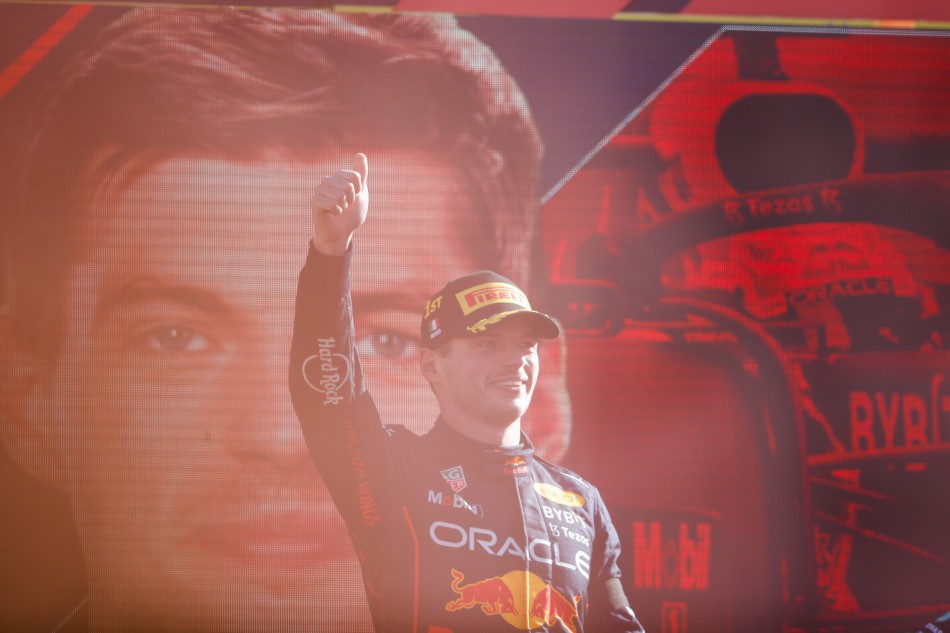 An engine-related penalty dropped Verstappen from second in qualifying to seventh on the grid but when the lights out at the start in Monza the Dutchman back was quickly on the attack.

McLaren’s Lando Norris got away poorly and Verstappen was able to power past the Briton and as Leclerc took the lead ahead of Russell, the Dutch quickly dismissed Alpine’s Fernando Alonso and Pierre Gasly to rise to fourth midway through the opening lap. And then, as he crossed the line to start the second lap, the champion powered past Ricciardo to take third place.

At the start of lap five  Verstappen then went past Russell into Turn 1 and he began to close on Leclerc who was just two seconds ahead. Russell held third with Ricciardo fourth ahead of AlphaTauri’s Pierre Gasly and Norris.

At the end of lap seven Sergio Pérez, who had started 13th dived towards the pit with smoke coming from his front right brake disc. He switch from medium to hard tyres and dropped to the back of the field]. The fire was soon out and he began to make his way back through the pack.

On lap 11, Sebastian Vettel’s Aston Martin ground to a halt and the Virtual Safety Car was released. Ferrari pitted Leclerc and he switched from starting soft tyres to a set of mediums. Verstappen opted to stay out and he took the lead as Leclerc rejoined in third place, just ahead of Ricciardo.

Ricciardo’s hold on fourth place didn’t last long, however, as when the VSC ended and the green flags were shown, the Australian was ambushed by Ferrari’s Carlos Sainz who charged through the order after starting from 18th place on the grid.

Verstappen pitted at the end of lap 25 and took on a set of medium tyres in a 2.4s stop. That handed the lead back to Leclerc with Verstappen rejoining in P2. The Dutchman was flying on his medium tyres, however, and after putting in a sequence of fastest laps he closed to just under six second of Leclerc. Ferrari reacted and pitted the Monegasque driver for a second time. He switched a new set of softs and rejoined in P2, 19 seconds behind the Red Bull man.

On lap 48, the race changed when McLaren’s Daniel Ricciardo pulled over at the side of the track between the Lesmo corners. The Safety Car was deployed and though the order didn’t change at the top, with the top four of Max, Leclerc, Russell and Sainz all pitting for soft tyres, the field bunched behind the Safety Car.

But with Ricciardo’s car stuck at the edge of the track and requiring a lengthy recovery, there was no time for the race to resume and the grand prix ended under the Safety Car, with Max crossing the line two seconds ahead of Leclerc.

“We had a great race,” said Versatppen. “On. every compound, we were quickest. And the deg was very good. So we had a really good race car. I was just controlling the gap at the end, but of course then the safety car came out. Unfortunately, we didn’t get a restart. But overall, we had again a really good day.”

With Leclerc second and Russell third, fourth place went to Sainz with Mercedes’ Lewis Hamilton fifth ahead of Pérez who climbed back through the field to sixth and also claimed the point for fastest lap. Norris finished seventh ahead of Gasly, while Nyck de Vries scored two points for Williams on his race debut. The final point on offer went to Alfa Romeo’s Zhou Guanyu.

Verstappen’s 11th win of the season, and his first at Monza, extends his lead in the Drivers’ Championship. The Dutchman now has 335 points, 116 ahead of Leclerc. Pérez sits in third place with 210 points, seven clear of Russell. In the Constructors’ Championship Red Bull now have a 139-point lead over Ferrari, with Mercedes third on 371 points.