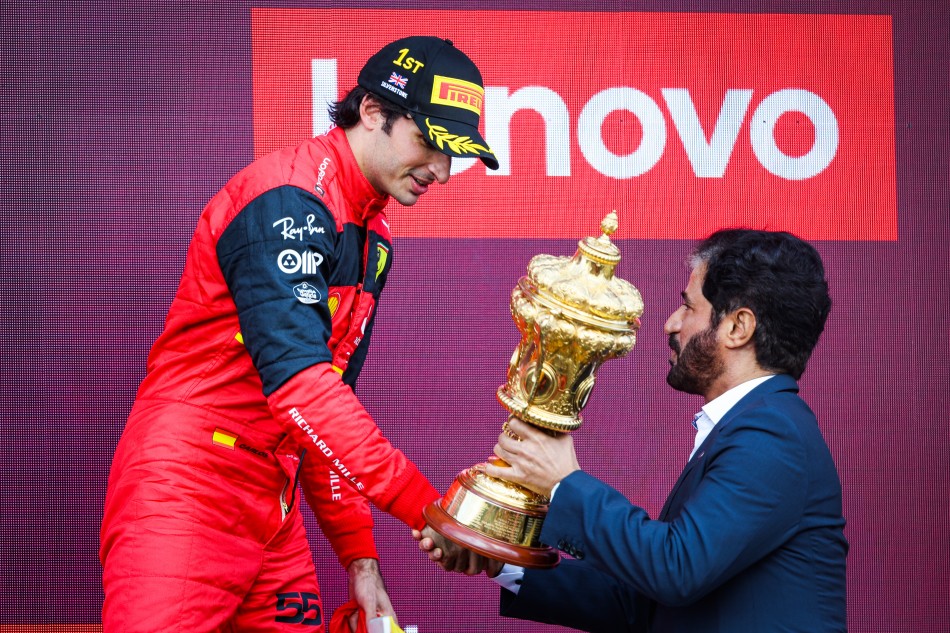 When the lights went out at the start, polesitter Sainz, on medium tyres, got away well, but Verstappen, on soft tyres, was quicker off the line and passed he passed the Spaniard as they headed towards Turn 1. Behind the front pair, Leclerc bogged down and he was passed by Hamilton. Pérez also made a slow getaway and he was passed for fifth by Alpine’s Fernando Alonso.

At the lower end of the top 10, however, Mercedes’ George Russell and Alfa Romeo’s Zhou Guanyu got away badly and they were engulfed by the medium-tyre starters around them.  Williams’ Nicholas Latifi slipped between the pair to steal eighth place. Starting from 11th, AlphaTauri’s Pierre Gasly tried to make the same move, but as he did so Russell drifted to the left and there was contact. That pitched the Mercedes into Zhou’s Alfa. The Chinese driver’s car was flipped over and it slid through the gravel trap where it was launched over the tyre barriers into the catch fencing.

Behind the incident, Valtteri Bottas lifted in the second Alfa Romeo to avoid becoming embroiled in the smash and behind him Williams’ Alex Albon also backed off. Unsighted, Aston Martin’s Sebastian Vettel hit the back of Albon’s car and the Thai driver was sent into the wall on the right side of the pit straight. He bounced back into the path of AlphaTauris’s Yuki Tsunoda and Alpine’s Esteban Ocon. The race was immediately red-flagged. Thankfully, Zhou was eventually helped from his car and taken by ambulance to the medical centre, as was Albon. Both were later cleared of any injury.

With the barriers requiring repair there was a long delay but after a little over 50 minutes the field formed on the grid, in original order as not all cars had reached the SC2 line, for the restart, taken by Verstappen and Sainz on medium tyres.

And when the lights went out for the second time, Verstappen immediately put pressure on Sainz, but the Spaniard held the lead as they emerged from Turn 1. Behind them Leclerc made a move down the inside into Turn 4 to try to pass Pérez. There was contact and the Mexican’s front wing was damaged. Leclerc then attacked Verstappen and as they went through Turn 4 thjey banged wheels, but the Dutchman was able to hold on to P2.

With a portion of his front wing missing, Pérez was struggling to hold on to fourth place and at the end of lap five he pitted for a replacement and for more medium tyres. He rejoined at the back of the field in P17 and his pit stop freed Hamilton into fourth place ahead of McLaren’s Lando Norris.

On lap 10 Sainz found himself just eight tenths of a second ahead of Verstappen and was reporting that the Red Bull was quicker. And under pressure from the Dutchman Sainz made a mistake on the exit of Becketts and he drifted off track. Verstappen pounced and as they went onto the Hangar Straight he took the lead.

On lap 12, though, Verstappen suddenly slowed on the Hangar straight and Sainz and Leclerc swept past. The Dutchman pitted for new tyres in case of a puncture but was later told that he had sustained floor damage and that though he would suffer a loss of load and performance he was fit to continue.

At the front, Leclerc was pressing to be allowed to pass his team-mate and that allowed Hamilton to close to within three seconds of the lead. Ferrari’s solution was to pit Sainz at the end of lap 20 to cover Hamilton and to give Leclerc a chance to outpace Hamilton. Sainz took on hard tyres and rejoined in P3.

Further back, Pérez was storming through the order as others pitted around him and by lap 22 the Red Bull driver had climbed to P8, 1.9s behind Ocon. Verstappen then pitted again at the end of lap 23. He switched to hard tyres and rejoined in P8 behind Vettel.

Leclerc made his first stop at the end of lap 25 and in a 2.8s halt he made the switch to hard tyres, resuming behind Sainz. That handed the lead to Hamilton and gave him an opportunity to stretch his legs before his own pit stop.

Leclerc, though, began to bring his new hard tyres up to temperature and he was soon reeling off fastest laps. On lap 30 Hamilton had 19 seconds in hand over Leclerc and the pit window was wide open. The danger eventually became apparent to Ferrari and after Sainz failed to match the target times set, the Italian squad swapped the positions and Leclerc took over in the lead. At the end of lap 33 Hamilton finally made his way to pit lane. But the Mercedes driver’s stop was a slow four seconds and he emerged behind Sainz in third place.

Further back, on lap 35, Norris made a pit stop for hard tyres and that handed fourth place to Pérez, though the Mexican would need another stop. Verstappen, meanwhile, was in eighth place but coming under heavy pressure from Ocon and at the end of lap 36 the Frenchman powered past the struggling Dutch driver under DRS on the Hangar Straight.

Ocon’s hold on P8 was short, however. On Lap the Alpine driver slowed and he was forced to stop on the old pit straight. Verstappen swept past and moments later the Safety Car was deployed.

Sainz and Hamilton pitted for soft tyres but Leclerc missed the moment and he was forced to stay out on 14-lap-old hard tyres. The Safety Car also played into Pérez’s hands as he got a free stop, took on soft tyres and kept hold of fourth place. Verstappen also pitted for the red-banded rubber.

The Safety Car left the track at the end of lap 42 and Sainz clung to the back of Leclerc and Pérez honed in on Hamilton. And in Turn 4 Pérez made a brave move past Hamilton on the inside through Turn 4. Ahead Leclerc briefly went off track and Sainz pounced to once again take the lead.

And what followed was a titanic battle for second place. While Sainz opened a four-second lead, Leclerc, Pérez and Hamilton tussled furiously for position and on lap 46 it was Pérez who emerged in second ahead of the Ferrari and the Mercedes. Hamilton then passed Leclerc and the finishing positions at the front were set.

And after 52 exhilarating  laps Sainz crossed the line to take his first win ahead of Pérez and Hamilton, while Leclerc was forced to settle for fourth place ahead of Alonso and Norris. In the closing stages Verstappen came under heavy pressure from Haas’ Mick Schumacher in the closing laps but the Dutchman still had too much pace for the German driver and he claimed a battling seventh place ahead of the Haas. Ninth place went to Vettel and Haas’s Kevin Magnussen claimed the final point. 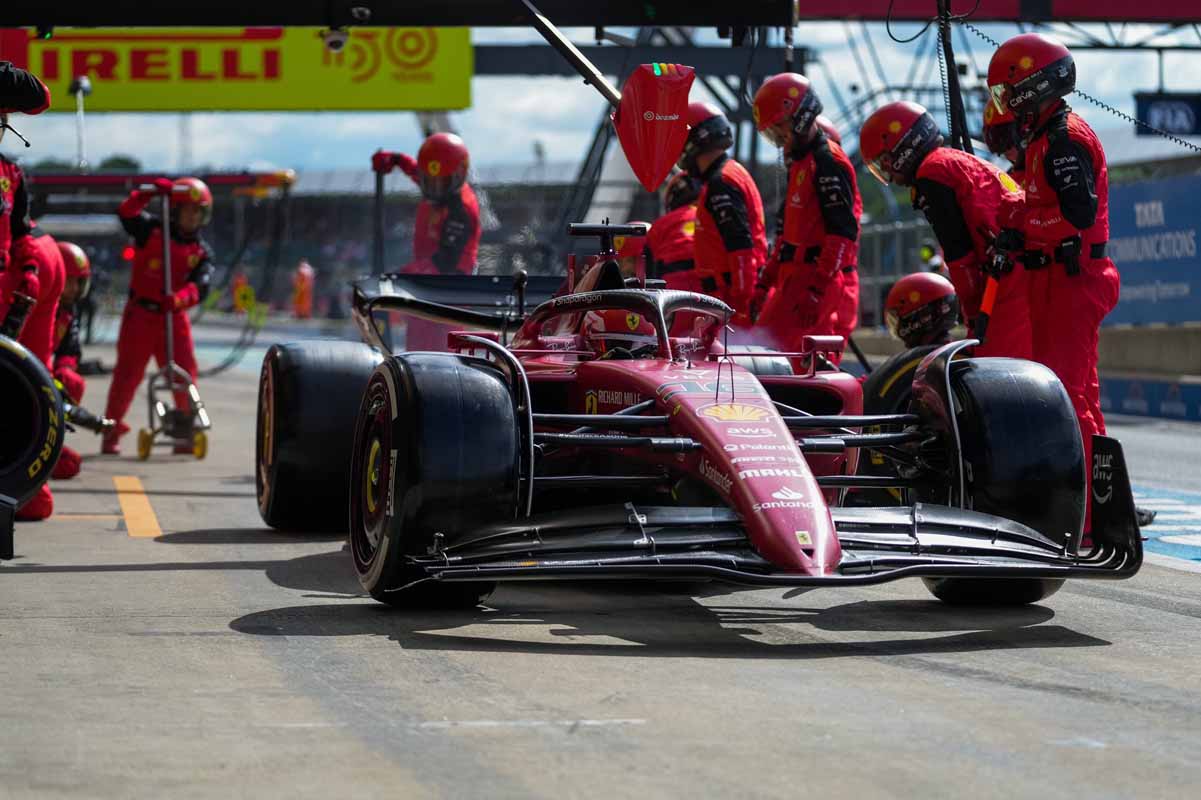 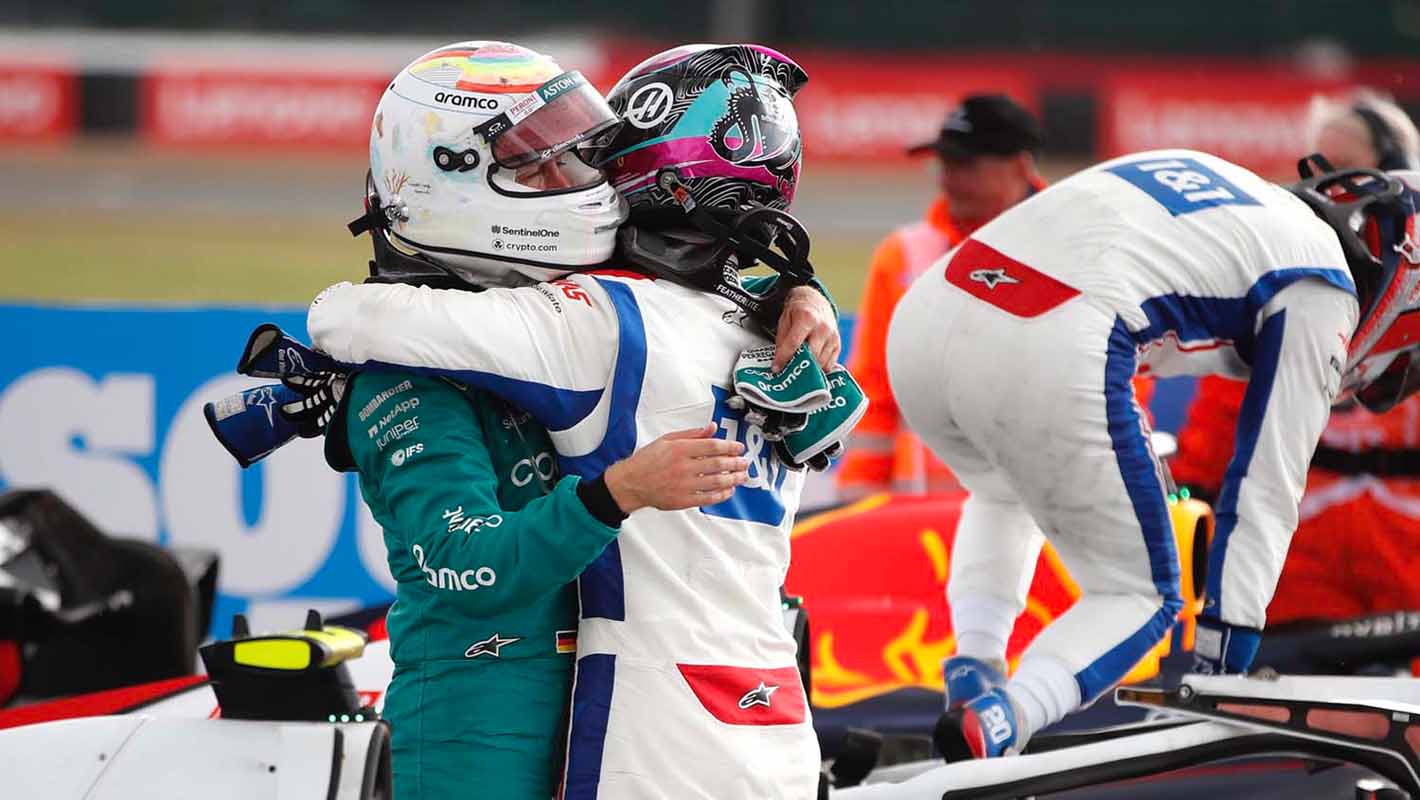 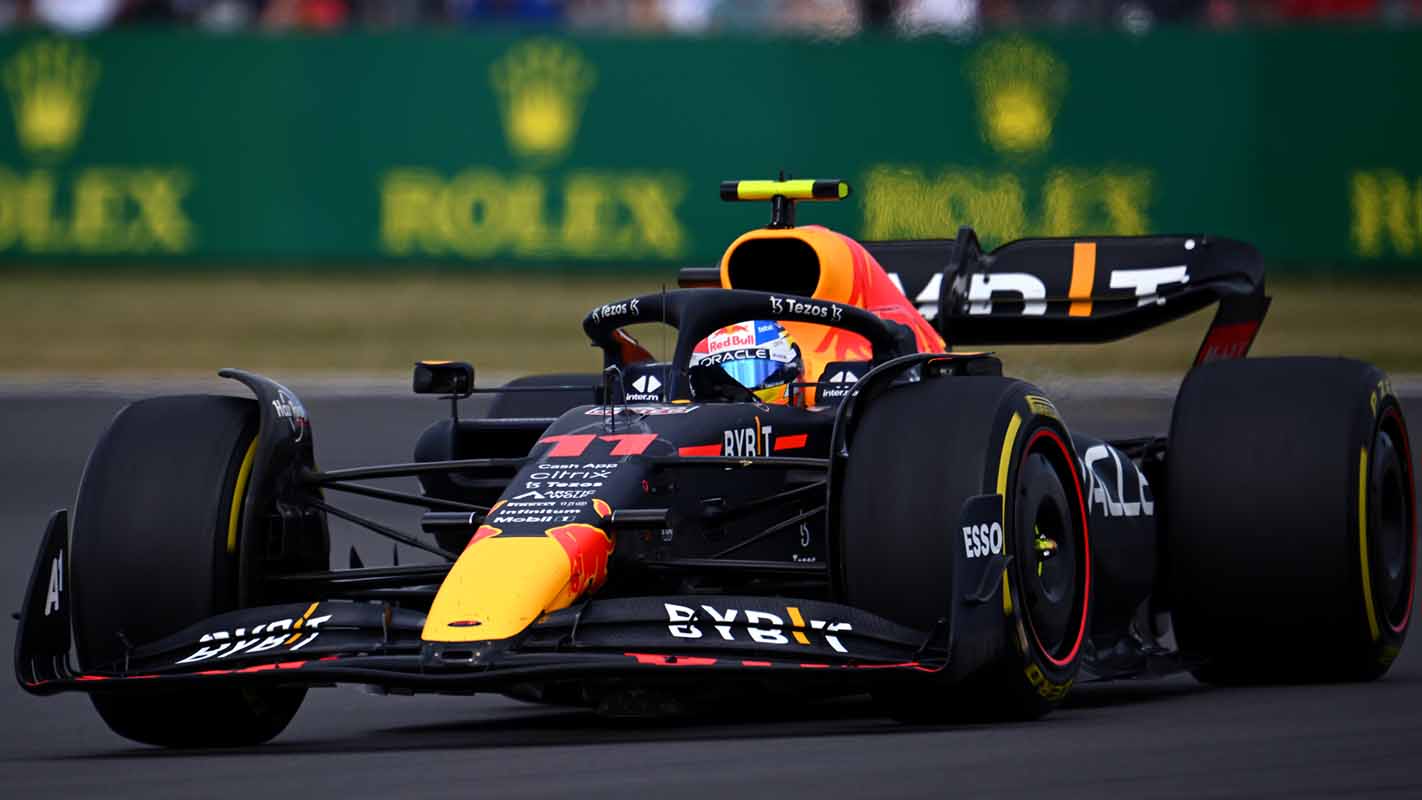 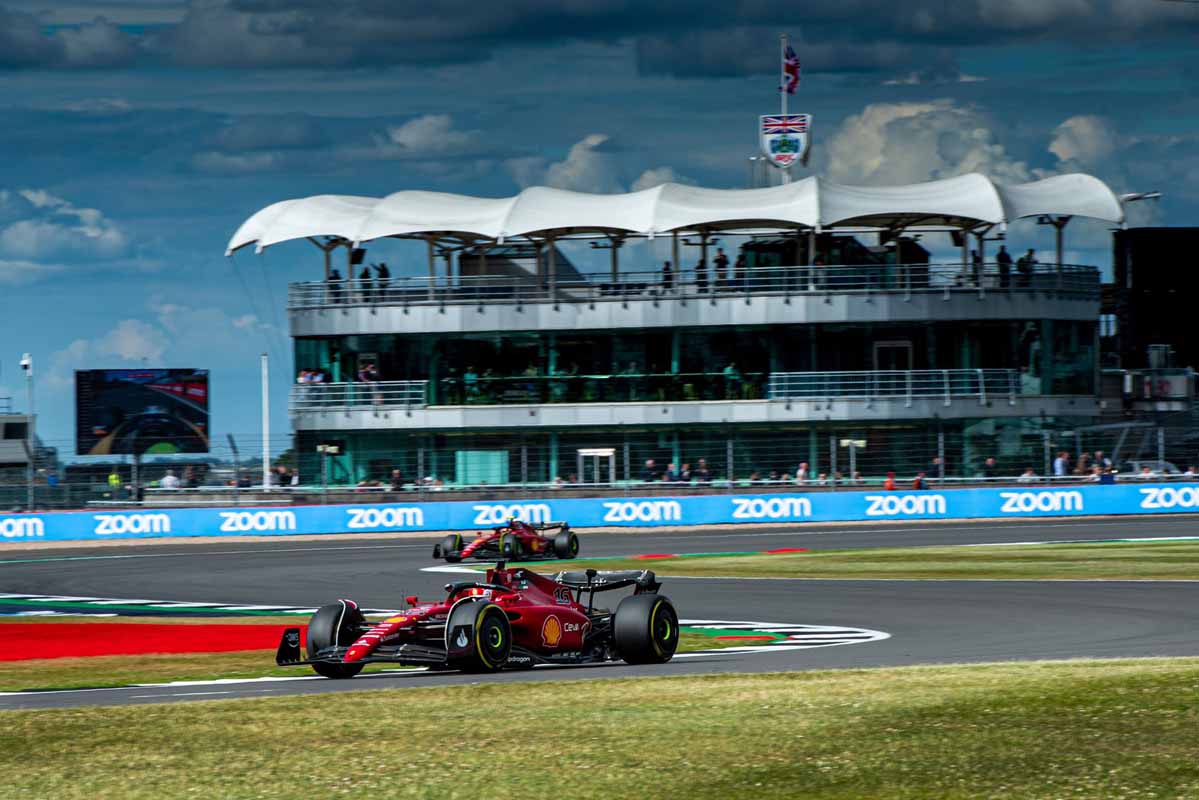 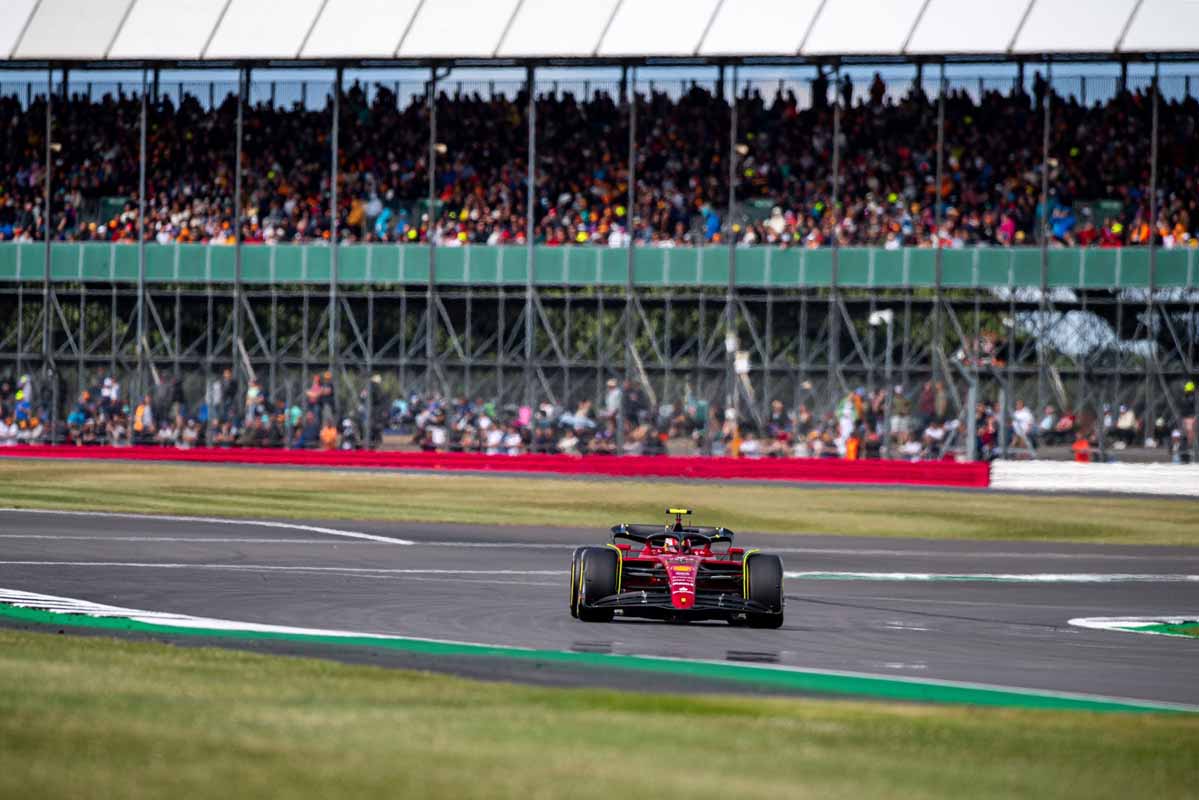 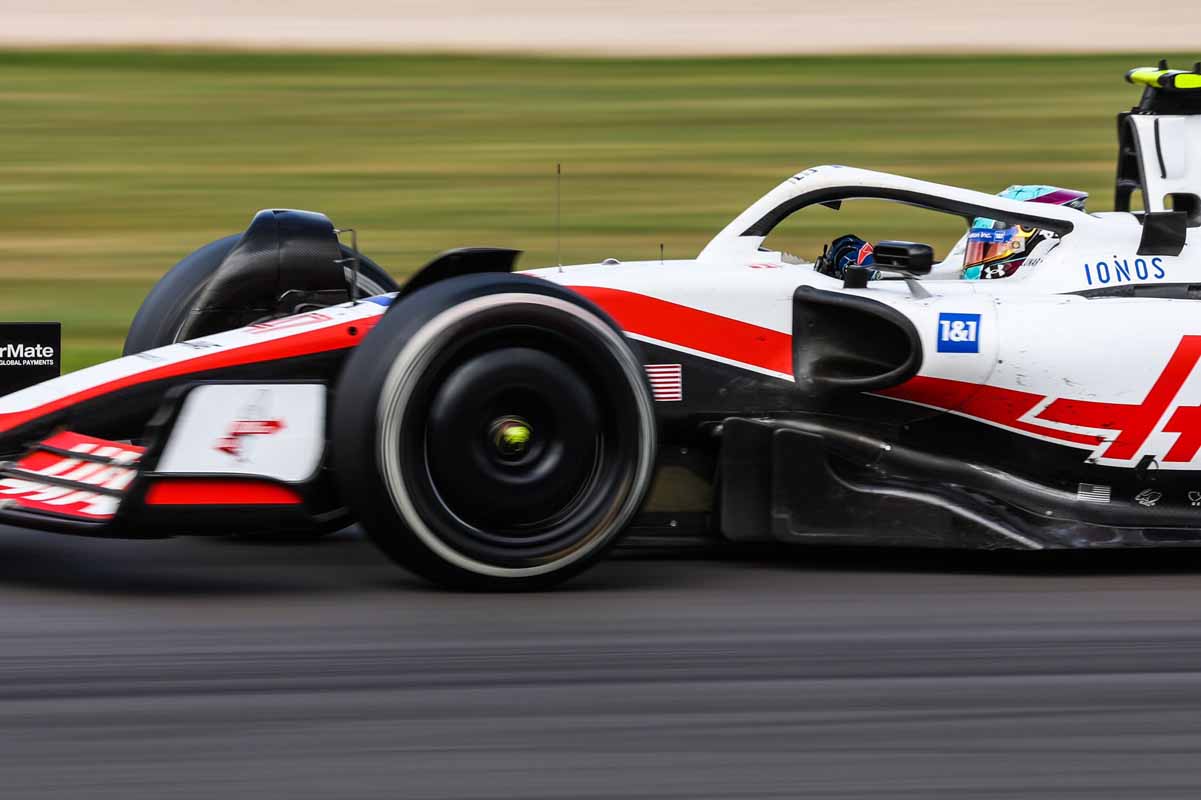 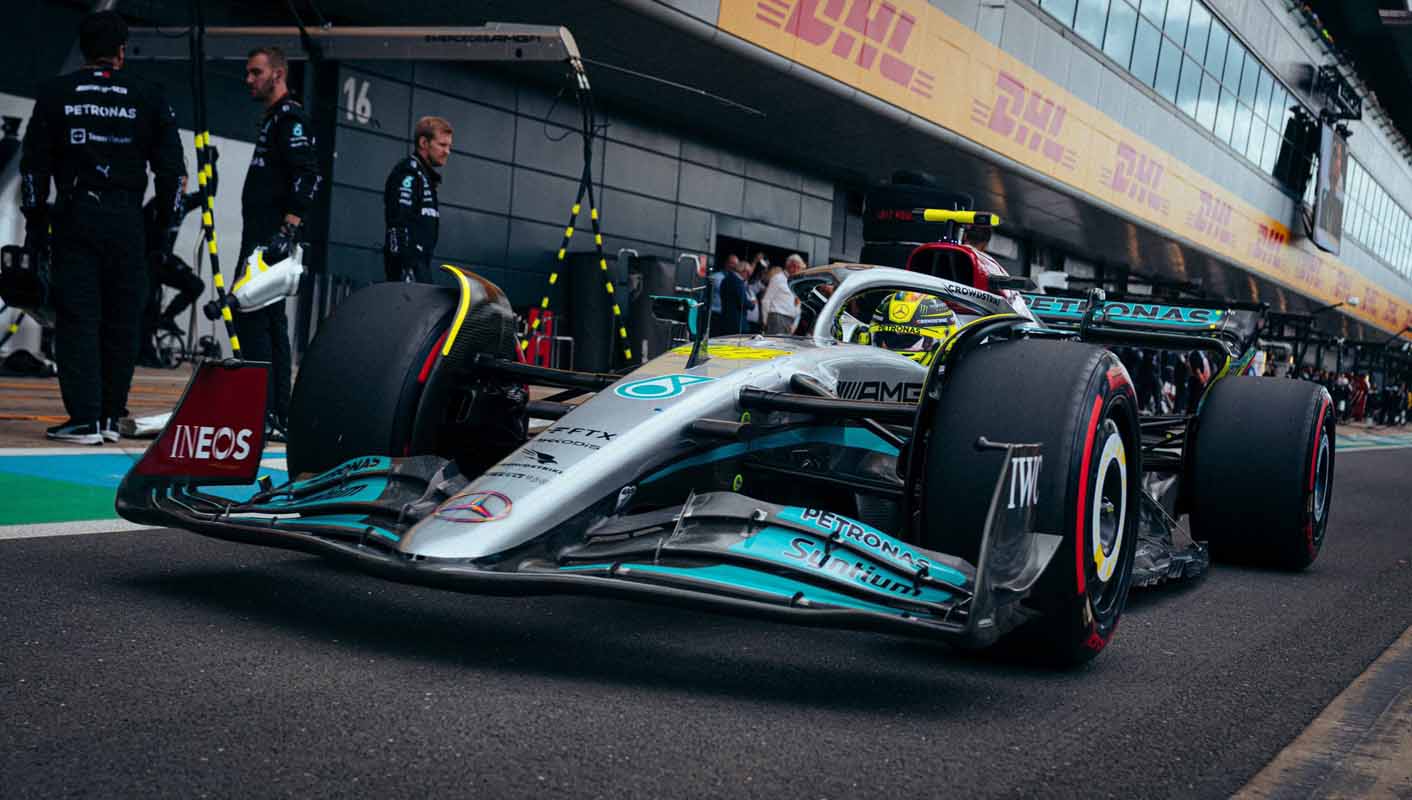 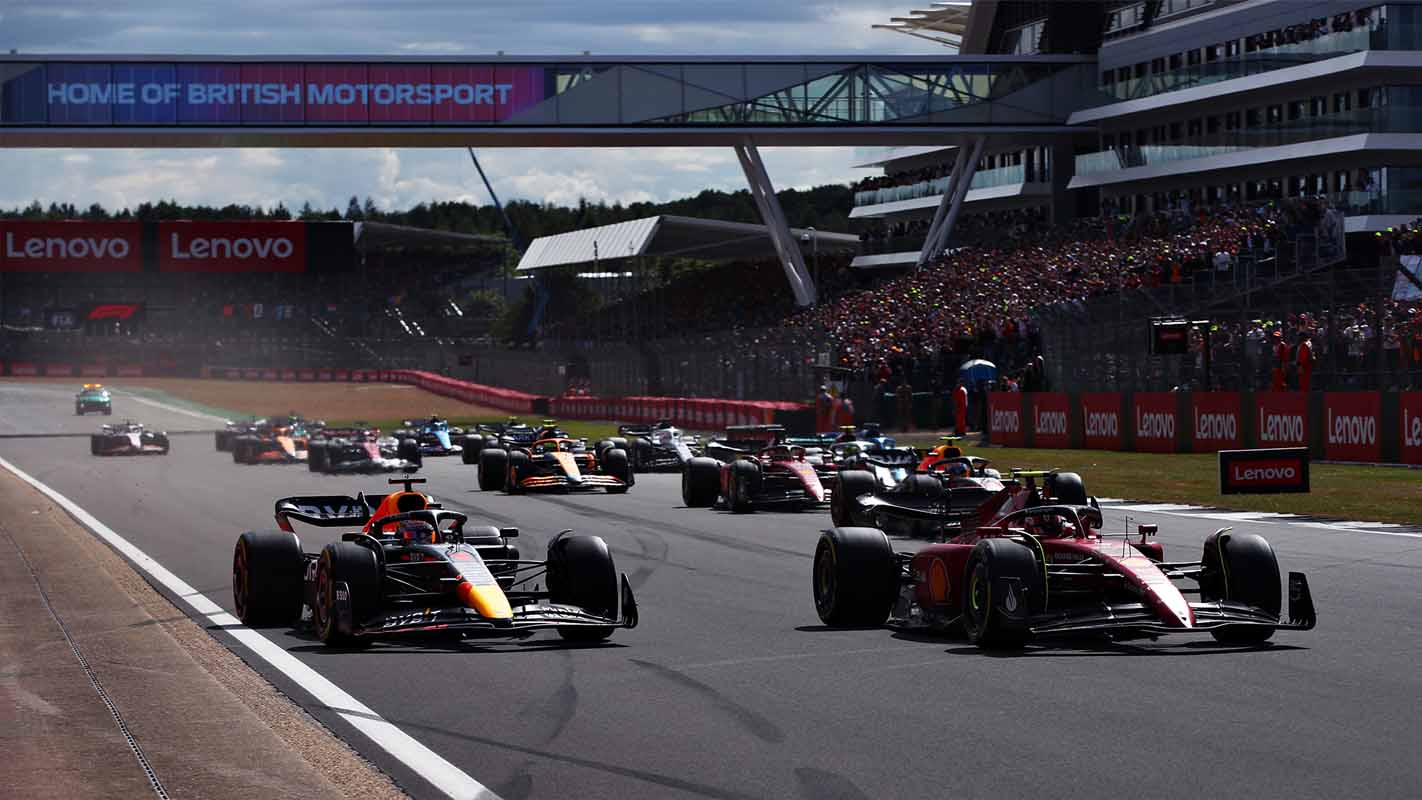 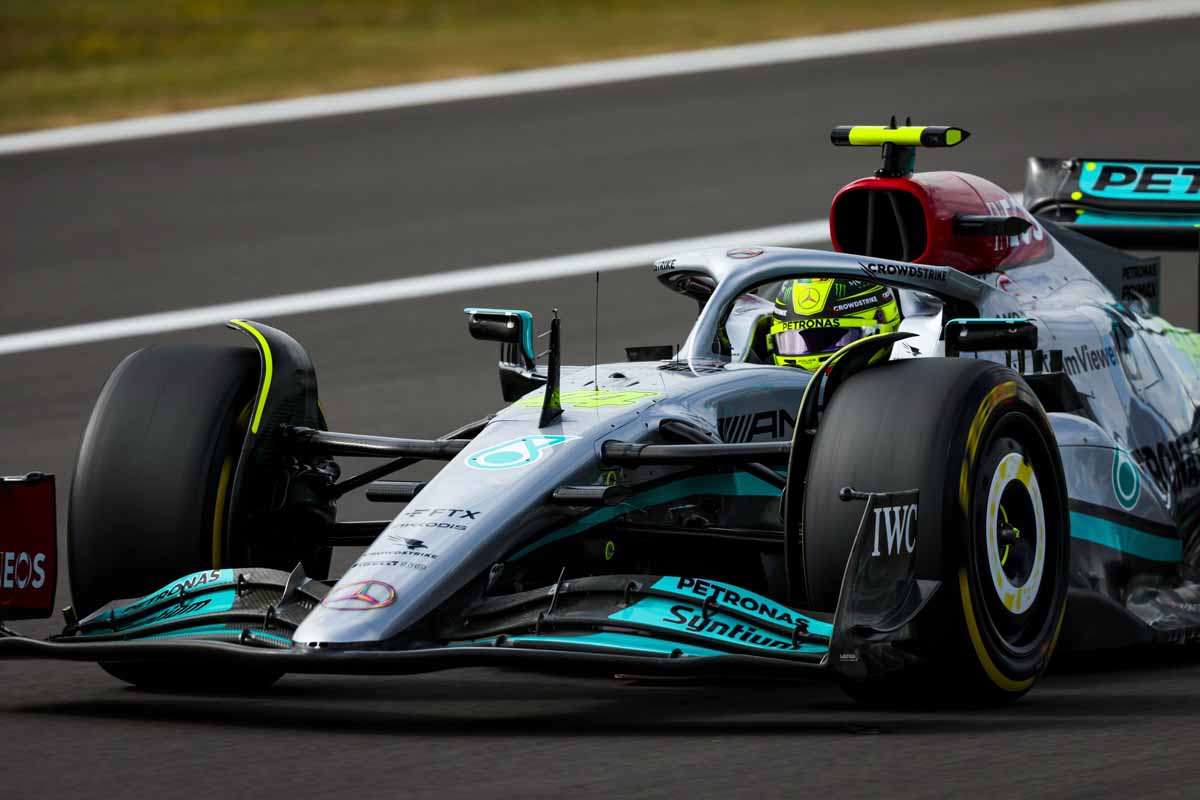 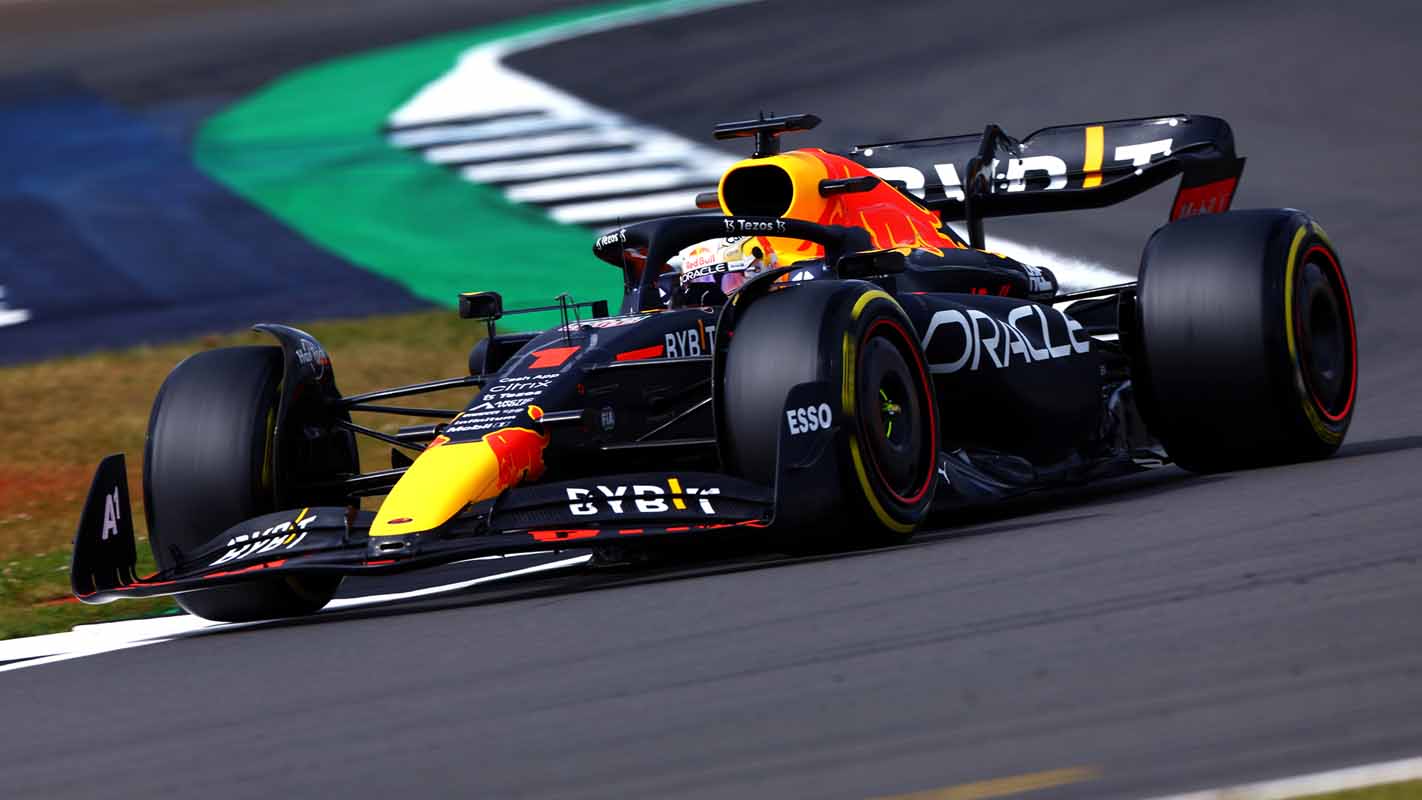 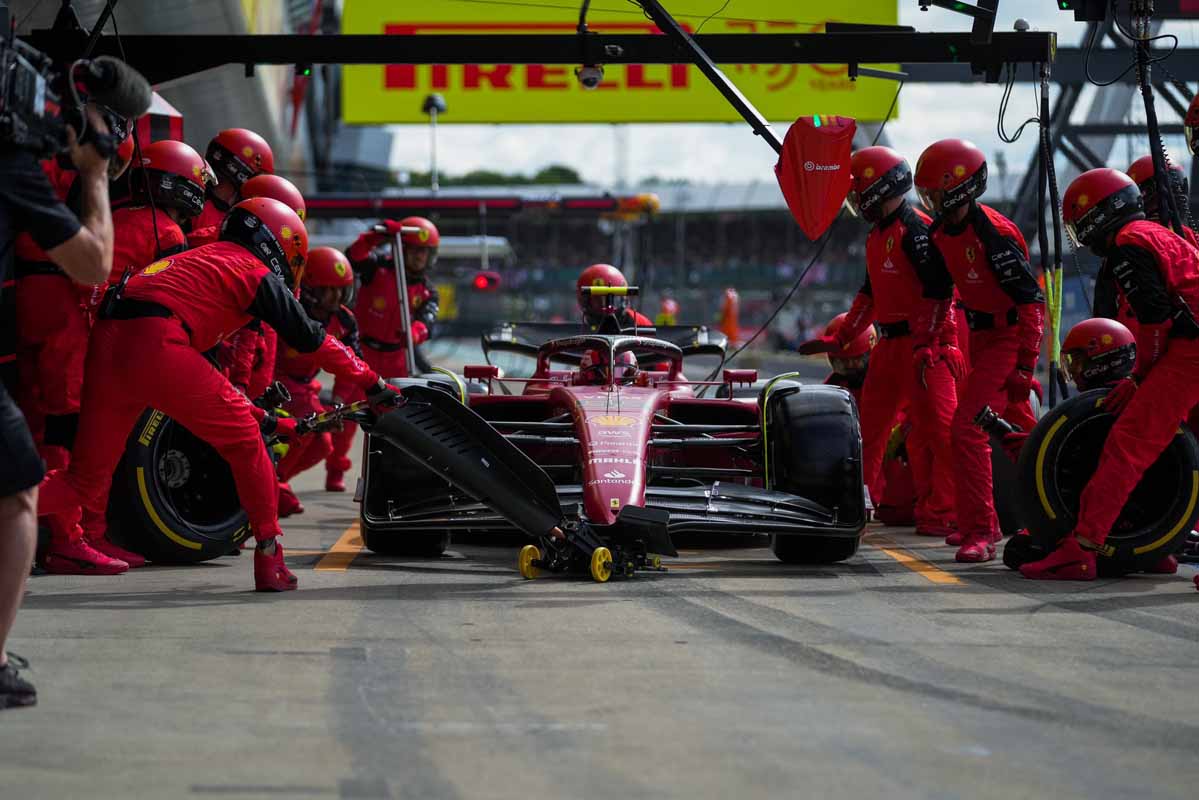