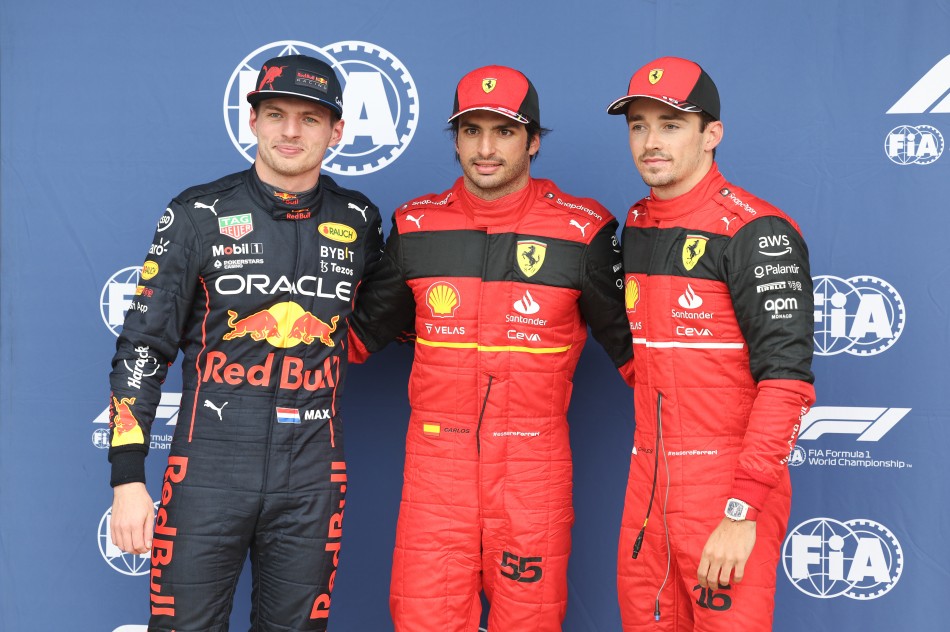 Carlos Sainz claimed the first pole position of his Formula 1 career in Qualifying for the 2022 FIA Formula 1 British Grand Prix, with the Spaniard set to line up ahead of championship leader Max Verstappen, whose final flying lap in the tricky wet-drying session was hampered by yellow flags displayed in the wake of a spin for Sainz’s Ferrari team-mate Charles Leclerc who will line up in third place for tomorrow’s race at Silverstone.

Just ahead of the start of Q1 began to fall across Silverstone and with conditions forecast to worsen in Q1, a queue of cars formed at the pit exit, all on intermediate tyres.

The predicted deterioration didn’t materialise, however, and on an improving track top spot changed hands frequently. Then, with just over seven minutes on the clock, Verstappen made a major gain, taking over two seconds out of his previous best with a lap to set a benchmark of 1:40.452. Leclerc crossed the line three tenths of a second behind the Dutchman to take second ahead of Ferrari team-mate Sainz and fourth-placed Sergio Pérez in the second Red Bull. Verstappen then lowered the benchmark further with a lap of 1:39.975 with a little over three minutes remaining.

In the final moments of the segment, Leclerc went quickest with a lap of 1:39.846. Verstappen was just behind the Ferrari on track, however, and when he crossed the line he jumped back to top spot with a lap of 1:39.129. Third place went to Mercedes’ George Russell who finished ahead of Sainz and Lewis Hamilton while Pérez made it through in sixth place.

Eliminated at the end of Q1 were Williams’ Alex Albon in 16th place, Haas’ Kevin Magnussen, while Sebastian Vettel and Lance Stroll, in 18th and 20th, were split by the second Haas of Mick Schumacher.

Q2 got underway in steady light rain, conditions the circuit weather forecasters indicated would hold until the end of Q3. It meant more intermediates for the field and on his first flyer Verstappen again took top spot. The Dutch driver’s 1:41.486 and as the session wore on and even as the rain intensified the Dutchman found more time to improve to 1:40.655. And when the flag fell he took P1 four tenths of a second ahead of Hamilton who improved to 1:41.062, while Leclerc claimed third, just under two tenths behind the Mercedes driver. Sainz took the flag in fourth ahead of Russell and Norris, while Alpine’s Fernando Alonso made it through to Q3 ahead of Checo, Zhou, and Williams’ Nicholas Latifi made it to the top-10 shootout for just the second time in his career, following a 10th-placed start in Belgium last year.

Ruled out at the end of Q2 were AlphaTauri’s Pierre Gasly was ruled out of the remainder of the session in 11th place ahead of Bottas, the second AlphaTauri of Yuki Tsunoda, McLaren’s Daniel Ricciardo and Alpine’s Esteban Ocon.

Ahead of the final 12-minute session conditions rapidly improved and when the green light went on at the end of the pit lane, the rain had stopped. Inters were still the order of the day and Ferrari were first on track on the green-banded tyres but at the end of the first flyers it was Zhou who was quickest on a time of 1:49.454 ahead of Norris, Leclerc and Pérez. Verstappen, meanwhile, pushed too hard at the end of his lap spun. The Dutchman was able to keep out of trouble but he ended his first flyer at the bottom of the top 10.

Leclerc then made his way to a P1 time of 1:44.844. Verstappen, trouble-free on his second flyer, posted a time of 1:44.887 to get close to Leclerc and then with his next lap the Red Bull driver powered to 1:42.996 on the improving track to take P1 for the first time in Q3 ahead of Leclerc and Hamilton.

The top four made it across the line just before the flag fell, but on the final flyer of the session, it was Sainz who made the most of the improving track and while Leclerc had a spin on his final flyer and was forced to settle for third place on the grid and Verstappen’s middle sector was compromised by the yellow flags for the Monegasque driver and took second place, Sainz managed to stay out of trouble and crossed the line in 1:40.983 to take the first pole position of his F1 career. Pérez claimed fourth place ahead of Hamilton, Norris and Alonso. Russell will start in eight place ahead of Zhou and the final top-10 position was taken by Latifi. 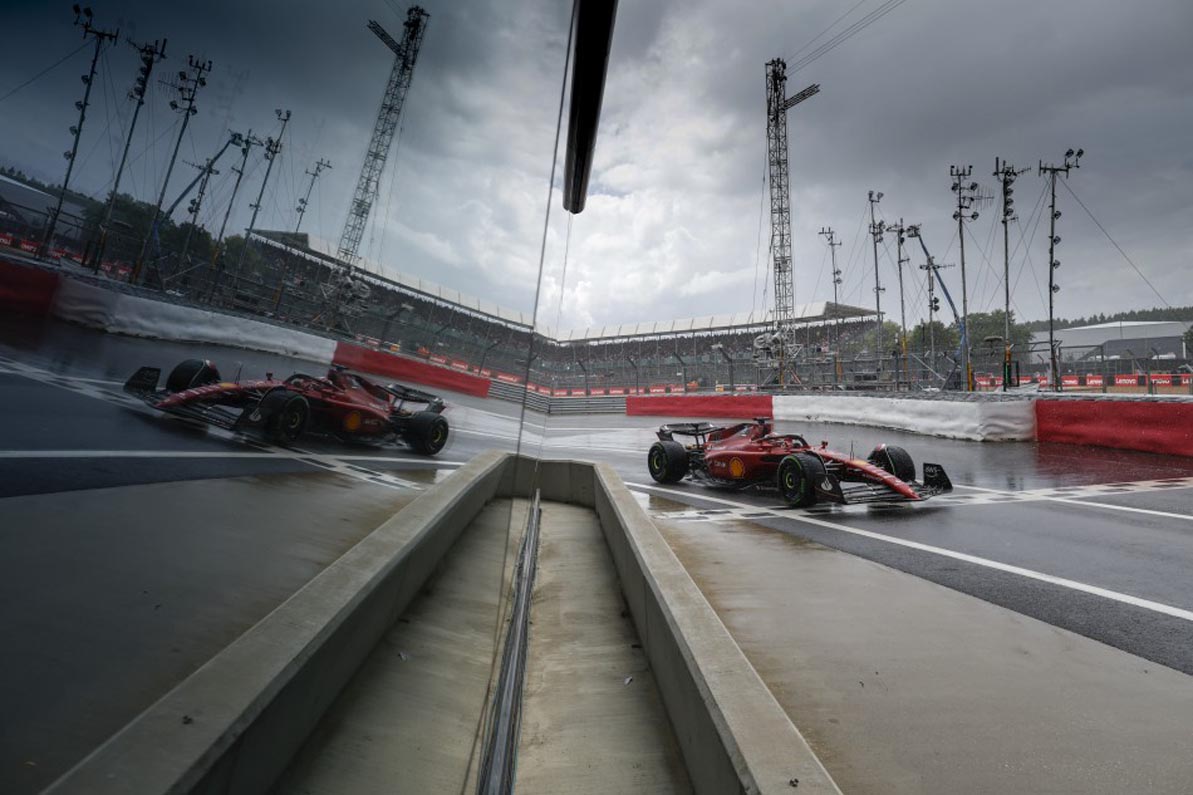 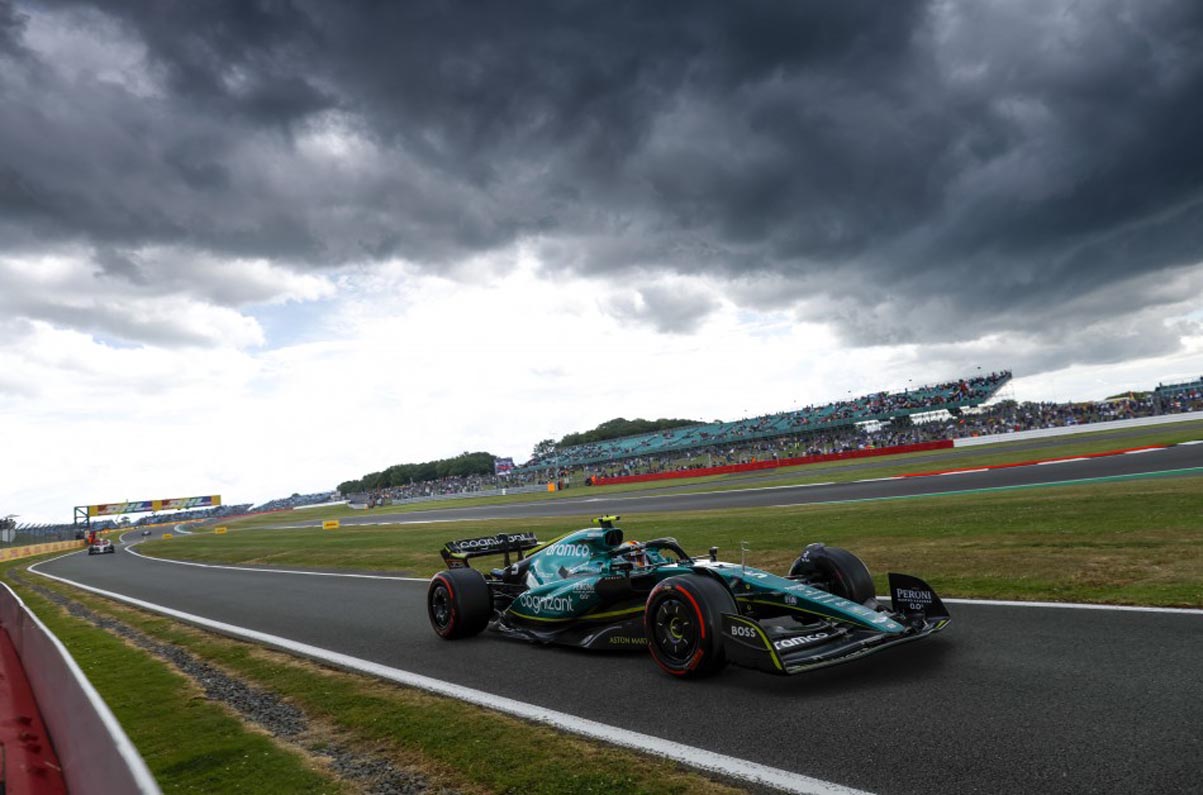 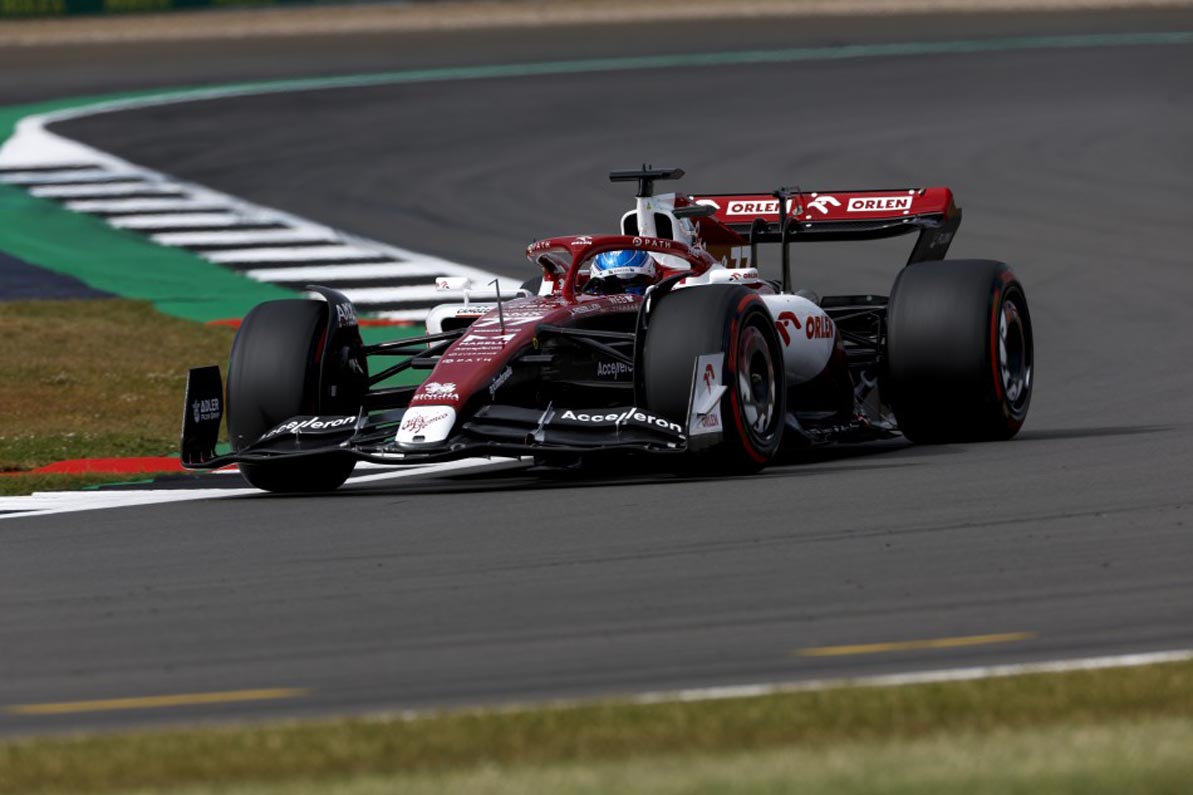 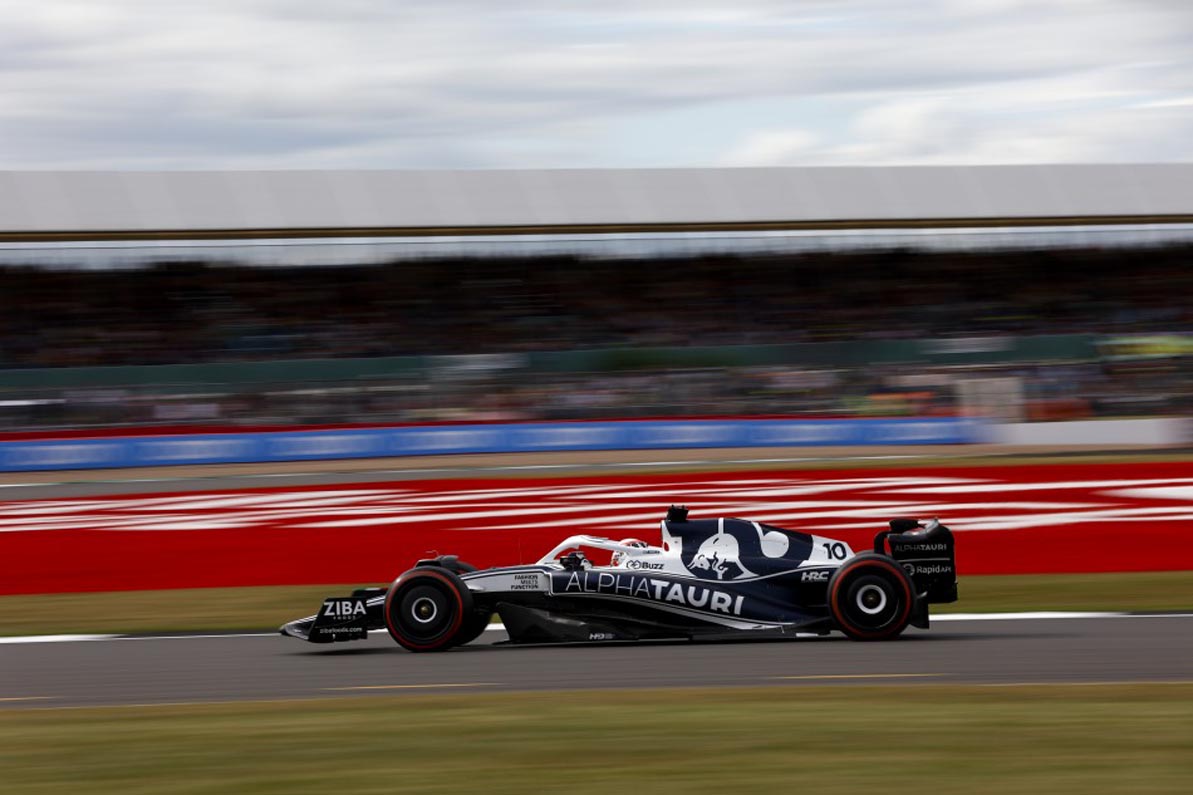 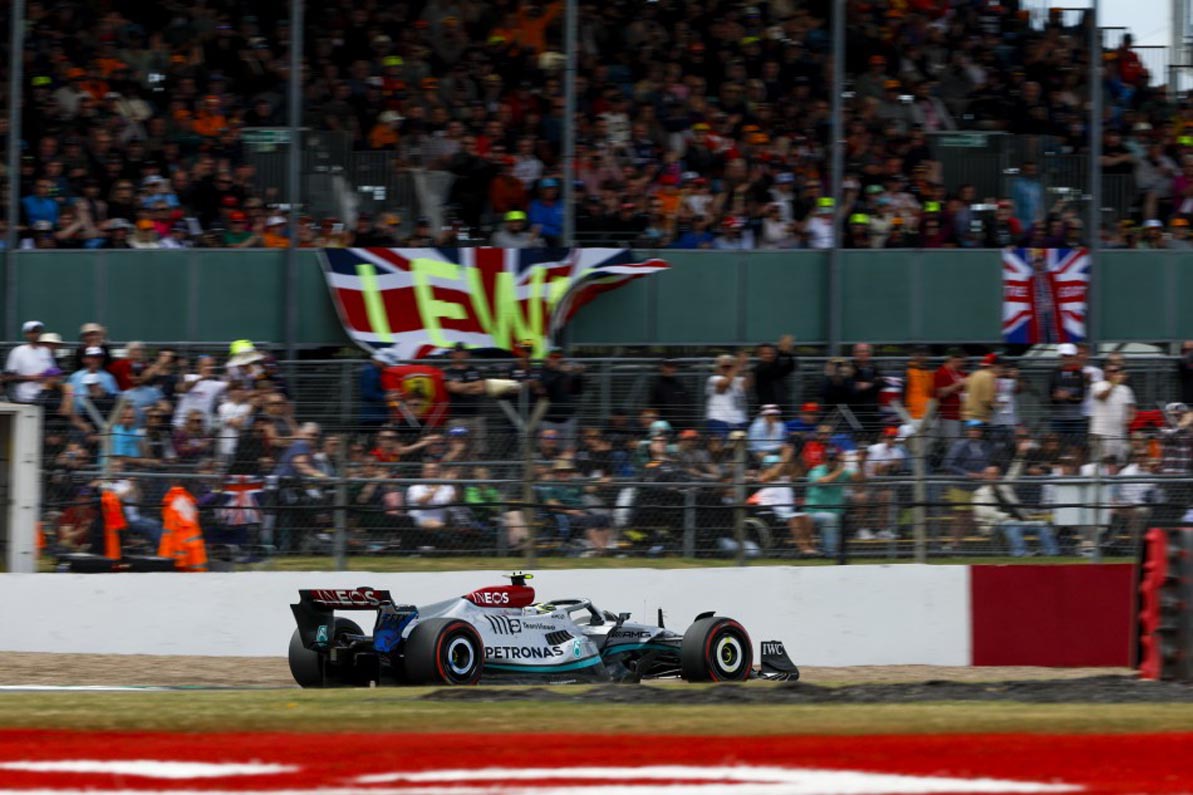 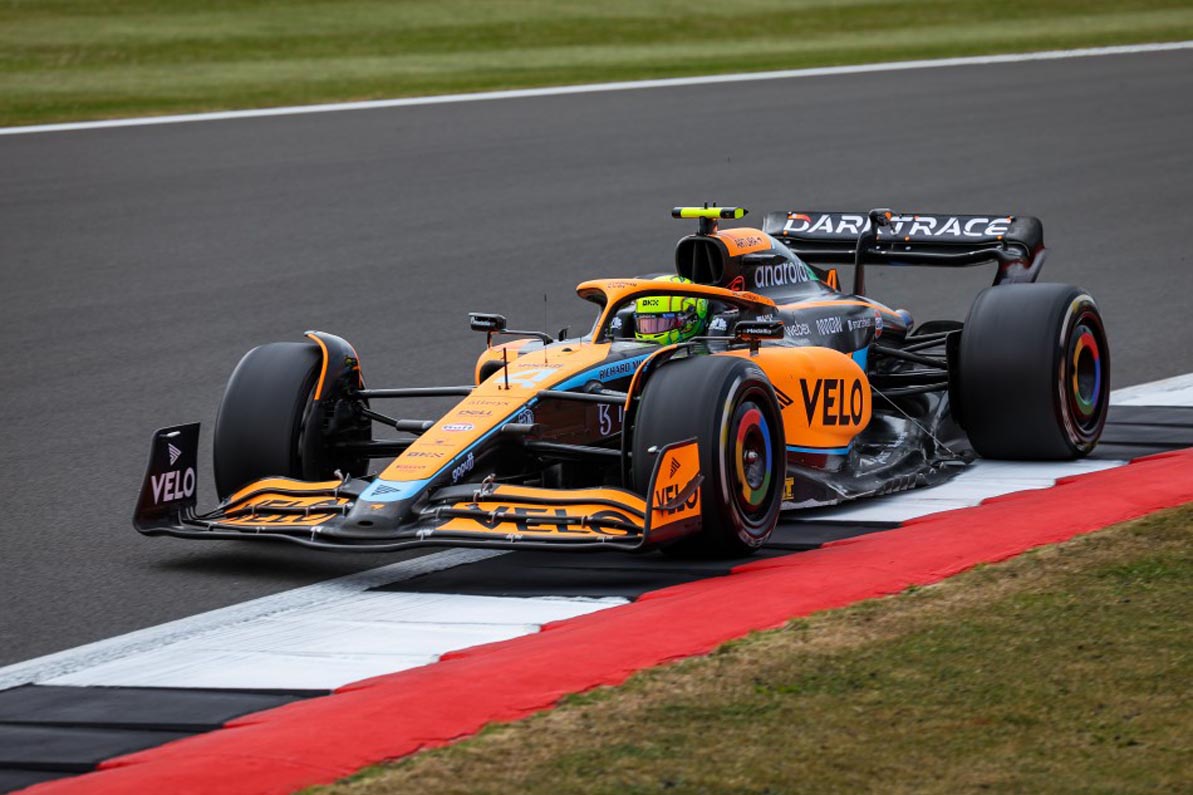 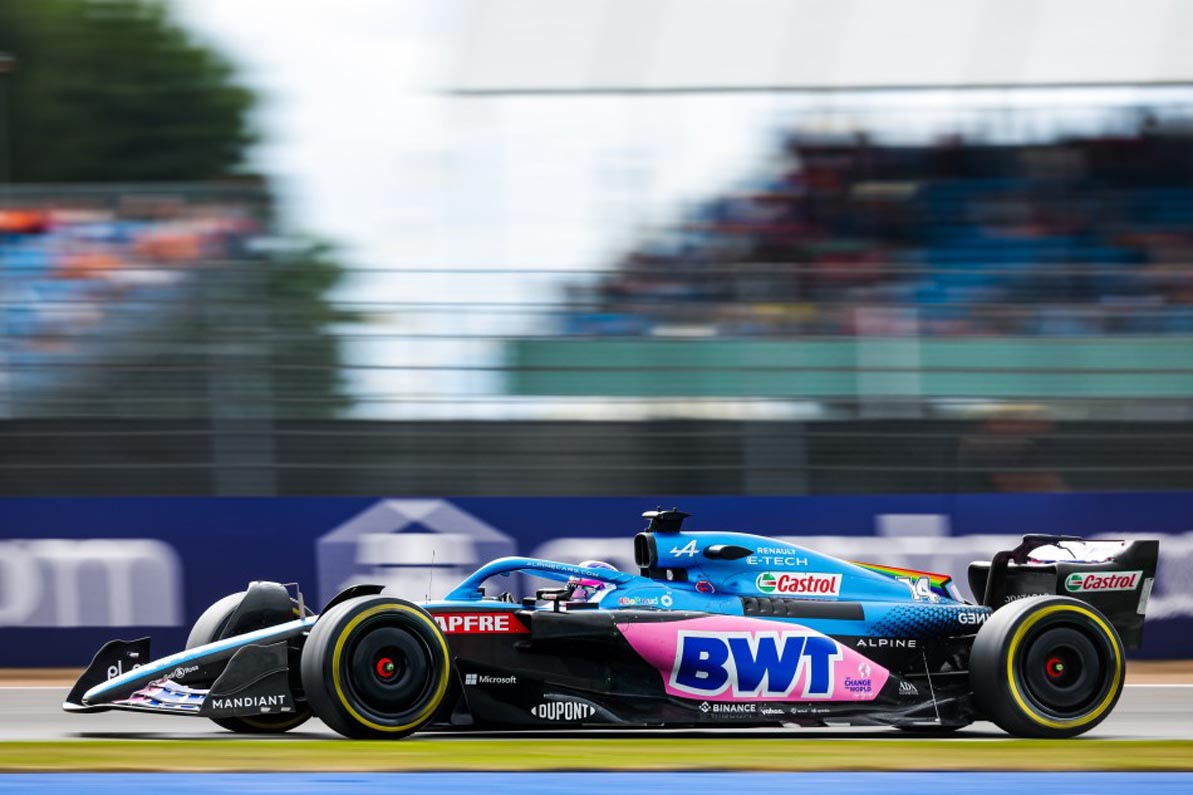 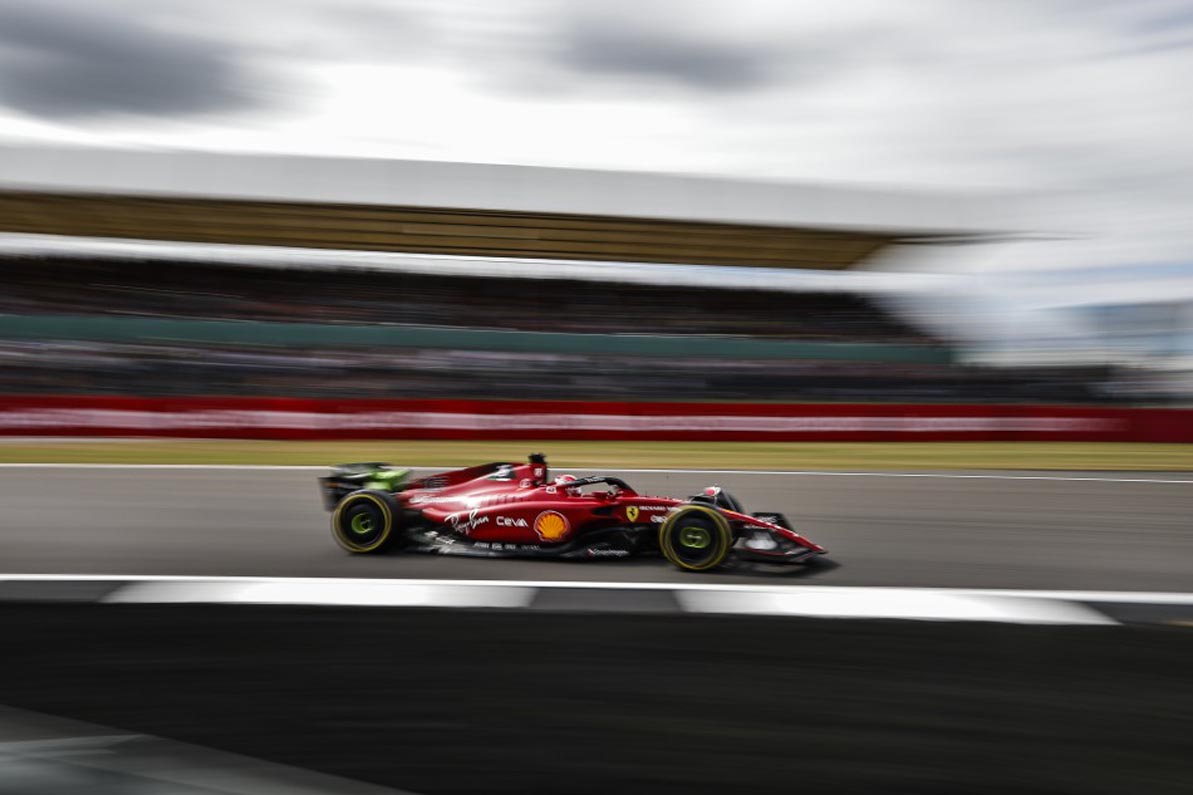 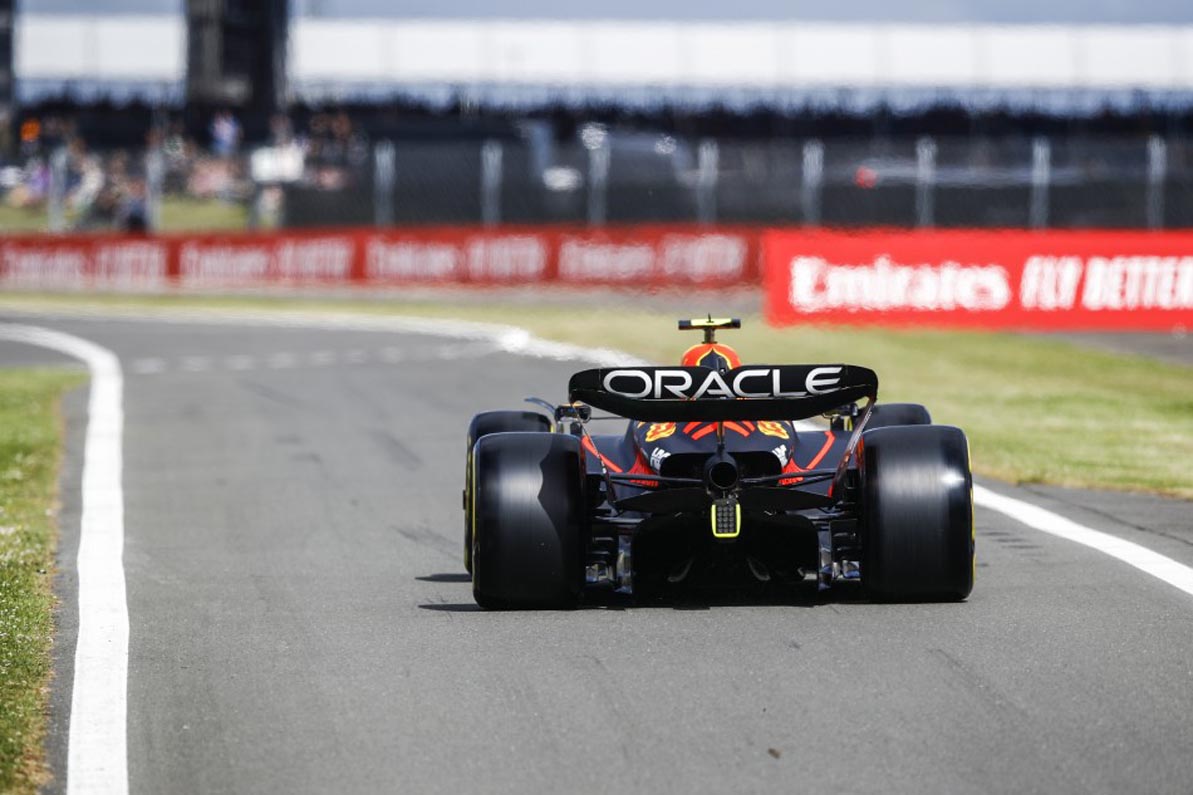