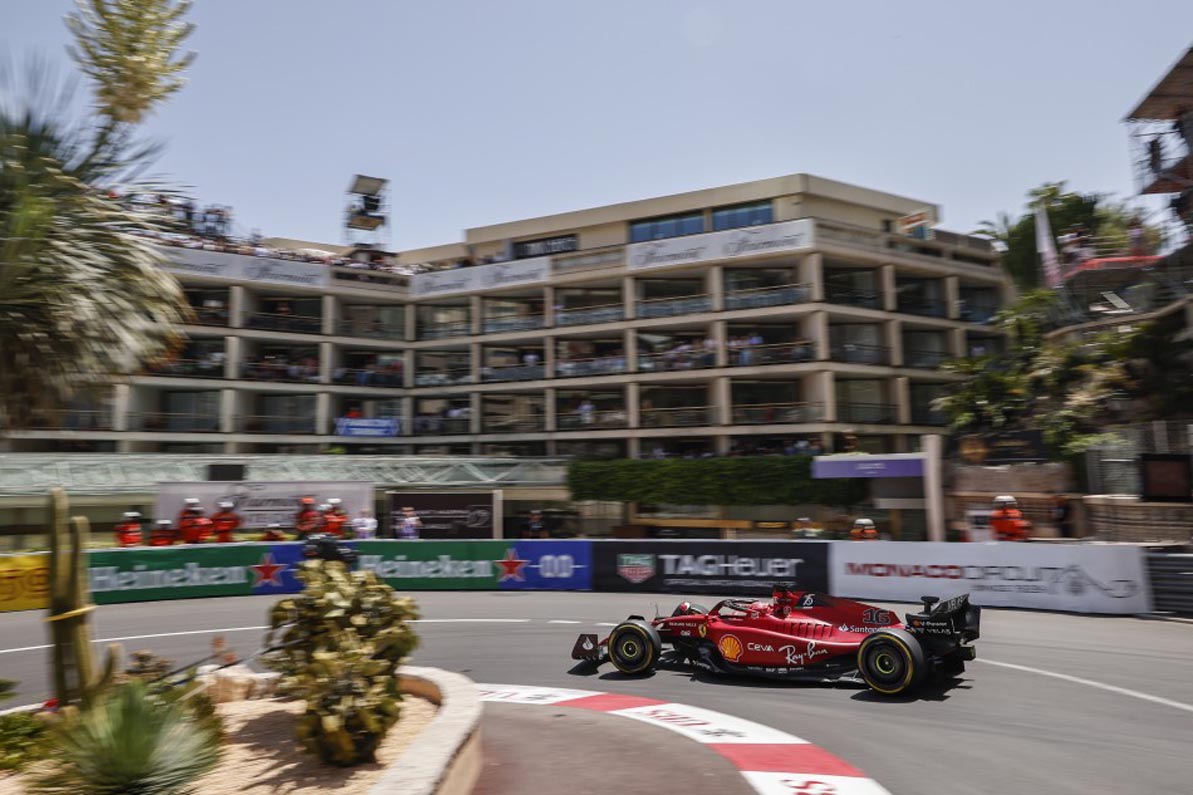 Charles Leclerc claimed pole position for his home race, the Monaco Grand Prix as Red Bull’s Sergio Pérez crashed in the final moments of the session to bring qualifying to an early end. Leclerc’s team-mate Carlos Sainz qualified second to hand Ferrari a front-row lockout, with the unfortunate Pérez third ahead of tyeam-mate Max Verstappen

At the start of the session it was Pérez and Verstappen who made the early running with Driver’s title leader Verstappen setting an opening time of 1:14.295, seven hundredths ahead of Pérez. They were briefly eclipsed by Alpine’s Fernando Alonso but on his second flying lap, Pérez improved to 1:13.292 to take back top spot. After having his lap deleted for a track limits infringement in Turn 10, Sainz then slotted into second place ahead of Verstappen

Leclerc finally made it to top spot as the halfway mark in Q1 arrived and the local hero claimed P1 with a lap of 1:12.939, three tenths ahead of Pérez. Verstappen then jumped ahead of his team-mate, just under six hundredths of a second off the lead Ferrari, before Leclerc made a major improvement to 1:12.569. Moments later Sainz jumped from fourth to second with a lap just under five hundredths of a second slower than his teammate, leaving the Red Bulls in P3 and P4.

Mercedes’ George Russell put in a good lap of 1:12.787 and then the session was halted. AlphaTauri’s Yuki Tsunoda clipped the barrier at the Nouvelle Chicane and picked up a puncture. With debris lying on the track the red flags were flown with two-and-a-half minutes left in the segment. Tsunoda was able to make it back to pit lane for repairs.

When running resumed, the top five elected to stay in pit lane, while at the other end of the order the battle to avoid Q1 elimination began.

At the start of the final runs Daniel Ricciardo, in P16 with a lap of 1:14.062, was the driver most in danger, but the McLaren driver eventually rose to P11 to book a berth in Q2. Alpine’s Esteban Ocon and McLaren’s Lando Norris also improved to fourth and fifth respectively to leave Verstappen and Pérez with sixth and seventh at the end of Q1.

Headed for the exit at the end of the opening segment, however, were Williams’ Alex Albon in P16 , followed by AlphaTauri’s Pierre Gasly, who failed to get a final lap in, Aston Martin’s Lance Stroll, the other Williams of Nicholas Latifi and Alfa Romeo’s Zhou Guanyu, who also got caught out by the chequered flag at the end of the segment.

At the start of Q2 Pérez led the way with an opening lap of 1:12.059,. just under two hundredths of a second ahead of Sainz, with Leclerc third ahead of Verstappen who was almost half a second off his team-mate and 0.451 behind Leclerc.

The Dutch world champion improved to 1:12.353 but almost immediately Leclerc made another major improvement to reclaim P1 with a lap of 1:11.864. Pérez continued to shadow the home favourite, however, slotting into P2 just nine hundredths of a second behind the Ferrari driver.

Verstappen put in a final flyer but he could only improve to 1:12.117 and he moved to P4 behind Sainz and ahead of Norris, Ocon and Mercedes’ Lewis Hamilton.

Eliminated at the end of Q2 were Tsonoda in 11th place, followed by Alfa Romeo’s Valtteri Bottas, Haas’ Kevin Magnussen, Ricciardo and in P15 Mick Schumacher in the second Haas.

In the first runs of Q3 Leclerc claimed provisional pole, with the Ferrari driver setting a tough benchmark of 1:11.376.. Sainz slotted into second place almost three tenths off his team-mate and then came Pérez, who opened his final segment with a lap of 1:11.629, just under four hundredths of a second ahead of his team-mate.

The top-10 shootout looked set for a dramatic final-run battle for pole, especially when Leclerc found a substantial chunk of time in the early part of his final flyer and with Verstappen almost on par with the Ferrari drive through the opening sector.

But Pérez, too, was pushing to the limit and at the Portier corner, just before the tunnel, the Mexican driver lost the back end of his RB18 and slid into the TecPro barriers, breaking the rear wing of his car. Just behind him, Sainz couldn’t slow in time and he slid into the front right side of the Red Bull. With two cars blocking the track, the red flags were immediately displayed and the session ended.

It left Leclerc in pole position ahead of Sainz and Checo, with Max at the rear of row two. Behind them Norris qualified in P5 ahead of Russell, Alonso, Hamilton, Vettel and Ocon. 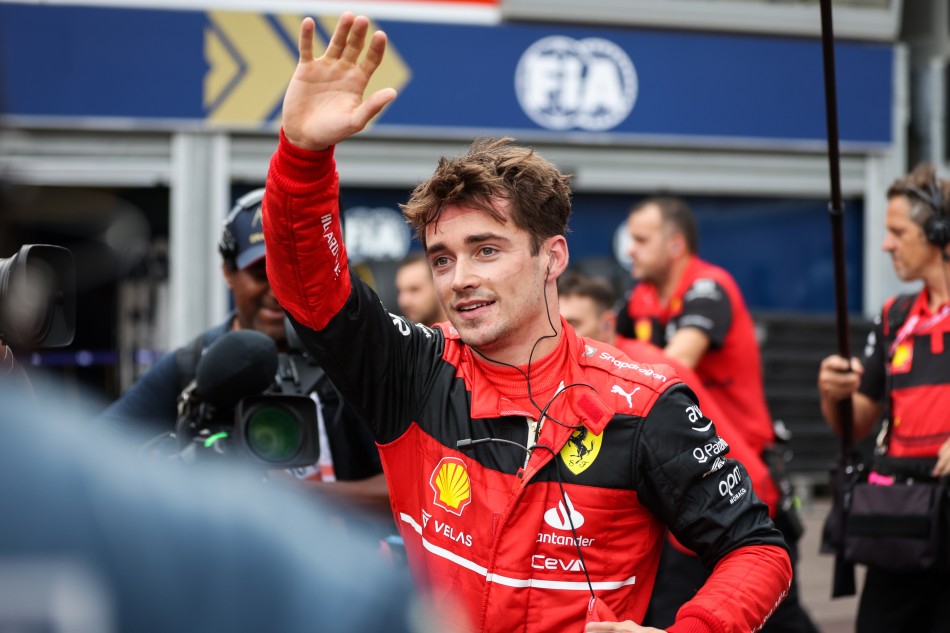 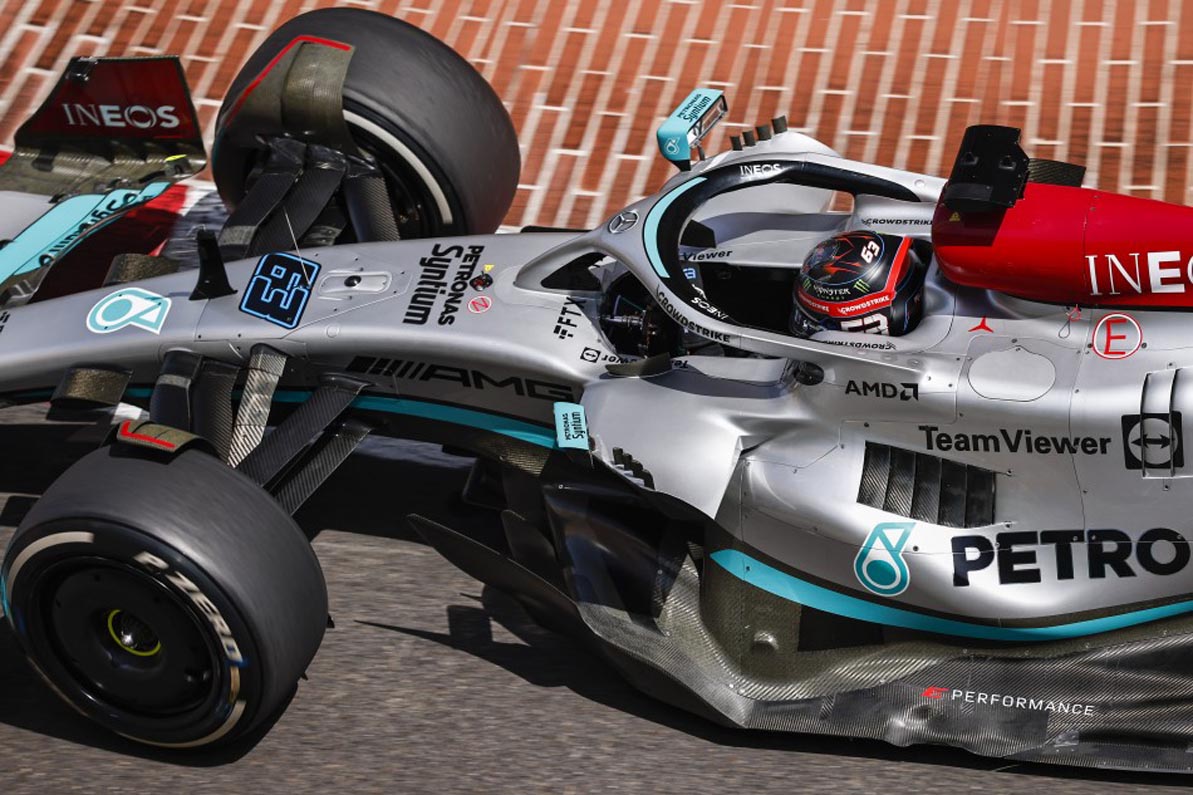 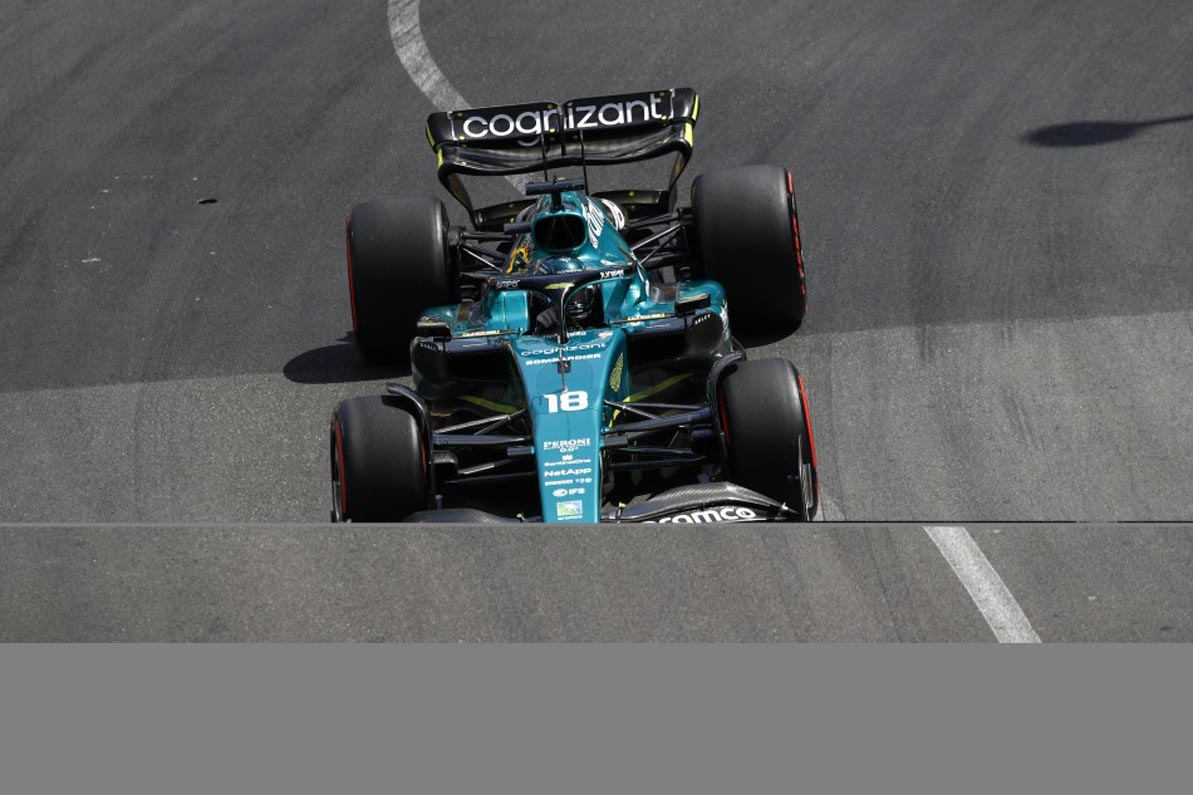 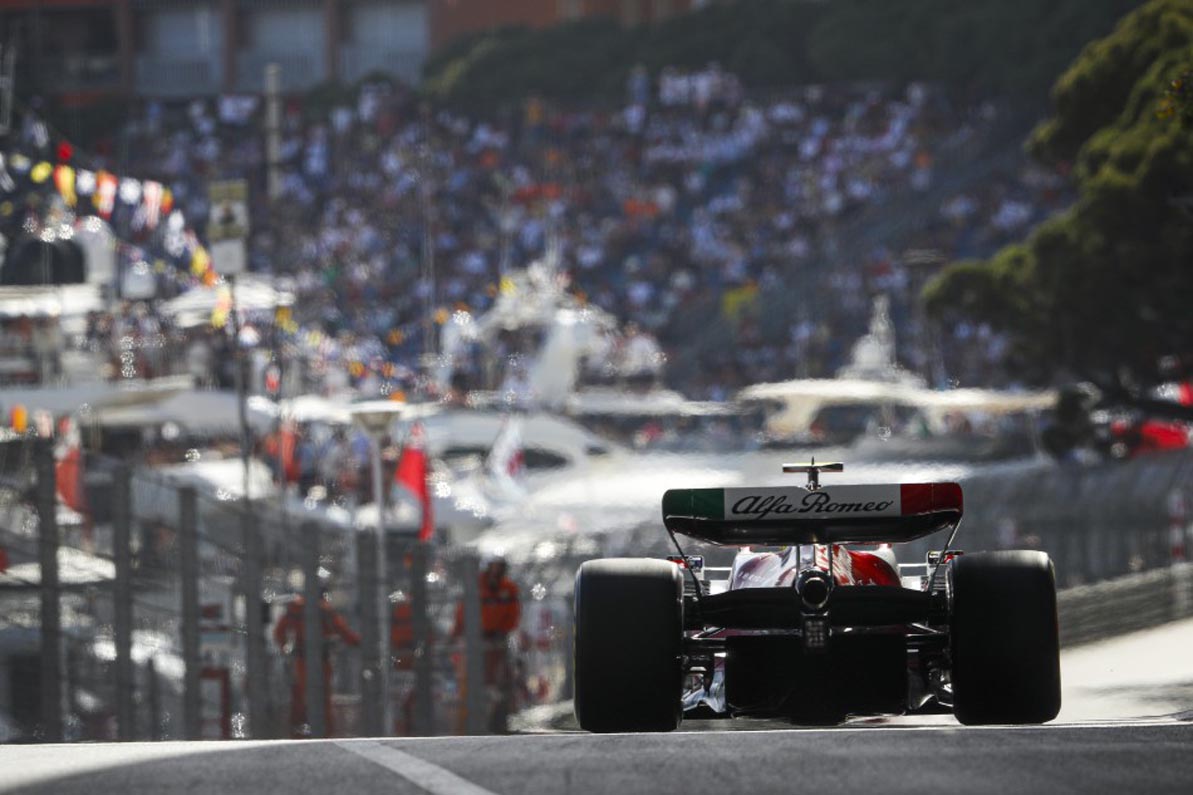 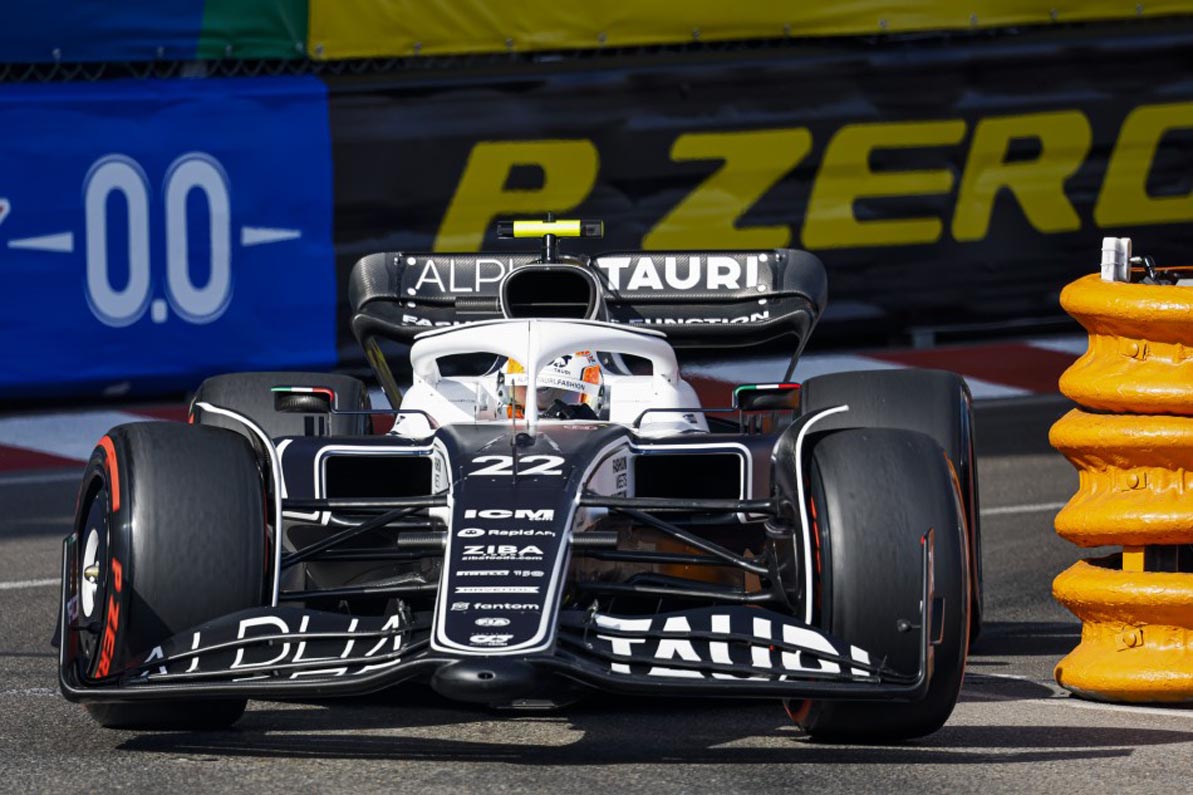 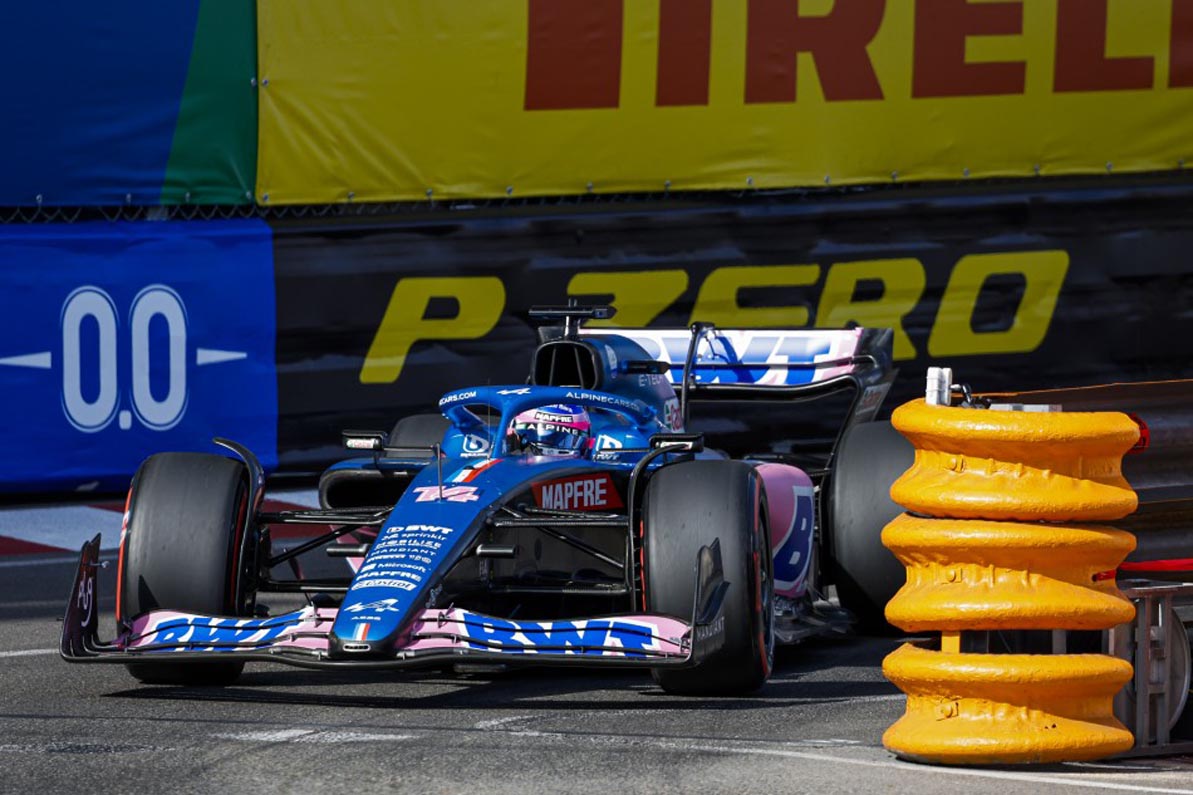 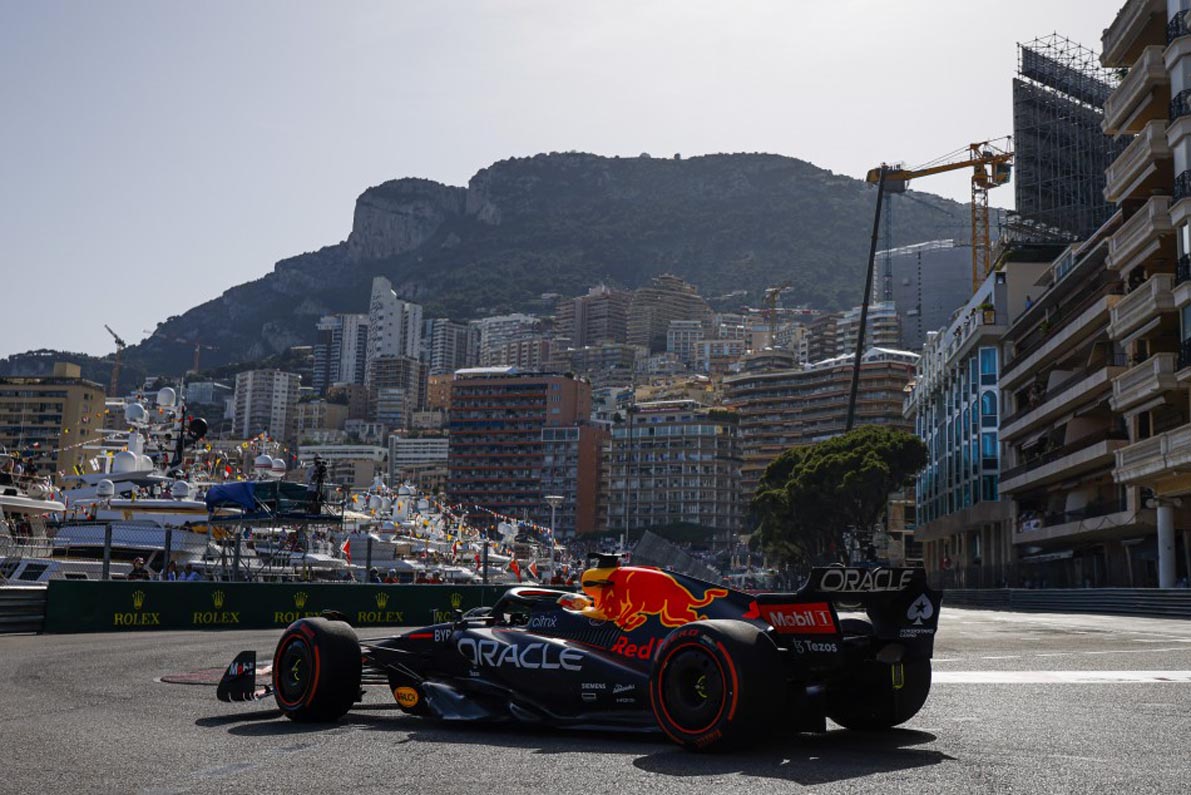 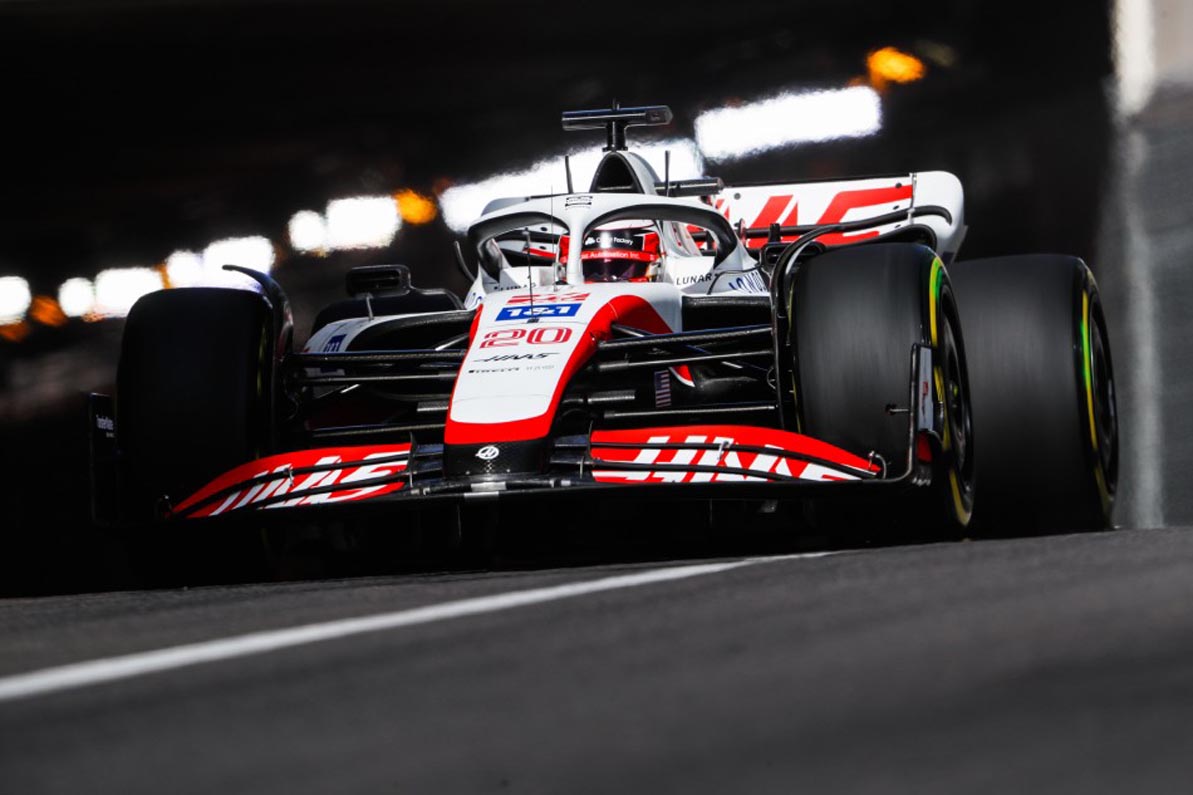 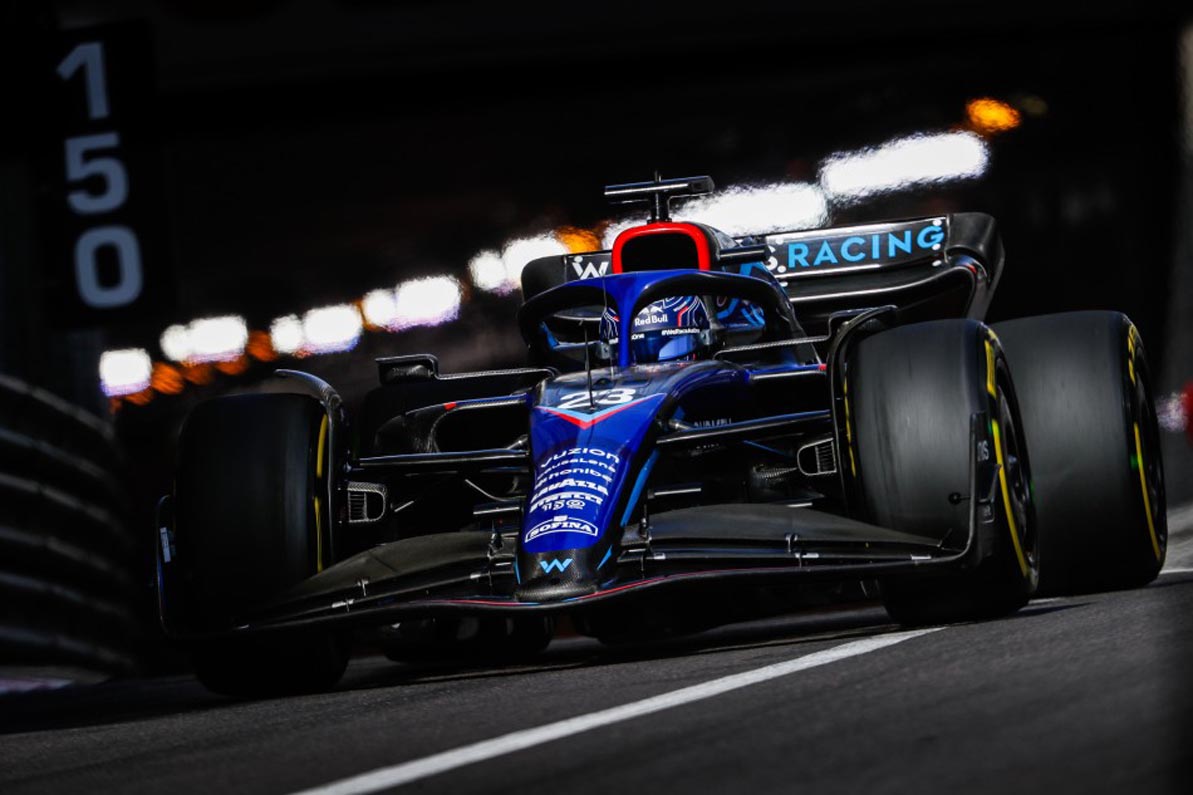 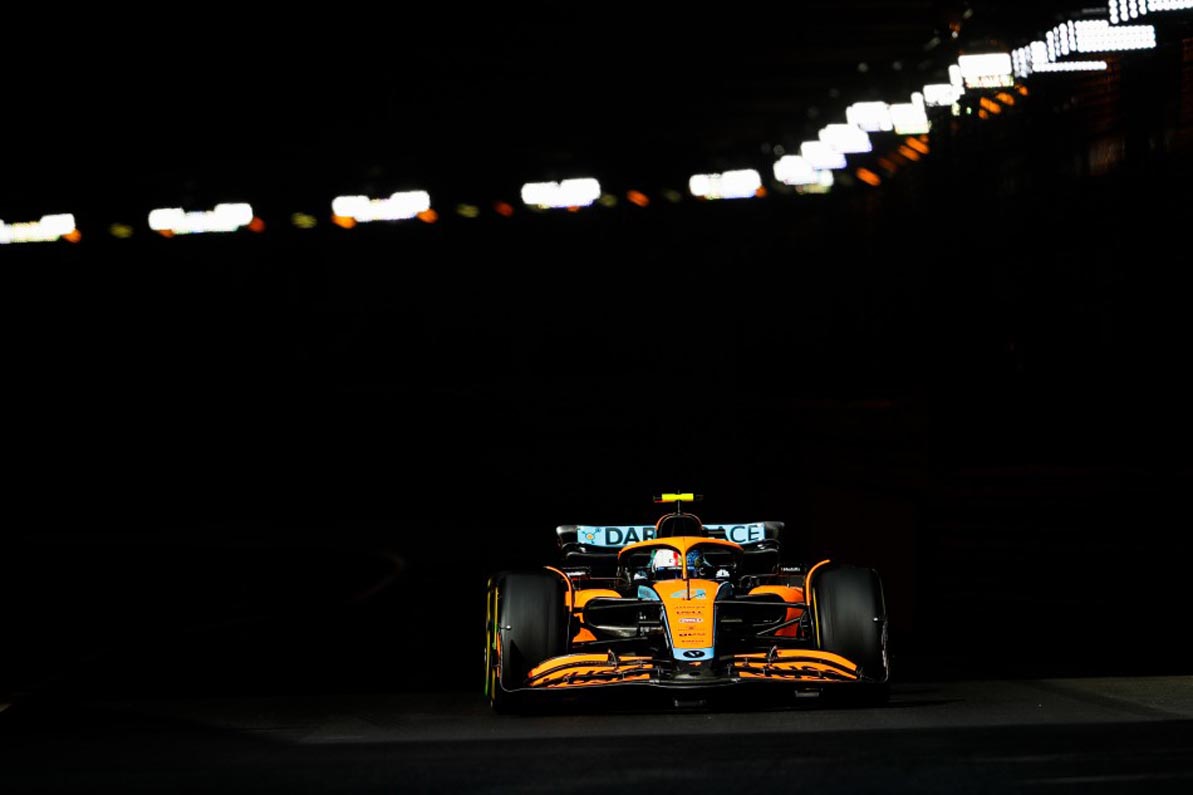 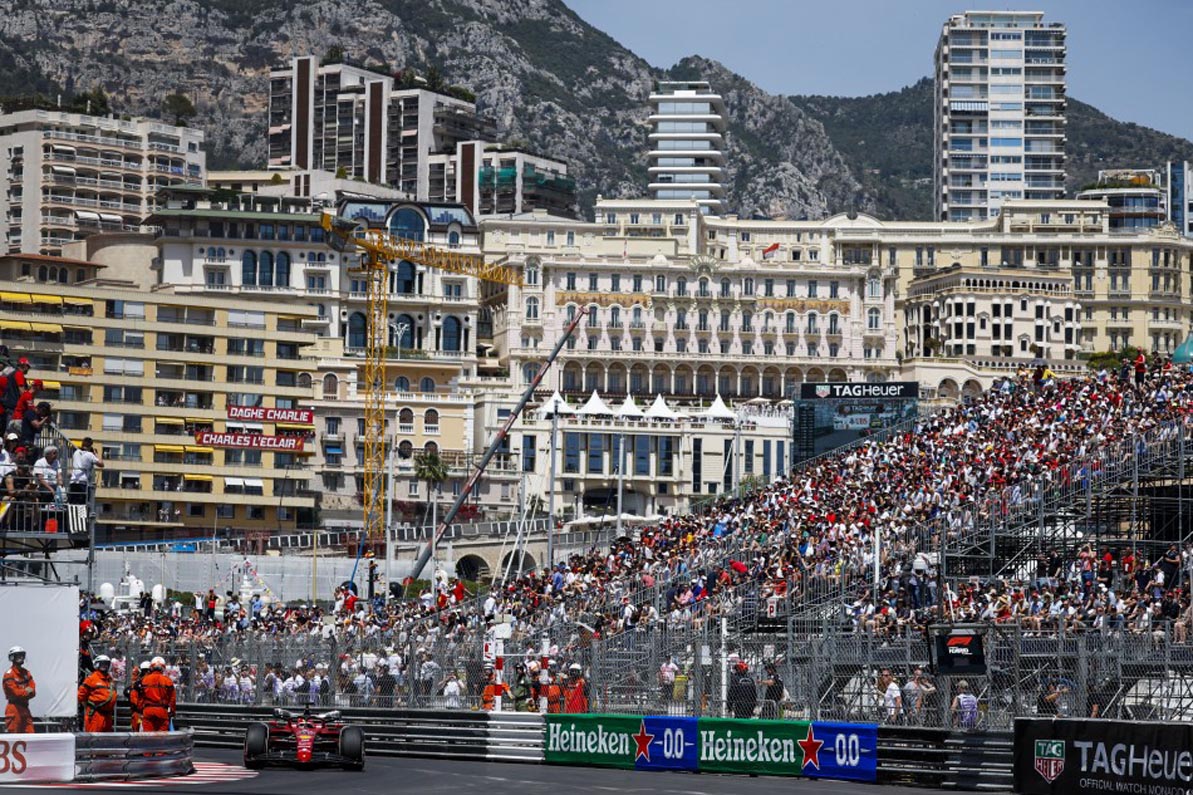