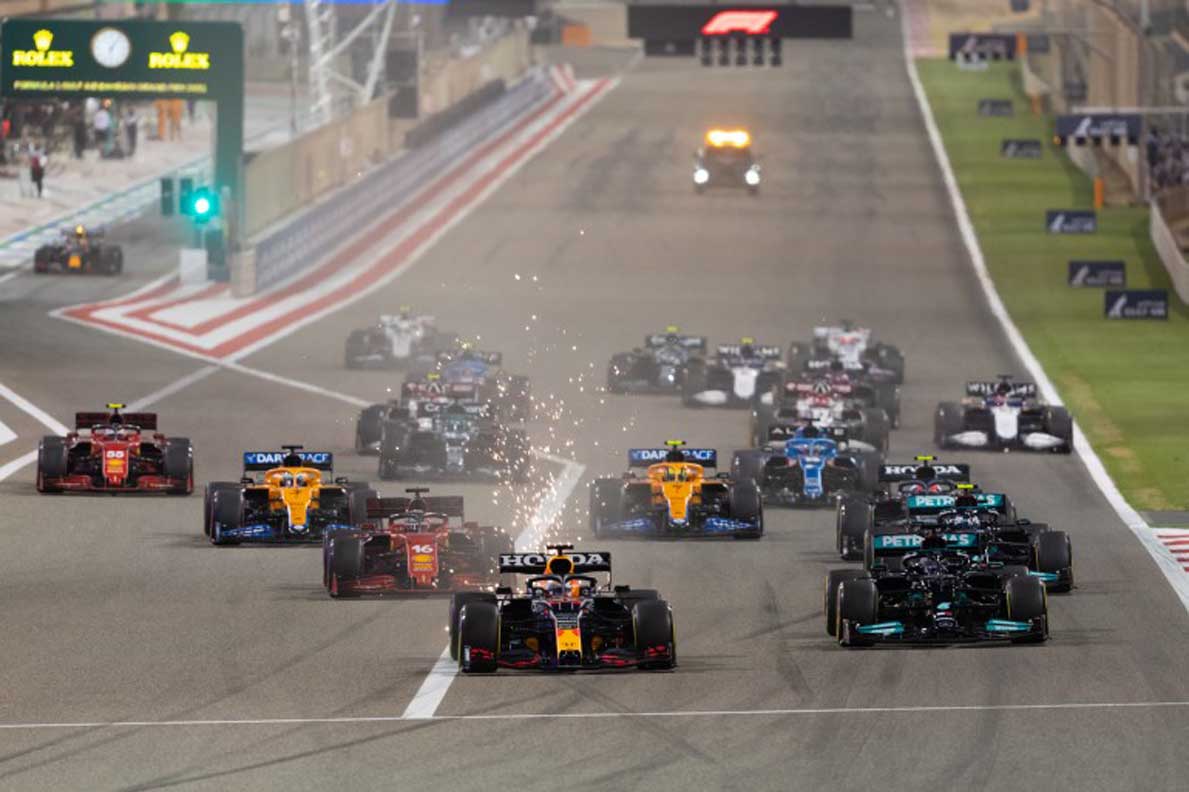 After a tight strategic battle across the first two third of the race, during which Hamilton undercut pole position man Verstappen to steal the race lead, the Red Bull driver emerged from his final pit stop eight seconds behind the Mercedes driver but on fresher tyres.

Verstappen closed in and a titanic battle ensued. Verstappen got past at one point but having done so by going off track was forced to cede the position back to Hamilton. Then, in the final laps, Hamilton defended masterfully to keep Verstappen at bay as the Dutch driver repeatedly tried to pressure the seven-time champion into a mistake. Hamilton eventually crossed the line with just seven tenths of a second in hand over his rival.

In a hugely entertaining season-opening race, there was drama even before the start. At the end of the formation lap Sergio Pérez slowed and pulled over at the side of the track on the approach to the final corner with what looked like complete electrical failure. However, after a reset he was able to get power back and as a second formation lap got underway he steered his RB16B into the pit lane from where he’d start the race.

When the lights went out, Verstappen got away well from pole to take the lead ahead of Hamilton into Turn 1. Further back Haas’ Nikita Mazepin went off track at Turn 3 and hit the barriers, causing the safety car to be deployed.

When the action resumed, Verstappen controlled the restart and after a short Virtual Safety Car period caused by Pierre Gasly clipping Daniel Ricciardo’s McLaren and losing his front wing, the Dutchman began to build a slim lead that by lap 13 had reached 1.7 seconds.

With 14 laps gone Mercedes went for the undercut, pitting Hamilton for a set of hard tyres. Verstappen and Red Bull didn’t blink, however, and the Dutchman stayed on track as Hamilton began to set quick times on fresh tyres.

Bottas made his first stop soon after, with the Finn also taking hard tyres, and then Verstappen finally accepted that his tyres were fading and made his first stop on lap 18. The Dutchman bolted on a second set of medium tyres, but as he left the pit lane, Hamilton swept past to take the lead.

At the front, the gap ebbed and flowed across the second stint, but at the end of lap 28, Hamilton again pitted early taking another set of hard tyres as Mercedes sought to prevent any potential undercut by Red Bull.

Hamilton’s pit stop handed the lead back to Verstappen. A lap later Bottas pitted but he was hampered by a long stop caused by a stuck right front wheel. After 10.9 seconds stationary the Mercedes driver rejoined in fifth place behind Ferrari’s Charles Leclerc.

Further ahead, Verstappen’s times were flagging and as Hamilton closed in Red Bull called the Dutchman in at end of lap 39 for hard tyres. That put Hamilton back into the lead but Verstappen, armed with fresher tyres, was just eight seconds behind.

He immediately began to close the gap to the leader and by lap 47 he was just over three seconds behind the world champion. And when the Briton locked up on lap 51, the red Bull driver got to within DRS range. He attacked into Turn 1 on the next lap and made his way past in Turn 4. However, he did so by going off track and had to give back the position.

Defending masterfully Hamilton then managed to keep the Dutchman at bay, forced Verstappen to settle for second place, with Bottas a distant third after his botched pit stop. Force place went to McLaren’s Lando Norris, while Pérez put in a superb drive to recover from his pit lane start by claiming fifth place after late charge following his final stop for hard tyres. He finished just five seconds behind Norris. 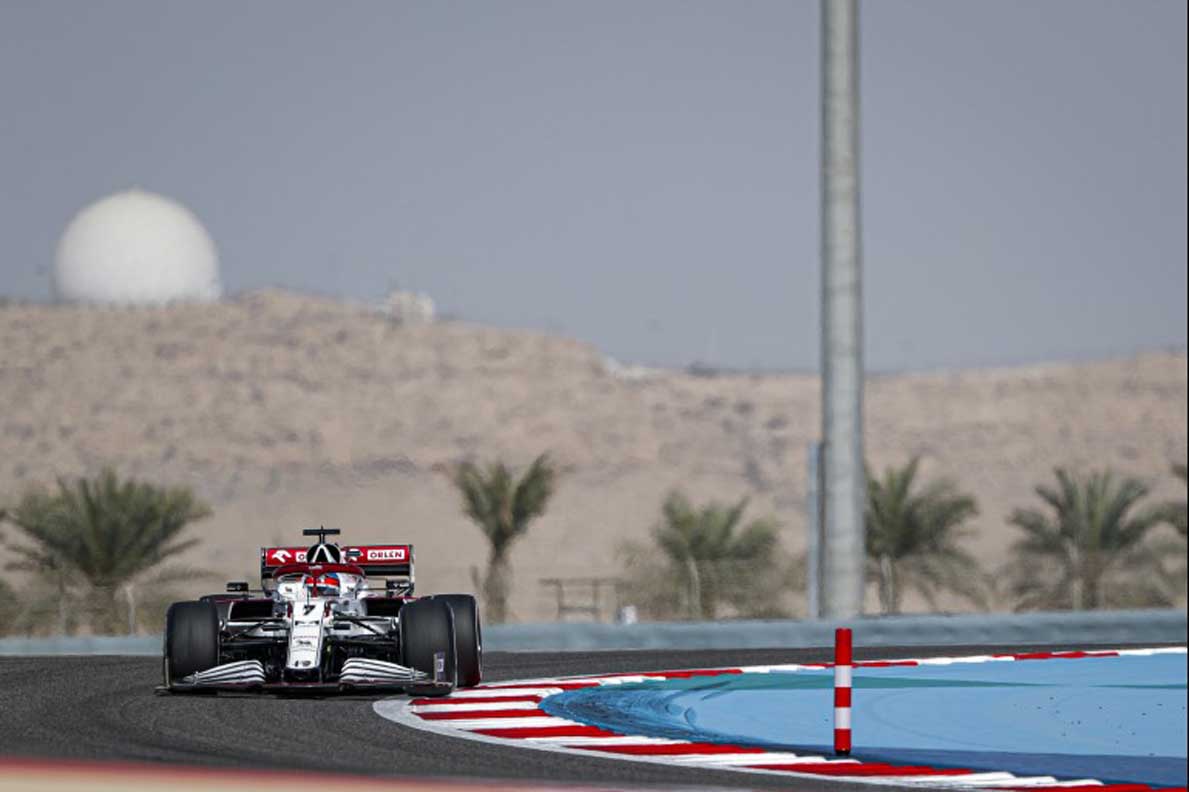 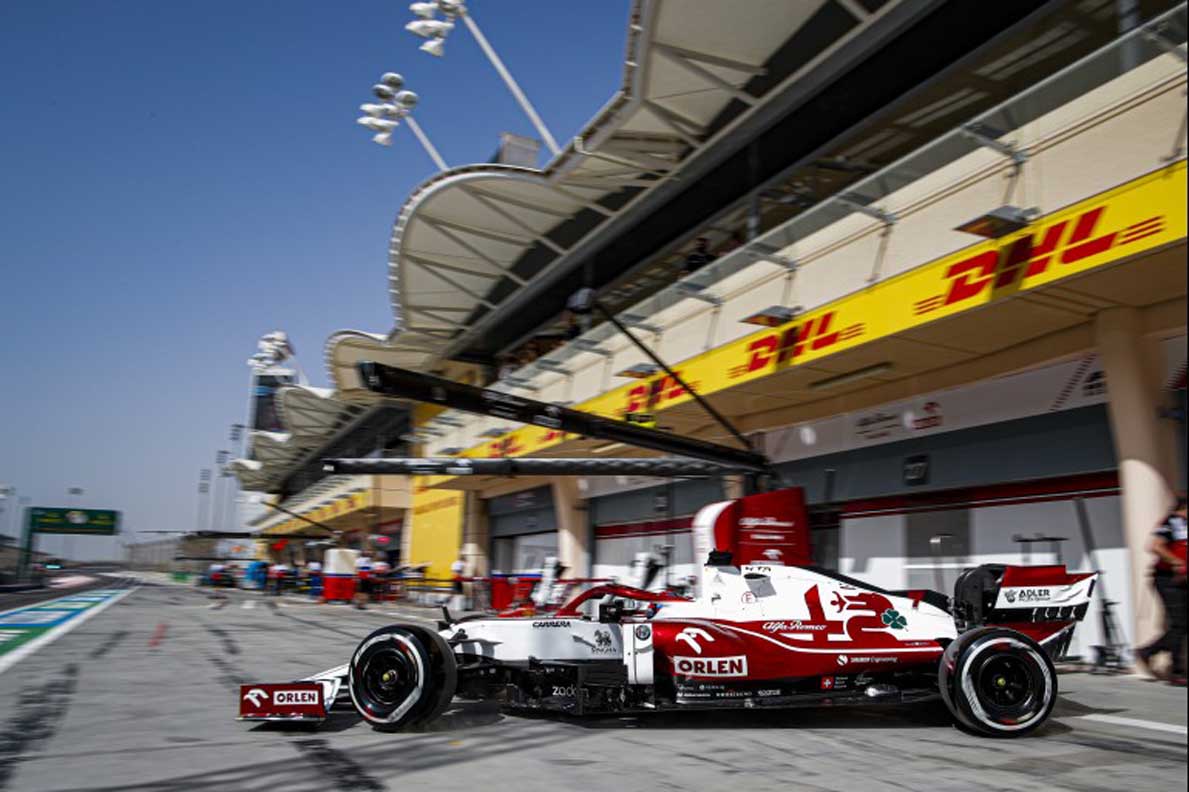 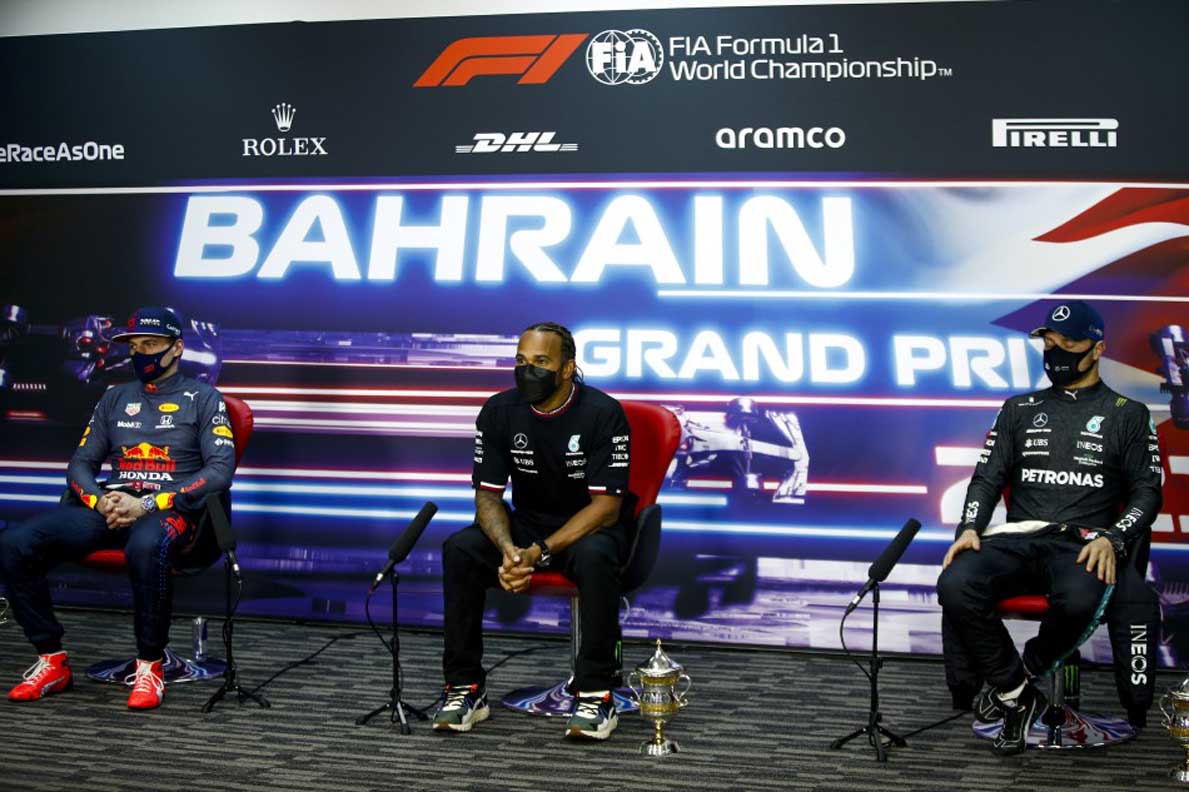 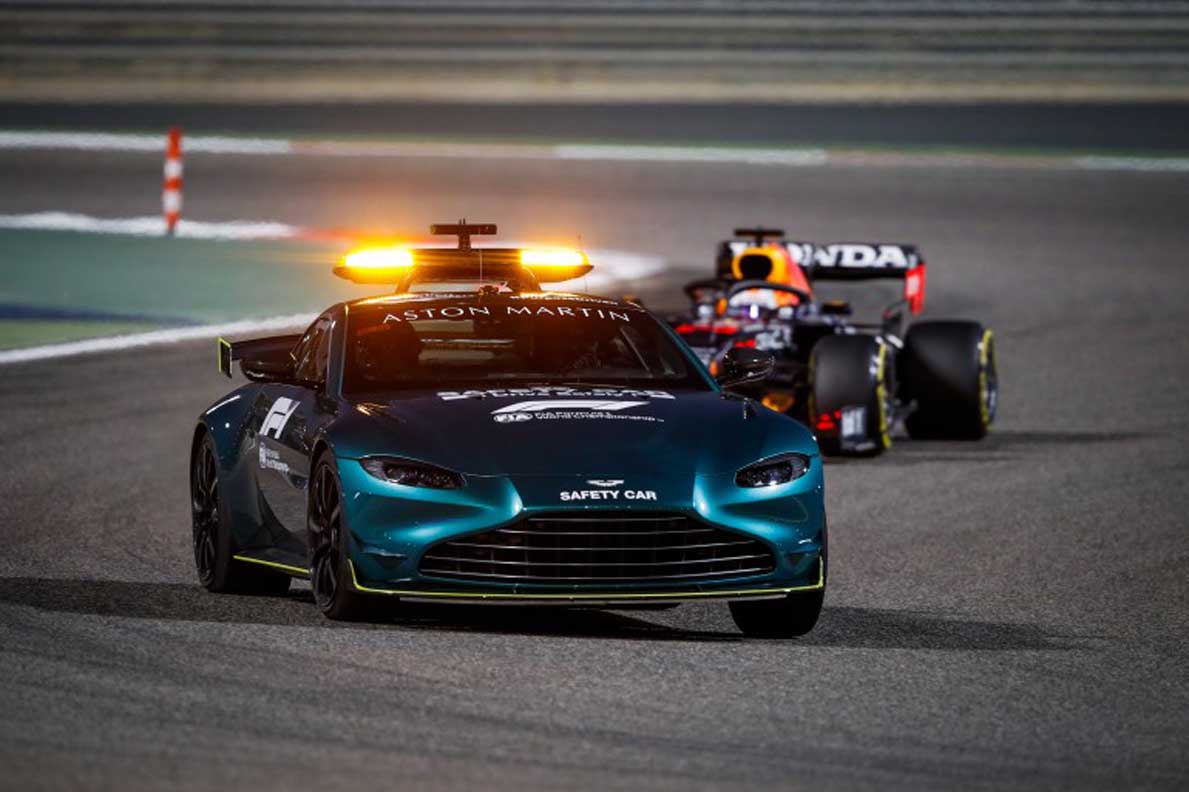 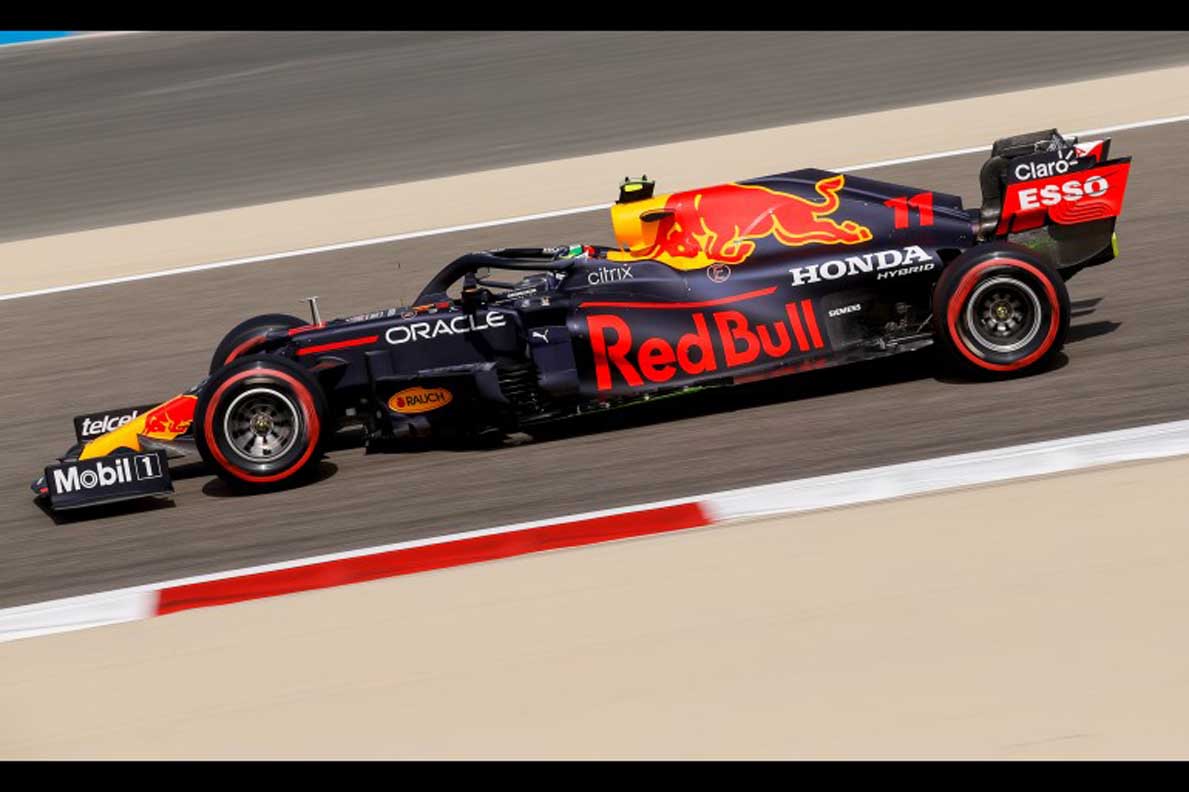 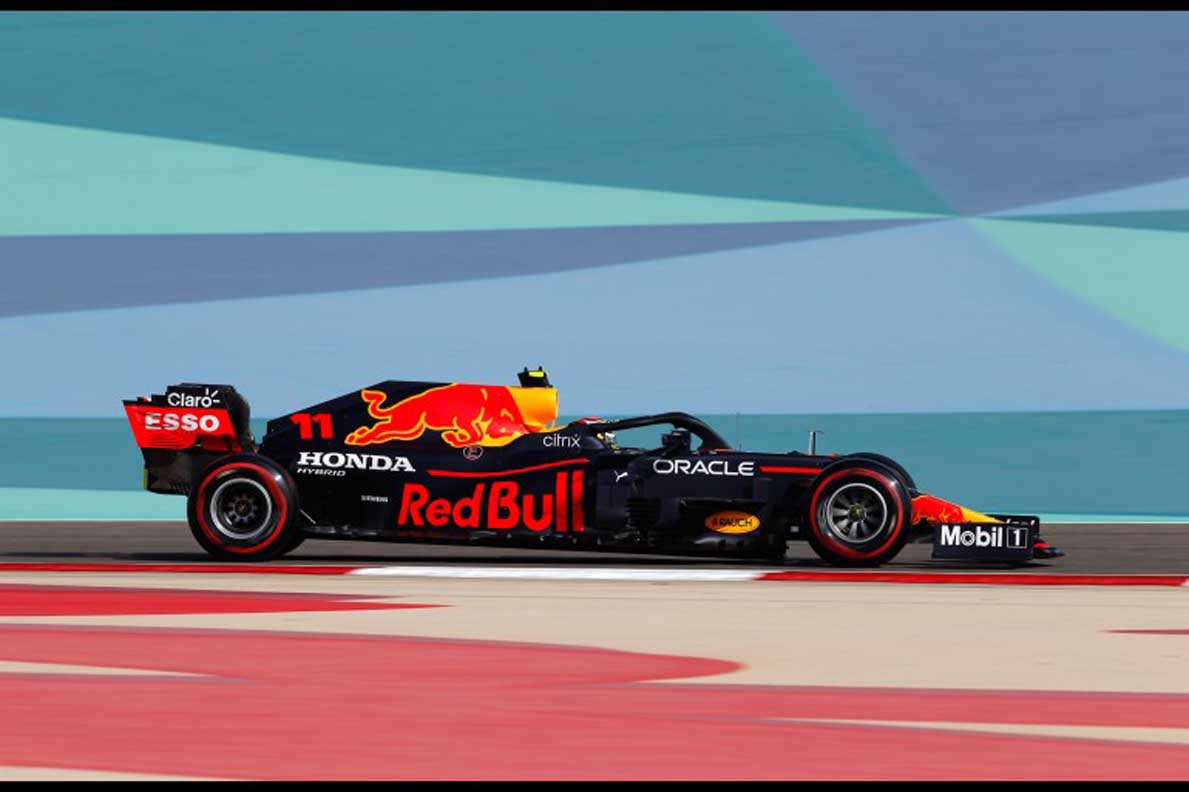 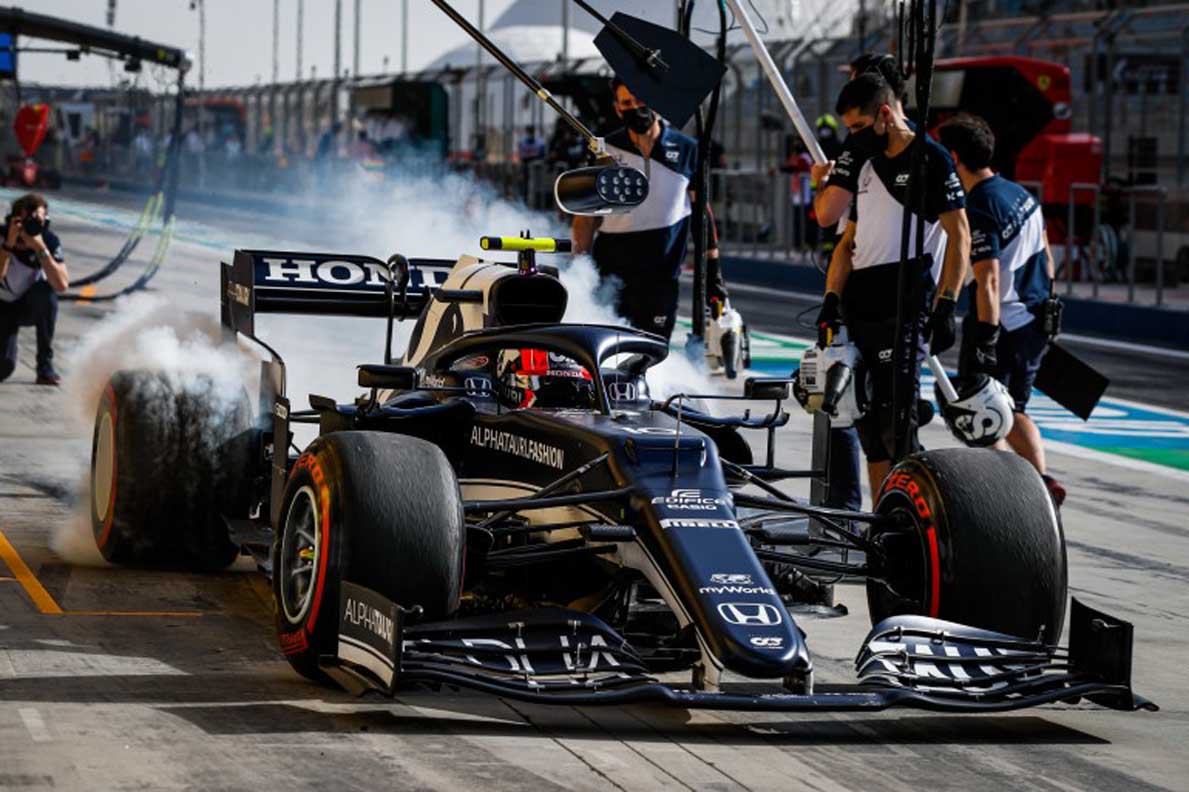 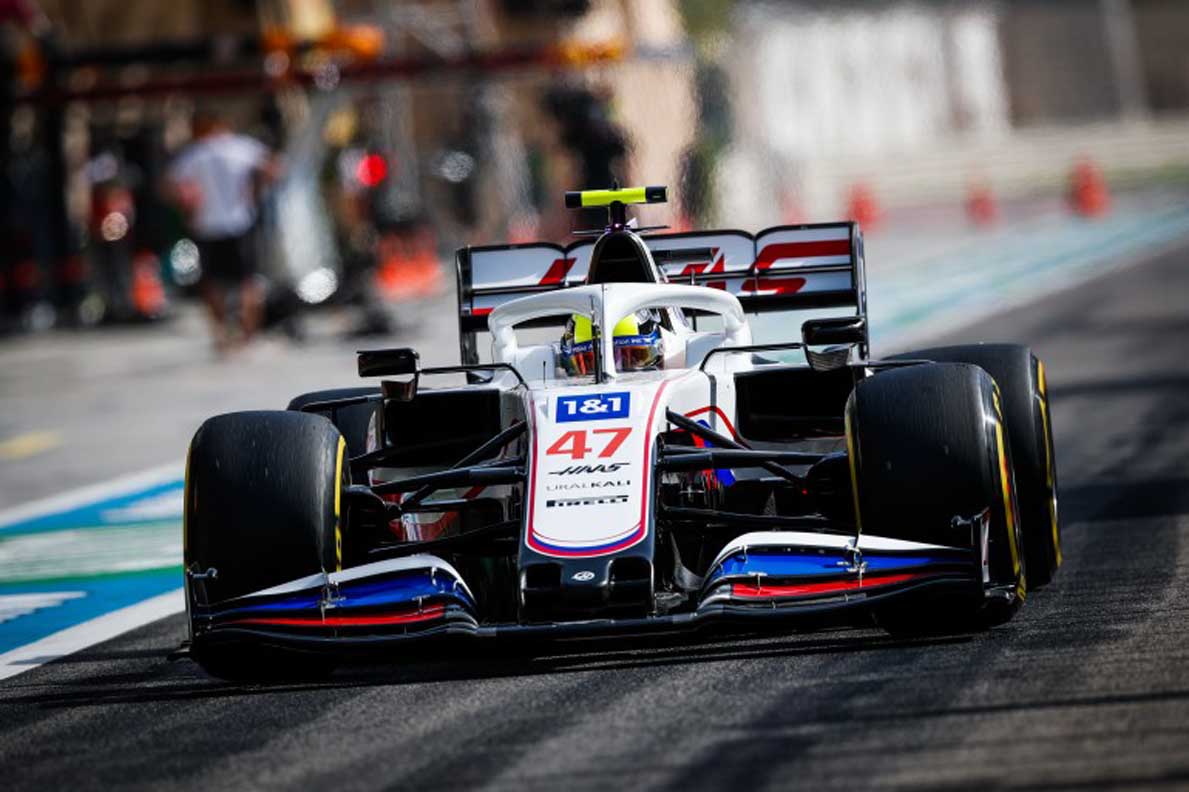 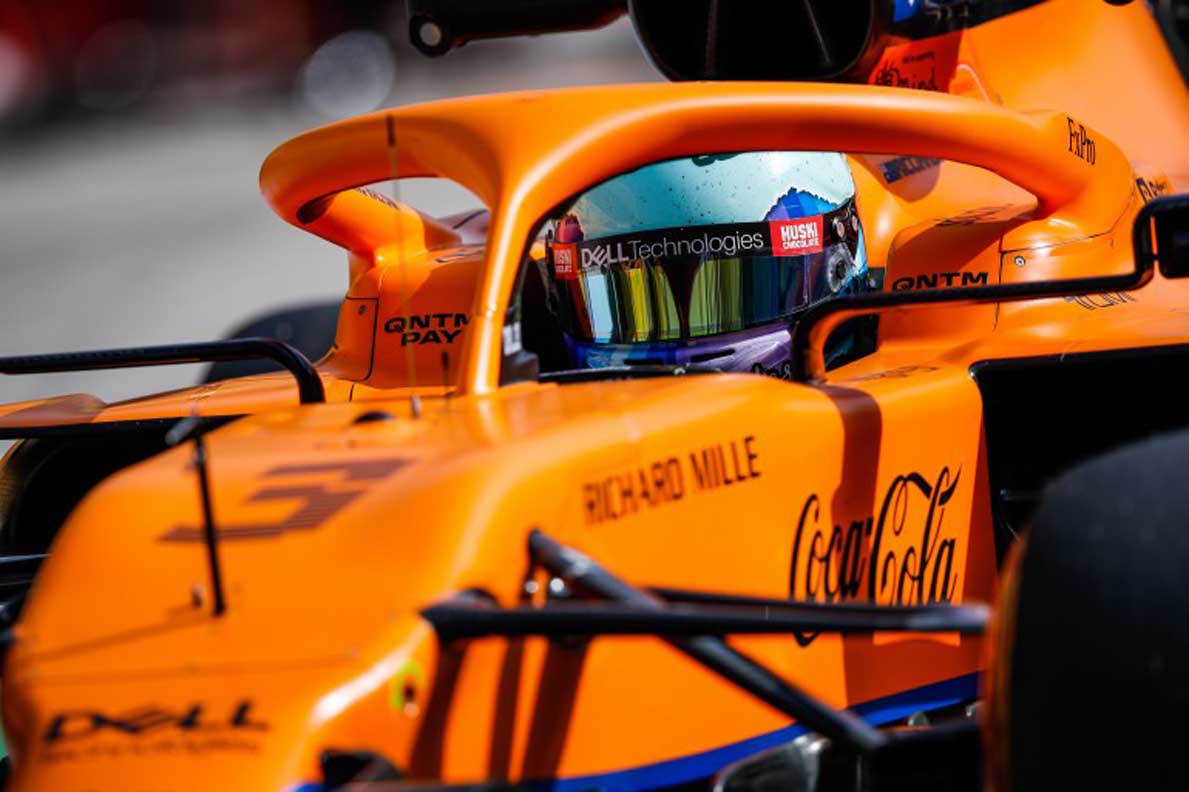 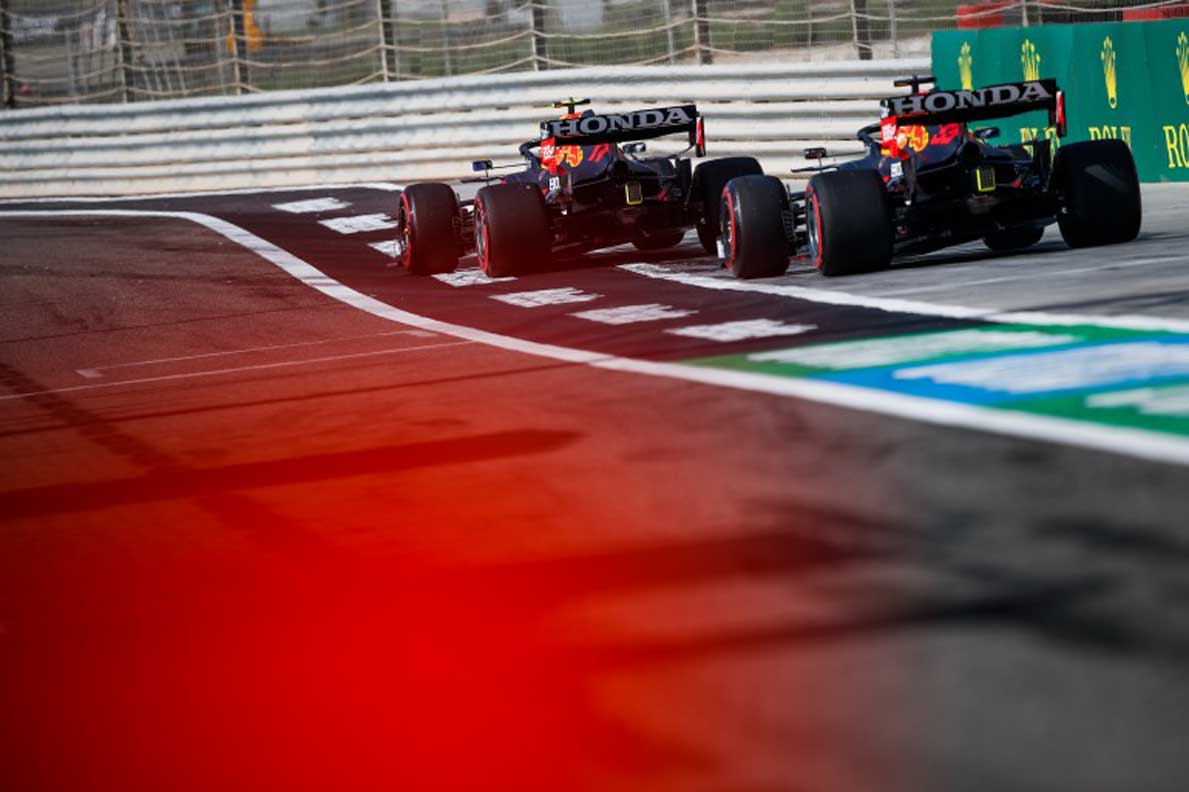 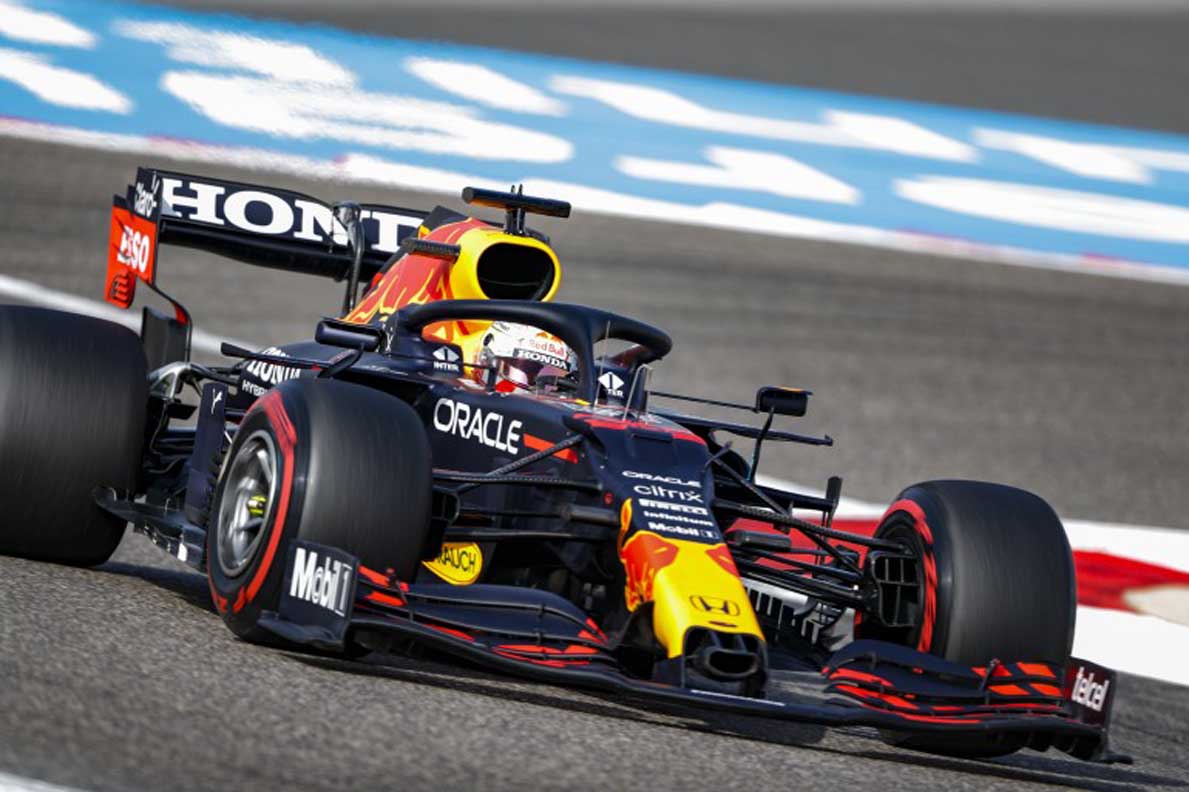 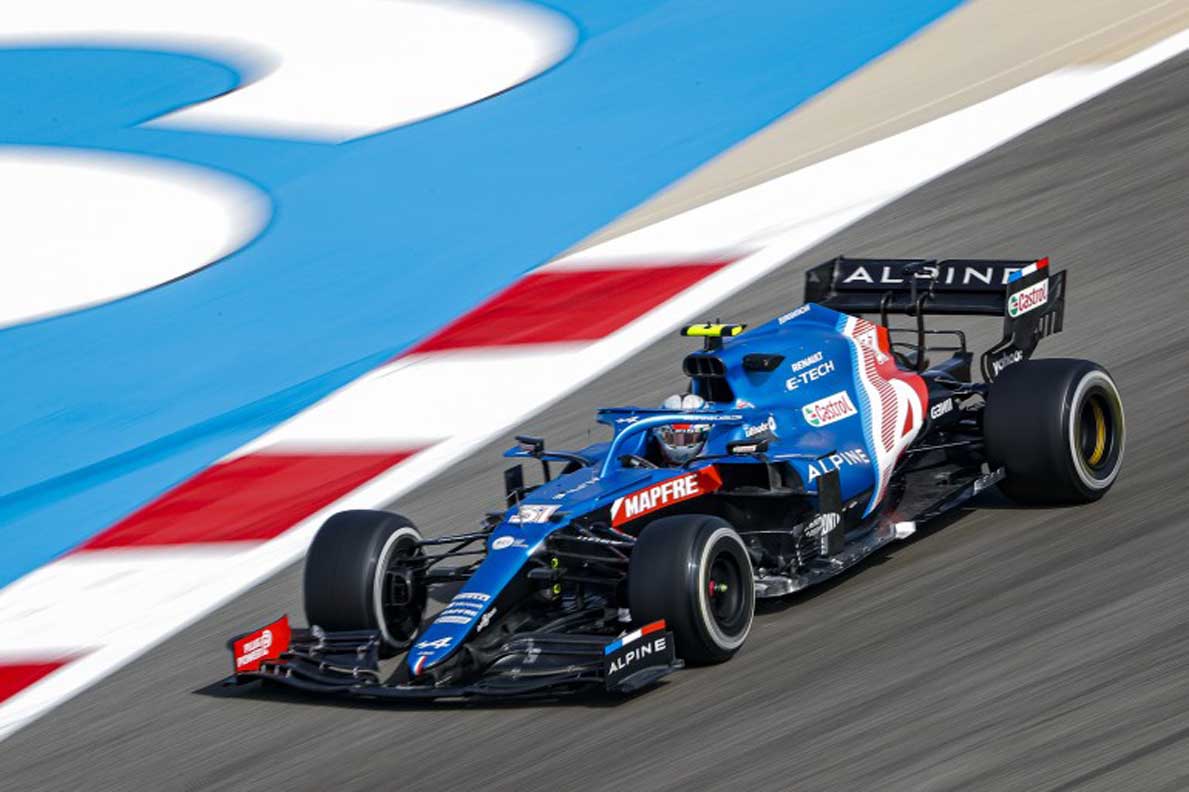 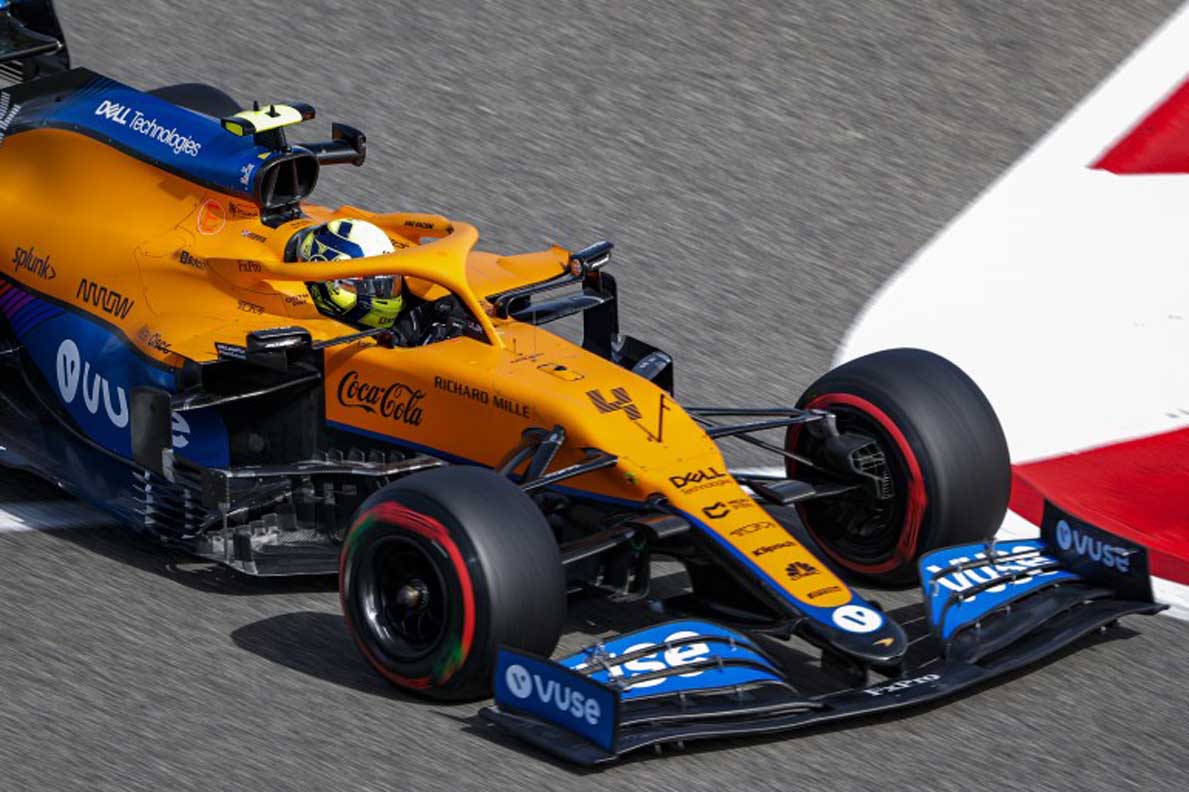