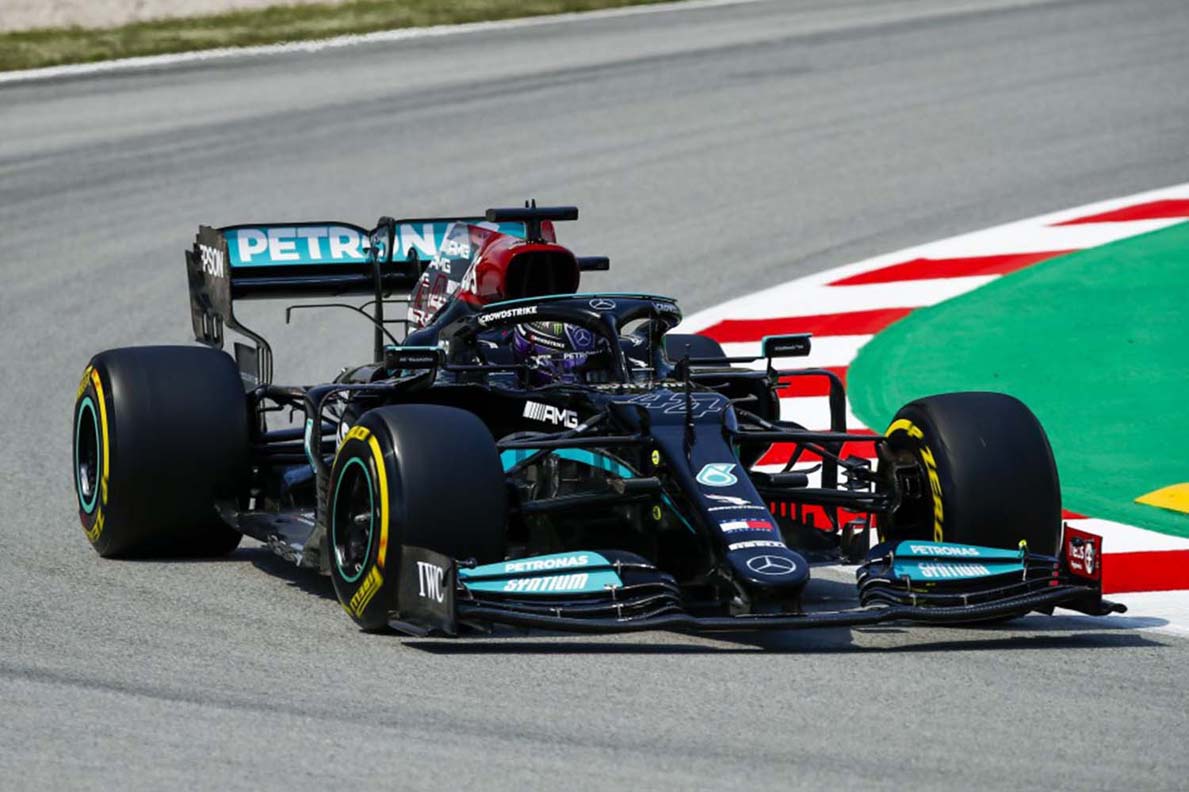 Lewis Hamilton beat Max Verstappen by just 0.036 seconds to make history as the first driver to reach 100 pole positions in qualifying for the Spanish Grand Prix. Verstappen finished ahead of Valtteri Bottas at the end of a tight session in which the top three drivers were covered by just 1300ths of a second.

At the start of Q1, Mercedes opted to send its drivers out on medium tyres and Bottas took top spot in the session with a lap of 1:18.005. Verstappen slotted into P2 on soft tyres with an opening time of 1:18.090, while AlphaTauri’s Pierre Gasly took third place in the early part of the session. Hamilton’s opening time 1:18.245 was not solid though and as the segment neared its final stages he began to slip down the order. The champion went out on a set of softs for a precautionary final run that he abandoned after his out lap when it became clear that his progress to Q2 would not be threatened. It was Lando Norris who put in the segment’s fastest lap, however. The McLaren driver had been disadvantaged by traffic early in the session and required another attempt on a new set of soft tyres. He rose from the drop zone to P1 with a lap of 1:17.821.

Norris’ jump to the top of the timesheet meant that AlphaTauri’s Yuki Tsunoda slid into the drop zone. The Japanese driver then went wide in Turn 9 on his final run and he was thus eliminated in P16 ahead of Alfa Romeo’s Kimi Räikkönen, Haas’ Mick Schumacher, Williams’ Nicholas Latifi and the second Haas of Nikita Mazepin.

It was a different story for the Dutch driver’s team-mate Sergio Pérez however. The Mexican driver was struggling to find a comfort zone with his car and his opening lap of 1:180.69 left him in P12 and in the drop zone ahead of the final runs. He improved on his final run, however, and jumped to P5 and safety with a lap of 1:17.669.

While Verstappen stayed in the Red Bull garage for the final runs, Mercedes sent it’s drivers out again and Hamilton improved on the set of softs he had used for his precautionary lap in Q1. He finished in P3 behind Bottas with a time of 1:17.166.

Verstappen’s Q2 pace seemed to indicate that the Dutch driver would deny Hamilton a historic 100th pole but in the opening runs of Q3 the seven-time champion responded to take provisional pole with a lap of 1:16.741. Verstappen got closest to that benchmark, finishing his opening flying lap just 0.038s behind the Mercedes driver and a tenth clear of Bottas.

It set up a knife-edge finale but soon after the start of the final flying laps it became apparent that none of the top three drivers was improving and Hamilton took his 100th pole with his opening time, while Max had to settle for a 17th career front-row start ahead of Bottas. 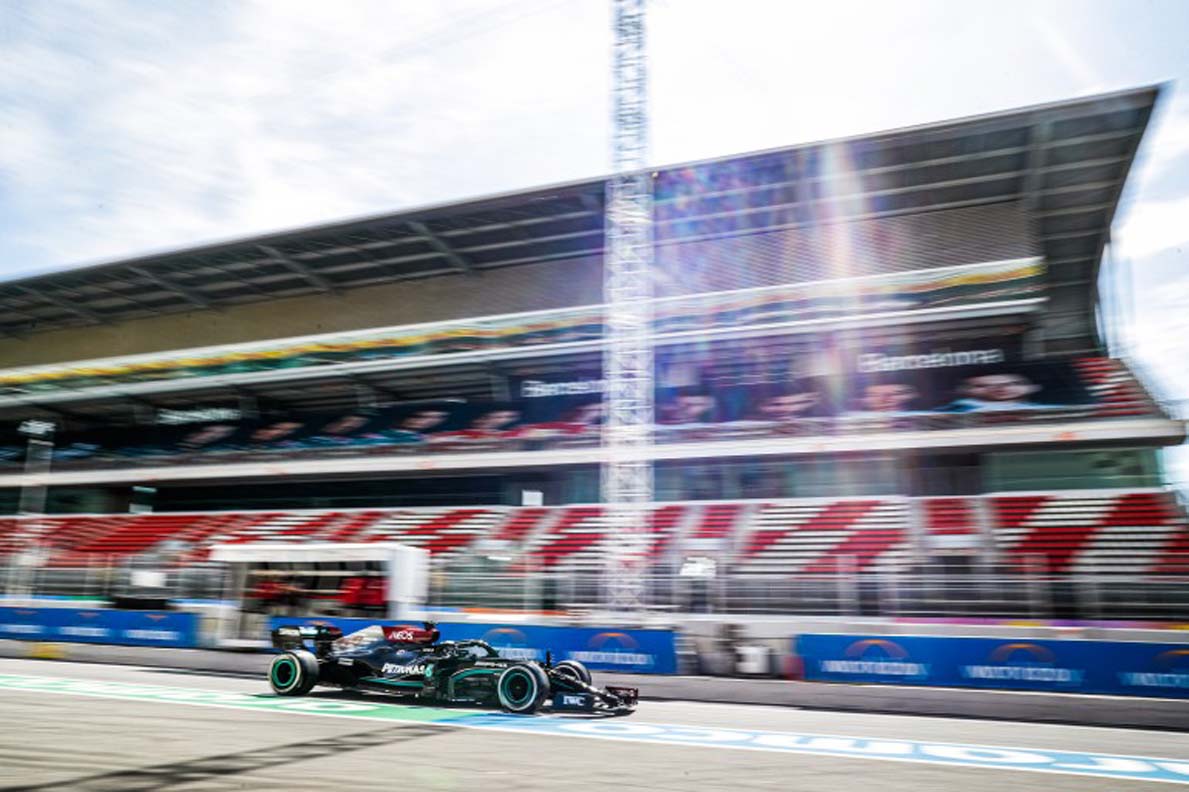 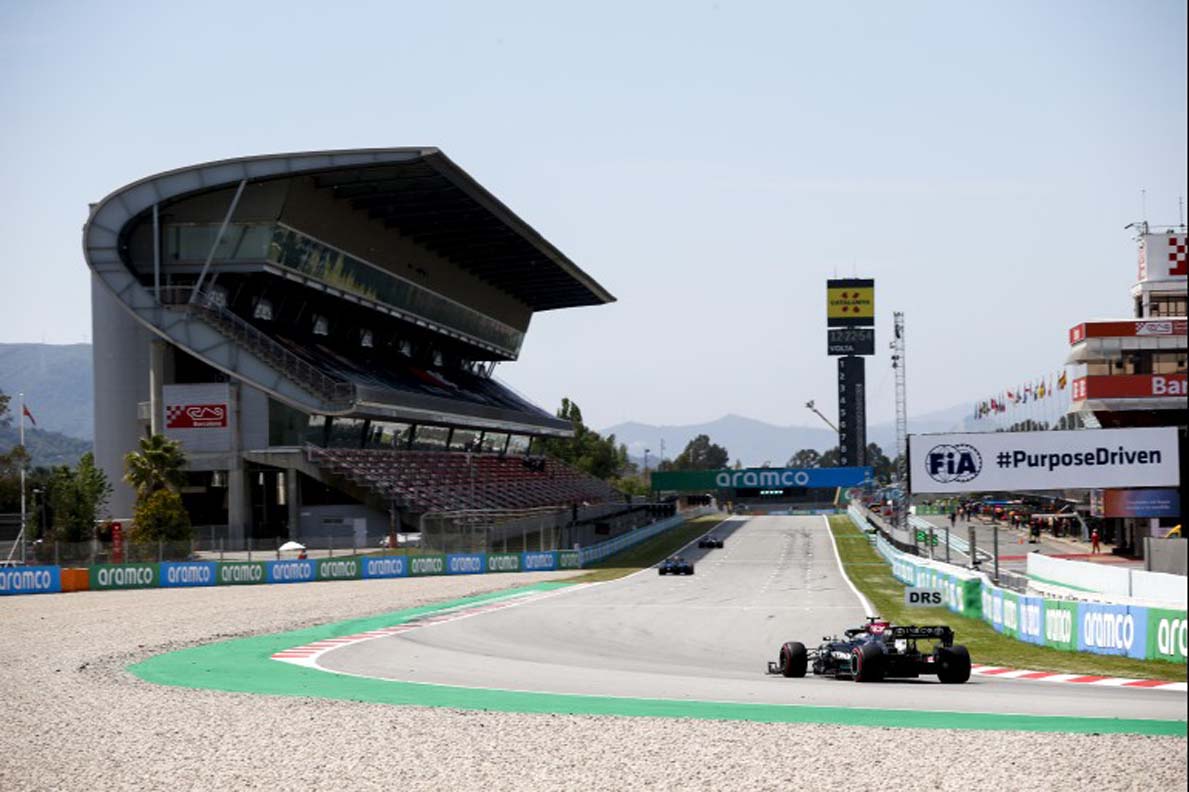 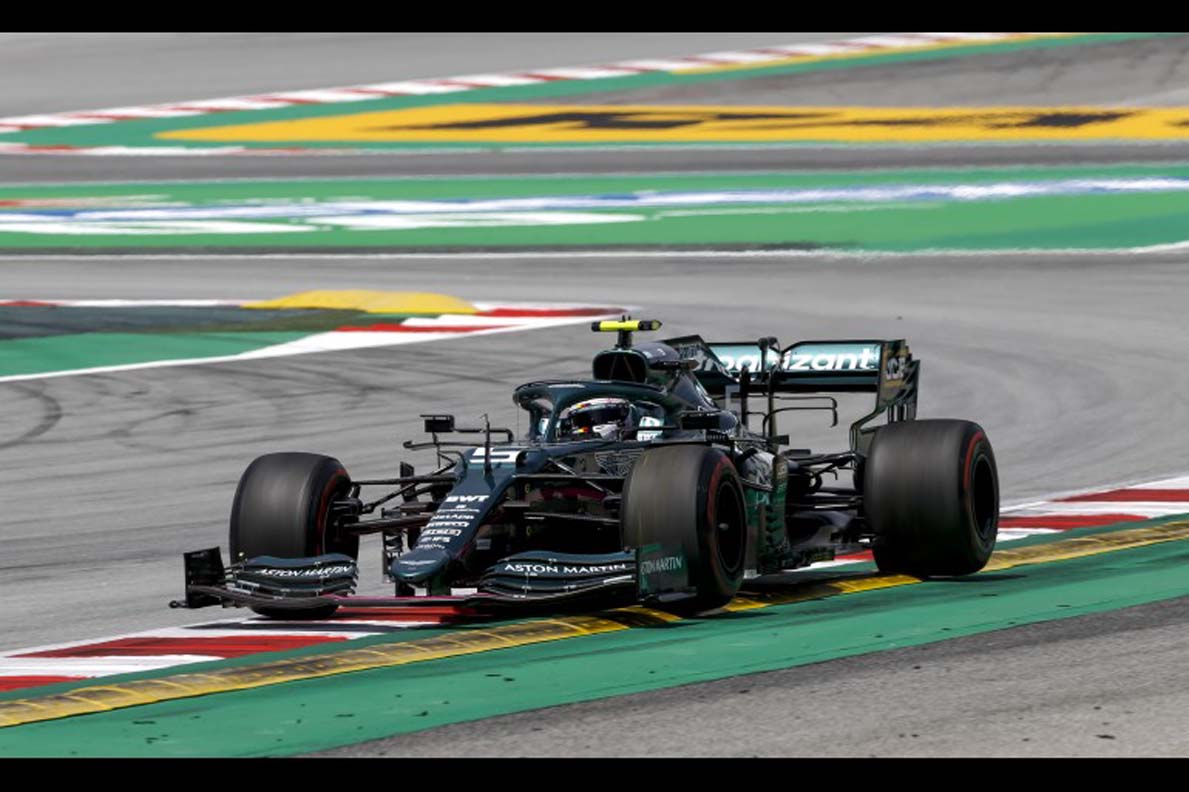 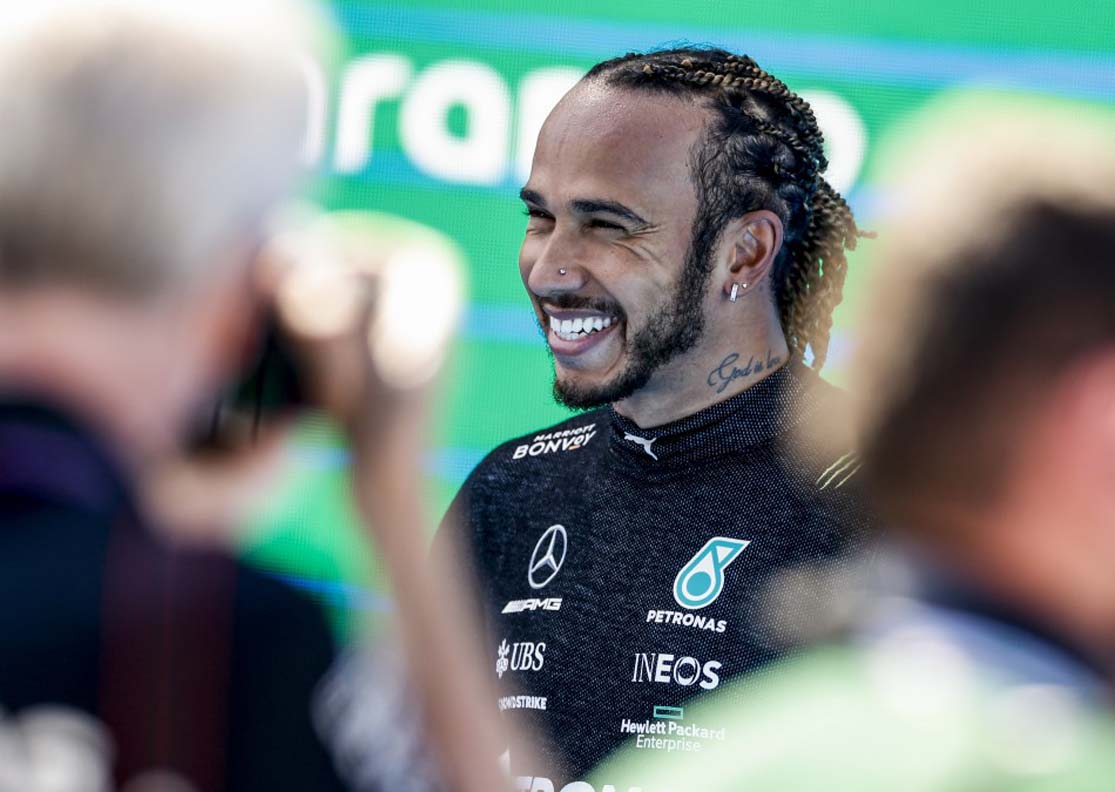 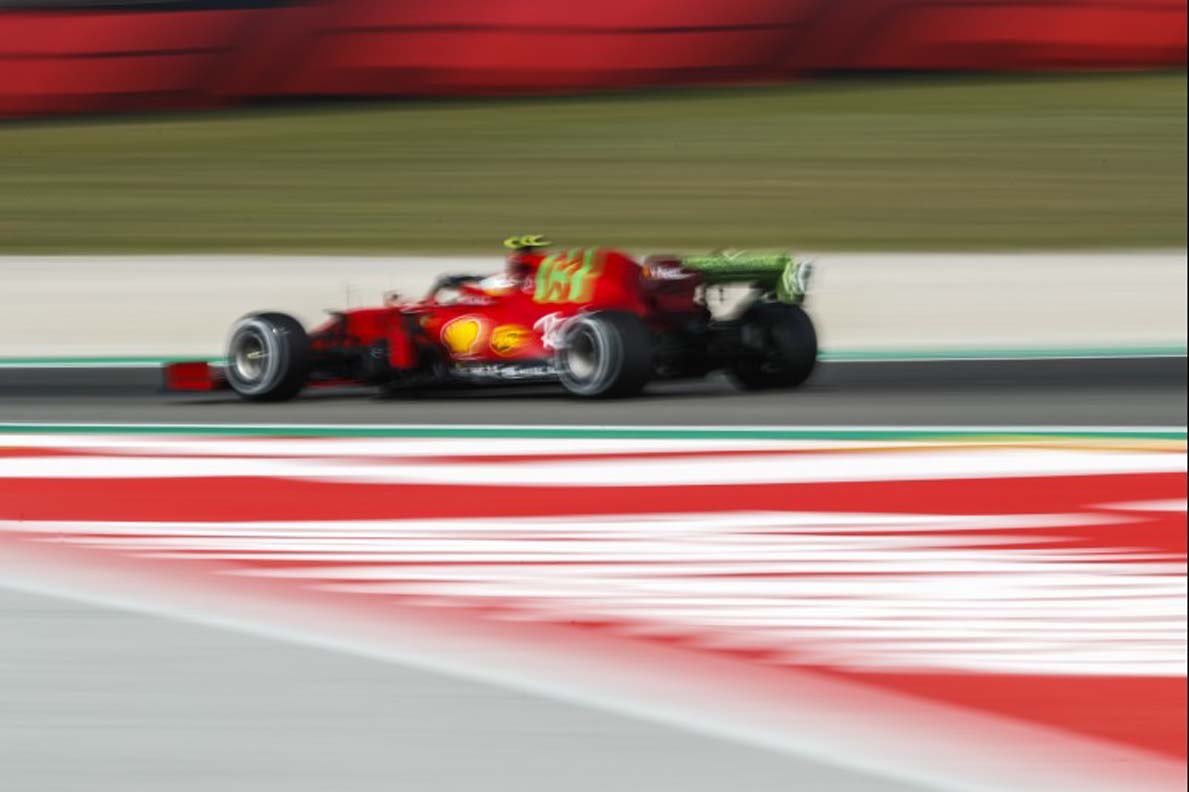 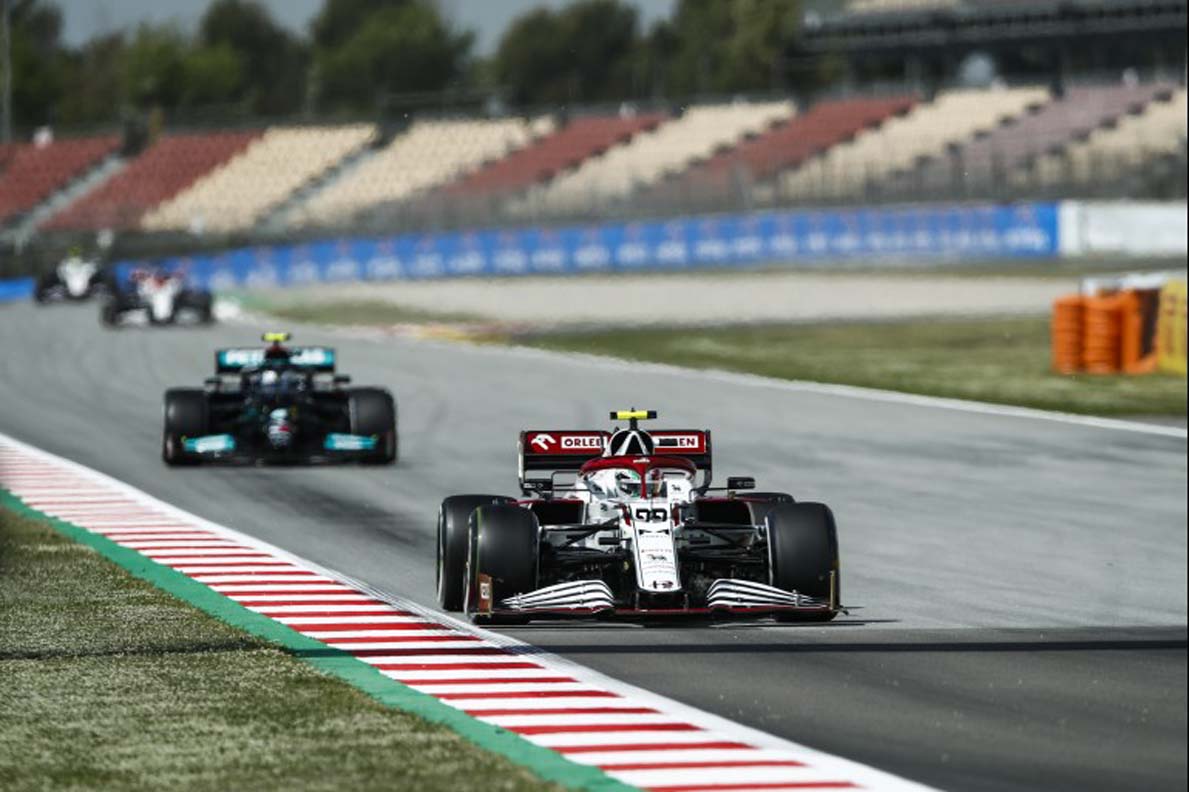