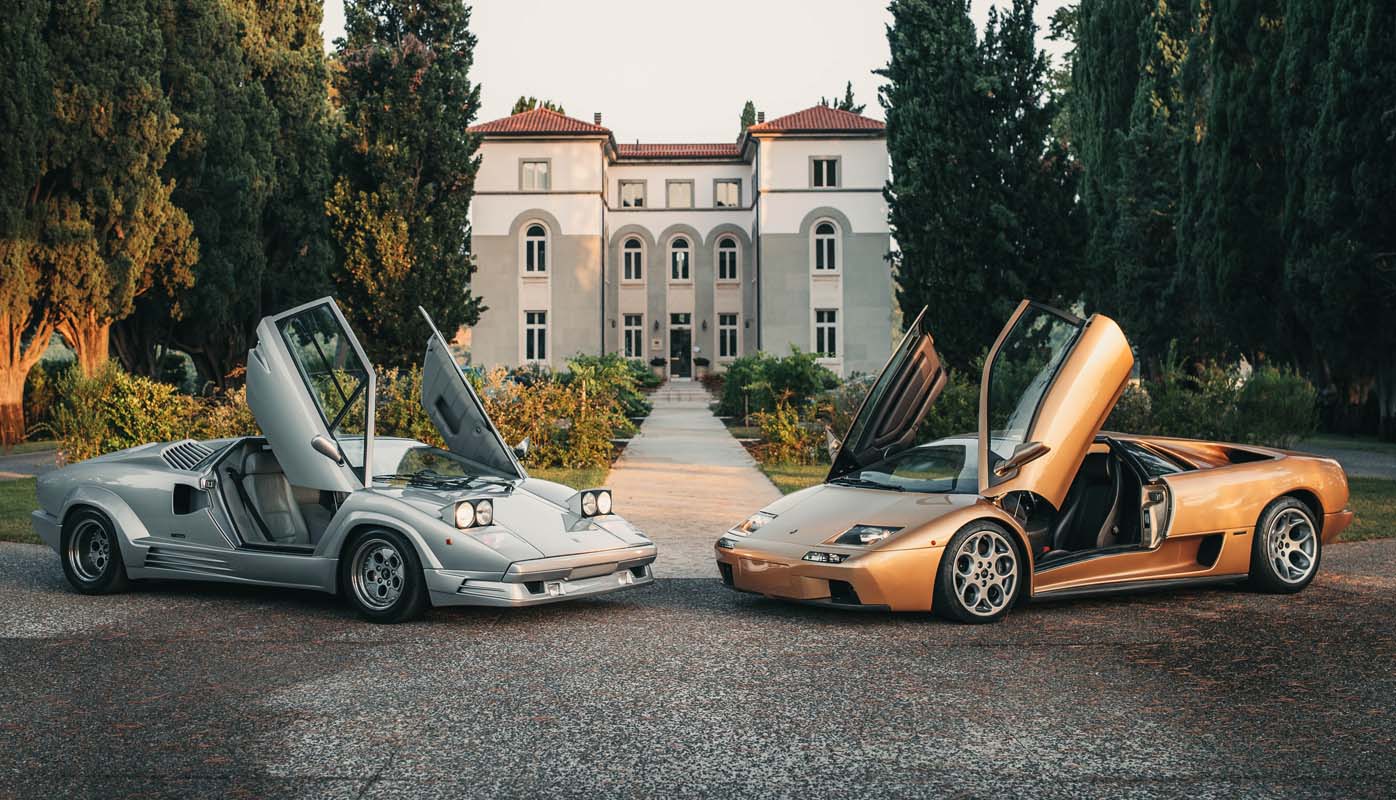 In 2022 Lamborghini is celebrating the V12, the legendary 12-cylinder engine that has powered its most iconic models for almost 60 years. The Diablo is one model: the first-ever Lamborghini super sports car offered in a four-wheel drive version. When it made its debut, the Diablo was so ahead of its time that it was identified as a series production hypercar. Officially presented on 21 January 1990 during Lamborghini Day at the Sporting in Monte Carlo, the 12-cylinder engine initially delivered a displacement of 5.7 liters and later 6.0 liters, producing a maximum power output of nearly 600 HP in the road versions and 655 HP in the GT1 Stradale model for the racetrack, of which only two units were made.

The “pure” V12 combustion engine in its final form will go out of production before the end of 2022, when the last Aventador Ultimae[1] is made. From next year, the heir to the Aventador will be fitted with a new plug-in hybrid version of the V12 engine.

A commercial success that lasted 11 years

The Diablo holds a special place in the history of Automobili Lamborghiniand in the hearts of enthusiasts,and not just because of its amazing performanceand the driving experience. This was the model that propelled the automaker into the modern era. Project 132 – as it was called inside the company – came into being in 1985 to replace the Countach, so it had to convey the full power of the Sant’Agata-based automaker: appear sporty and muscular yet always appealing; deliver the aesthetics Lamborghini has always been renowned for; and be future-proof, to remain the world’s fastest production car for years to come. The way it handled the road during the initial tests was astounding, a success achieved through the intense development work that involved former Rally World Champion Sandro Munari. During the course of its commercial life, which lasted until 2001, the Diablo also demonstrated its ability to transform itself and adapt to market demands and the expectation of its customers. With 2,903 units made during the 11 years it was in production, the Diablo was a huge success.

Development of the V12 engine

The technical cornerstone of the Diablo remains the 60° V12 engine, which was directly derived from the 1963 3.5-liter engine, increased to 5.7 liters over the years. The latter, in fact, was the engine size when the Diablo made its debut. In this configuration, the rear longitudinal position with catalytic converter generated a maximum power of 492 HP at 6800 rpm and a torque value of 580 Nm at 5200 rpm. It also boasted a Lamborghini-Weber Marelli LIE electronic fuel injection. In 1999, first with the Diablo GT and later with the Diablo 6.0 SE, the engine size was increased to 6.0 liters and thanks to improved fuel injection calibration, it reached 525 HP and 605 Nm of torque. 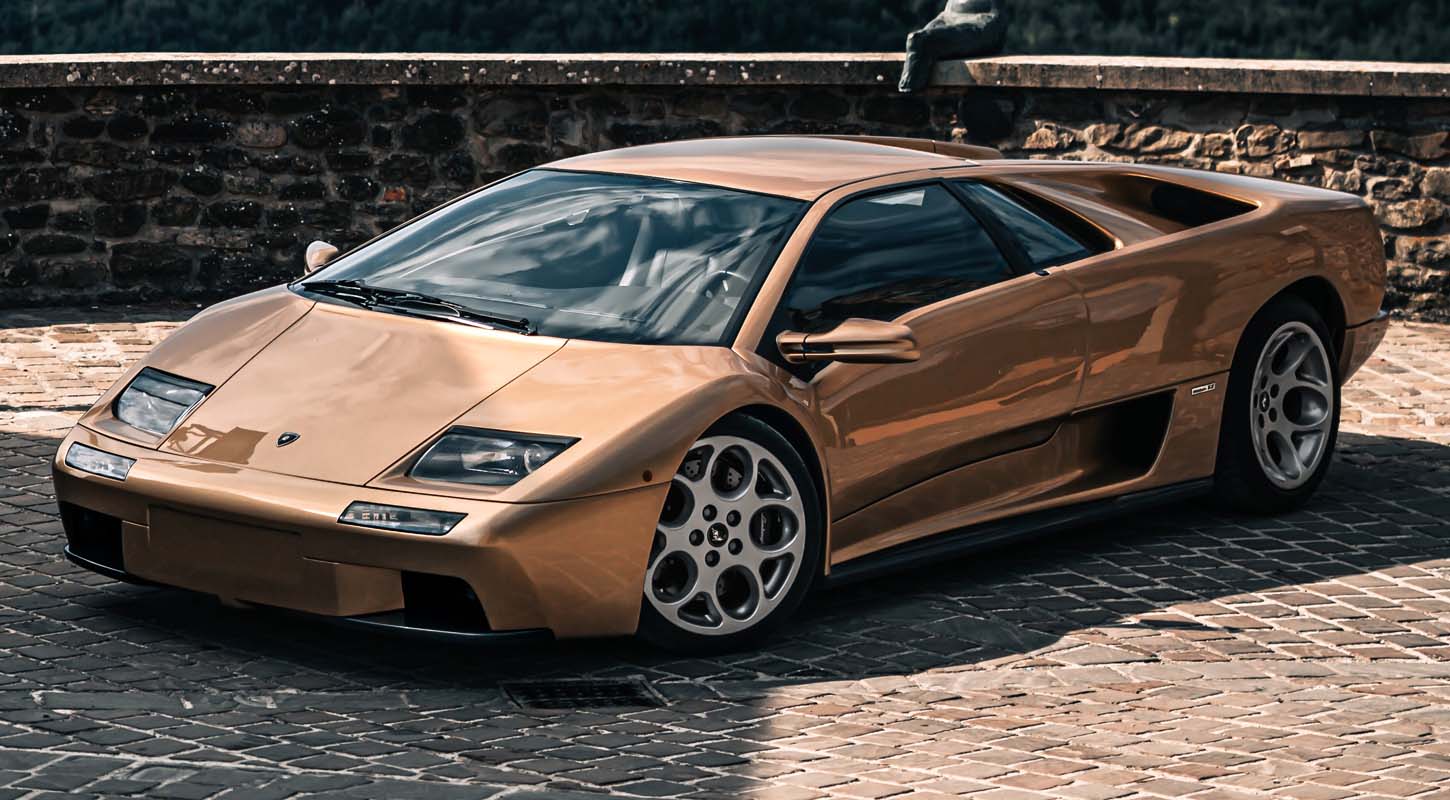 The turning point for Lamborghini came in 1998, when Audi bought the company. The automaker finally had enough resources to develop a more refined industrial plan and gained access to components and technology once never dreamed of. The new owners also saw the Diablo as a product worth keeping and further developed. This led to the birth of the second series of the Diablo, designed in the brand new internal Centro Stile. Even faster and more powerful than ever thanks to the bigger V12 6-liter engine, it also boasted more luxurious finishes and increased reliability during daily driving, resulting from rigorous quality control during design, testing and production.

1993: The year of the Diablo VT, the first four-wheel drive Lamborghini

Originally the mechanics of the Diablo, though refined, were still traditional, consisting of rear longitudinal engine with four chain-driven camshafts, electronic fuel injection, rear-wheel drive and mechanical transmission. Power steering arrived only in 1993 and the electronics were there only to manage the engine. The Diablo VT, Lamborghini’s first four-wheel drive super sports car was presented in 1993, becoming the benchmark in terms of roadholding and driving safety in any condition.

“VT” stands for “Viscous Traction”, because the torque transfer from the rear axle to the forecarriage is via a viscous coupling. With this system, the VT is normally a rear-wheel drive vehicle with up to 20% transfer to the front wheels only if the rear wheels slip via a viscous coupling and a propeller shaft connected to the front differential. The VT also introduced another innovation for Lamborghini: electronically-controlled suspension, with five preset operation programs to choose from.

With the V12 Diablo also produced in an open top version, the Diablo started another new tradition. Actually, a few timid attempts had been made in prior years, but these remained one-off versions. In December 1995, the Diablo Roadster made its debut, sporting a carbon fiber Targa top housed over the engine cover when down. 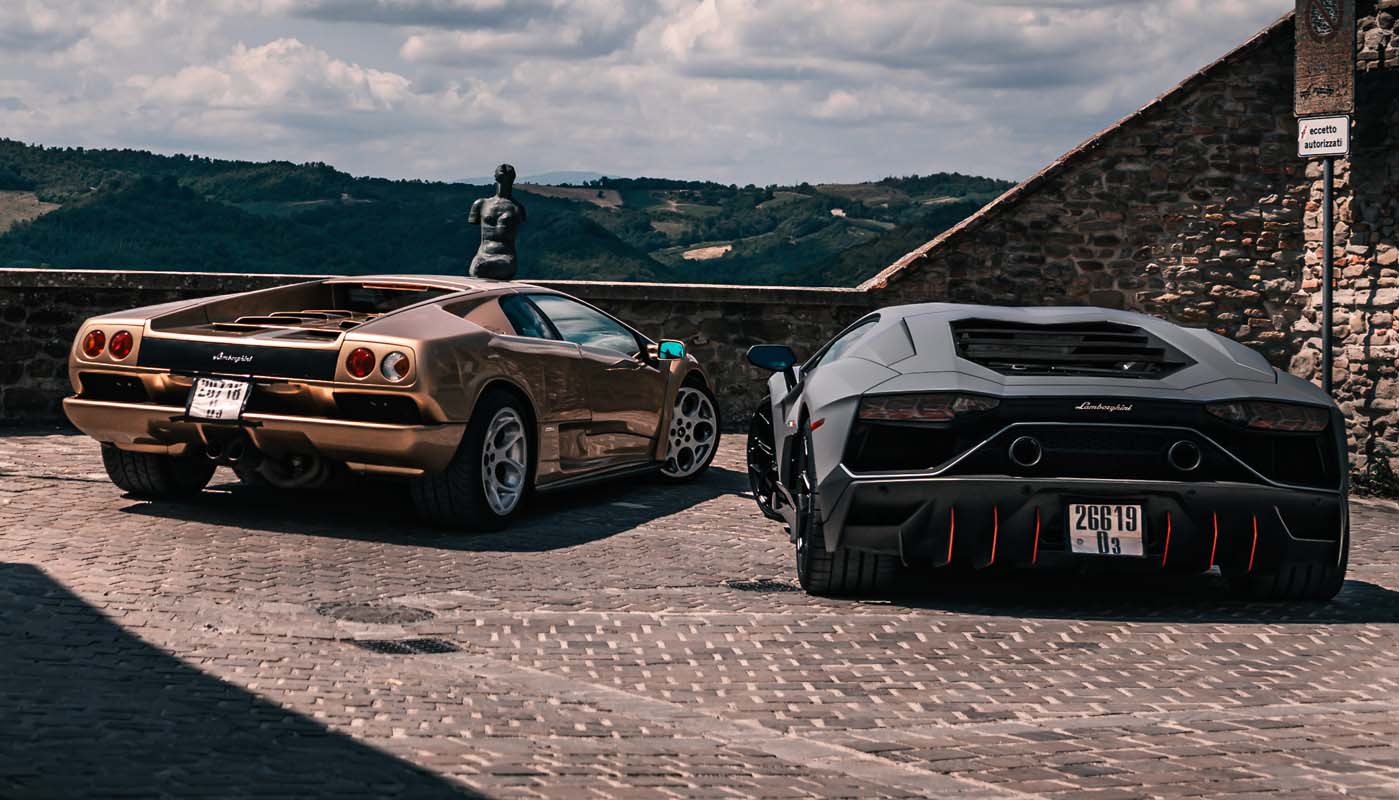 Lamborghini returned to racing with the Diablo, thanks to the Super Sport Trophy – later the Super Trofeo – racing championship, where it made its debut in a side race during the 24 Hours of Le Mans in 1996. Thirty-four 550 HP Diablo SV-Rs were made for gentlemen drivers competing in one-hour races.

The Diablo was featured in numerous films. One of the most memorable scenes was from the American film “Dumb & Dumber” starring Jim Carrey, Jeff Daniels and the red Diablo in which they arrive to the hotel.

It also appeared in the 2001 film “Exit Wounds,” directed by Andrzej Bartkowiak, with “DMX” Earl Simmons and Anthony Anderson. Here a 1999 Diablo VT Roadster steals the show in the car showroom scene, bought in cash after an exhilarating engine “rev up”.

Finally, in the video game “Need for Speed III: Hot Pursuit,” the featured car is a Diablo SV. 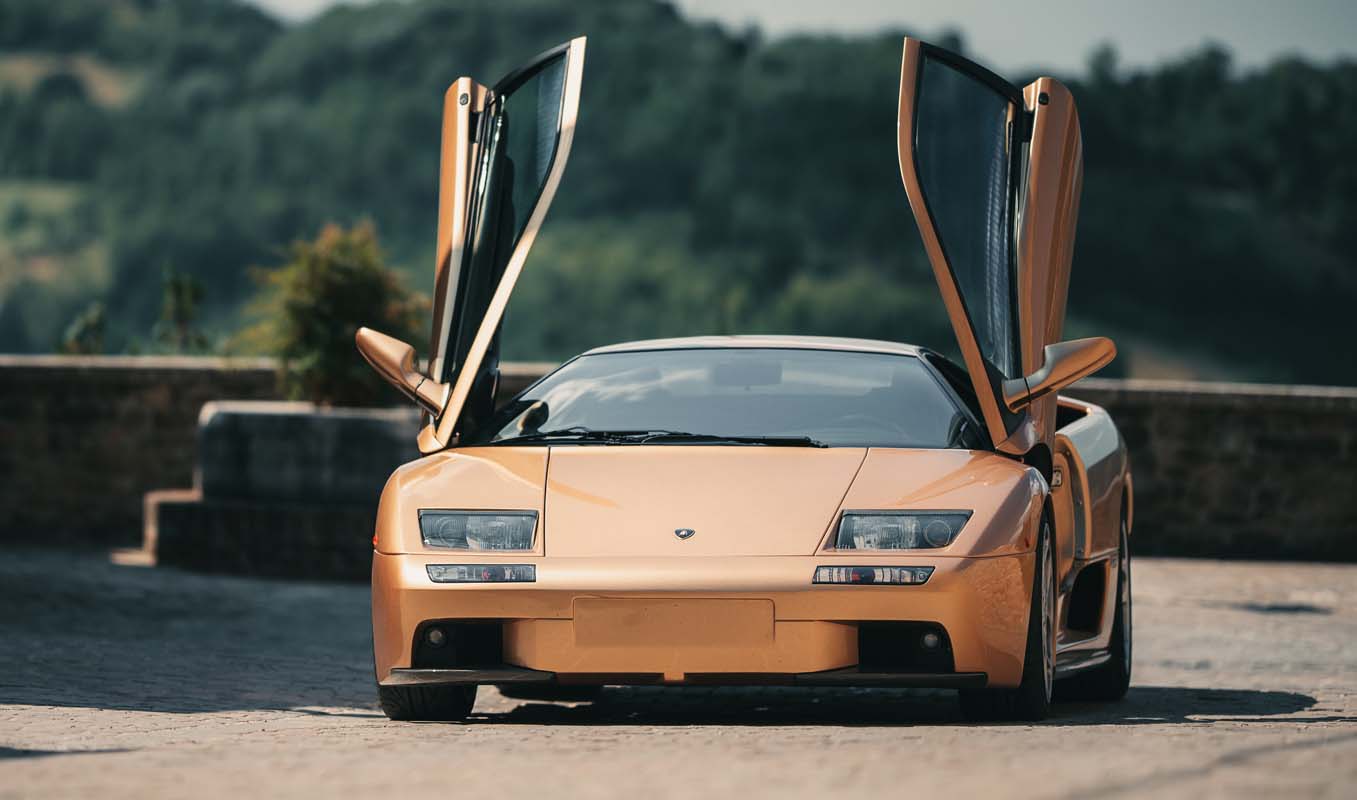 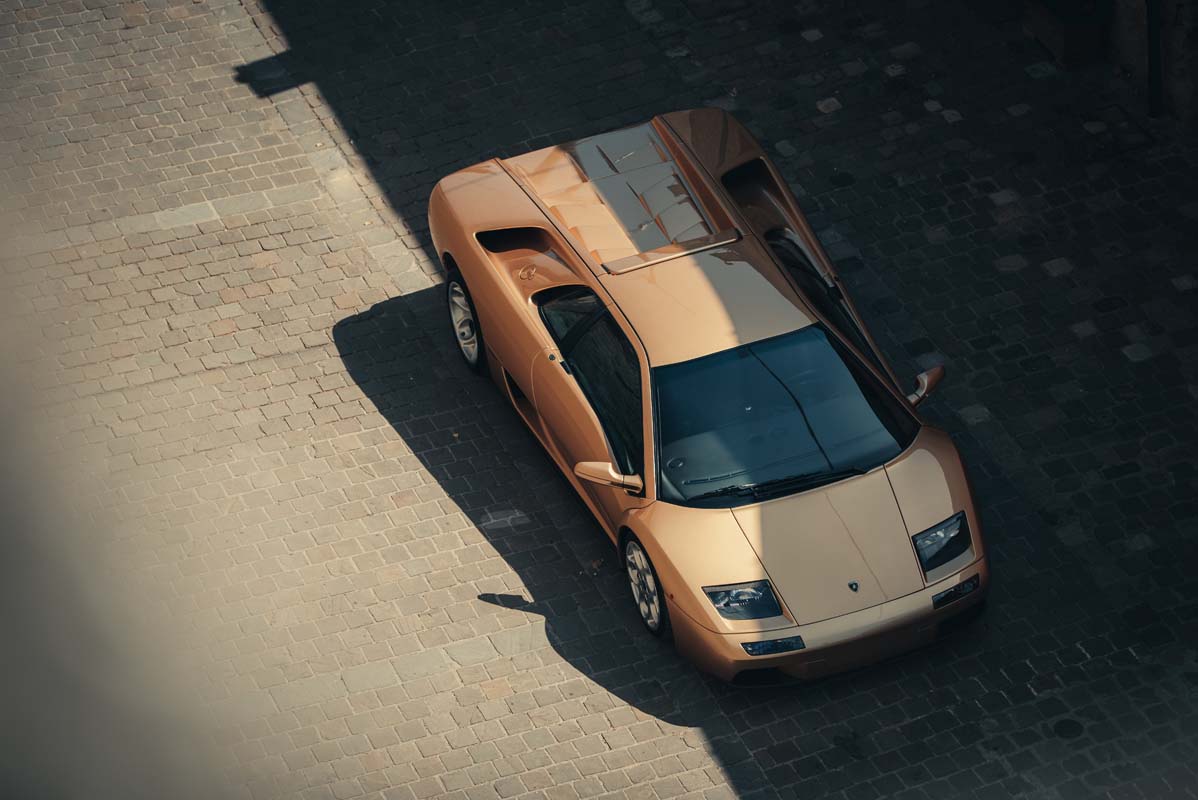 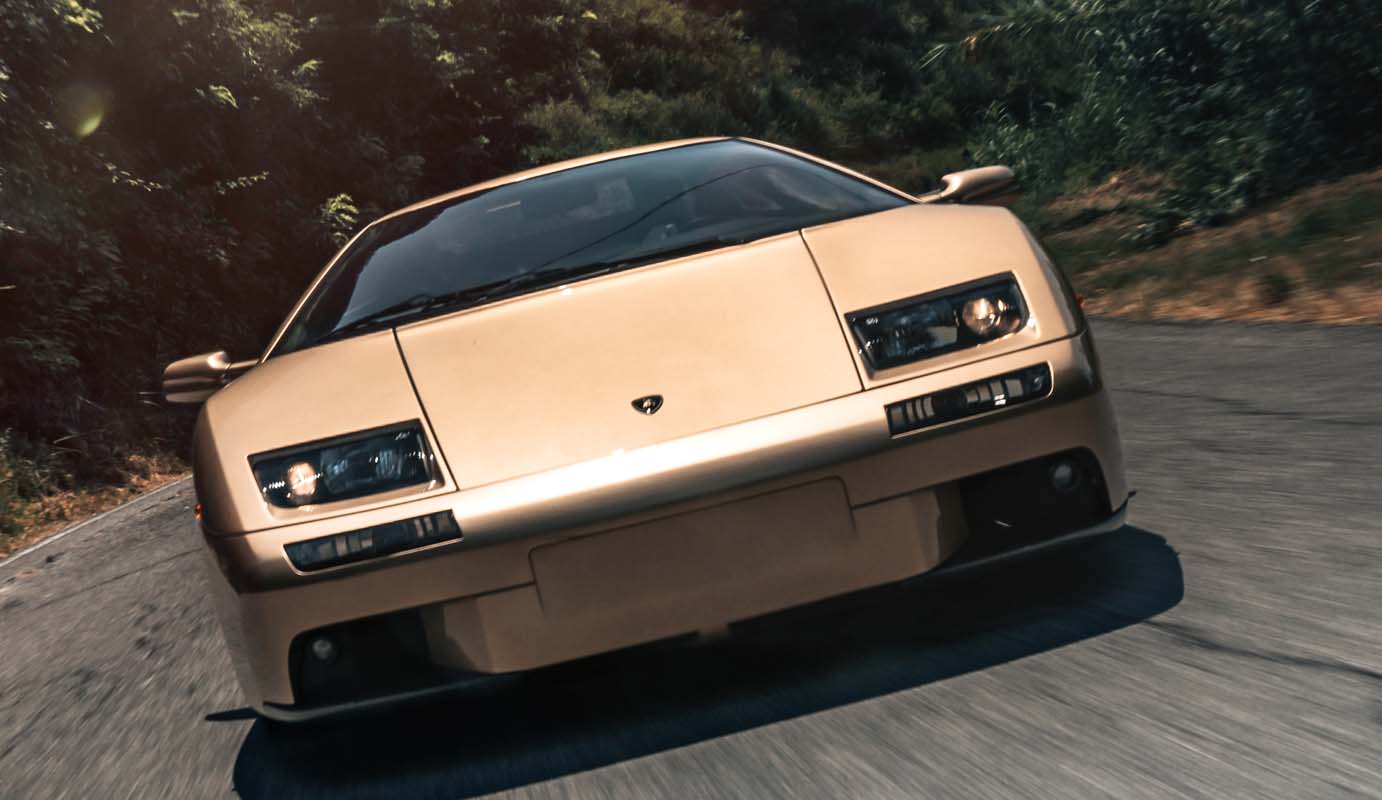 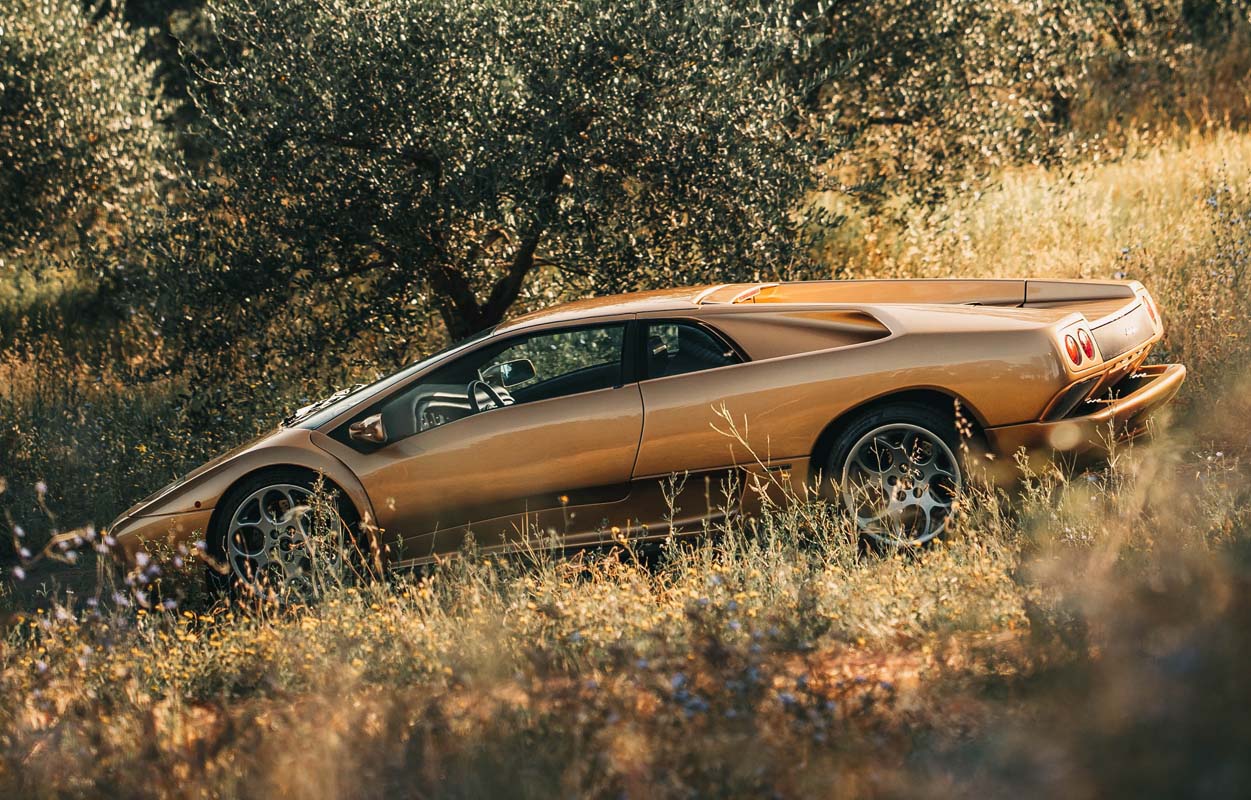 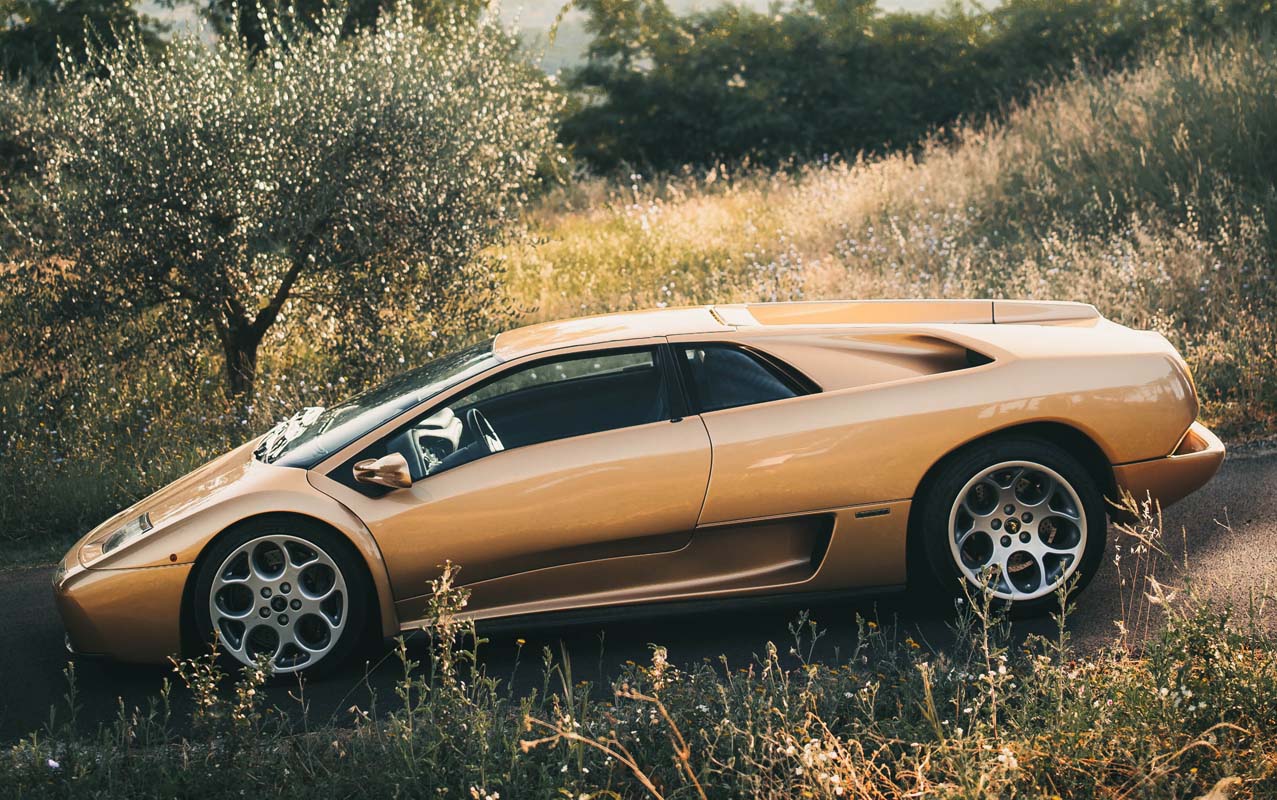 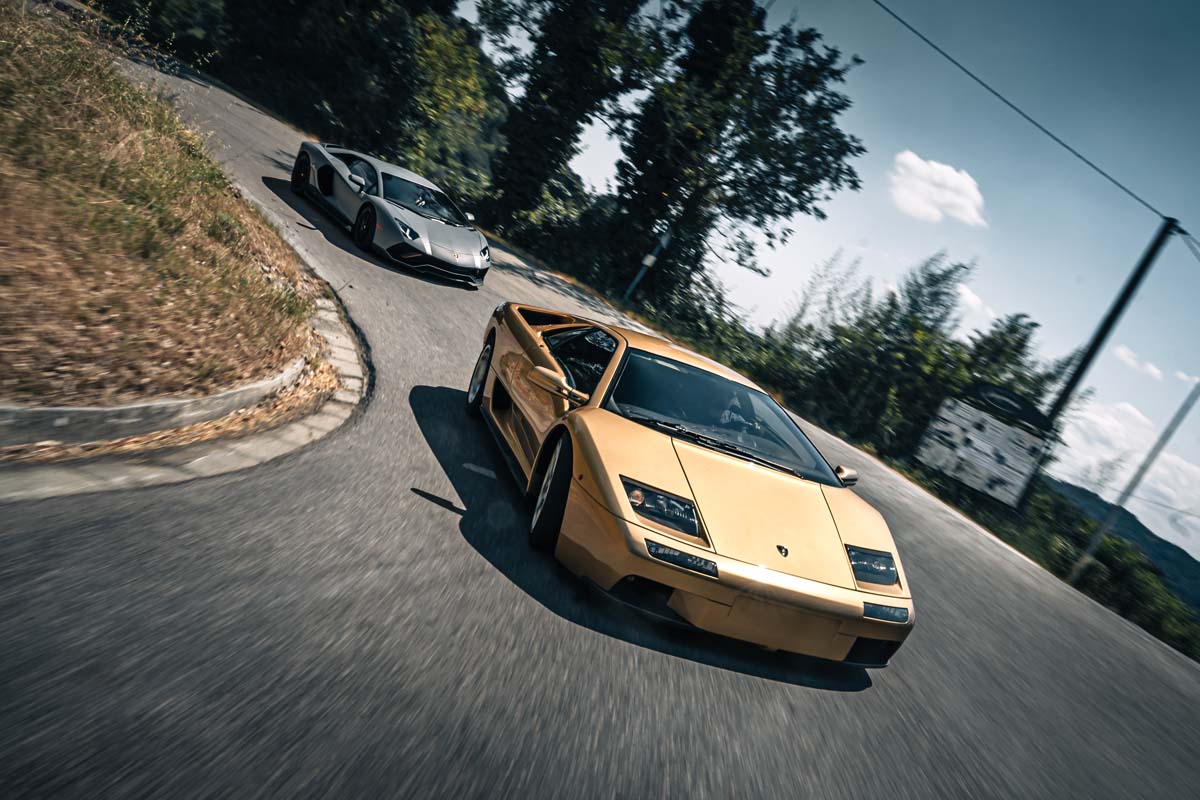 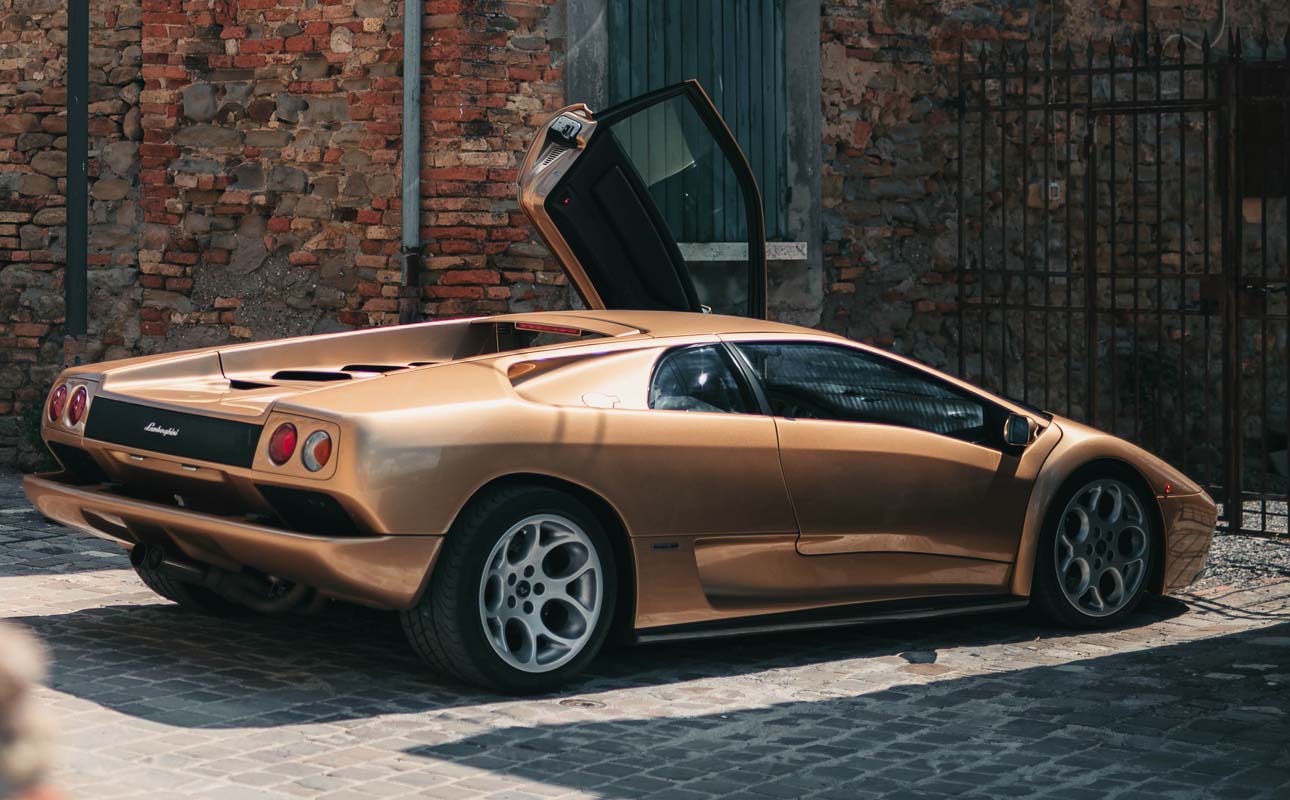 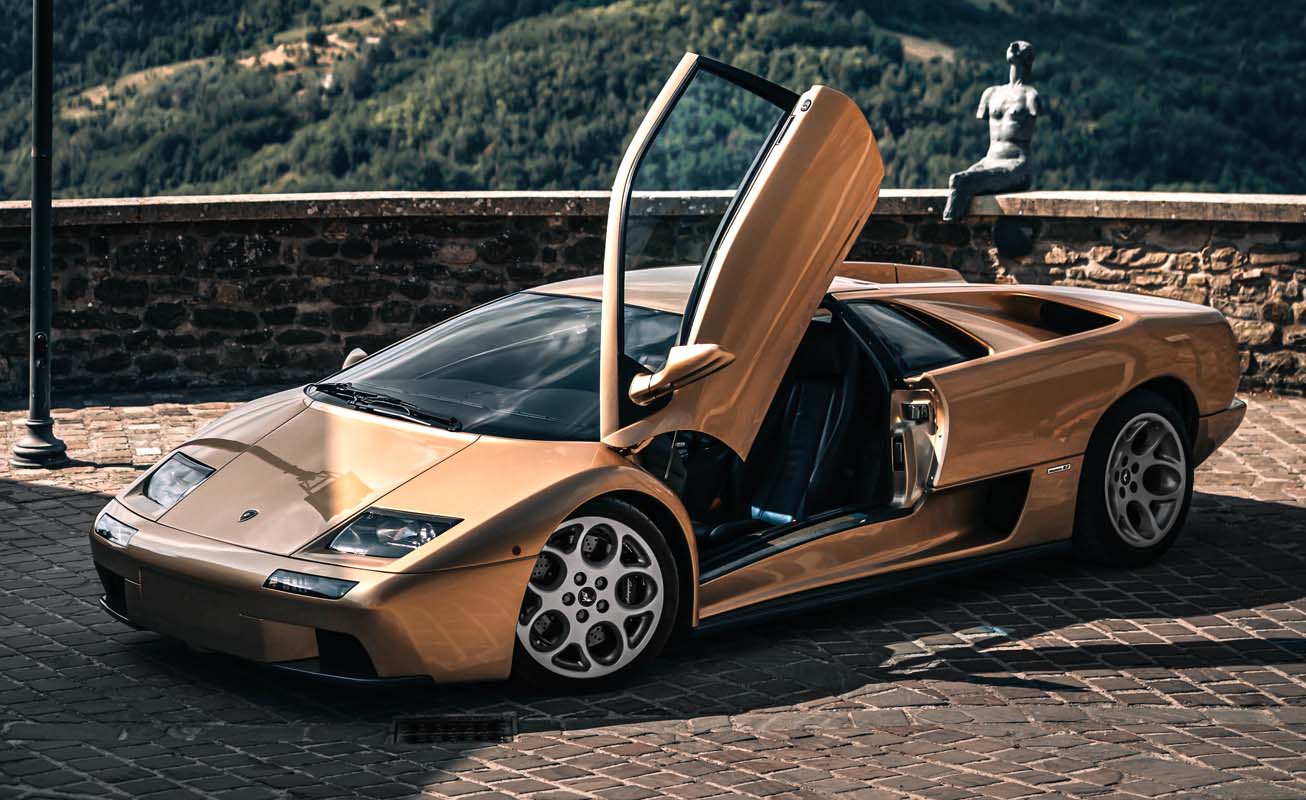 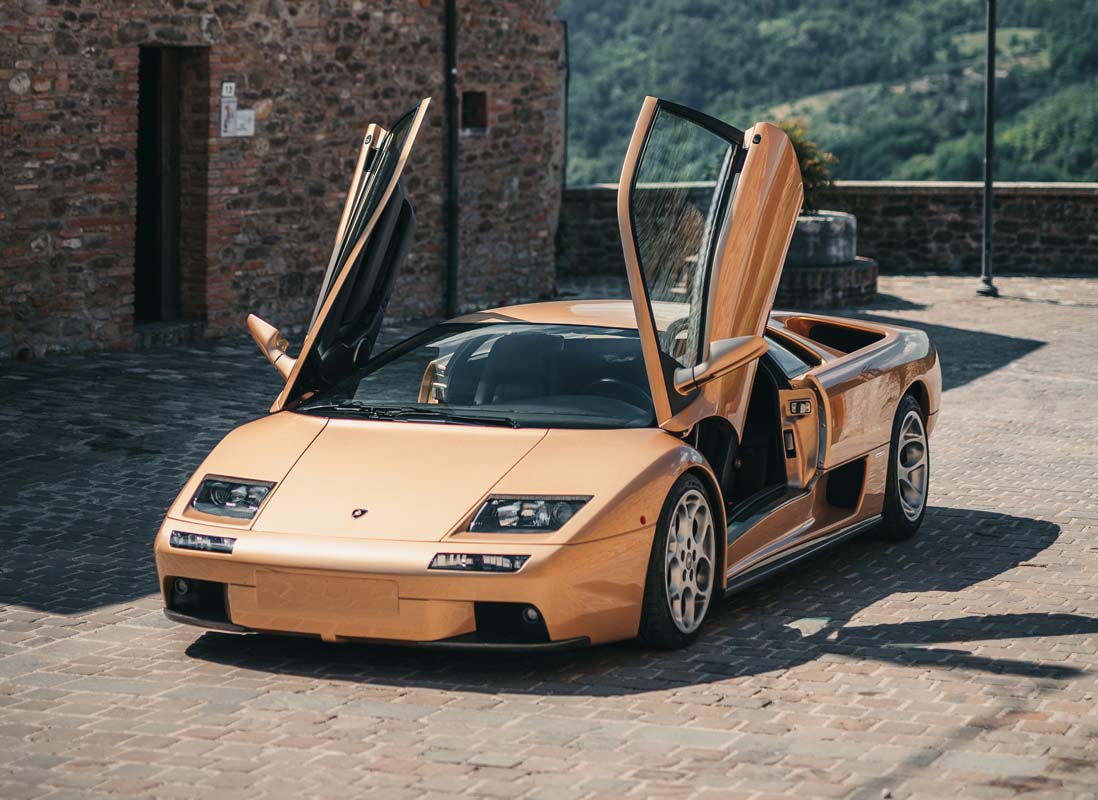 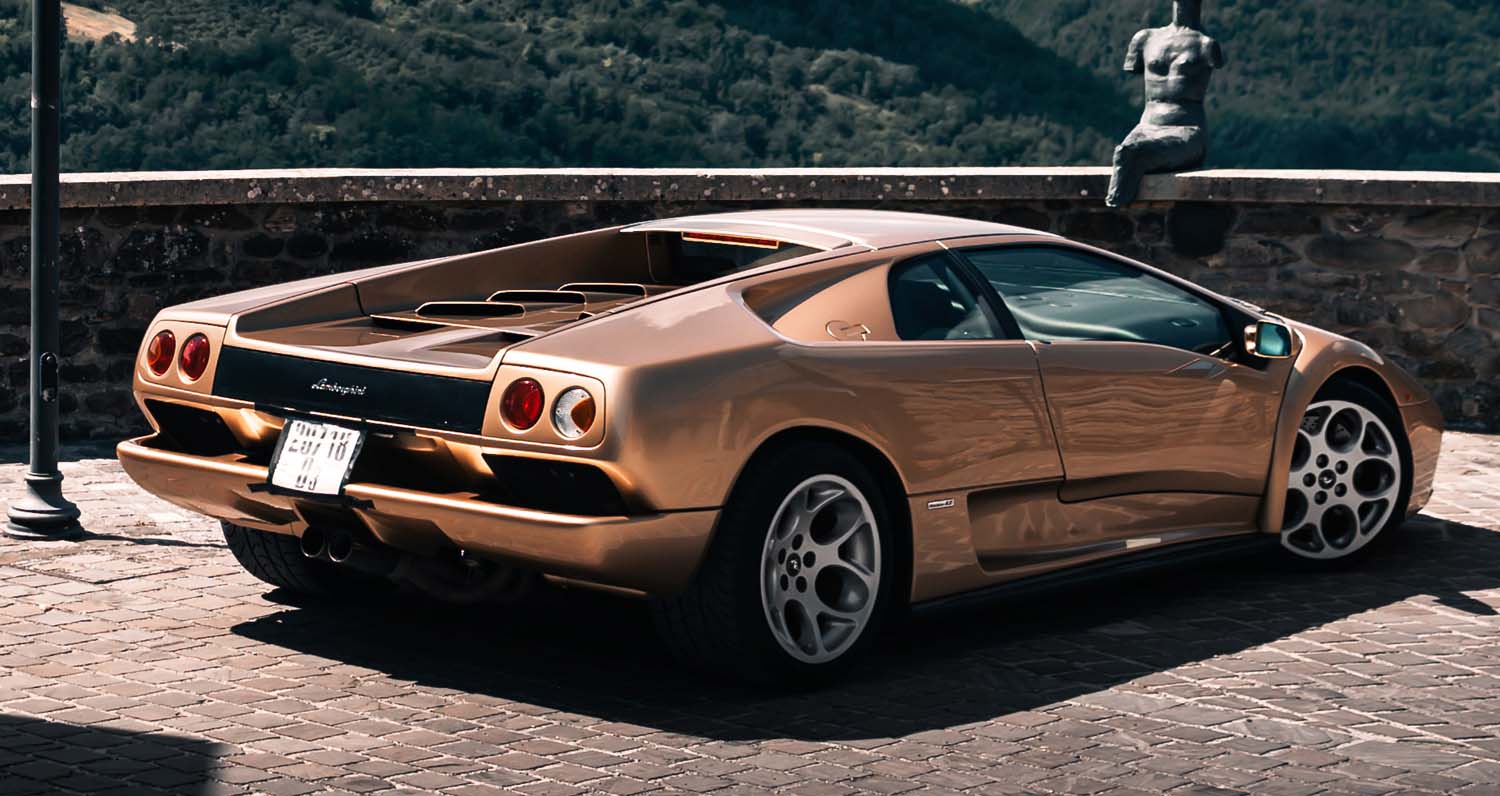 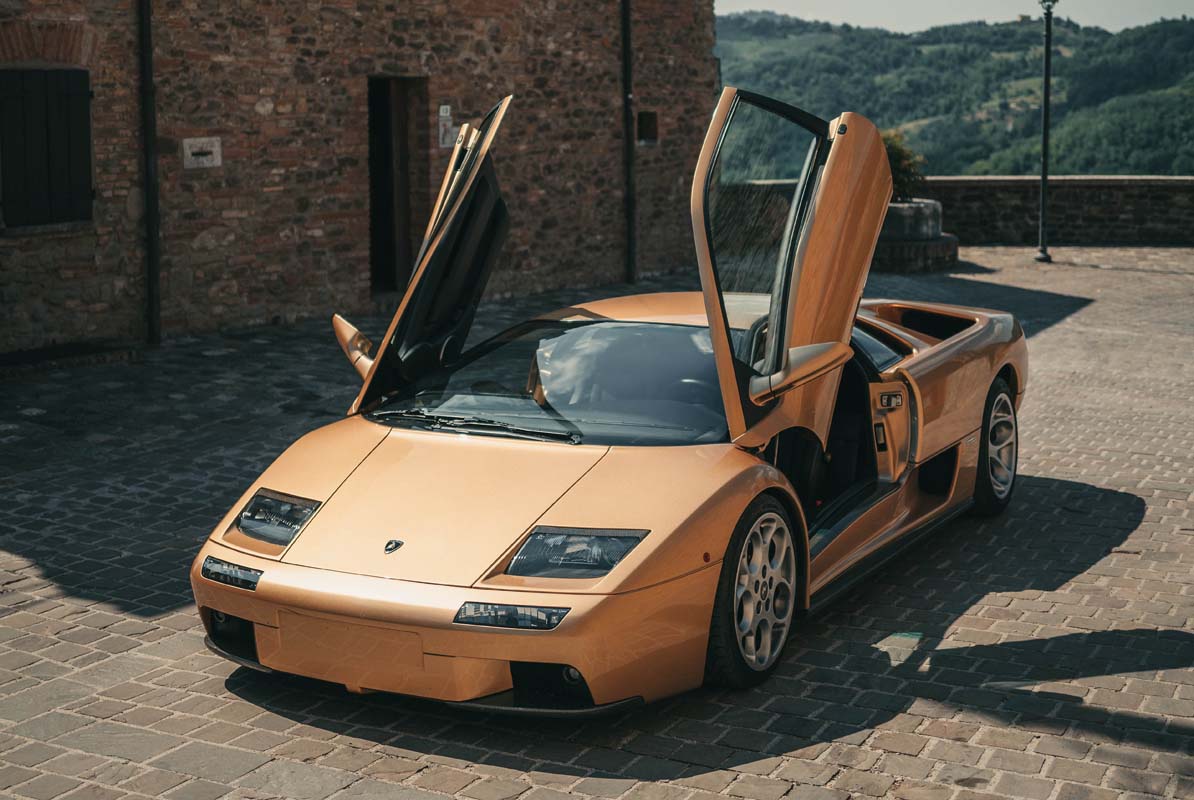 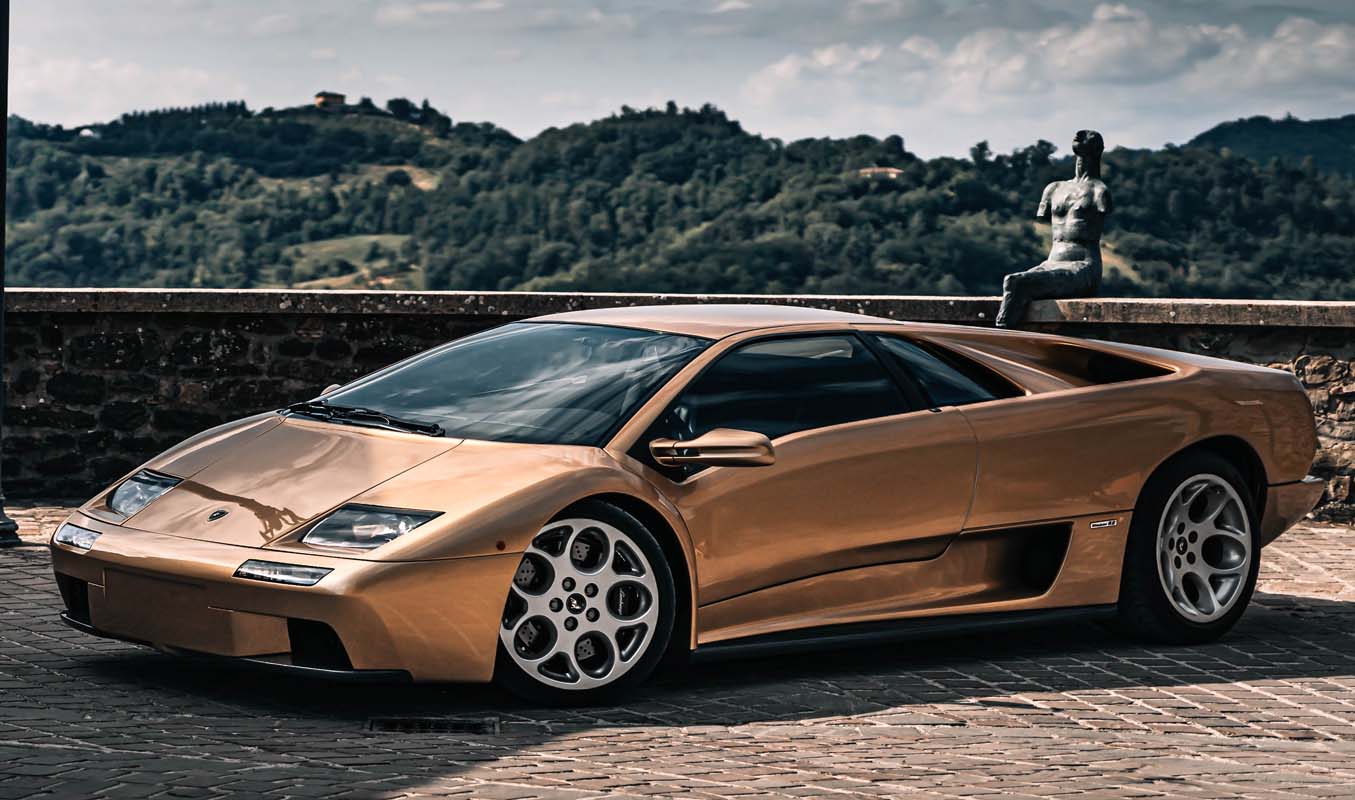 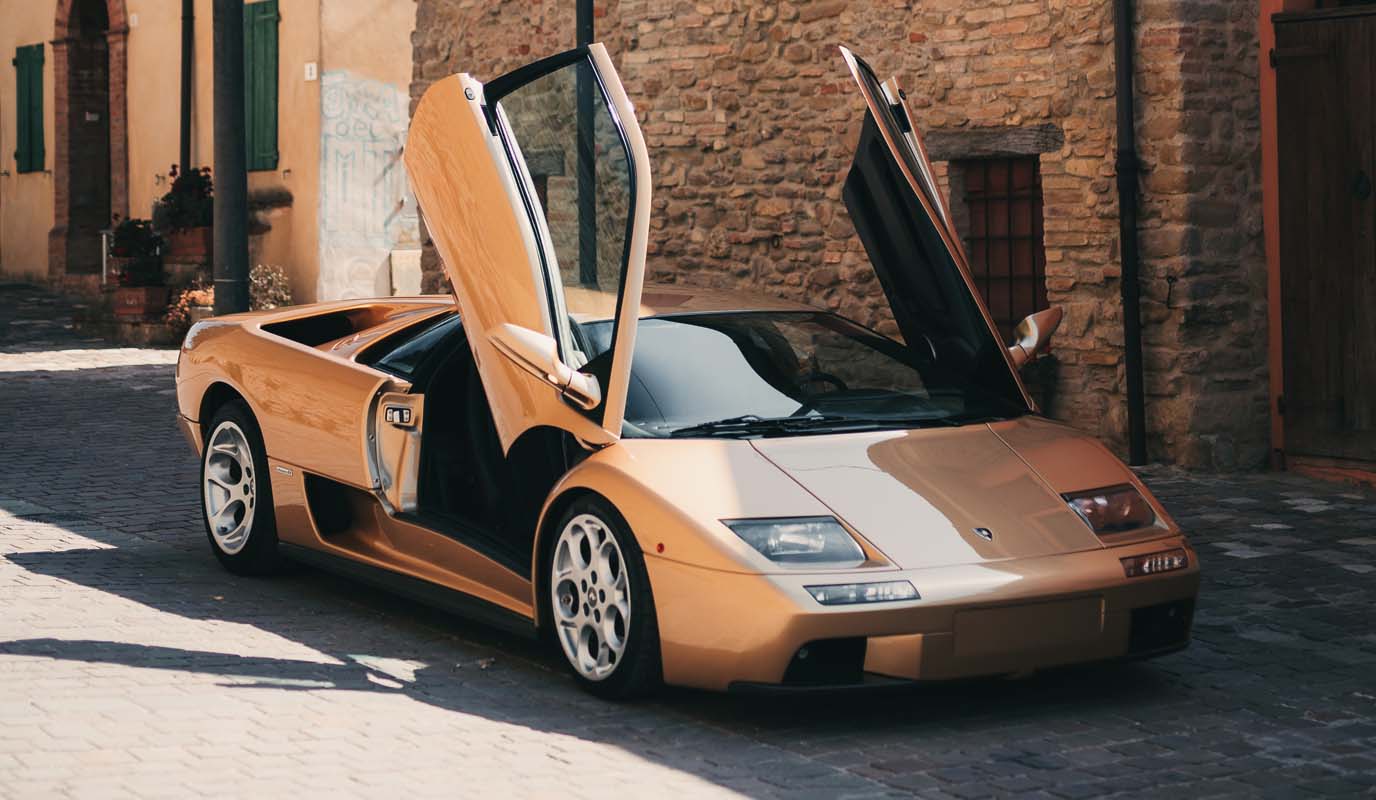 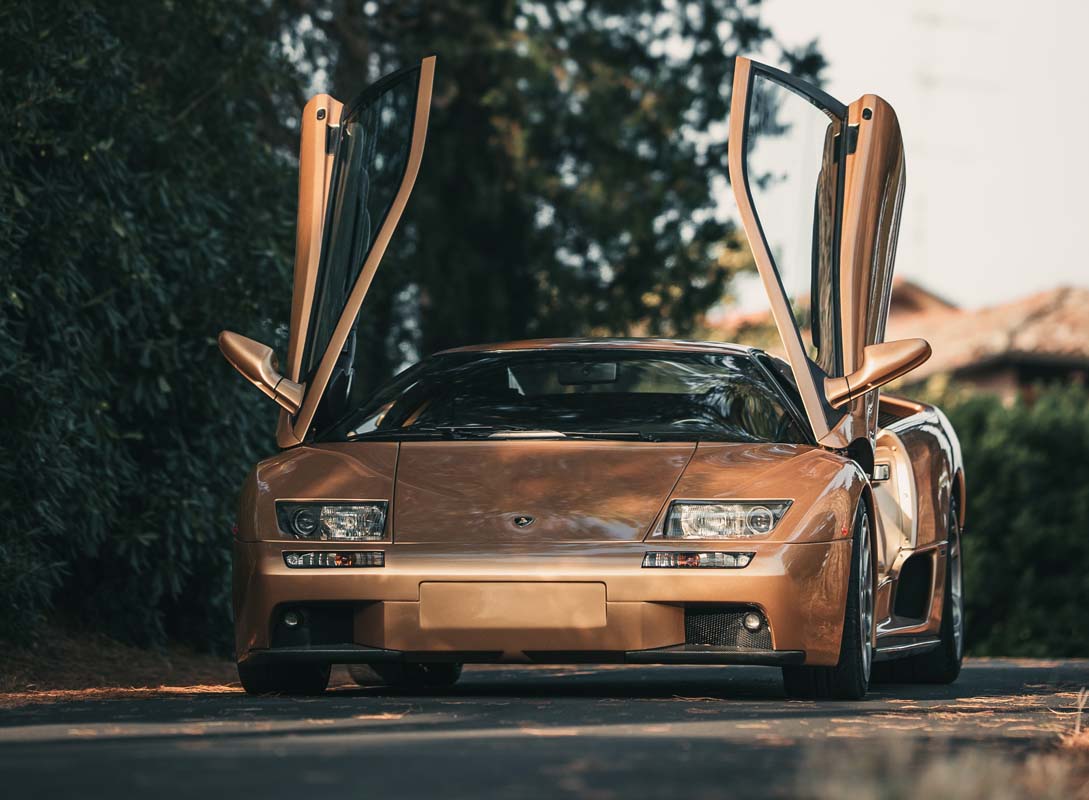 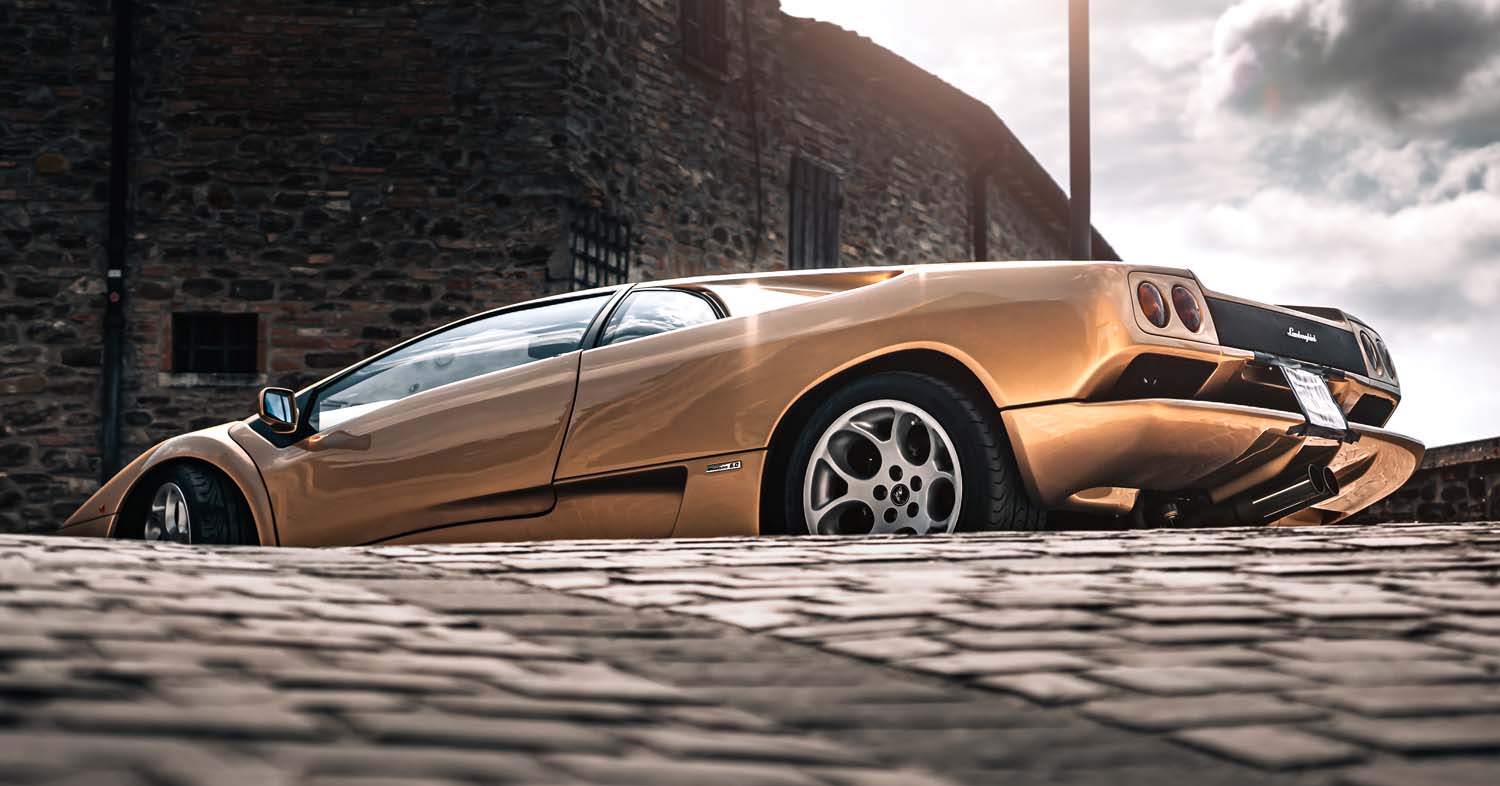 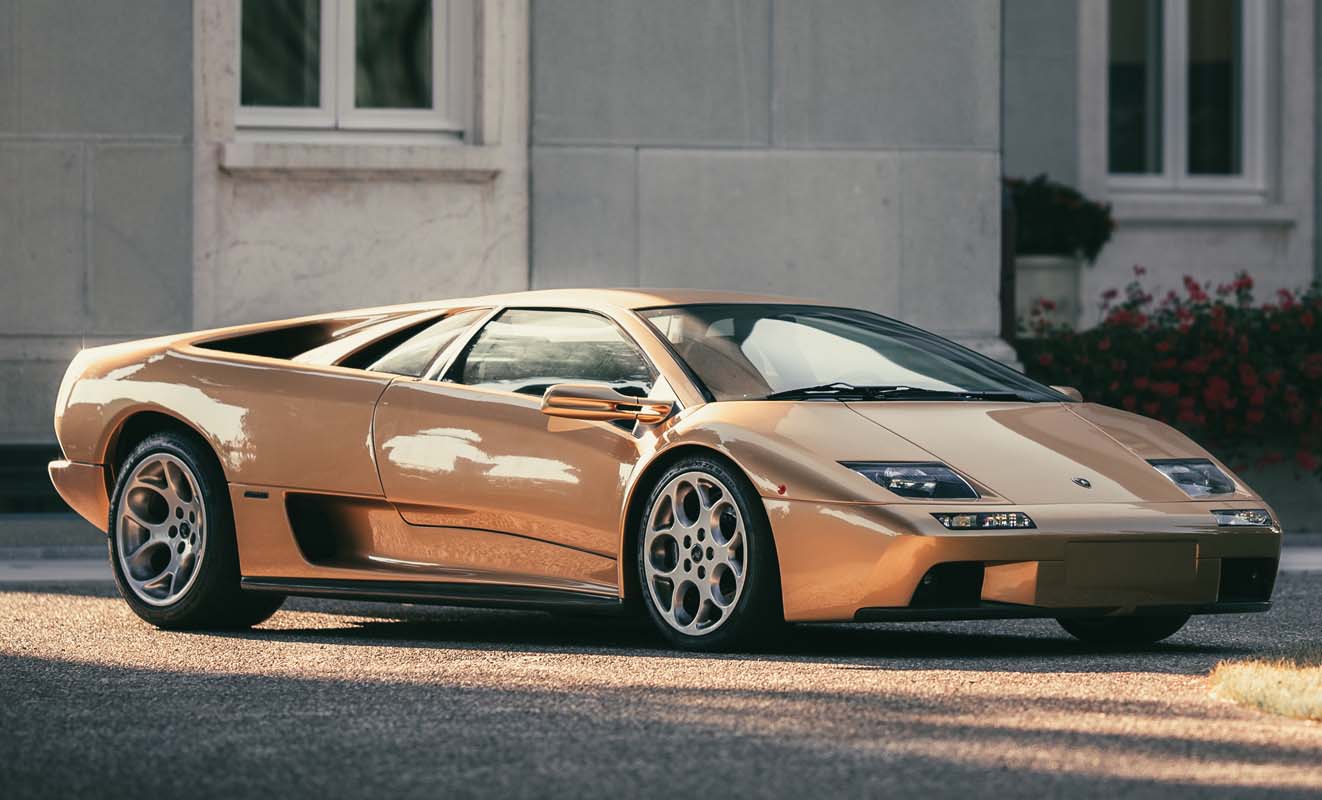 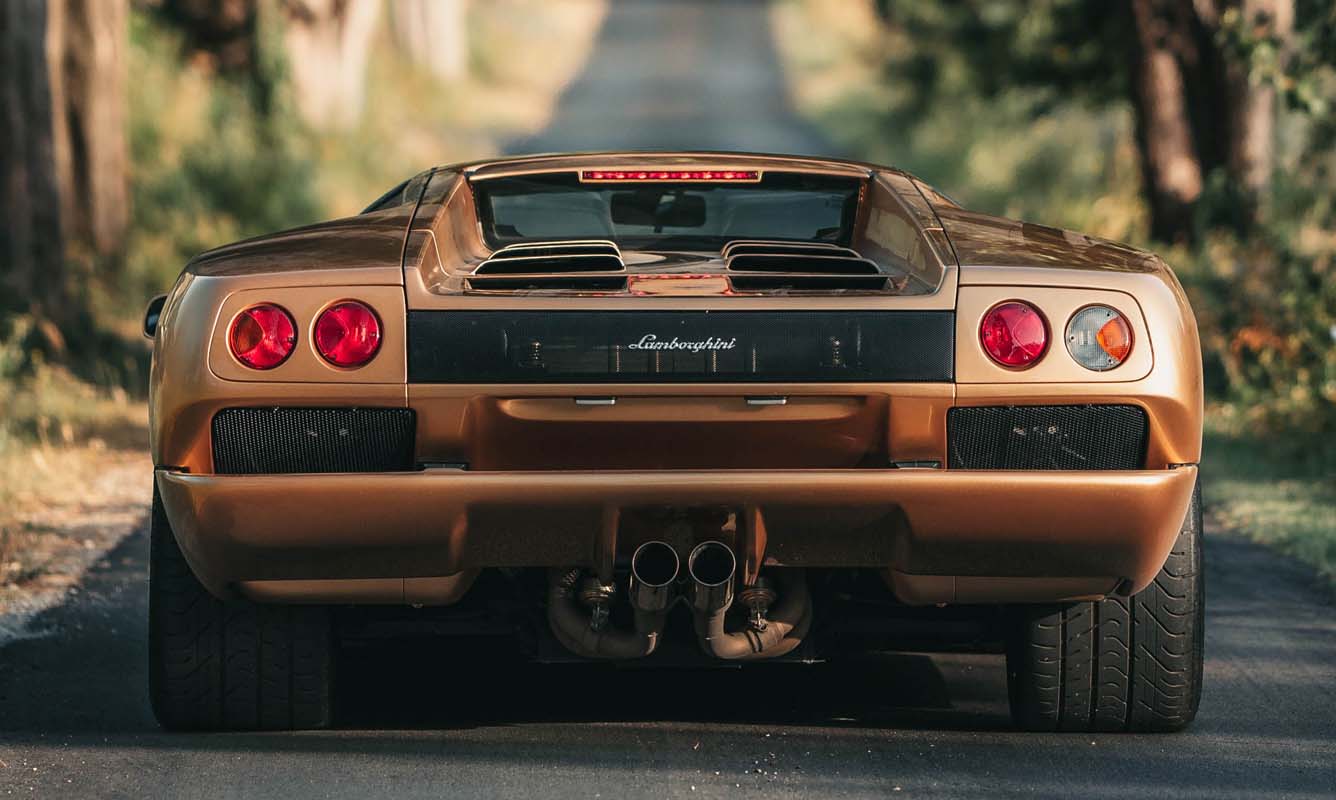 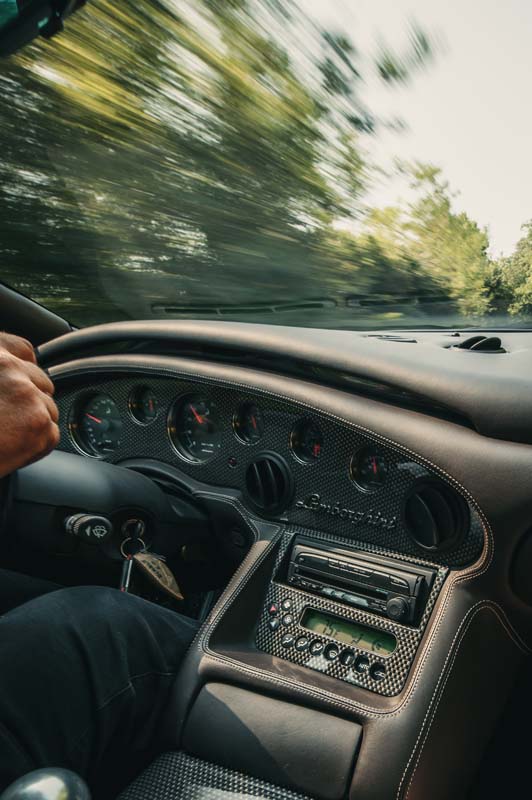 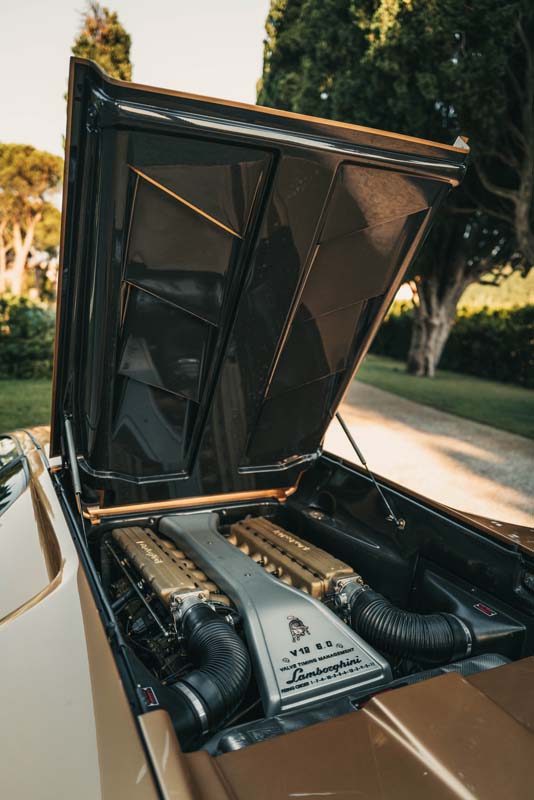 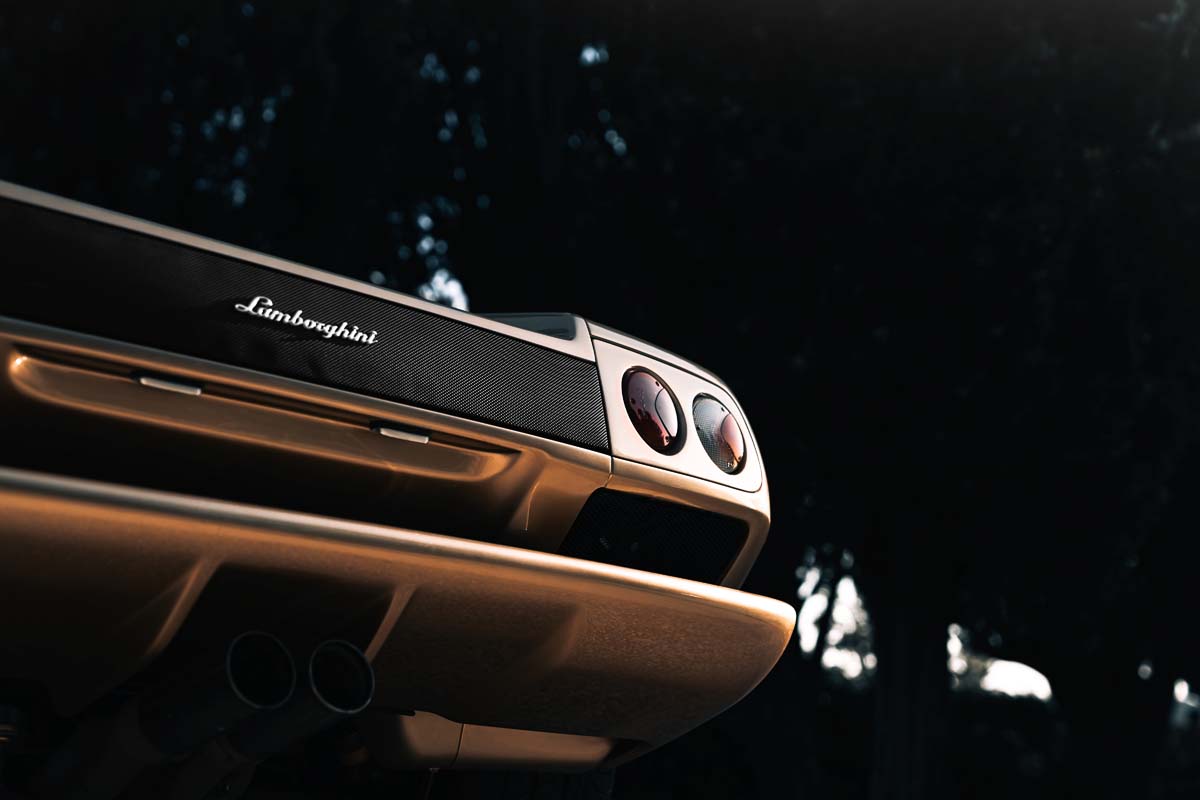 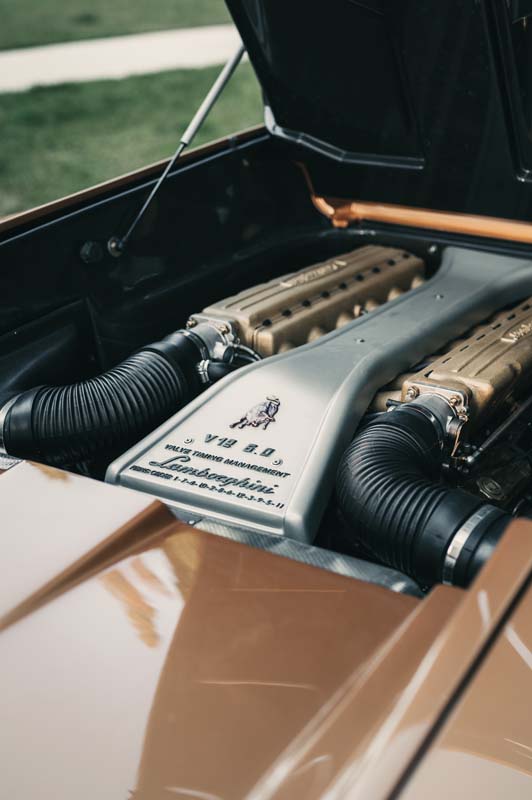 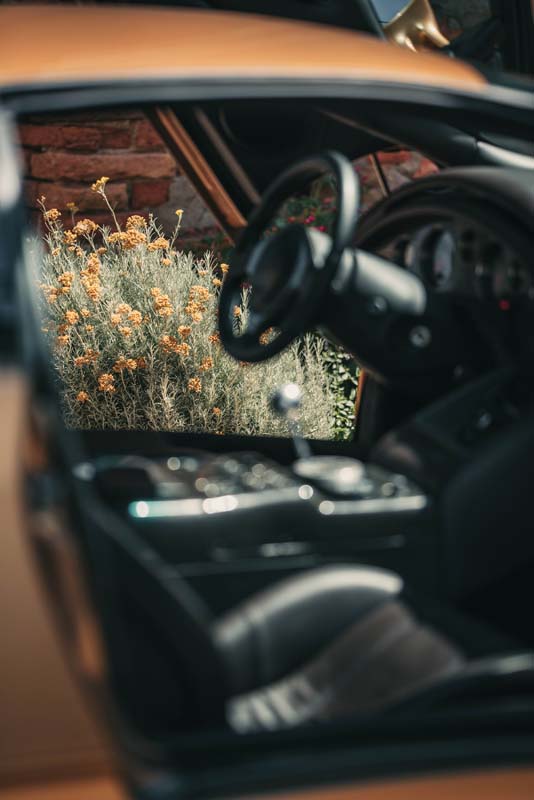 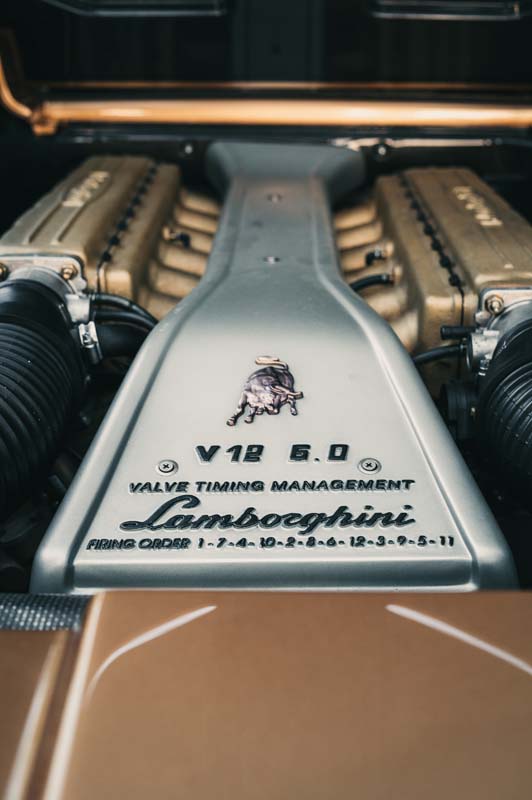 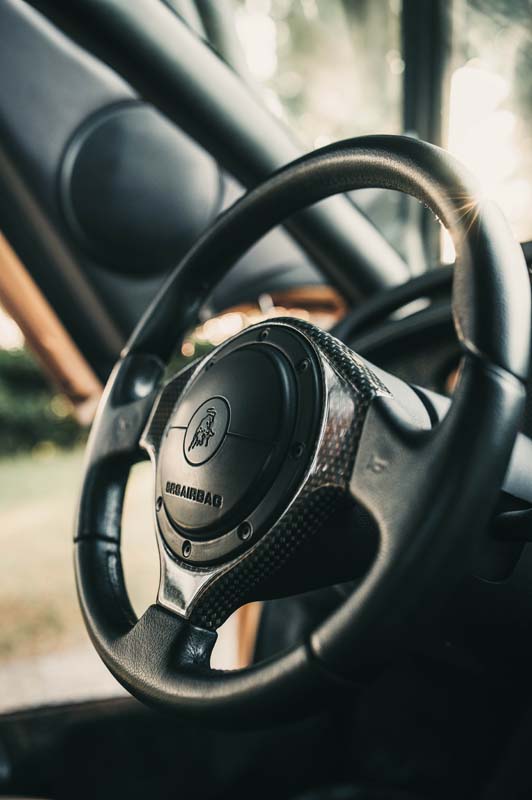 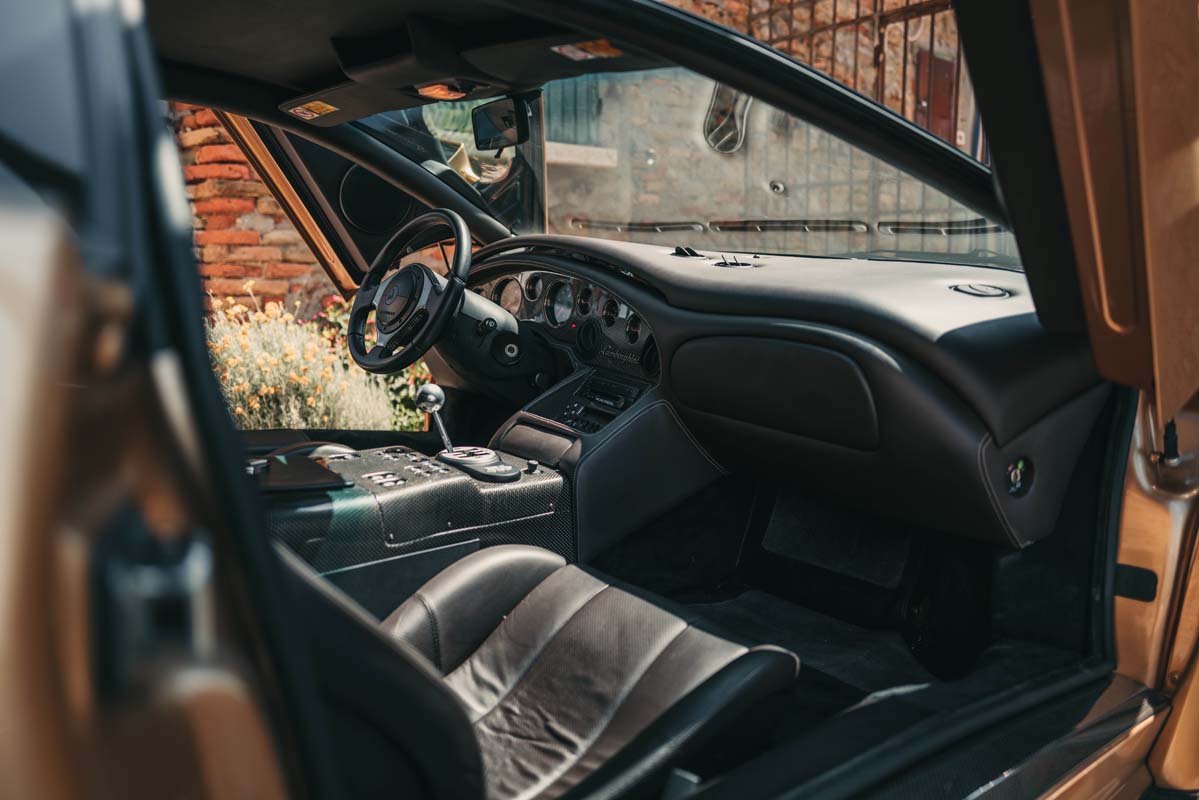 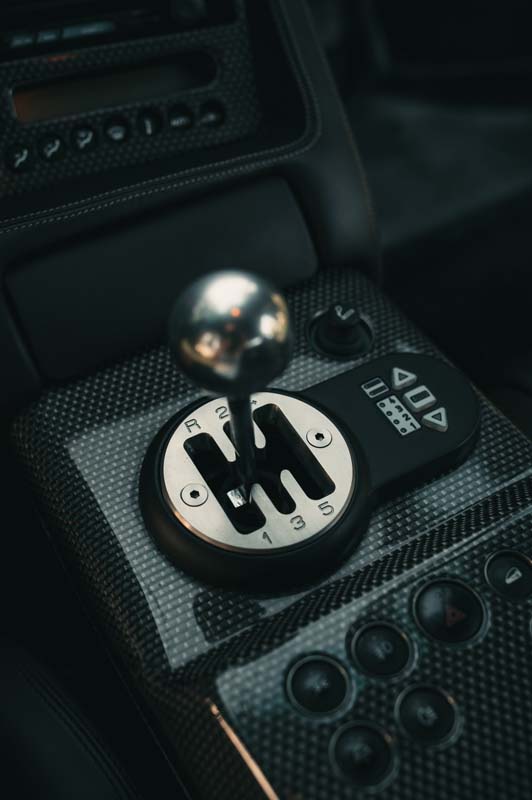