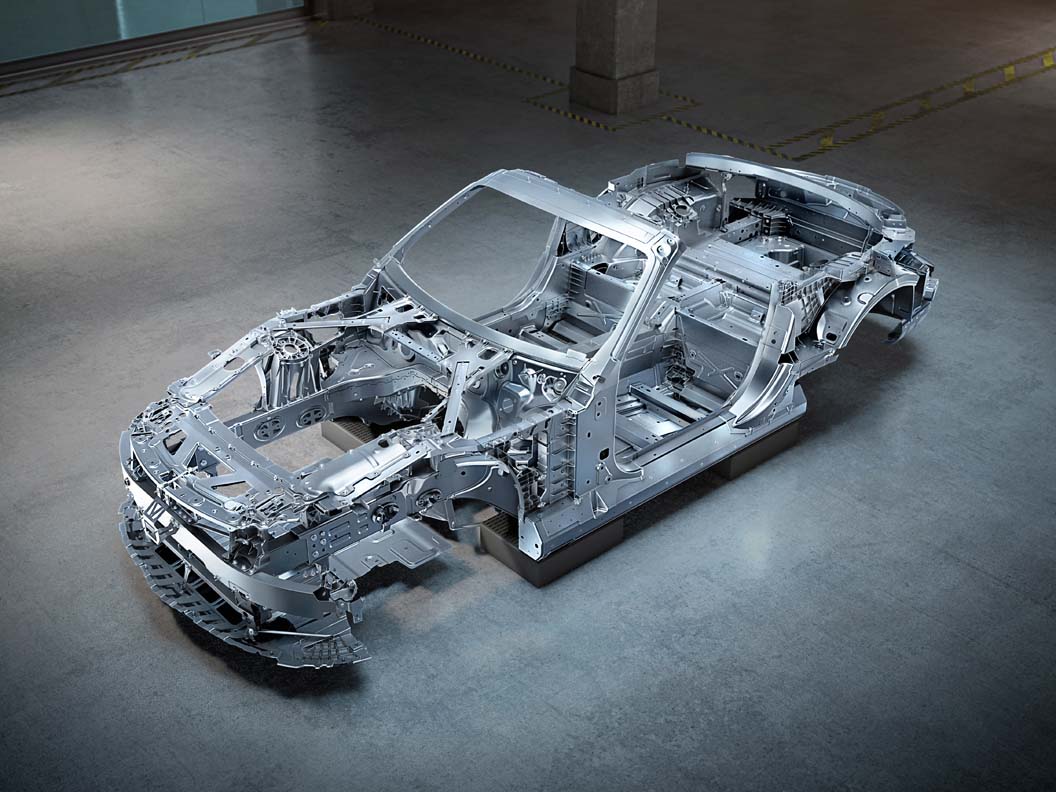 It began in 1952 with a filigree space frame, which in the first SL combined low weight with the highest possible torsional rigidity. This construction was conceived for its original use in motorsport and further developed to provide the backbone for the later production model in coupé and roadster form. When the all new roadster icon takes to the stage this year, its basis will be a completely new vehicle architecture developed by Mercedes-AMG. The lightweight composite aluminium chassis provides the basis for precise driving dynamics, high comfort, optimal packaging and sporty body proportions.

The new roadster architecture consists of the combination of an aluminium space frame with a self-supporting structure. It was created – as with the first SL in 1952 – literally on a blank sheet of paper: not a single component was taken over from the preceding SL model or, for example, from the AMG GT Roadster.

“The development team in our bodyshell design area was faced with an extremely appealing, but also challenging task: when we were commissioned to undertake the overall development of the new SL, we started from scratch, so to speak, without building on any existing structure. We can be justifiably proud of the result, which proves, once again, the high level of development competence in Affalterbach. On the one hand we have managed to reconcile the high package demands, while on the other we have been able to achieve excellent rigidity values in all areas in conjunction with a favourable weight, so providing the basis for agile driving dynamics and exceptional comfort.” says Jochen Hermann, Chief Technical Officer of Mercedes-AMG GmbH.

The requirements for the bodyshell architecture of the new luxury roadster were considerable: the specifications demanded a much more comprehensive scope of services than for the predecessor model series. In particular, the basic layout with 2+2 seats and the potential to accommodate a wide range of drive systems were realised here for the first time in an SL, a task that presented the developers with completely new challenges in terms of complexity. The aim was to present the Driving Performance characteristic of the brand with a focus on lateral and longitudinal dynamics, as well as to meet the high expectations in terms of comfort and safety.

As was already the case in 1952: the space frame, the basis of the SL’s success almost 70 years ago, is very light and yet has very high torsional rigidity. However, it is built so high in the entrance area that regular doors are not possible – the famous gullwing doors are the outcome of this design. The frame construction, designed specifically to cope with tensile and compressive stress, allows for small tube diameters. Stability is ensured by numerous closed triangles, which transfer the occurring forces to a tubular pyramid at the end of the engine compartment.

In the new SL, on the other hand, the intelligent material composition of aluminium, steel, magnesium and fibre composites ensures the highest possible rigidity in conjunction with low weight. Optimised material cross-sections and sophisticated component shaping create space for the required comfort and safety features, the sophisticated technology and the soft top. Other targeted measures include aluminium thrust panels on the underbody and function-integrated struts at the front and rear. The instrument panel support made of magnesium, along with part of the front module cover bridge made out of a fibre composite material with a mixture of glass fibres and carbon, also demonstrate the engineers’ efforts to achieve the best possible, customised use of the most diverse materials. This also applies to the windscreen frame made of high-strength, hot-formed tubular steel. This, in conjunction with a system behind the rear seats that extends at lightning speed if necessary, serves as rollover protection.

Cast aluminium components are used at the nodal points where forces come together or where functions are highly integrated, i.e. where large forces have to be transferred. Cast components have the advantage of enabling the specific discharge of forces, and make it possible to vary wall thicknesses locally according to the loads encountered. Areas of greater rigidity can therefore be realised where required, for example at the chassis connections. Moreover, only the necessary wall thickness is provided at any point of the component, which saves weight in the areas subject to low forces.

Compared to the previous model series, the torsional stiffness of the bodyshell structure increased by 18 percent. The transverse rigidity is 50 percent higher than that of the AMG GT Roadster, while the longitudinal rigidity is 40 percent higher. The likewise improved introduction rigidity for the chassis connection ensures sporty driving performance with precise handling and high agility. The weight of the pure bodyshell without doors, bonnet and boot lid, as well as without add-on assembly parts, is around 270 kilograms.

The entire vehicle concept is geared towards the lowest possible centre of gravity. This applies both to the low connection points for the powertrain and axles and to the lowest possible arrangement of the rigidity-relevant bodyshell structure. Examples of this are the connections between the front and rear sections and the passenger safety cell, with their high flexural strength and torque rigidity, systematically realised via force paths that are as low as possible.

Quality and processing at the highest level

Modern joining techniques such as MIG welding, laser welding, punch riveting, blind riveting, MIG soldering, glued seams or flow hole bolts as well as precise toolmaking raise the level of the bodyshell value appeal to the highest level. This applies equally to gap dimensions and to radii or joint courses. The quality standards were raised again here. It goes without saying that the new Mercedes-AMG bodyshell architecture meets all internal crash requirements, which in many areas are significantly stricter than legal requirements.

Despite the extremely high quality requirements, the development was implemented at a record-breaking pace: The pre-development was done in only three months. It took less than three years from the time the commission was given to a team of, initially, just six people to the release of the series. The high quality of the software used in the digital development made it possible to give the go-ahead for the production of the series tools without a real prototype of the chassis. And the so-called structural verification vehicle, which is of immense importance for passive accident safety, received internal top rating in the first real crash test.

Production of the new SL will take place at the Bremen plant, where the preceding model already rolled off the production line. 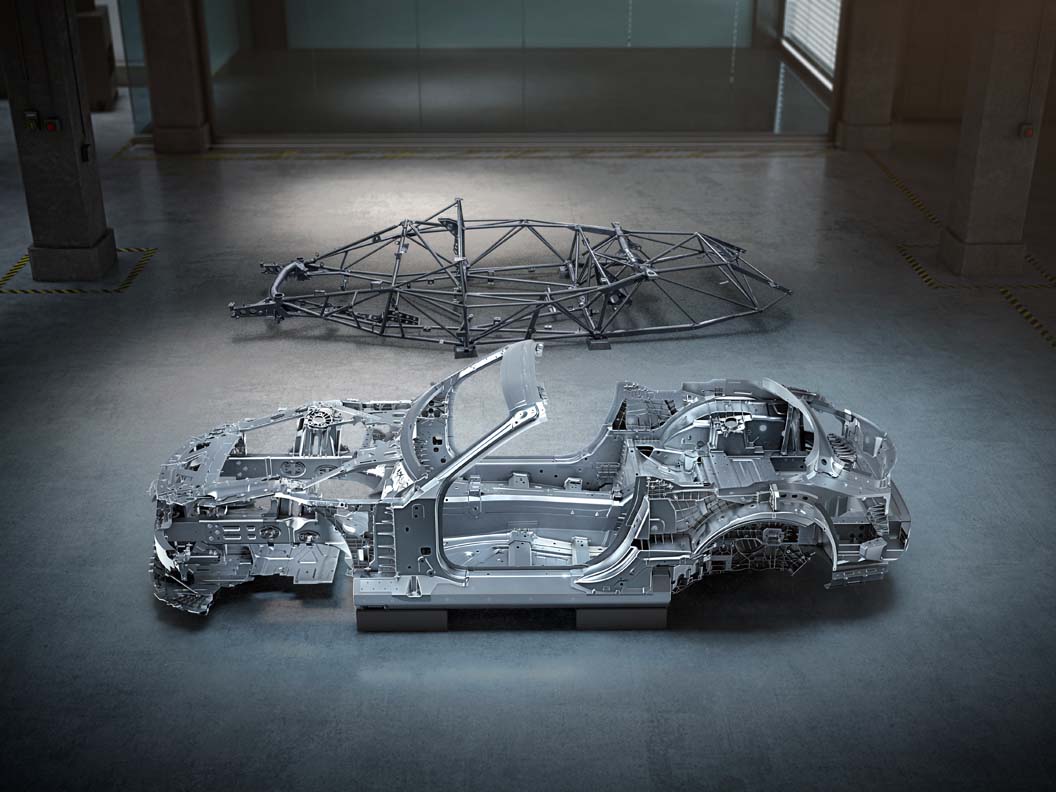 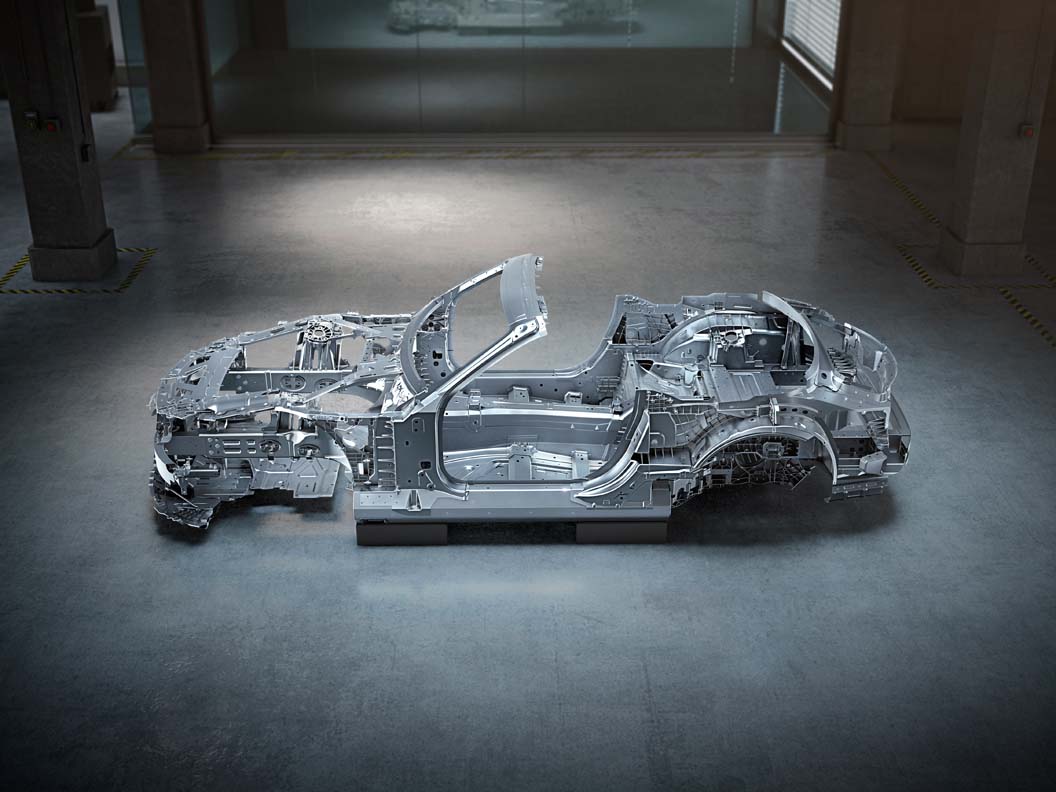 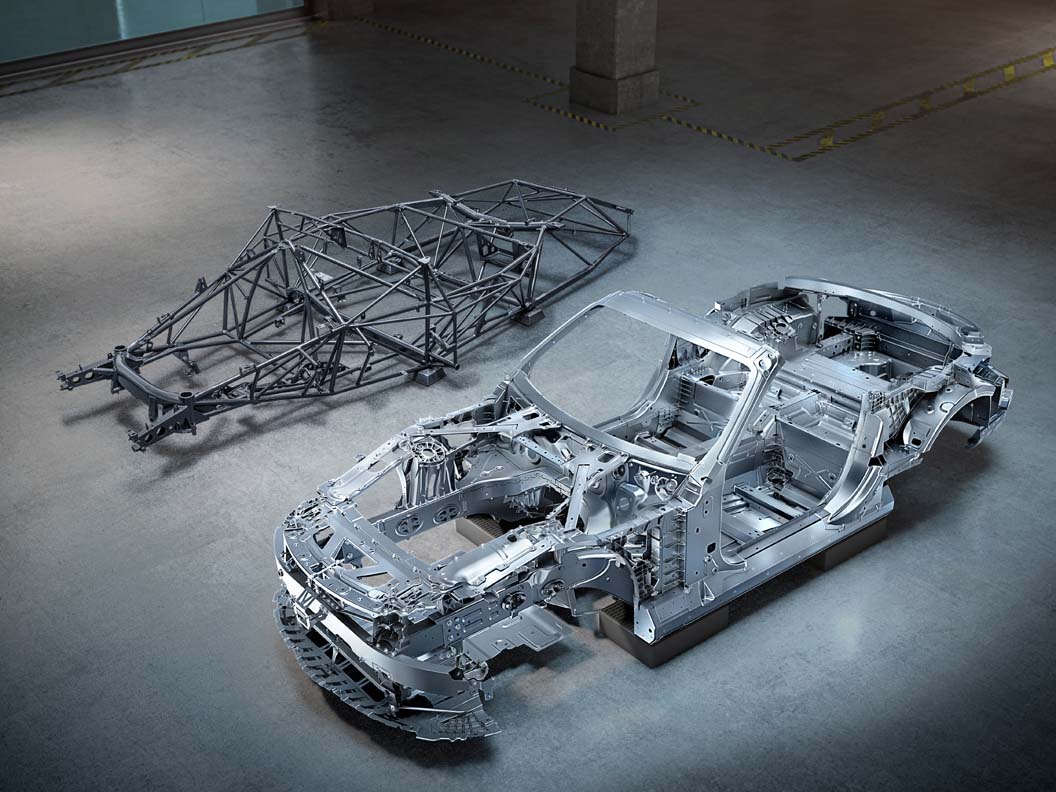