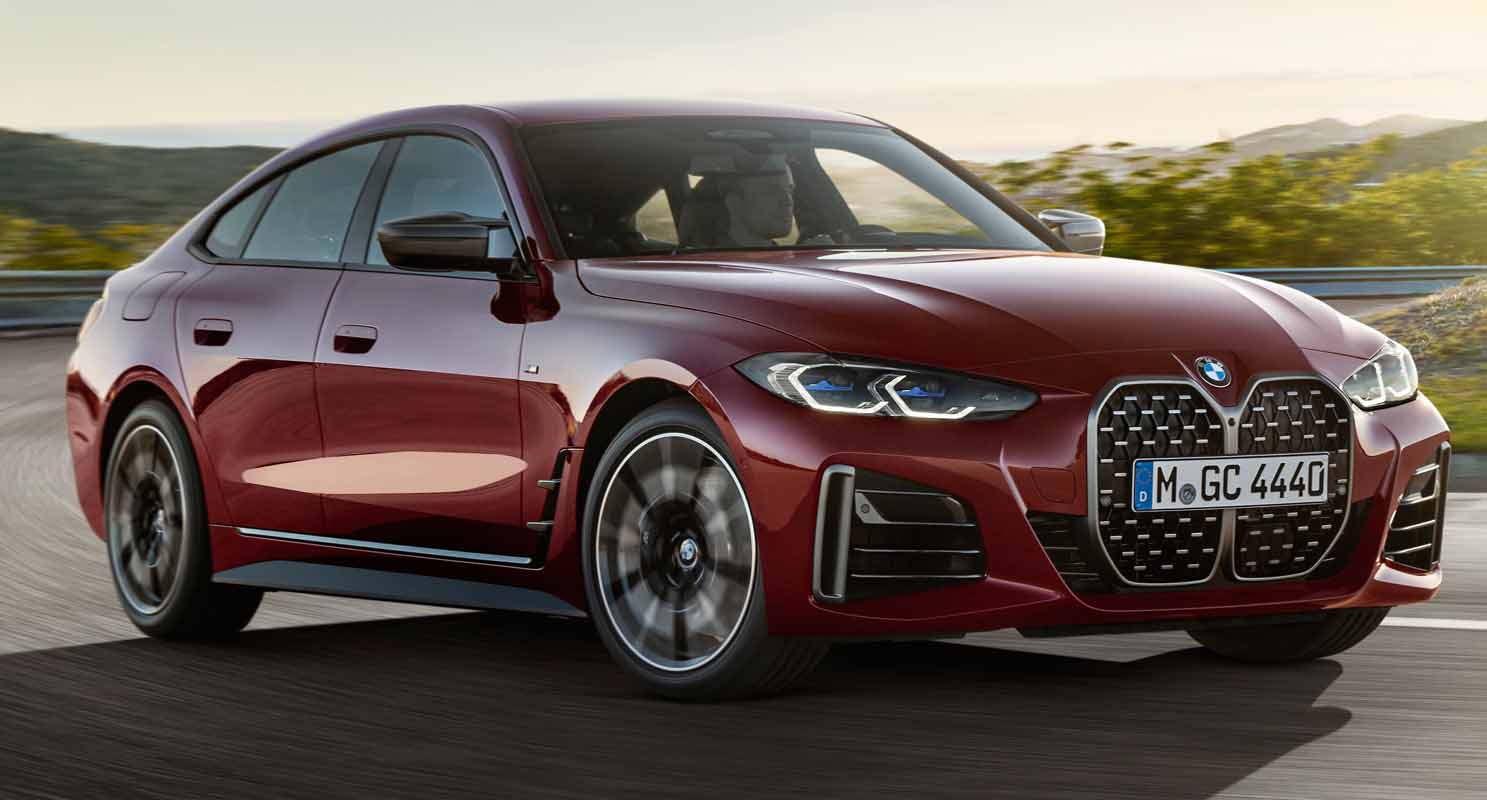 Raised efficiency, an even higher level of individuality and further digitalisation will make the numerous current BMW brand models even more attractive as of summer 2022. The model range of the new BMW 2 Series Active Tourer is being expanded by two plug-in hybrid variants and a diesel model with intelligent all-wheel BMW xDrive. Two additional drive variants each will be offered for the new BMW 2 Series Coupé and the new BMW 4 Series Gran Coupé from July 2022. Newly designed equipment packages make it easier to select options for enhancing driving pleasure and comfort in numerous model series.

The BMW Curved Display will be added to the standard equipment of the new BMW 2 Series Coupé and the new BMW M3 Sedan in summer 2022. This means that the latest generation of the BMW iDrive multi-sensory vehicle experience based on the BMW Operating System 8 has also found its way into both model series. Further progress in the field of digitalisation is provided by additional functions for the BMW Maps navigation system and the BMW Intelligent Personal Assistant.

The new BMW 2 Series Active Tourer has already been available with a wide range of drives since it was first launched on the market equipped combustion engines from the current BMW Group Efficient Dynamics generation and the latest version of 48-volt mild hybrid technology. In future, two plug-in hybrid variants of the compact all-rounder will deliver additional efficiency and driving pleasure. The hybrid systems of both models combine a 3-cylinder petrol engine with BMW TwinPower Turbo technology which drives the front wheels with an electric motor acting on the rear wheels. Like the high-voltage battery located deep in the vehicle floor, this electric motor originates from the fifth generation of BMW eDrive technology. The resulting hybrid-specific all-wheel drive delivers a very high level of sportiness, driving stability and traction in all driving situations.

With a maximum output of up to 180 kW/245 hp (jointly generated by the combustion engine with up to 100 kW/136 hp and the electric drive with up to 80 kW/109 hp), the plug-in hybrid system of the new BMW 225e xDrive Active Tourer (fuel consumption combined: 0.8 – 0.6/100 km; combined power consumption: 15.8 – 14.2 kWh/100 km; combined CO2 emissions: 18 – 14 g/km according to WLTP; data according to NEDC: – ) accelerates from zero to 100 km/h in 6.7 seconds. With values between 83 and 92 kilometres according to WLTP, it also has a significantly increased electric range compared to the previous model generation. In addition, the maximum charging capacity has been doubled when using a wallbox or public charging station. It is now 7.4 kWh. This allows the high-voltage batteries of the two plug-in hybrid models to be charged from zero to 100 percent of their capacity within 2.5 hours.

A new entry-level engine and another BMW Performance automobile from BMW M GmbH enrich the model range for the new BMW 2 Series Coupé. A particularly economical way to experience the distinct driving pleasure of the compact two-door is offered by the new BMW 218 Coupé (fuel consumption combined: 7.1 – 6.5 litres/100 km; combined CO2 emissions: 160 – 146 g/km according to WLTP; data according to NEDC: – ), which is powered by a 2.0-litre 4-cylinder petrol engine generating a peak output of 115 kW/156 hp and a maximum torque of 250 Nm. The power is transmitted to the rear wheels via an 8-speed Steptronic transmission. The new BMW 218i Coupé accelerates from zero to 100 km/h in 8.7 seconds.

The second new model ranges at the highest level of the performance spectrum. The BMW M240i Coupé (fuel consumption combined: 8.5 – 7.8 litres/100 km; combined CO2 emissions: 192 – 177 g/km according to WLTP; data according to NEDC: – ) embodies the purist form of driving dynamics typical of the brand in a model of the premium compact segment. A 275 kW/374 hp inline 6-cylinder petrol engine is now also combined with classic rear-wheel drive in this model series. An 8-speed Steptronic Sport transmission and an M Sport differential in the final drive are also involved in transferring power to the road. This means that the new BMW M240i Coupé reaches the 100 km/h mark from a standstill in 4.7 seconds.

For spontaneous manual intervention in gear selection, the new BMW M automobile features shift paddles on the steering wheel. From summer 2022, these paddles will also be part of the equipment package of the 8-speed Steptronic transmission, which is standard on all 4-cylinder models of the BMW 2 Series Coupé. The range’s powertrain portfolio now includes three 4-cylinder petrol engines and one 4-cylinder diesel engine, as well as the 3.0-litre inline 6-cylinder power unit, which now delivers fascinating performance in conjunction with both all-wheel and rear-wheel drive.

Hallmark BMW driver orientation in the cockpit of the BMW 2 Series Coupé has also been rethought. All model variants of the two-door model will be equipped with a BMW Curved Display as standard from July 2022. It consists of a 12.3-inch Information Display and a Control Display with touch function and a screen diagonal of 14.9 inches. This provides a fully digital and high-resolution display network behind a common glass surface curved towards the driver. With the BMW Curved Display and the enhanced capabilities of the BMW Intelligent Personal Assistant, the user experience in the BMW 2 Series Coupé is now also consistently oriented towards touch and voice control.

A new BMW M automobile with traditional performance characteristics will also join the model range in the BMW 4 Series in summer 2022. The BMW M440i Gran Coupé (fuel consumption combined: 8.2 – 7.6 litres/100 km; combined CO2 emissions: 185 – 172 g/km according to WLTP; data according to NEDC: – ) will thrill drivers with its combination of an inline 6-cylinder petrol engine with 275 kW/374 hp and mild hybrid technology, an 8-speed Steptronic Sport transmission, classic rear-wheel drive and an M Sport differential. The extremely sporty version of the four-door coupé in the premium mid-size class sprints from zero to 100 km/h in 5.0 seconds.

In addition, an inline 6-cylinder diesel engine will also be available for the BMW 4 Series Gran Coupé in future. The 3.0 litre drive unit for the new BMW 430d xDrive Gran Coupé (combined fuel consumption: 6.0 – 5.5 litres/100 km; combined CO2 emissions: 158 – 145 g/km according to WLTP; data according to NEDC: – ) generates a maximum output of 210 kW/286 hp and a maximum torque of 650 Nm. In this model, too, 48-volt mild hybrid technology enhances both efficiency and spontaneous power delivery. The impressive pulling power of the drive, the 8-speed Steptronic transmission and the intelligent all-wheel drive together enable acceleration from zero to 100 km/h in 5.3 seconds.

For all BMW M automobiles of the BMW 4 Series as well as for the all-electric BMW i4 M50 (power consumption combined: 22.5 kWh– 18.0 kWh/100 km according to WLTP; CO2 emissions: 0 g/km; data according to NEDC: – ), an M Sport Package Pro is available from July 2022, including an extended M High Gloss Shadow Line, M Shadow Line lights, an M sports brake system with red brake callipers and M seat belts. In addition, the range of paint finishes for the BMW 4 Series Coupé and BMW 4 Series Convertible is supplemented by the Skyscraper Grey metallic variant.

High-quality options from the range of special equipment available ex works for numerous model series will be combined in new, model-specific configured packages for summer 2022. They enable customers to individualise their cars in specific focus areas. For example, a Travel Package and a Comfort Package are available for the BMW 2 Series Active Tourer.

The models in the BMW X5 and BMW X6 series will feature Sensafin decor-quilted interior trim as standard from summer 2022. The newly developed surfaces are available in five colour variants and have leather-like properties as well as a further refined look and feel.

Extended standard equipment makes the BMW Z4 even more appealing. The Roadster now already features the BMW Live Cockpit Professional as standard. It includes a fully digital instrument cluster and a Control Display with a screen diagonal of 10.25 inches each, as well as the Connected Package Professional.

BMW Operating System 8 and the latest generation of BMW iDrive, including BMW Curved Display, will also be standard equipment for BMW M3 Sedan models from July 2022. The four-door high-performance sports car can also be optionally equipped with an Innovation Package, a Wireless Charging Tray for suitable smartphones, a Personal eSim, an instrument panel in Sensatec finish and M interior trims in Aluminium Rhombicle Anthracite. The BMW Individual paint finish Frozen Pure Grey metallic is also available as a new colour.

Driving pleasure and comfort are enhanced in all models already equipped with BMW Operating System 8 thanks to new digital services. As of summer 2022, both the BMW Maps navigation system and the BMW Intelligent Personal Assistant will feature new functions and enhanced capabilities. In addition to new map displays, the navigation system provides information about special sights and features along the route travelled on frequently used routes even when route guidance is not activated. When using the eDrive Zone function, it will in future be possible to differentiate between conventional environmental zones and completely emission-free areas within an urban area in the plug-in hybrid models of the BMW 3 Series and the BMW X5. In future, an advanced charging software for purely electrically powered models will enable the user to store charging profiles for frequently used power sources and manually launchable preconditioning of the high-voltage battery in preparation for the use of a DC fast charging station.

In the cockpit of BMW M cars, the BMW Operating System 8 will feature an M specific user interface in future. In the BMW iX and the BMW i4, the additional Augmented View display, which can be used with BMW Live Cockpit Professional, is also shown in the Information Display.

The BMW Intelligent Personal Assistant, in conjunction with the BMW Operating System 8, will feature even more advanced capabilities as of summer 2022. The digital companion and vehicle expert can proactively make contextual suggestions to the driver on how to use functions. In future, these will also relate to Active Cruise Control with Stop & Go function, Parking Assistant, the eDrive Zone service and the option to test additional functions from the BMW ConnectedDrive Store. In addition, the BMW Intelligent Personal Assistant provides the driver with explanations of numerous other functions of his vehicle that he has not used so far.

* all new models available with production start in July 2022
** all consumption and emissions figures are provisional. Drive power of the plug-in hybrid models dependent on the state of charge of the high-voltage battery

All the model variants, equipment levels, technical specifications, consumption and emission values described correspond to what is available on the automotive market in Germany. 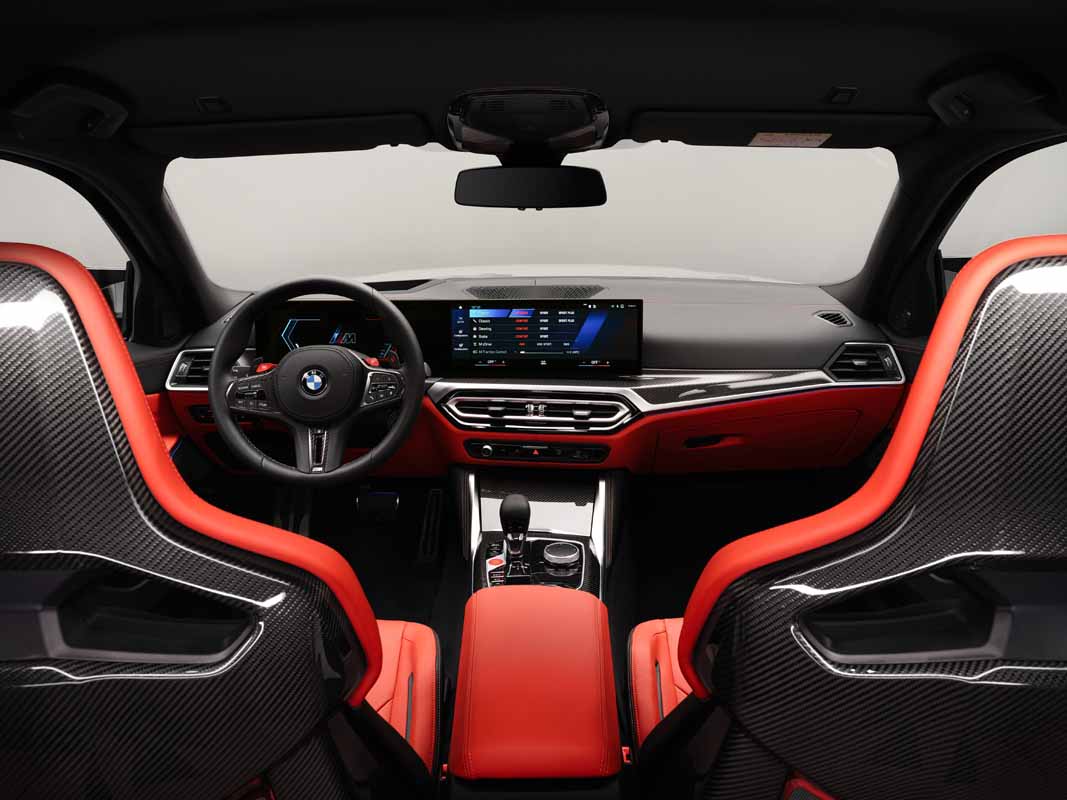 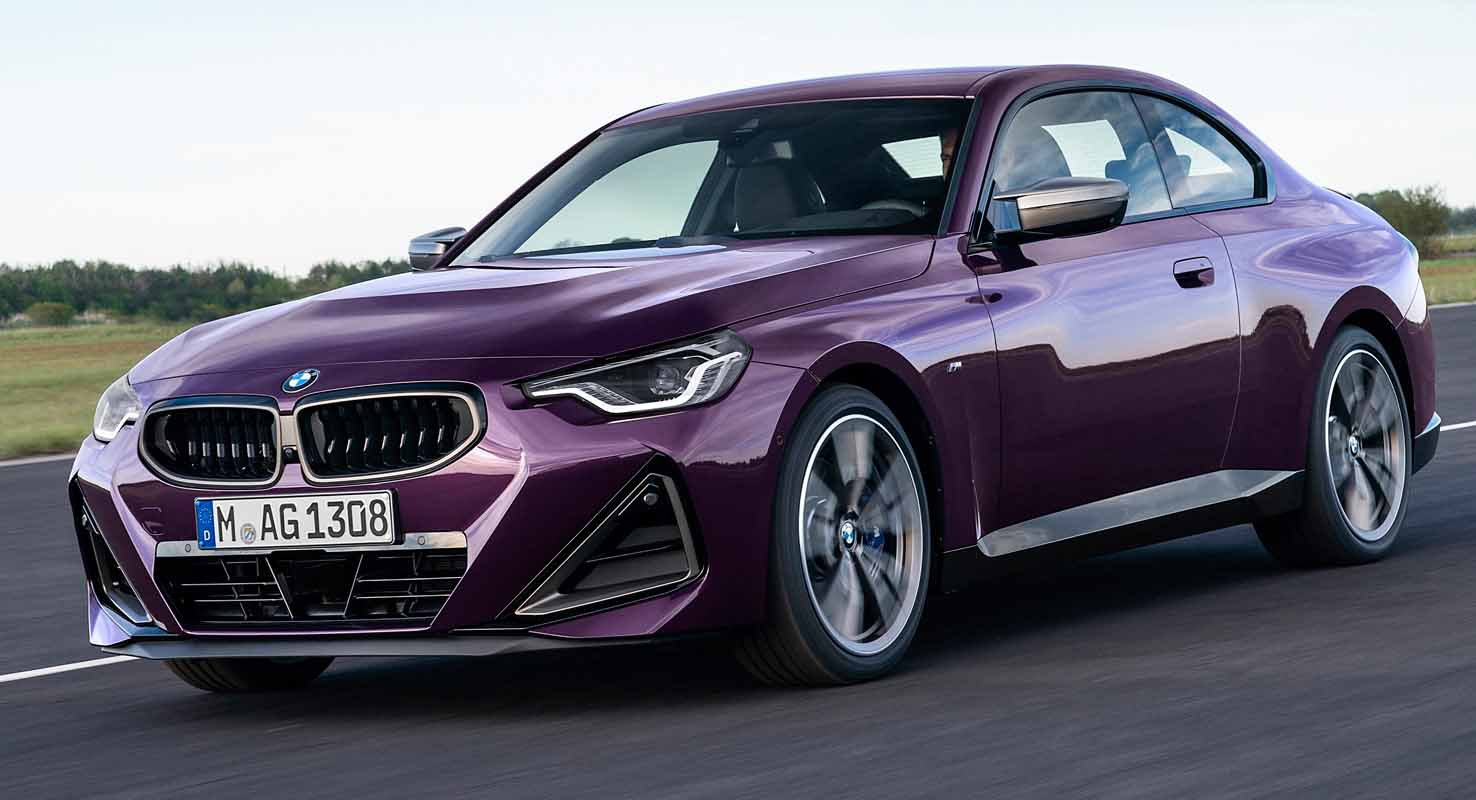 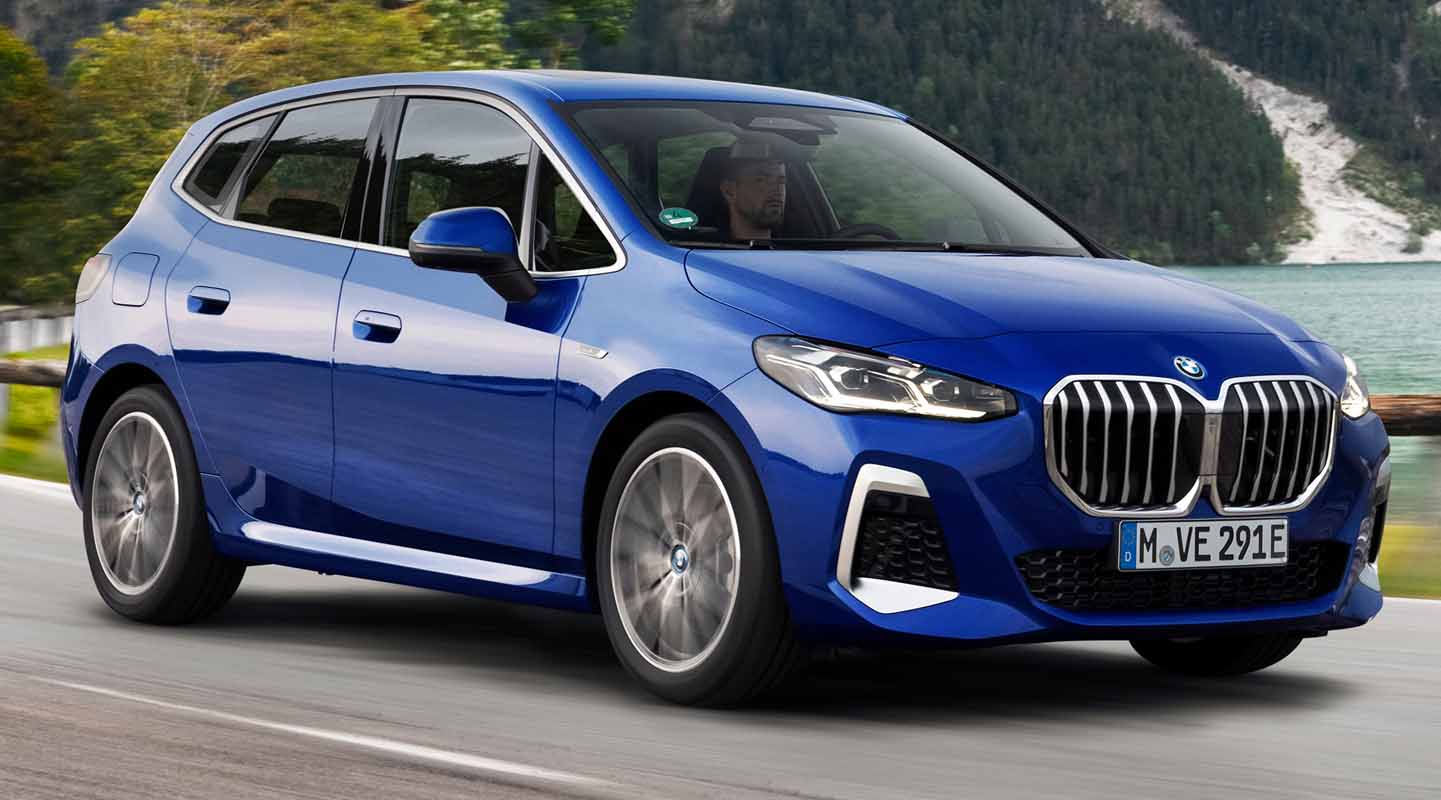