BMW M Award in MotoGP: The new BMW M5 CS is the spectacular winner’s car for 2021 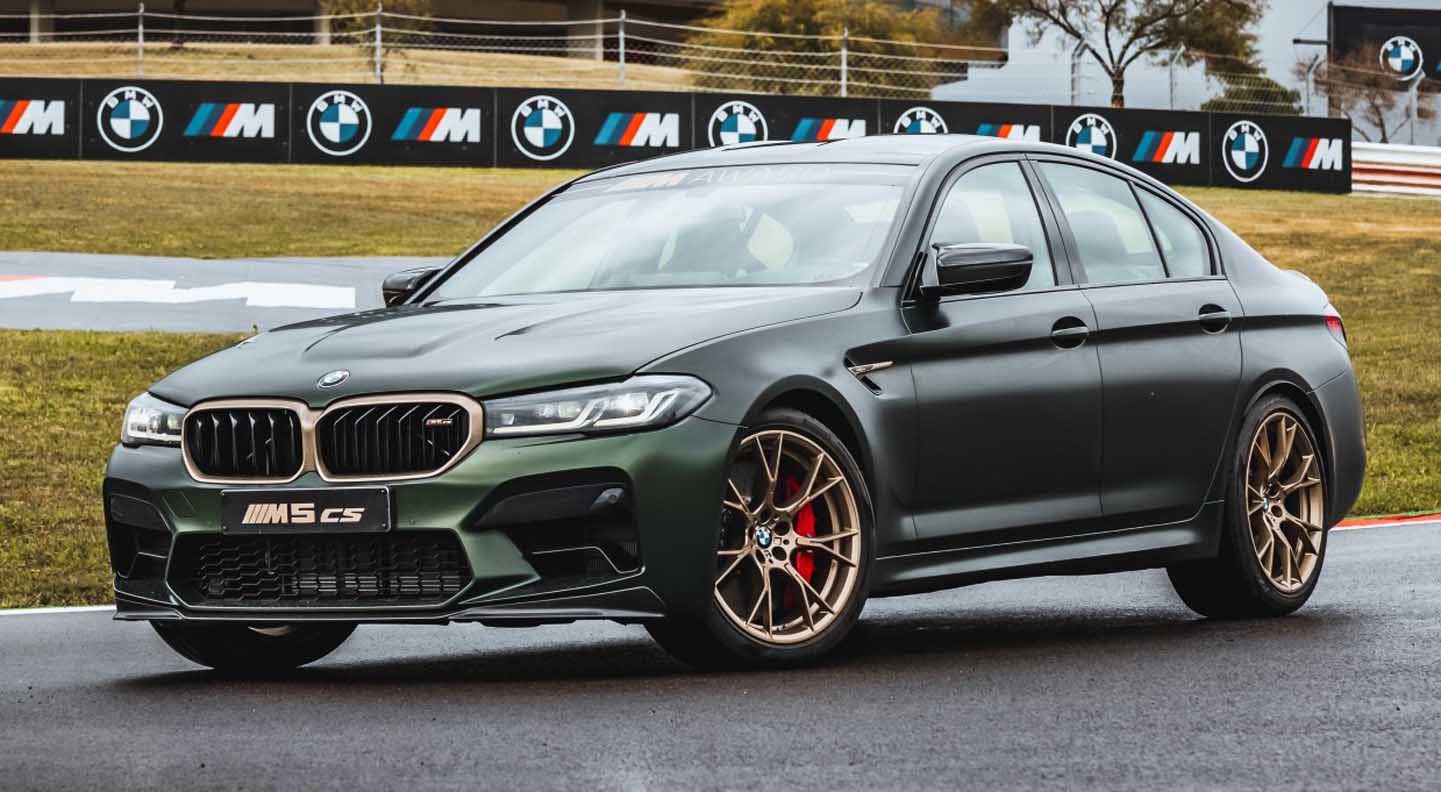 The BMW M Award competition is an integral part of MotoGP™. In 2021, the prize will be presented to the fastest qualifier over the course of the season for the 19th time. The winner of the 2021 BMW M Award can once again look forward to a real highlight, a new BMW M5 CS (fuel consumption, combined: 11.3 – 11.1 l/100 km [25.0 – 25.5 mpg imp] correspond to NEDC; 11,3 – 10,9 l/100 km correspond to WLTP, CO2 emissions, combined: 258 – 253 g/km correspond to NEDC, 257 – 248 g/km correspond to WLTP)* in Frozen Deep Green metallic. BMW M GmbH traditionally unveils the winner’s car at the opening European round of the MotoGP™ season, which this year takes place in Portimão, Portugal, for the first time. Fans around the world can take a digital look at the BMW M5 CS on the social media channels of BMW M GmbH and MotoGP™.

BMW M GmbH is expanding its ranks of ultra-sporty CS models with the introduction of the BMW M5 CS. The limited-run special-edition model blends standout performance attributes with an exclusive and luxurious appearance and the 4.4-litre V8 engine with 467 kW/635 hp makes the BMW M5 CS the most powerful car in the history of BMW M.

“The BMW M5 CS has been in action as one of our new MotoGP safety cars since the season-opener in Qatar. As such, it was an obvious decision for us to offer its production counterpart as the prize for the 2021 BMW M Award,” said Markus Flasch, CEO of BMW M GmbH. “For almost two decades, the BMW M Award has been a pillar of our involvement as ‘Official Car of MotoGP’. It has always been important to us to honour the qualifying performances of the MotoGP riders with a spectacular prize. In 2021, we are presenting the BMW M5 CS – the new top model in our range of high-performance automobiles. We now have our fingers crossed for all the MotoGP riders – we are intrigued to see who will get their hands on the BMW M5 CS at the season finale, as the winner of the BMW M Award.”

“Every year, BMW M GmbH unveils a real highlight as the prize for the BMW M Award at the first European race of the season, and this is the case once again in 2021,” said Pau Serracanta, Managing Director of the Commercial Department of MotoGP™ commercial rights holder Dorna Sports. “The BMW M5 CS has already impressed us as a safety car, and the production version of this high-performance automobile really is a spectacular prize for our most successful qualifier. It once again underlines how important involvement in MotoGP is for our partner BMW M GmbH. We are excited to see which of our riders will win the coveted BMW M Award at the end of the season.”

Thanks to the M Power under the bonnet, the BMW M5 CS sprints from 0 – 100 km/h (62 mph) in just 3.0 seconds, and from 0 – 200 km/h (124 mph) in 10.3 seconds. Top speed is an electronically governed 305 km/h (189 mph). The high-performance engine teams up with an eight-speed M Steptronic transmission with Drivelogic and uses the M xDrive all-wheel-drive system, which also offers a 2WD mode for pure rear-wheel drive, to channel its power to the road. With the BMW M5 CS, BMW M GmbH has focussed on consistently lightweight design. The chassis has also been adapted to the weight of the car, which is lighter than other M5 models, with retuned bearing springs at the front and rear axle, and further refined damper control. The stainless steel M5 CS sports exhaust has four unadorned tailpipes. Other features include the M Carbon ceramic brakes.

The luxurious, sporty appearance of the BMW M5 CS continues with more highlights both inside and outside the car. The bonnet, front splitter, exterior mirror caps, rear spoiler, rear diffuser, M Power engine compartment cover and intake silencer are made from carbon fibre-reinforced plastic (CFRP). Some elements feature exposed carbon fibre. The exceptional driving experience on board the BMW M5 CS can be enjoyed by four people – the driver and front passenger in M Carbon seats and two other passengers in the individual rear seats. The integral head restraints – with illuminated M5 logos for the front seats – display an outline of the legendary Nürburgring circuit. The centre marker perforation with red background on the M Alcantara steering wheel is a classical racing car touch; the gearshift paddles are made from carbon fibre. The Frozen Deep Green metallic paint job of the BMW M Award winner’s car matches the basic colour of the BMW M5 CS MotoGP safety car.

The BMW M Award is one of the many BMW M activities as the ‘Official Car of MotoGP’. Since 2003, the MotoGP™ rider with the best results in qualifying has been rewarded with an exclusive, individually designed BMW M car at the end of the season. As with the scoring system for the race, the riders receive points for their positions in qualifying at each Grand Prix weekend. The rider who has picked up the most points at the end of the season wins the coveted BMW M Award. The record holder is Marc Márquez, who already claimed the BMW M Award seven times in a row from 2013 to 2019. Last season, in 2020, Frenchman Fabio Quartararo joined the winners list for the first time. 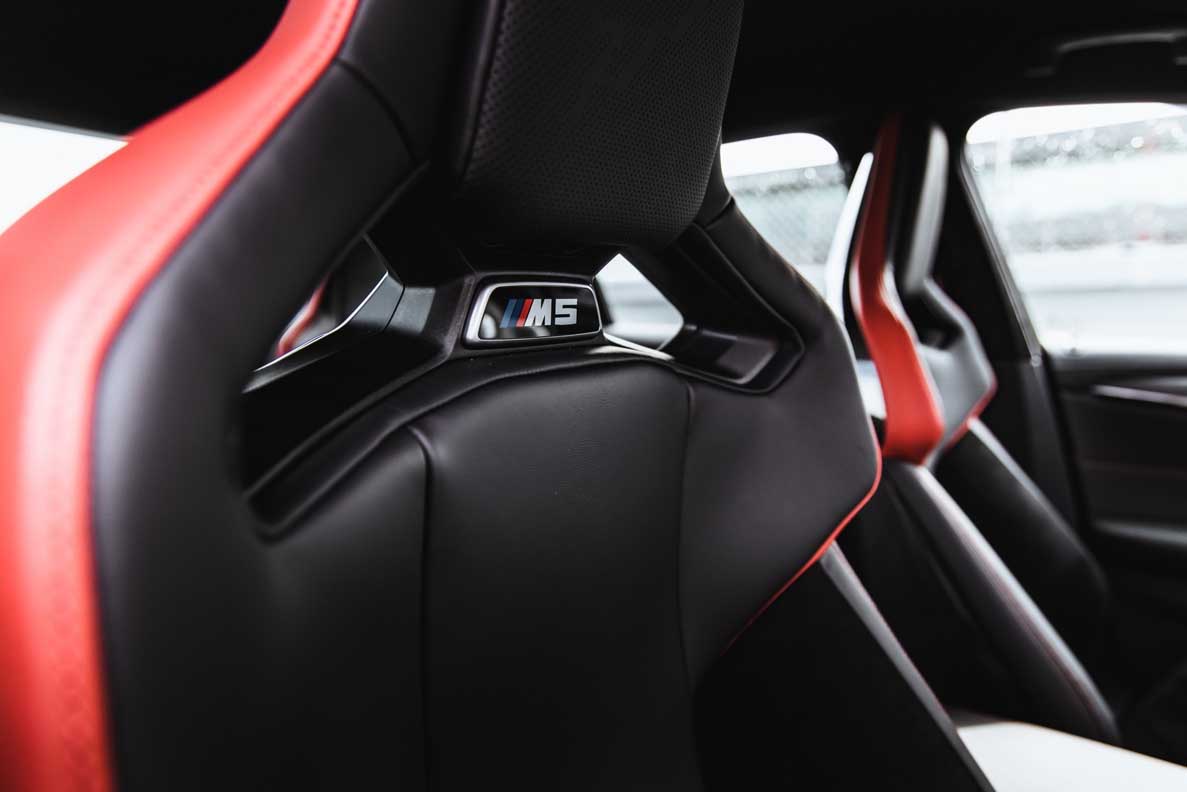 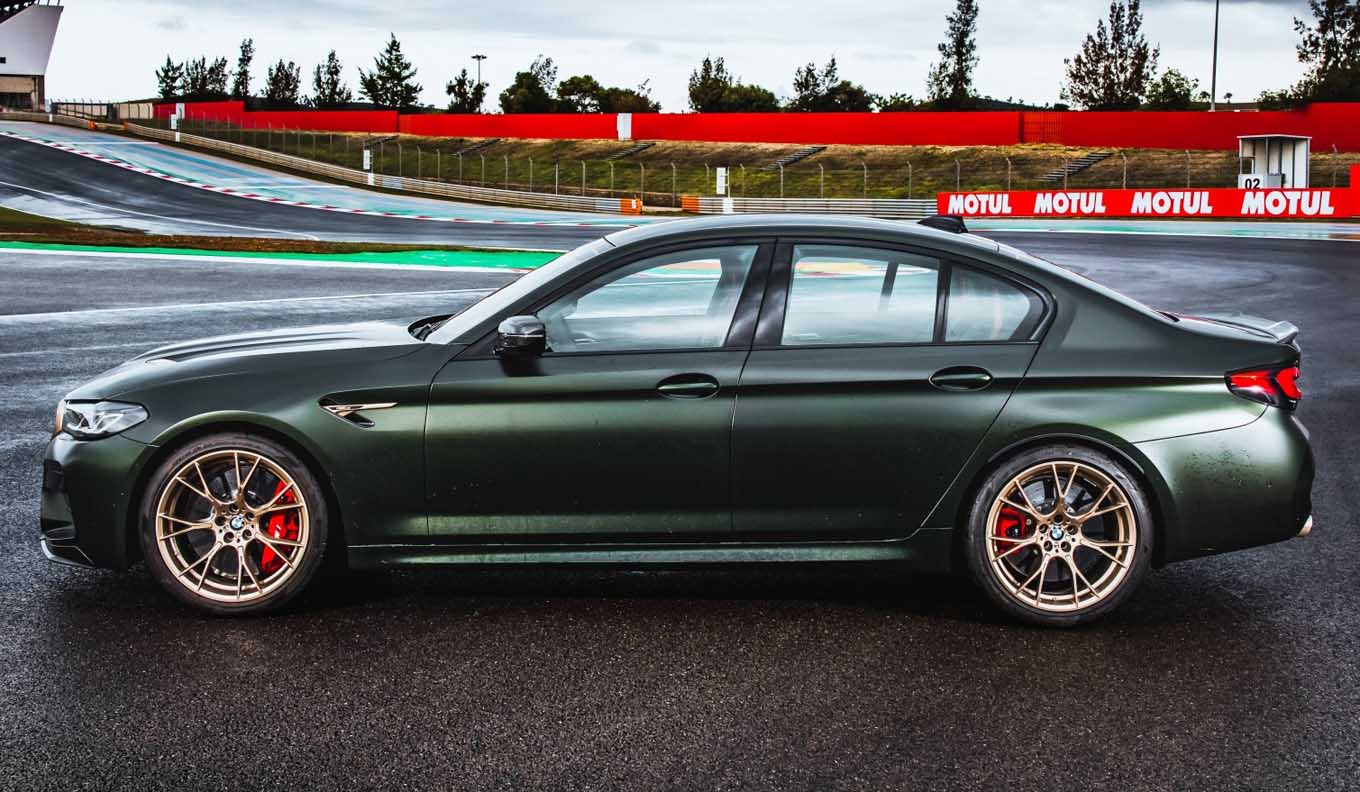 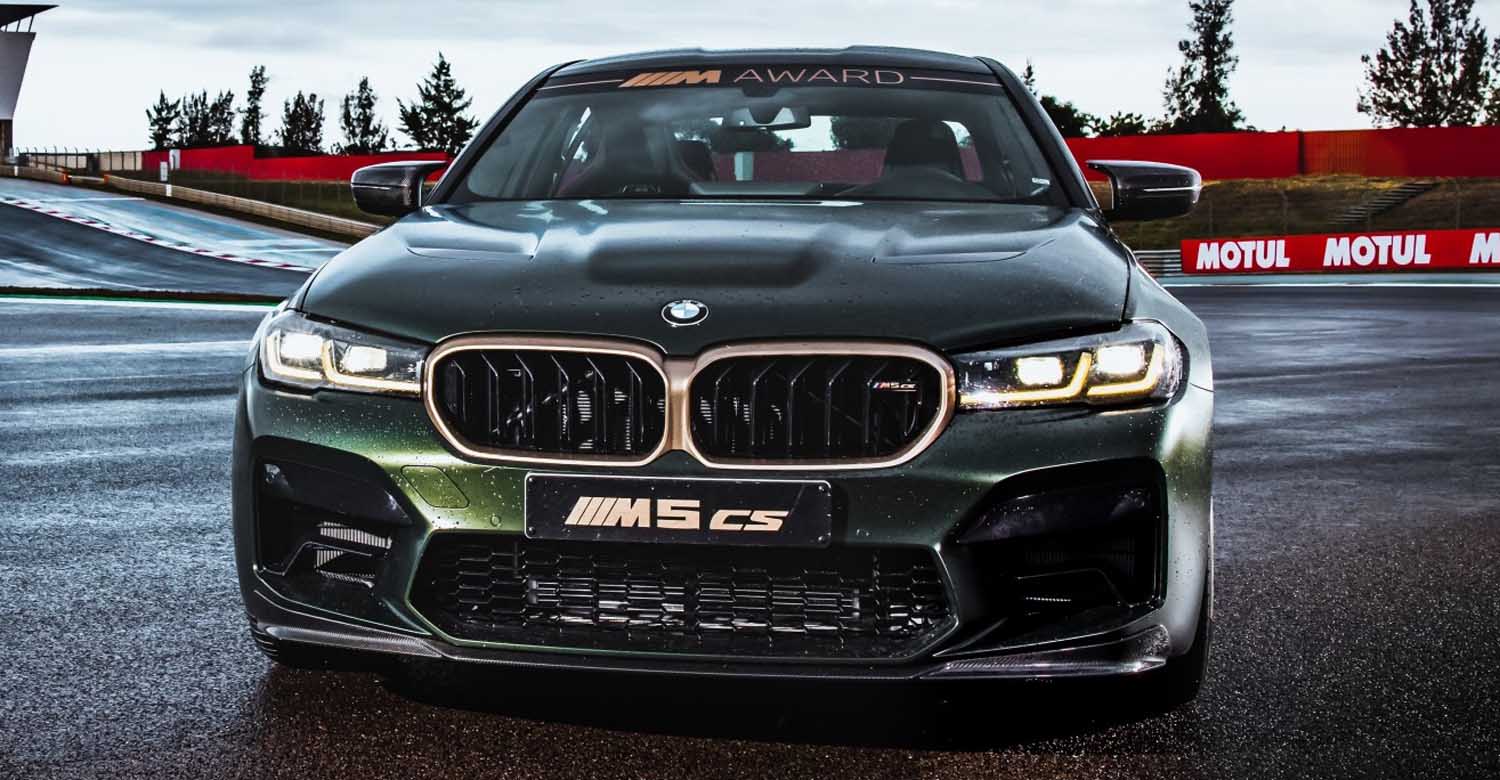 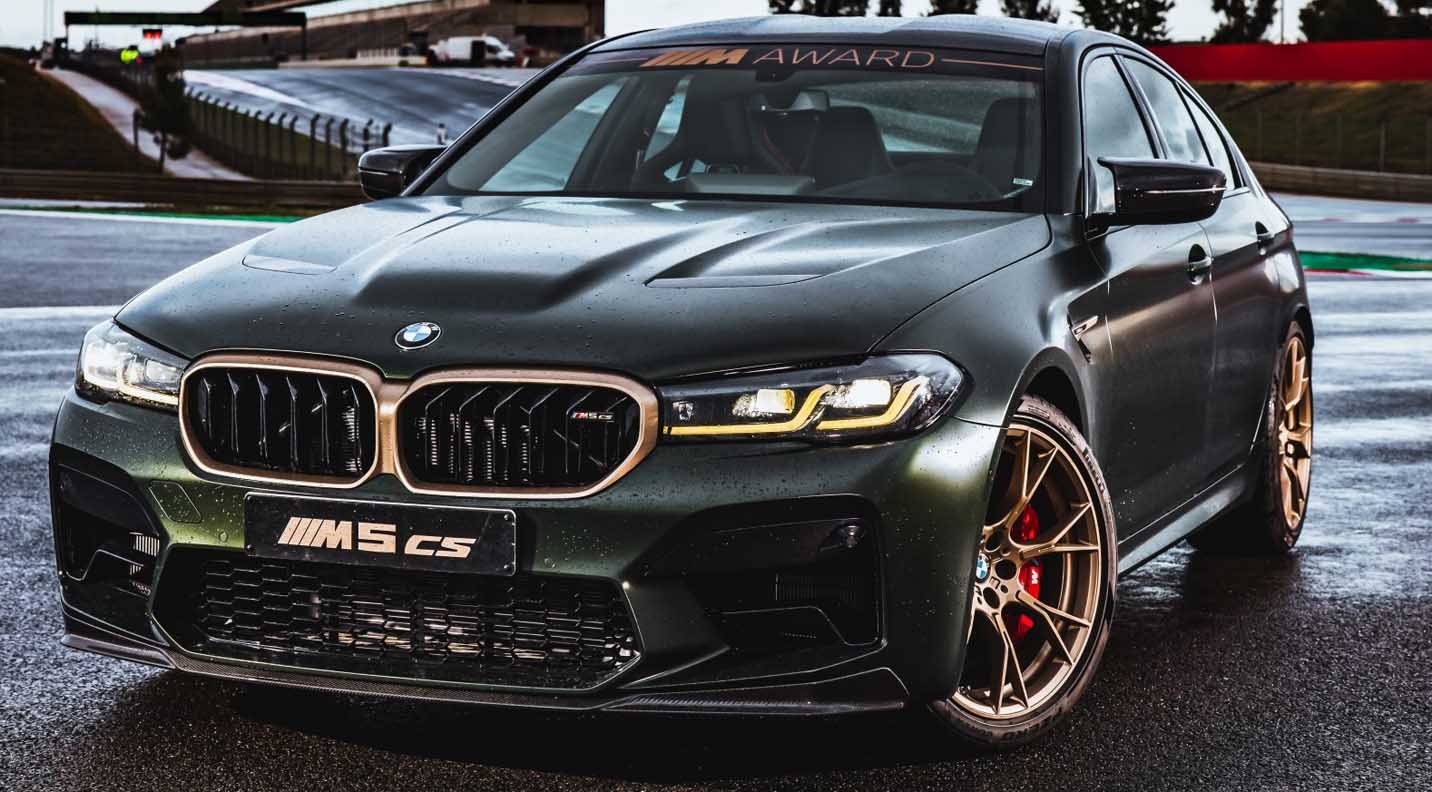 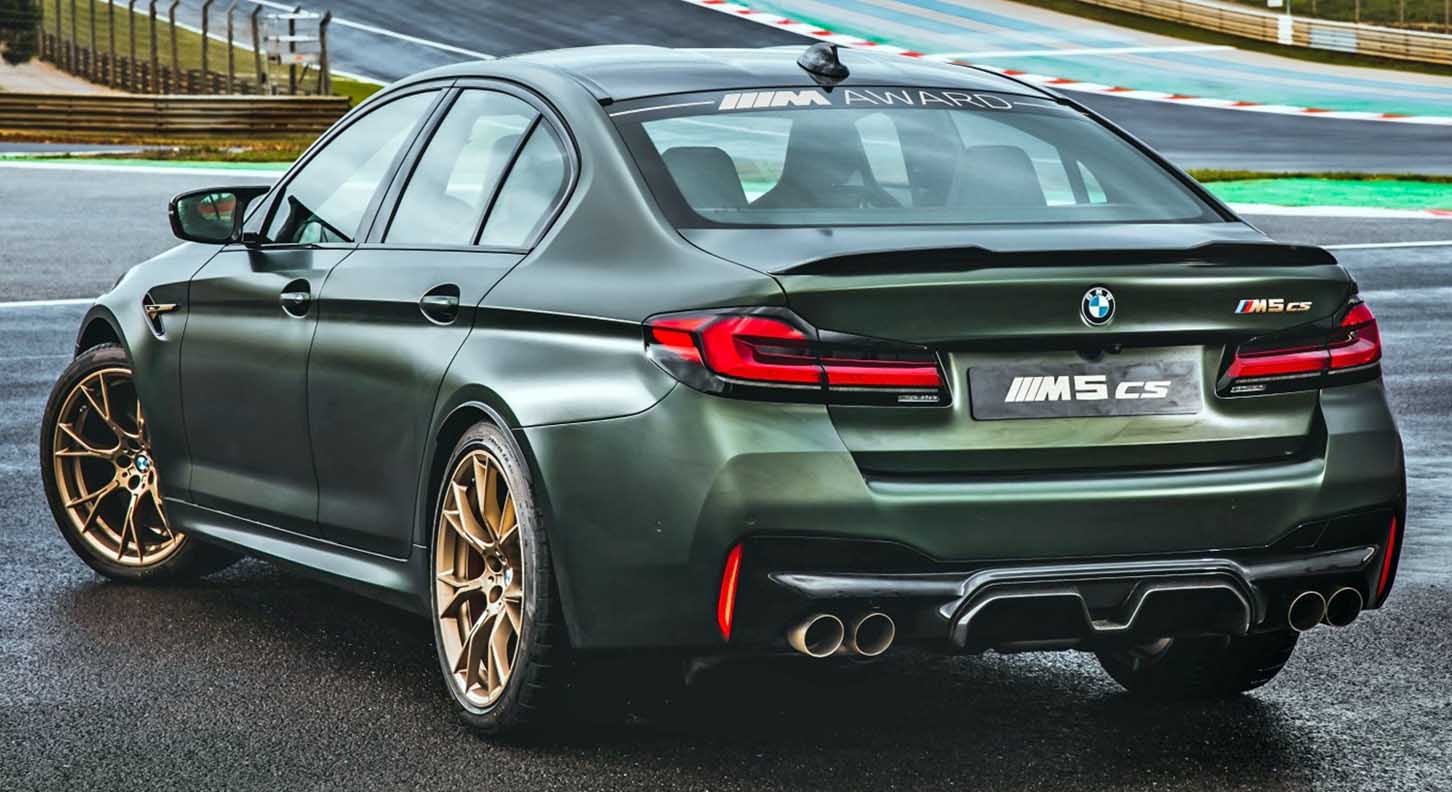 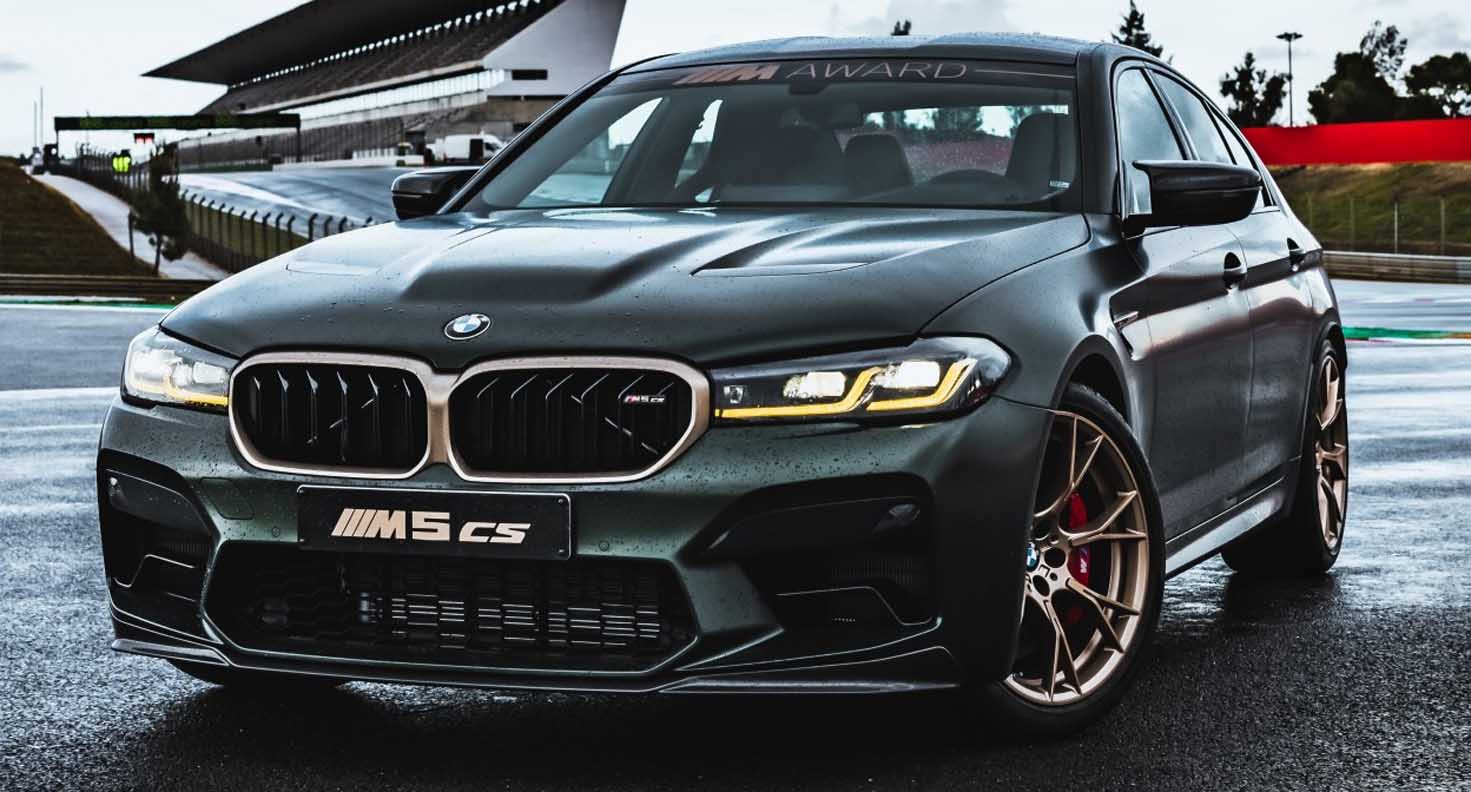 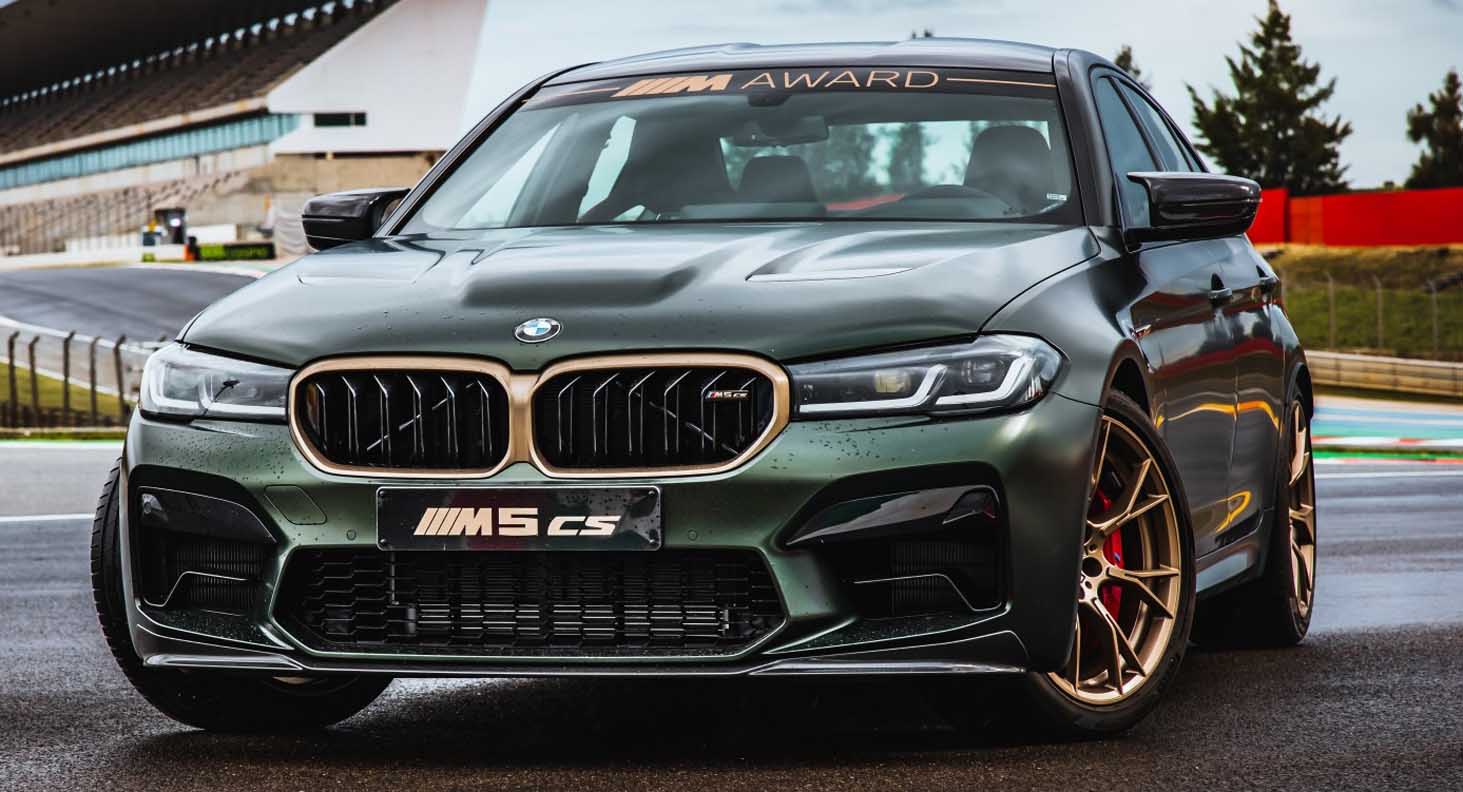 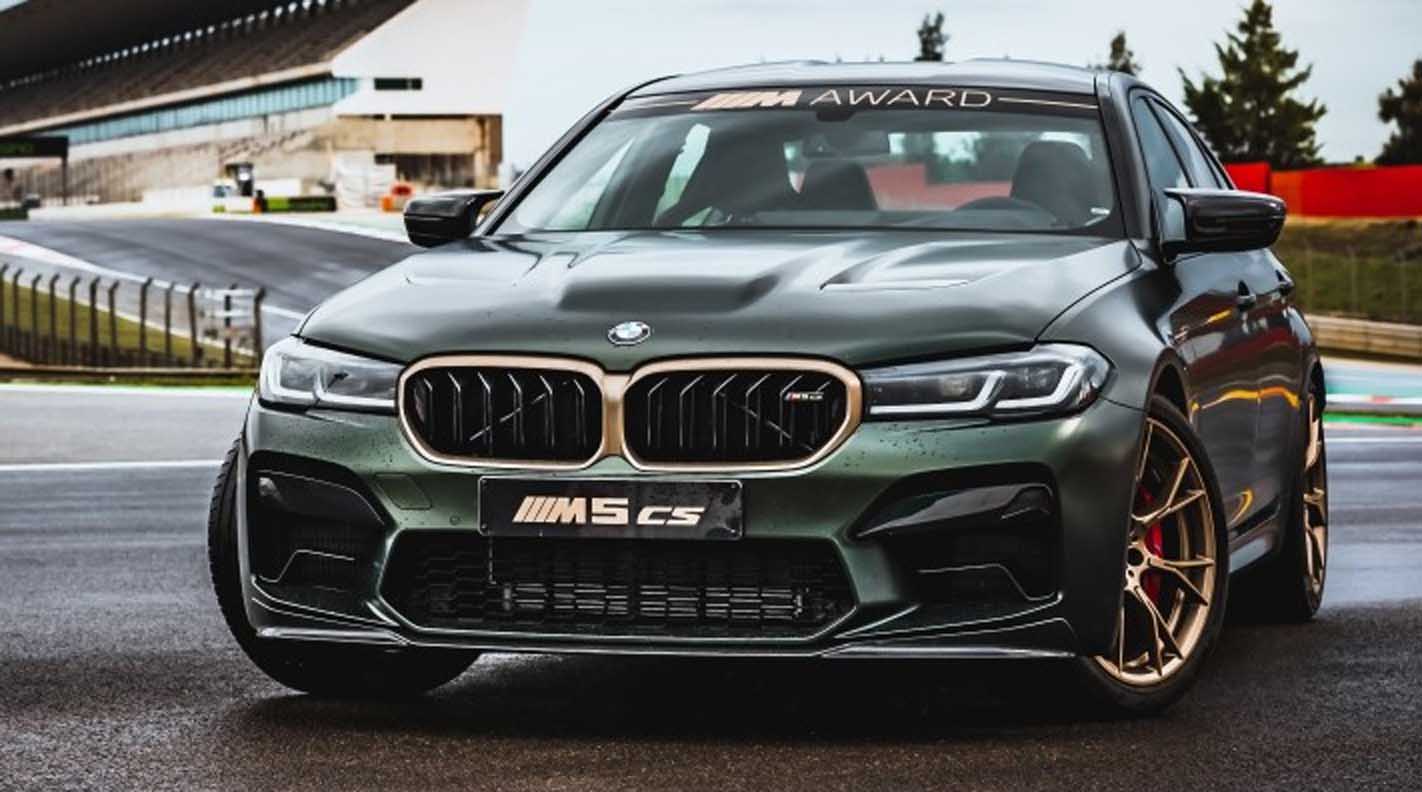 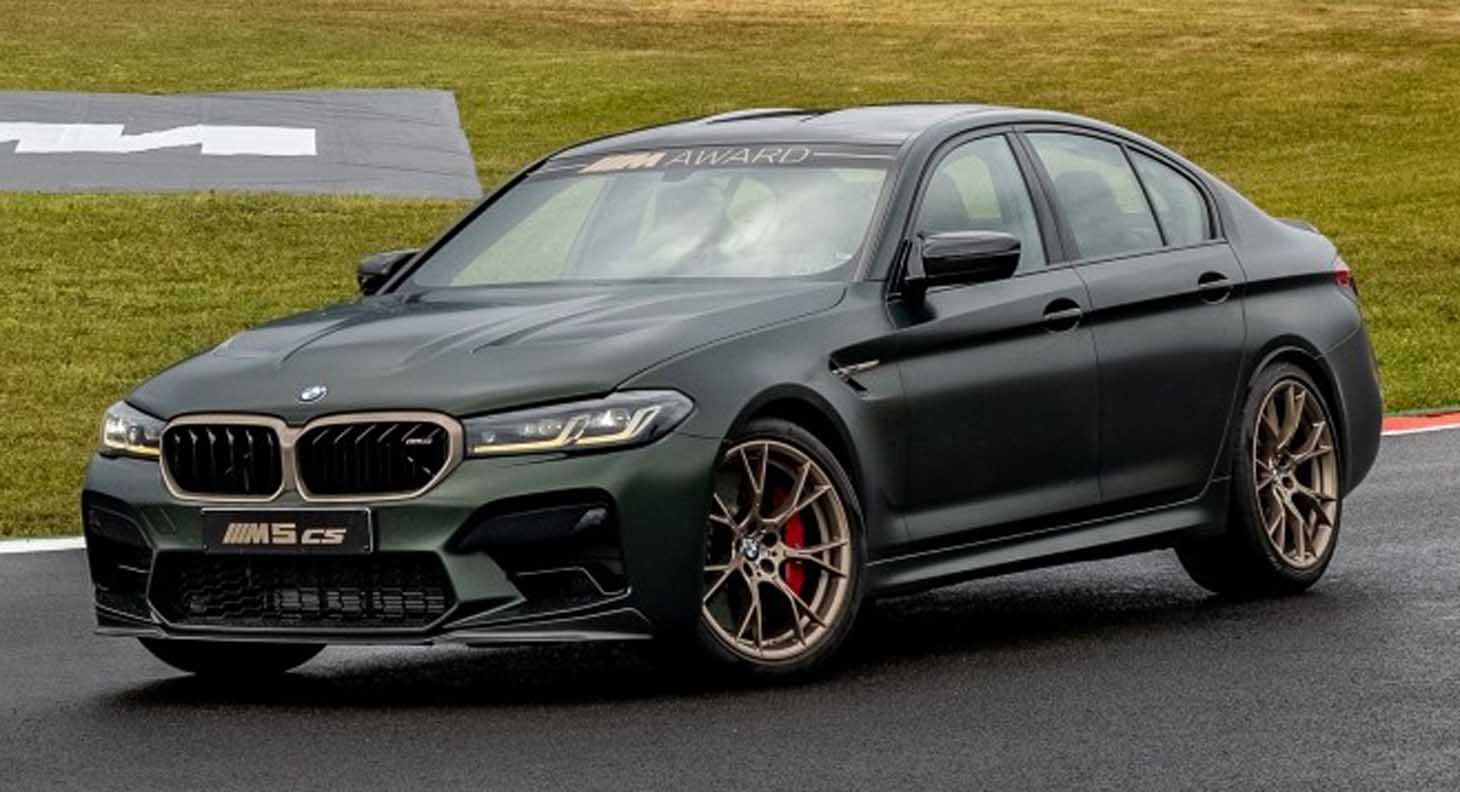 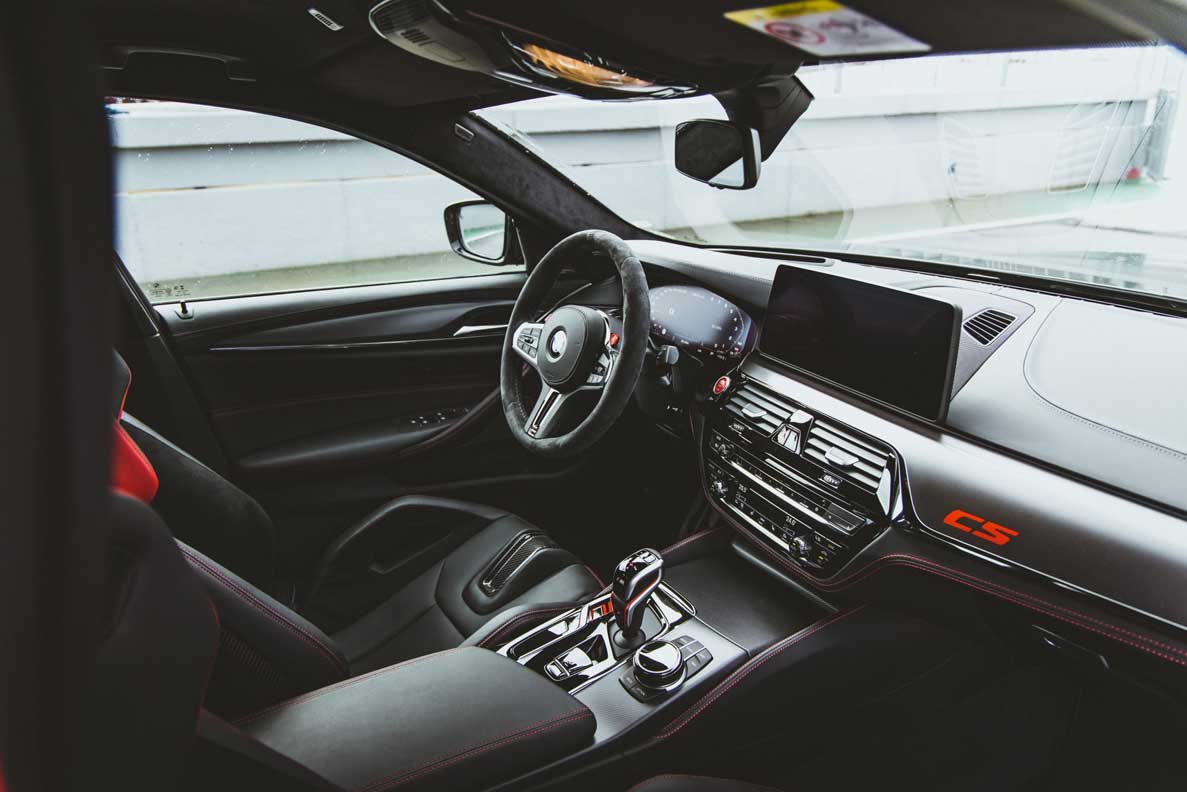 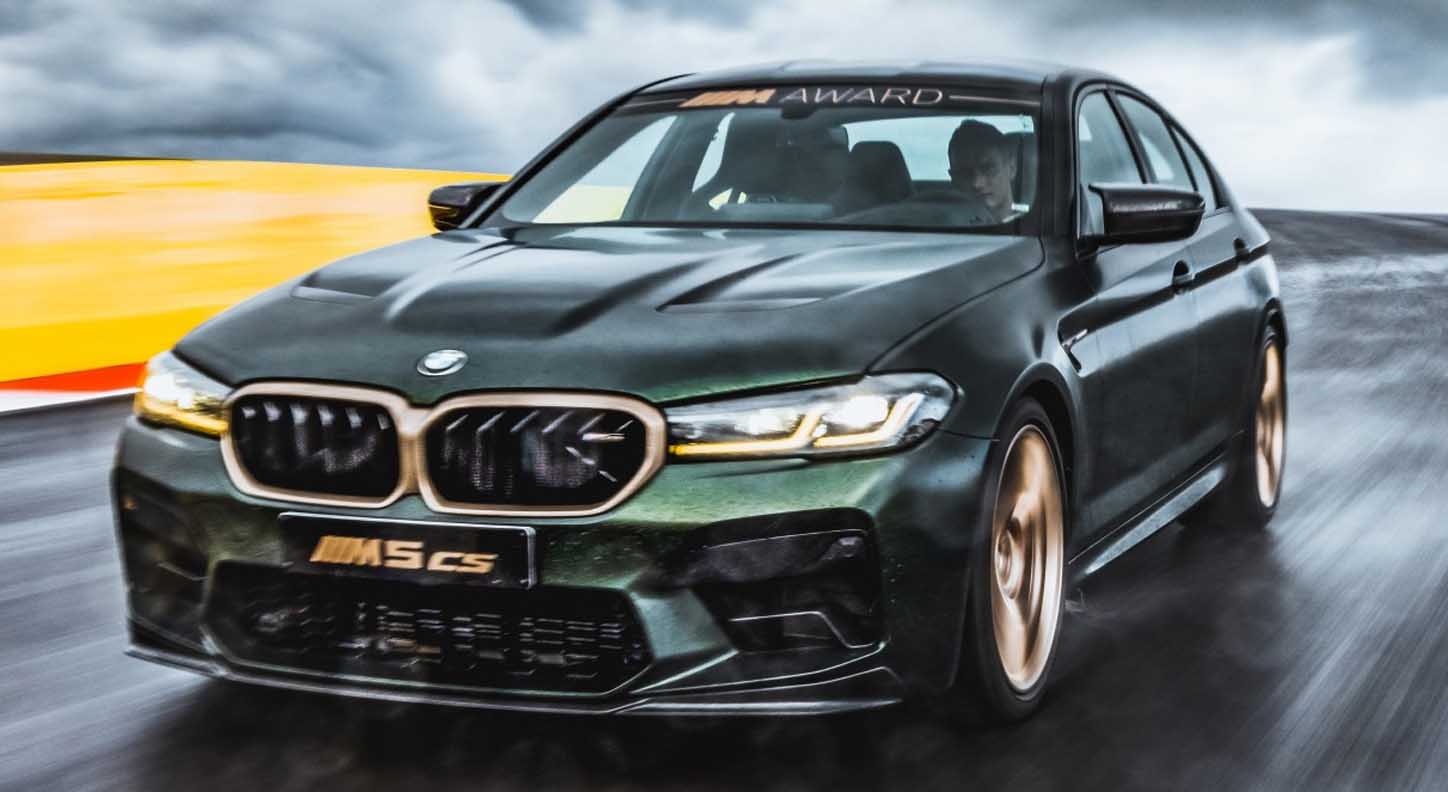 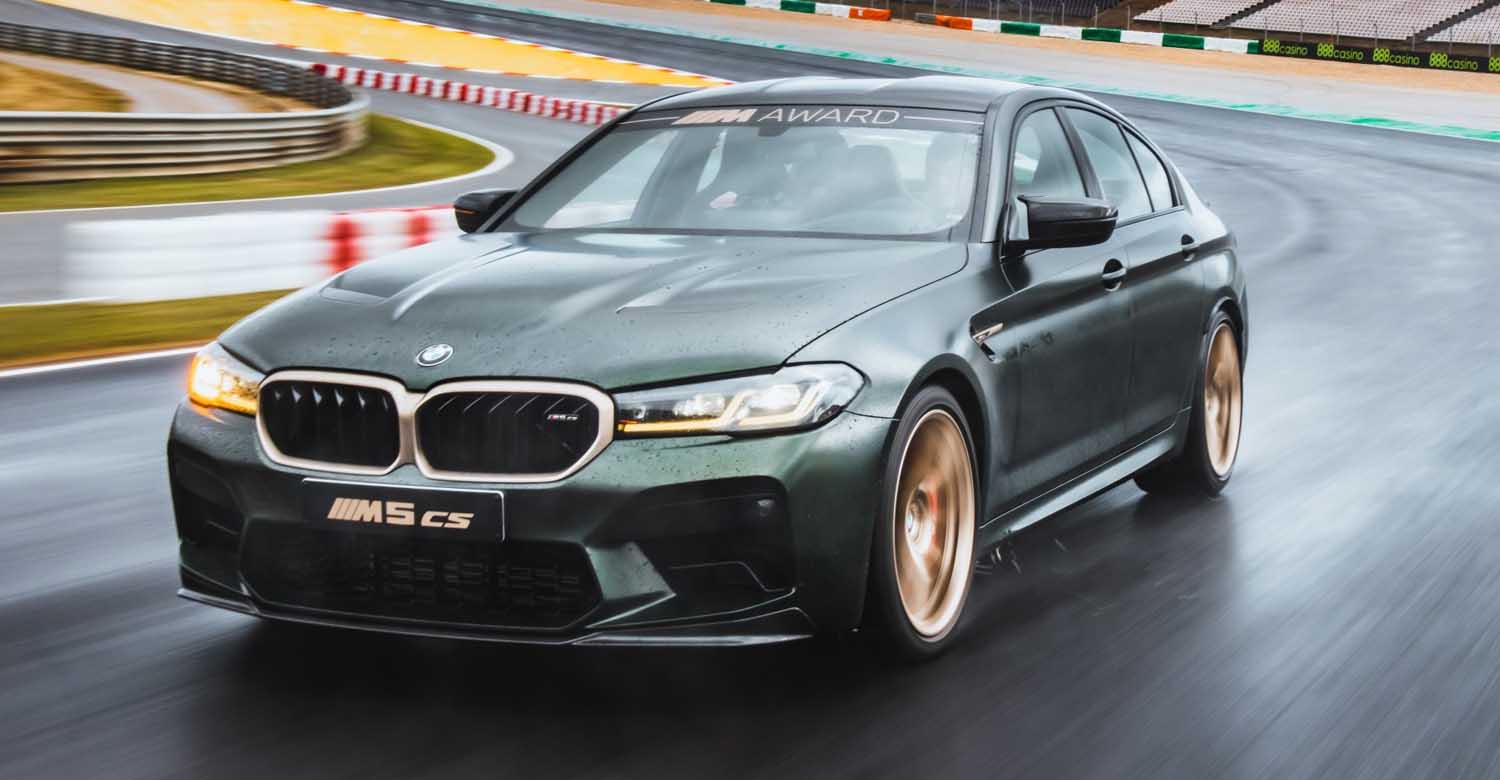 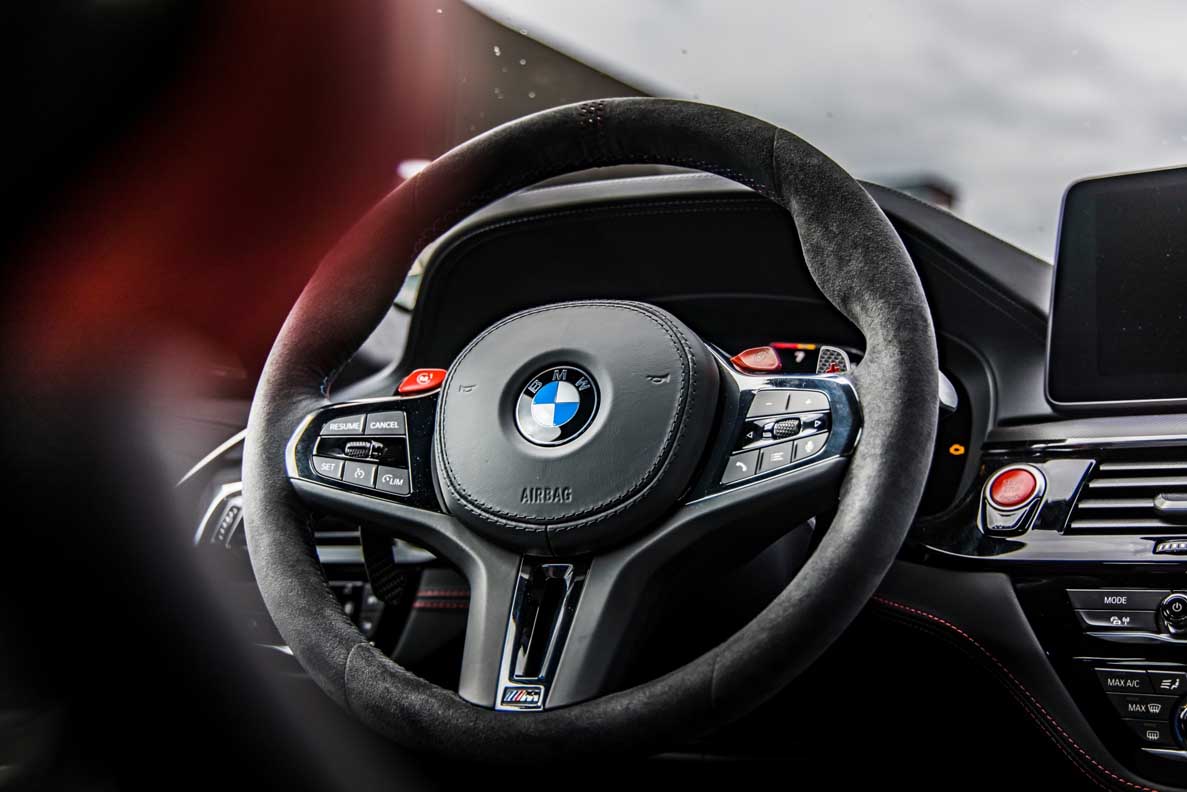 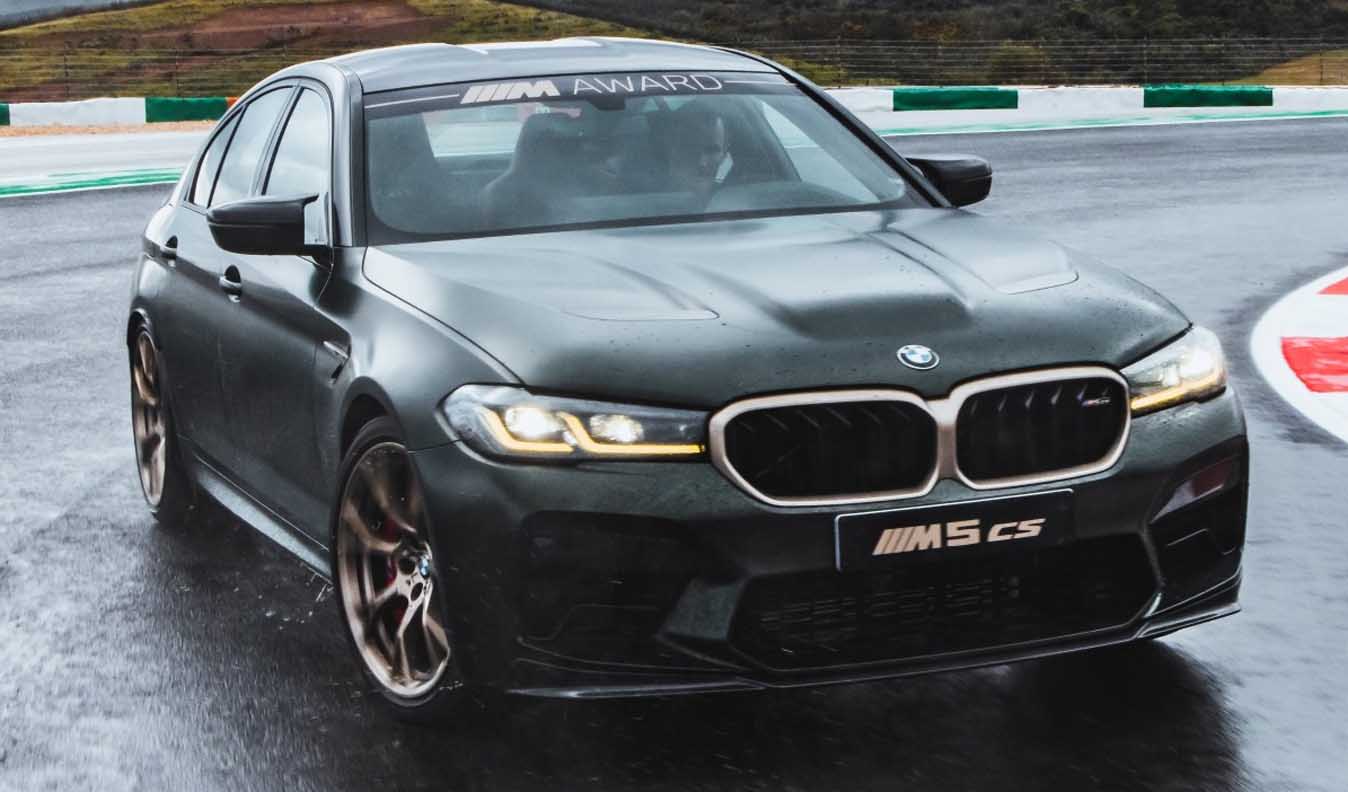 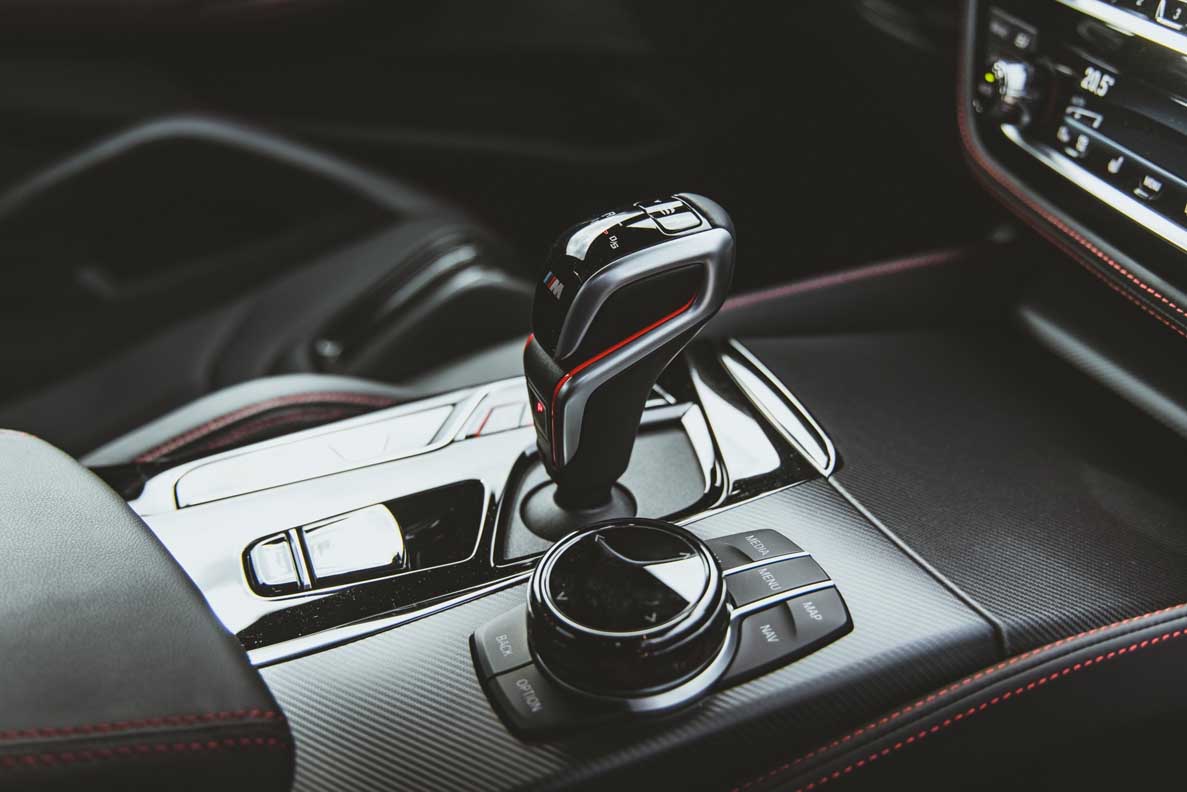 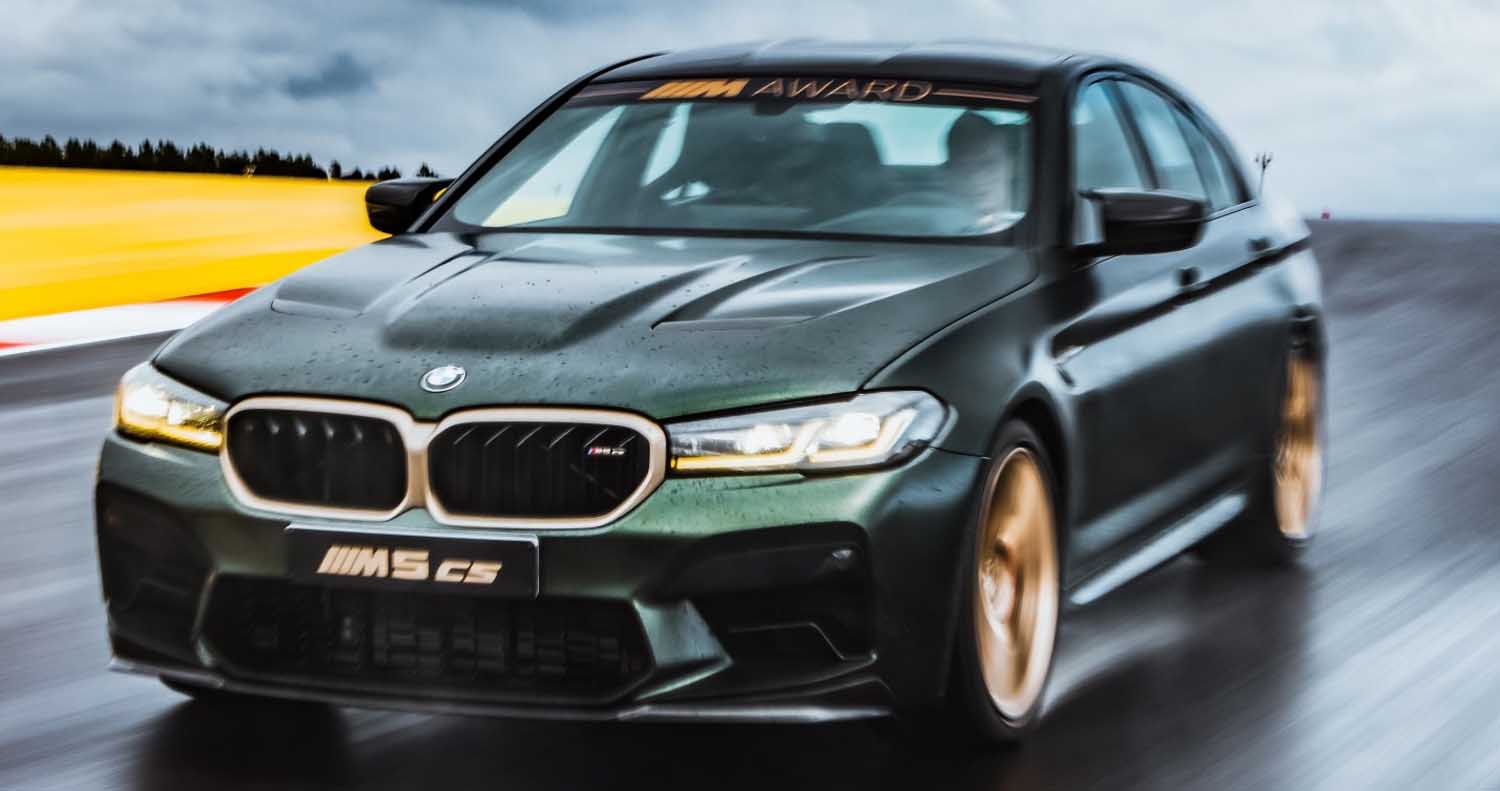 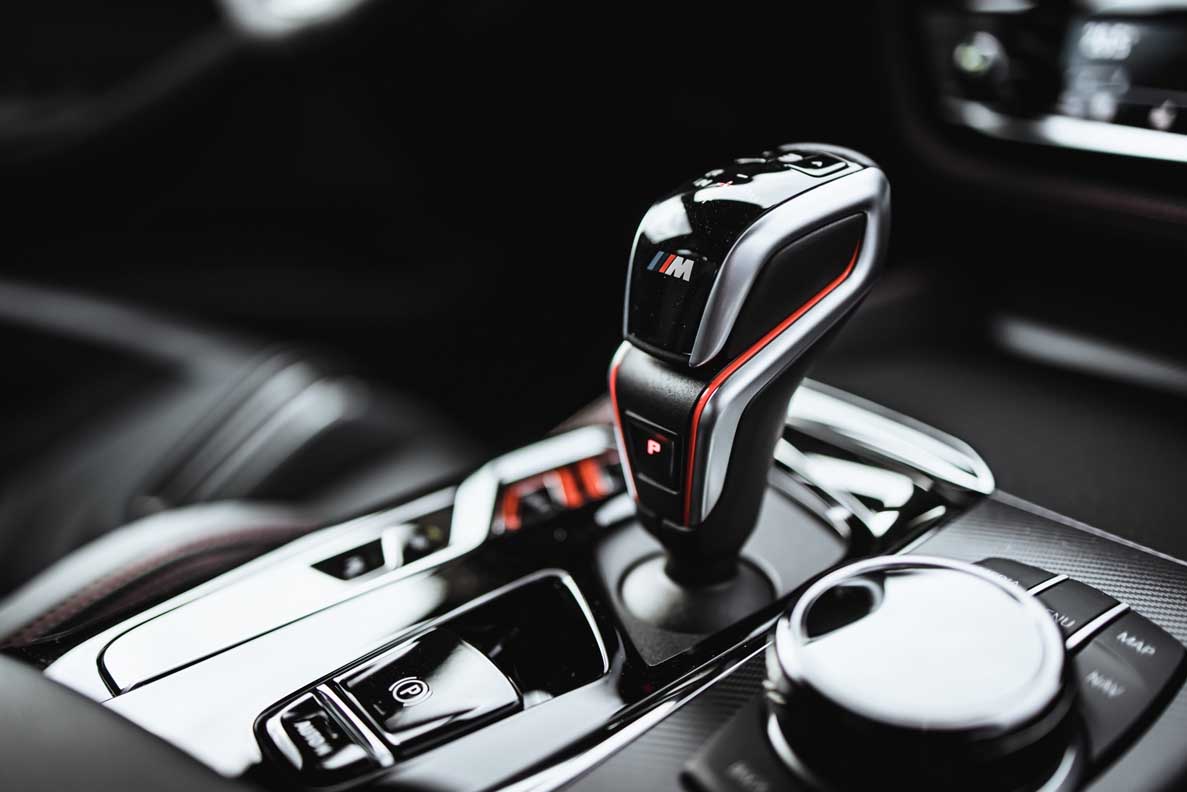 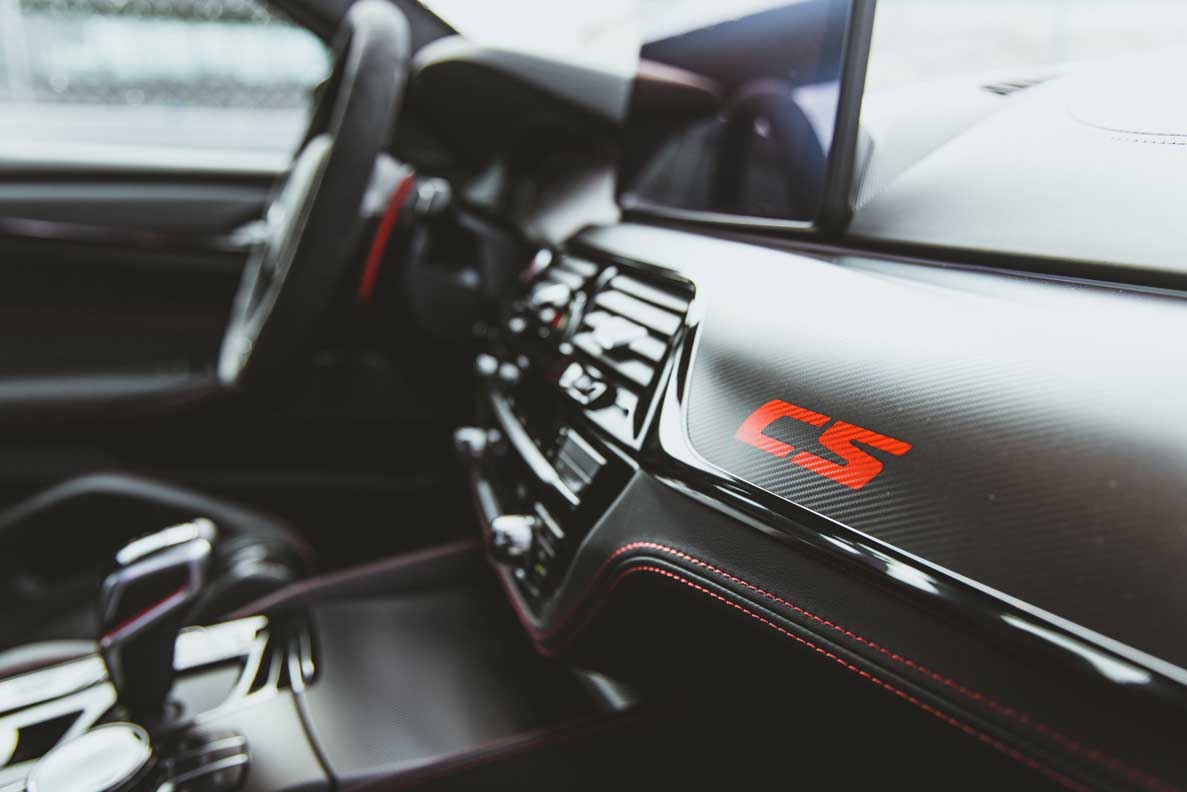 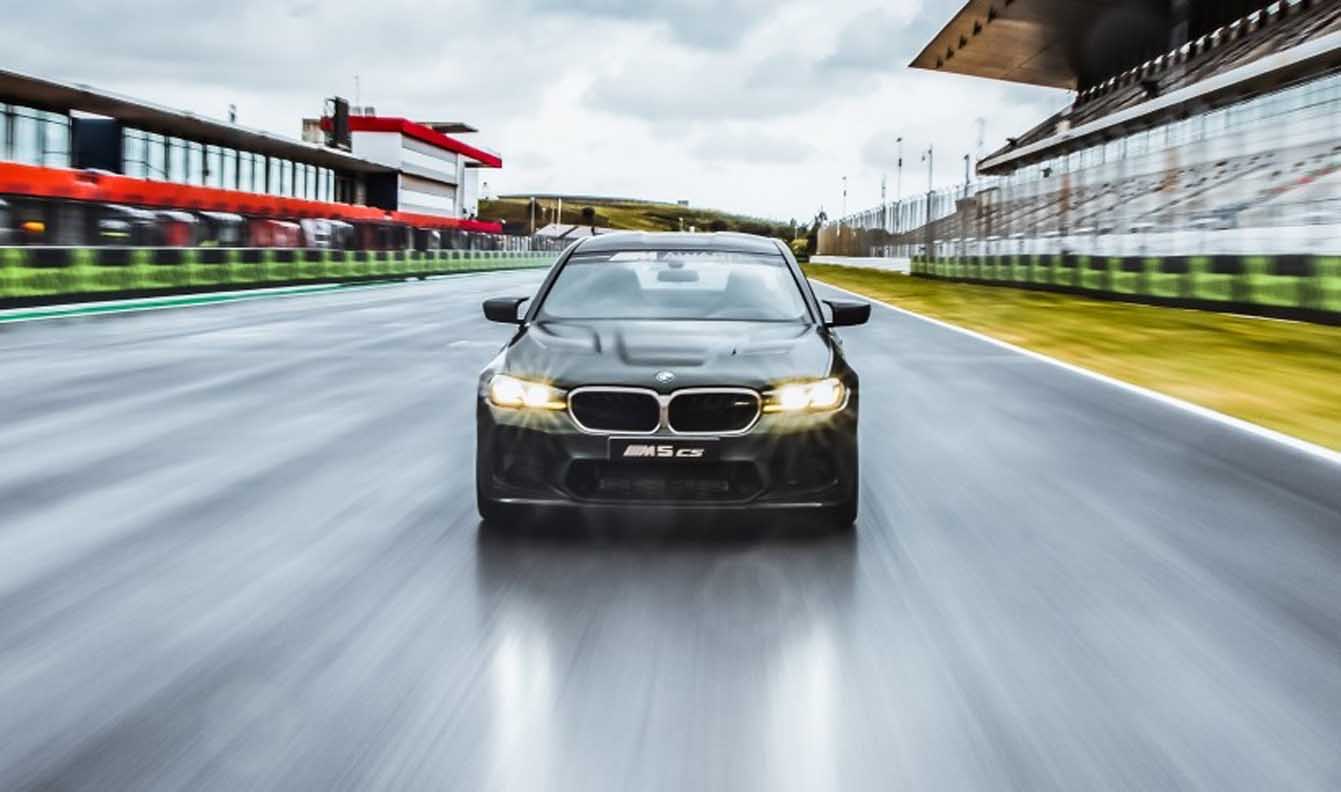 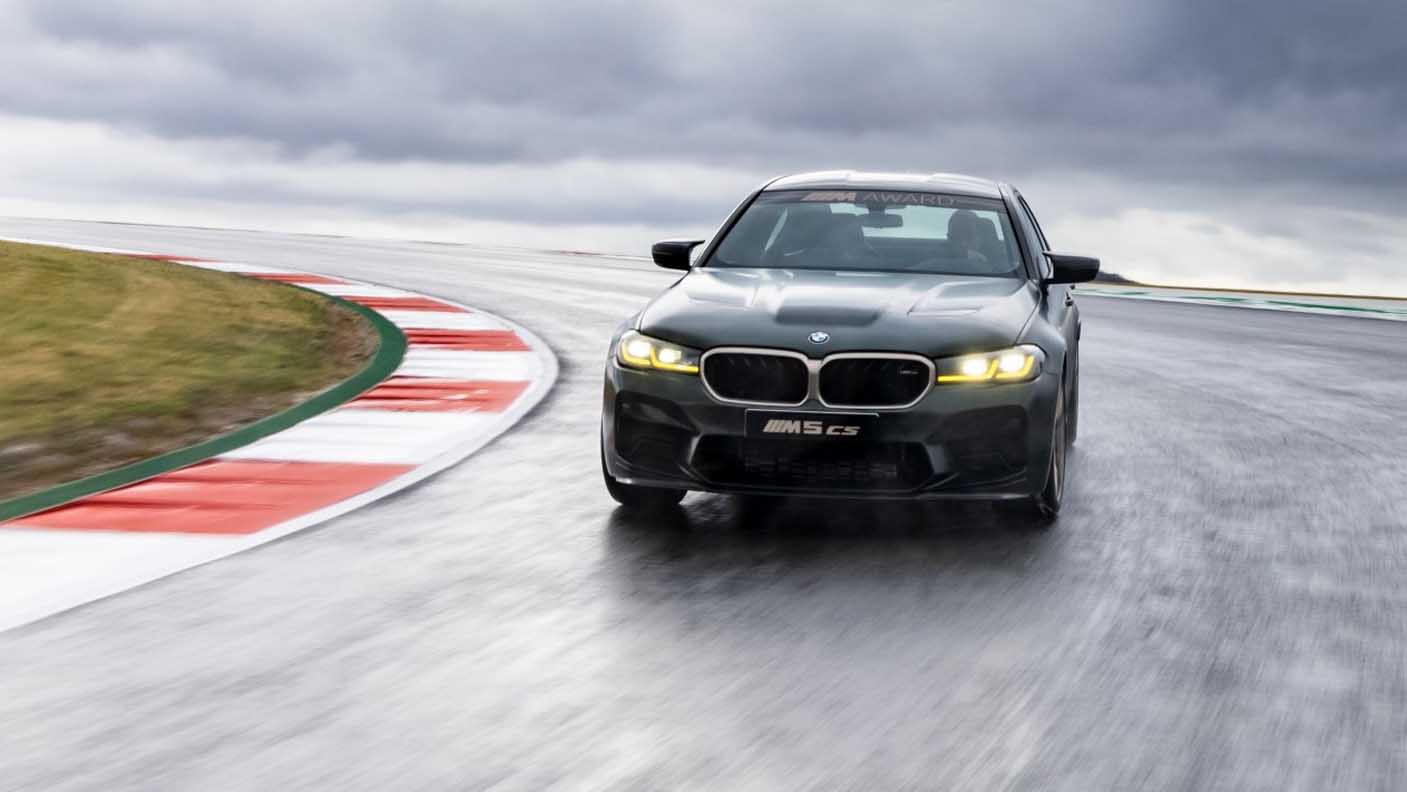 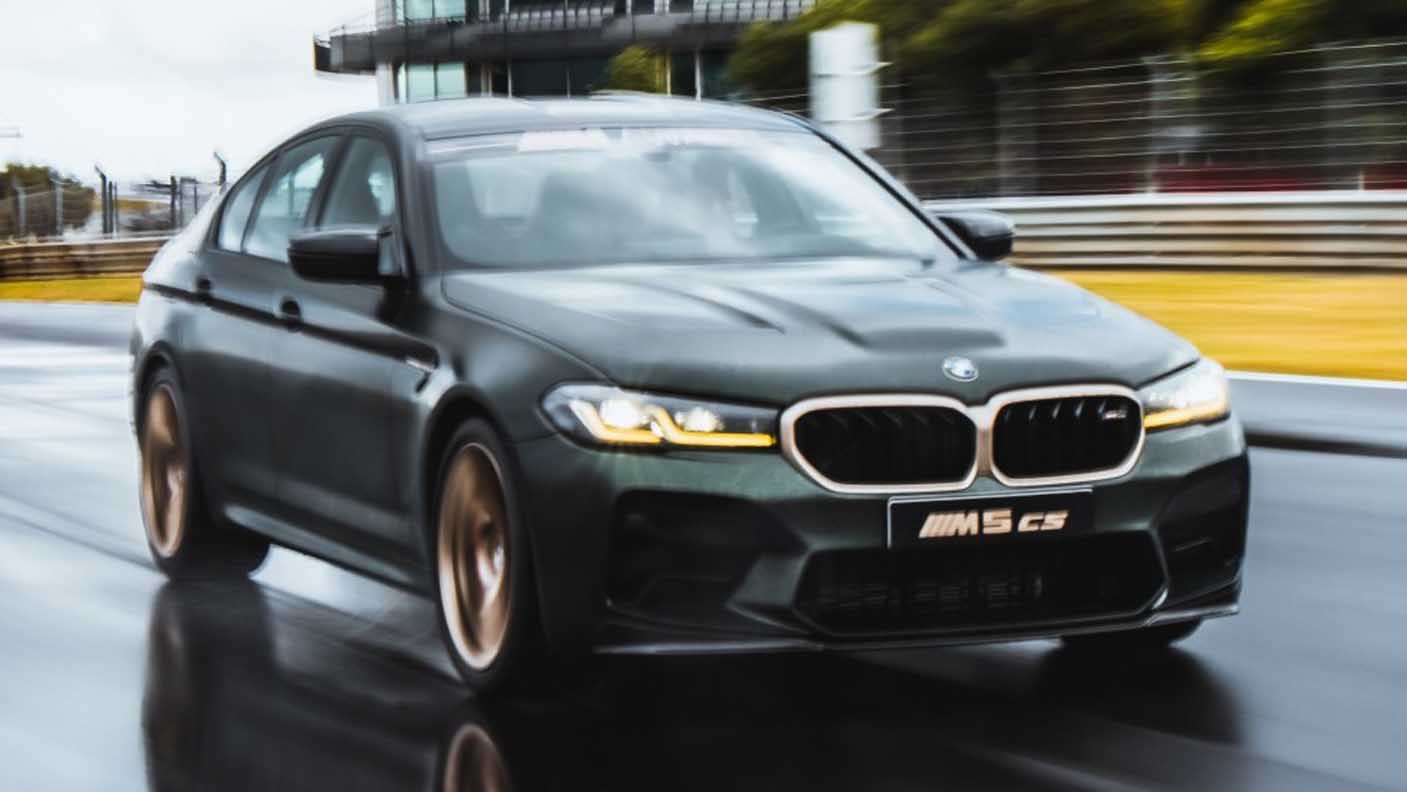 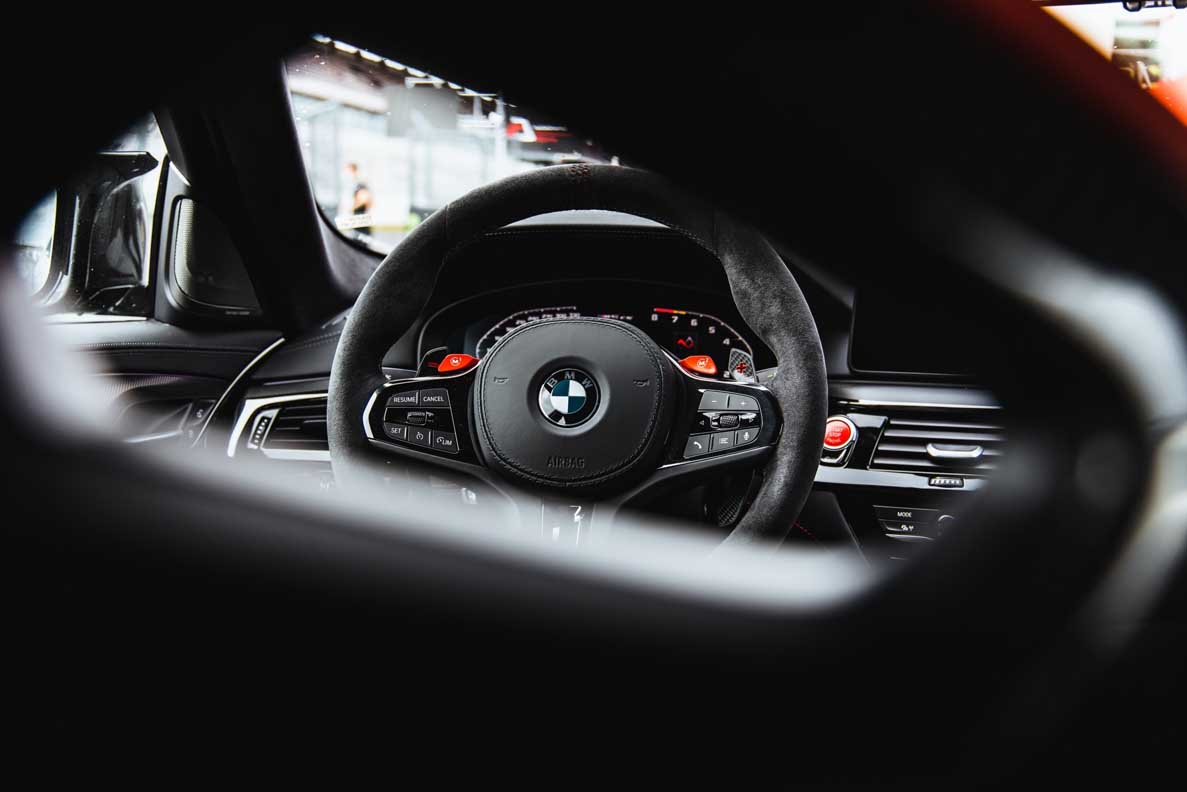 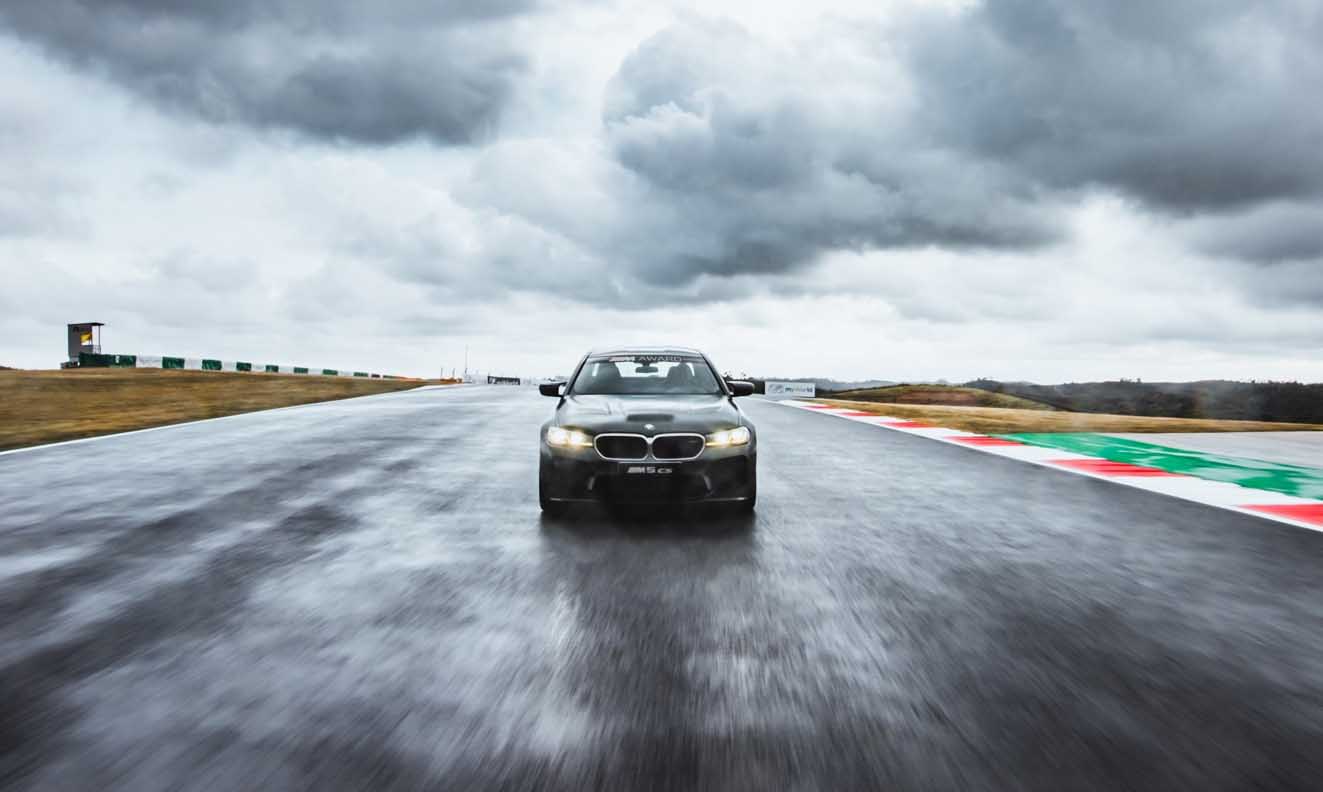 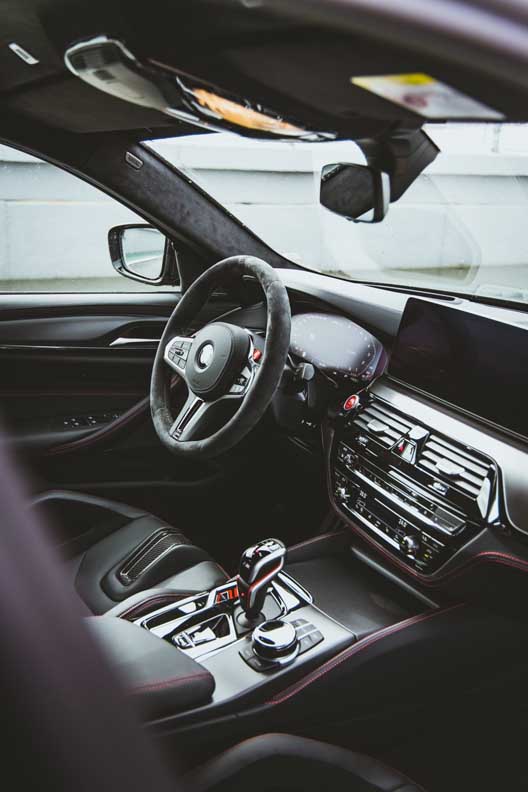 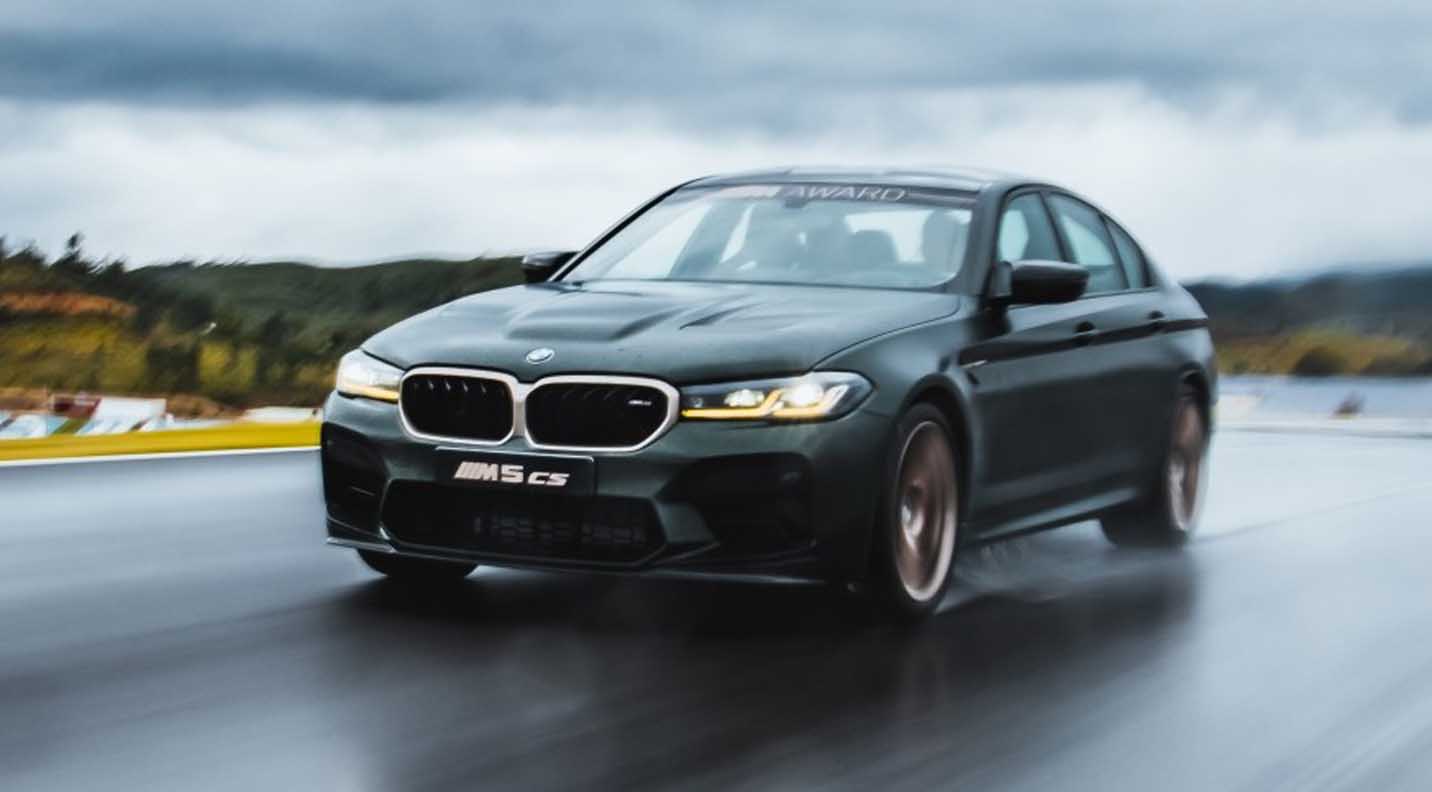