Audi RS Q E-Tron Ahead Of Its First Dakar Rally 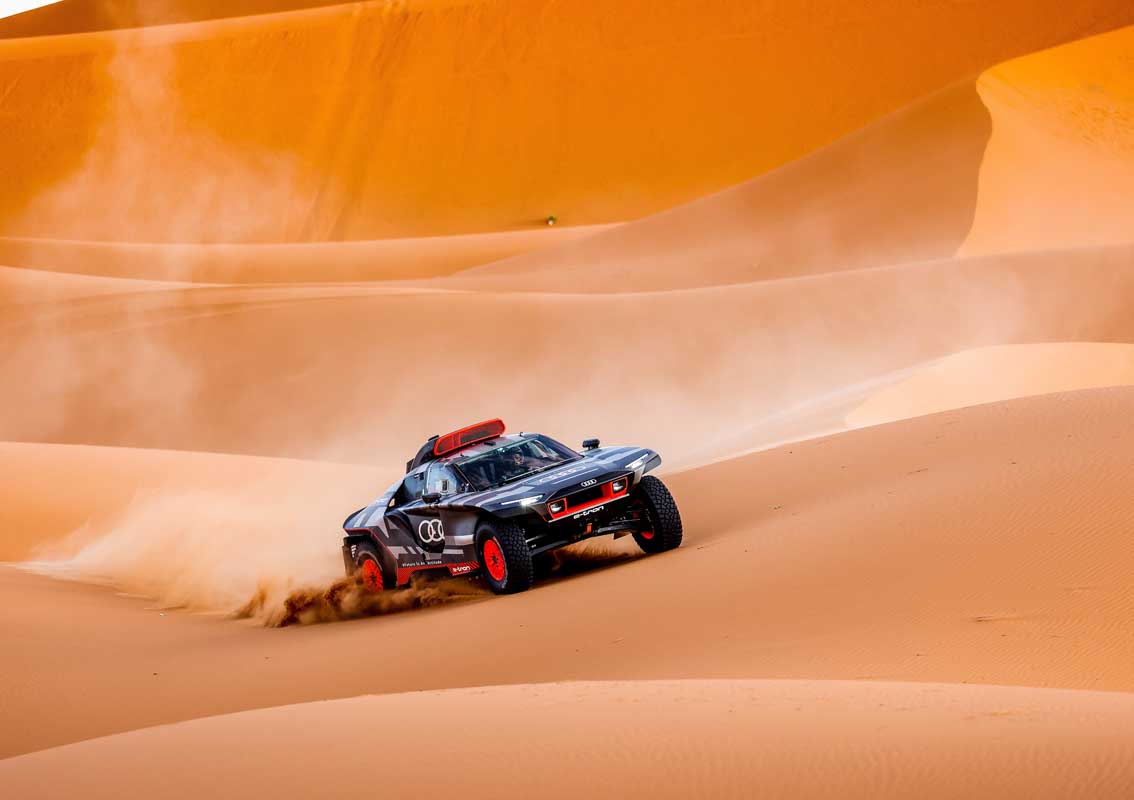 Curtain up for a new chapter: The new Audi RS Q e-tron will contest its first Dakar Rally from January 1 to 14, 2022. For Audi as the inventor of quattro, TFSI, ultra, e-tron and many other future technologies in motorsport, this marks the beginning of a new era in cross-country rallying.

“The Dakar Rally is the biggest conceivable challenge for our innovative electric drive with high-voltage battery and high-efficiency energy converter,” says Julius Seebach, Managing Director of Audi Sport GmbH and responsible for motorsport at Audi. “Never before have we brought such a complex vehicle to the start at Audi Sport in such a short time. Our first endurance test under competitive conditions is now the world’s longest and most demanding rally. We approach the Dakar Rally with great respect and are fully focused on this challenge.” On the twelve legs of the desert rally in Saudi Arabia Audi will meet 91 other competitors in the automobile class. It is one of five vehicle categories alongside motorcycles, quads, lightweight vehicles and trucks.

On board the three Audi RS Q e-tron: pioneering technology and three leading driver-co-driver teams. After Audi became the first manufacturer to win the 24 Hours of Le Mans with electrified drive in 2012 and the first German manufacturer to win the team title in Formula E in 2017/2018, the next pioneering achievement follows in the desert. In the T1 Ultimate category of the Dakar Rally, Audi wants to prove that an electrified powertrain is highly efficient and competitive.

Three highly qualified driver teams do their best: Mattias Ekström shines with his versatility. Two DTM titles and winning a World Rallycross Championship are the highlights of an almost 30-year international motorsport career. Co-driver Emil Bergkvist, also a Swede, was himself a junior world rally champion before switching to the co-driver’s seat. Stéphane Peterhansel leads the Dakar Rally leaderboard as a 14-time winner. His French compatriot and co-driver Edouard Boulanger showed him the way in 2021 in his most recent success. Spaniard Carlos Sainz has won the Dakar Rally three times and brings with him more than two decades of experience from sprint rallies, during which he was World Rally Champion twice. His compatriot Lucas Cruz was in the co-driver’s seat for all three Dakar victories.

All three Audi RS Q e-tron cars are entered under Team Audi Sport. The brand receives support from Q Motorsport. Sven Quandt’s team from Trebur in Hesse, Germany, looks back on more than a quarter of a century of experience in cross-country rallying, including six Dakar victories. A total of 80 people from Audi and Q Motorsport – from the rally drivers and those responsible for technology and logistics to the team doctor and physiotherapists – will be moving through Saudi Arabia for two weeks. The 2022 program includes twelve stages with daily distances of more than 800 kilometers in some cases. The total length of the rally is 8,099 kilometers, the total of the timed off-road stages is 4,252 kilometers. The rally starts on New Year’s Day in Jeddah and ends there on January 14. On January 8, the rally will take a rest day in Riyadh.

In addition to reporting on its Facebook, Twitter and Instagram social media channels, Audi covers the day’s stages with a daily video format on Facebook. Route information, wiki episodes on details worth knowing and behind-the-scenes reports as well as current interviews with drivers, co-drivers and the team give a concise impression of the challenging daily stages. In the Audi MediaCenter, Audi offers high-resolution footage, video sequences, basic information, infographics as well as a preliminary report, an interim report on the rest day and a final report from the 2022 Dakar Rally. 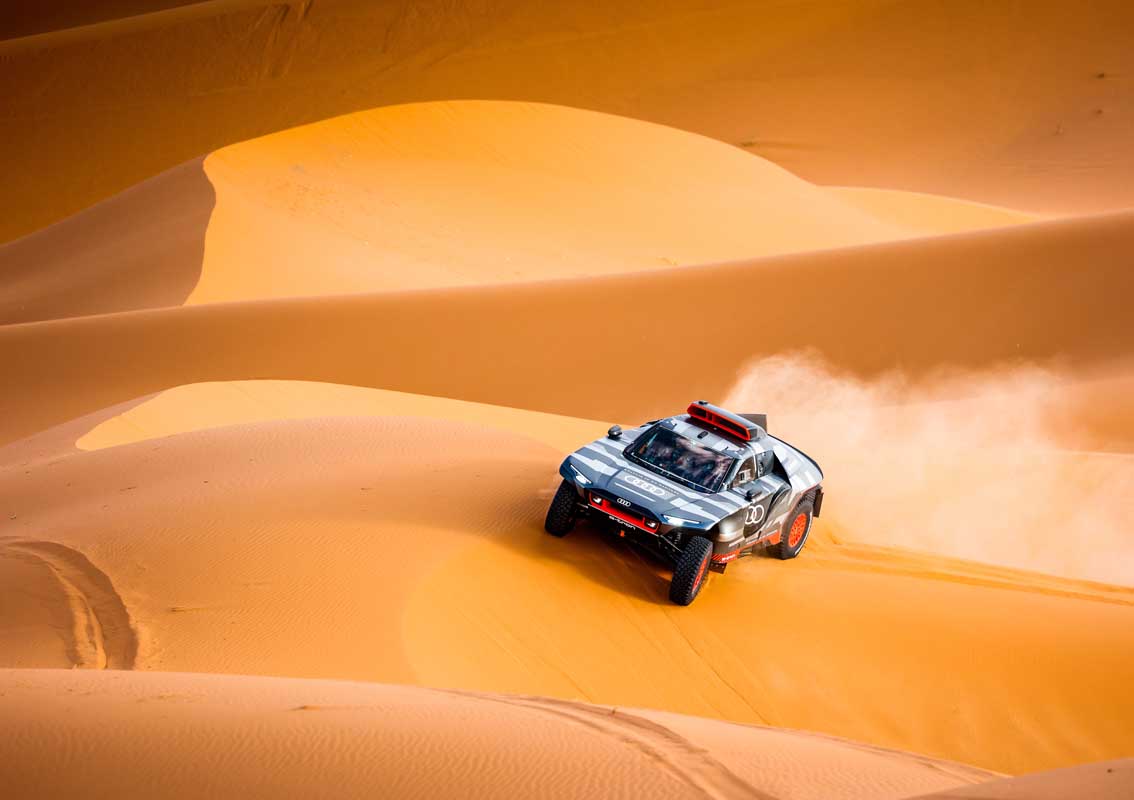 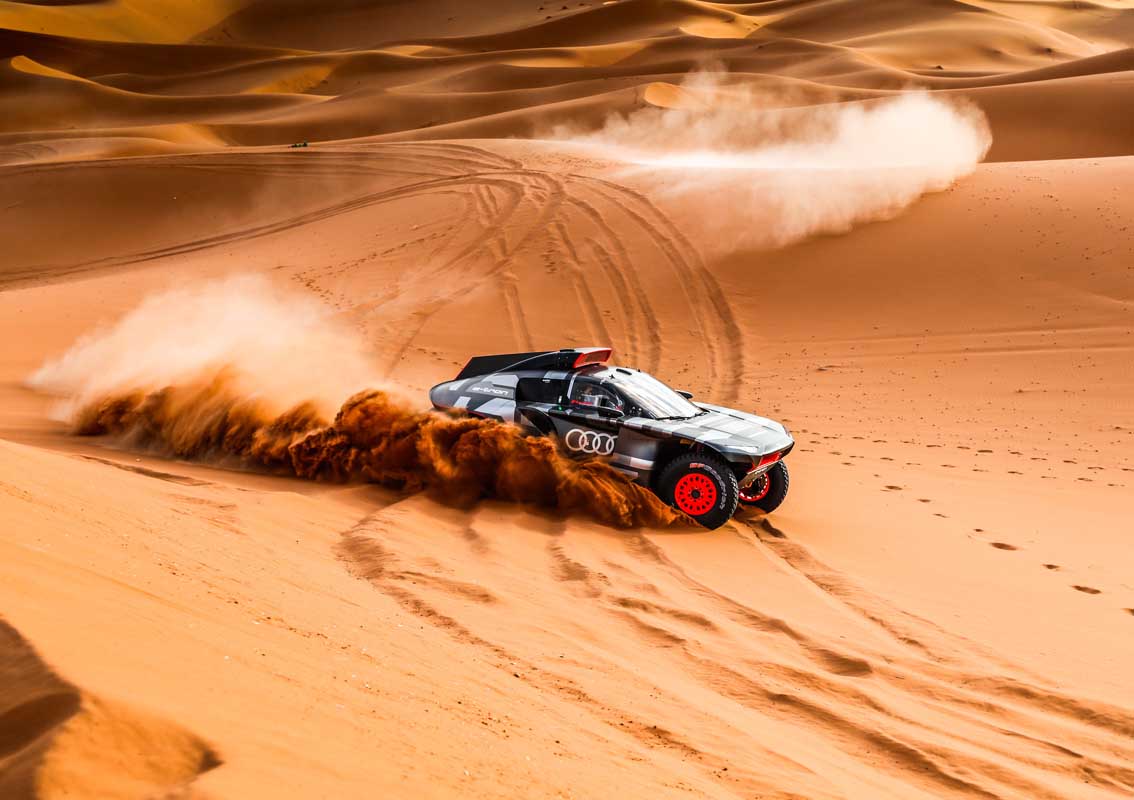 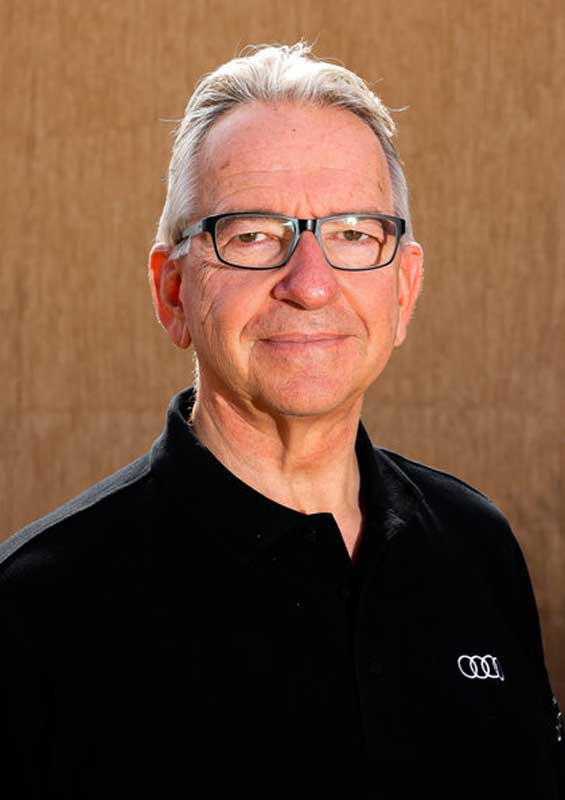 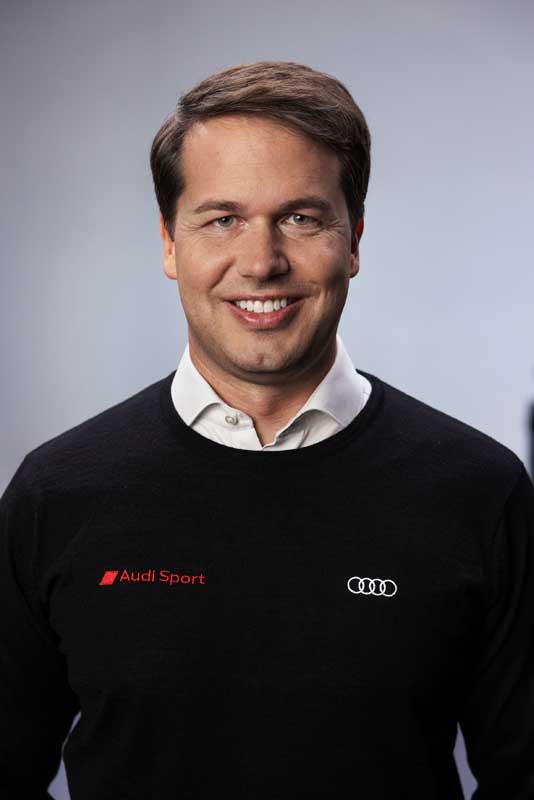 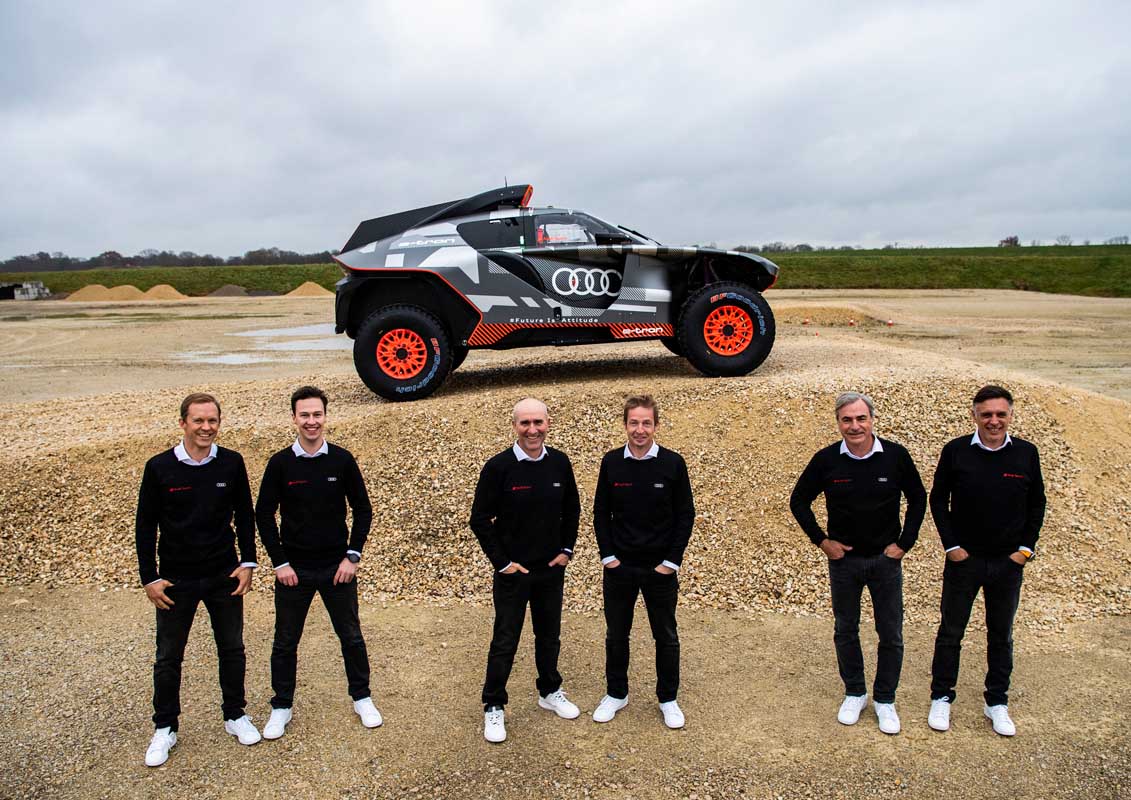 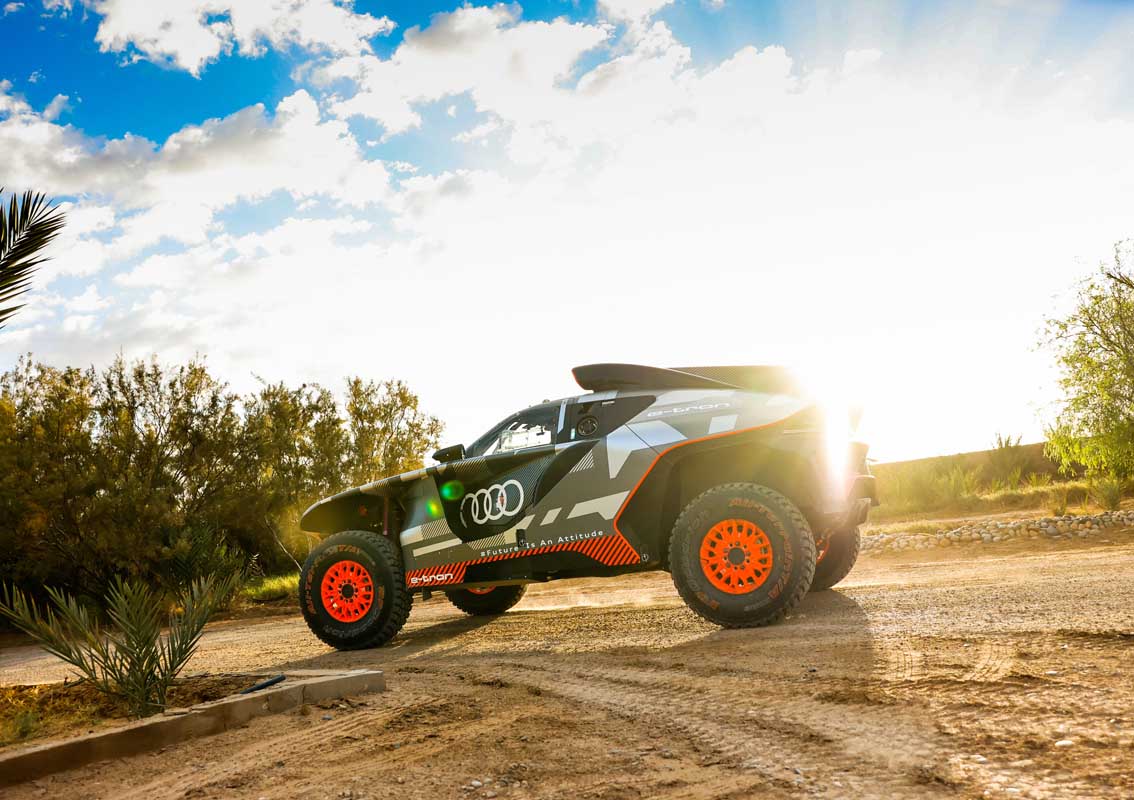