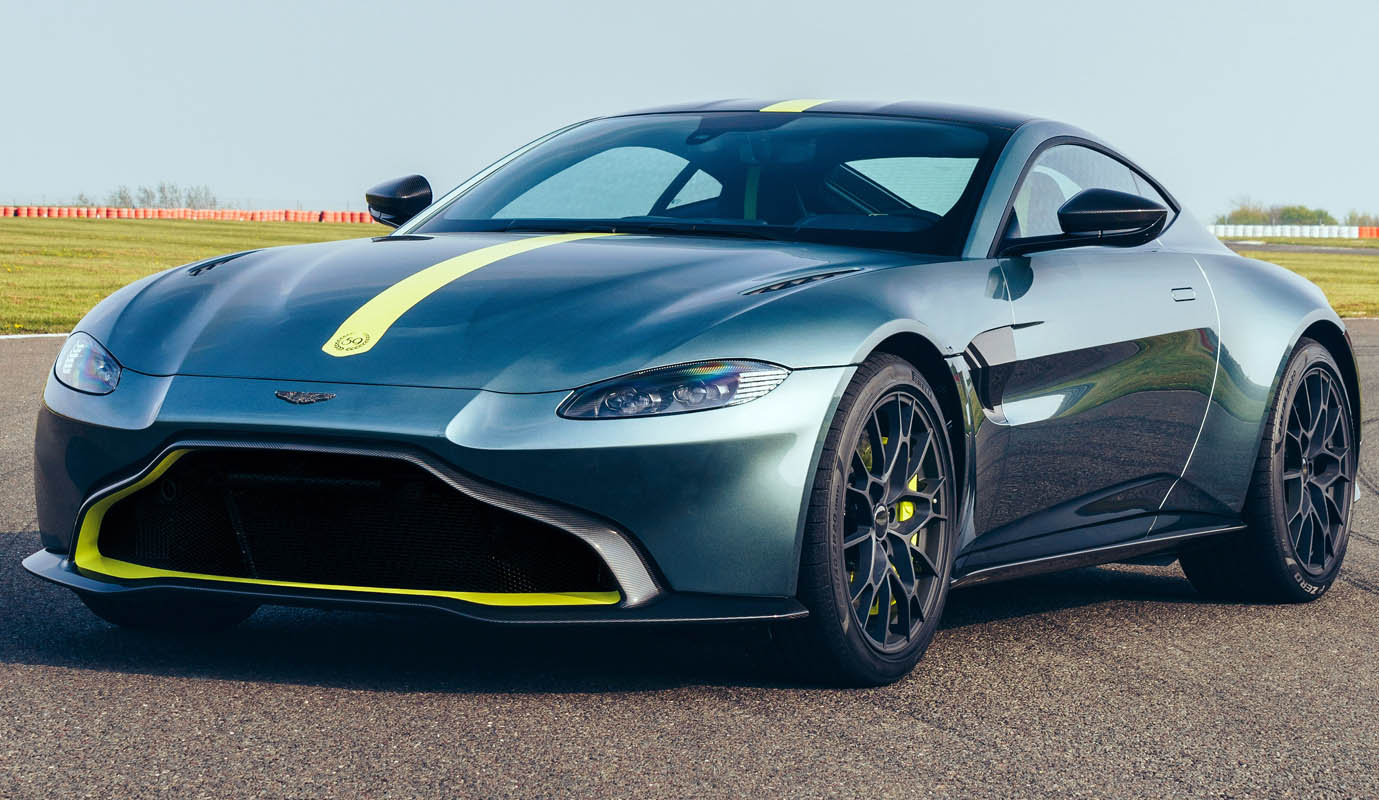 Renowned for delivering one of the most exhilarating driving experiences currently on the market, the Aston Martin Vantage has been given an extra dose of excitement with the addition of a third pedal and manual transmission. The result? Vantage AMR.

Launched today on the penultimate round of the FIA World Endurance Championship Super Season – a world where Aston Martin Racing competes with the Vantage GTE – Vantage AMR fulfils Aston Martin’s promise to deliver a product with the involvement and driver engagement that only a manual can offer.

The heart of Vantage AMR remains Aston Martin’s potent new alloy, 4-litre twin-turbo V8 engine. Set low and as far back in the chassis as possible for optimal centre-of-gravity and near perfect 50:50 weight distribution, this high performance, high efficiency engine develops 510PS at 6000rpm and 625Nm from 2000-5000rpm, propelling Aston Martin Vantage AMR from 0-60mph in 3.9 seconds and 0-62mph in 4.0 seconds. As with the existing Vantage model, top speed is met at 195 mph. However, while performance is still at the forefront of all Vantage models, its delivery in the Vantage AMR is very different.

Aston Martin Vantage AMR is equipped with a motorsport-inspired 7-speed transmission developed by Graziano, featuring a ‘dog-leg’ first gear. Inside, the driver is presented with the opportunity to deliver each gear with both precision and finesse via a hand-stitched leather-clad gearstick. Second to seventh gears – those that will be used most frequently when on the move – are positioned in a traditional double H-pattern configuration. To ensure a more rewarding and engaging experience expected of a manual, Vantage AMR’s transmission is mated to a limited-slip differential, tuned and calibrated by Aston Martin’s leading dynamics team, headed by Chief Engineer Matt Becker, from the team’s base at Silverstone Race Circuit.

Aston Martin Vantage AMR’s manual transmission also features AMSHIFT. The system, which is driver selectable, uses clutch, gear position and prop shaft sensors, together with finely-tuned engine management program to mimic the technique of heel-and-toe downshifts; the act of blipping the throttle while braking and changing gear to allow smoother deceleration and cornering as a result. AMSHIFT also offers the capability of full-throttle upshifts for maximum smoothness and minimal interruption in acceleration.

Removing the automatic transmission and including carbon ceramic brakes as standard not only creates a purer driver experience, but also assists in removing 95kg of weight. Known for its handling prowess already, Vantage AMR pushes the boundaries further and continues to exploit Aston Martin’s latest adaptive damping system incorporating Skyhook technology – with Sport, Sport + and Track modes – to ensure the car’s character can be tuned to the driver’s preference or road conditions.

Limited to 200-units, Aston Martin Vantage AMR is available in five designer specifications. 141 of those 200 will be available in either Sabiro Blue, Onyx Black, China Grey or White Stone. In contrast, the final 59 will be crafted in celebration of the 60th anniversary since Aston Martin’s triumphant 1959 24 Hours of Le Mans victory with DBR1. Named “Vantage 59”, this fixed specification features a Stirling Green and Lime exterior paint scheme and Dark Knight leather and alcantara interior, finished with a signature AMR lime stripe and stitch. Priced at £164,995 in the UK, €209,995 in Germany and $204,995 in the USA, this package is available on a first-come-first-serve basis to customers worldwide.

Speaking of Vantage AMR, Andy Palmer President and Group CEO, Aston Martin Lagonda said, “When I joined this company, customers asked and, as a gearbox engineer and racer, I promised that we would always offer a manual transmission in our line-up. The Vantage AMR not only honours that commitment but sets us apart from our competitors in continuing to offer a three-pedal option. In a world of autonomous robo-taxis, Aston Martin will continue to advance the art and science of performance driving. With the Vantage AMR, we have created a thoroughly modern sports car that rewards effort and focus from the driver; the antidote to driving a computer game. With the Vantage GTE set to race again at the 24 Hours of Le Mans in June, I hope that those customers who are lucky enough to take ownership of a Vantage 59, will have even more reason to celebrate with their new car”. 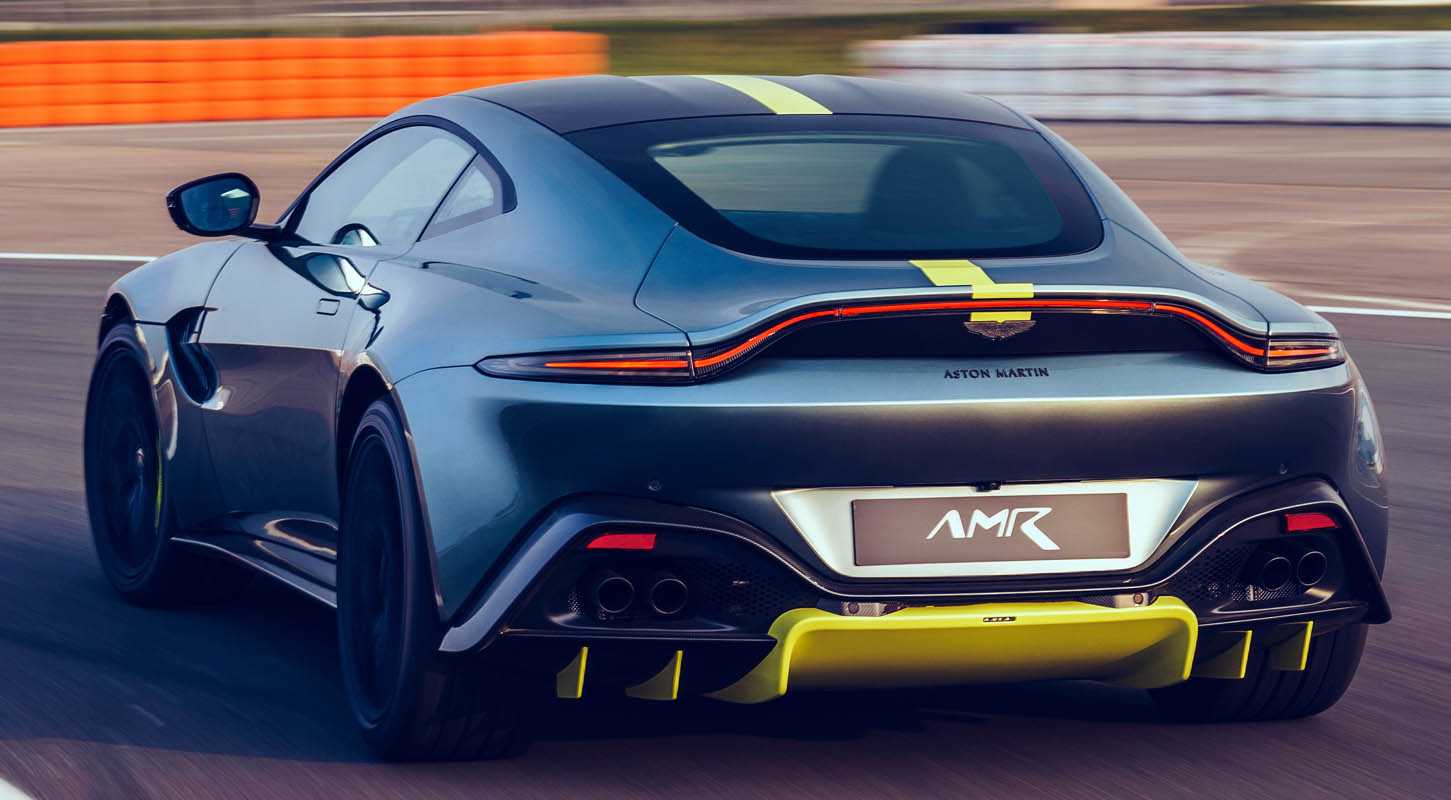 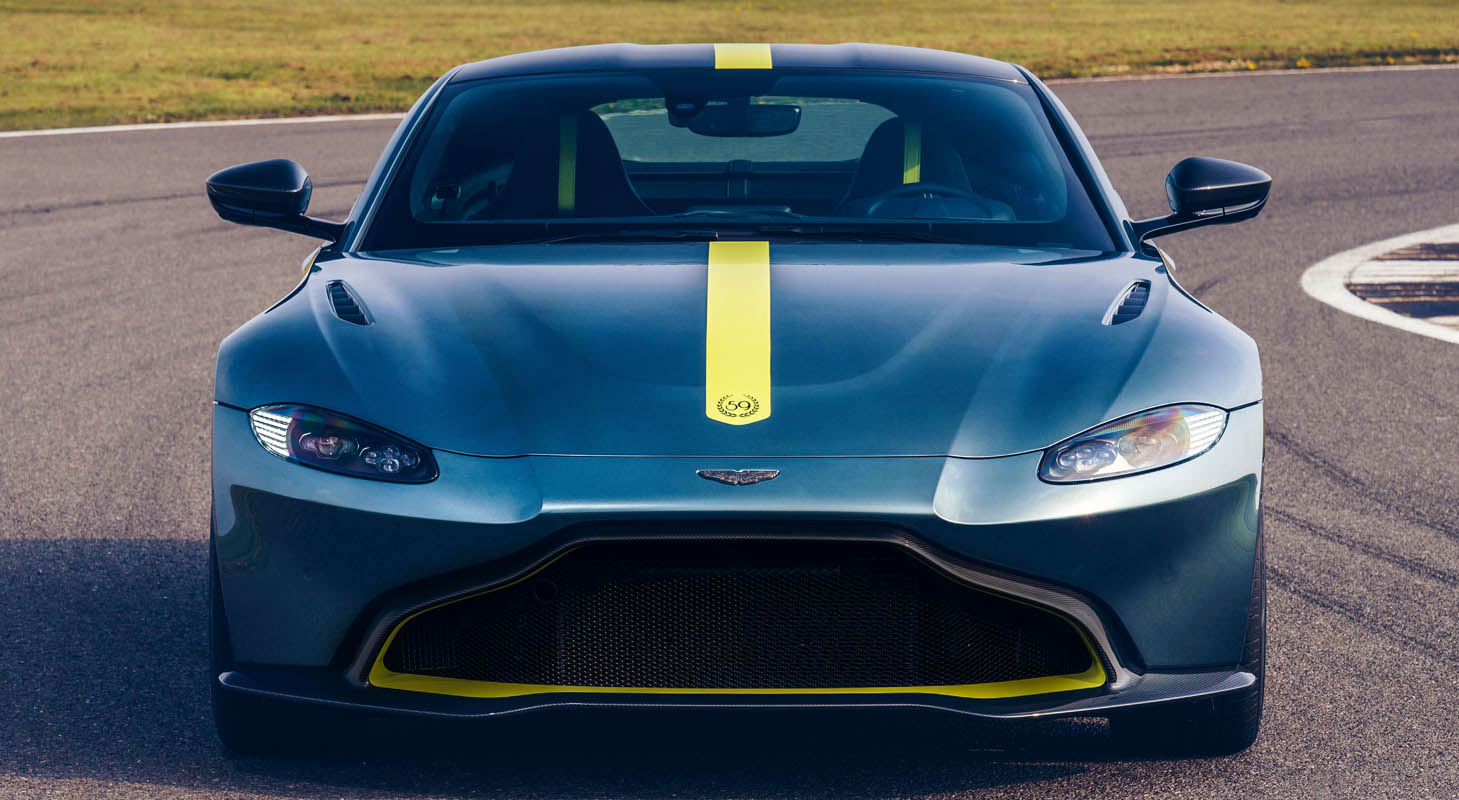 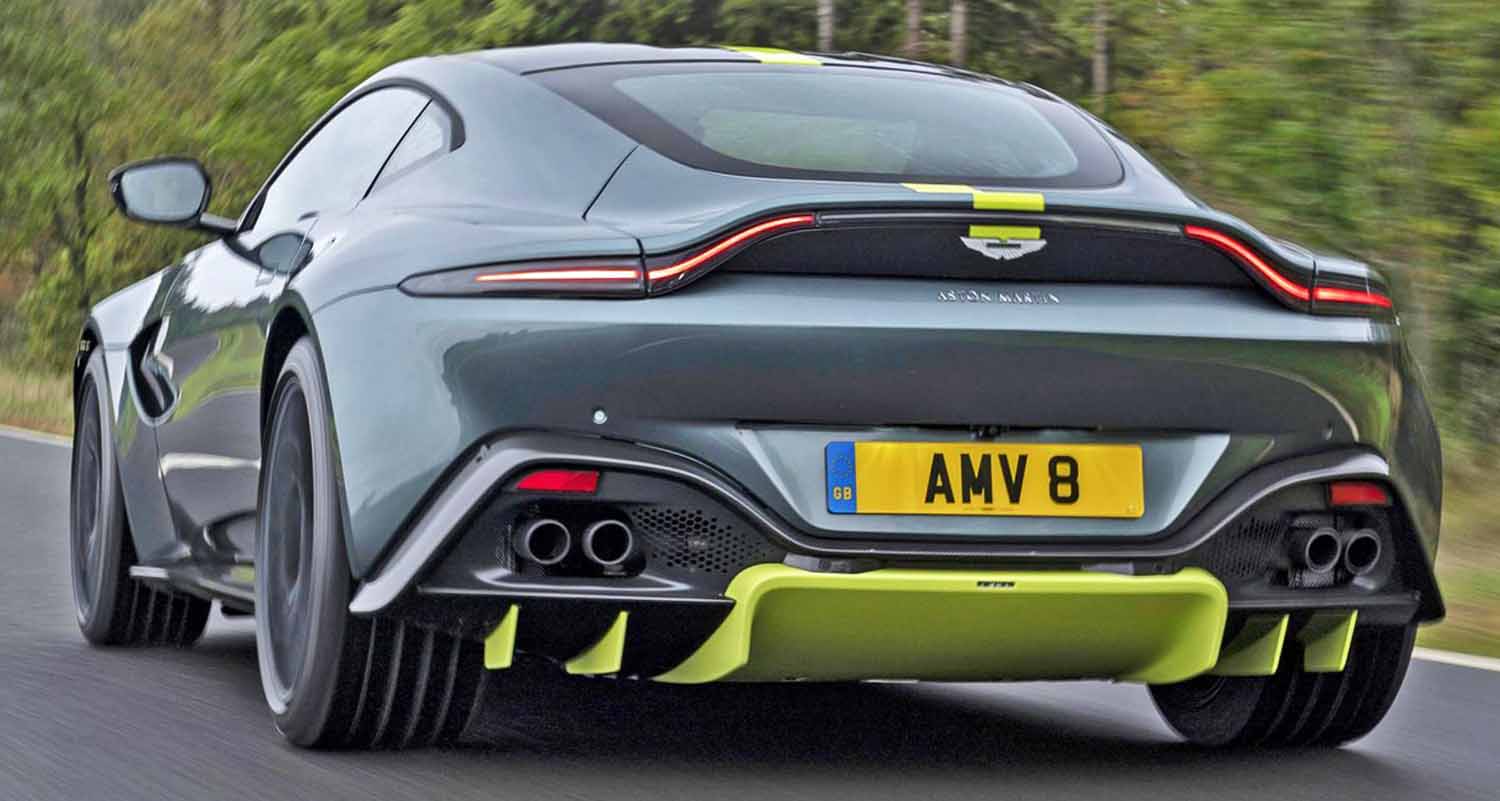 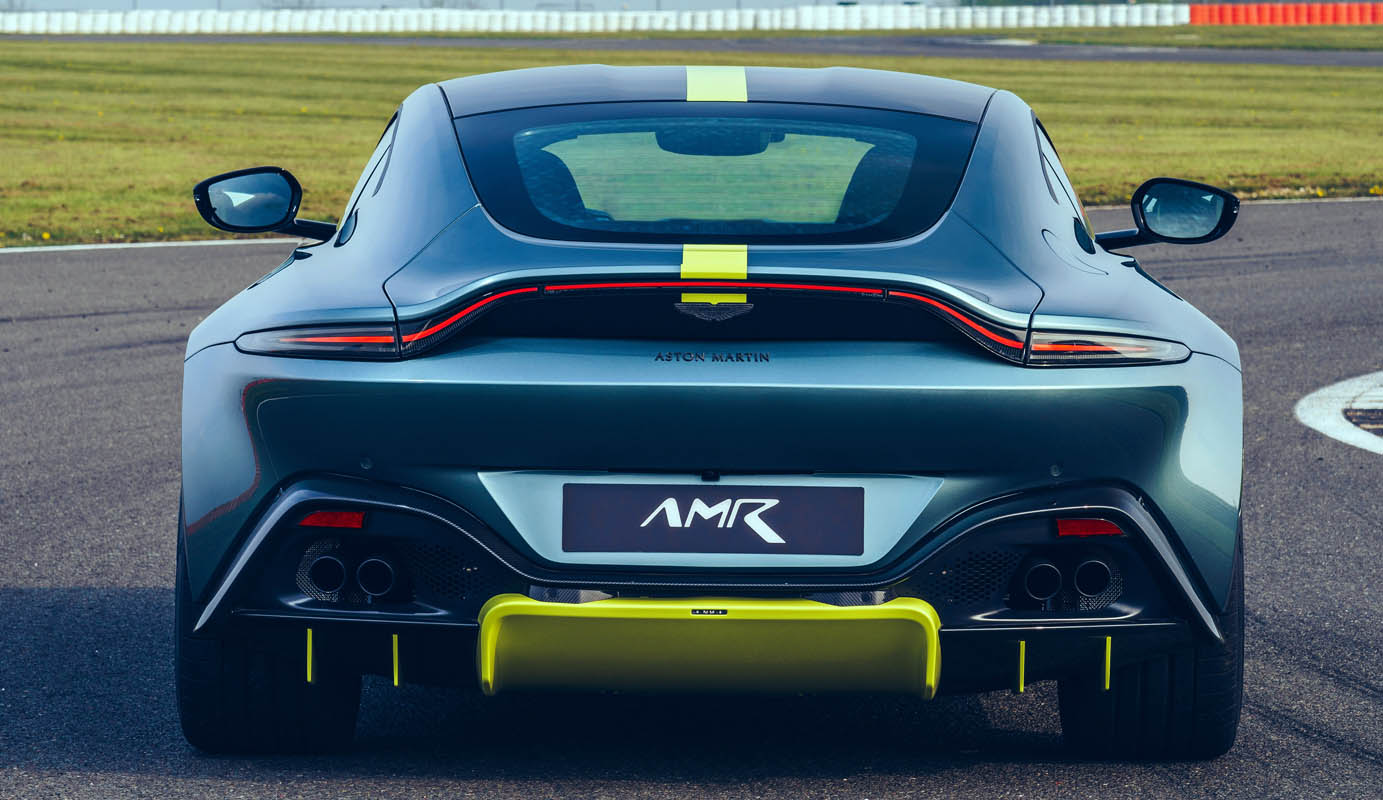 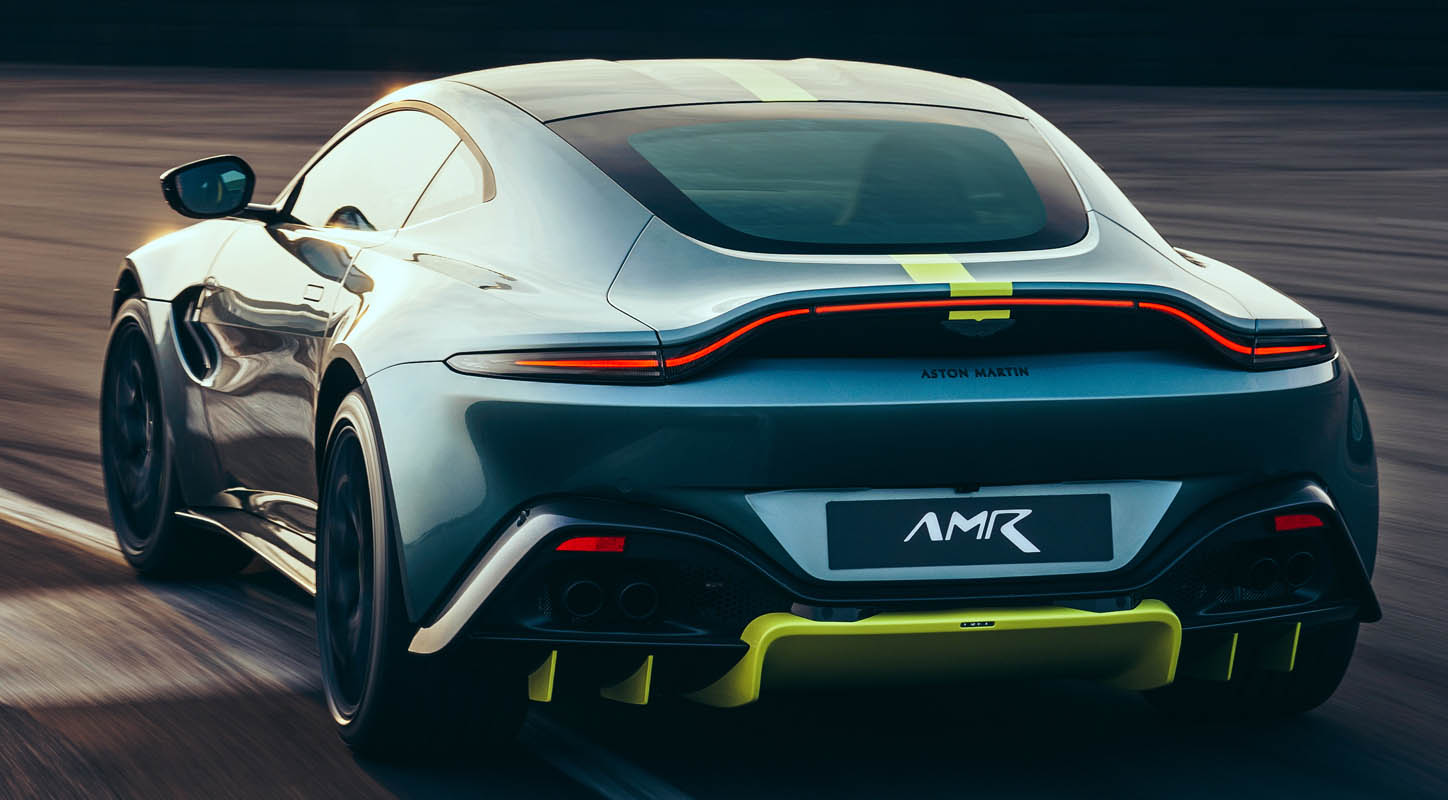 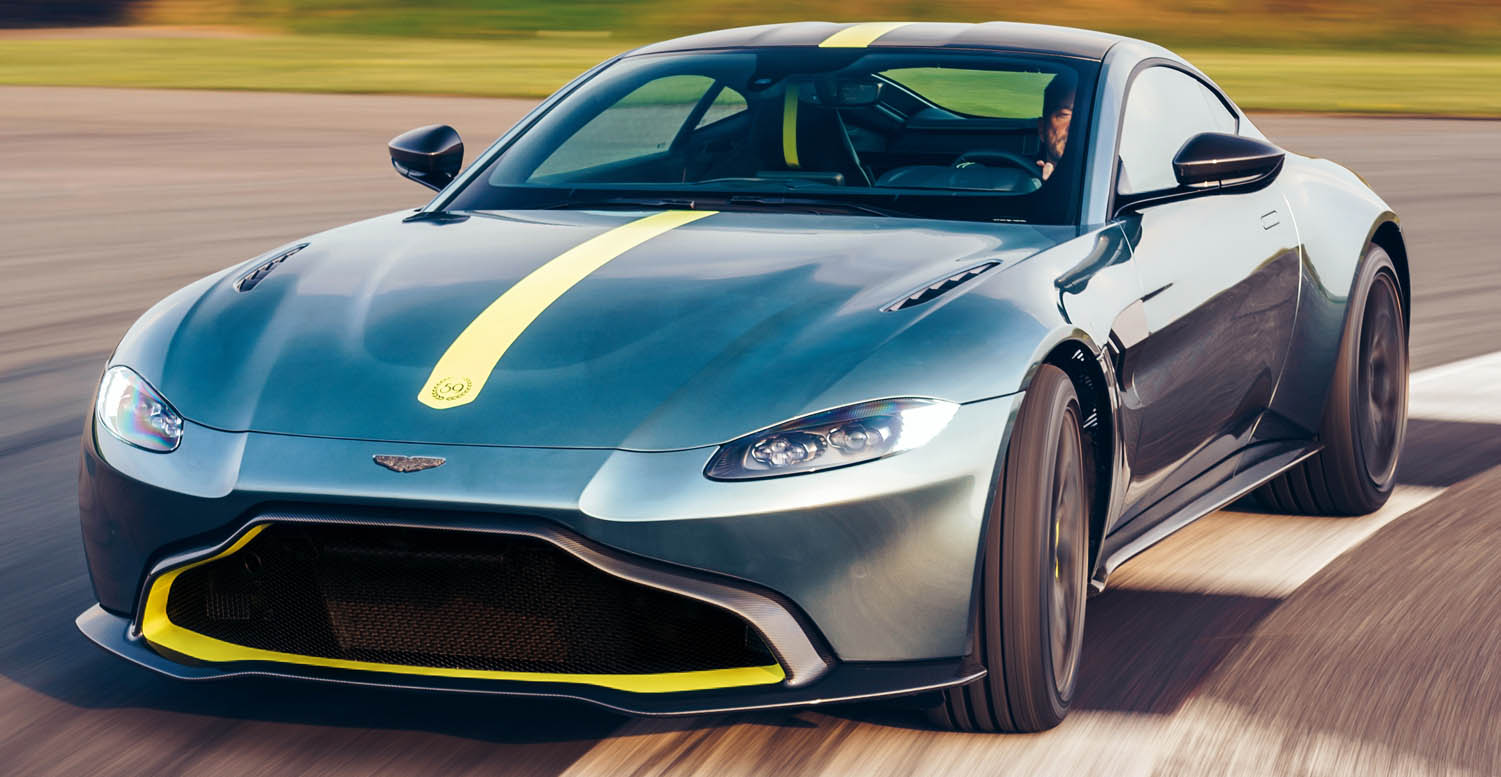 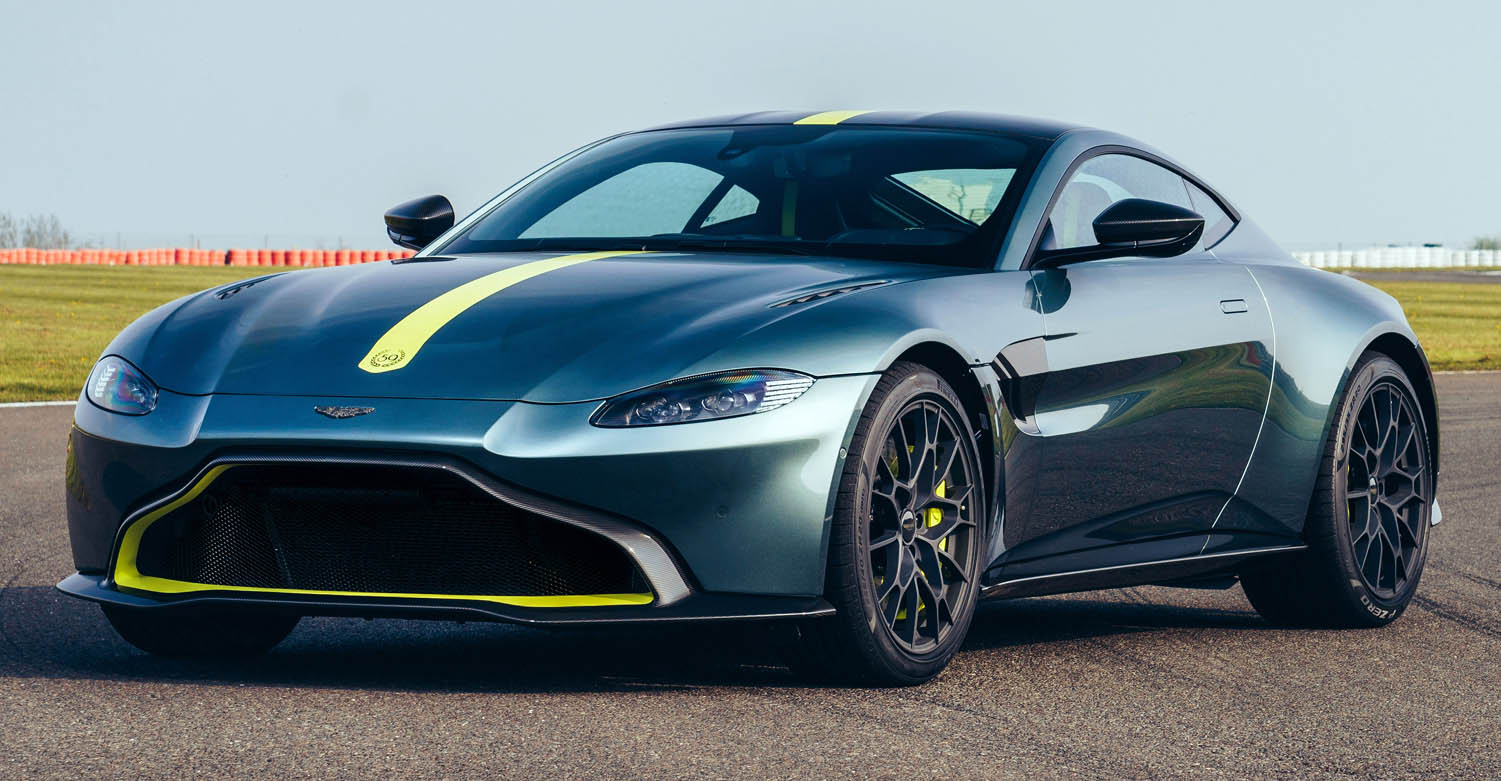 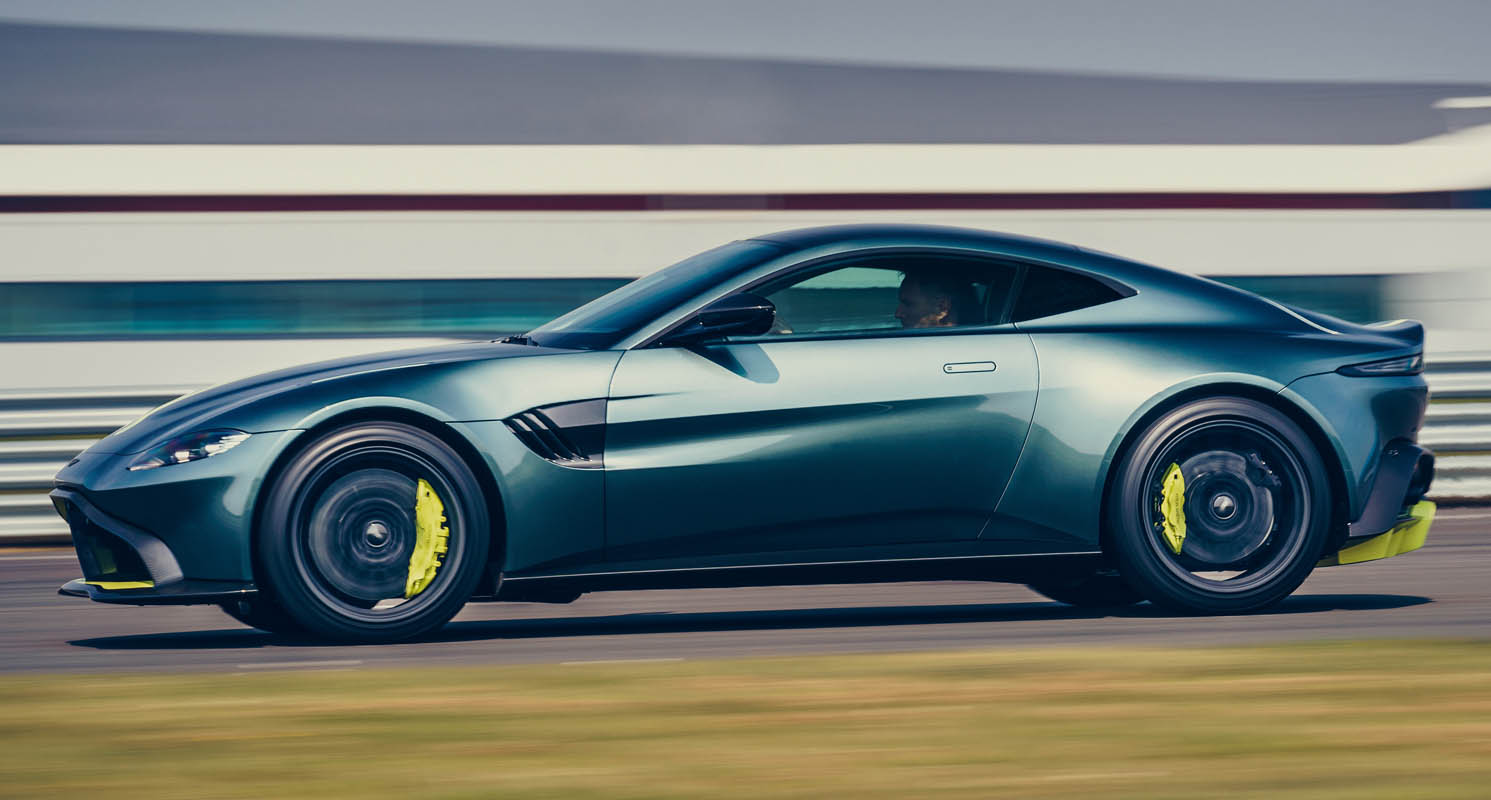 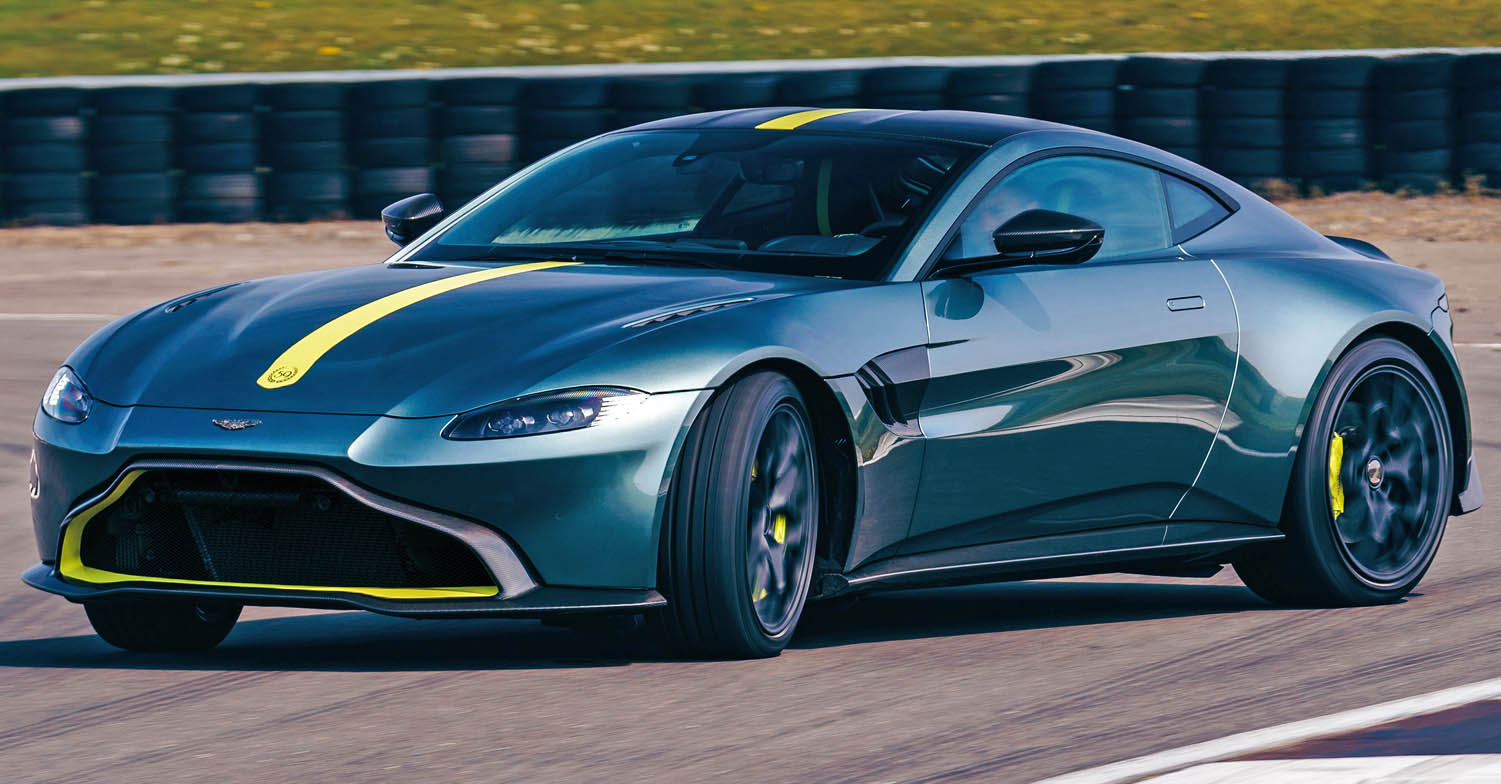 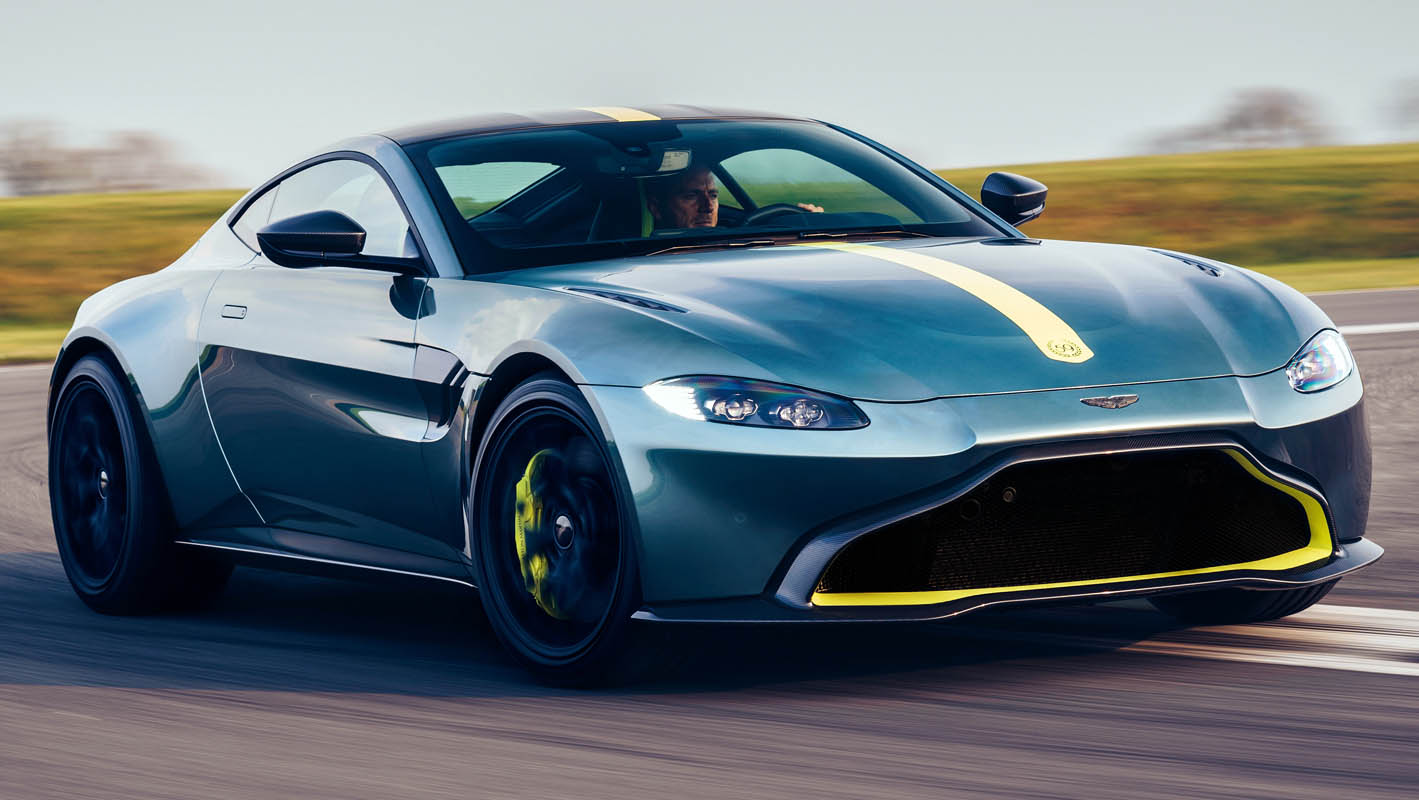 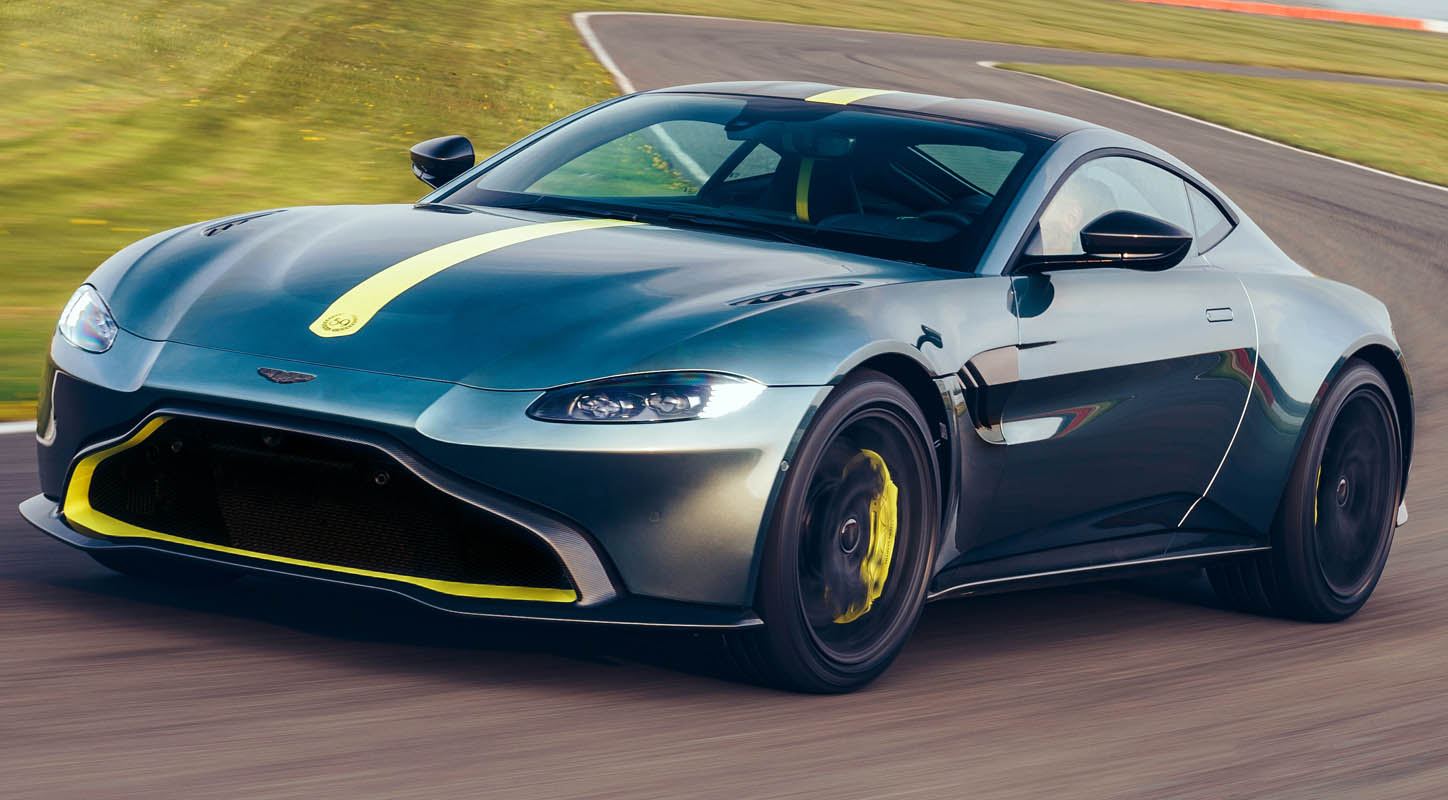 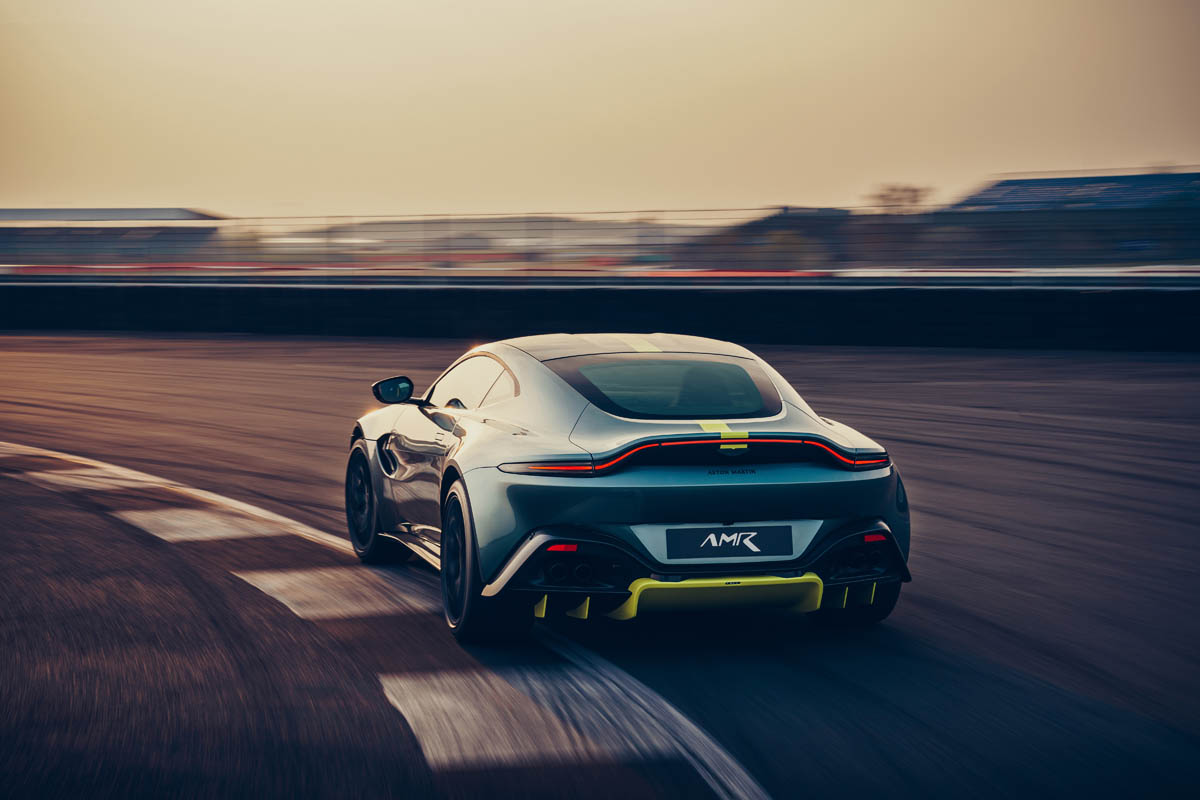 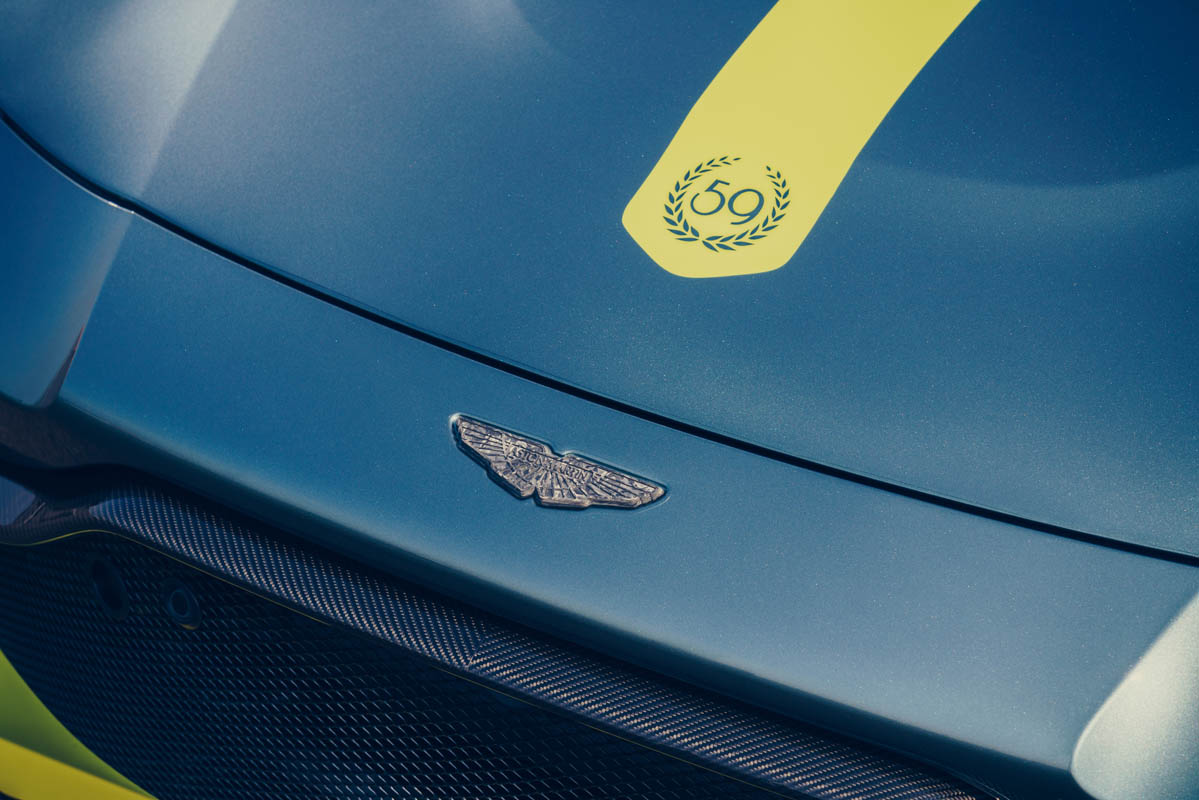 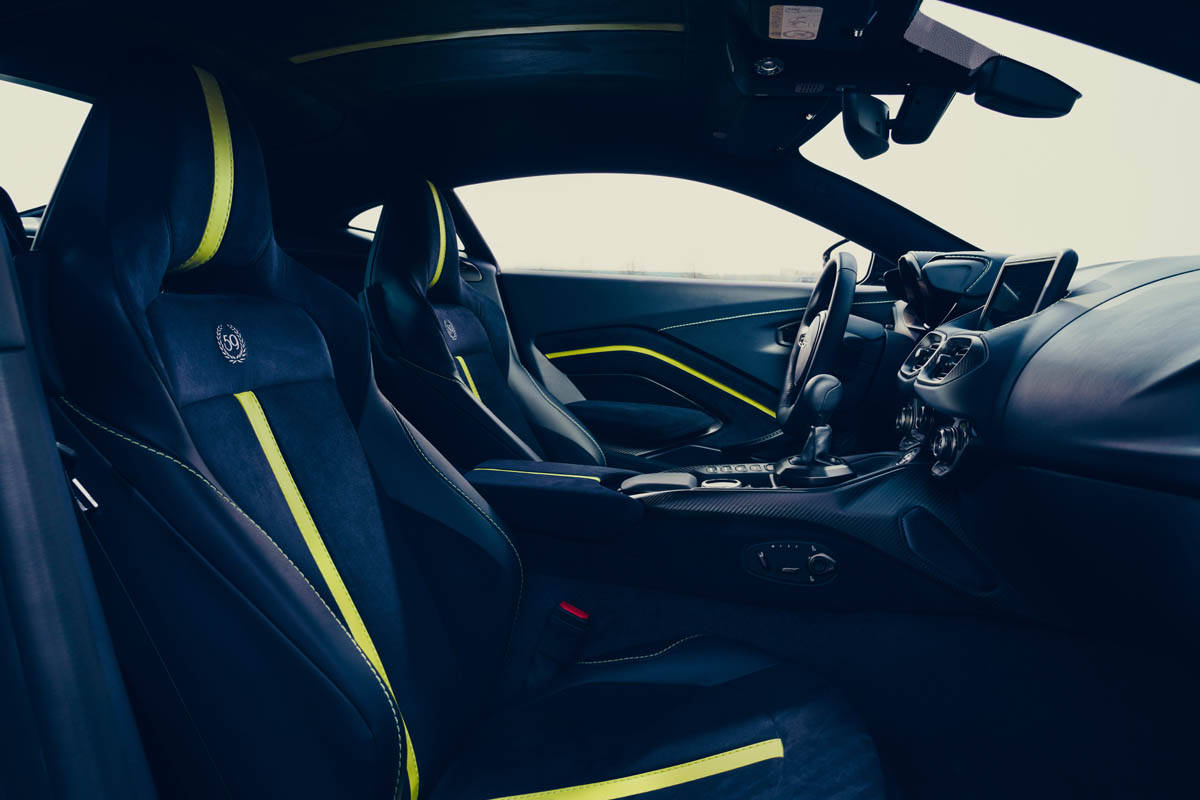 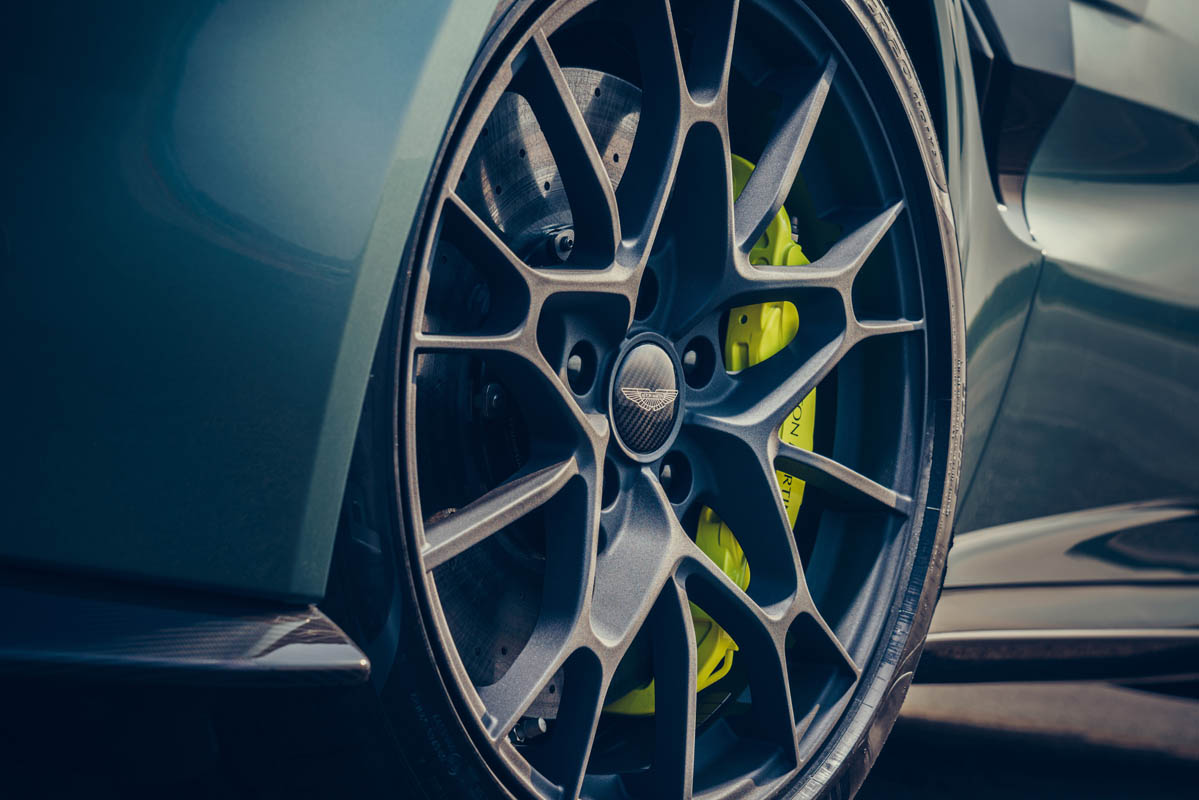 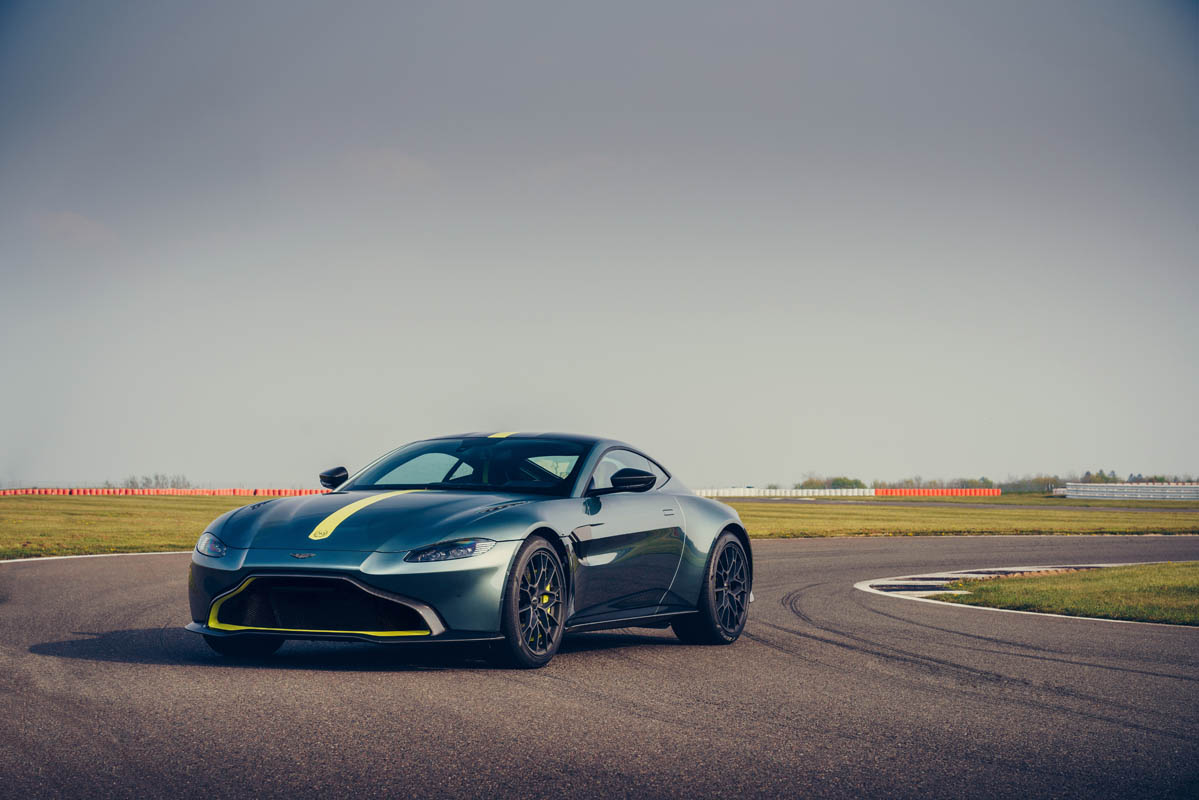 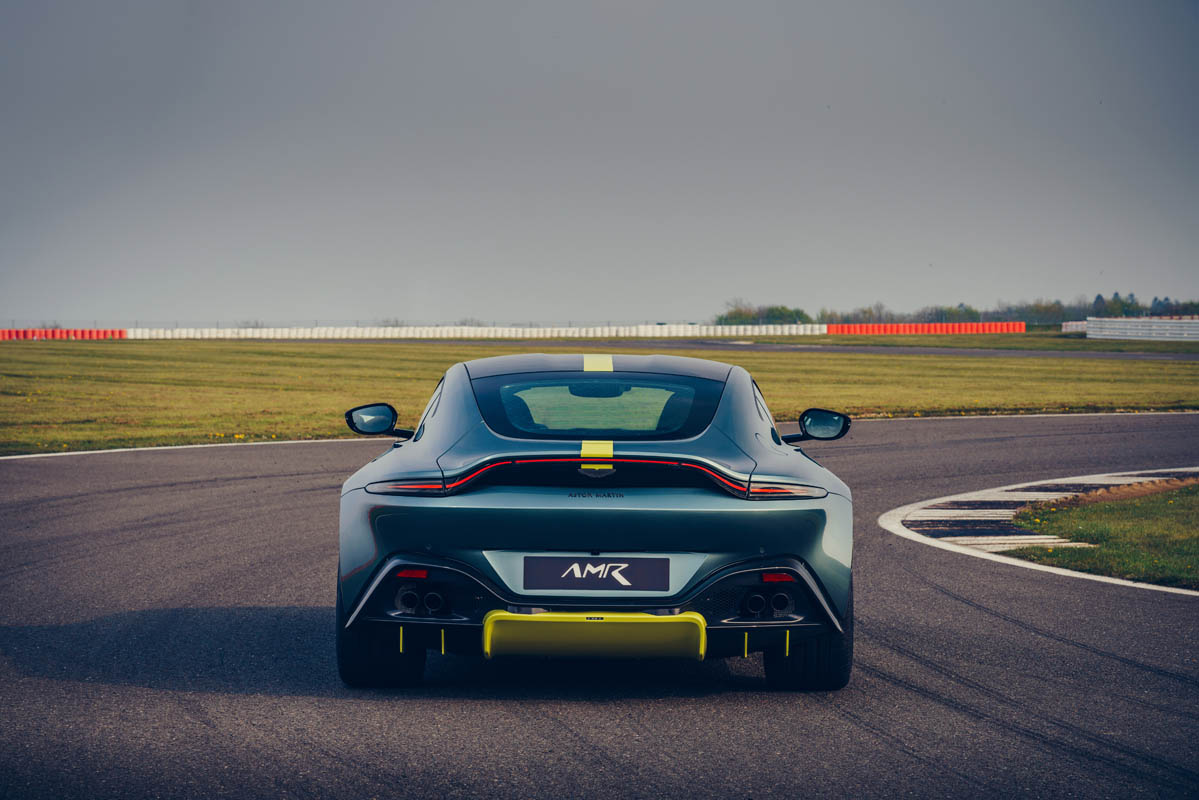 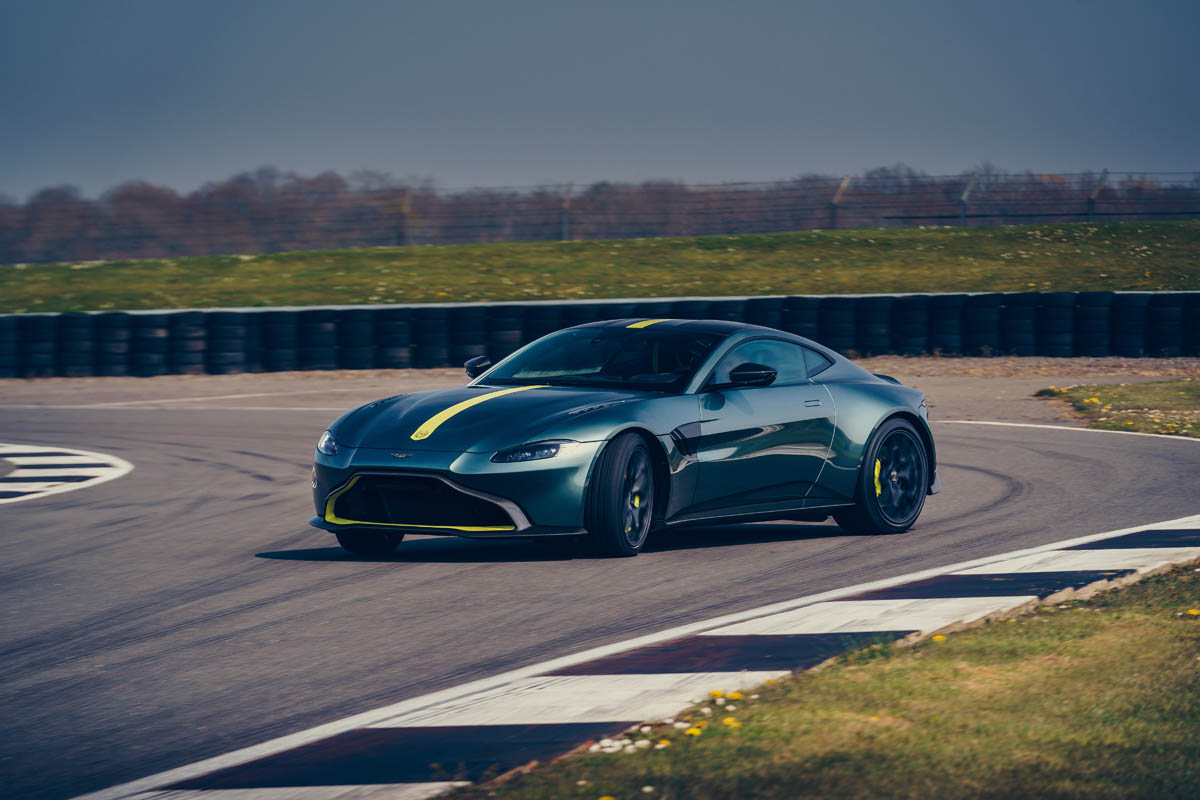 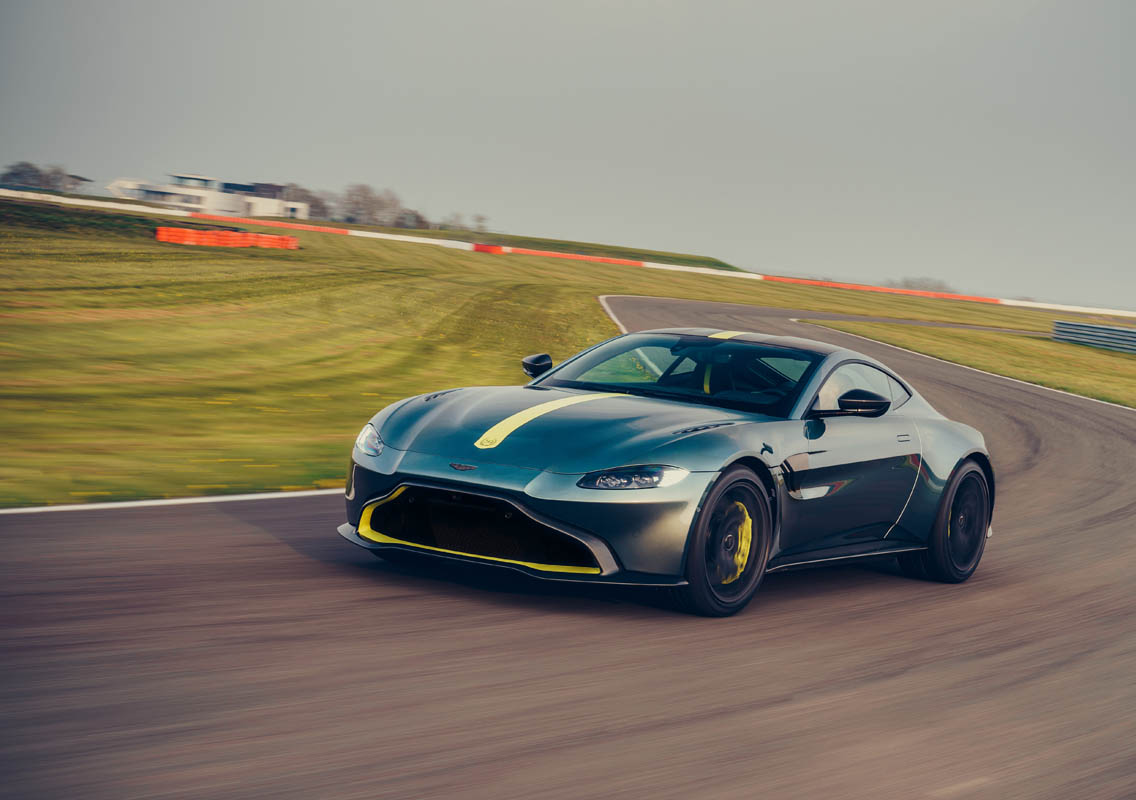 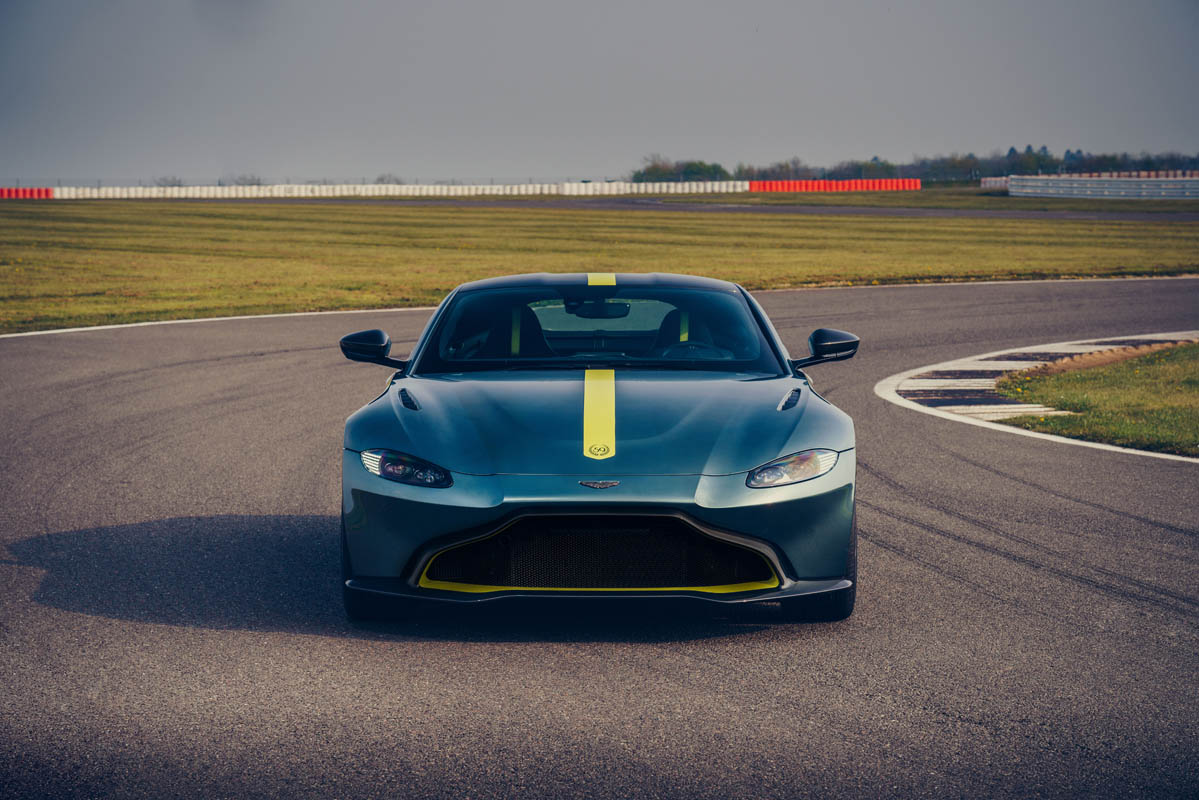