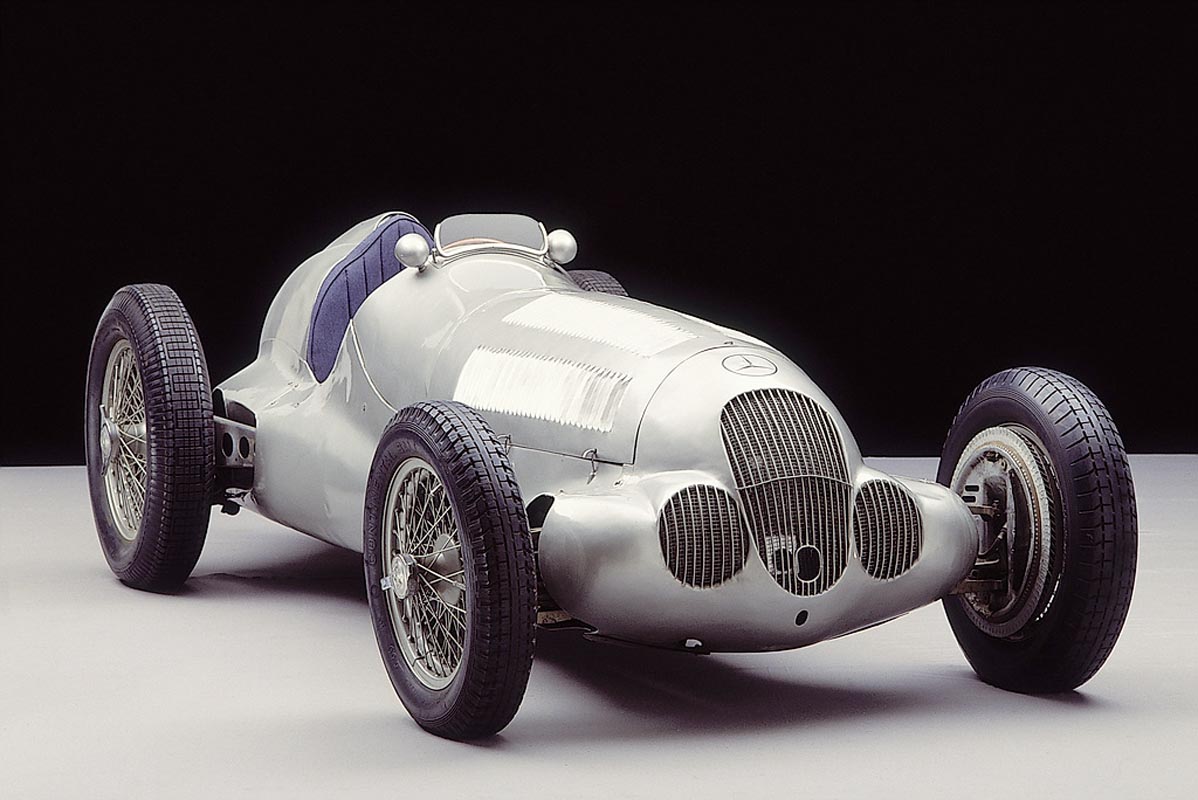 From July 23, 2022 to January 22, 2023, the Mercedes-Benz Art Collection will showcase some of its most top-class and arguably best-known treasures at the Petersen Automotive Museum in Los Angeles: the exhibition “Andy Warhol: Cars – Works from the Mercedes-Benz Art Collection” presents 27 screen prints on canvas and 13 drawings from Andy Warhol’s world-famous Cars series. In the pictures, the American pop artist uses eight selected Mercedes-Benz models to document the history of the automobile – from the Benz Patent Motor Car of 1886 to the C 111-II research car constructed in 1970. At the Petersen Automotive Museum – one of the largest automotive museums in the world – the works are on display together with five of the eight vehicles portrayed by Warhol – including the Mercedes-Benz Formula One racing car W 196 R with streamlined body, the Mercedes-Benz 300 SL “Gullwing” Coupé (W 198) and the Mercedes-Benz 750-kilogram formula racing car W 125.

Renate Wiehager, Head of the Mercedes-Benz Art Collection: “Since the highly acclaimed presentation at the Guggenheim Museum New York in 1988, Andy Warhol’s Cars series has been a guest in major museums around the world. We are very pleased that after more than 30 years, it will now be seen again extensively in the US. The name Warhol has a ‘mythical’ attraction in the context of art, as the visitor numbers to his exhibitions show. This is also true of the brand name Mercedes-Benz in its context, which – materialised in the symbol of the star – has a secure field of connotations: beautiful, fast, modern, luxurious, quality.”

Renata Jungo Brüngger, Member of the Board of Management of Mercedes-Benz Group for Integrity and Legal Affairs, is also responsible for the Mercedes-Benz Art Collection: “We are delighted to once again make these great pictures accessible to a broad international audience in the Los Angeles exhibition and thus contribute to the promotion of culture and education. Because that is precisely the point of our art collection: with our social commitment to culture and education, we want to create a recognizable benefit for the common good. Andy Warhol’s artworks have inspired people for generations – just like Mercedes-Benz vehicles. Two top brands meet in the Cars series.”

The Cars series: Legendary liaison between Andy Warhol and Mercedes-Benz

The series Cars is one of the last coherent groups of works by Andy Warhol before his death in February 1987. The artist created the series at the turn of the year 1986/87 on behalf of the then Daimler-Benz AG on the occasion of the 100th anniversary of the automobile. Originally, 80 pictures of 20 car models from eight different decades were planned, but only 36 screen prints on canvas and 13 drawings could be completed. To date, 30 screen prints and the drawings from the series are part of the Mercedes-Benz Art Collection. The works are accessible at the various Mercedes-Benz Group sites to employees and to public in registered guided tours.

Renate Wiehager: “Warhol saw himself as a partner of commissioning situations whose aim was to transfer a product into another context: into the context of art, into the context of the ‘Warhol aura’. However, such a product transfer succeeds above all when two products meet on the same plane. The commission alliance between Andy Warhol and Mercedes-Benz can be described as a stroke of luck on ‘equal terms’. Two top products have met here, each of which is absolutely ‘top’ in its field.”

In his Cars series, Andy Warhol devoted himself for the first time to an industrial product of European origin. After the “Coca-Cola Bottles”, the “Campbell’s Soup Cans” or the dollar bills that made the American famous in the 1960s, a brand legend of German automotive history is now the focus of his art. With the eight vehicle models portrayed, Warhol simultaneously shows the changeability and the historical character of a product. For Warhol’s earlier series with motifs from Campbell’s, Heinz or Del Monte, it was of central importance that the American products were deliverable everywhere and endlessly available. In Warhol’s paintings of the 1980s, this “now-temporality” transforms into an attitude that also allows for the past and development.

The Mercedes-Benz Art Collection was founded in 1977 and is today one of the most important European corporate collections with an international reputation. The collection includes around 3,000 works by more than 650 artists. The early interest, initially related to pictorial works, was directed at artists from Southern Germany. These included teachers and students of the Stuttgart Academy such as Adolf Hölzel, Oskar Schlemmer, Willi Baumeister, Hans Arp and Max Bill. In the meantime, the Mercedes-Benz Art Collection also includes international art and has a clear art-science-based profile. This is based on the systematic structure of the collection with a concentrated content focus on abstract-constructive, conceptual and minimalist art as well as contemporary photography and media art.

Exhibitions of the works in the company, at the Mercedes-Benz Contemporary at Potsdamer Platz Berlin and in international museums (New York, Detroit, Johannesburg, Tokyo, Singapore, Sao Paulo and Buenos Aires), enable the art-interested public to engage with the collection on a broad scale. In addition, the Mercedes-Benz Art Collection awards sponsorship prizes for young art and offers an accompanying educational programme for schoolchildren. The corporate collection places great emphasis on sustainable processes: for example, it shows thematic exhibitions at different locations and uses materials and technology for exhibition concepts in a multifunctional way. At the same time, it plans packaging and transport efficiently and for long-term use, and reduces travel distances where possible.

Tickets for the exhibition and more information about the Petersen Automotive Museum in Los Angeles are available at www.Petersen.org. 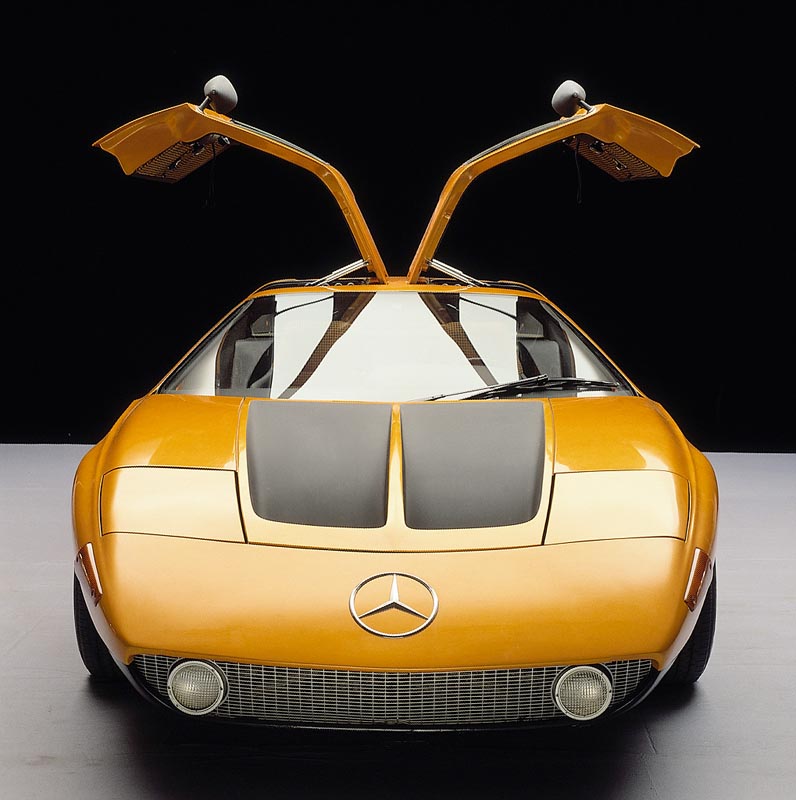