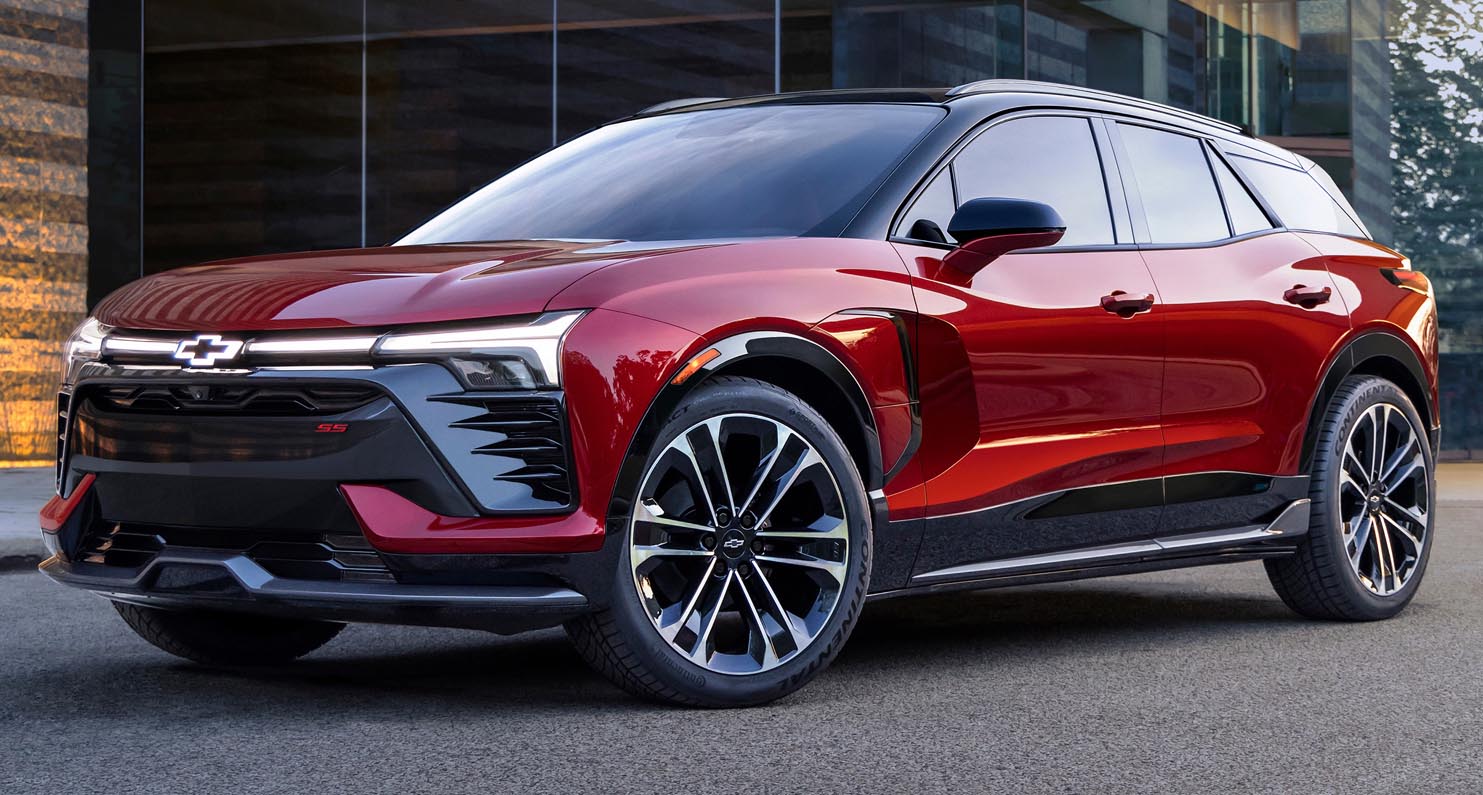 Chevrolet has released the first image of the Blazer SS EV’s and set schedule for its unveiling on July 18.

The first-ever electric Blazer was developed from scratch and offers a sophisticated blend of elegant design, high performance and modern technology.

The performance-oriented SS is nothing like the ICE-fueled model, and has a sporty front end with an illuminated bow tie. They are joined by a pronounced black “strip”, surrounded by what appear to be completely closed sockets.

On the sides we can see the gloss black livery and bodywork flow and other notable features include the plush windshield that flows into a gently sloping roof. The model also has dynamic side skirts, two-tone alloy wheels, and a flowing beltline.

Chevrolet hasn’t shown the rear end or released interior photos, but inside, we can expect a high-tech interior with a digital instrument cluster and a large infotainment system.

Chevrolet will release additional information next month, but the Blazer EV will ride on the Ultium platform and presumably have some similarities with the Cadillac Lyriq.

This luxury electric crossover will come with a 100 kWh battery pack powered by a rear-mounted electric motor with 254 kW/345 hp and 440 Nm of torque. This setup gives the Lyriq an estimated range of 502 km on a single charge.

The SS all-wheel drive will follow early next year with a twin-motor powertrain producing a combined power of about 373 kW / 507 hp. 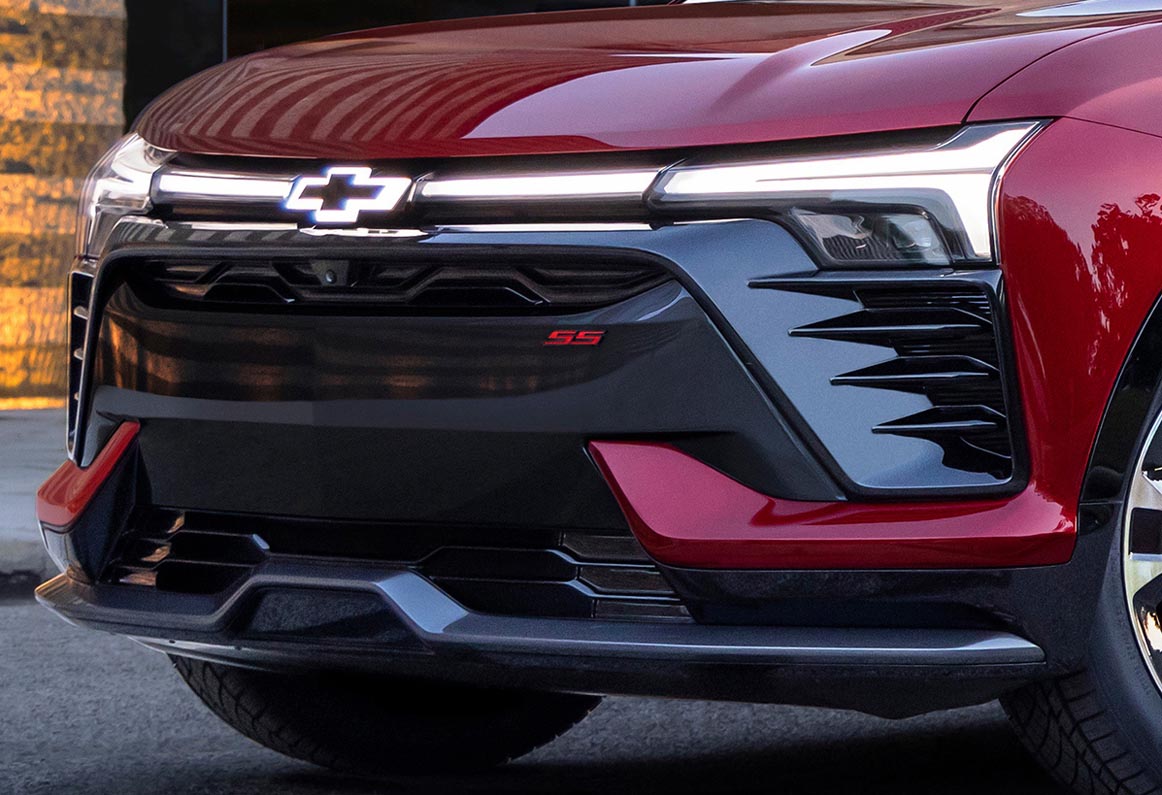 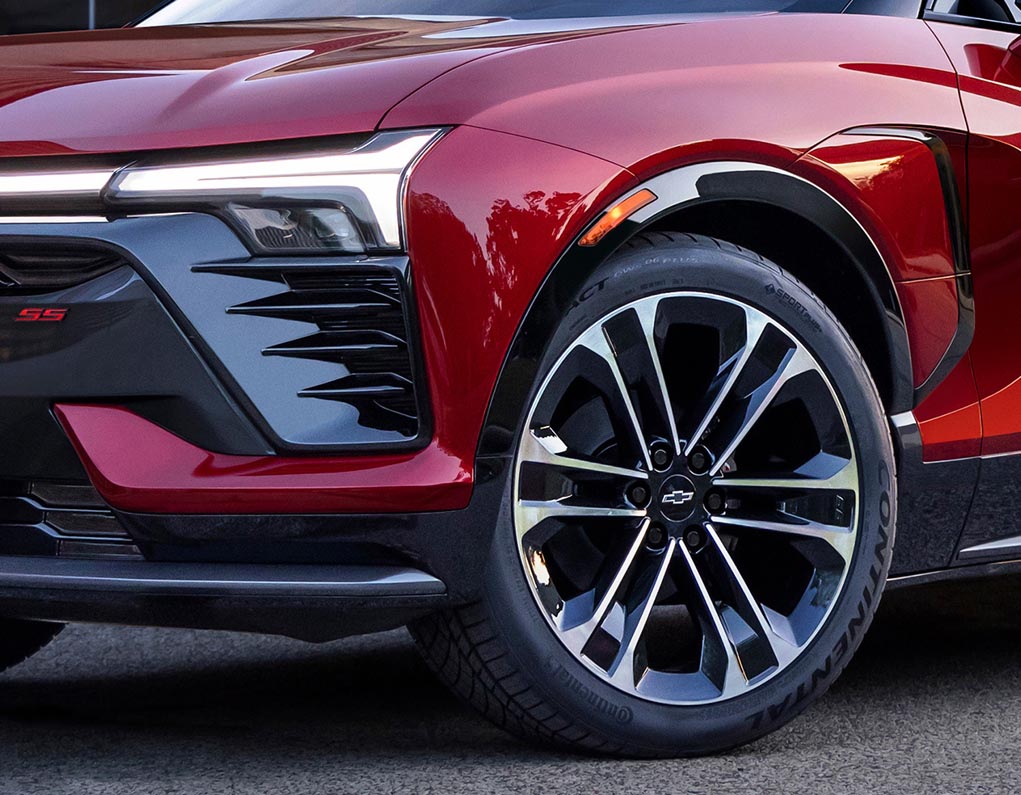 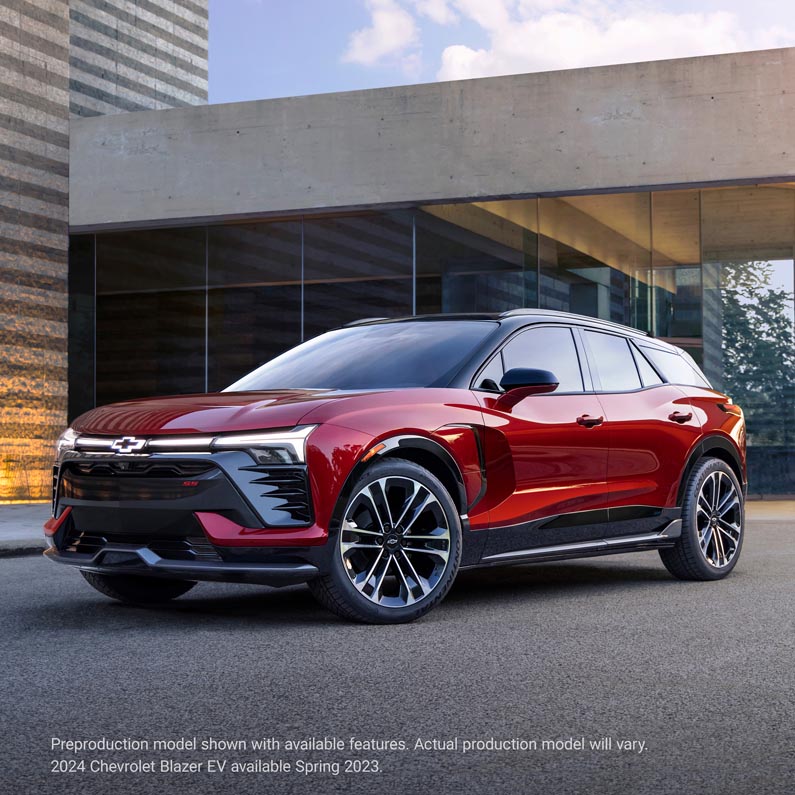 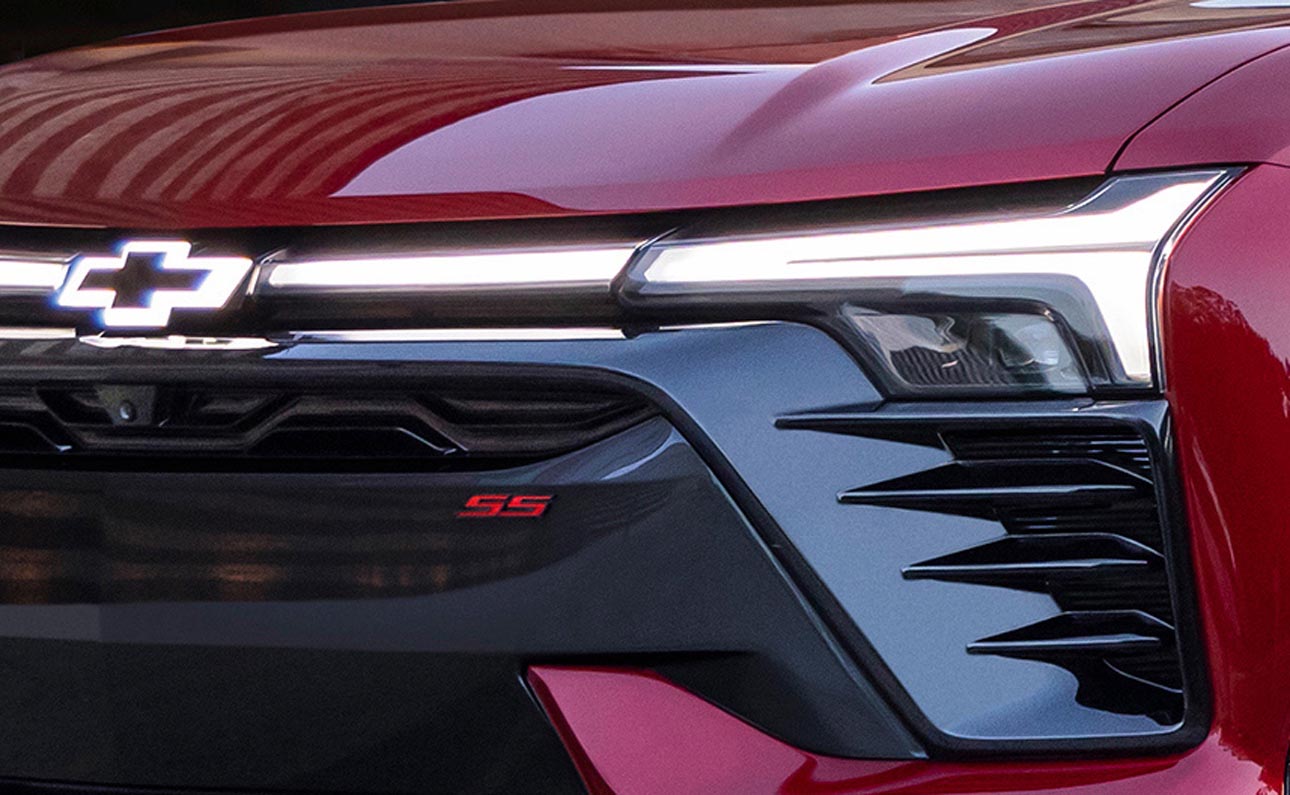 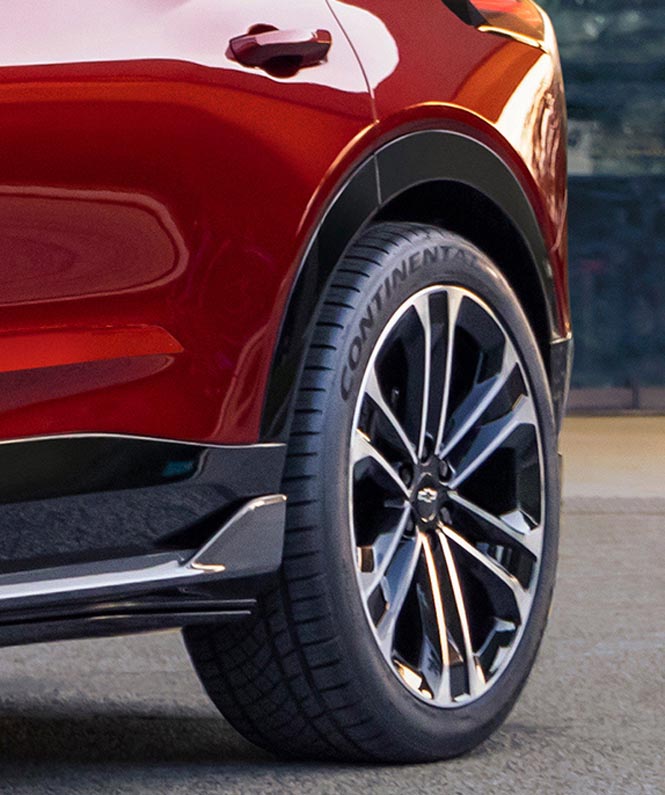 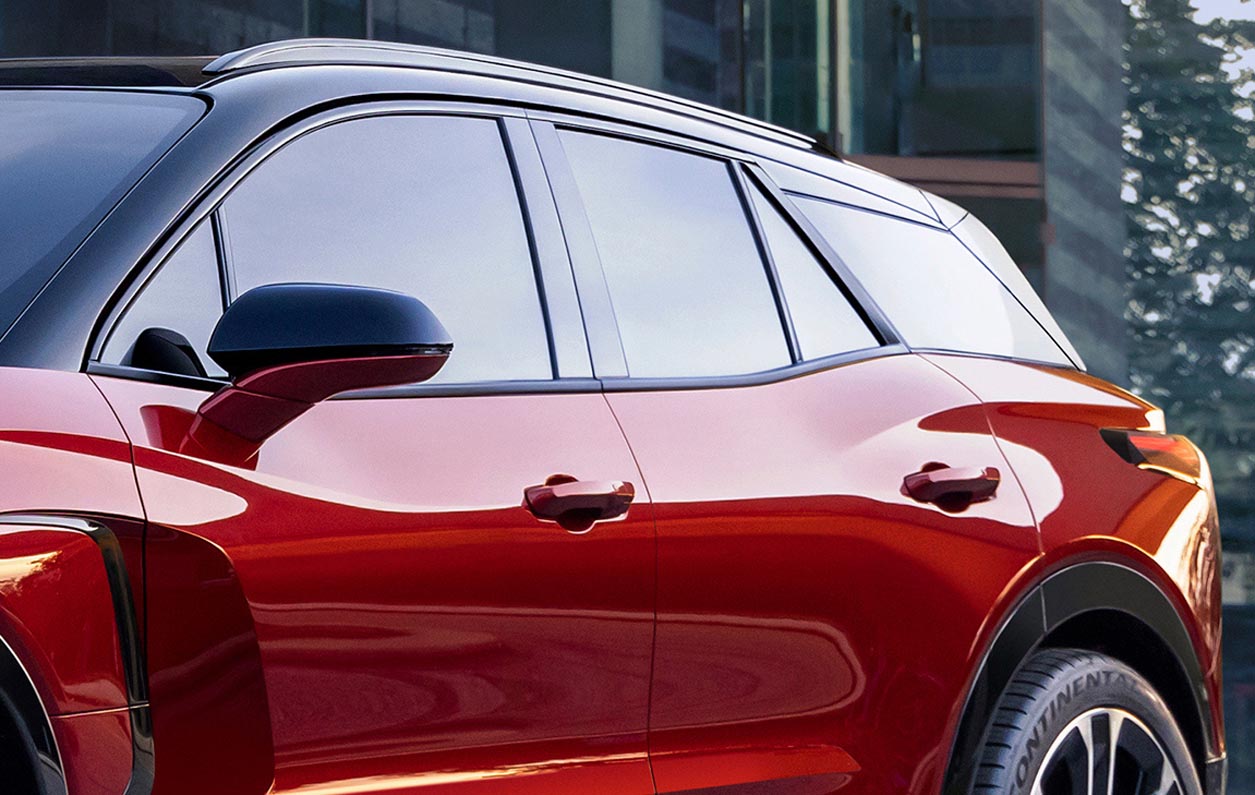