After A Two-Year Break: Mercedes-Benz Classic Takes To The Starting Line At The 1000 Miglia 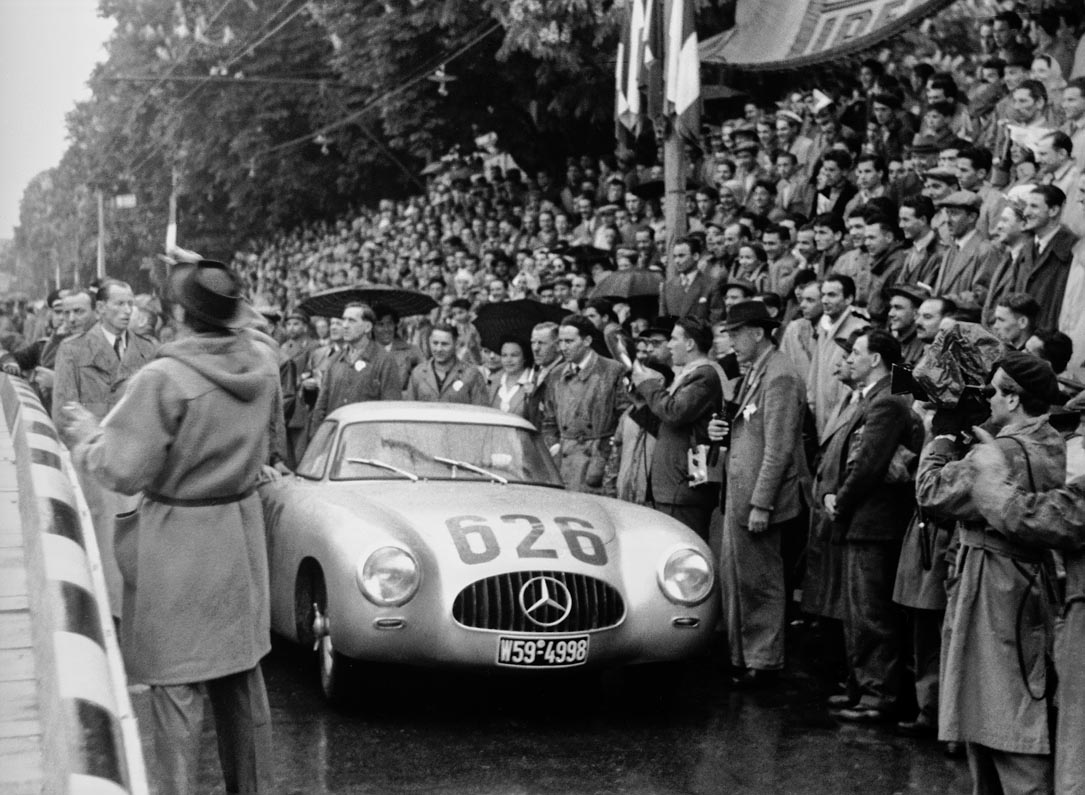 Mercedes-Benz is putting the SL at the centre of the 1000 Miglia of 2022. It is celebrating an anniversary there: 70 years ago, the Mille Miglia provided the arena for the premiere of the Mercedes-Benz 300 SL racing sports car (W 194), the first competition car newly developed by the Stuttgart brand after the Second World War. This year, Mercedes-Benz and Mercedes-AMG are bringing several historic and current SL models to the latest edition of the 1000 Miglia.

The new Mercedes-AMG SL (R 232) is the latest new edition of the icon. With a classic soft top and sporty character, it fits seamlessly into the brilliant history. At the same time, the luxurious Roadster as a 2+2 seater is particularly suitable for everyday use and puts its power down on the road with all-wheel drive for the first time. The comprehensive technology equipment includes highlights such as the AMG ACTIVE RIDE CONTROL suspension with active roll stabilisation, rear axle steering, the optionally available AMG ceramic high-performance composite brake system or the standard-fit DIGITAL LIGHT with projection function. In combination with the AMG 4.0-litre V8 biturbo engine, this results in a driving experience of the highest order. As a consistent Performance Luxury model, Mercedes-AMG in Affalterbach has developed the SL completely independently.

From 15 to 18 June 2022, around 400 vehicles will travel 1,600 kilometres through the most beautiful landscapes between Brescia and Rome. Hundreds of thousands of spectators are expected to line the route to celebrate the automobiles of the period from 1927 to 1957 – because only classic cars whose models have proven themselves in the original road race in this era are allowed to participate in the modern-day 1000 Miglia. In 2022, the rally, now called the 1000 Miglia, will be held for the 40th time.

Mercedes-Benz is once again involved in this high-quality classic event with some attractive sports cars. Racing drivers Ellen Lohr and Karl Wendlinger are taking their places behind the wheel, as is Marcus Breitschwerdt, Head of Mercedes-Benz Heritage since January this year. They will all be competing in 300 SL “Gullwing” cars (W 198). “I have already taken part in the 1000 Miglia four times and I am very happy that I can now experience this great adventure again in my new role,” says Breitschwerdt. The native of Stuttgart also wants to engage in a close exchange with the
Mercedes-Benz community at the top-class classic car rally. He is looking forward to discussions with fans of the brand and to input to further develop the historic core of Mercedes-Benz.

Mercedes-Benz has supported the 1000 Miglia for many years. “This special, challenging event and Mercedes-Benz as the oldest car manufacturer in the world and Automotive Heritage Partner of the 1000 Miglia complement each other perfectly,” emphasises Marcus Breitschwerdt. “Mercedes-Benz probably has the largest vehicle collection of any car manufacturer, a museum of world renown, Classic Centres in Germany and the USA, an exemplary spare parts supply and an immense number of official Brand Clubs with a total of 120,000 members worldwide.”

The history of the Mille Miglia, as it was originally called, is closely linked to Mercedes-Benz. The victory of Rudolf Caracciola and Wilhelm Sebastian in 1931, who were the first non-Italian team to win the Mille Miglia in the Mercedes-Benz racing sports car type SSKL (W 06 RS), is unforgettable. In 1952, the 300 SL racing sports car (W 194) made its debut in this thousand-mile classic. The vehicle took second and fourth places at the first attempt. John Cooper Fitch and Kurt Gessl won their class at the 1955 Mille Miglia in the series production version of the 300 SL (W 198). Also in 1955, Stirling Moss and Denis Jenkinson set a benchmark in a Mercedes-Benz 300 SLR racing sports car (W 196 S) that continues to thrill many motorsport fans to this day: the British duo covered the distance in ten hours, seven minutes and 48 seconds. This is an unbroken record with an average of almost 160 km/h over the 1,000 miles on a route which is only imperfectly closed off and which also leads over difficult mountain passes.

Today, the 1000 Miglia is no longer held as a race, but as a regularity event with numerous special stages – and still demands full concentration from the teams. On many sections of the route, some classics reach their performance limits. The fans on the side of the road are fascinated by the fact that they are witnesses to a race that, even without the extremes of yesteryear, has saved its exclusivity for the present. In 2022, the first section will run from Brescia via Sirmione on Lake Garda and Ferrara to Cervia-Milano Marittima on Wednesday 15 June 2022. On 16 June 2022, the stage from Cervia-Milano Marittima via San Marino and Norcia to Rome will take place. On the third day, 17 June 2022, the route heads from Rome via Siena and Viareggio to Parma. On 18 June 2022, the roadbook will take the teams back to Brescia via Monza and Bergamo.

In February 1954, the 300 SL series production sports car (W 198) celebrated its world premiere at the International Motor Sport Show in New York. The Coupé was called the “Gullwing” or the “Papillon” (butterfly) owing to its distinctive roof-mounted doors, which resembled a gull’s wings. However, they were not an aesthetic end in themselves, but actually technically necessary. This was because the tubular roll cage was so high at the sills that conventional door designs were simply not possible. The high-performance sports car was based on the legendary 300 SL racing sports car (W 194) from the 1952 season. The enhanced W 198 was the world’s first series production passenger car with a four-stroke engine and direct petrol injection. With an engine output of 158 kW (215 hp) – a good 25 per cent more than the carburettor-equipped racing version of 1952 – and a top speed of up to 250 km/h, the W 198 was among the top production sports cars of its time. This also made it predestined for sports use. One legendary triumph was the triple class victory of the 300 SL “Gullwing” in the 1955 Mille Miglia. John Cooper Fitch and his co-driver Kurt Gessl took fifth place in the overall classification in car number 417, which represented their starting time of 4.17 a.m., and led the field of series production sports cars with engines over 1.3 litres of displacement ahead of two other “Gullwings”. From 1954 to 1957, a total of 1,400 units of the 300 SL Coupé were built, 29 of them with an aluminium body.

Mercedes-Benz Classic Brand Ambassadors at the 1000 Miglia in 2022

Ellen Lohr
Date of birth: 12 April 1965
Mercedes-Benz Band Ambassador Ellen Lohr came to motorsport via karting, in which she was active from 1979 to 1983. Her greatest successes were participating in the Junior Kart World Championship and claiming a first-place title in the North-West German Kart Championship. After competing in the German Formula Ford 1600 series (German Champion in 1987) and first races in the DTM (BMW) and the German Formula 3 Championship with VW in 1989/90, she was signed up by the AMG-Mercedes team for the German Touring Car Championship. Ellen Lohr is the first and to date only woman to claim a DTM victory, which she achieved in May 1992 at the racing festival in Hockenheim in an AMG Mercedes 190 E 2.5-16 Evolution II. For the 1995 season, she joined the Mercedes-Zakspeed team, and in 1996 drove for the AMG-Mercedes Persson MS team. In 1997, she competed in the European Truck Racing Championship at the wheel of a Mercedes-Benz racing truck. After that, Lohr remained active in numerous other racing series.

Karl Wendlinger
Date of birth: 20 December 1968
From 1990 to 1991, the Austrian was part of the Mercedes-Benz Junior Team alongside Michael Schumacher and Heinz-Harald Frentzen and competed with great success for the Sauber-Mercedes team in the World Sports Car Championship. In 1994, he also drove for the Sauber-Mercedes team in Formula One together with Heinz-Harald Frentzen. His promising career was curtailed by a serious accident at the 1994 Monte Carlo Grand Prix. Karl Wendlinger started his career in motorsport at the age of 14 in karting. In 1989, he won the German Formula 3 Championship ahead of Frentzen and Schumacher. His most important successes on the racetrack include winning the 1999 FIA GT Championship, first place at the 24 Hours of Le Mans in the GTS class, also in 1999, overall victory at the 24 Hours of Daytona in 2000 and second place at the 24 Hours of Nürburgring in 2003. From 2004 to 2011, Karl Wendlinger drove for different teams in the FIA GT Championship. Since then he has passed on his extensive knowledge as an instructor in Mercedes-AMG driving training courses and is active as a Brand Ambassador. 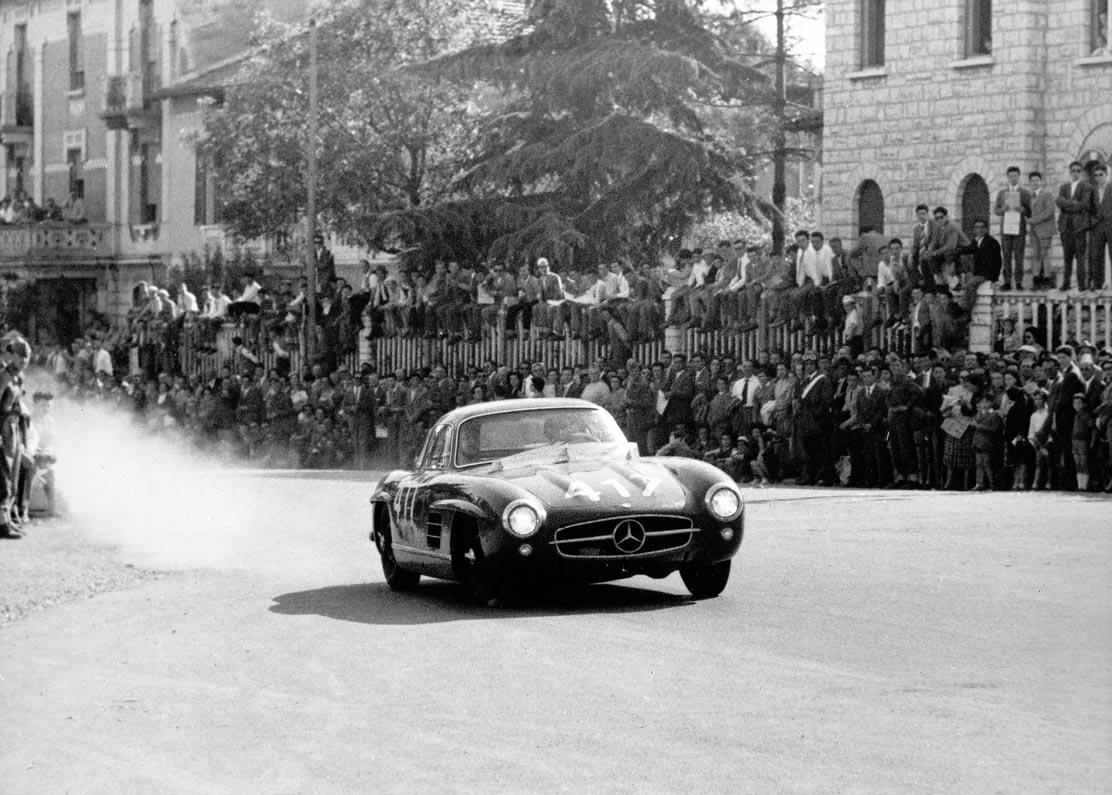 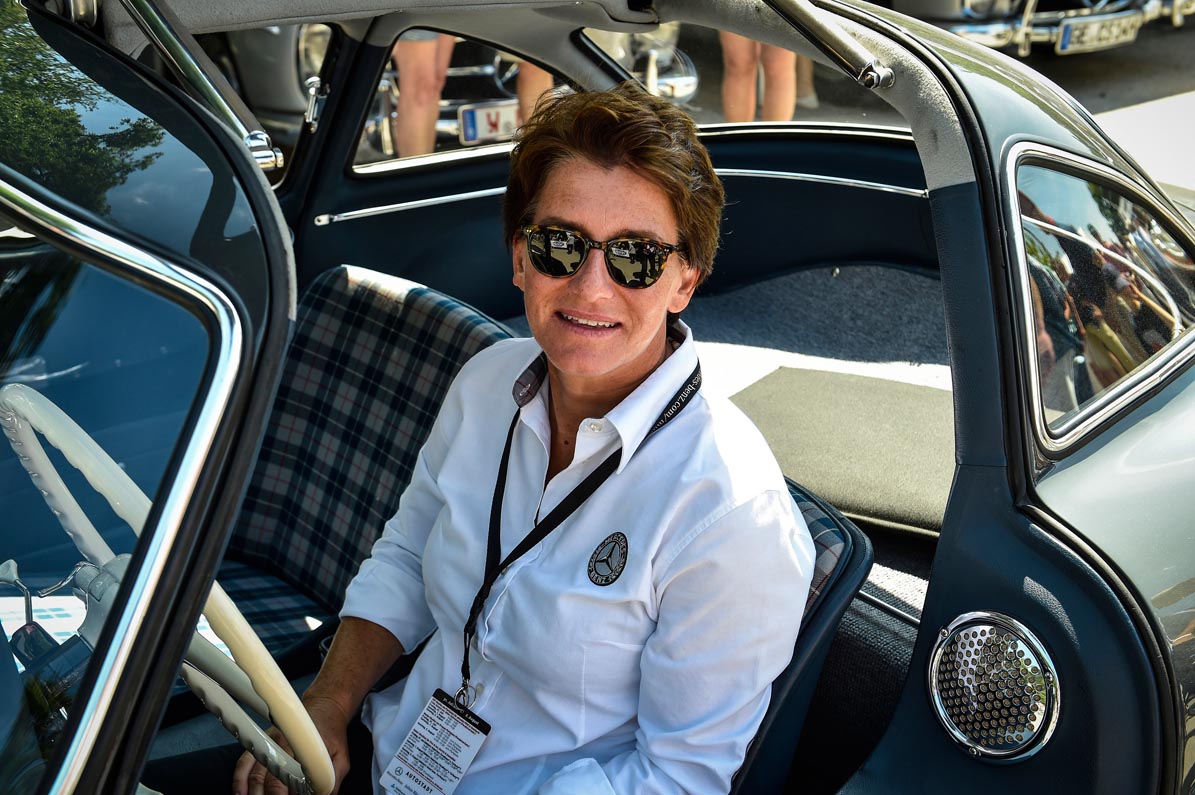 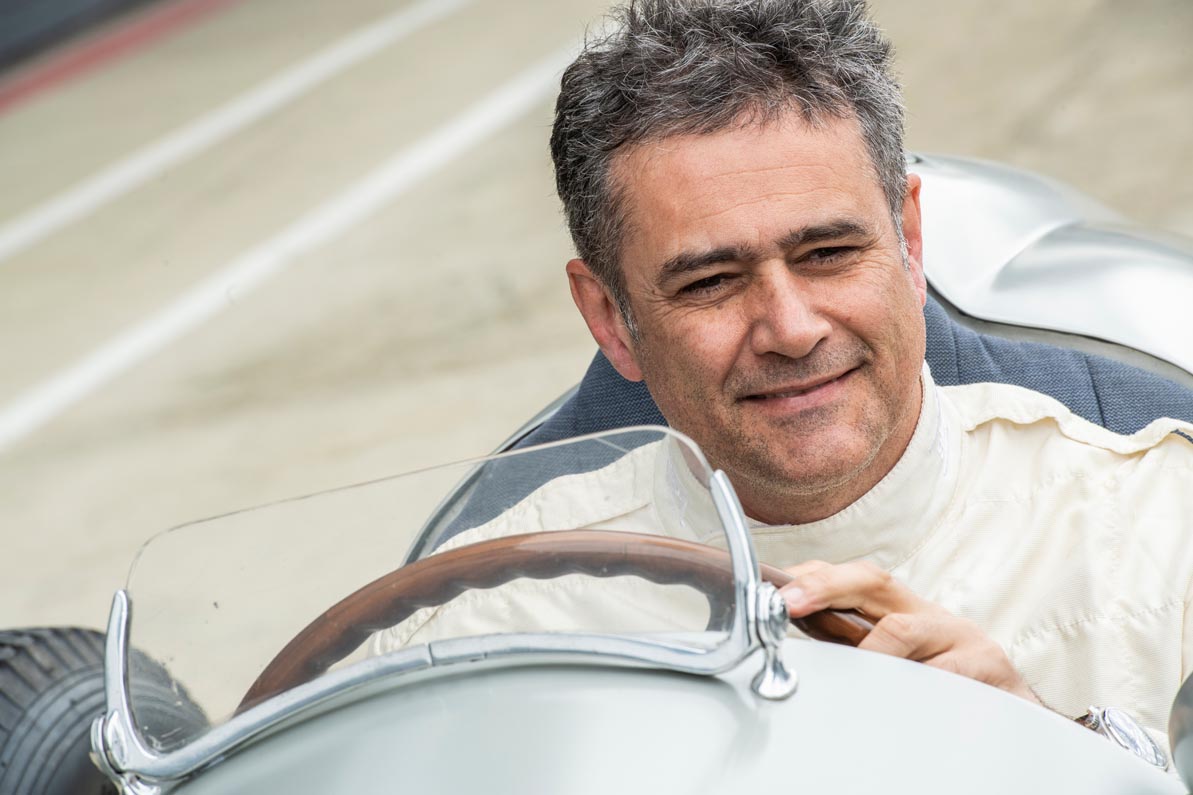 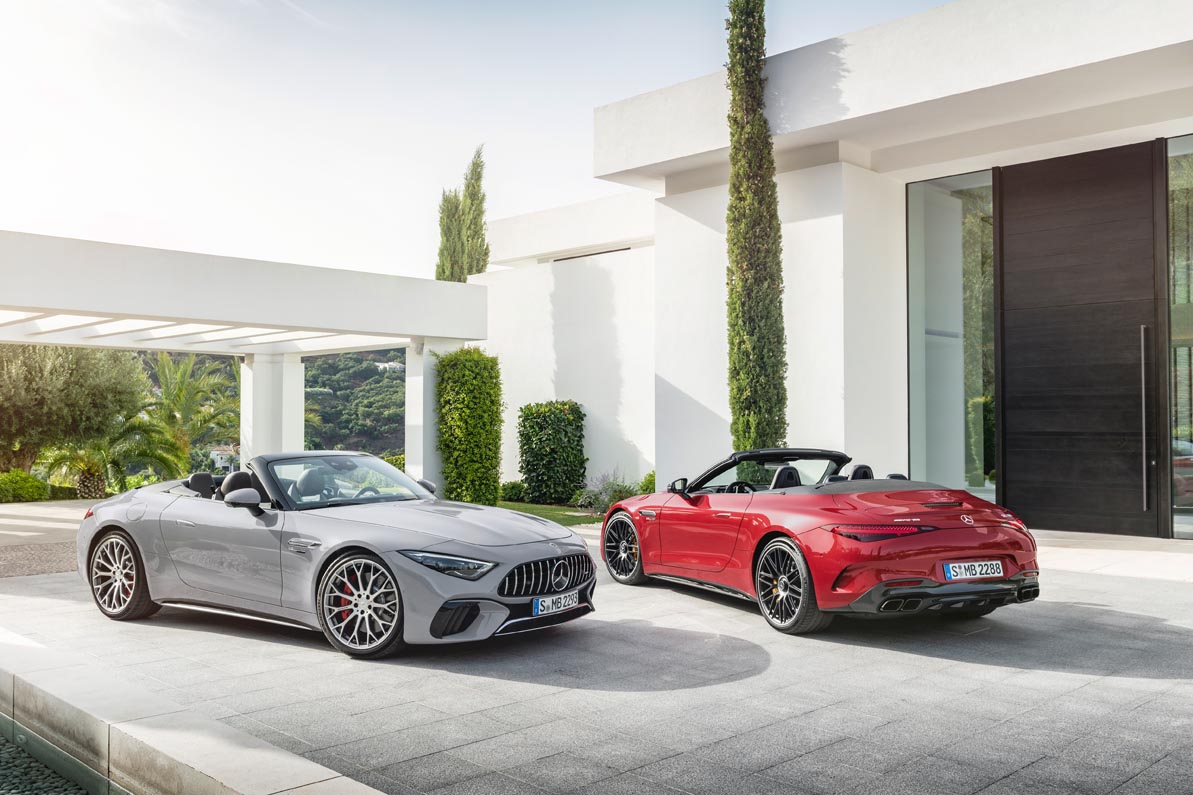 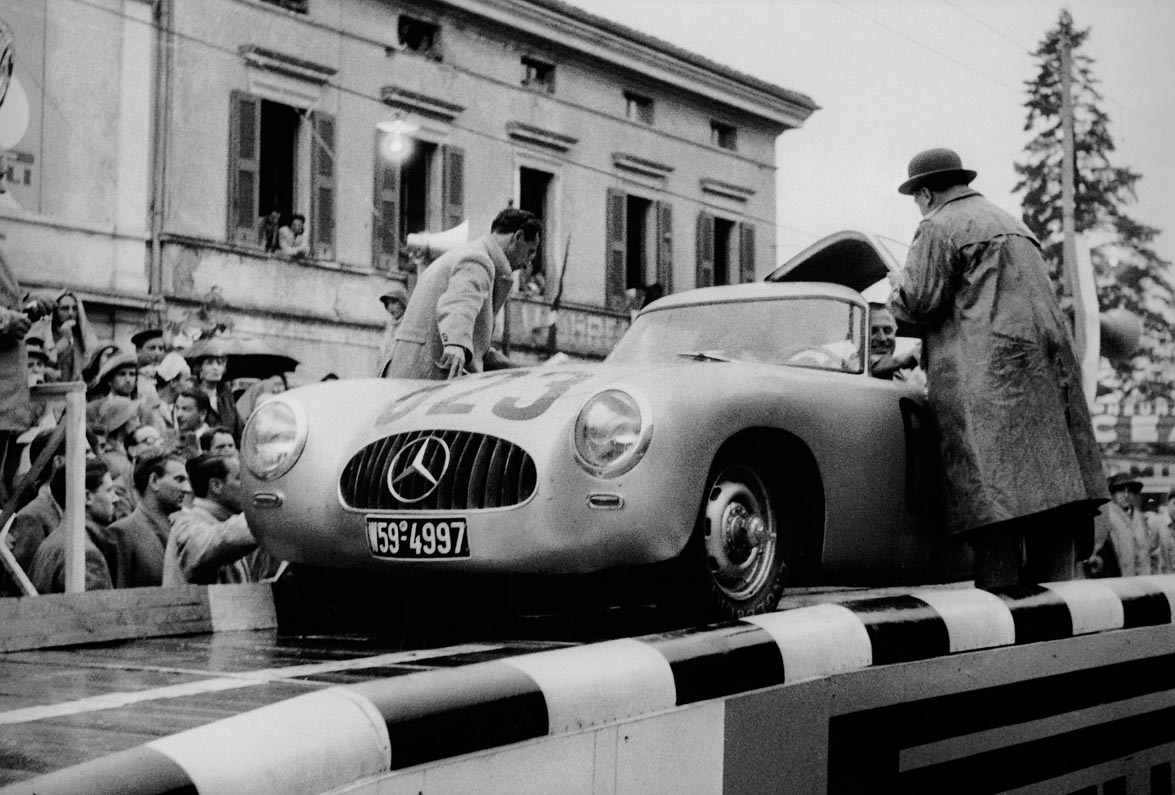