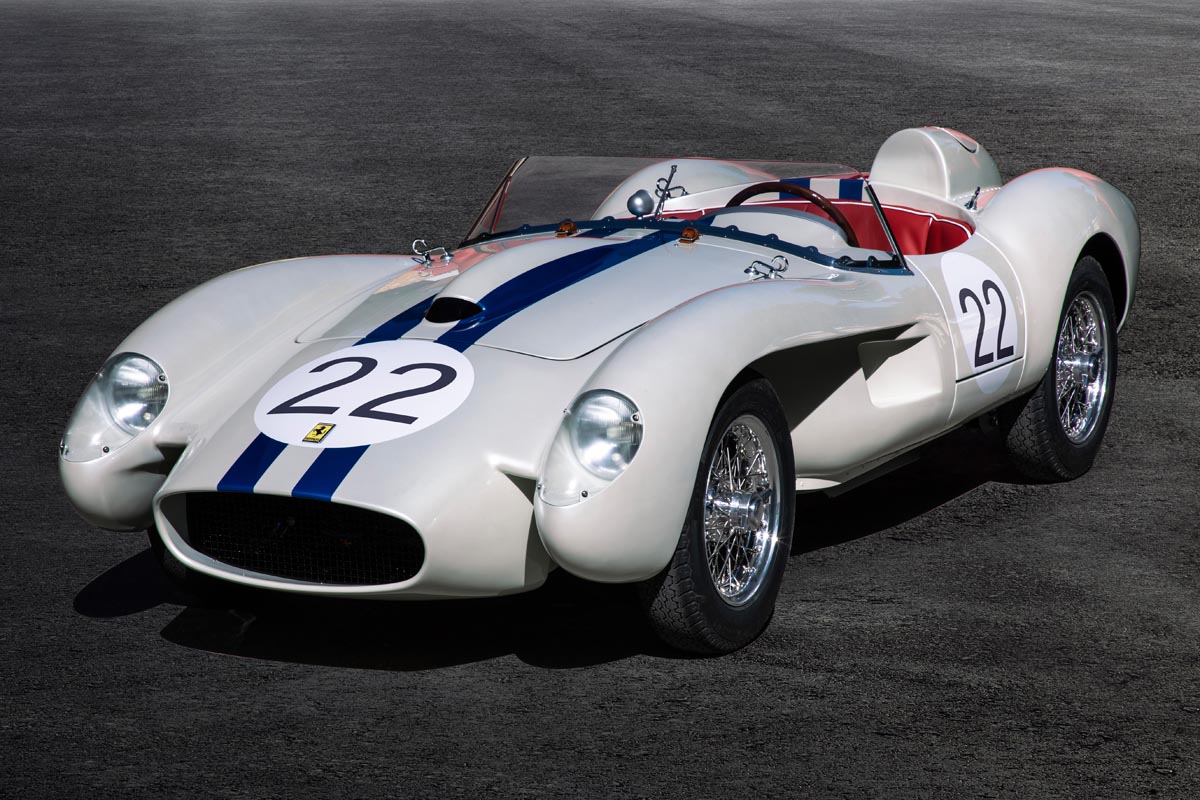 The 2022 Pebble Beach Edition Ferrari Testa Rossa J, a 75% scale replica of the 1958 Le Mans 24 Hours 250 Testa Rossa – “Lucybelle II” – will be sold at the Silver Anniversary Bonhams Quail Lodge Auction, taking place later this month. The Testa Rossa J is a limited-edition replica of the renowned classic, which is powered by an electric engine and is a faithful reproduction of one of the most iconic and successful cars in Ferrari and motorsport history. This will be the first Testa Rossa J to ever appear at auction, allowing the successful bidder to jump the year-long wait list.

Strictly limited to 299 vehicles, Ferrari has led every aspect of the project, working in collaboration with The Little Car Company, the UK-based firm specialising in the production of officially licensed scaled cars. Developed and handcrafted using the original drawings, supplied by the Ferrari Classiche department, that have been scanned and digitally recreated, along with design oversight from Ferrari’s Centro Stile, each Testa Rossa J is made with hand-beaten aluminium panels, paying homage to every aspect of the original 250 Testa Rossa, including the iconic “pontoon fenders”.

This particular example, a one-of-one special edition, commemorates “Lucybelle II” (chassis 0732TR), which was the car raced by US driver Ed Hugus – a Pebble Beach resident – and Ray “Ernie” Erickson at the 1958 Le Mans 24 Hours under the race number ‘22’. Donning the original paint scheme of Bianco Cervino with blue stripes, with the accompanying number ‘22’, this will be the only Ferrari Testa Rossa J globally to hold this livery.  The car also boasts period correct racing lights, with “Lucybelle II” handpainted on one side of the car and the United States of America flag handpainted on the other.

Ferrari and The Little Car Company have ensured the product is as true to its predecessor as possible. Original features, which have been passed over, include the same steering and suspension geometry, giving it authentic handling. It also has re-proportioned wire wheels that match the original’s Borrani alloys and are wrapped in Pirelli Cinturato tyres for complete authenticity.

On every element of the car, the attention to detail is unparalleled, taking inspiration from the craftsmanship of the original Ferrari 250 Testa Rossa. The paint is the same as that applied to Ferrari’s current road car range, as is the front badge. The front lights, the rear brake lights and horn are fully working. 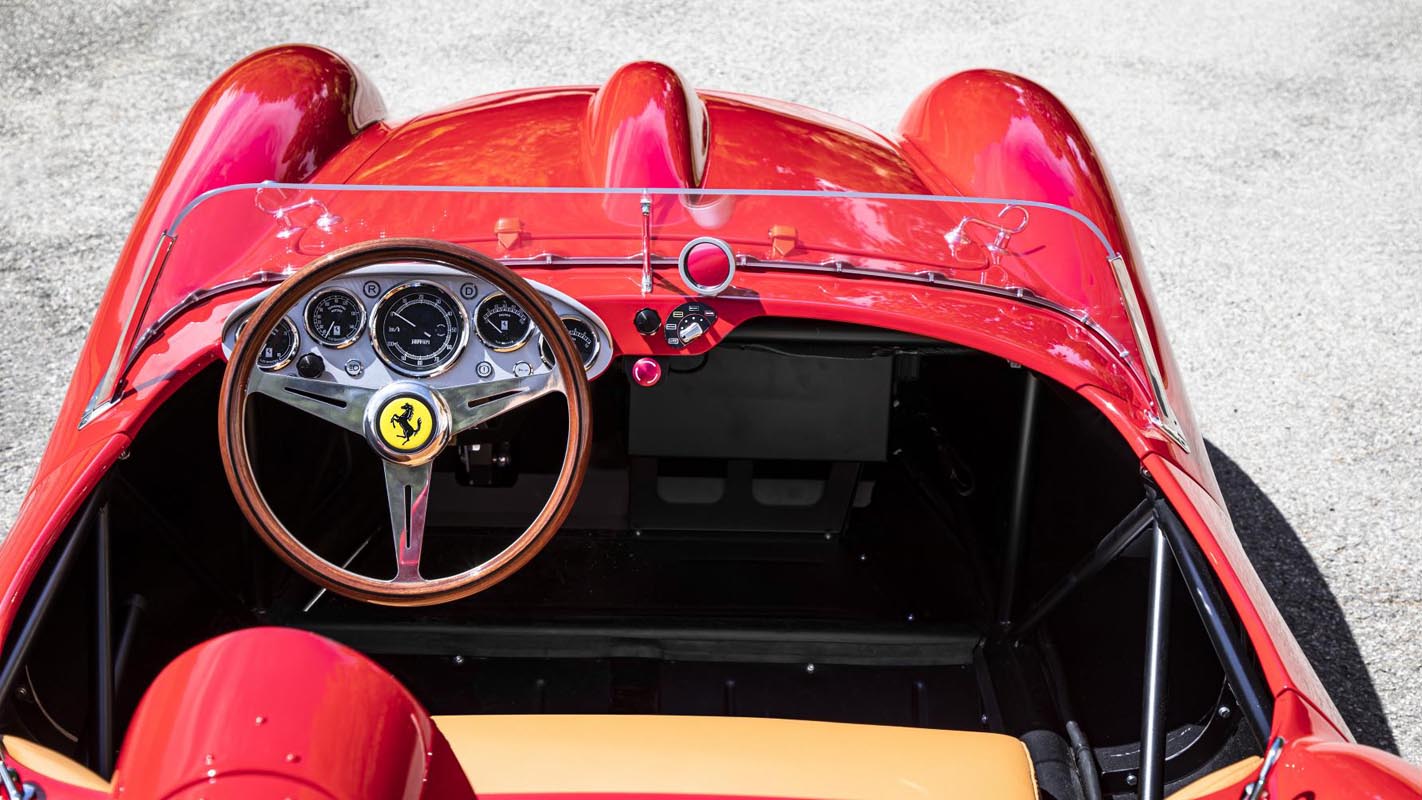 Inside, the car is just as exquisite and pays attention to every detail. Commemorated with a plaque on the dashboard denoting it as a “1 of 1 – 2022 Pebble Beach Edition”, this example is a brand-new car offered to the 2022 Bonhams Quail Lodge Auction. Trimmed in sumptuous red leather from the same tanneries that supply Ferrari for their road cars, the seats are made to match the original “Lucybelle II” Testa Rossa, down to the white piping. The transmission tunnel has been removed and the two original seats are replaced with seating that can accommodate an adult and junior. The steering wheel is supplied by Nardi, like the steering wheel of the original car, with the world’s smallest quick-release steering wheel system, developed to facilitate easy entry into the car for the driver. Meanwhile, the classic dials have been remastered and repurposed for their new role in an electric car but retain the original design and fonts. The oil and water gauges monitor the battery and motor temperatures, while the fuel gauge is now the battery gauge, and the tachometer has become the speedometer. There is even a power gauge which also shows the level of regenerative braking being deployed.

Next to the instruments is the beautifully designed Manettino, inspired by that used in the Ferrari 812 Superfast, which allows the driver to change the driving mode of the car. To cater for drivers of all abilities and ages, four driving modes have been carefully developed to make the driving experience as safe as possible:

As a nod to the current generation of road cars, the pedals are from the F8 Tributo and the tyres are supplied by Pirelli, Ferrari’s official technical partner, fitted on the handmade 12-inch wire wheels. Suspension is taken care of with Bilstein coilover dampers and custom springs which were fine-tuned and signed off by Ferrari’s test divers at the Fiorano test track in Maranello.

The three batteries powering the electric engine are positioned at the front of the car, and provide approximately 90 km range, depending on driving style. The batteries are accessed under the front bonnet, while the car can also be charged where the fuel cap previously resided.

Ben Hedley, CEO of The Little Car Company, said: “The Little Car Company are honoured to be able to support The Pebble Beach Company Foundation at this year’s Bonhams Quail Lodge Auction, with the sale of the 2022 Pebble Beach Edition Ferrari Testa Rossa J, “Lucybelle II”. As one of the most respected and highly regarded events on the motoring calendar, we are proud to be able to offer this wonderful tribute and are very excited to see this one-of-one car raise funds for a worthy cause.

“This beautiful Testa Rossa J is a perfect example of the phenomenal detail and handcraftsmanship that our team devote into manufacturing these stunning cars.” 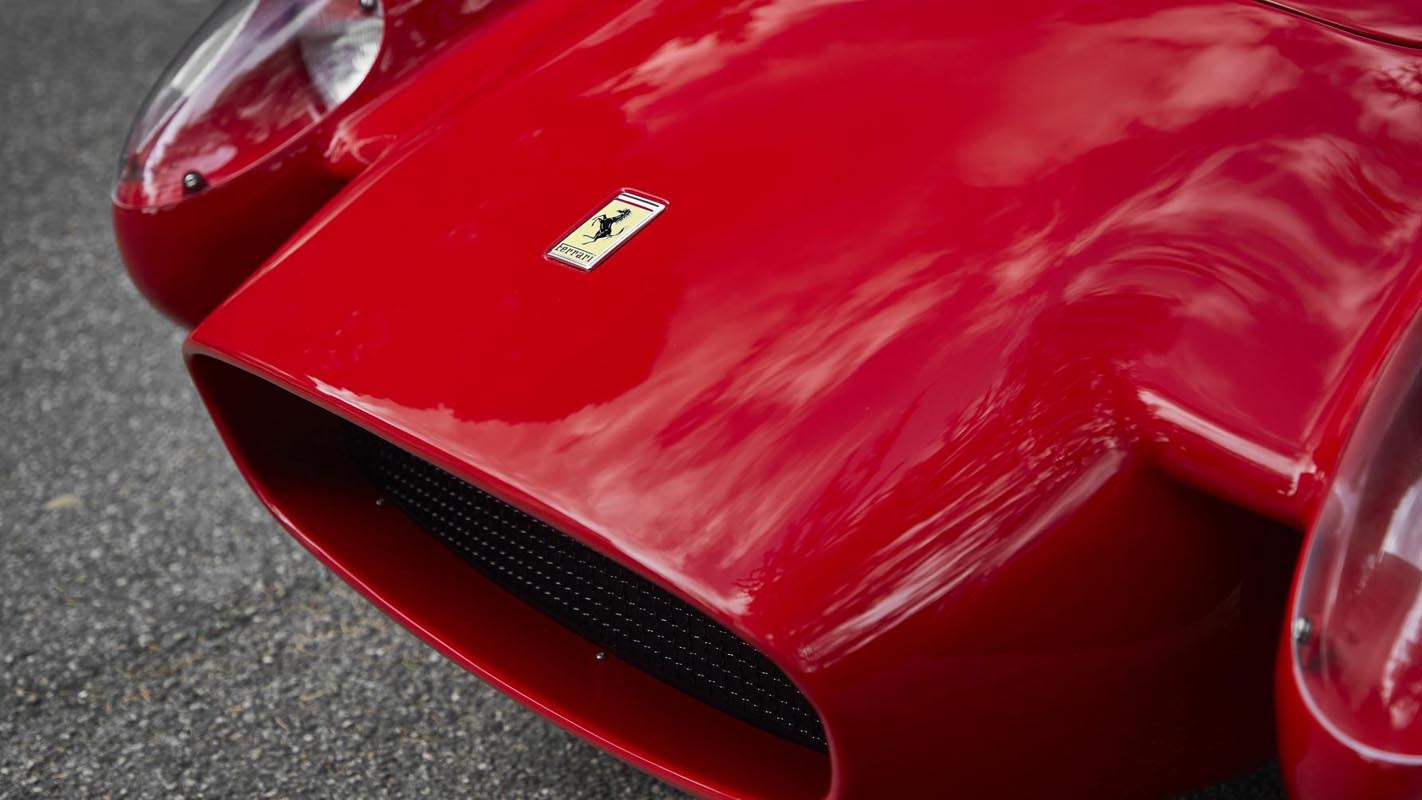 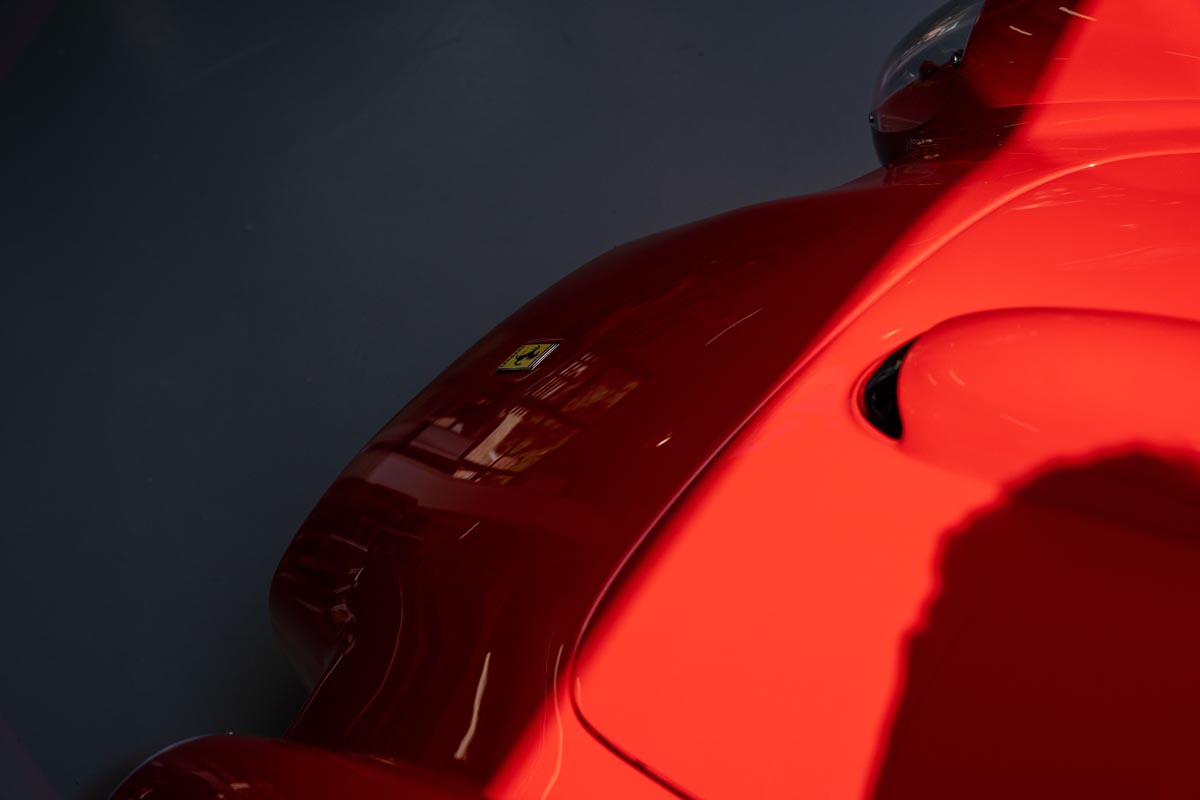 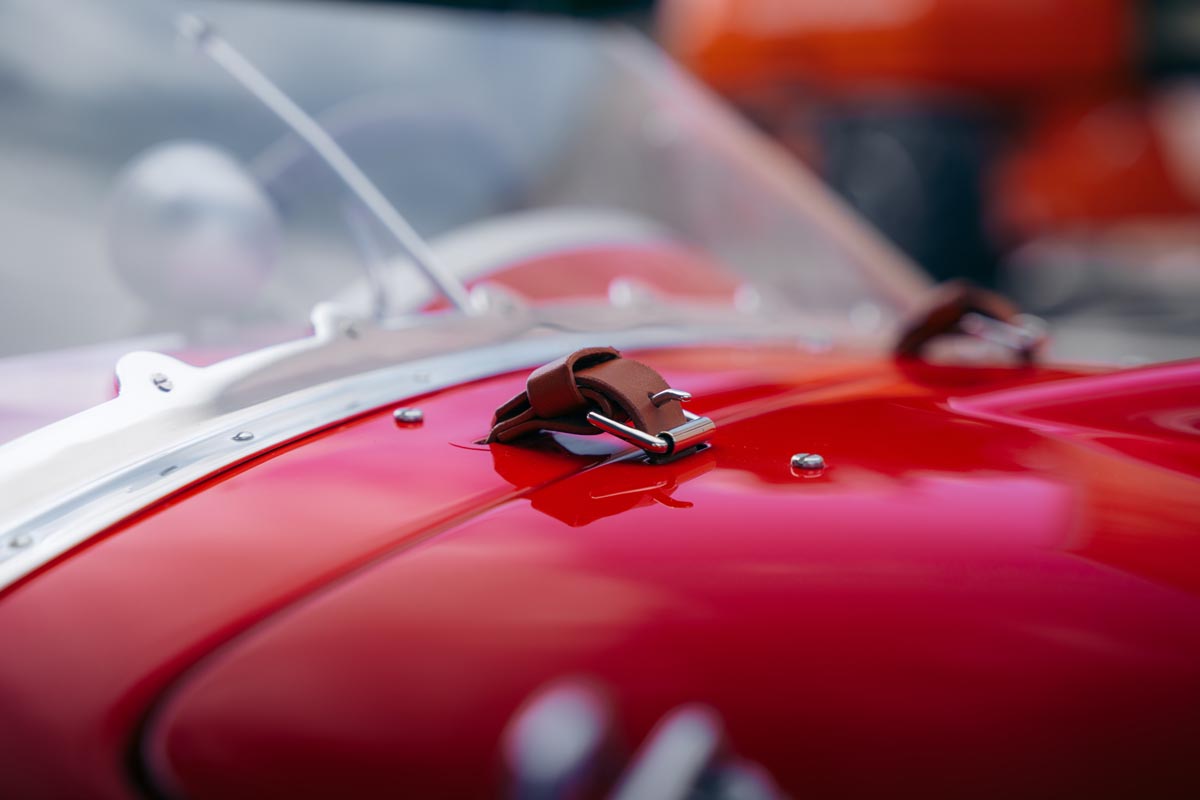 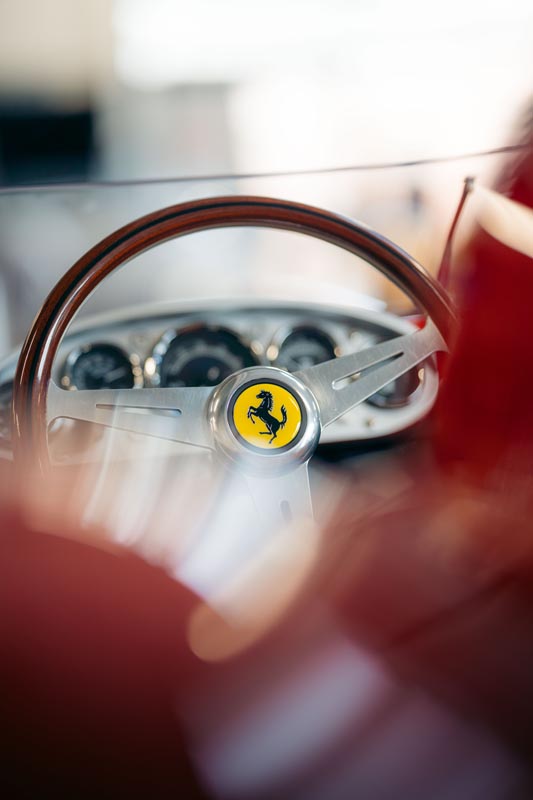 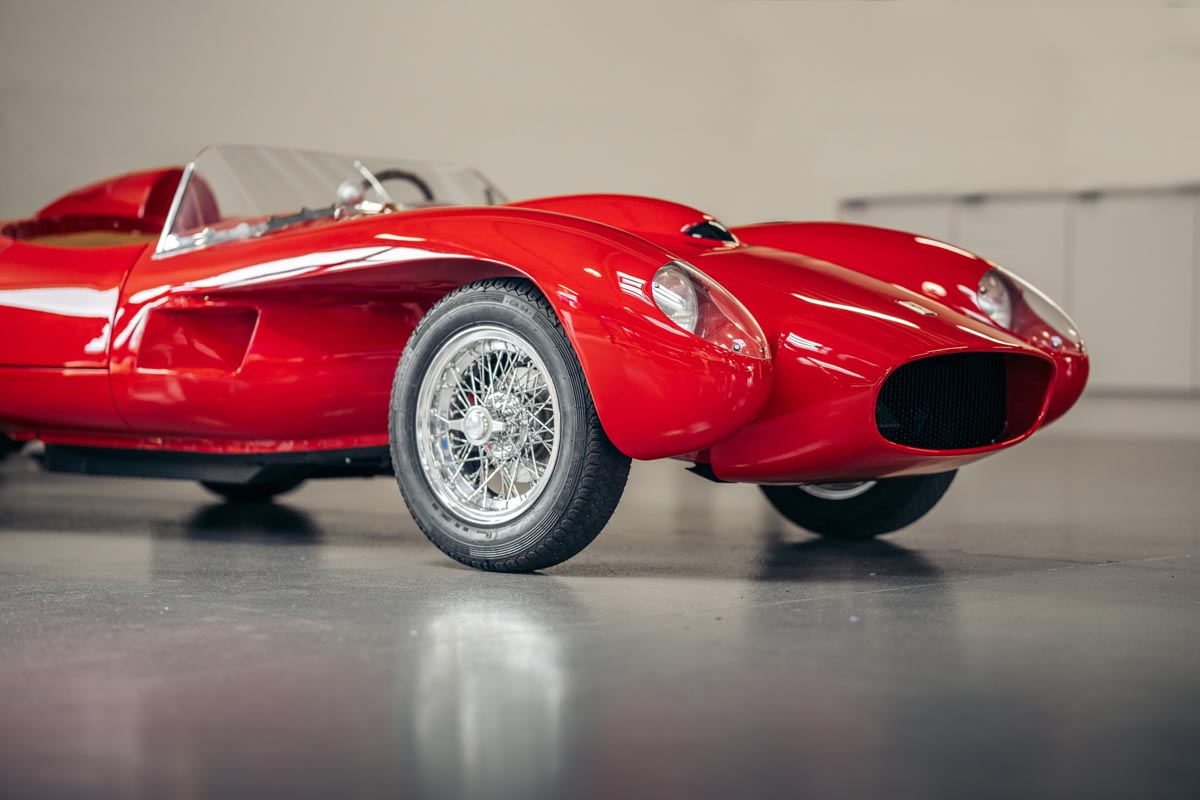 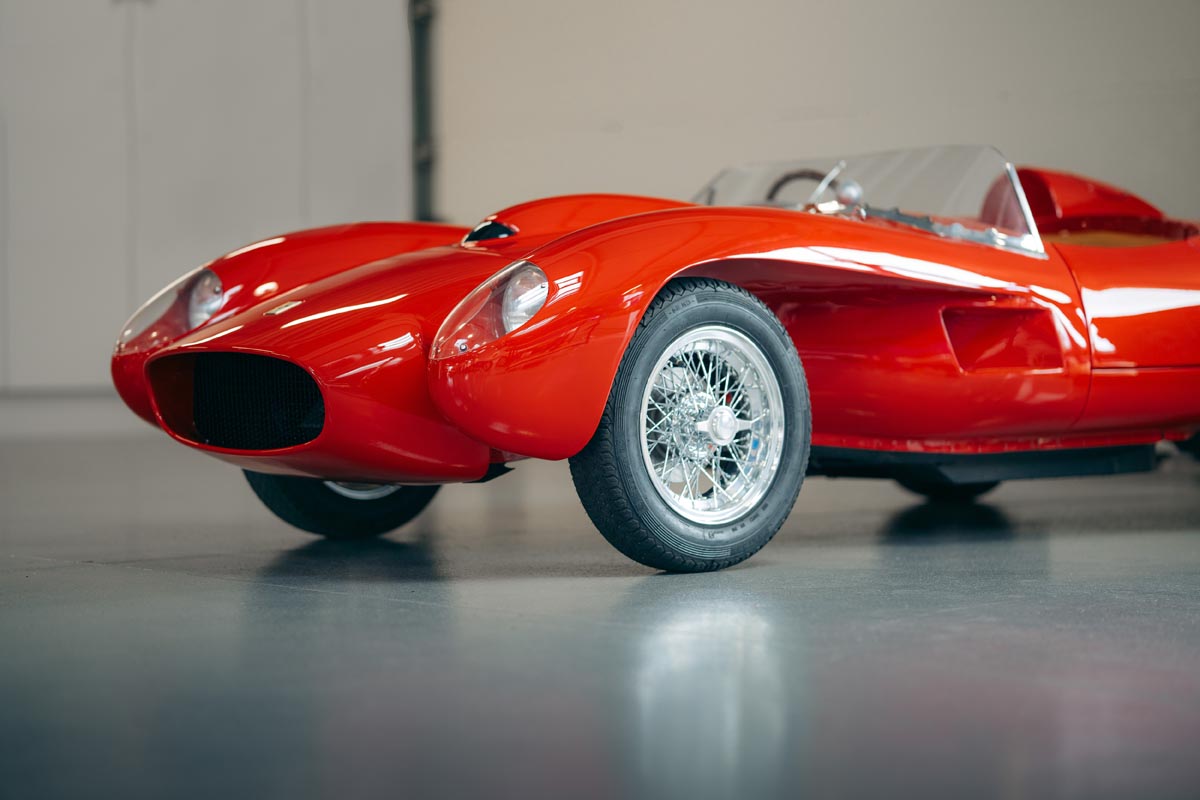 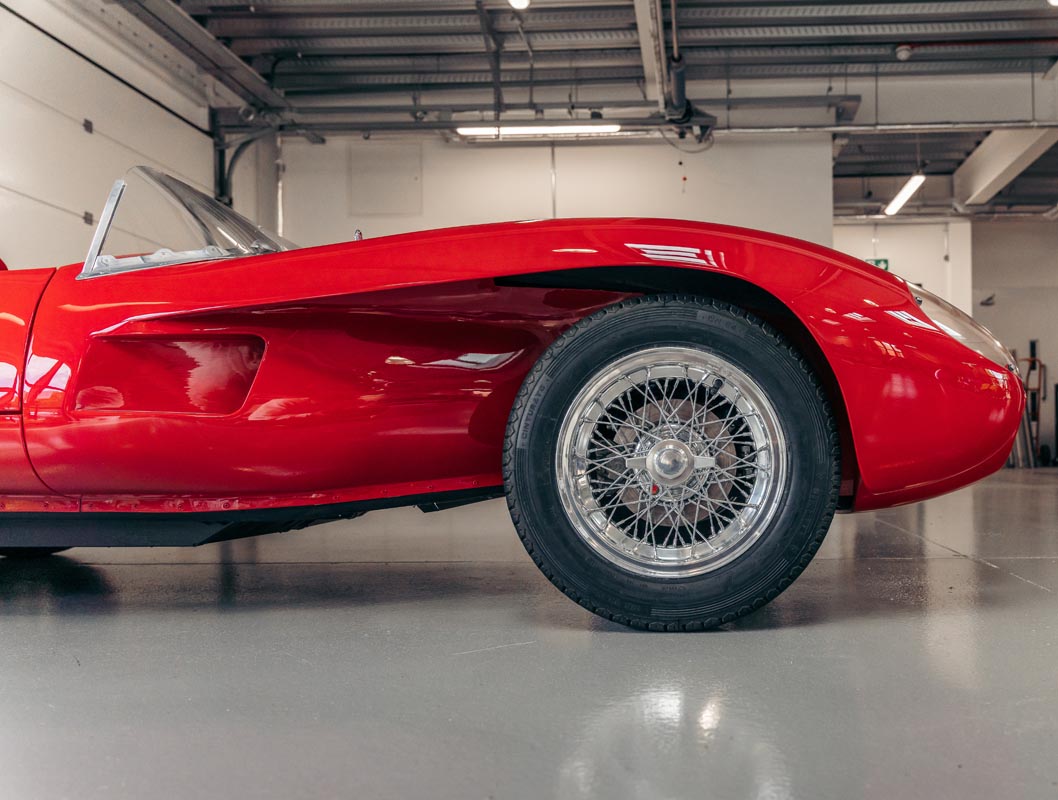 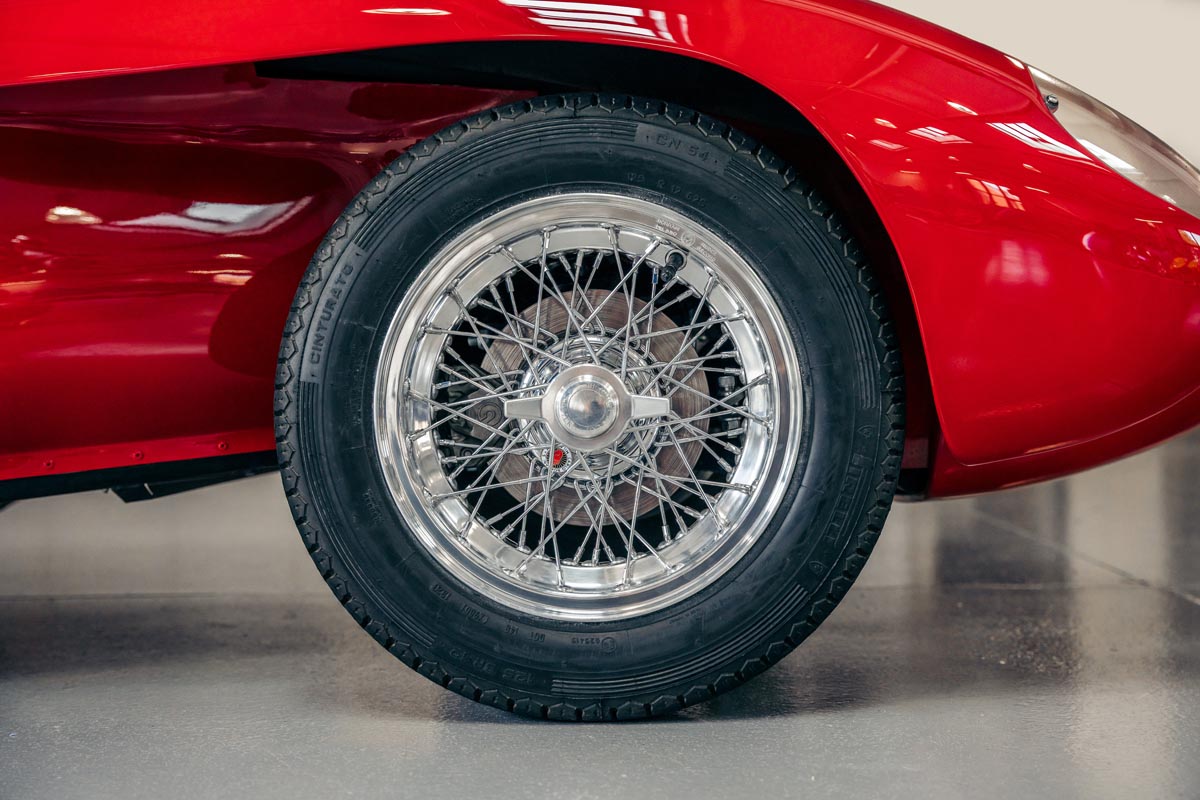 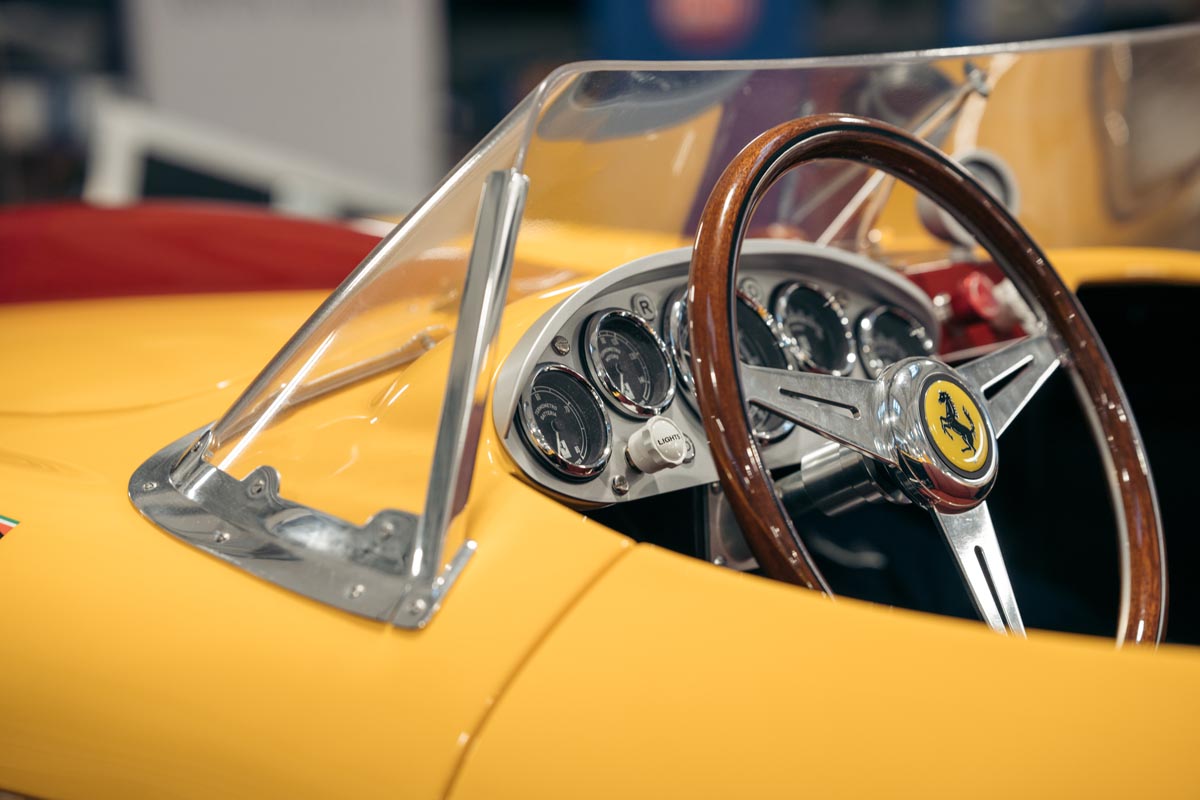 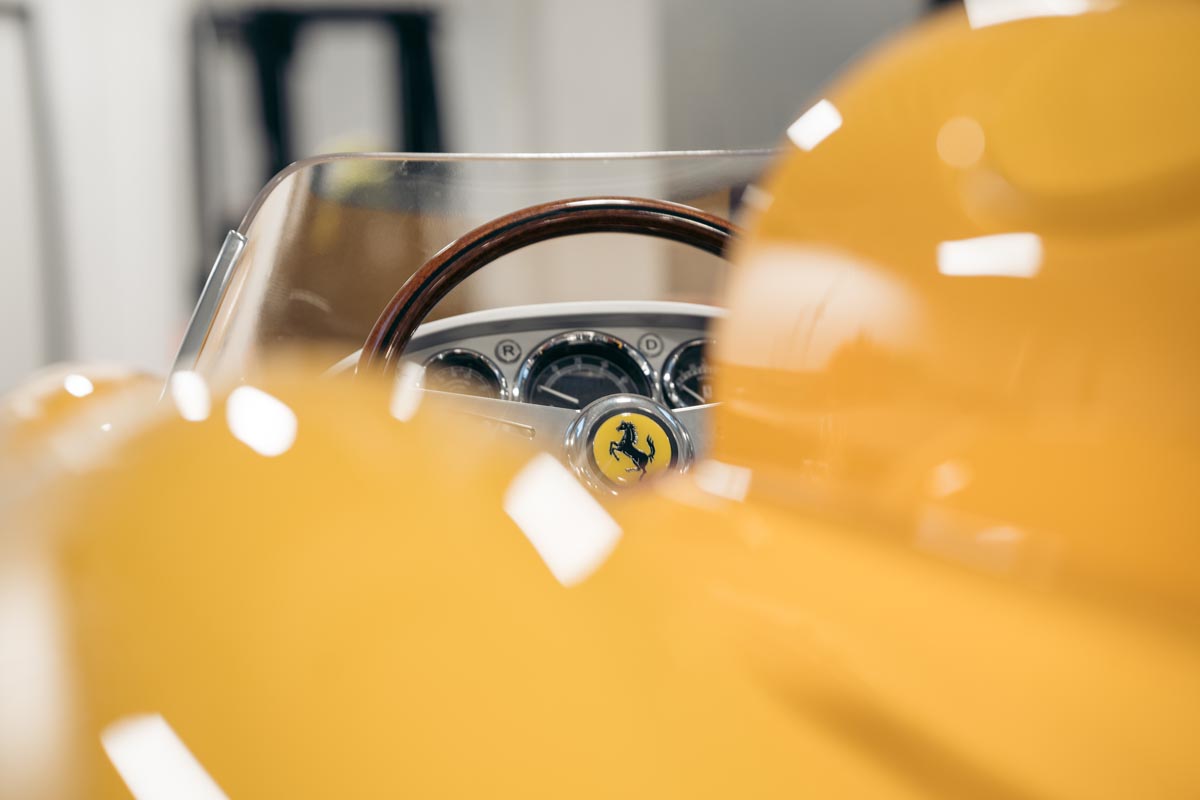 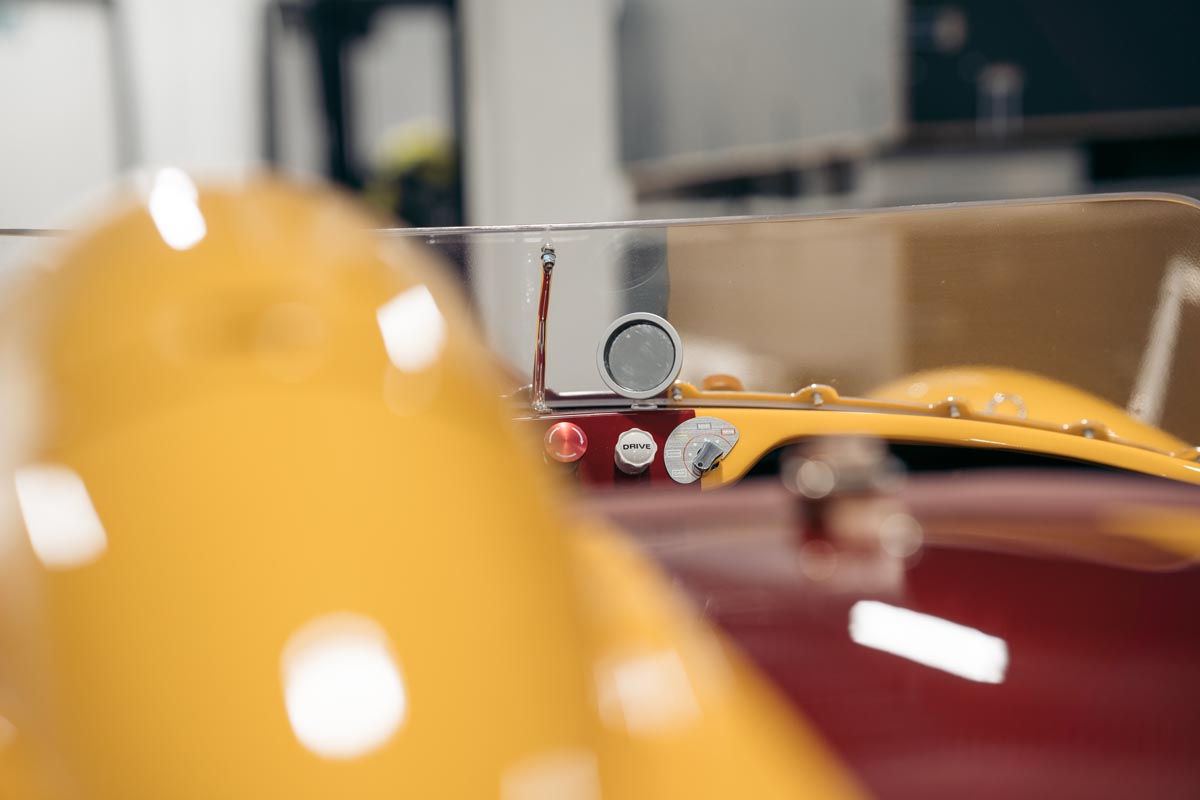 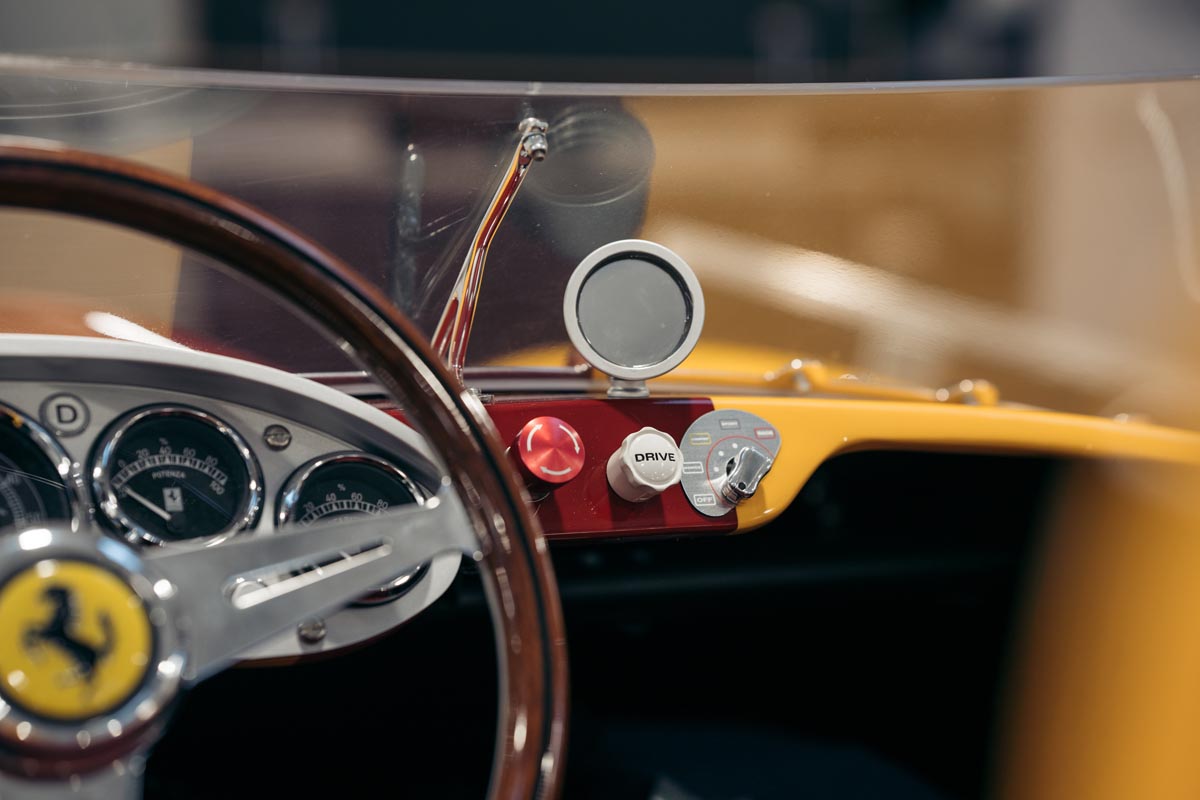 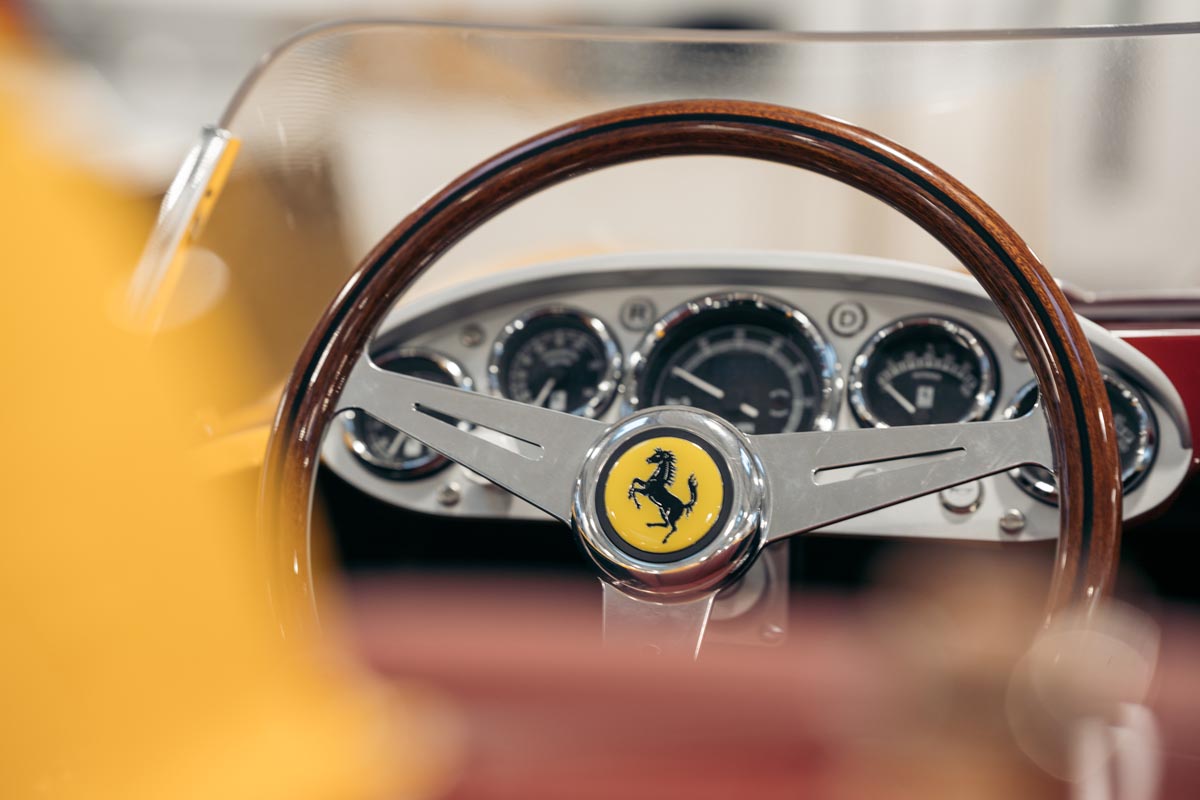 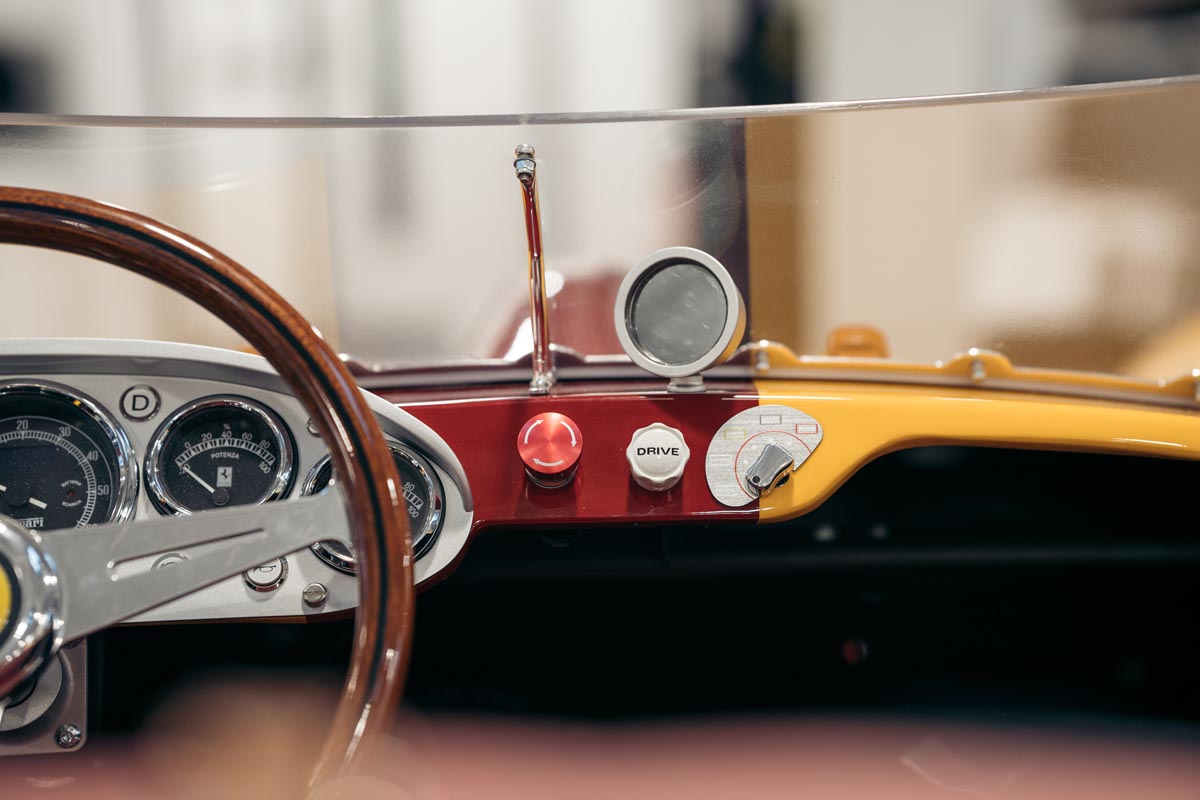 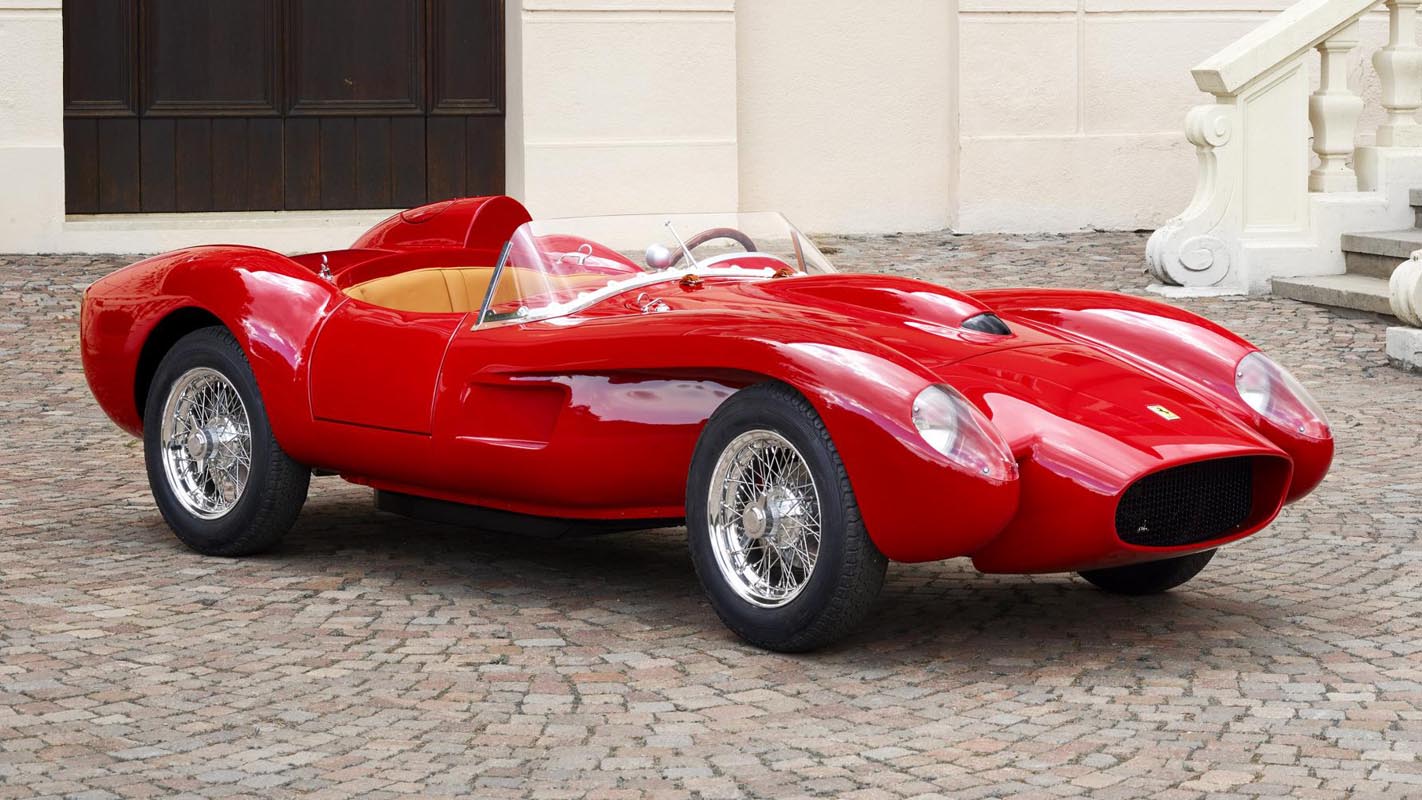 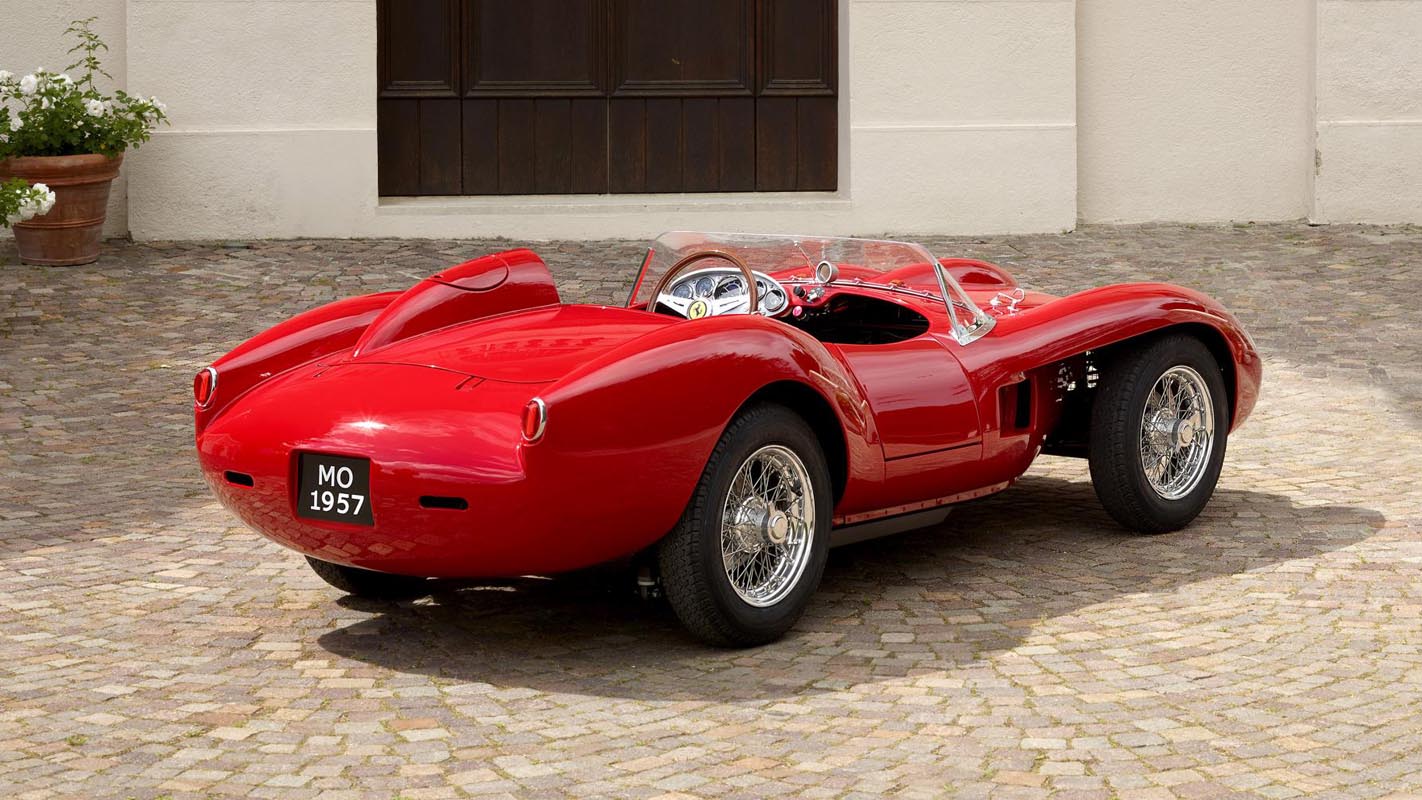 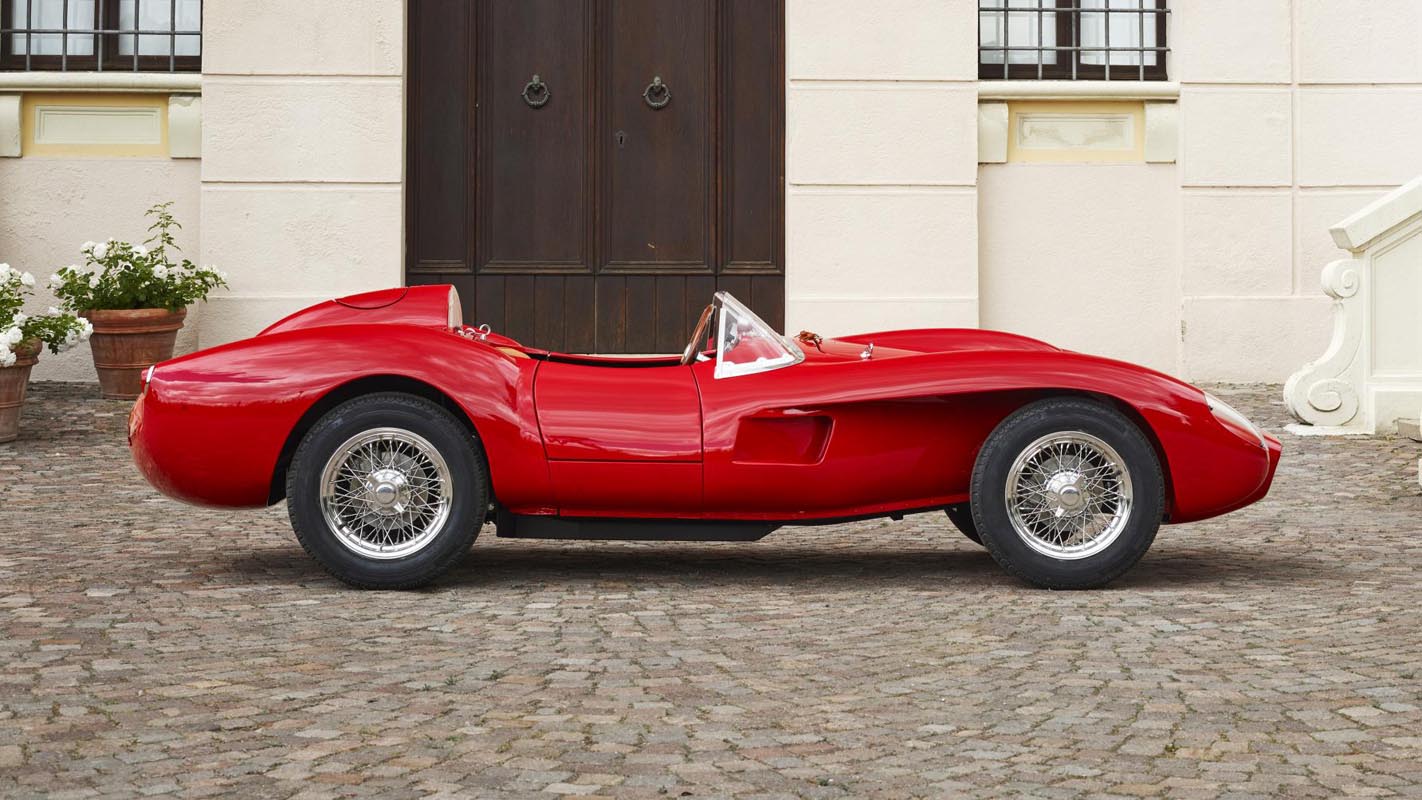 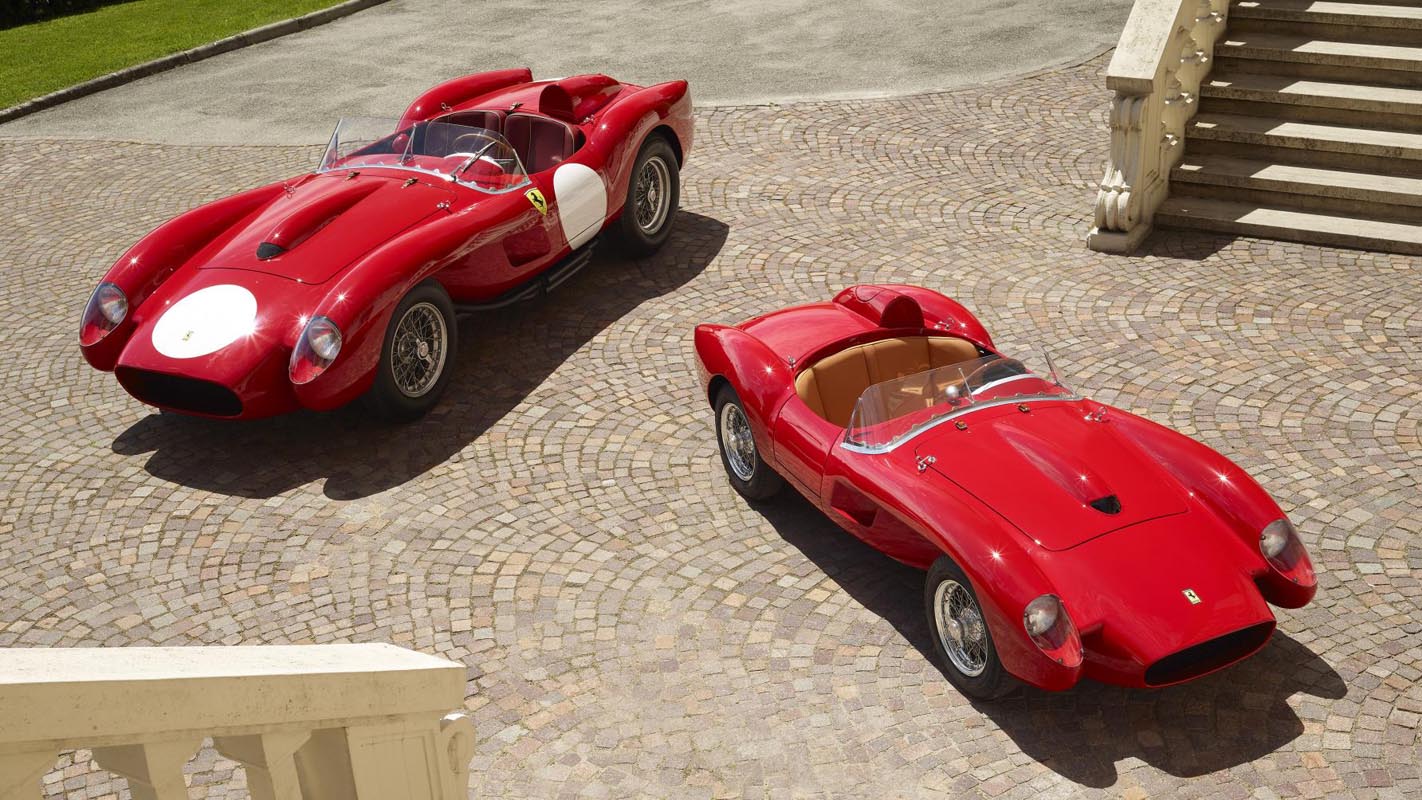 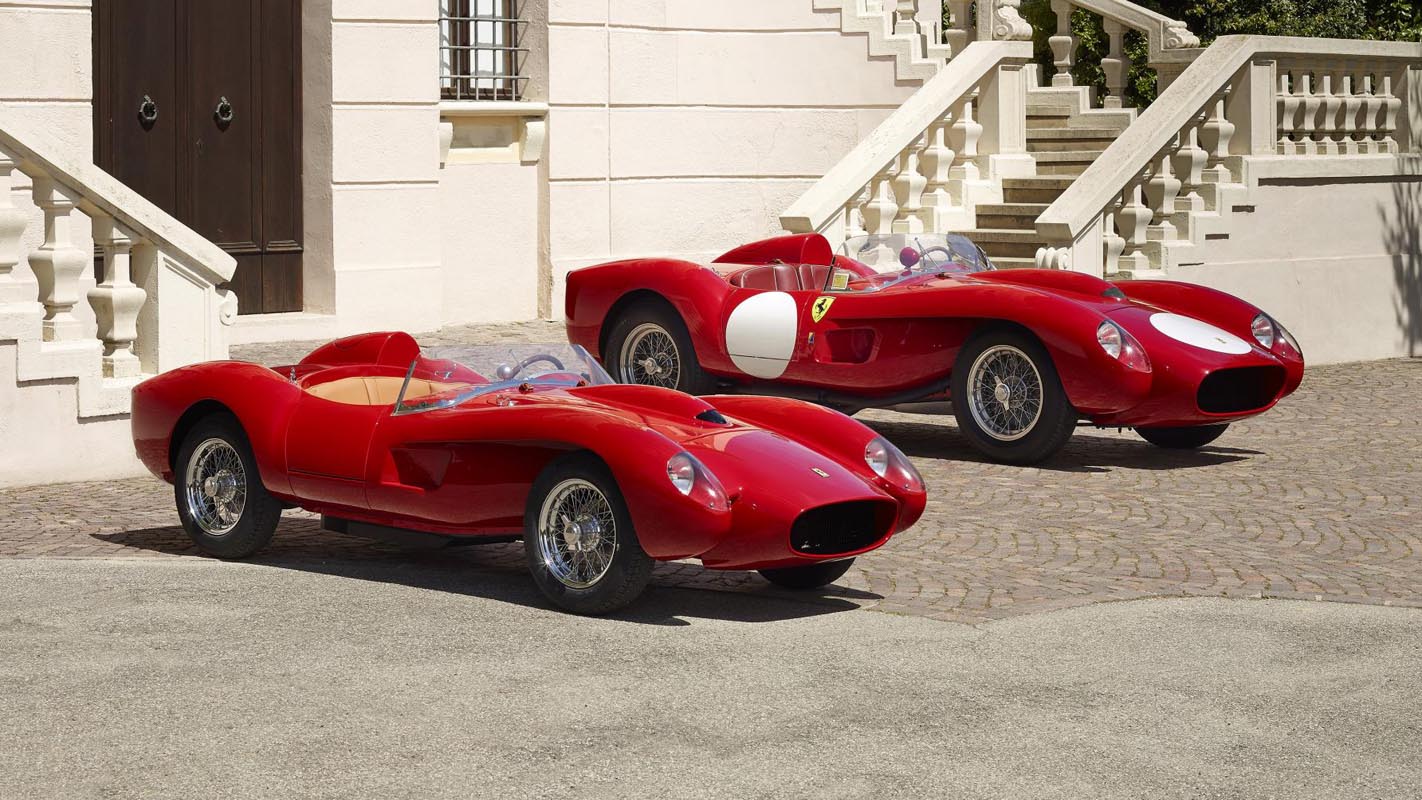 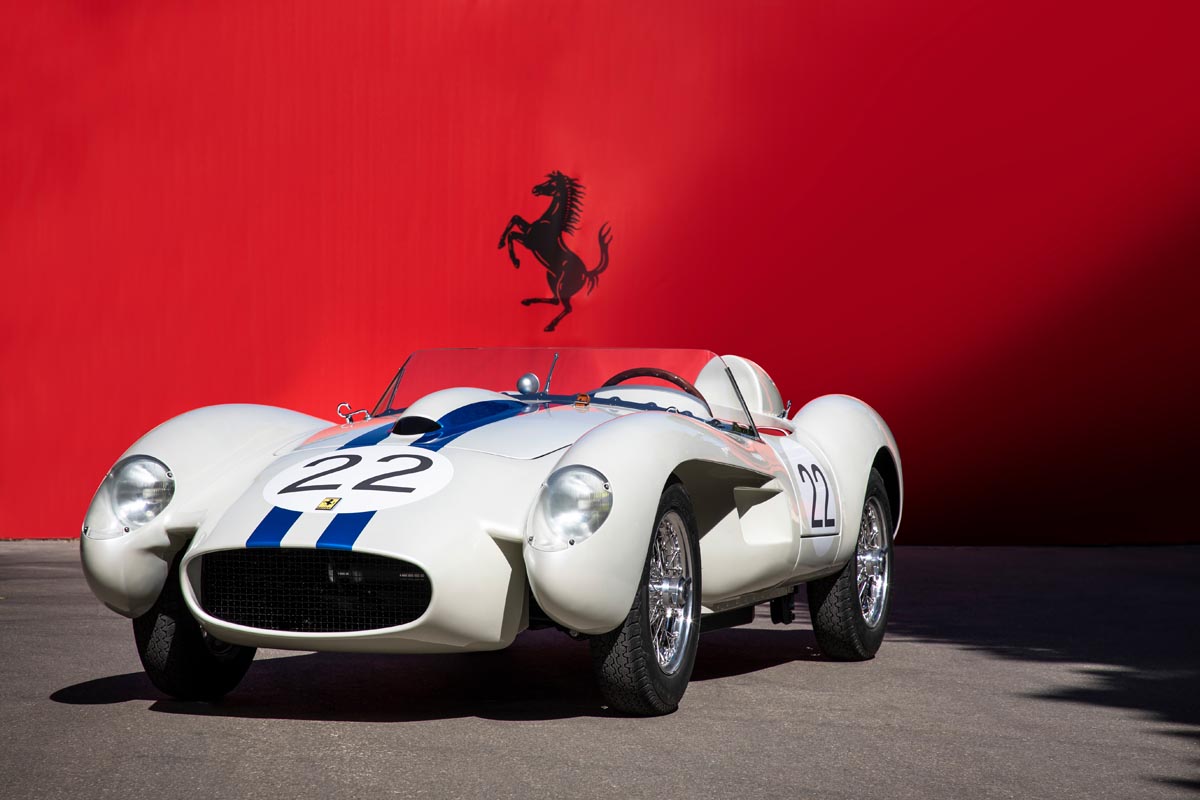 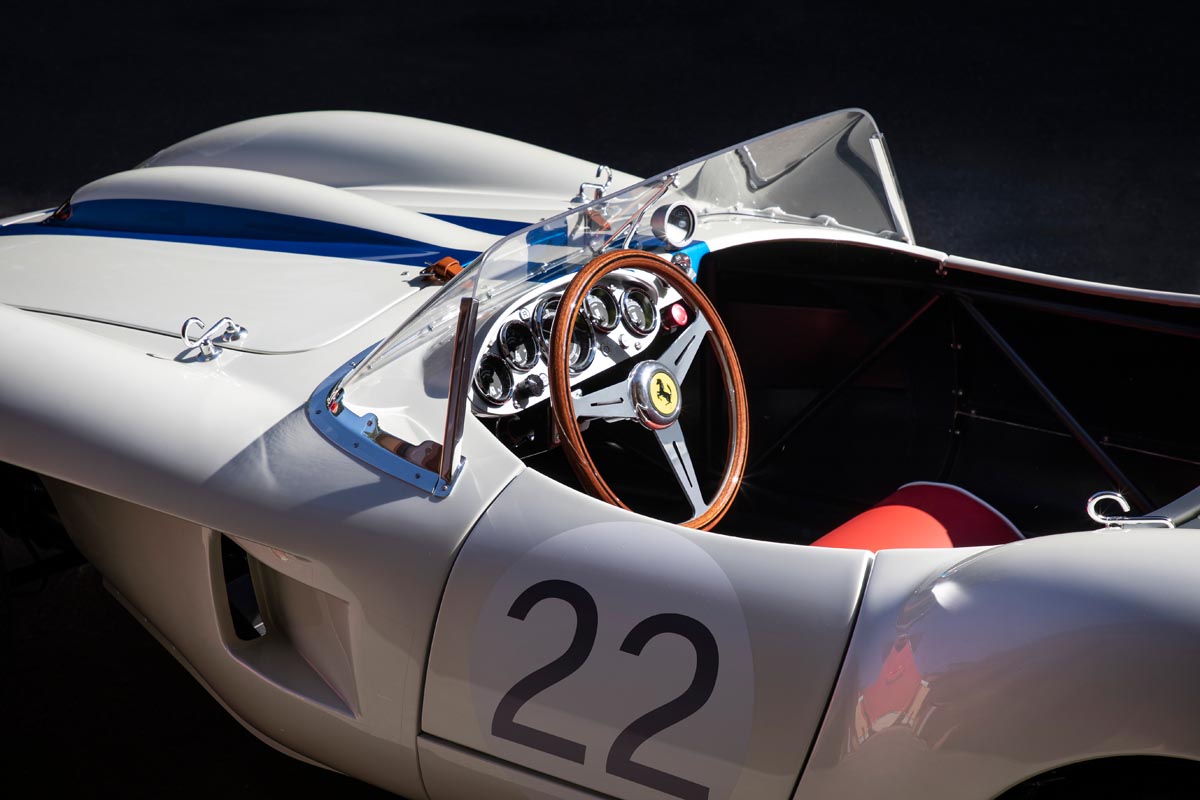 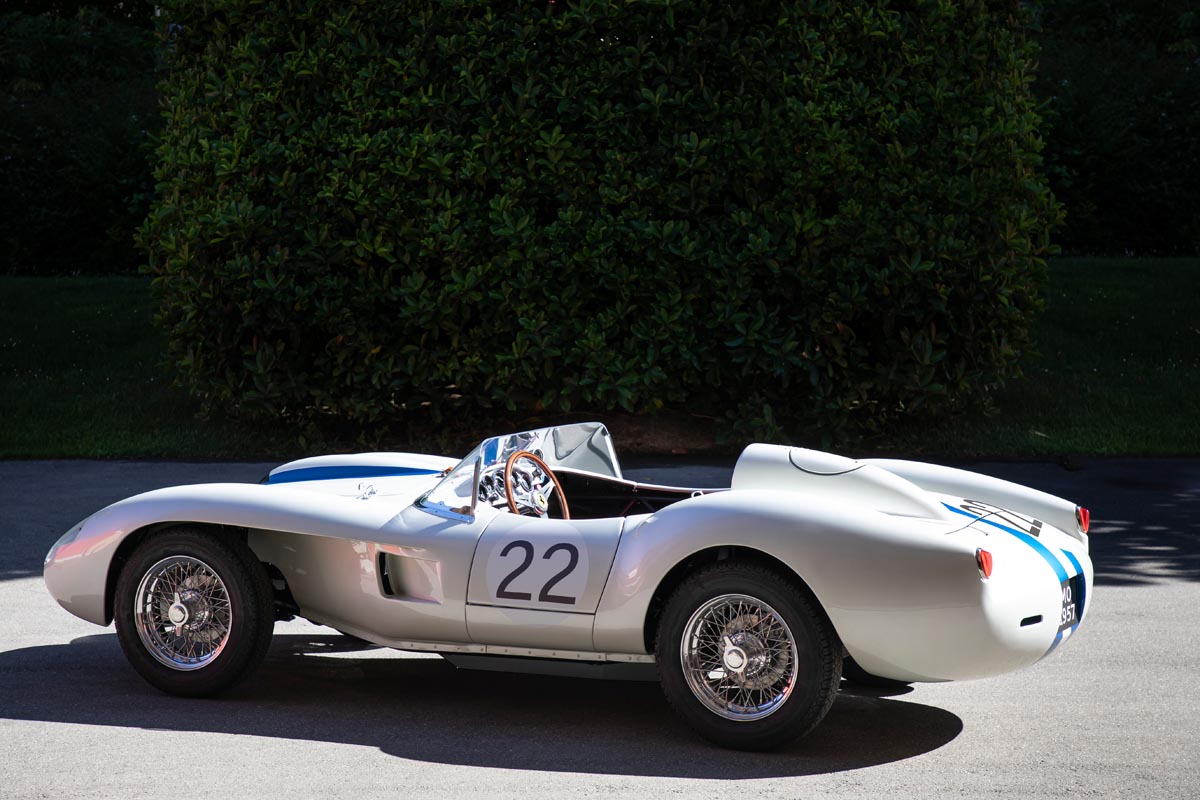 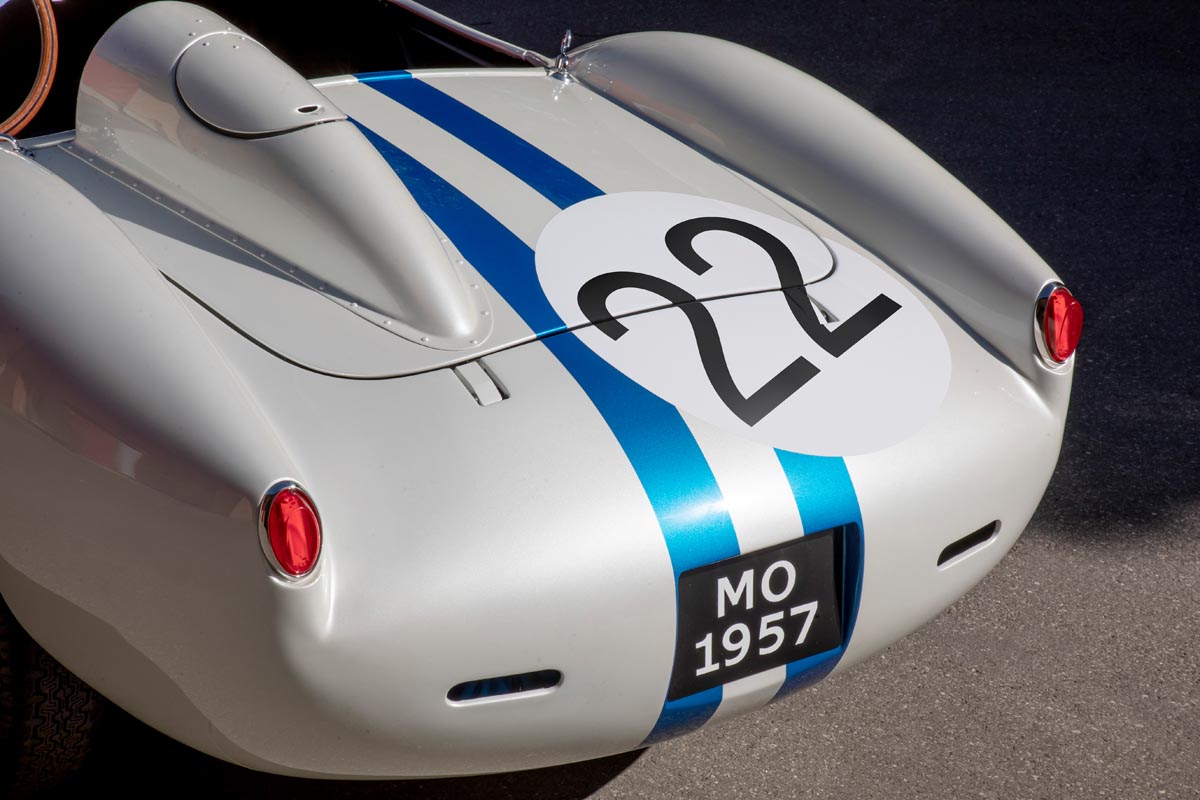 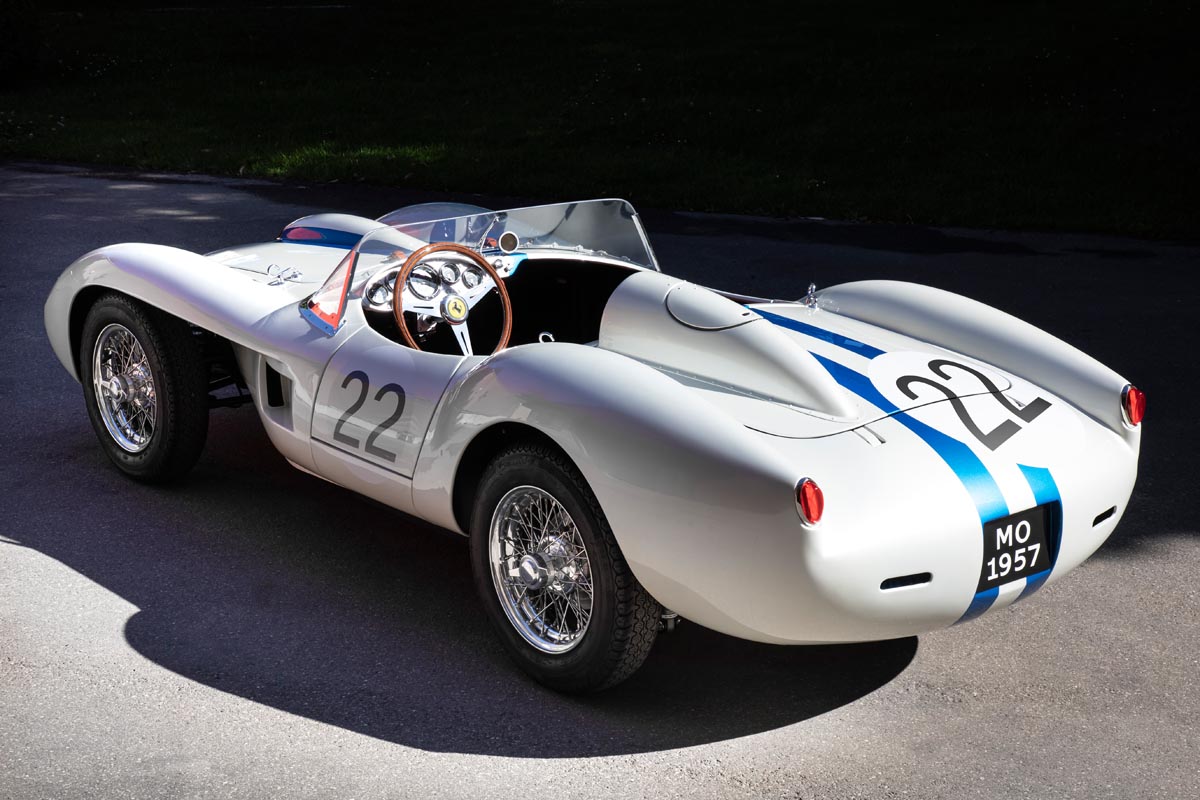 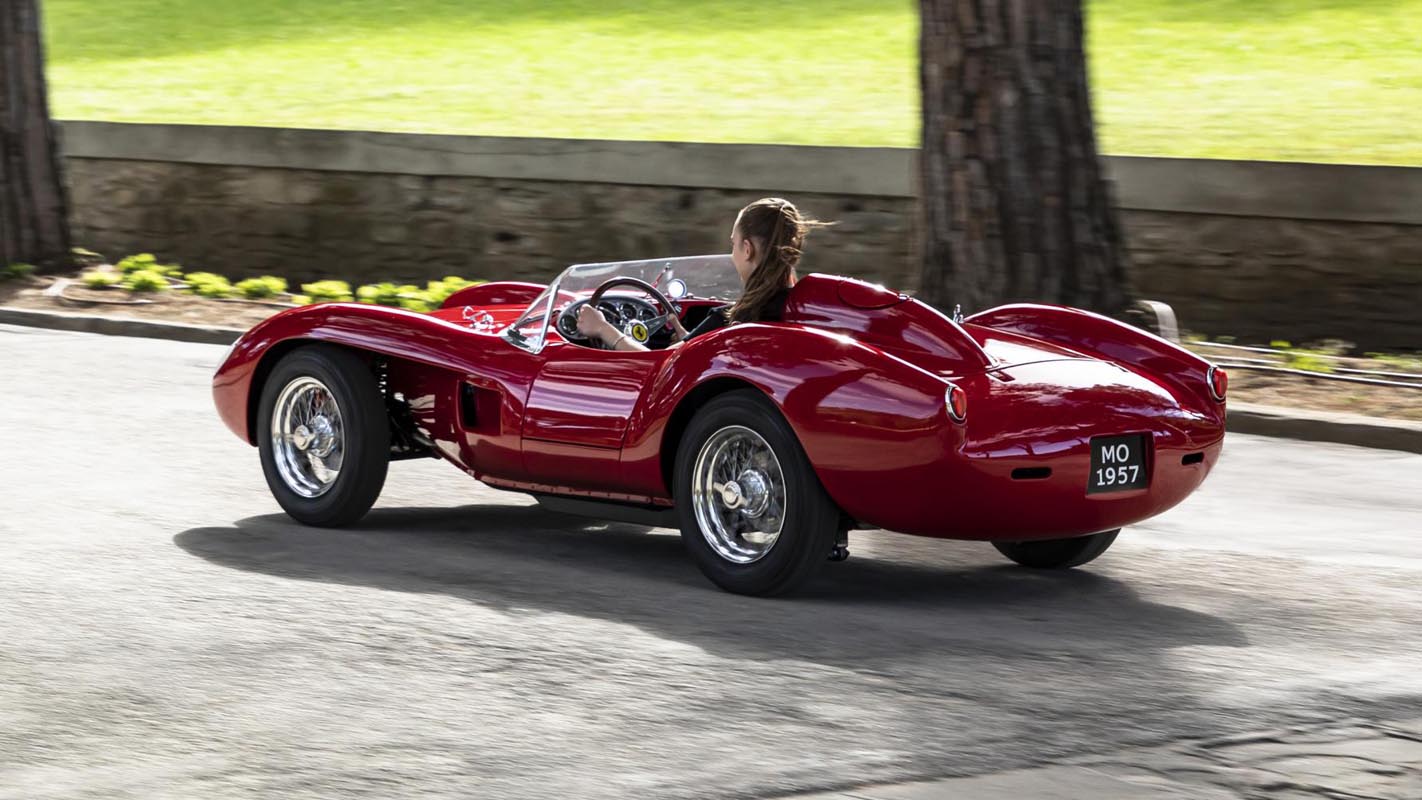 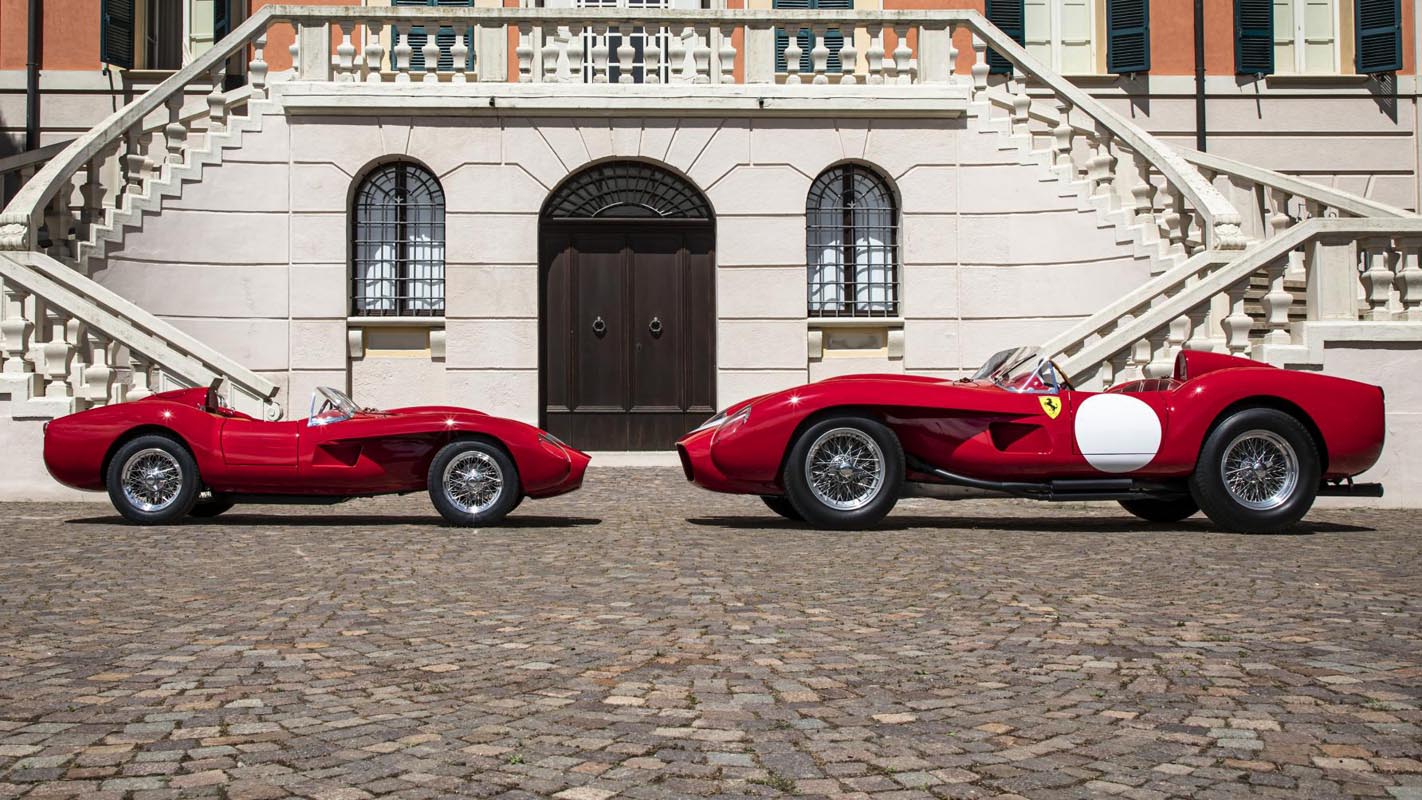 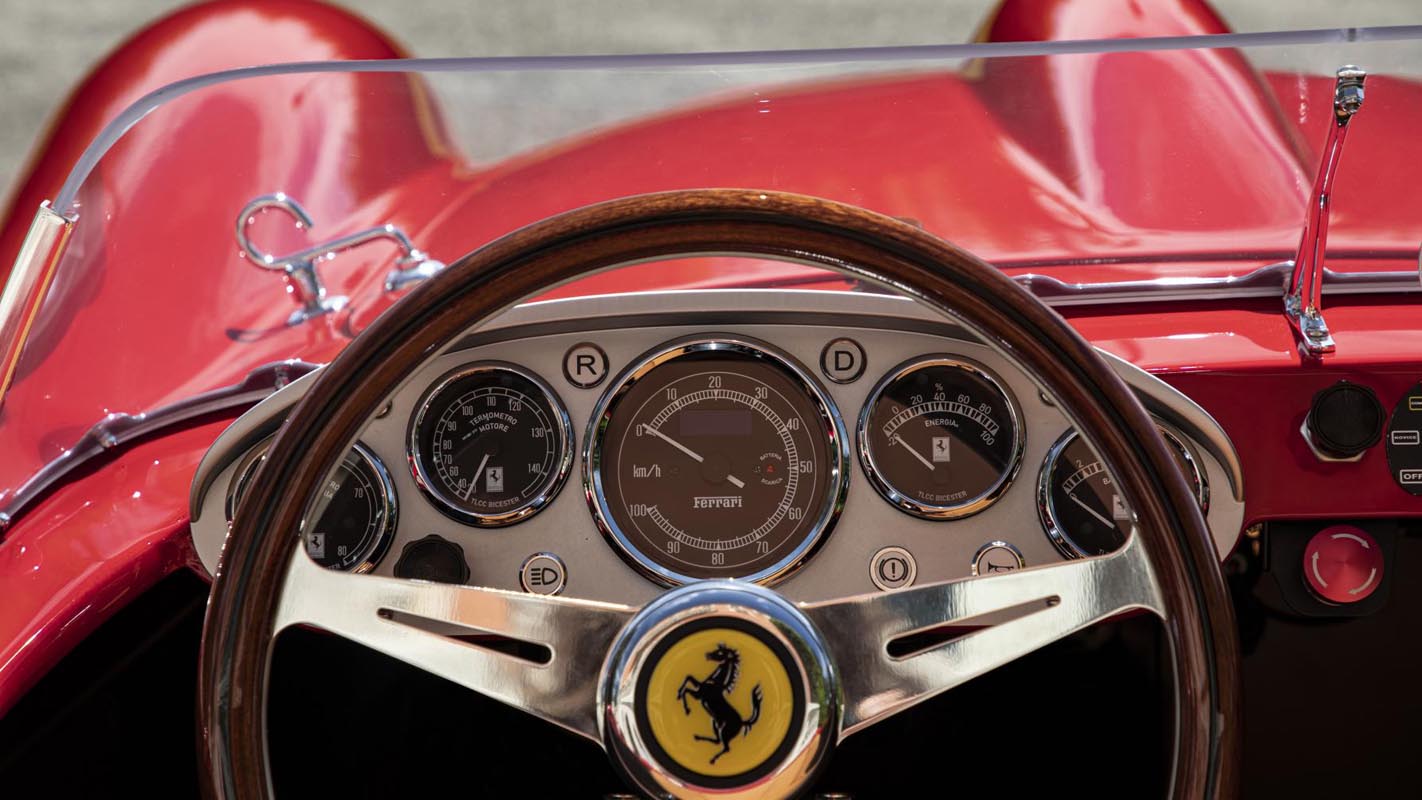