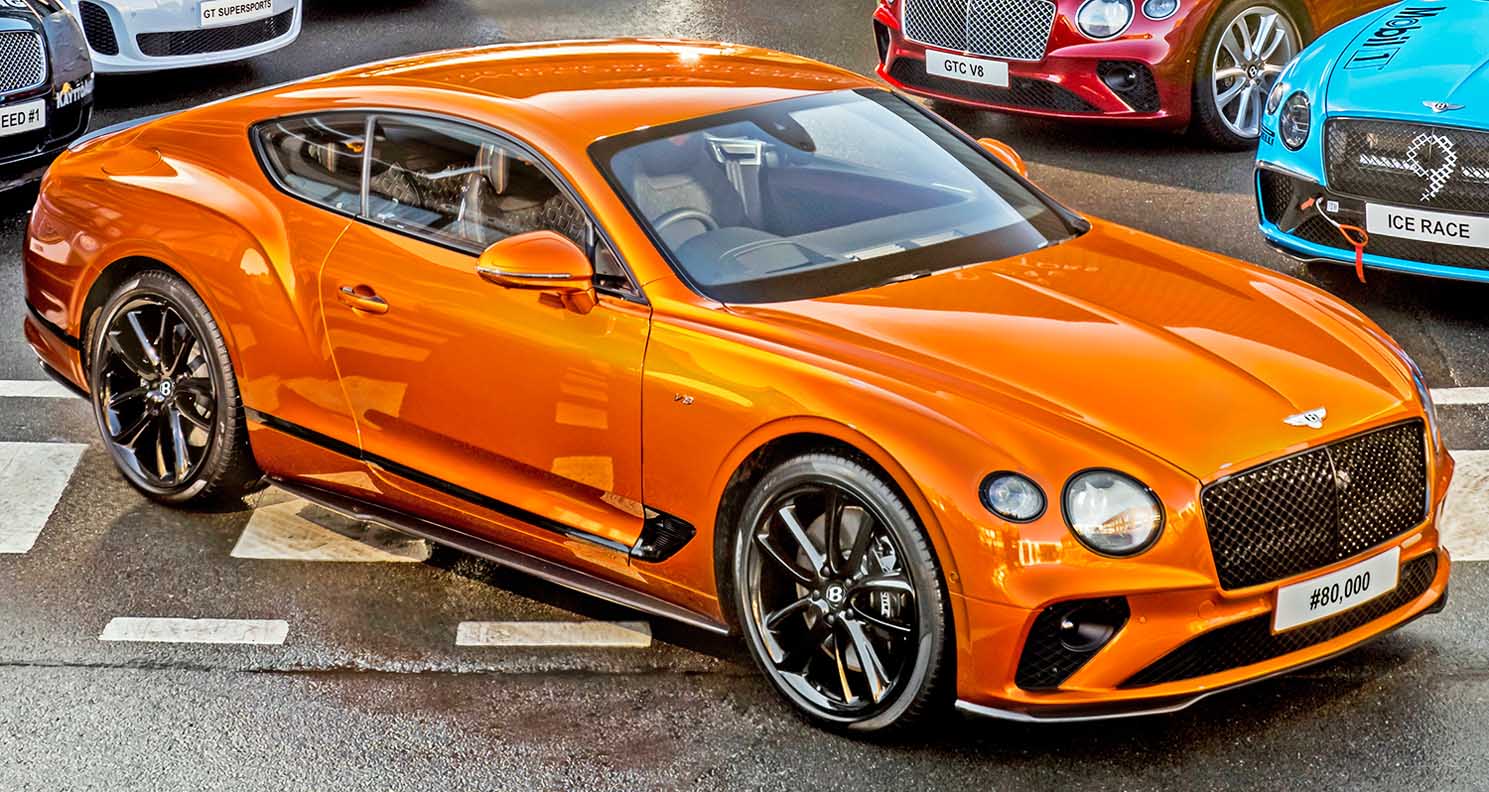 The Home of Bentley in Crewe, UK has produced the 80,000th individual, made-to-order example of the Continental GT – the world’s definitive luxury grand tourer.

In 1952, the Bentley R-Type Continental made its debut; a Mulliner-bodied coupe with a top speed of just less than 120 mph. It was the fastest four-seater car in the world and very quickly earned a reputation as the ultimate in high-speed luxury.

Ever since, it has been the unchallenged benchmark for the sector that it founded, with an average of nearly 5,000 examples a year being delivered to customers around the world.

Today, eighteen years later, Bentley’s skilled craftspeople – many of whom will have worked on the very first example of the Continental GT (still owned by Bentley) – have handcrafted the 80,000th car.

Over this period the style, technology and engineering beneath the car has evolved significantly, seeing an increase of up to 27 per cent in peak power, whilst models within the range have also achieved a reduction over the original Continental GT of 48 per cent in CO2 emissions. 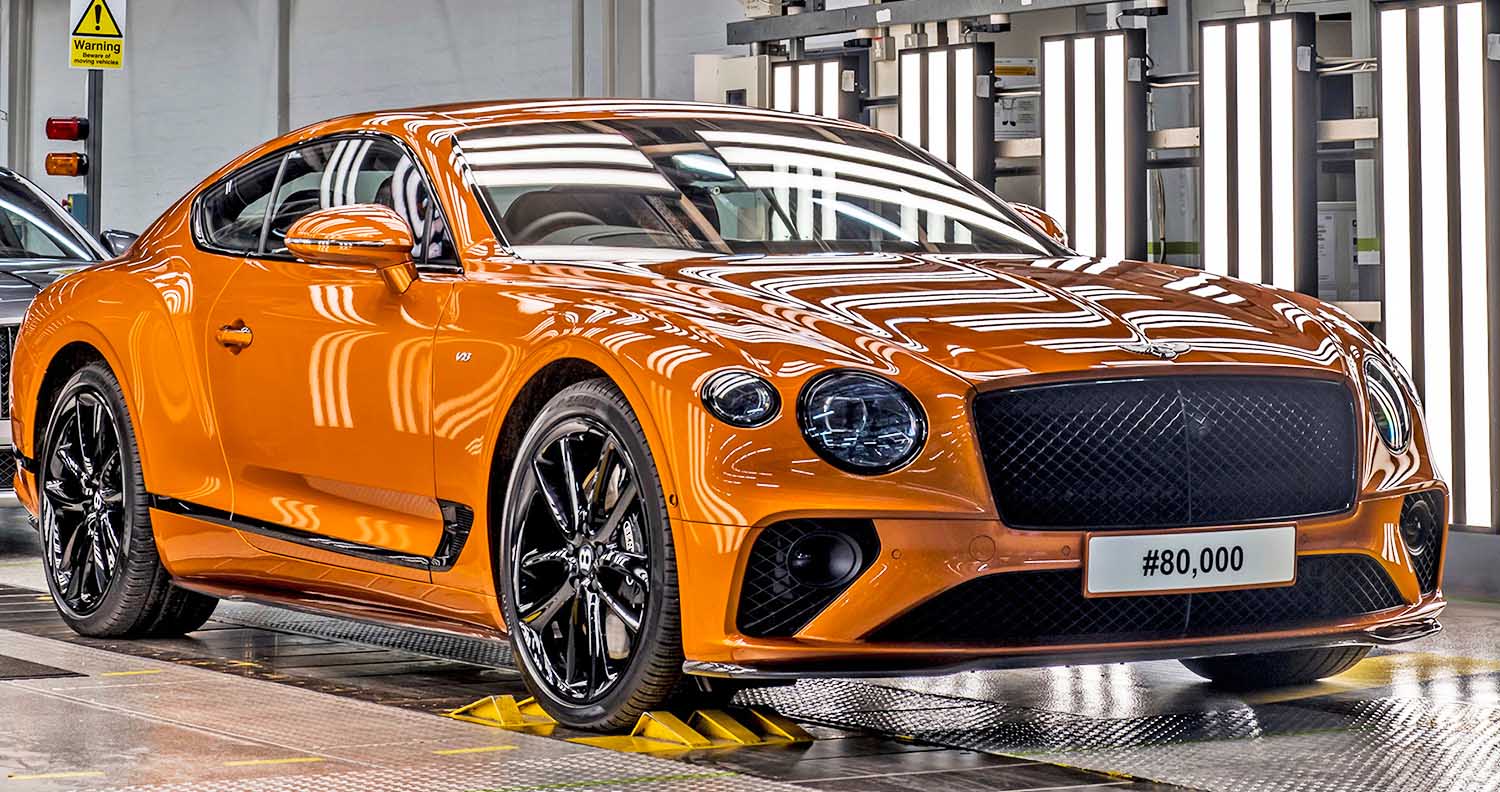 “At its launch in 2003, Bentley redefined the modern grand tourer with the revolutionary Continental GT. Now in 2021, the GT continues to be the ultimate luxury grand tourer, encompassing the latest technology, performance and style. This success is a testament to the skills of our designers, engineers and craftspeople here in Crewe.

“I had the pleasure of launching the original GT in 2003 in my first stint at Bentley, and being here for the launch of the latest generation – and the iterations that have followed – has been a source of great pride for me personally.

It will continue to be the iconic backbone of the Bentley business for years to come, even as we transition to the world’s leading provider of sustainable luxury mobility.”

The platform beneath the car was upgraded to a Bentley design for the third generation, allowing a totally new stance, proportions and levels of dynamic ability that raised the bar again.

With a choice of powertrains, one of the most extensive colour palettes in the world and with almost limitless interior options, unique configurations can run into billions of variations.

Indeed, there are currently a total of 17 billion ways in which a customer can specify a Continental GT. Beyond that, through the services of Bentley Mulliner – Bentley’s in-house bespoke division – the only limitation is the imagination of the customer. Owning a Continental GT guarantees both individuality and exclusivity, despite being part of a family now 80,000 strong.

The 80,000th vehicle is an eye catching Continental GT V8 in Orange Flame, finished with the optional Blackline Specification and Styling Specification, both adding to the car’s presence and hinting at the GT’s performance credentials. 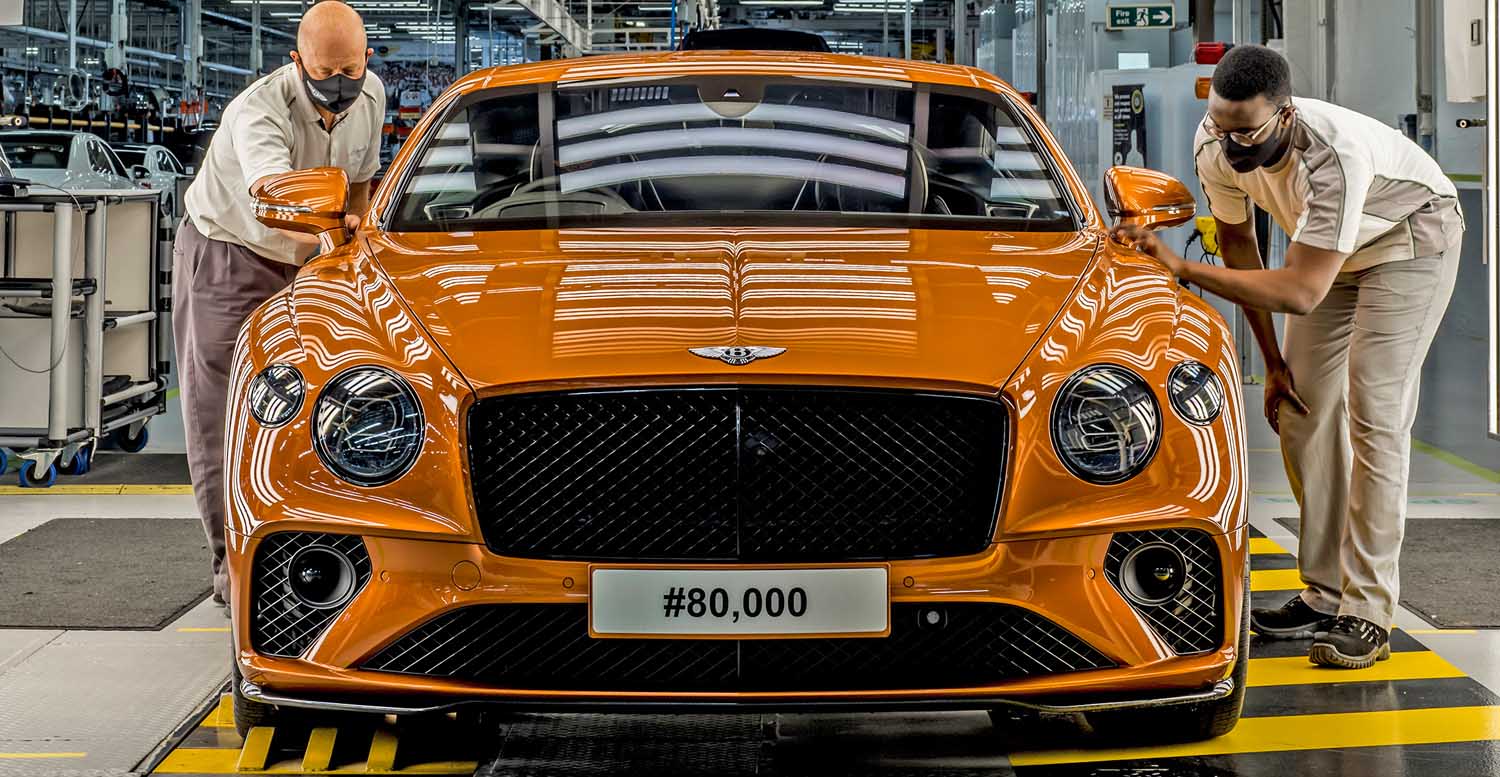 A Family Gathering to Celebrate

To mark the production milestone, Bentley drew on its heritage fleet to show the evolution and achievements of the Continental GT since 2003.

Marking the car through its generations were:

A Continental Supersports coupe, considered by many to be the pinnacle of the first generation GT family

The Continental GT has also supported Bentley’s long tradition of racing and record breaking that started in the 1920s when the Bentley Boys set the pace at European circuits.

In 1922, John Duff drove his Bentley 3 Litre single handed for 24 hours, at an average speed of almost 87 mph at Brooklands to secure 39 Class D records. And in 1928, another 3 Litre driven by Dudley Froy became the first car to achieve more than 115 mph over a distance of 100 miles at the same venue.

To mark recent achievements, the line-up was joined by some of the most exciting performance-focused Continental GTs:

The first-generation Continental GT3 racecar, that returned Bentley to winning ways on the racetrack in 2014 and secured victories on tracks all around the world The 2019 Pikes Peak GT, which still holds the Production Class record at the Pikes Peak International Hill Climb.

The 2020 Ice Race GT, which took part in the GP Ice Race at Zell Am See in February last year on the same weekend that the final member of the line-up – the latest-generation Continental GT3 – won the Bathurst 12 Hour in Australia. 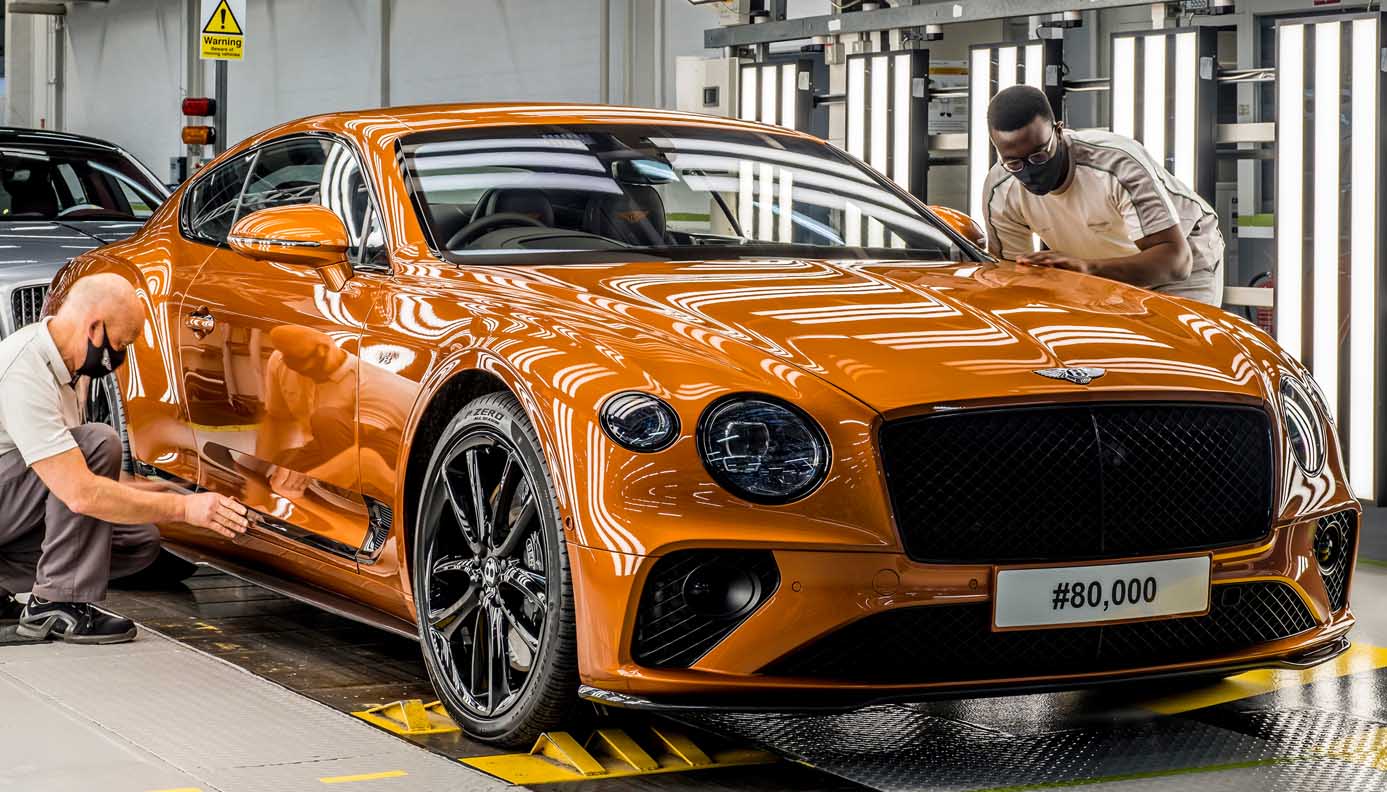 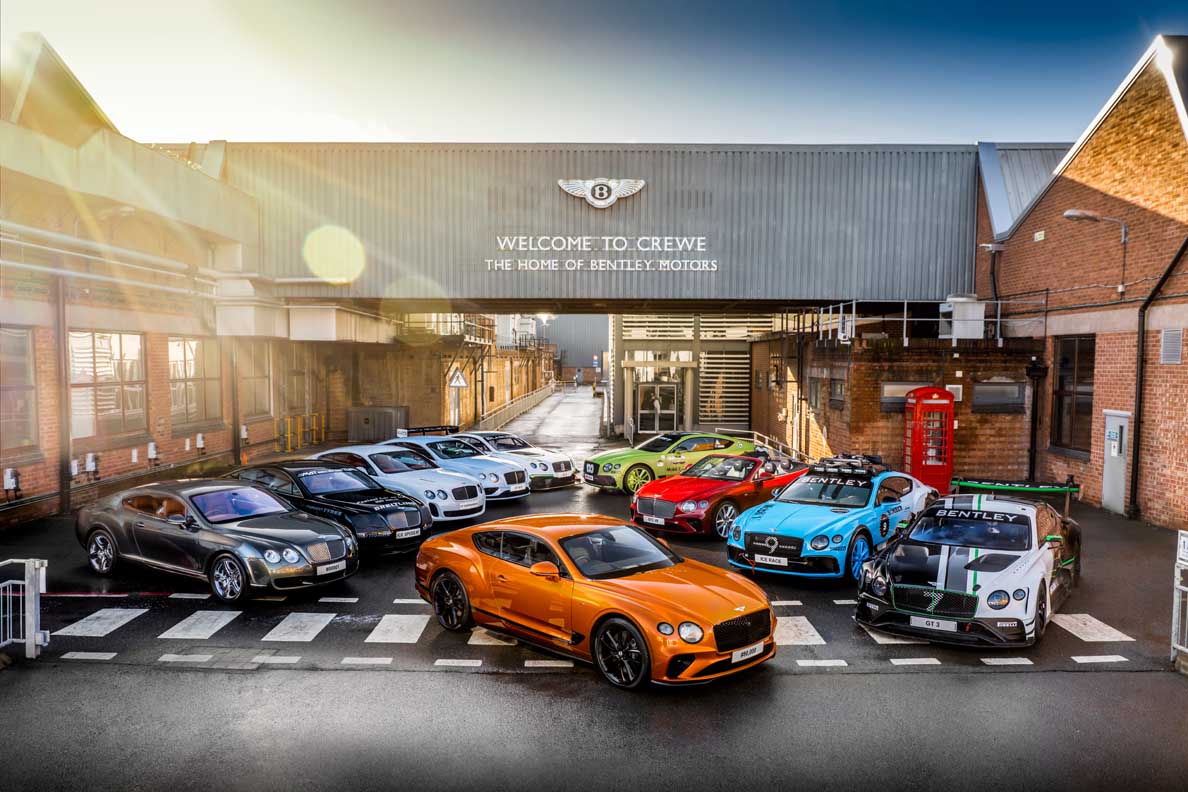 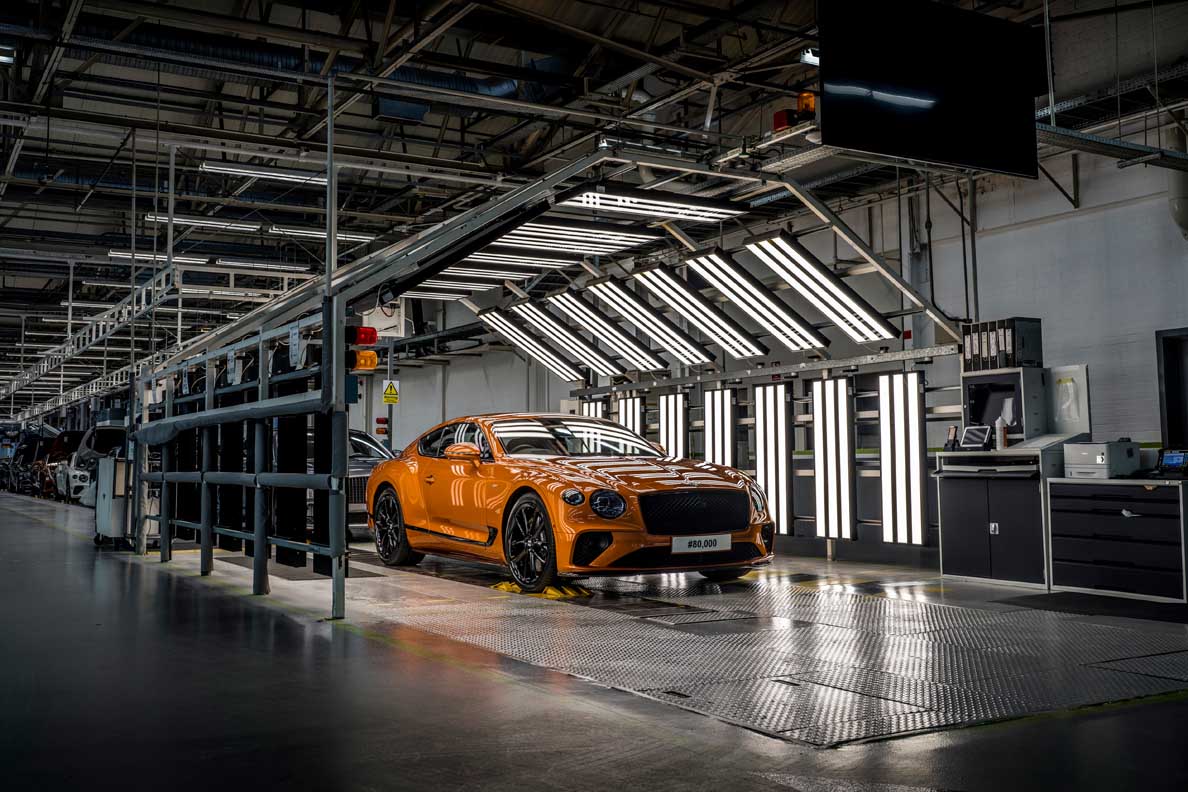 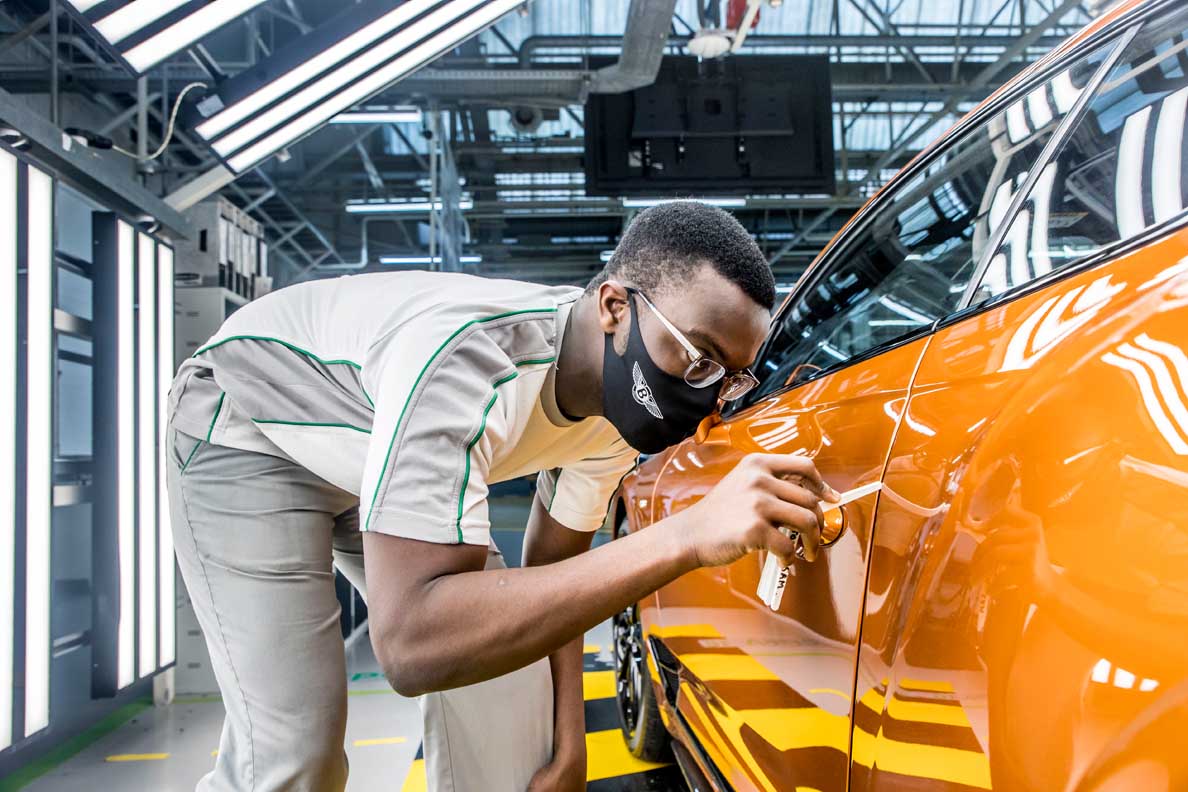 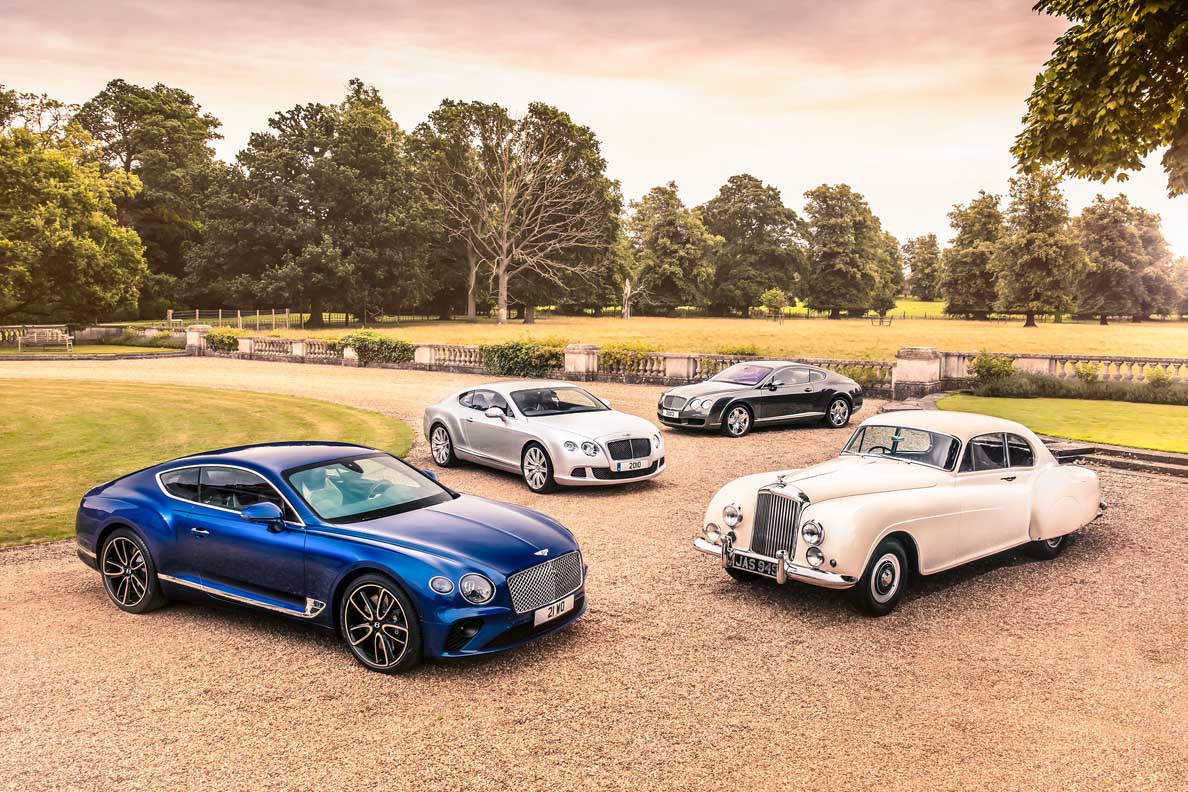 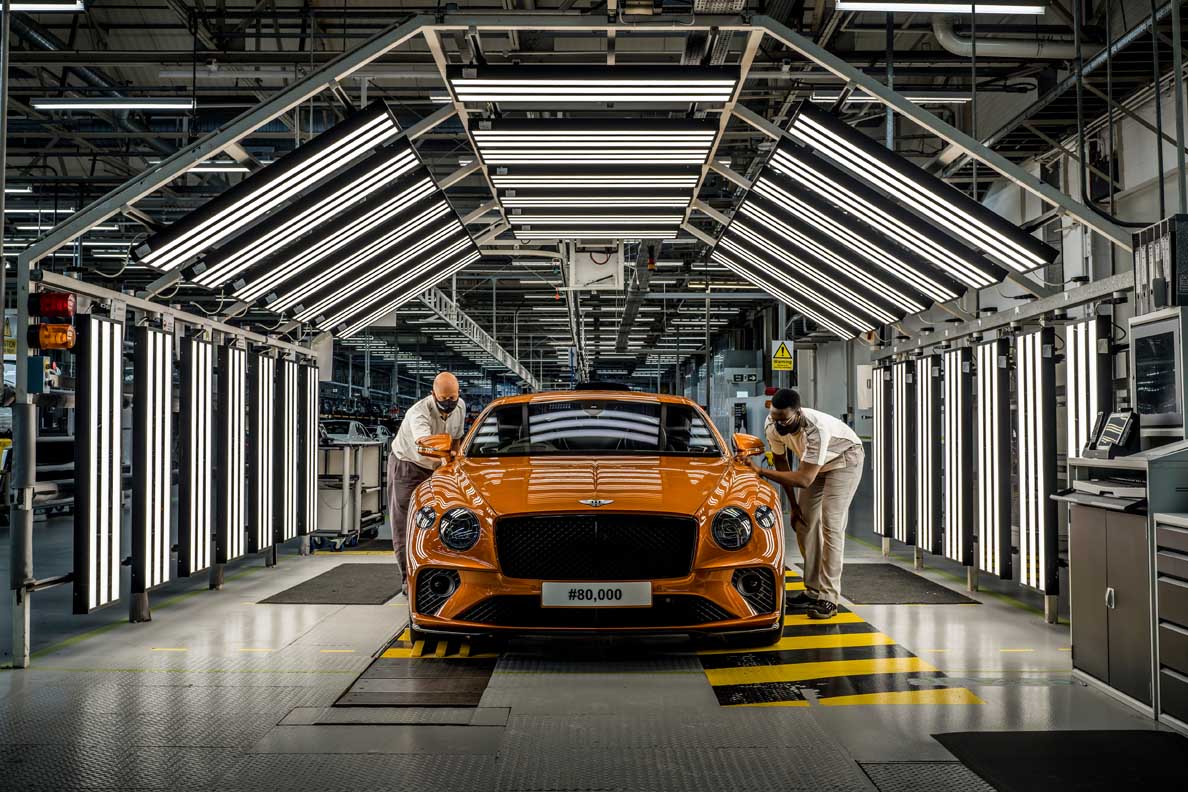 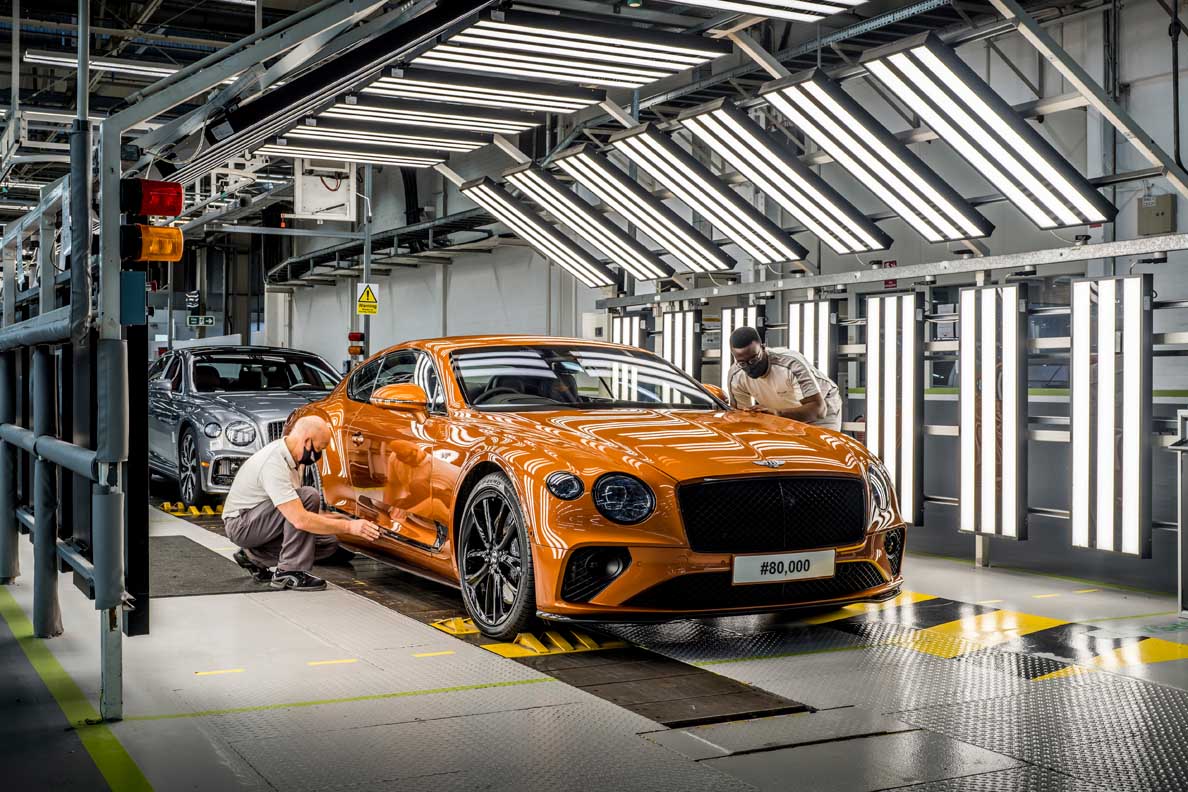 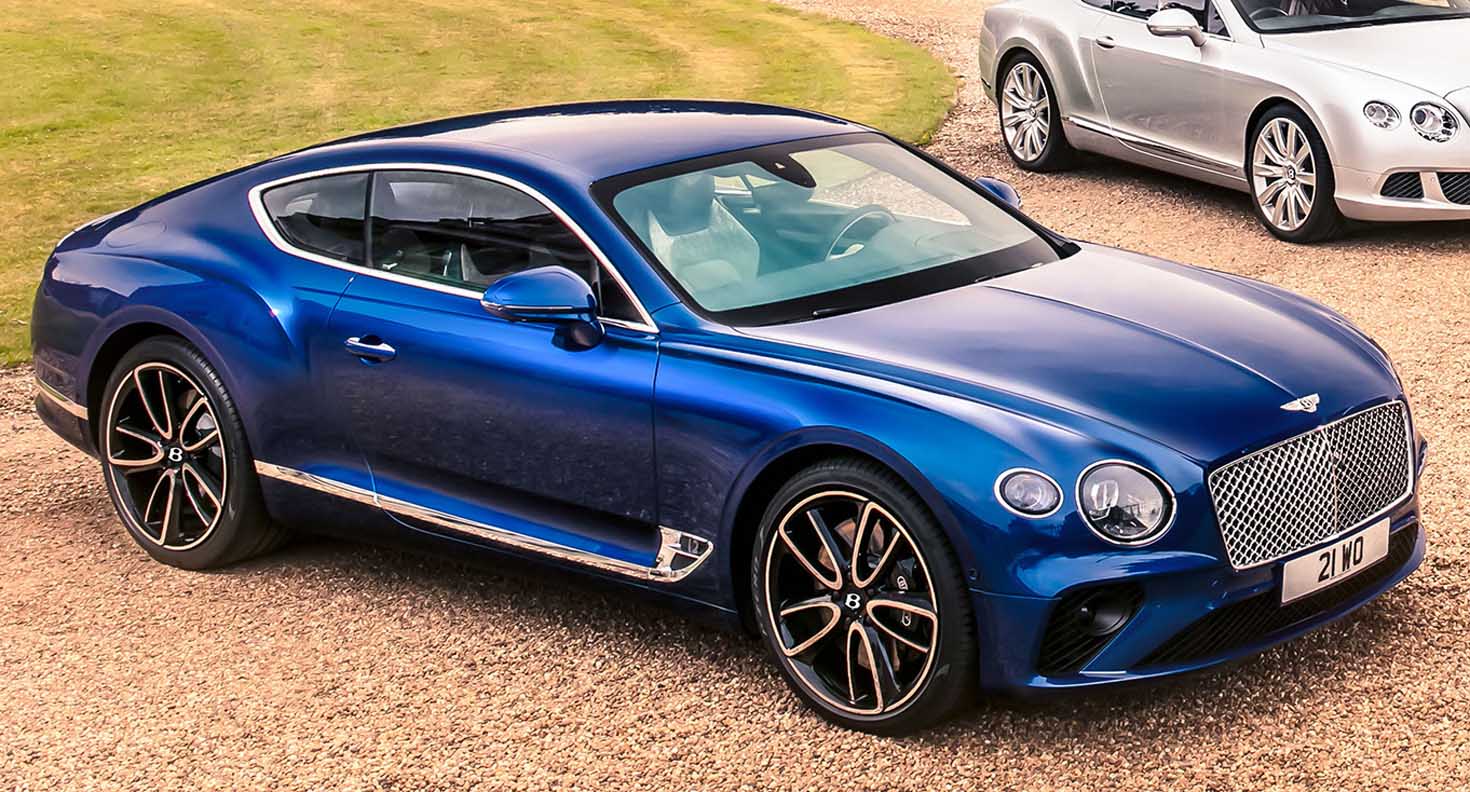