70 Years Of The ŠKODA 1200: All-Steel Body Refined In The Wind Tunnel 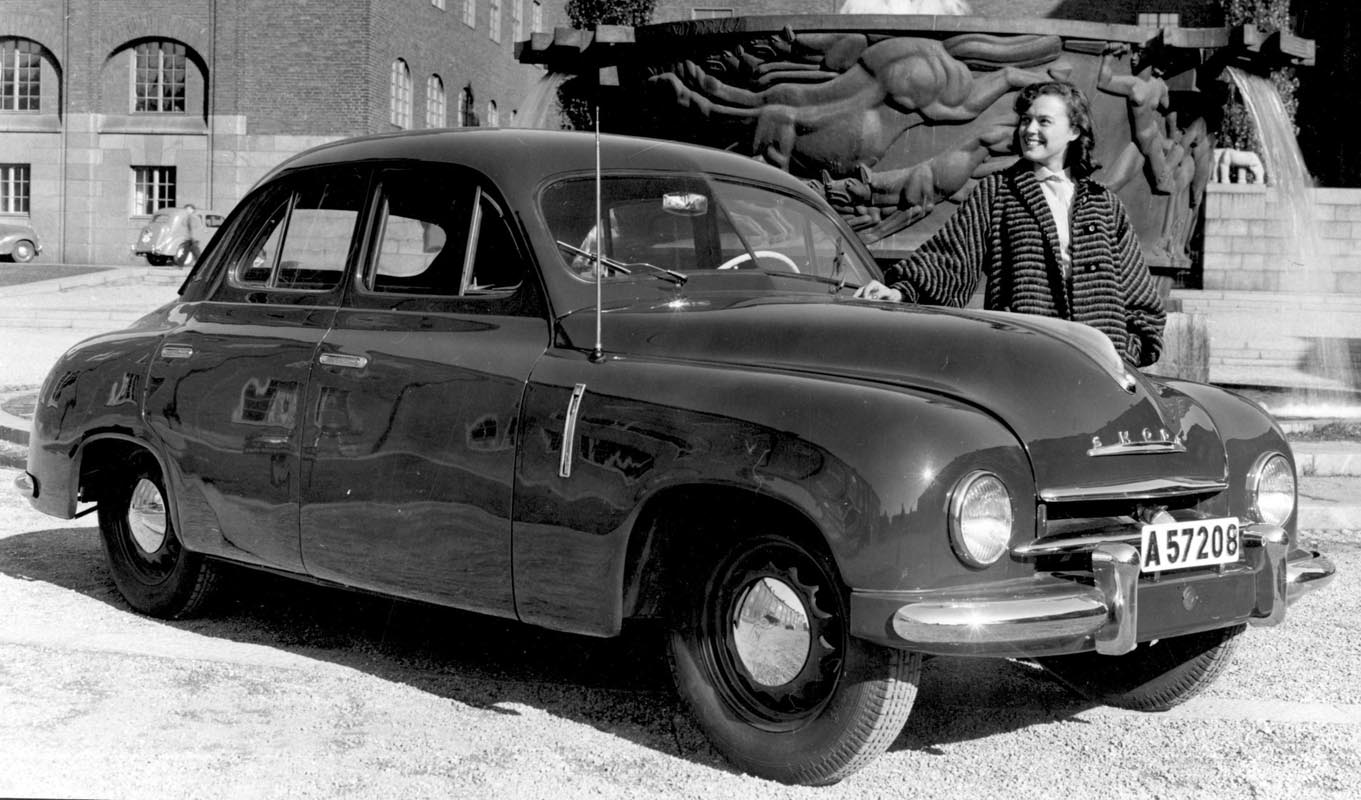 Production of the ŠKODA 1200 ‘Sedan’ with an all-steel body began in Mladá Boleslav 70 years ago. This technological advancement paved the way for efficient large-scale production. In addition, the body allowed for a larger interior as well as enhancing passive safety while reducing the vehicle’s weight. The pontoon body of the ‘Sedan’ was one of the first in Czechoslovakia to be optimised in a wind tunnel.

The first automobile from Mladá Boleslav ever developed by engineer Václav Laurin’s team was presented to the public by the Laurin & Klement brand back in 1905. The legendary L&K VOITURETTE A featured an open wooden body which had no windscreen and no doors. Later, manually formed sheet metal parts were affixed to the wooden frame with small nails. The car industry was still using this method half a century later.

11 July 1952 saw a major leap in manufacturing technology. The switch from wooden to metal bodies meant that the carpenters responsible for building wooden body frames had to turn to building transport boxes for vehicle exports. The new ŠKODA 1200 ‘Sedan’ was the first model with an all-steel pontoon construction and integrated mudguards, which enhanced the interior space and increased passive safety. The smooth and rounded surfaces also made servicing easier.

Development work on the new ŠKODA model began as early as 1948, with the first prototype being built a year later. Other versions soon followed, including the versatile STW (station wagon) estate version with a folding rear seat. A prototype with an open body was also developed.

The ŠKODA 1200 ‘Sedan’ represented an evolution of the chassis concept with a central tubular frame. This was forked at the front and could thus accommodate a petrol engine with OHV valve control and other innovative components, such as wet cylinder liners. The rear wheels with independent suspension were driven via a synchronised four-speed gearbox. The car reached a top speed of 105 km/h and consumed 10 litres of fuel per 100 km.

The father of the ‘Sedan’
Among the most prominent figures in the area of body construction at the time was Josef Velebný (1906-1989). He had been working at the car plant in Mladá Boleslav since 1925 and headed the body design department from 1946. This was also when systematic research and development in the field of aerodynamic optimisation began, resulting in higher top speeds and lower fuel consumption. In addition, the vehicles were quieter and the bodywork stayed cleaner on the roads. At that time, research was conducted using wooden models at a scale of 1:5 and 1:10 in a wind tunnel with a diameter of 1.8 metres. The only facility of this kind at the time was at the Aviation Research and Testing Institute in Prague-Letňany. ŠKODA first tested the ŠKODA 1101/1102 ‘Tudor’ models there, but the main focus was on the ŠKODA 1200.

Thanks to its new body, the car benefited from a low kerb weight of just 1,050 kilograms, which was comparable to the weight of the older, much smaller ŠKODA RAPID OHV model. The five-seater ‘Sedan’ had a partitioned luggage compartment with a separately accessible spare wheel and a tool kit that was mandatory at the time. The four doors also concealed the sills so that the passengers’ clothes would not get dirty when getting in and out. Among other things, having the gearstick mounted on the steering column helped to improve the active safety; the driver only had to take their hand off the steering wheel briefly when changing gears. At the same time, they enjoyed more legroom because the gearstick had been moved from the centre tunnel.

The advantages of an all-steel body were not only evident in the notchback version but also in light commercial vehicles. Production of these began in 1952 at the Vrchlabí plant. At the Kvasiny site, ambulance versions were built, with room for two stretchers as well as the crew. At the beginning of 1953, the range was expanded to include the practical ŠKODA 1200 STW estate car with a one-piece, side-opening rear door. Some of the fold-down seats were only accessible from the right-hand side of the vehicle to allow for a stiffer body. In the two-seater version, the estate offered a 1,750 mm long, 1,380 mm wide loading area, which measured 990 mm between the wheel arches.

The ŠKODA 1200 ‘Sedan’ underwent continuous modernisation. The adaptations optimised the body strength and reduced the interior noise. The innovations also included modern indicators, which replaced the earlier turn signals. The updated ŠKODA 1201 model with a more powerful engine started rolling off the line at the beginning of 1956. It had an output of 45 hp (33.1 kW) at 4,200 rpm. Production of the 1200/1201 series came to an end in autumn 1961 after 67,071 vehicles had been built, of which around 27,000 had notchback bodywork and around 15,000 were estates, with the remaining units being commercial vehicle versions. 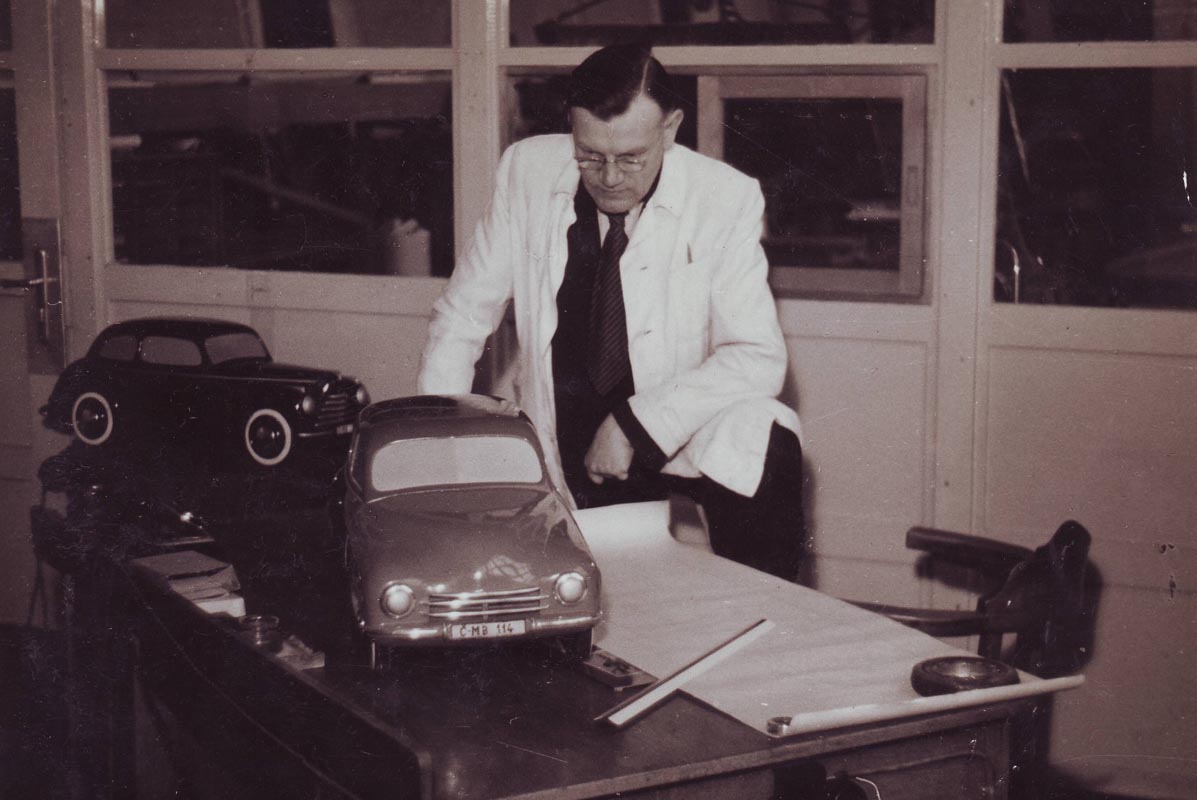 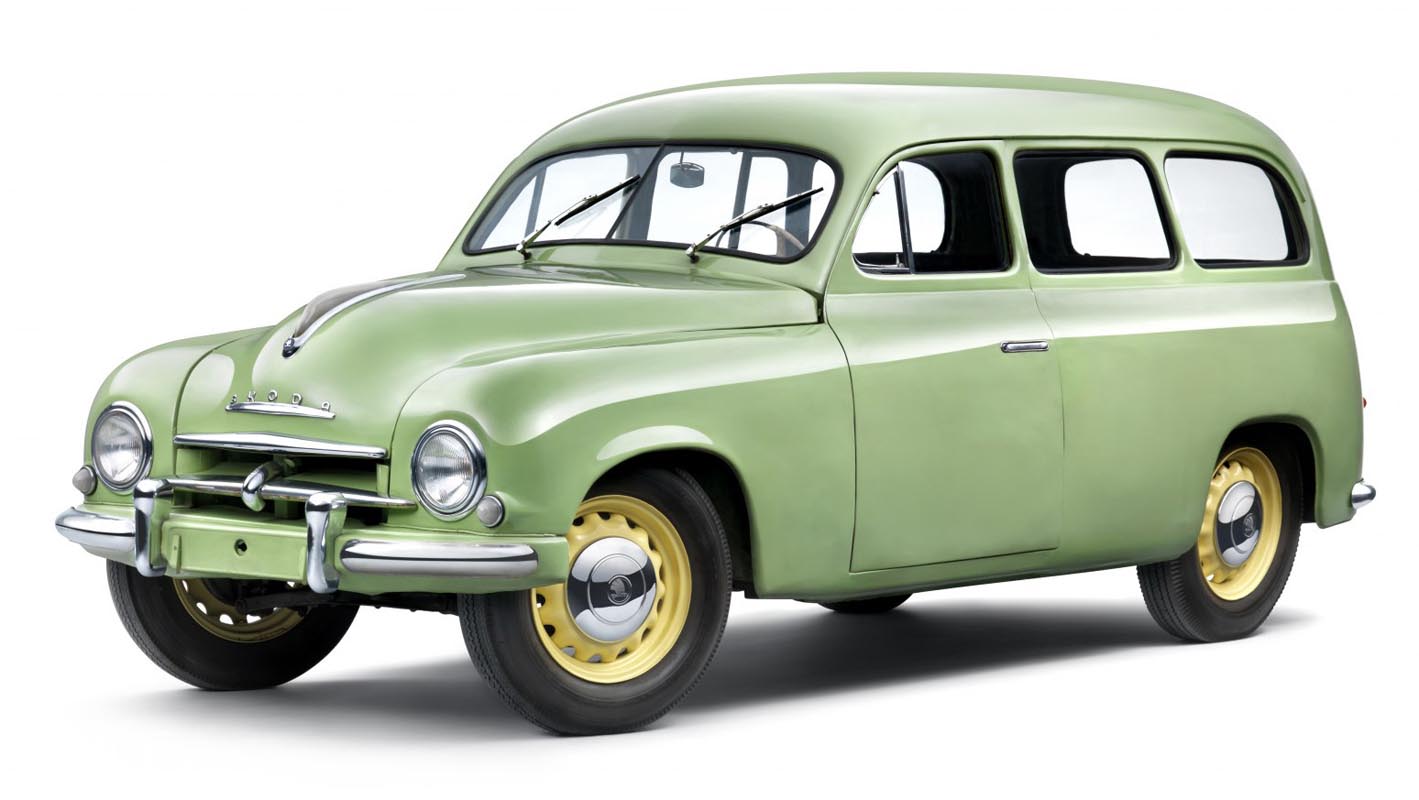 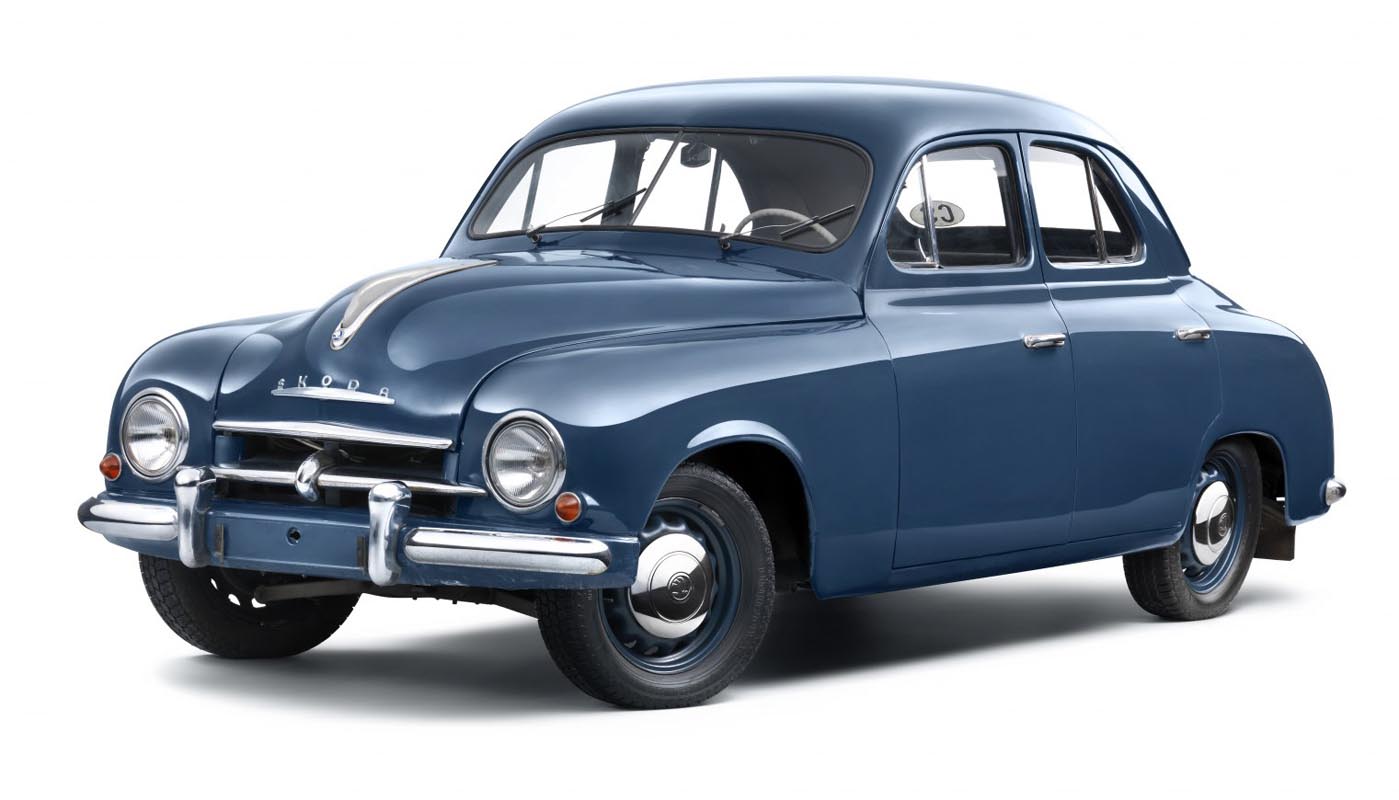 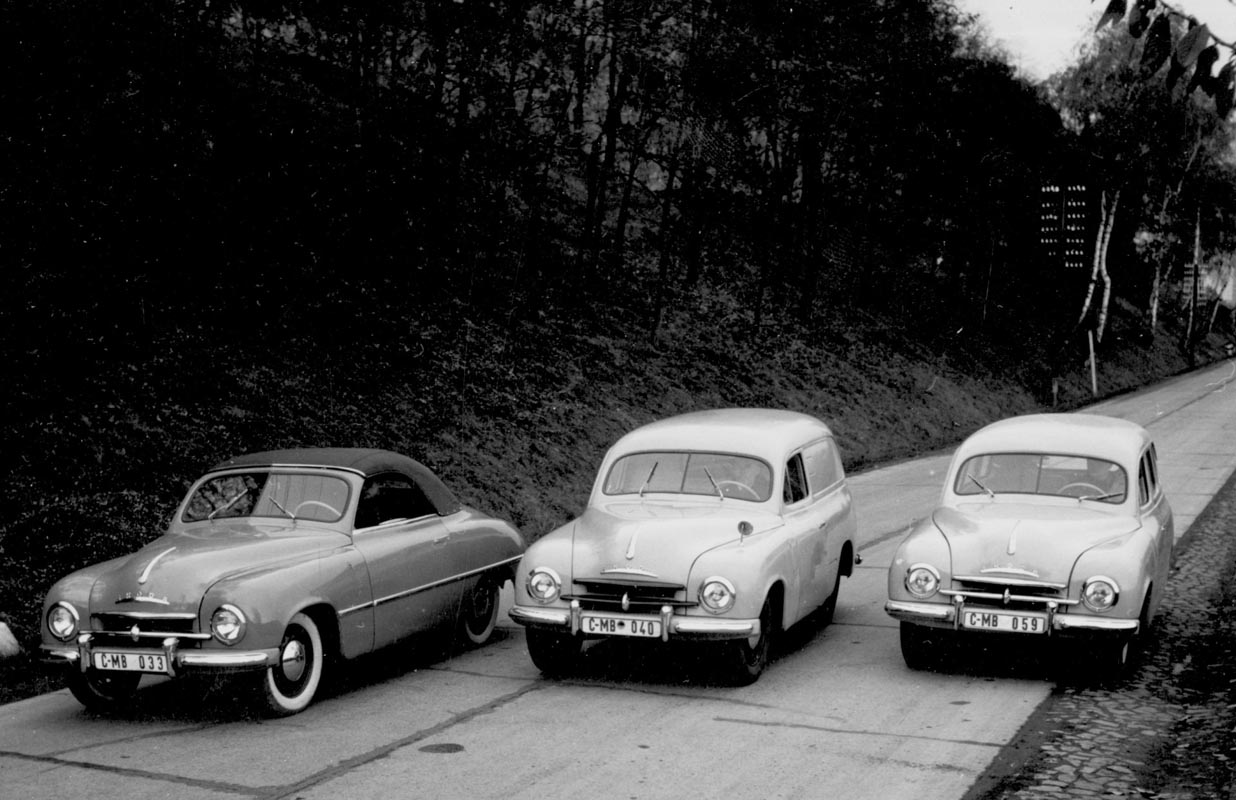 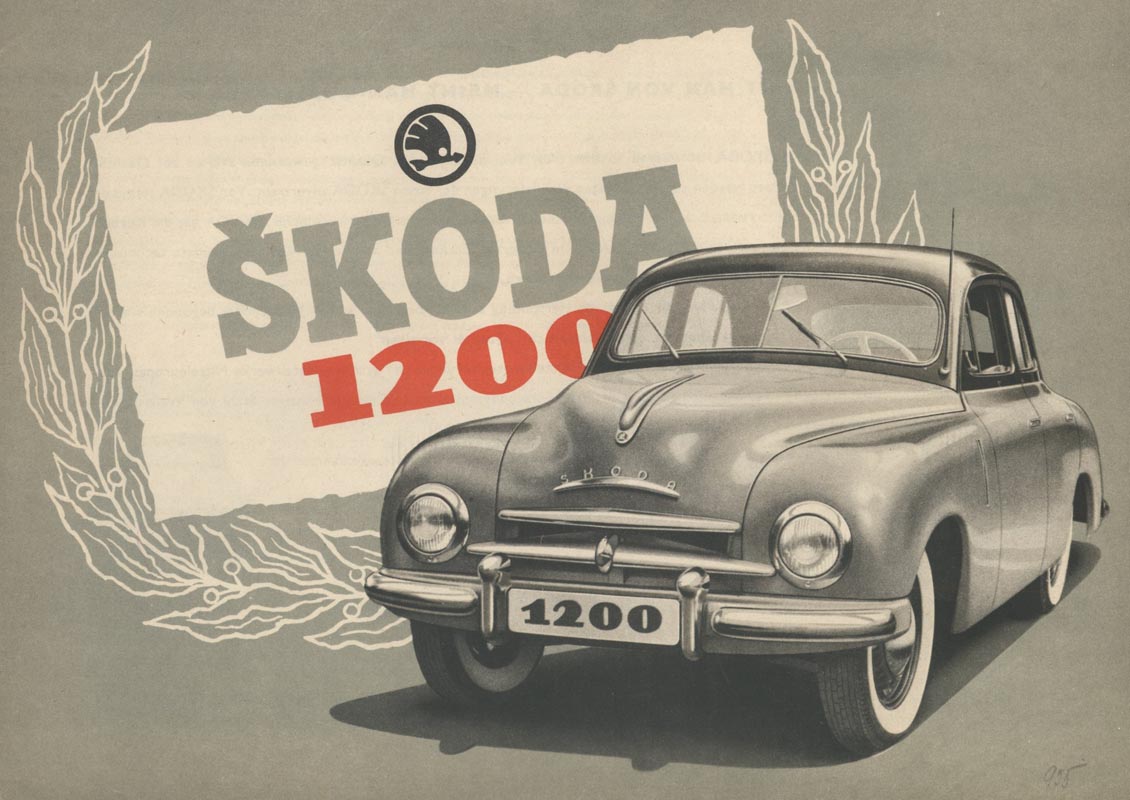