5 November 1921: The Star In The Ring Becomes A Globally Known Trademark 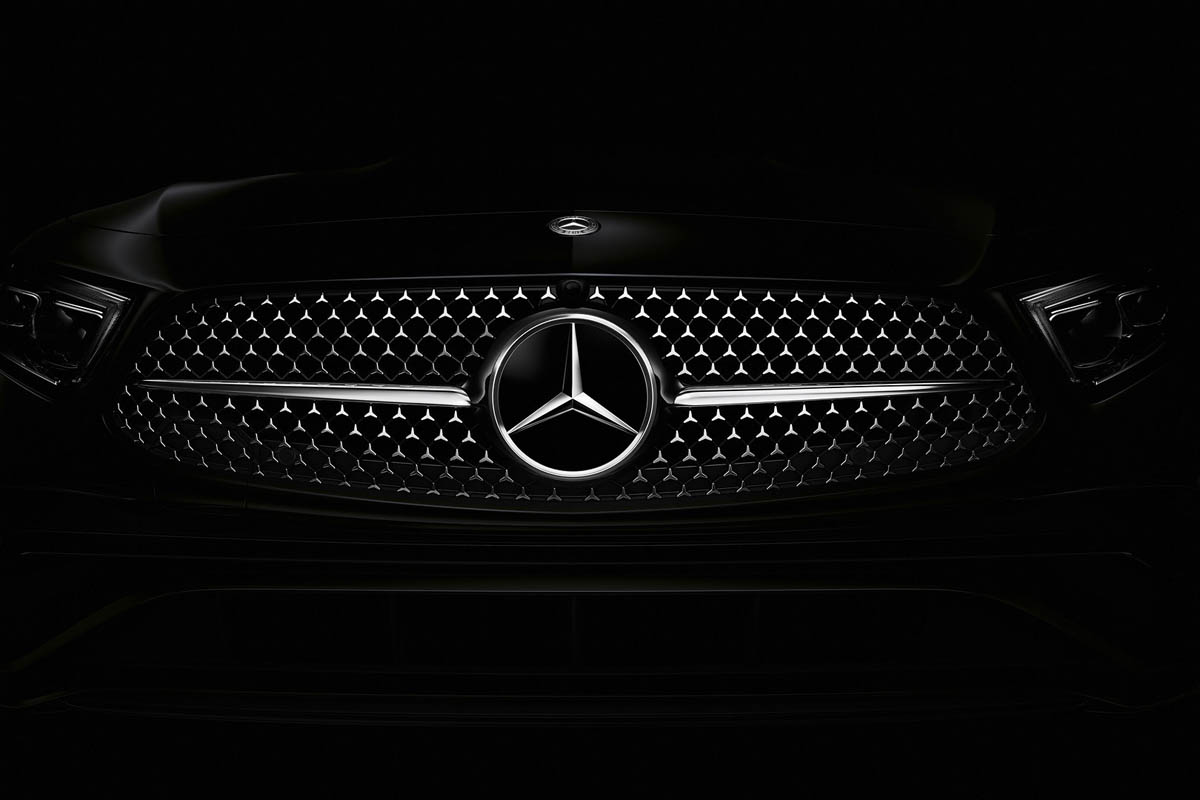 The three-dimensional Mercedes star in the ring is the symbol of a continuing success story: Mercedes-Benz has just recently maintained its top position as the only European brand in the top ten of the “Best Global Brands 2021”. In the current ranking of the renowned US brand consultancy Interbrand, the brand with the star is once again – and thus unchanged since 2018 – ranked in eighth place. The brand value has increased by three per cent to 50.866 billion US dollars compared with 2020. Consequently, Mercedes-Benz remains the world’s most valuable luxury car brand for the sixth year in a row and the only one in the top ten.

The trademark with its enormous charisma celebrates a great anniversary in 2021: The star in the ring is 100 years old in this form. On 5 November 1921, Daimler-Motoren-Gesellschaft (DMG) applied to the patent office for utility model protection for this and other variants of its trademark. It was registered as a trademark in August 1923. The cooling water screw cap immediately became a pedestal for the new Mercedes brand signet. Soon, it was also used in other parts of passenger cars and commercial vehicles. The star itself – without the surrounding ring – had been known for a good decade. DMG applied for utility model protection for it in 1909, and it was entered in the trademark register in 1911.

A very special Mercedes star with an impressive five-metre diameter can currently be admired free of charge in front of the Mercedes-Benz Museum: the star of Stuttgart’s station tower is temporarily on loan while the station building is being rebuilt and renovated. From 2025 onwards, this landmark of Baden-Württemberg’s state capital will once again shine in its traditional place. Stars of similar size shine and rotate on numerous buildings around the world. But you rarely get as close to them as you do at the Mercedes-Benz Museum.

Mercedes-Benz: merger of company and trademark in 1926

The merger of DMG with Benz & Cie. to form Daimler-Benz AG also saw their trademarks merge: from the summer of 1926 onwards, DMG’s three-pointed star was edged with Benz’s laurel wreath – and has distinguished every Mercedes-Benz ever since, e.g. in the radiator grille, on the bonnet, on the steering wheel or on the rims. With the success of the new automotive brand, this synonym for technological innovation, engineering skill and brand-defining design began to enjoy a tremendous level of recognition worldwide and acquired immense standing.

The history of the star and laurel wreath goes back to the previous century. As early as 1899, Austrian businessman Emil Jellinek, who lived in Baden near Vienna as well as in Nice, used the name of his daughter Mercédès as a pseudonym for team and driver when using DMG vehicles. A little later, the name “Mercedes” became the product name of the vehicles that Jellinek ordered from DMG. It was registered as a trademark on 26 September 1902.

The term is followed by the characteristic symbol: Paul and Adolf Daimler, the sons of automobile pioneer Gottlieb Daimler, who died in March 1900, remembered how their father had added a star to a postcard showing the family home many years ago. DMG took up the idea and applied for utility model protection for a three-dimensionally drawn representation of the symbol designed by Adolf Daimler himself. The three-pointed star was intended to symbolise Gottlieb Daimler’s vision of motorisation “on land, on water and in the air”. On 24 June 1909, DMG registered the characteristic Mercedes star as a trademark with the German Imperial Patent Office.

Independently of this, the competing Benz & Cie. registered the “Benz” lettering framed by a laurel wreath as a trademark on 6 August 1909. In October 1910, it was entered in the symbol records. The laurel wreath – instead of the cogwheel used until then – was apparently intended to refer to the significant victories of the Mannheim company in motorsport.

The fact that both manufacturers registered their new trademarks in the same year appears in retrospect to be a parallel to the year 1886. For it was then that Carl Benz and, a little later, Gottlieb Daimler invented their automobiles powered by a high-speed internal combustion engine.

The three-pointed star in the laurel wreath

After the establishment of the community of interests between Benz and Daimler in preparation for the corporate merger on 1 May 1924, the emblems of the two oldest car manufacturers initially stood side by side. On 18 February 1925, accomplished graphic artists finally put the effective signets together. Thus, the three-pointed star and laurel wreath as well as the word marks Mercedes and Benz merged to form a new trademark. On 18 February 1925, the new emblem and subsequently the word mark “Mercedes-Benz” were registered. To this day, this trademark remains almost unchanged. As a badge with the highlighted three-pointed star, it adorns all Mercedes-Benz vehicles, quite apart from the larger star on the front of many vehicles of this brand, which stands on its own.

On a side note: parallel to the three-pointed star, DMG also had a four-pointed star protected in 1921. However, it was not used until many decades later, from 19 May 1989: as a trademark of former aerospace company DASA (Deutsche Aerospace Aktiengesellschaft) and later DaimlerChrysler Aerospace.

The marketing campaign for the anniversary

The campaign for the brand’s anniversary will start on the social media channels of Mercedes-Benz from 5 November 2021. The direct link to the sixty-second campaign film:

The spot explains the evolution of the Mercedes-Benz trademark and reaffirms its charisma. With a specially developed design language consisting of technical drawings as well as brand and product elements, Mercedes-Benz makes reference to a selection of past marketing activities. The format shows contemporary versatility and modern luxury: everything that the brand with the star stands for. Mercedes-Benz strives to inspire customers and meet their needs with a range of exceptional products and services. Sustainable, individual mobility is at the core of the company’s corporate strategy. 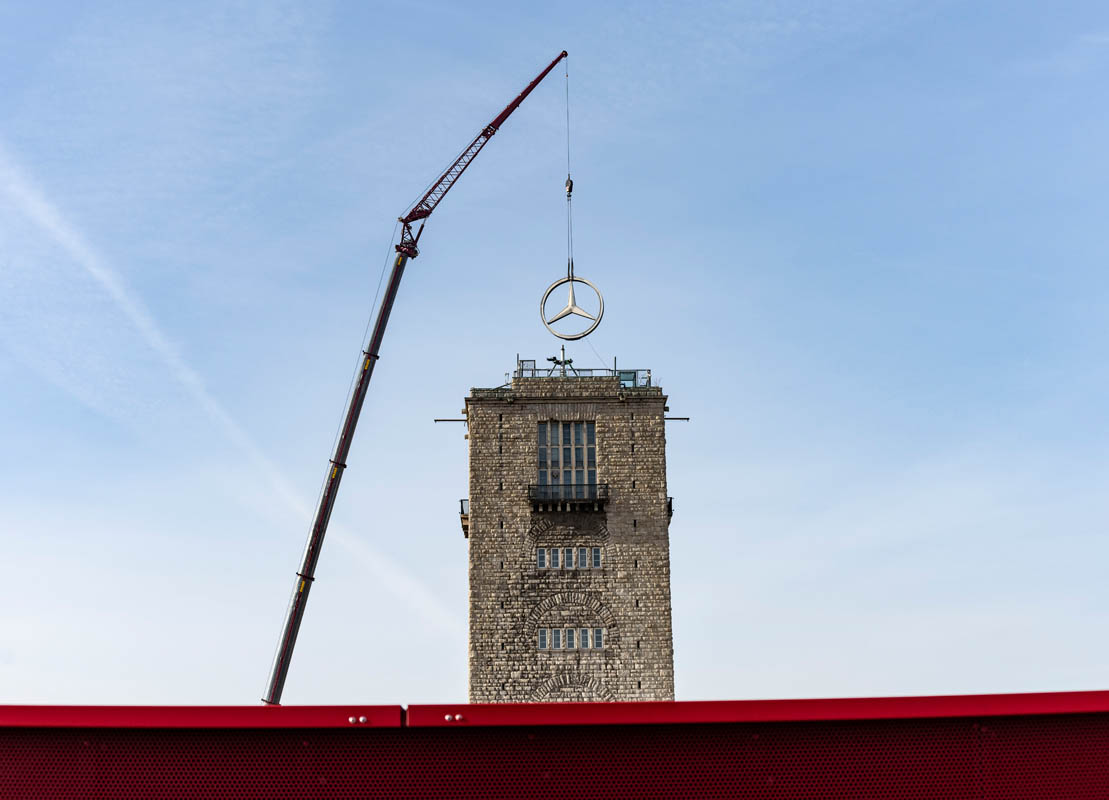 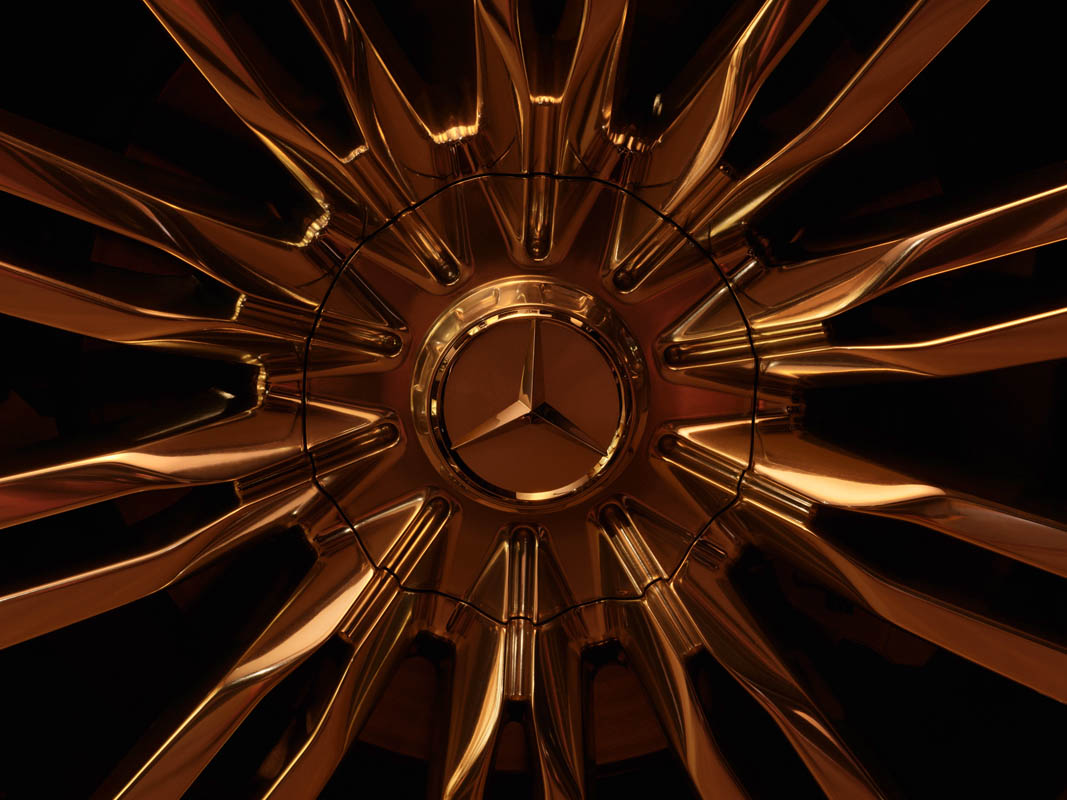 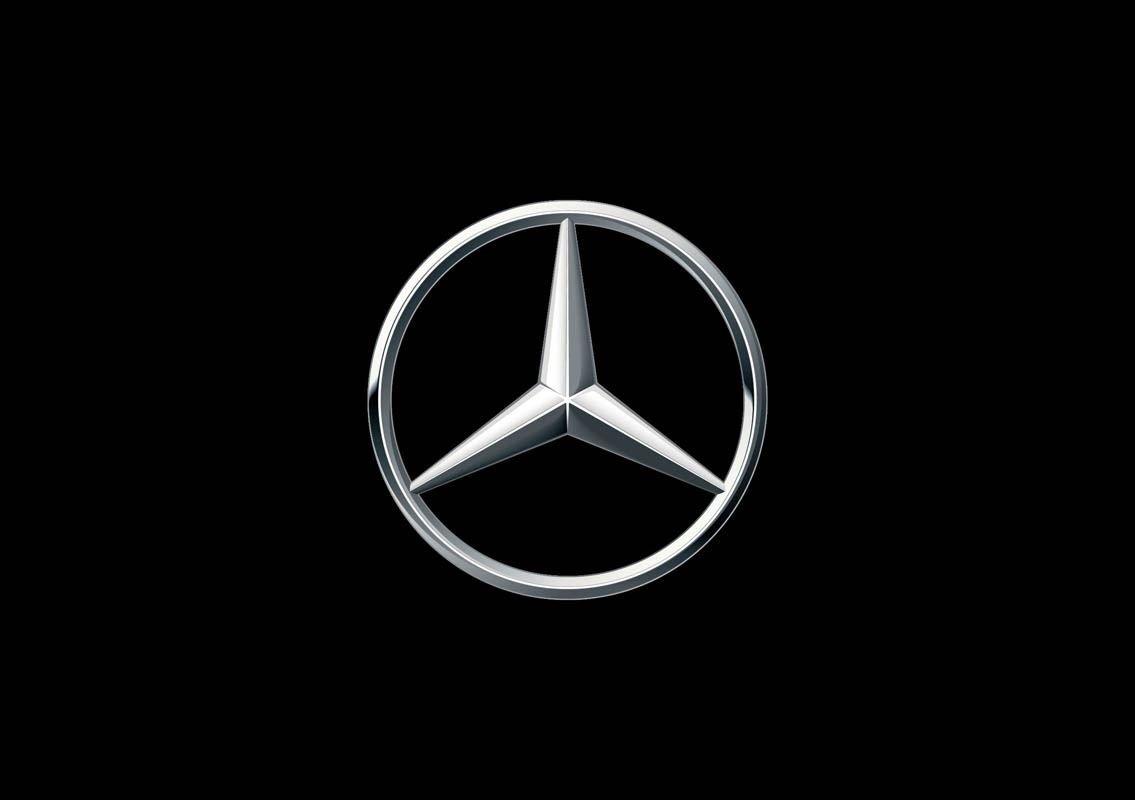 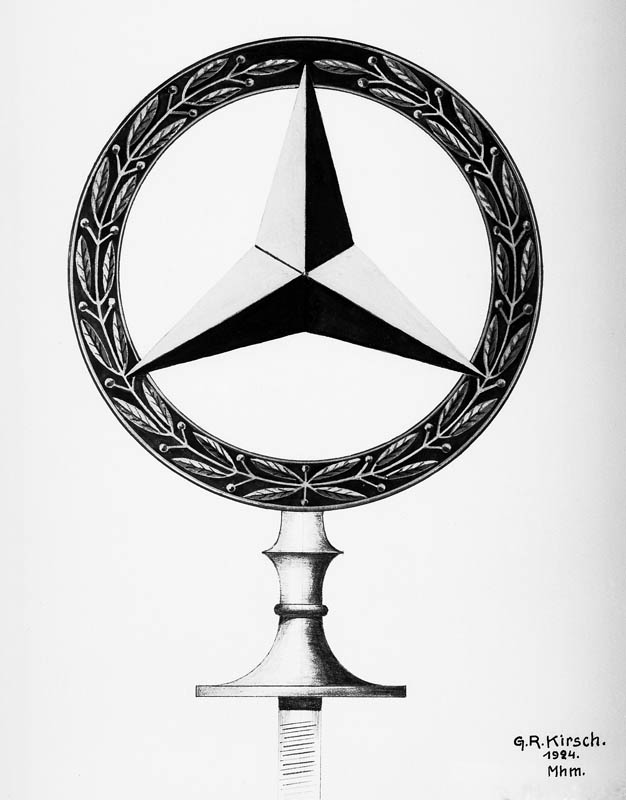 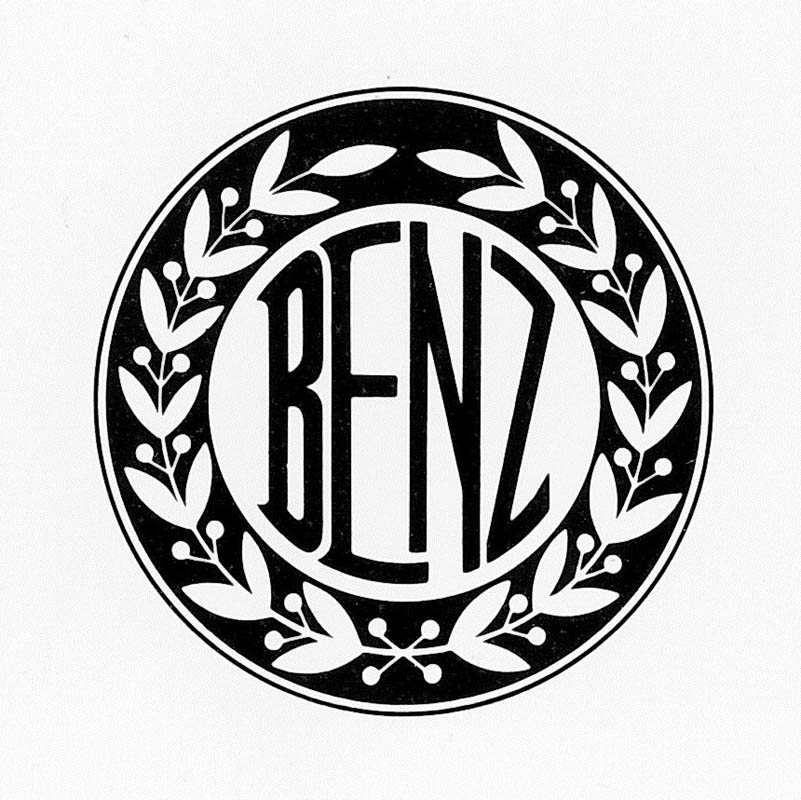 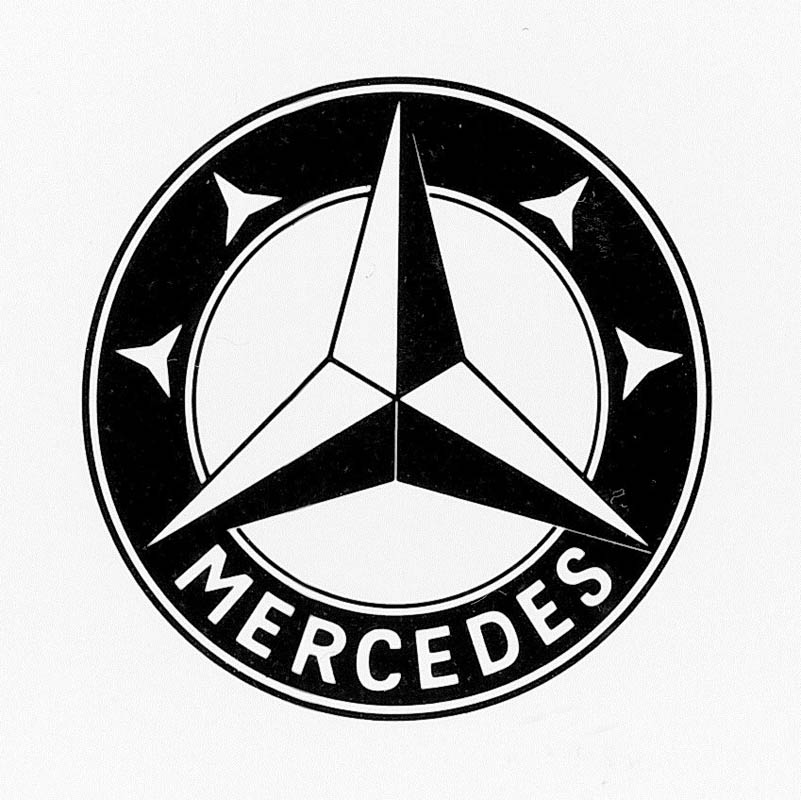 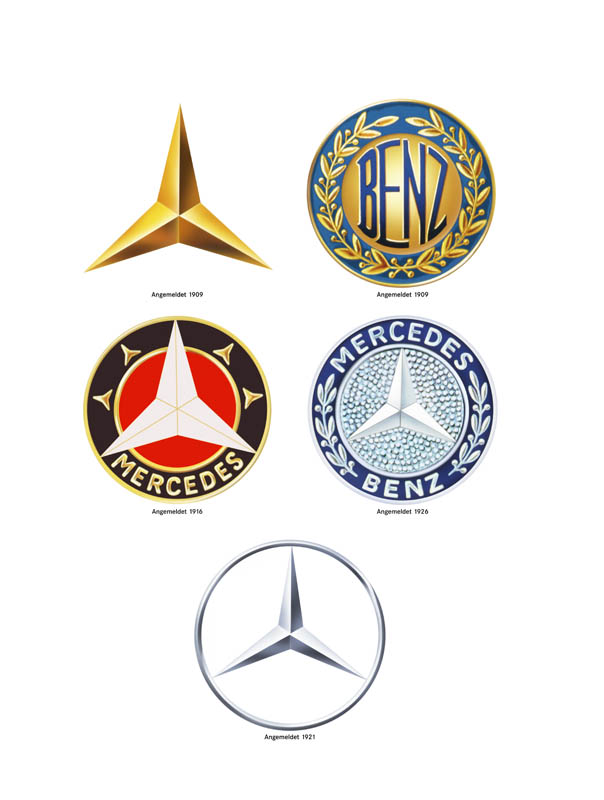 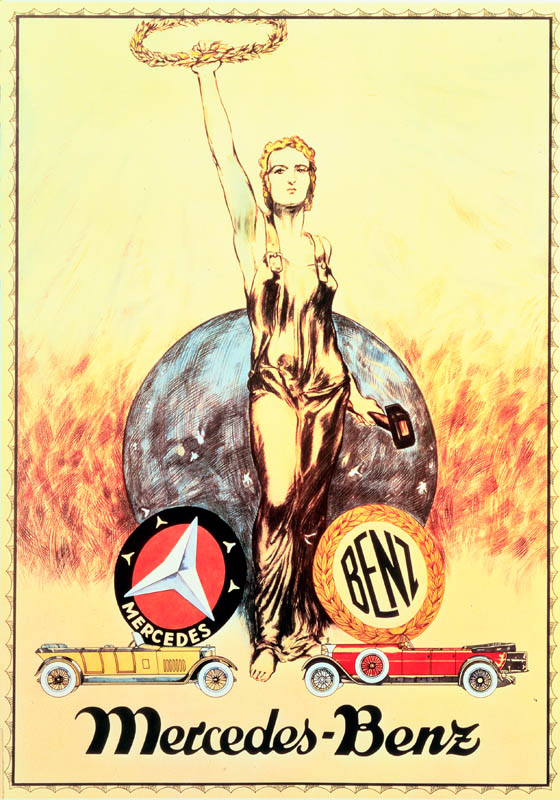 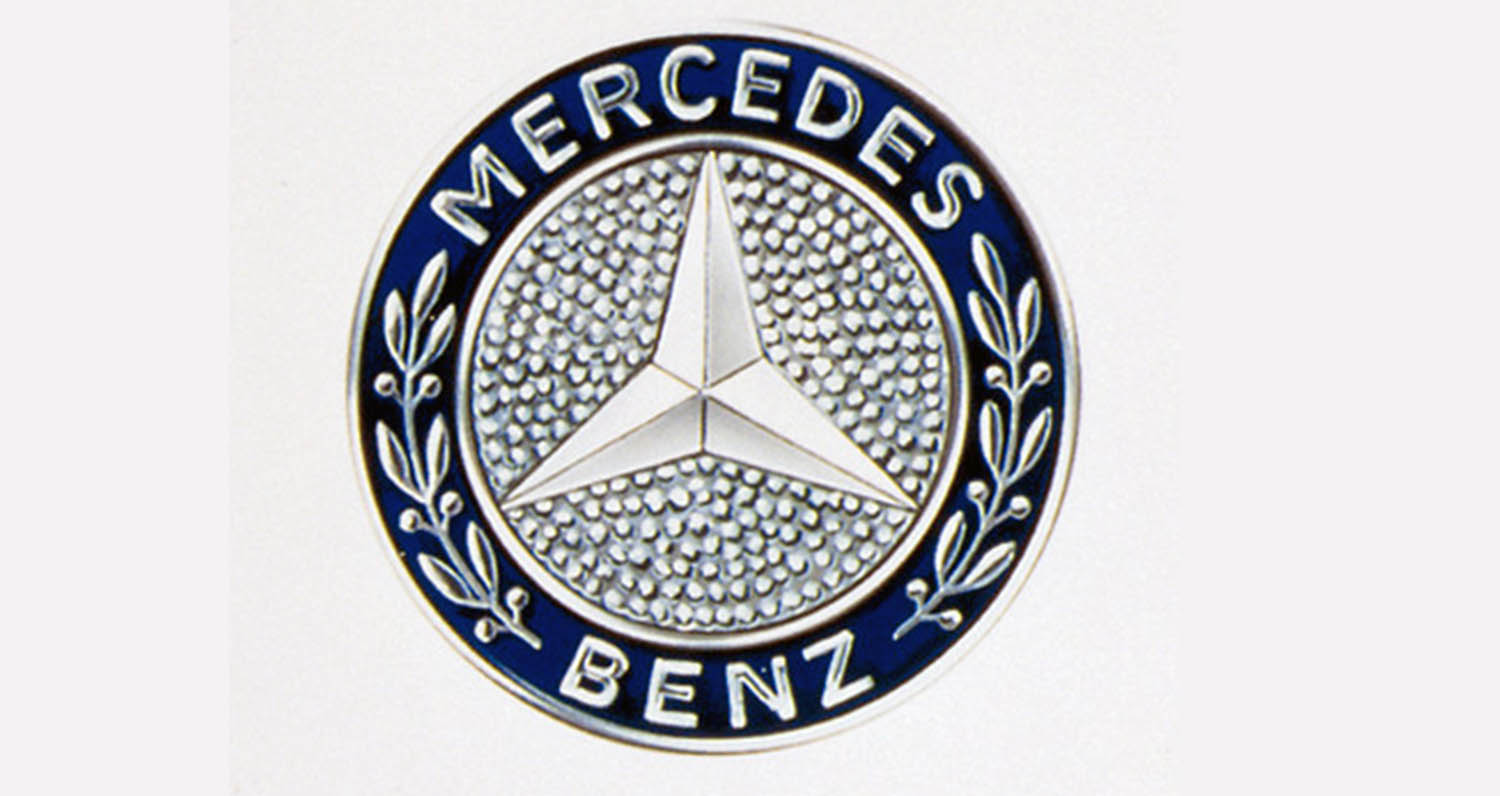 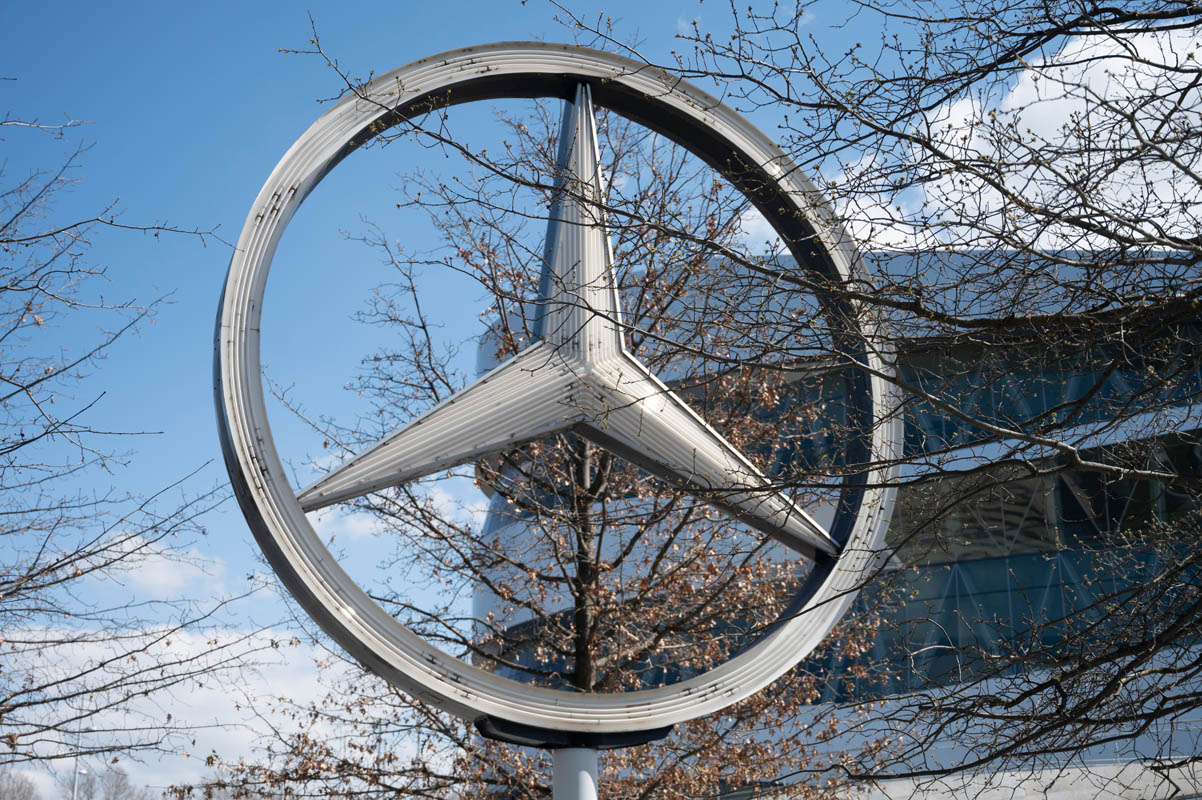