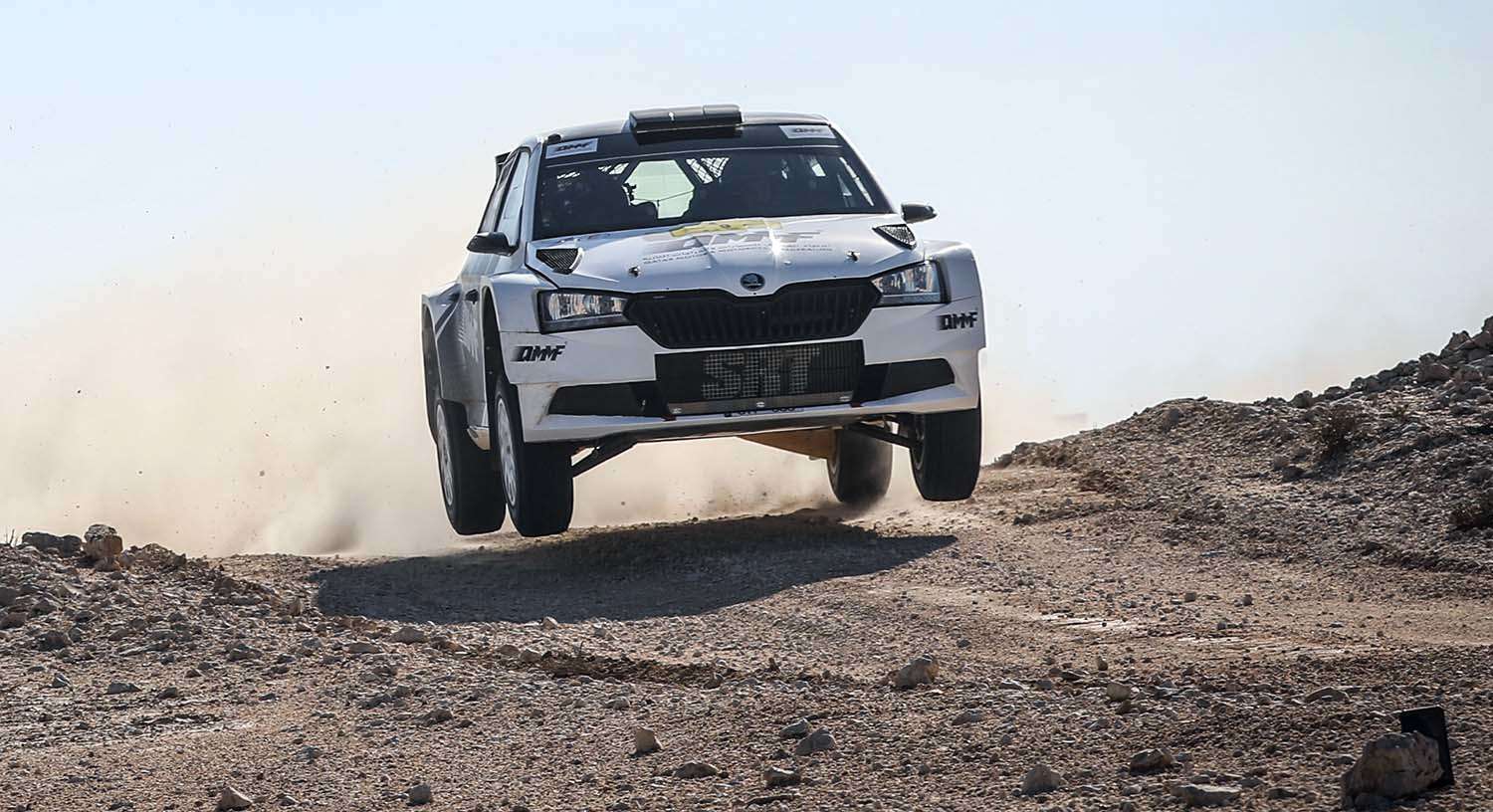 The 43rd Qatar International Rally was officially launched at the Losail International Circuit, on Thursday evening. Teams are now set for two days of competitive action and 12 graded gravel special stages through the northern Qatar deserts.

Several of the leading drivers joined QMMF President Abdulrahman Al-Mannai and QMMF Executive Director Amro Al-Hamed at the official pre-event press conference. This preceded the ceremonial start podium on the start line of the circuit that hosted a Formula One race for the first time in November 2021 and is preparing to host a MotoGP race at the start of March.

Competitors taking part in the second round of the FIA Middle East Rally Championship were able to fine tune car set-ups for the weekend with repeat passes through a seven-kilometre Shakedown stage that was introduced for the first time by rally organisers on Thursday afternoon. Not only did this provide an excellent media opportunity, it was also a chance for drivers to judge their pace against rivals before the timed action starts officially on Friday.

Mads Østberg clocked the fastest run of 3min 26.5sec on the Shakedown stage, the Norwegian edging Kris Meeke by just 0.4 seconds on the second of his three runs. Neither Nasser Saleh Al-Attiyah nor Hamed Al-Wahaibi took advantage of the opportunity to test against their rivals, but Abdullah Rawahi and Abdulaziz Al-Kuwari were tied in third place, despite a transmission issue for the Qatari.

With scrutineering formalities completed in the morning and recce already in the can, the serious business of team strategy and car set-up was the focus before the ceremonial start. Local hero Al-Attiyah is aiming for a 16th win on his home rally, while his main WRC rivals, Kris Meeke and Mads Østberg, know the scale of the challenge they face this weekend.

“A good number of drivers here and there will be big competition,” said Al-Attiyah. “It’s home land for me and I know it very well. I will do my best to win this race. Some of the stages are run the opposite way to last time and some stages are new. It’s better than last time. I think everybody will enjoy. I am sure that Mads and Kris will push from the start. My strategy has to be to push, because Kris is very fast and Mads is also very fast. It will not be easy. It’s perfect to have them here. We need to push the championship.”

His co-driver Mathieu Baumel missed out on the Oman Rally outing last month but is fighting fit for Qatar. The Andorra-based Frenchman said: “Like every year, a lot of stone everywhere. That’s what makes this race challenging. It will be interesting, especially with Kris and Mads here. We made some good pace notes and we prepared well. We need to make the first loop on Friday to see where we are and what we need to do and to see whether we need to push more. Let’s see if we have some problems or not. It’s nice to see so many quality cars here.”

Meeke said: “It’s actually going to be quite a challenge. The stages have been graded and, in some ways, that helps us because it prevents you sliding into a corner and reduces the risk of picking up a puncture. When you slid wide before there was also the chance of picking up the wrong track with three or four tracks heading in similar directions.”

Østberg added: “It’s totally new for me, obviously, and it’s going be a big challenge. The first two stages are quite like WRC in their character, so let’s see what we can do.”

Nasser Khalifa Al-Atya is driving a Motortune-prepared Ford Fiesta R5 and has Lebanese co-driver Ziad Chehab on the pace notes to replace Giovanni Bernacchini for this rally.

The former MERC runner-up and winner of the 1993 Qatar Rally said: “The recce went very well. The most important thing was the set-up of the stages. The organisers did a great job with the grader and were able to close off the chance to take lines into the corners. I congratulate the organisers on this effort.  Everything is clear now for the drivers. I did good pace notes, so it will be good fun. I am second in the points in the championship and will try and keep the same pace. My car is not as strong as the Volkswagen and the Škodas and, with my age, I will try and keep to my pace.”

Oman’s Hamed Al-Wahaibi returned to top flight action in 2021 after a long lay-off and set several fastest times at last month’s season opener. The veteran hasn’t taken part in the Qatar Rally since 1997 when he finished third overall and first in Group N in a Mitsubishi Lancer Evolution III with legendary co-driver Terry Harryman. That year, the event was won by Mohammed Ben Sulayem, the recently-appointed President of the FIA.

Al-Wahaibi said: “The event is very well organised. I like the set-up at Losail. It’s fantastic. They have done a good job working on the desert stages. I had a bit of experience of desert rallies in ’97 and also 2010 when I did Dubai. I have experience, so I know how it goes. Tony (Sircombe) was really shocked. You come into areas and you cannot see if there is a track. Getting your eyes used to is the key. I guess he might suffer a bit getting used to it.

“It’s fantastic to be here and able to compare ourselves with the top guys, Nasser, Kris and Mads. Trying to be close to them would be great. We are going to fight a bit but we will see how it goes after the first few stages. I am really excited. The speeds are so high. It is fast, fast, fast. I think it is going to be a puncture rally, with some sharp rocks. Let’s hope we survive the punctures.”

Tomorrow, competitors tackle two loops of three gravel stages. Action gets underway with a sprint through the short Eraida (8.89km) stage from 09.58hrs and this precedes the Al-Thakira (20.15km) and Al-Khor (16.17km) tests in the northern deserts from 10.26hrs and 10.57hrs, respectively.

Teams then return to Losail for a regroup and midday service and the three timed tests are then repeated from 13.13hrs, 13.41hrs and 14.12hrs. 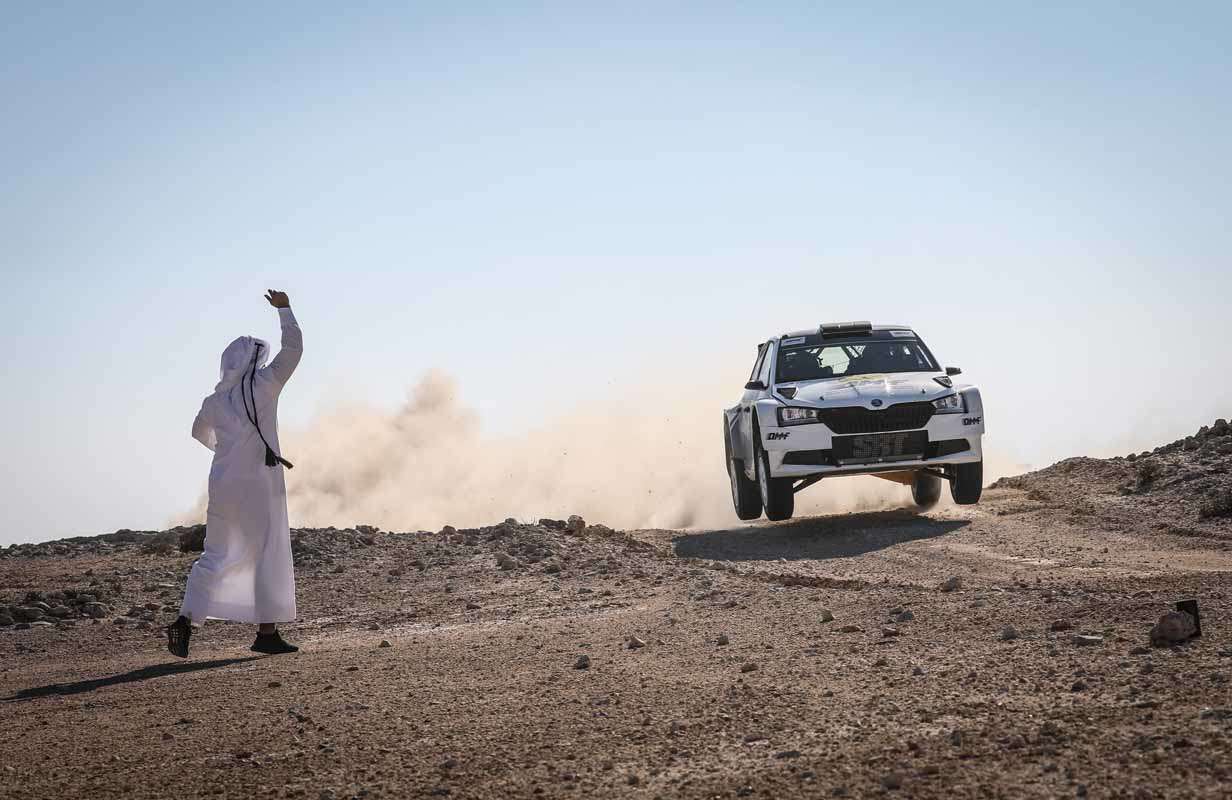 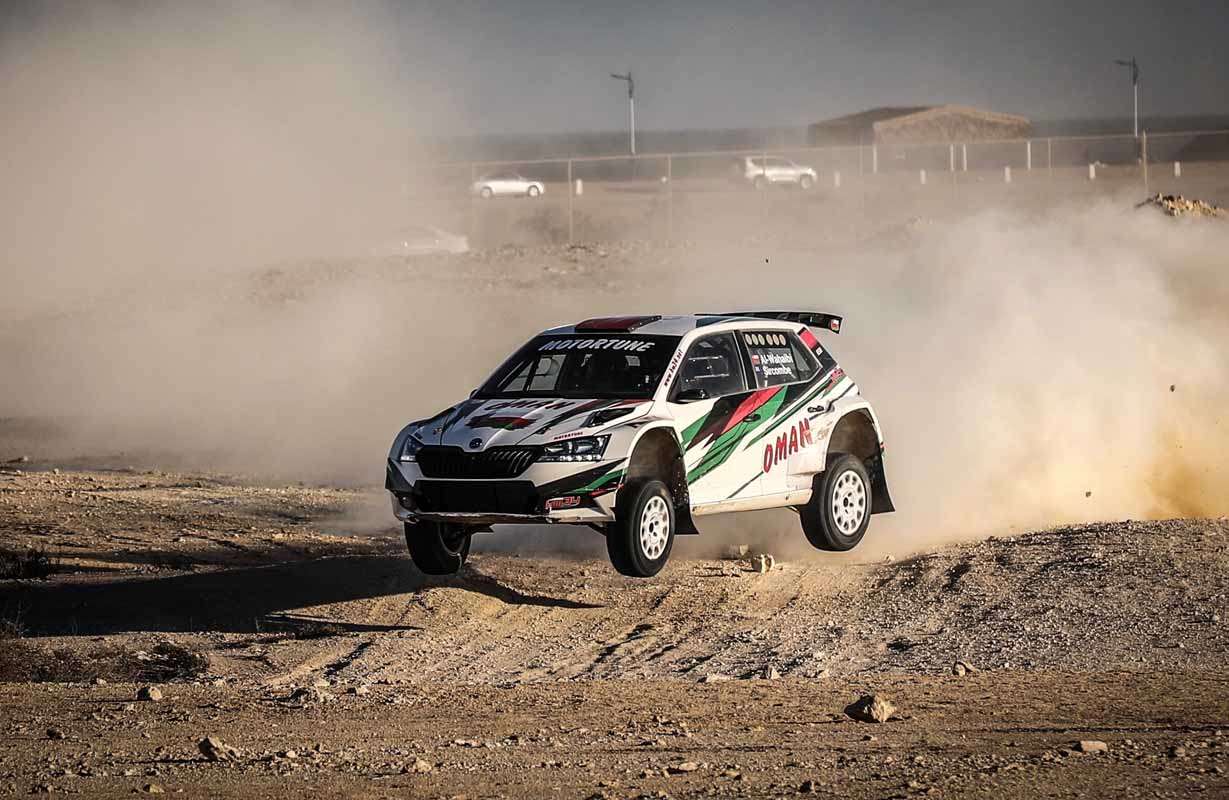 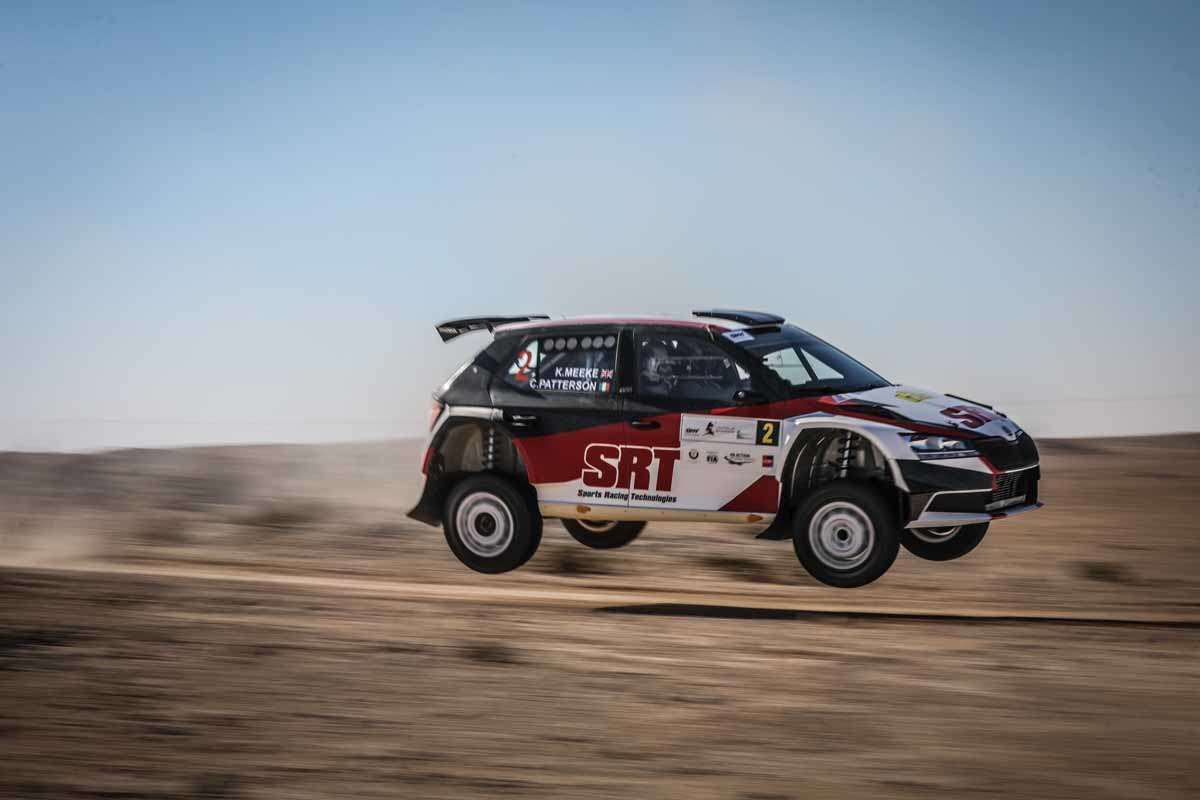