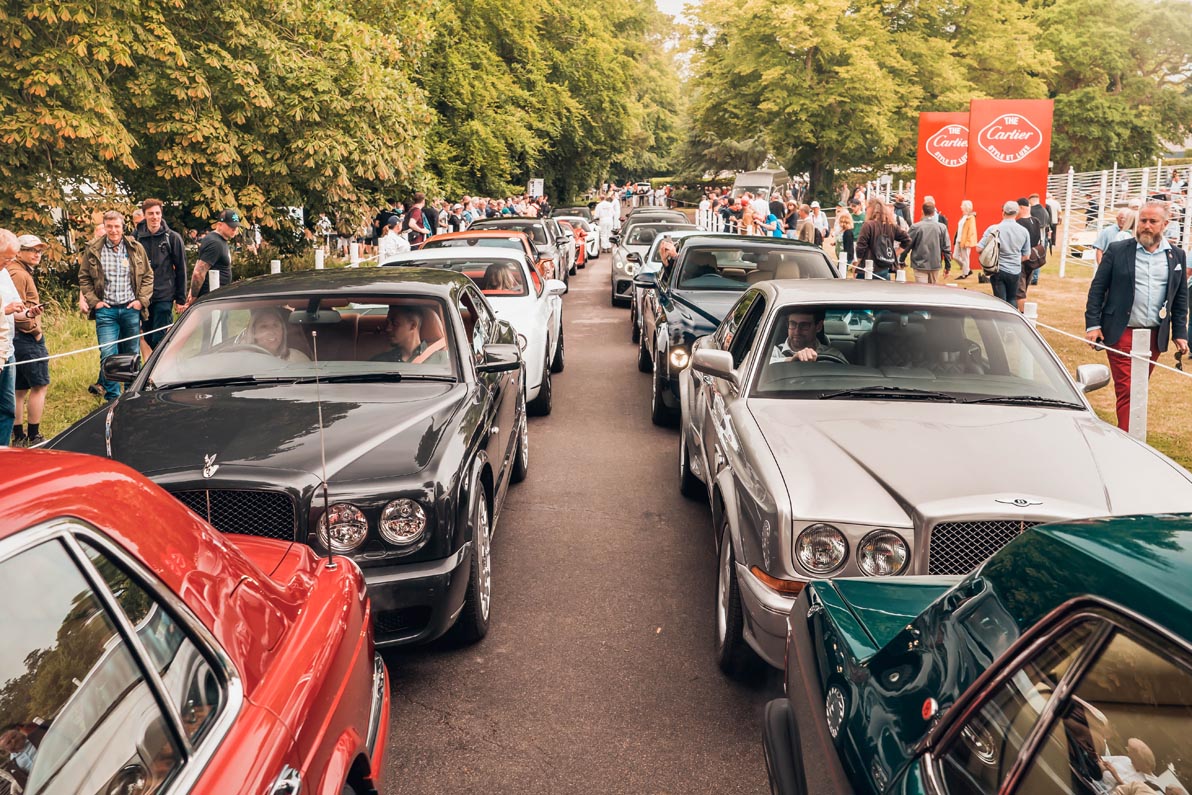 Bentley has celebrated four decades of handcrafting turbocharged grand tourers with a ten-car parade at the Goodwood Festival of Speed today. 40 years ago, at the Geneva Motor Show, the company revealed its first-ever turbocharged production model – the Mulsanne Turbo. This four-door sedan marked a turning point in the company’s fortunes, redefining its performance credentials and inspiring press headlines such as ‘Return of the Blower Bentley.’

In the forty years since the first turbocharged Bentley, the immense reserves of power and effortless torque that characterise Bentley engines have become inseparably associated with turbocharging. Today’s W12, V8 and V6 engines all benefit from turbocharging to deliver astonishing levels of performance and efficiency.

Bentley Motors will be showing seven turbocharged Bentley models from its Heritage Collection at the Goodwood Festival of Speed, alongside key models from the current range including the 659 PS (650 bhp) Continental GT Mulliner and three of the latest ‘S’ models featuring the 542 bhp (550 PS) 4.0-litre V8.

By the late 1970s Bentley sales were dropping; customers in major markets such as the US were simply unaware of the marque’s heritage or ethos. It was against this gloomy backdrop that Chairman David Plastow issued an intriguing challenge to chief engineer John Hollings; “Let’s have some fun”. He proposed they turbocharge the 6.75-litre V8 that had been the company’s sole powertrain since 1959.

It was an inspired suggestion: in its naturally aspirated form the big 90-degree V8 produced 200PS (198.5bhp), but the design – by engineer Jack Phillips – had the potential to handle far more power, with a short stroke and over-square cylinder dimensions. A conventional two-plane crankshaft offered perfect primary and secondary balance and the block was made of silicon-aluminium alloy. The pistons were aluminium, the five-bearing forged steel crankshaft featured six counterbalance weights and the combustion chamber was a modified hemisphere, with central spark plug and two overhead valves.

When turbocharged, the 6.75-litre V8’s power output leapt to 300 bhp, endowing the Mulsanne Turbo with acceleration faster than that of a contemporary Ferrari. In 1985 the company introduced its successor, the Turbo R, which featured significant improvements to handling and roadholding. A new chapter in Bentley’s history had begun.

A Parade of Bentleys

The ten Bentleys assembled at Goodwood to mark the occasion were as follows: 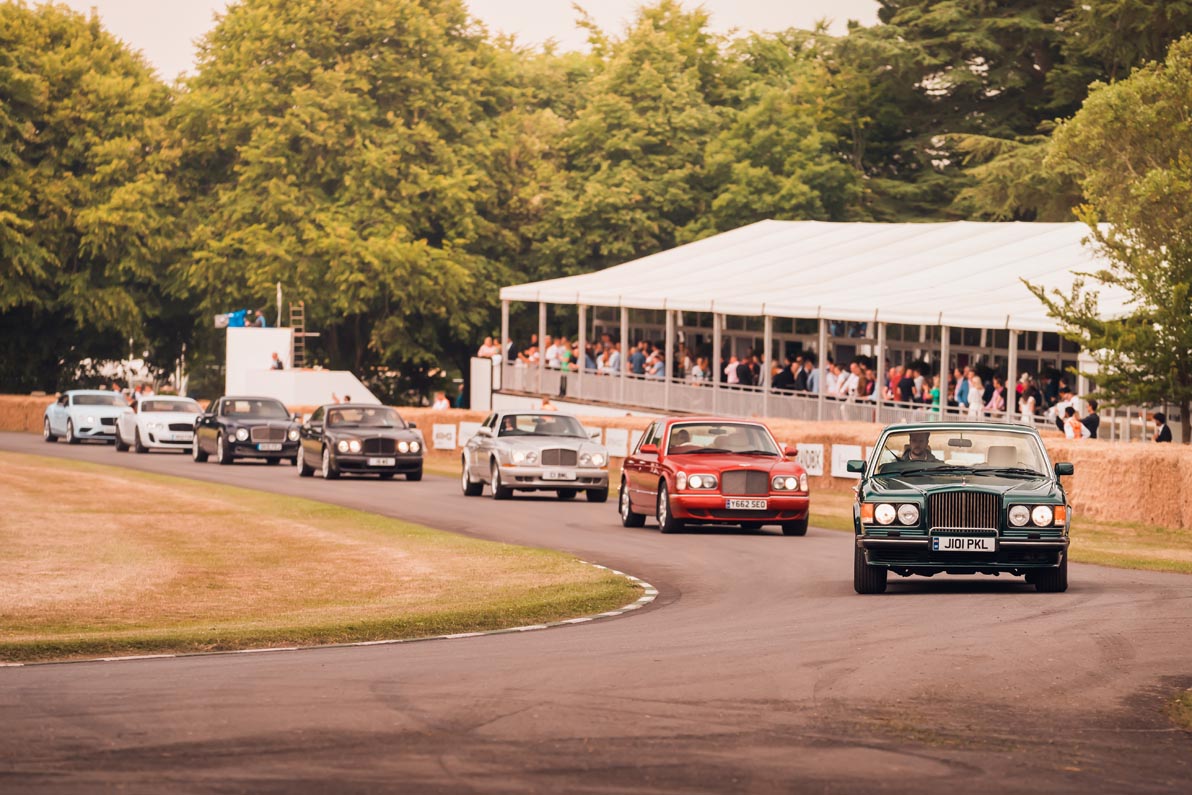 The Turbo R – A New Chapter

The Turbo R was a major sales success for Bentley. A nine-month waiting list proved that Bentley’s renaissance as a high-performance marque was under way. 4,111 examples were built during its 9-year production run.

At the Goodwood Festival of Speed Bentley Motors will be showing its Heritage Collection Turbo R, a 1991 model in Brooklands Green with a yellow coachline. The interior is trimmed in Magnolia hide with Spruce piping and Burr Walnut veneer. Its specification includes anti-lock brakes and fuel injection (both were introduced in 1987), slimmer sports seats and a higher final drive ratio.

With a top speed of over 150 mph the Continental R, launched at Geneva in 1991, was a true high-performance grand tourer, and the first Bentley with its own unique body since the R Type Continental of 1952. Its turbocharged 6.75-litre V8 developed 355bhp; 0-62mph took just 6.6 seconds. While it was no lighter than the Turbo R, the sleeker, more aerodynamic shape gave it a 9 mph higher top speed, at 152 mph. The Heritage Collection’s example is the very last Continental R Final Series off the production line, finished in Silver Pearl with a Black hide interior.

When the Arnage was first launched in 1998, it was powered by a 4.4-litre BMW V8. Impassioned pleas from Bentley owners around the world and the personal intervention of VW Group Chairman Ferdinand Piëch persuaded management to reconsider, and shortly after the company became part of the VW Group, Bentley announced a new ‘Red Label’ Arnage with the beloved Jack Phillips-derived 6.75-litre V8 back under the bonnet. In this form it developed 405 PS (400 bhp) and 835 Nm, restoring the effortless ‘wave of torque’ character to the Arnage that had been such a distinctive feature of the Turbo R. The 0-62 mph benchmark took just 6.3 seconds with a governed top speed of 155 mph.

The enduring appeal of the Bentley 6.75-litre V8, and continuing demand for hand-built craftsmanship at the highest level, inspired Bentley to offer a limited-edition coupé based upon the Arnage platform. Further revisions to the twin-turbocharged 6.75-litre V8 raised the power output to 535 PS (530 bhp) with 1,050 Nm of torque. Top speed was 183 mph (296 km/h) and the 0-62 mph sprint took 5.3 seconds – remarkable figures for a 2.7 tonne luxury coupé. The Brooklands in the Heritage Collection was the final example produced, leaving the production line in January 2010. The exterior is finished in Anthracite Grey, while the interior’s main hide colour is Newmarket Tan with Anthracite secondary hide.

By the time of the new Mulsanne in 2010, every component of the engine had evolved and the 6¾ litre V8 only shared its key internal dimensions and layout with its forebears. Variable valve timing and cylinder deactivation ensured that it was up to 99% cleaner and far more fuel-efficient than a 1950s Bentley V8 – indeed, it was theoretically possible to idle the Mulsanne’s V8 on the exhaust gases of the 1959 original.

The model in the Heritage Collection is the second to be built, chassis 000002. It is finished in Imperial Blue with an interior trimmed in Shortbread as the main hide and Imperial Blue as secondary hide. The veneer is Burr Walnut.

The year 2020 saw the last-ever Mulsanne, the 6.75 Edition, and thus the last iteration of the ‘Jack Phillips’ 6.75-litre V8 after more than sixty years of production.

The Continental GT, launched in 2003, was the first all-new Bentley since the original 3 Litre of 1919, with no components carried over from a previous generation. The new Bentley featured a 6.0-litre twin-turbocharged 48-valve W12 engine; in essence two narrow V6 engines on a common crankshaft. This design had multiple advantages; it was compact, so it could be mounted nearer the middle of the car, it was immensely smooth, and it gave the new Bentley the high torque power characteristics of a natural grand tourer, with a power output of 560 PS (552 bhp) and 650 Nm of torque. The W12 engine became the flagship powerplant of the Bentley range through to the present day, with constant evolution in each generation to improve power, fuel efficiency and reduce emissions. The first-generation Continental GT Supersports, launched in 2009, became the first Flex-Fuel Bentley, capable of running on any combination of gasoline and bioethanol with no reduction in power. A revised engine management system and improved airflow management increased power output to 621bhp. These changes, combined with a new Quickshift transmission, gave a 0-62mph time of just 3.7 seconds.  Bentley’s Heritage Collection Supersports is again the last car built.

The first new Bentley V8 engine in over 50 years made its debut in 2012 as the Continental GT V8. Its 4.0-litre V8 featured cylinder deactivation technology, ‘hot side inside’ turbo mounting, power recuperation via the alternator and engine management by 32-bit TriCore™ microprocessor. Together with a new eight-speed automatic transmission the new V8 delivered a 40% improvement in fuel efficiency compared with the 6.0-litre W12, while producing 500 bhp and 660 Nm of torque. A popular highlight of the second generation Continental GT was the V8 S, with a slight increase to 521 bhp and 680 Nm of torque, and represented at Goodwood by the Heritage Collection example in Jetstream.

At this year’s Festival of Speed, Bentley’s new S range of models will make their global debut – the Continental GT S, the Continental GTC S and the Flying Spur S. All are powered by the latest 4.0-litre V8 and represent a sharper edge, with a focus on driving performance and visual presence.

Today the advantages of turbocharging have seen its universal adoption from city cars to supercars. But it was a bold step in 1982 for Bentley to adopt the technology and one that paid off handsomely. In the words of automotive historian Eric Dymock, it was a decision that ‘recaptured Bentley’s soul’. That soul can be experienced today in Bentleys W12, 4.0 V8 and V6 hybrid models; the tidal wave of torque that is integral to Bentley’s appeal owes much to the turbocharger. 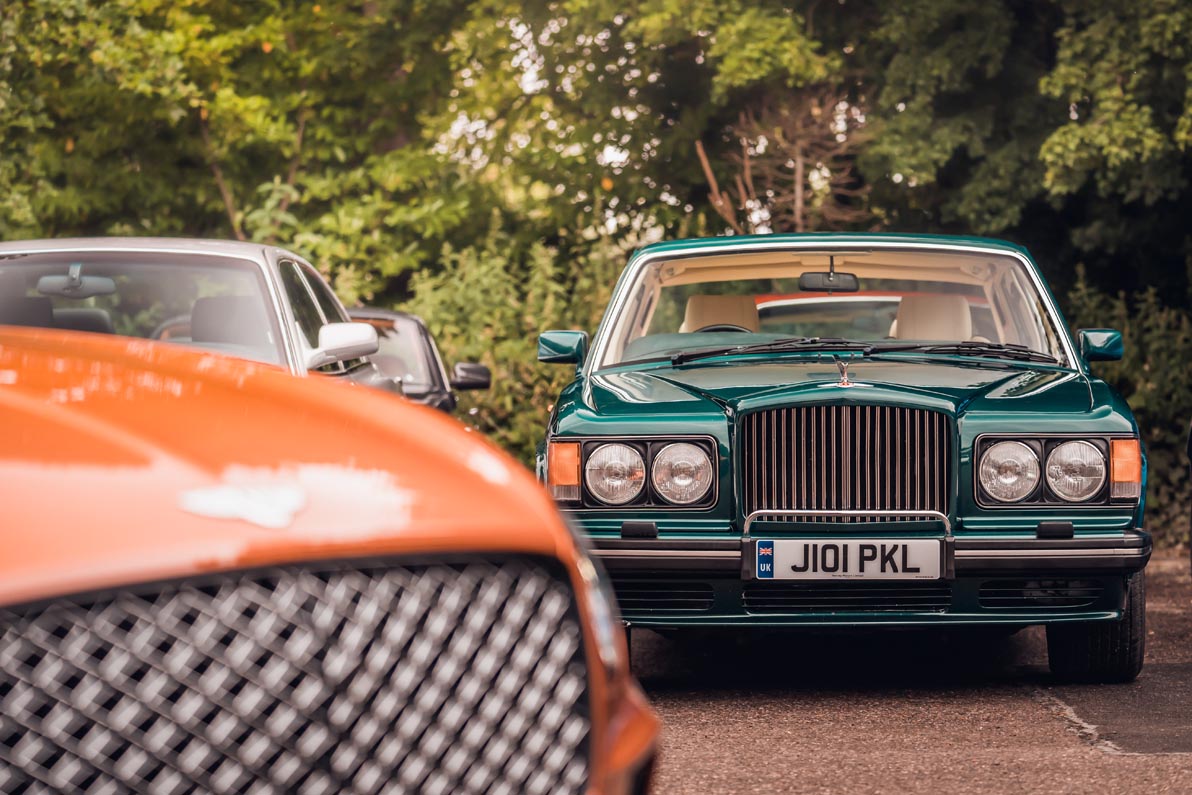 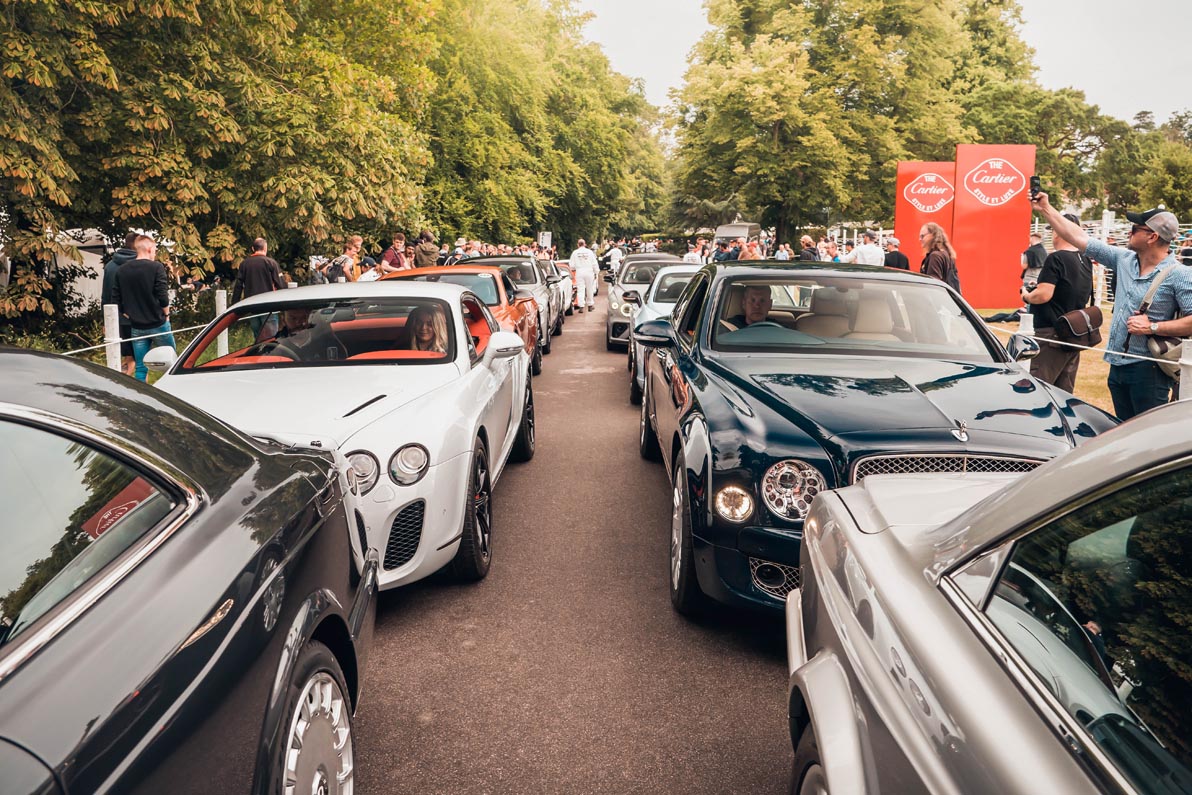 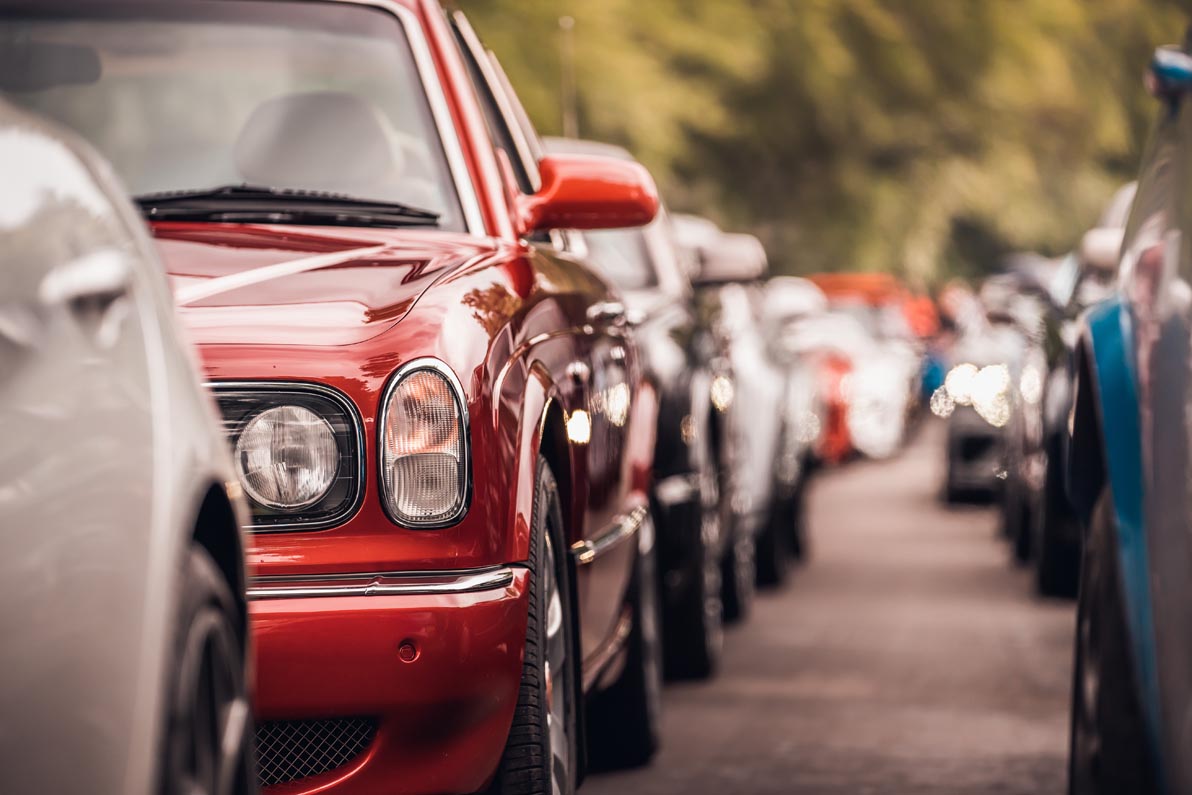 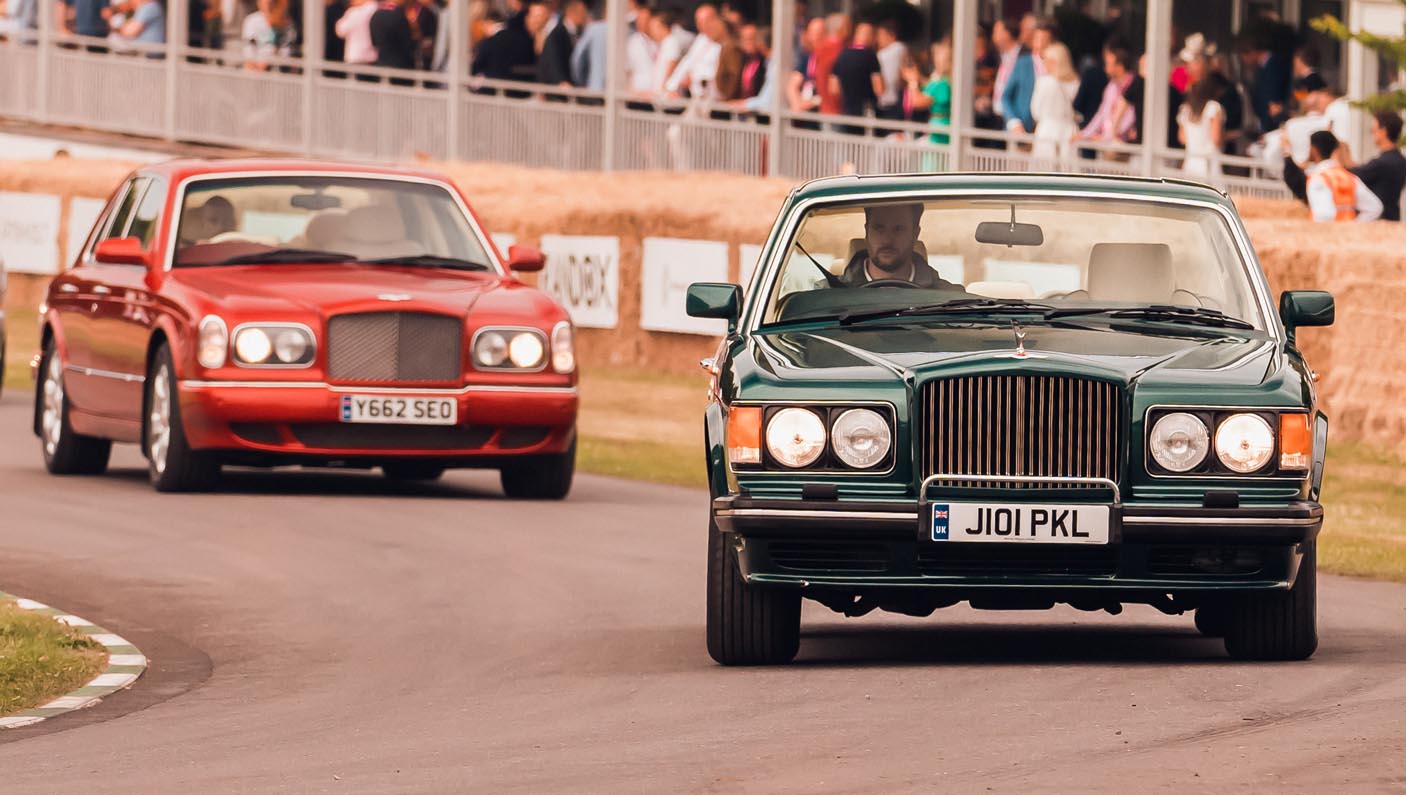 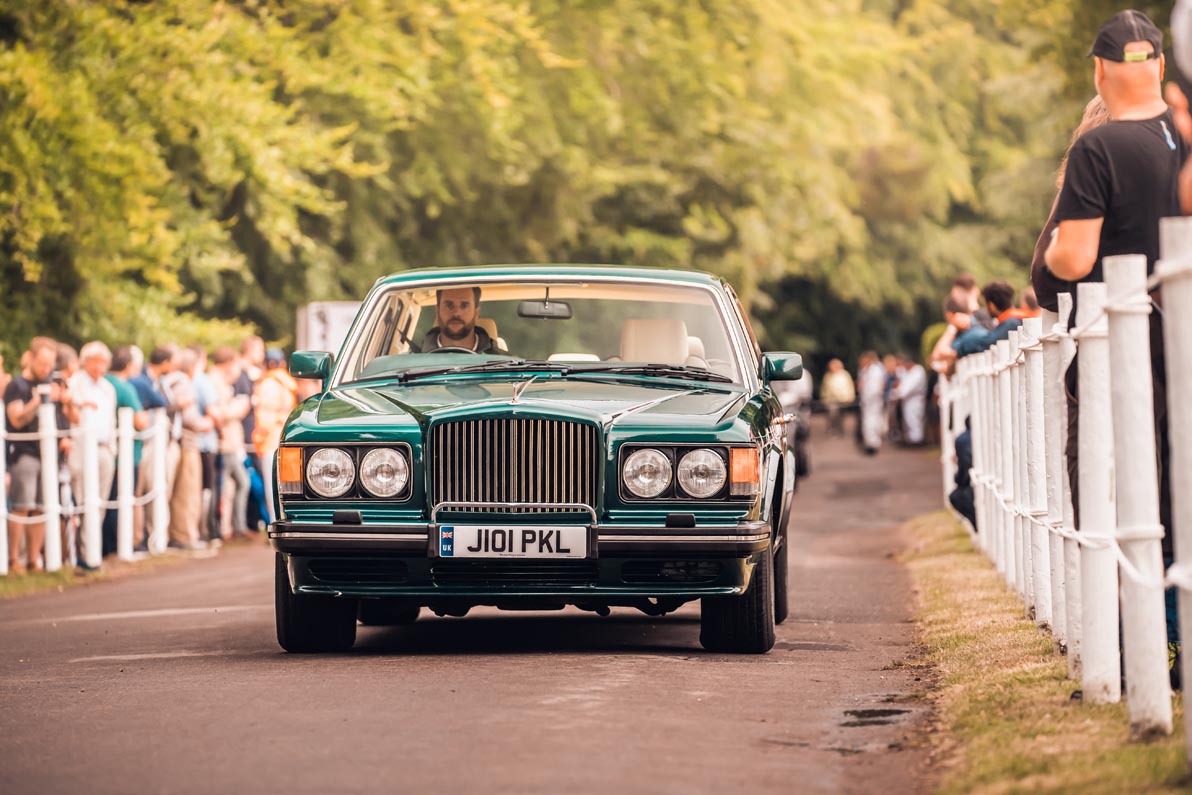 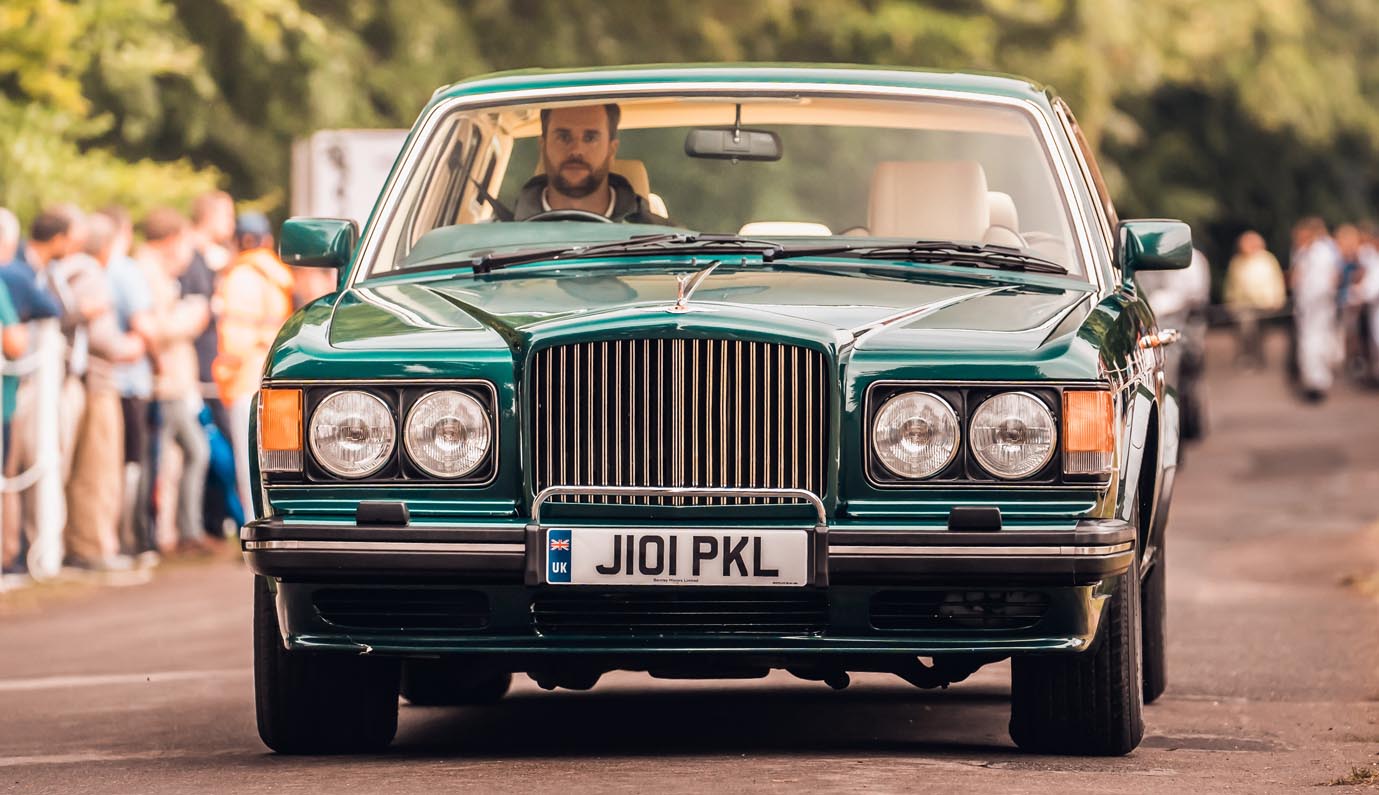 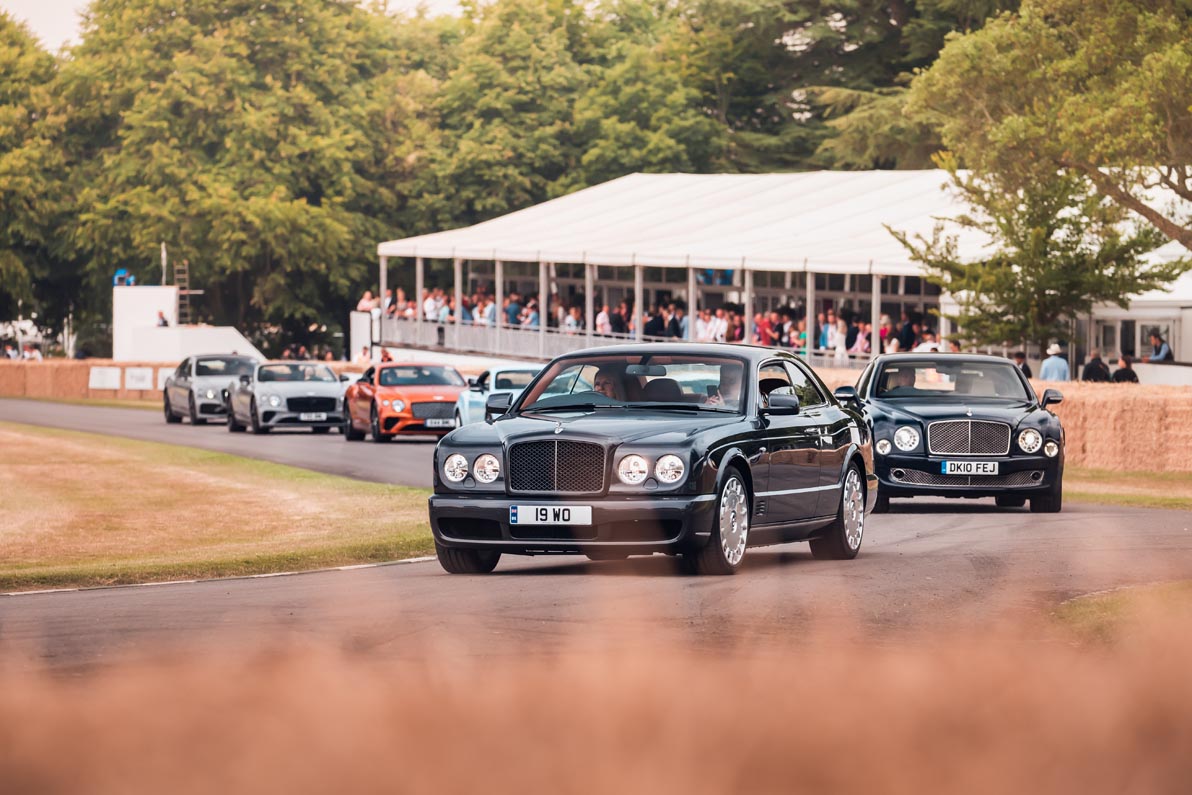 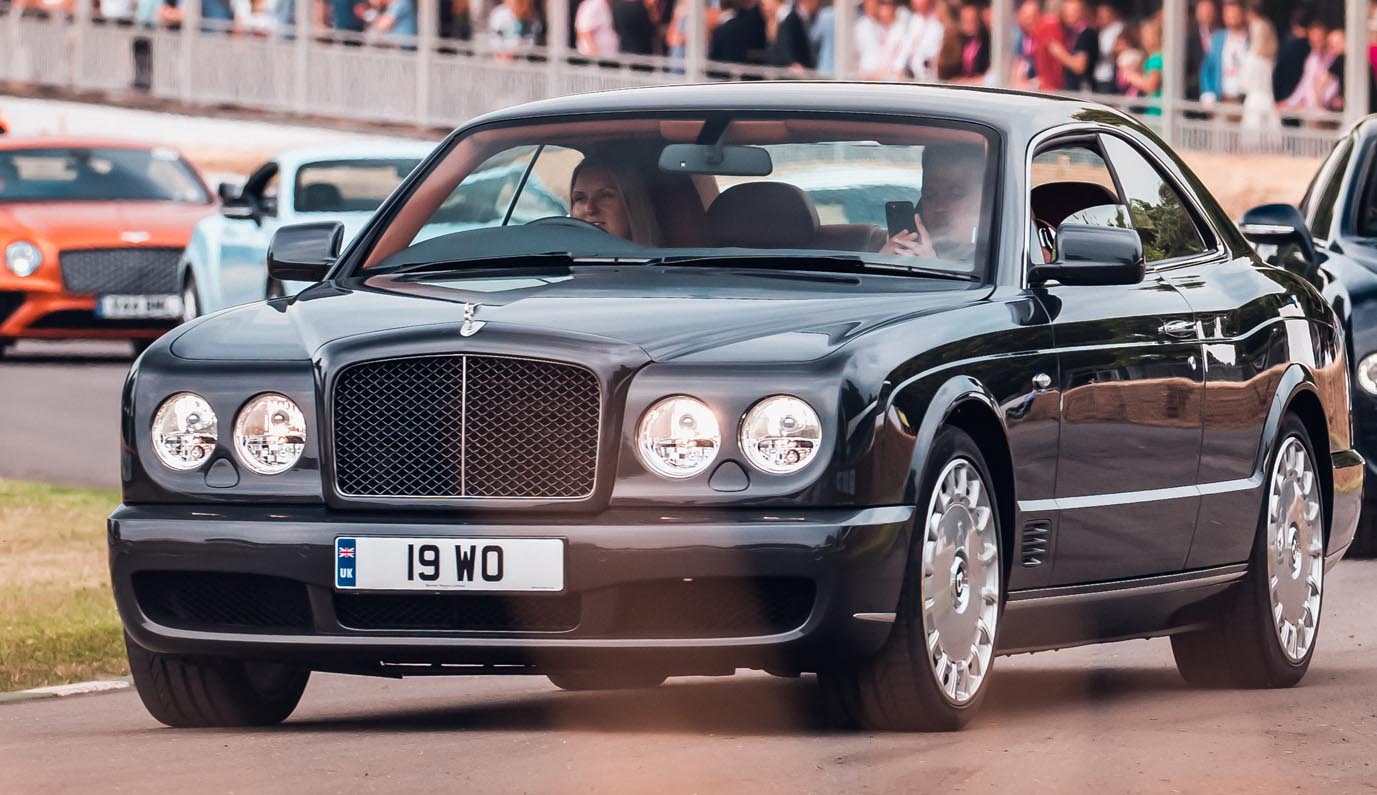 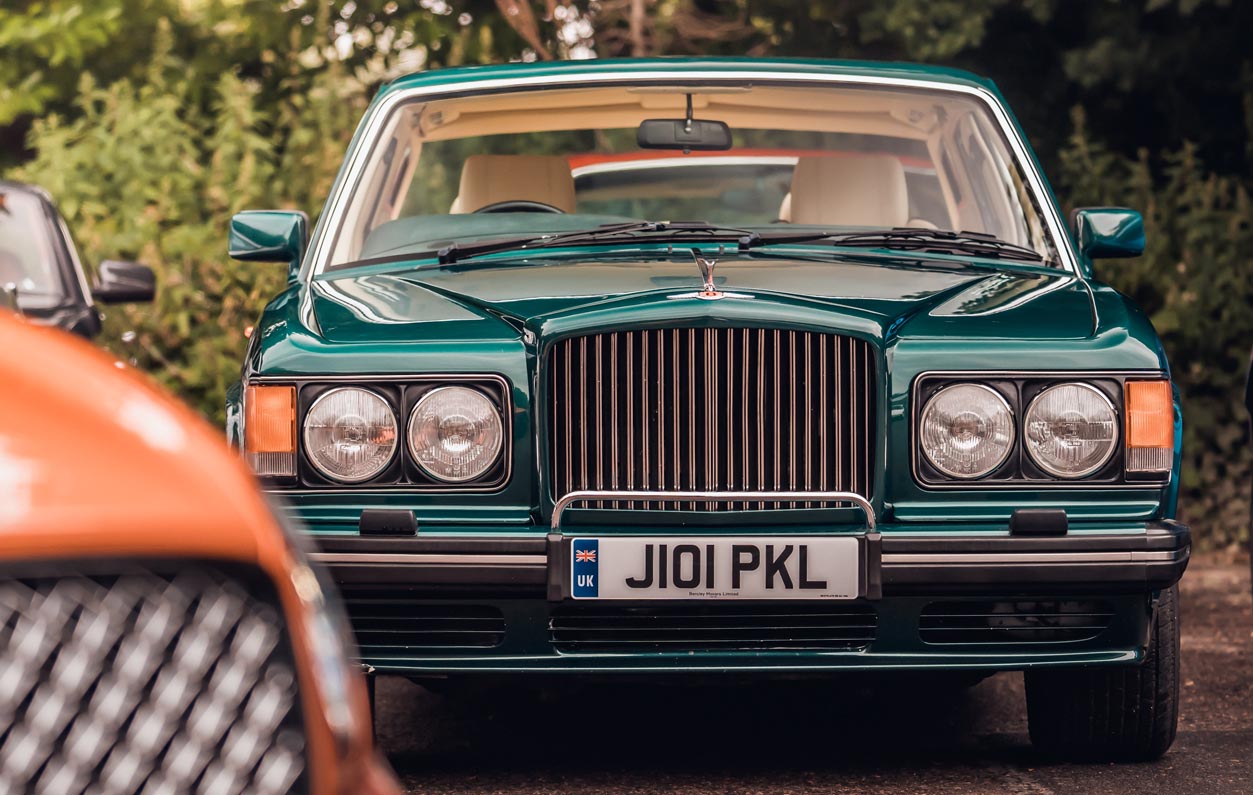