25 Years Of The Mercedes-Benz Actros 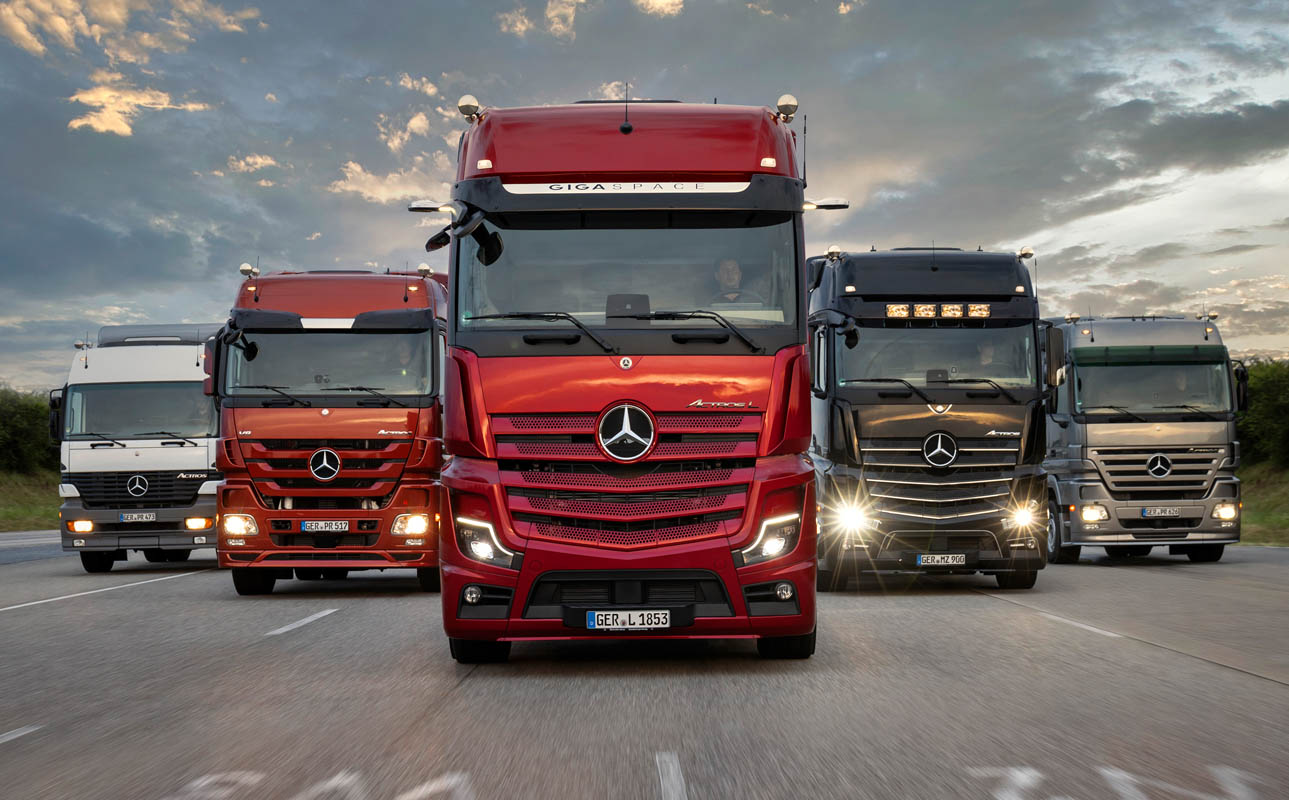 Fuel efficiency, vehicle availability, comfort and safety for the driver and all other road users are central factors for freight companies when they are deciding on the best vehicle for their fleet. Twenty-five years ago, Mercedes-Benz set out on a new path with the Actros – specifically for long-distance and distribution haulage. The first generation, launched in 1996 to celebrate the 100th birthday of the truck that was invented by Gottlieb Daimler in 1896, marked the start of a model series which until this day is at the spearhead of its market segment.

“For a quarter of a century now, the Actros has been the flagship of our product portfolio,” said Andreas von Wallfeld, Head of Marketing, Sales & Services, Mercedes-Benz Trucks. Worldwide over 1.4 million trucks sold in this premium model series are clear proof of very satisfied customers,” von Wallfeld added.

The fact that each Actros generation has won the title of “International Truck of the Year” bestowed by commercial vehicle journalists from the whole of Europe, is evidence of the extraordinary success of this model. In line with the jury rules, the title is awarded every year to the truck which makes the biggest contribution towards road transport innovation that is advantageous to the efficiency, emissions, safety, driveability and comfort of vehicles.

Since 1996, each Actros generation has played a pioneer role in terms of safety, optimum fuel consumption, networking and comfort. The Actros 1 was outstanding with its electronic brake system (EBS) fully automated gear shifting, a CAN bus and a megaspace cab with a level floor. 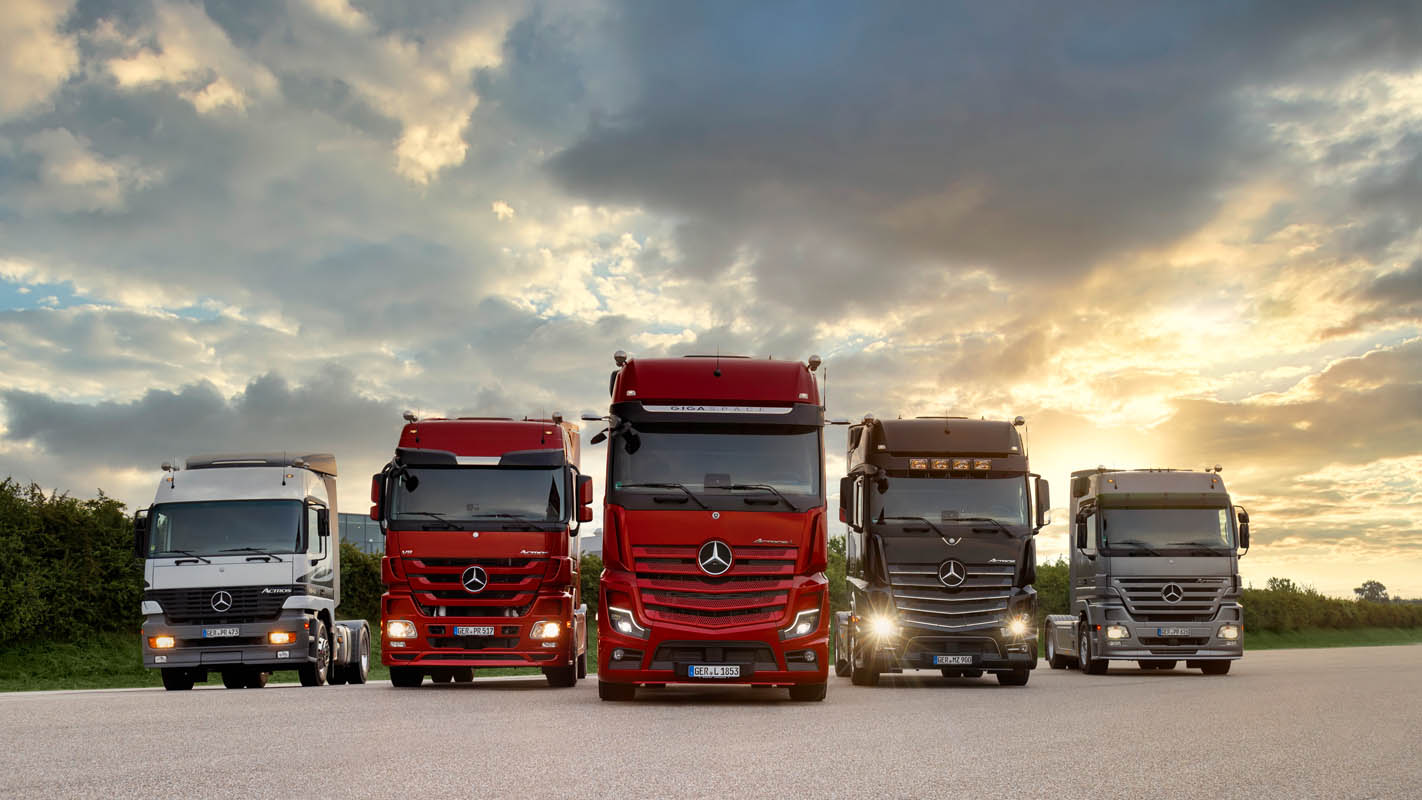 The Actros 5, which has been available since 2018, had four world premieres to offer. With Active Drive Assist (ADA), the first assistance system in the world for semi-automated driving (Level 2) went into series production. ADA actively assists the driver under certain conditions with longitudinal and lateral guidance of the truck and can automatically maintain the distance to the vehicle ahead, accelerate and also steer if the necessary system conditions such as sufficient curve radius or clearly visible road markings are met.

Even greater protection for pedestrians is provided by Active Brake Assist 5, the emergency brake system that can apply maximum full-stop braking in response to moving persons. Also, for the first time the outside mirrors were removed from a truck. Instead, the new Actros has the MirrorCam as standard equipment. The fourth world premiere applied to the truck driver’s workplace: the multimedia cockpit in the new Actros consists of two large colour displays – the primary colour display behind the steering wheel and the secondary display in the form of a touchscreen.

Since June 2021, the latest Actros generation has offered second generation Active Drive Assist (ADA 2) as optional equipment. The Emergency Stop Assist sub-function included in it is able to initiate an emergency stop if the driver is no longer controlling the steering wheel, despite visual and audible warnings.

In addition there is Active Sideguard Assist, also available since June 2021. This improved turning assistance system no longer simply warns the driver of moving pedestrians or cyclists on the co-driver’s side: if the driver then fails to respond to the warnings in time, it is now able to initiate an automated braking manoeuvre at turning speeds of up to 20 km/h to bring the vehicle to a standstill.

The showpiece of the latest Actros generation is the Actros L which was introduced this year and includes improved cab soundproofing, comfortable spaciousness, an even better sitting position and optionally available, newly designed LED headlamps.

Special models with a “wow” effect

For professional truck drivers who love innovation and for freight operators who drive themselves, whose truck is their home and who place value on personal style and high comfort, Mercedes-Benz Trucks has regularly brought out limited special models of the Actros alongside their series models – such as the Actros editions Black Liner and White Liner, Edition 1, or, only last year, Edition 2. With an additional selection of features in the interior and the exterior, and special design elements, the vehicles have always had an unmistakeable character with a high recognition level.

Finally, at Mercedes-Benz Trucks a new era began in 2021 with the eActros. The first series-production electric truck with a three-pointed star designed especially for heavy-duty distribution haulage was presented to the world public at the end of June 2021. At its technological heart is the drive unit with two integrated electric motors along with two-speed transmission. Both motors provide for impressive ride comfort and excellent vehicle dynamics, while the quiet and locally emission-free electric drive means the truck can also be used for night deliveries and entry into inner cities with driving bans for diesel vehicles. The eActros is a clear commitment on the part of Mercedes-Benz Trucks to locally CO2-neutral road freight transport. 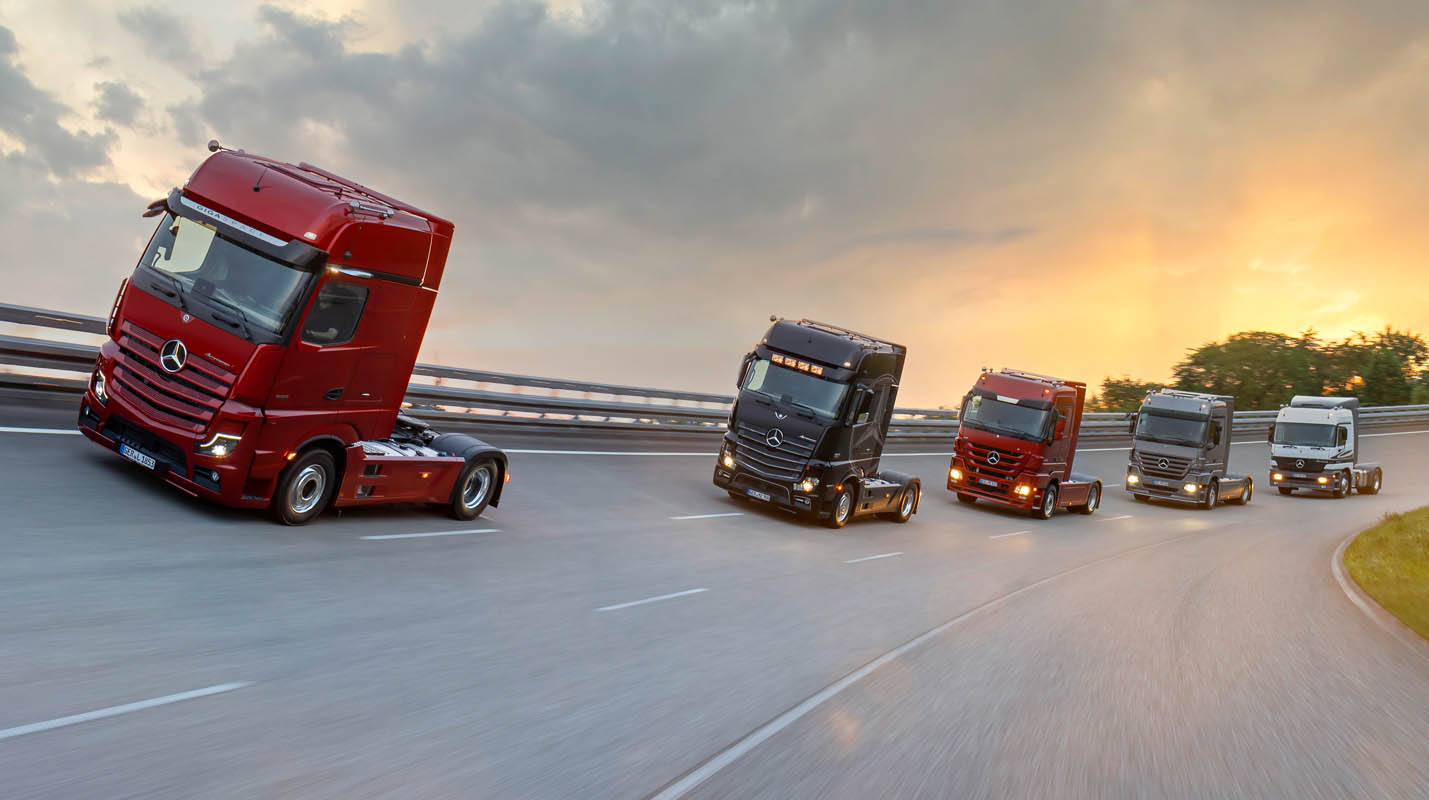 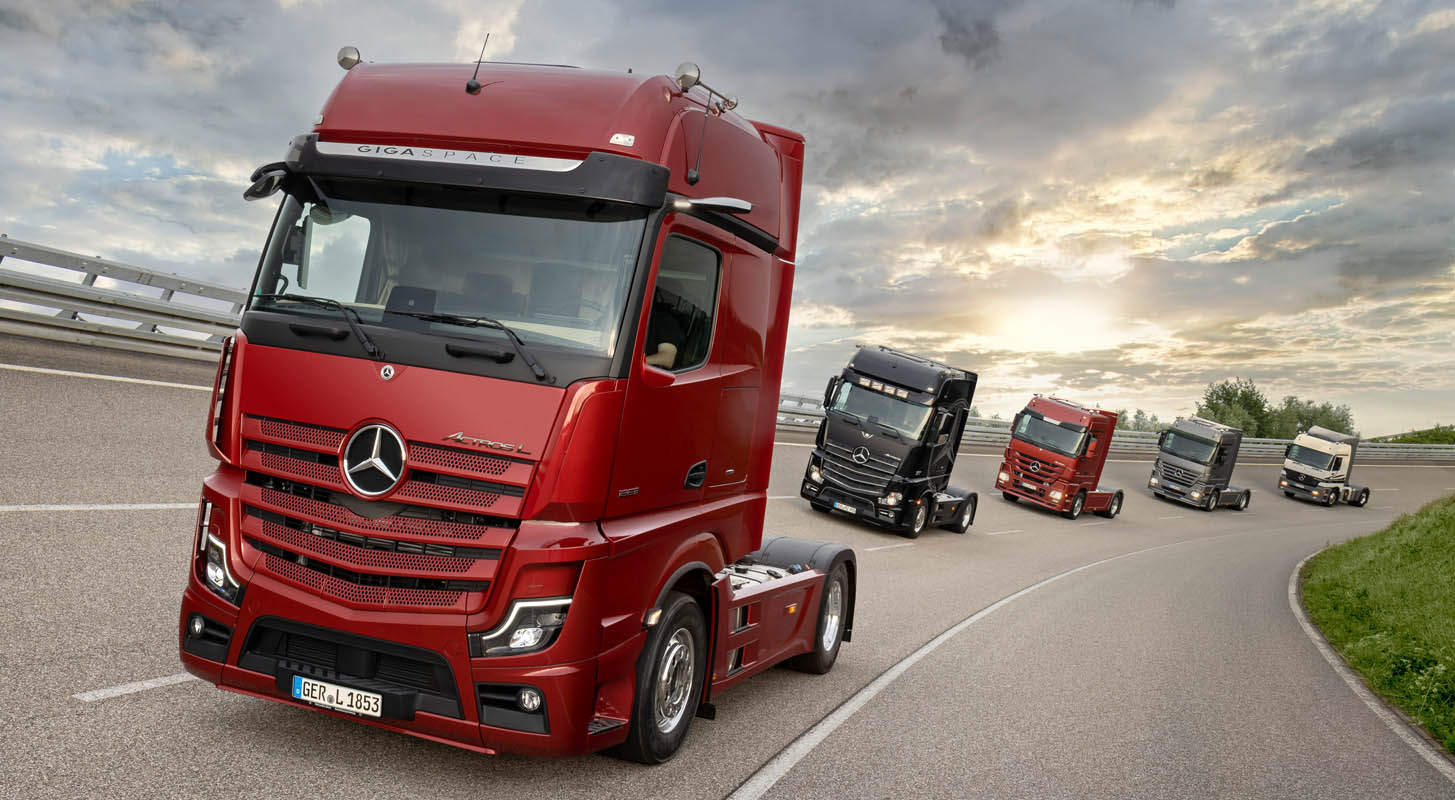 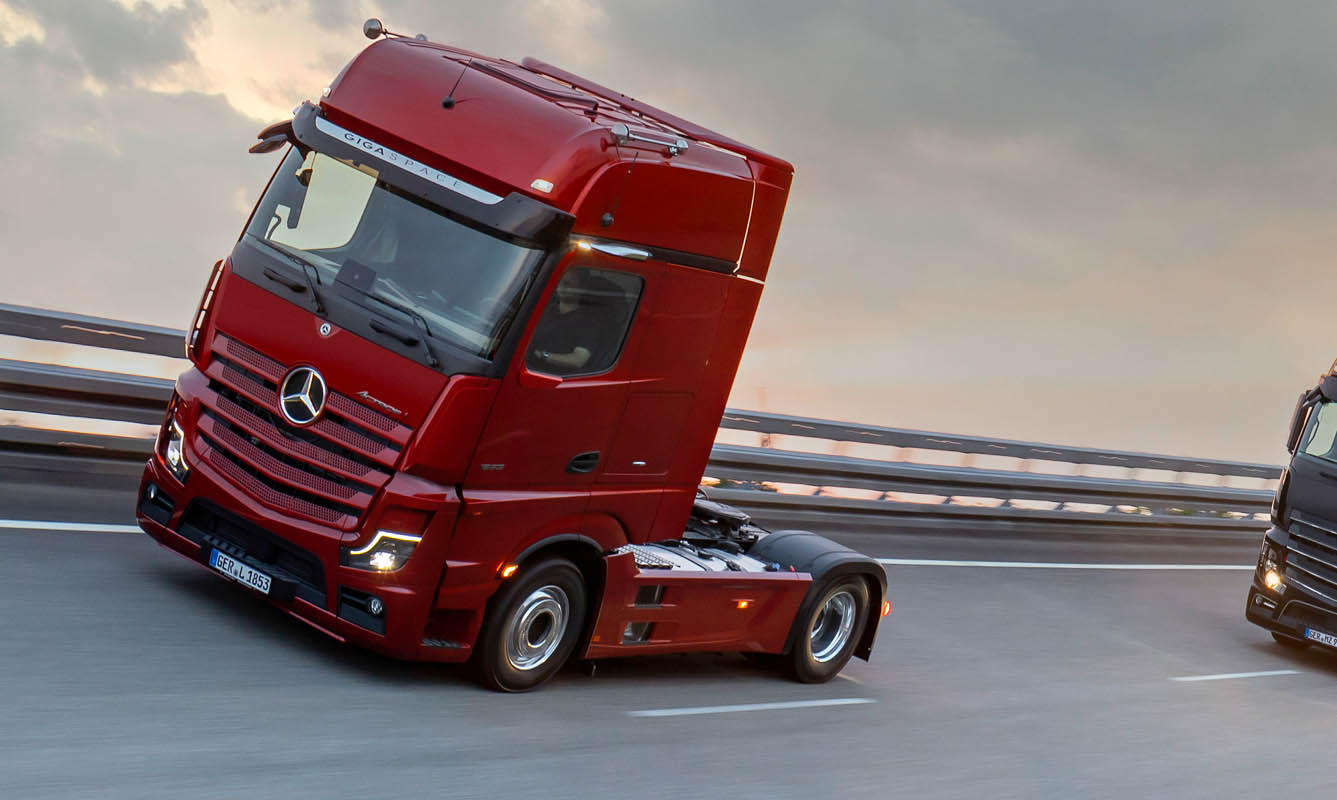