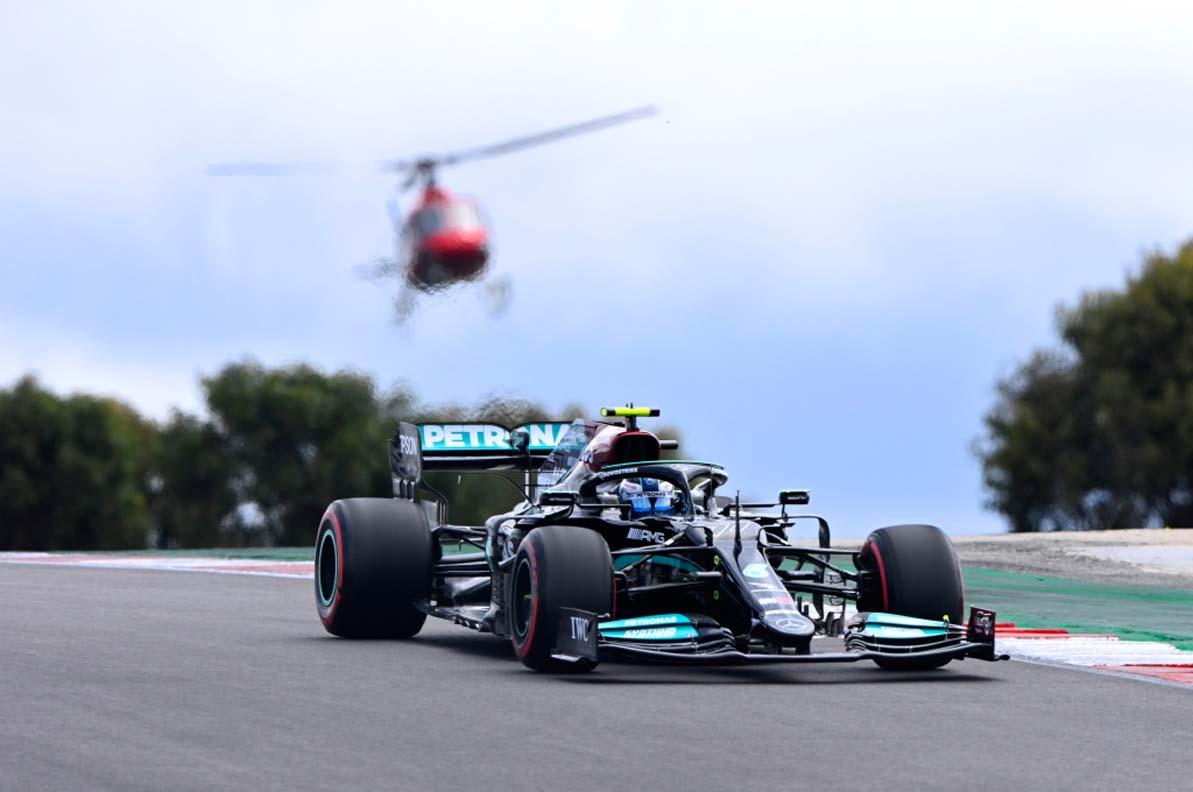 Valtteri claimed the17th pole position of his career and first of the season.
Lewis was 0.007s behind in P2 to complete the lockout.
Both drivers will start tomorrow on the Medium compound tyre, as will the two Red Bulls in the second row.
Today marks the 75th front row lockout for the Mercedes F1 Team in the modern era.

We worked hard to figure out the issues I was experiencing in qualifying, we put things right and this is the result – it’s more like how it should be, so I’m happy. In the first two races, I knew the speed was there but my main issue was tyre warm-up.

We’ve put a lot of focus on that, we learned some lessons and I always knew our hard work would pay off. The key was to stay calm, execute the plan and focus on the small details, particularly on the out-laps.

We’ve been stronger than expected which is a positive surprise but it’s only qualifying, I’m already thinking about tomorrow. We know the Red Bulls have a strong race car and we are expecting an epic battle.

Not that enjoyable of a session because I couldn’t get that many good laps in but I’m not too frustrated, I only did one good lap and that was in Q2.

Of course I’d have loved to put more good laps together but it was tricky out there. It’s a slippery track, the tyres are hard so you need to do multiple laps to put temperature into them and it’s quite a peaky balance – it works for a second and then falls away very quickly, it’s on a knife-edge.

It wasn’t meant to be but Valtteri did a great job today and I’m just focused on the race. Now is the time to understand strategy for tomorrow and work out where the opportunities lie. It’s not an easy track to follow but we shall we see – I hope we have good enough pace to fight for the win, tomorrow we’ll go all in.

Qualifying was always our weakness in the first two races and now we’re back at the front. We have seen these kinds of performances from Valtteri in the past and today was a mega day for him.

But I have no doubt, like I’ve always said, he can be right up there. Tomorrow we have two Mercedes with two Red Bulls just behind, good ingredients for a nice race!

Congratulations to Valtteri on his 17th career pole position; he’s looked solid all weekend in challenging conditions so it’s a very well-deserved result. It’s also a fine result for the team to be starting with both cars on the front row – the 75th front row of the modern era for Mercedes F1.

It was a fairly difficult session; it wasn’t clear whether the medium or soft would ultimately be the faster tyre and we also had to understand whether a preparation lap was better than going straight for lap one. By final qualifying, no one had come close to matching Lewis’s time on medium from Q2 so we decided to hedge our bets by running both compounds.

As it happened, the track got much slower in the final minutes so tyre choice wasn’t important but we were just grateful that we’d done enough to secure the front row.

We had wanted both cars on the medium tyre to start the race and on balance, we’re happy to have Red Bull on the same start-tyre given that we have track position.

Our main concern will be the warm-up on that compound, the soft runners on the third row and behind will have a grip advantage that could last a lap or two so that may might things tricky. 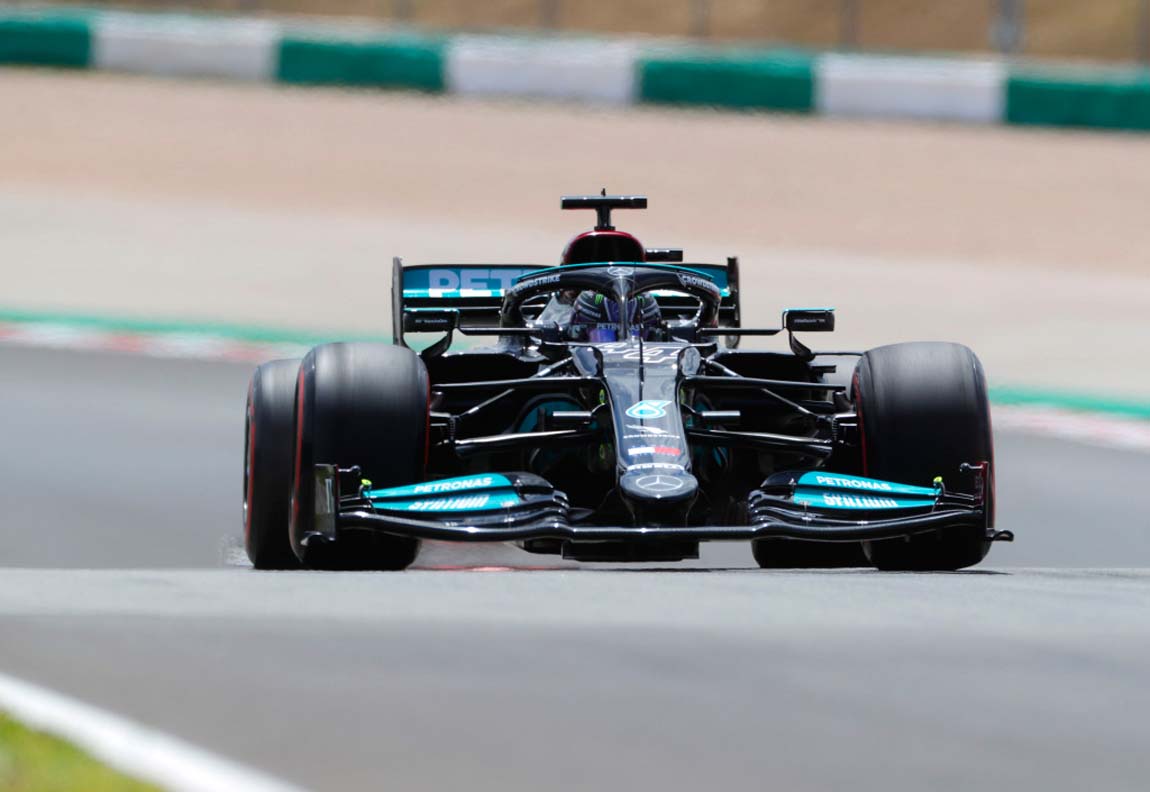 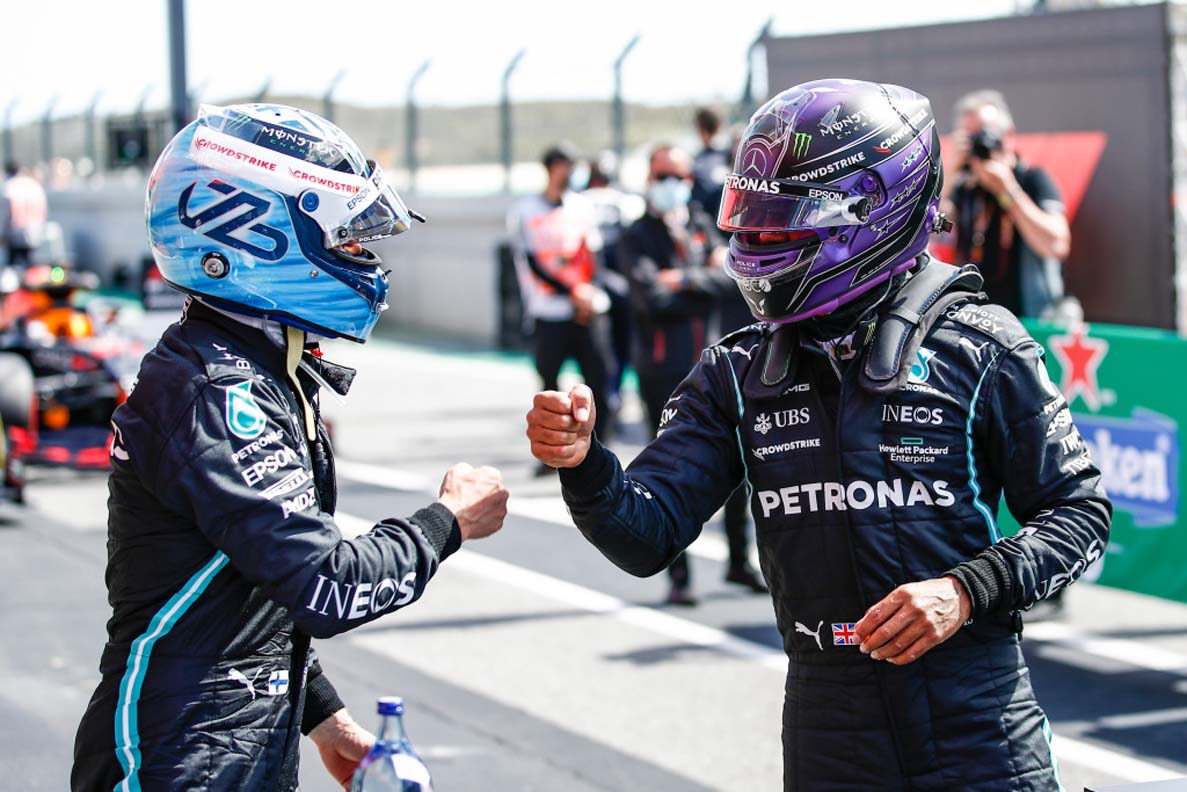 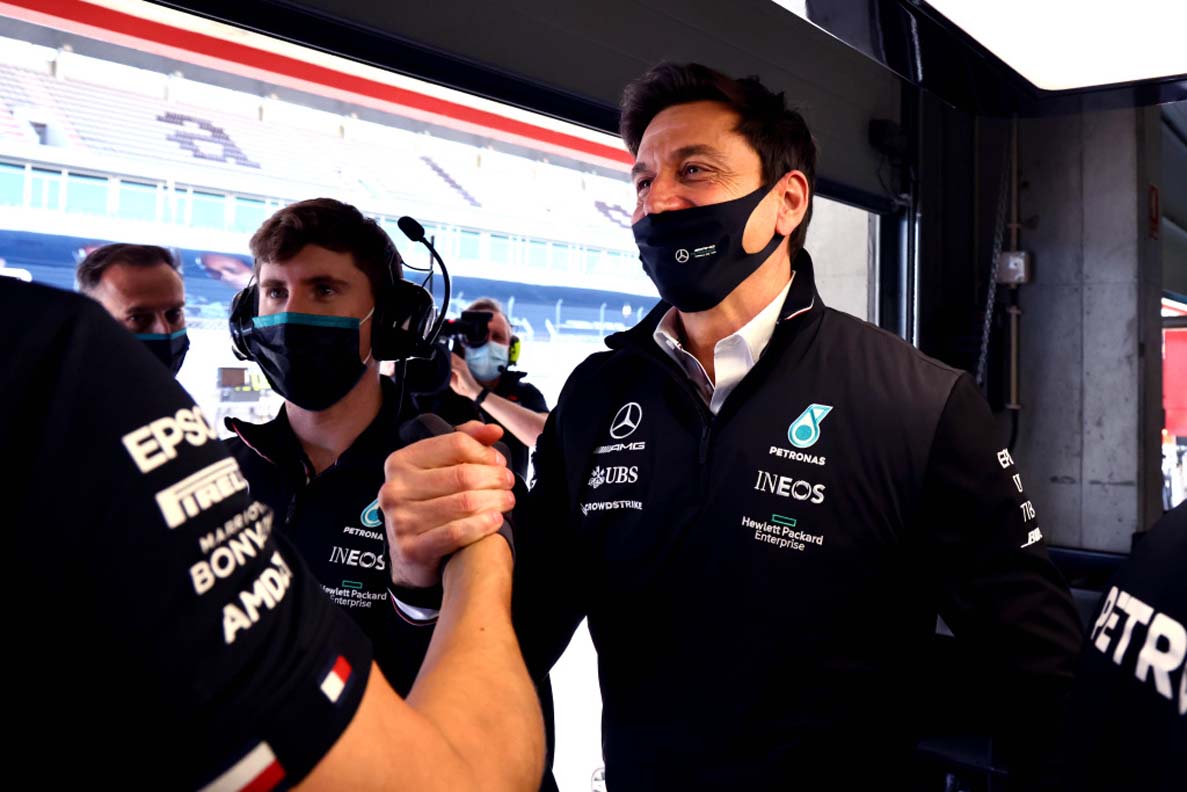