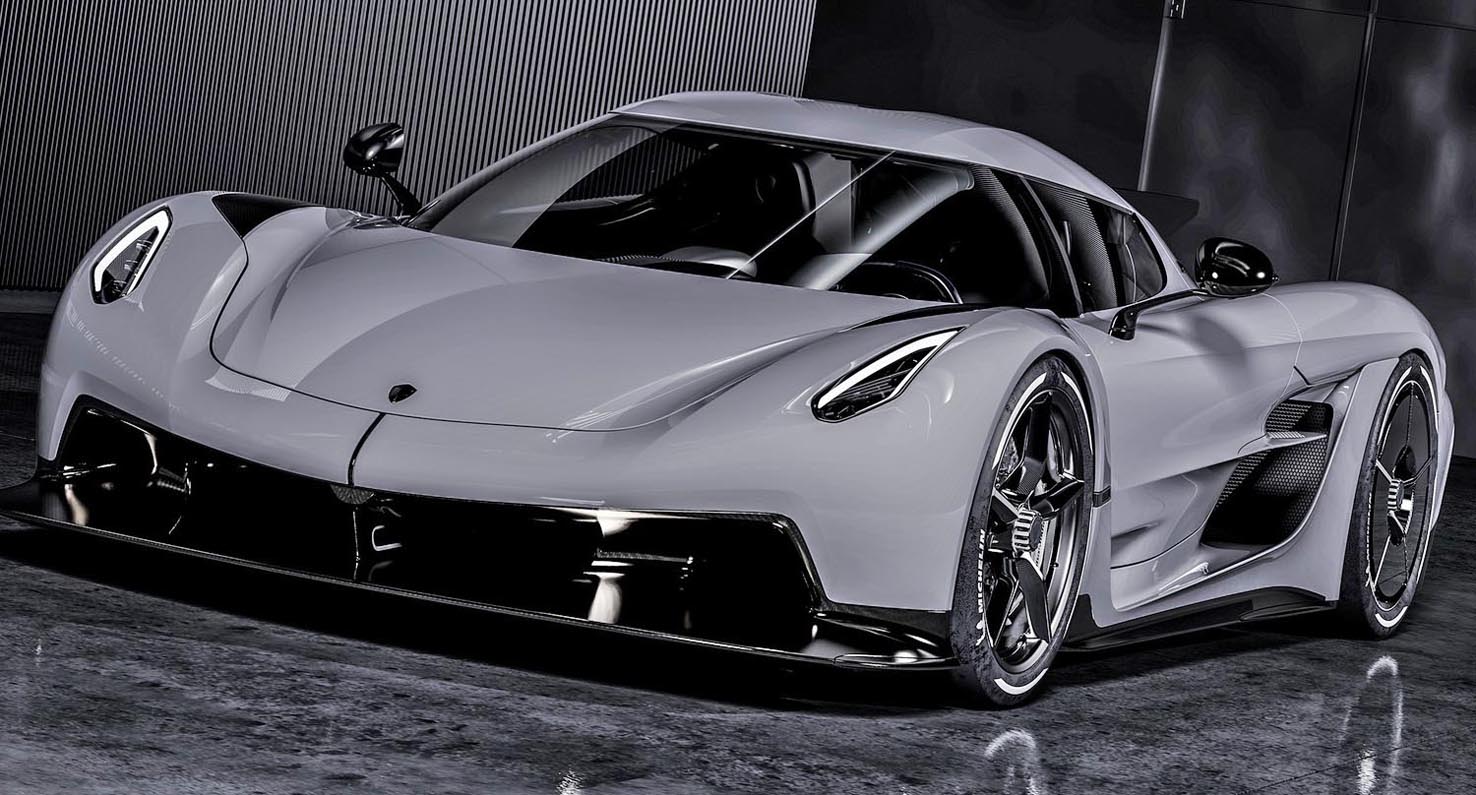 The Koenigsegg Jesko Absolut was unveiled during an Online Event from Geneva in March 2020. It is the fastest Koenigsegg ever made and the company will never endeavor to make a faster series-production road car – ever. Customers will be able to choose between the Jesko Absolut and the more track-oriented Jesko version that was presented in 2019.

Every surface element on the Koenigsegg Jesko Absolut has been purposefully constructed to reduce drag or surrounding turbulence around the car while increasing high-speed stability. Although just as powerful, the Jesko Absolut is a more seamless and stealthier interpretation of the Jesko, its track-focused sibling.

The Koenigsegg Jesko Absolut has a drag coefficient value of only 0.278 Cd. The low drag in combination with a frontal area of 1.88 m2 in combination with a power level of minimum 1600 bhp, make the Jesko Absolut destined to achieve higher, more extraordinary speeds than any Koenigsegg or any other fully homologated car before it. – How fast? Time will tell. Looking at the math and our advanced simulations – it will be unbelievably fast.

Inspirations taken from the sky

The dramatic streamlining of the Koenigsegg Jesko Absolut and the lack of a massive spoiler, gives the Jesko Absolut a sleek appearance. The two fins that replace the rear spoiler take inspiration from the F-15 fighter jets that come equipped with similar and iconic double vertical stabilisers.

The two standing twin fins give the Koenigsegg Jesko Absolut the ability to clean up airflow over the rear end, which stabilizes the Jesko Absolut at high speeds and surprisingly also reduce total drag. Even the main body of the Jesko Absolut resembles the fuselage of a fighter jet, with its elongated rear hood.

At the heart of the Koenigsegg Jesko Absolut is the 1600 bhp (when running on E85 fuel), twin-turbocharged V8 engine fitted with a 180-degree crankshaft that enables an 8500-rpm rev limit. The engine is connected to the Koenigsegg-developed and produced nine-speed Light Speed Transmission (LST) system that enables gear changes in virtually zero time from any gear to any other gear – regardless of how many gears are skipped.

Ultimate Power On Demand (UPOD) – a predictive gear-change technology that ensures instant, prolific power and always available in the correct gear for maximum acceleration, is part of the control strategy for LST.

The Koenigsegg Jesko Absolut has an extended rear hood, covered rear wheels, lowered ride , and removed front wheel louvres and front hood closed air duct – compared to the track focused Jesko. All these adjustments are made to reduce drag and downforce; resulting in super high-speed stability, modest tire-friendly downforce and a very low drag coefficient of only 0.278 Cd.

Given that the front suspension is more compact than the track focused Jesko and that front hood air dam is removed in order to reduce down force and drag – It is possible to stow the roof in the front of the Absolut.

As the down force is less, the suspension could be made a bit softer, which makes the Absolut very fun and forgiving around a race track and truly comfortable and “streetable”

Both versions of the Jesko are capable of reaching a One:1 weight to power ratio. Not only curb weight wise which the Koenigsegg One:1 was the first production car in the world to achieve, but also with a full tank of fuel, luggage and two persons on board! This is a new benchmark when it comes to fully homologated sportscars. 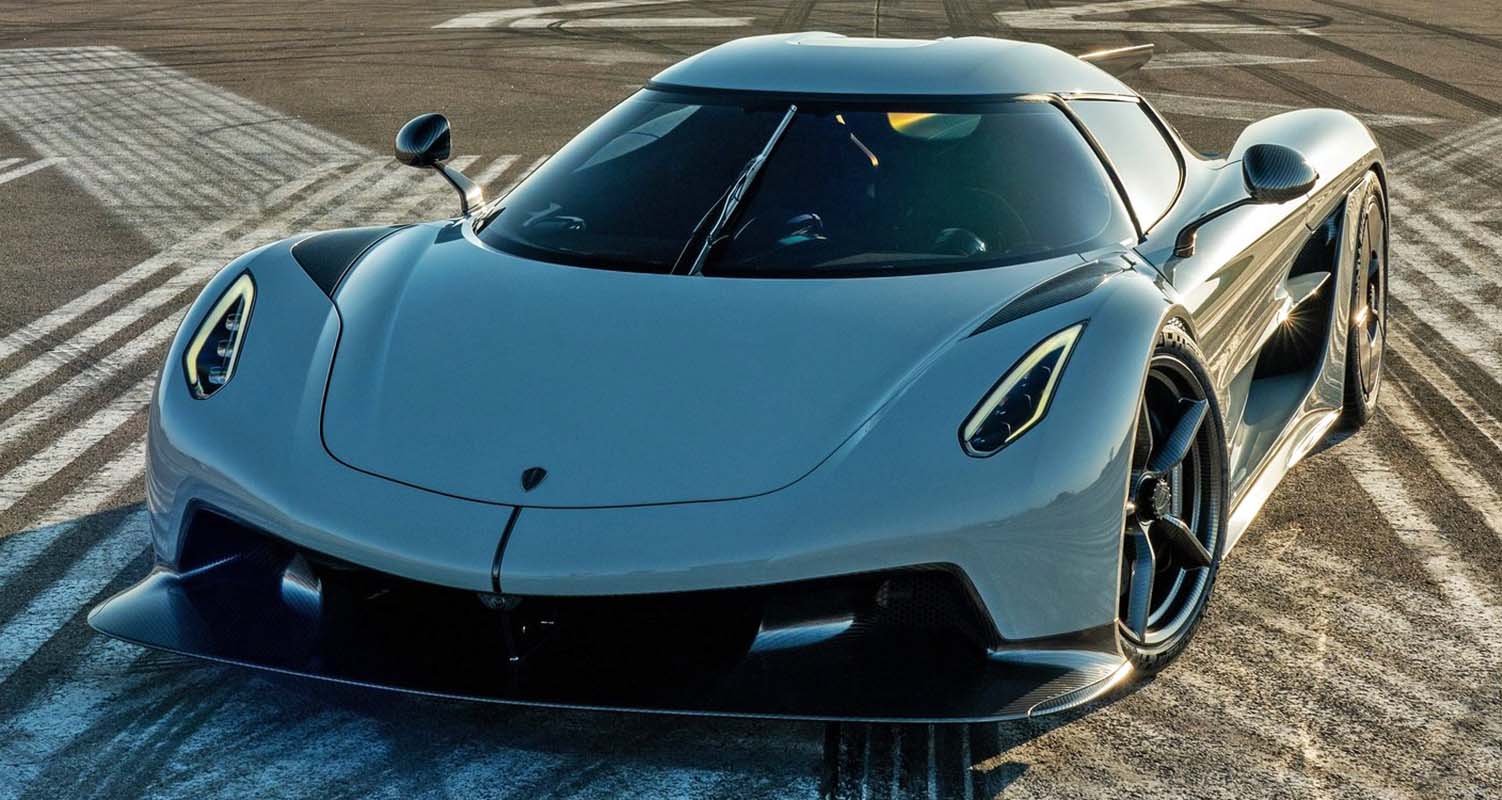 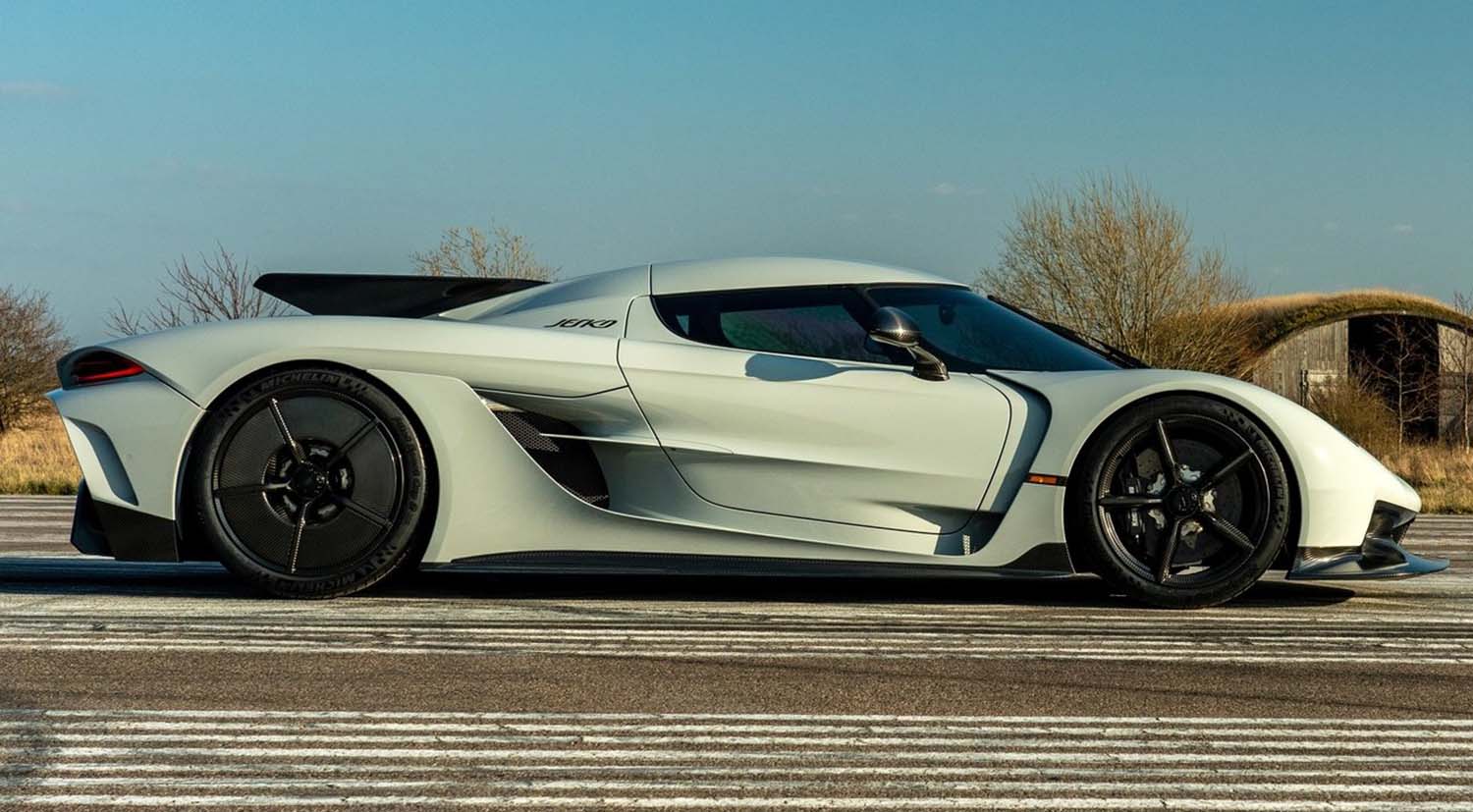 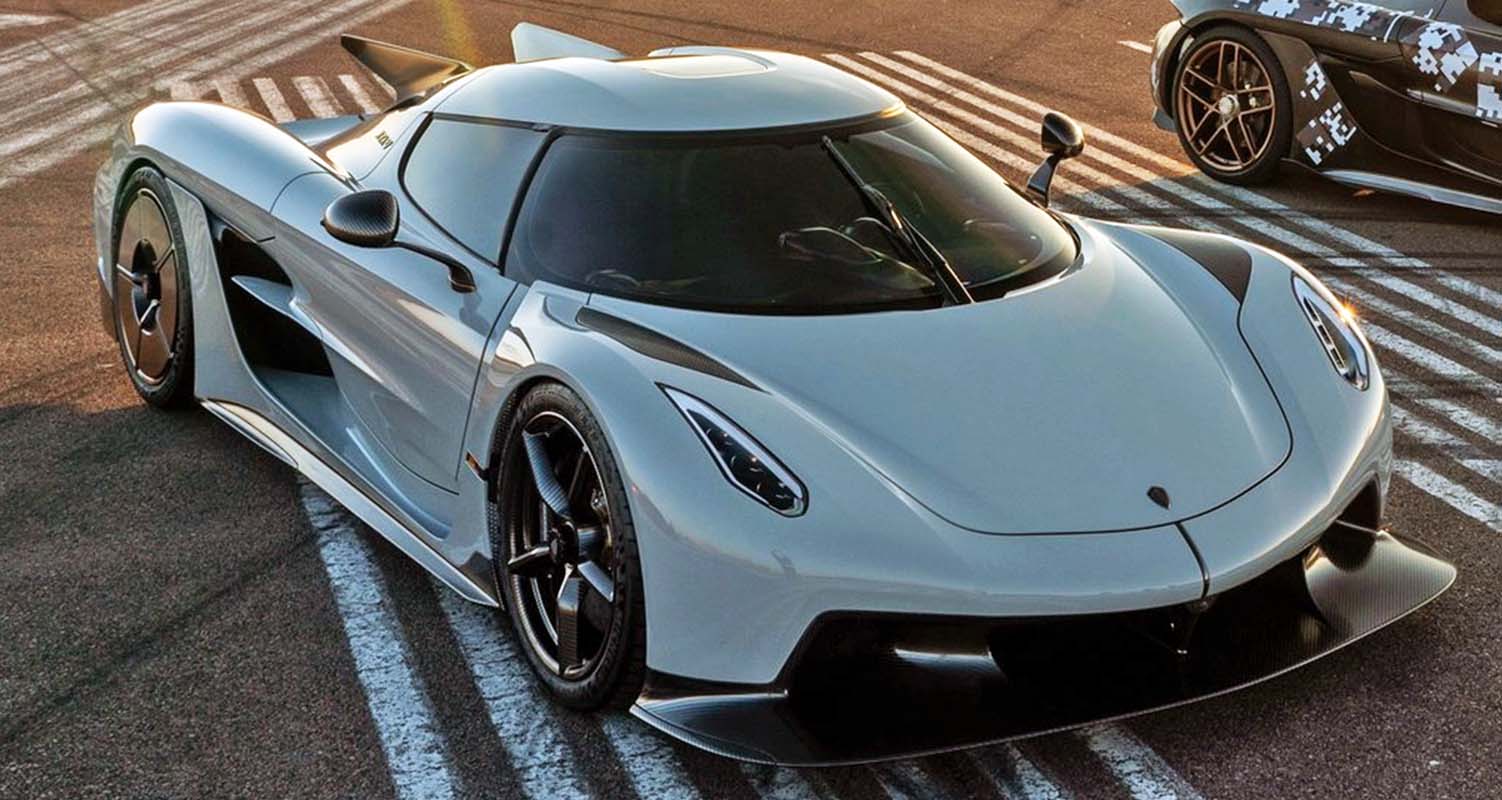 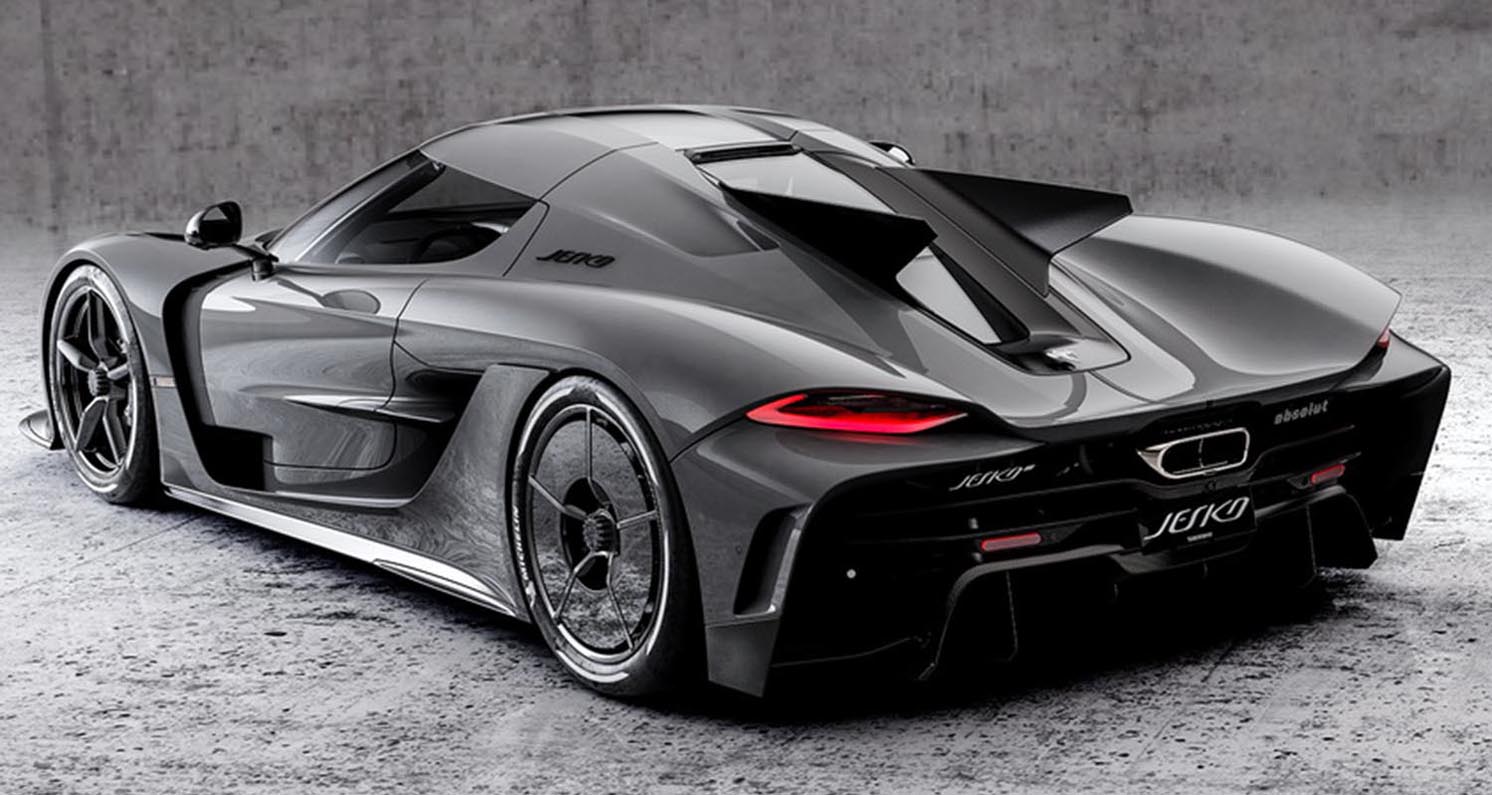 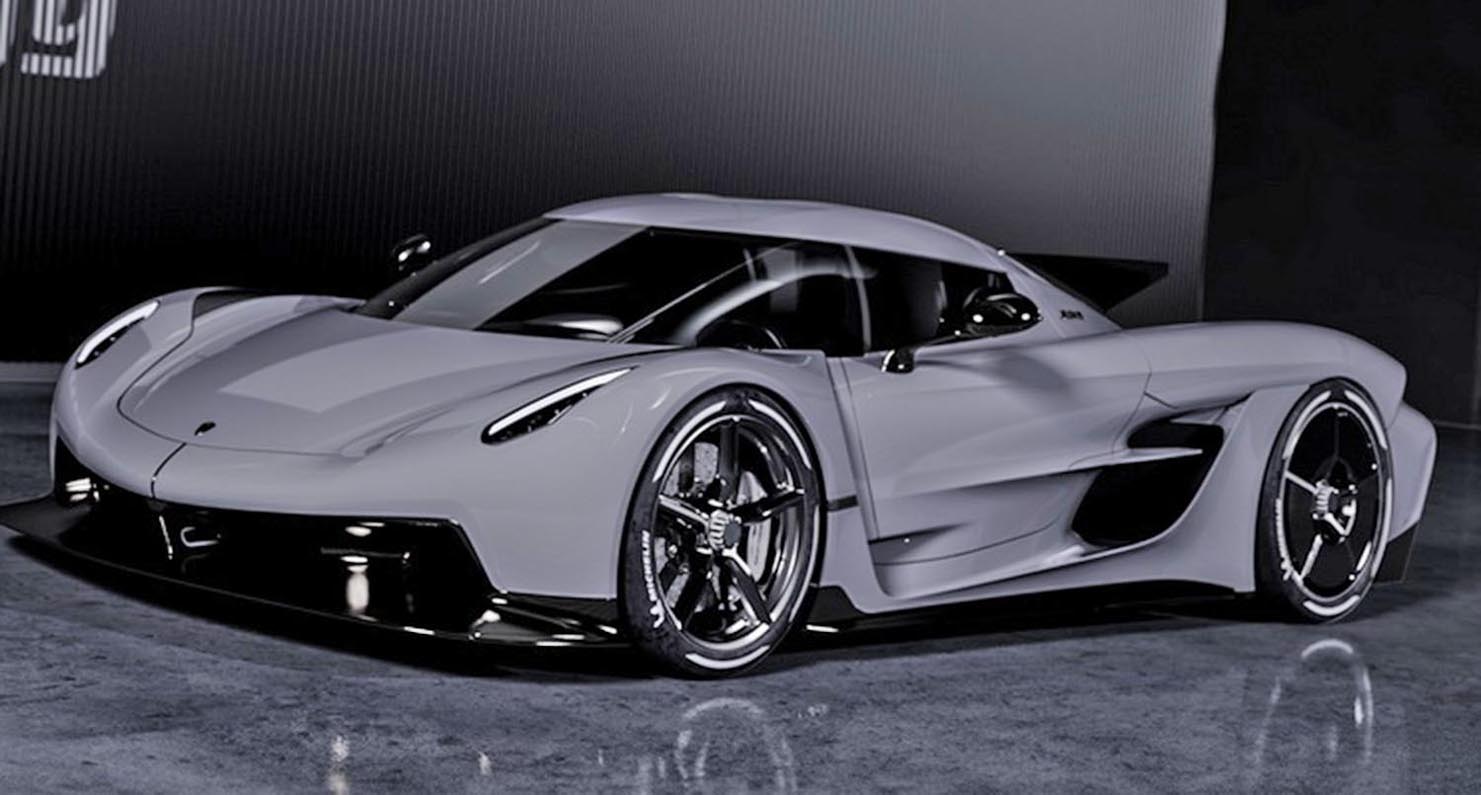 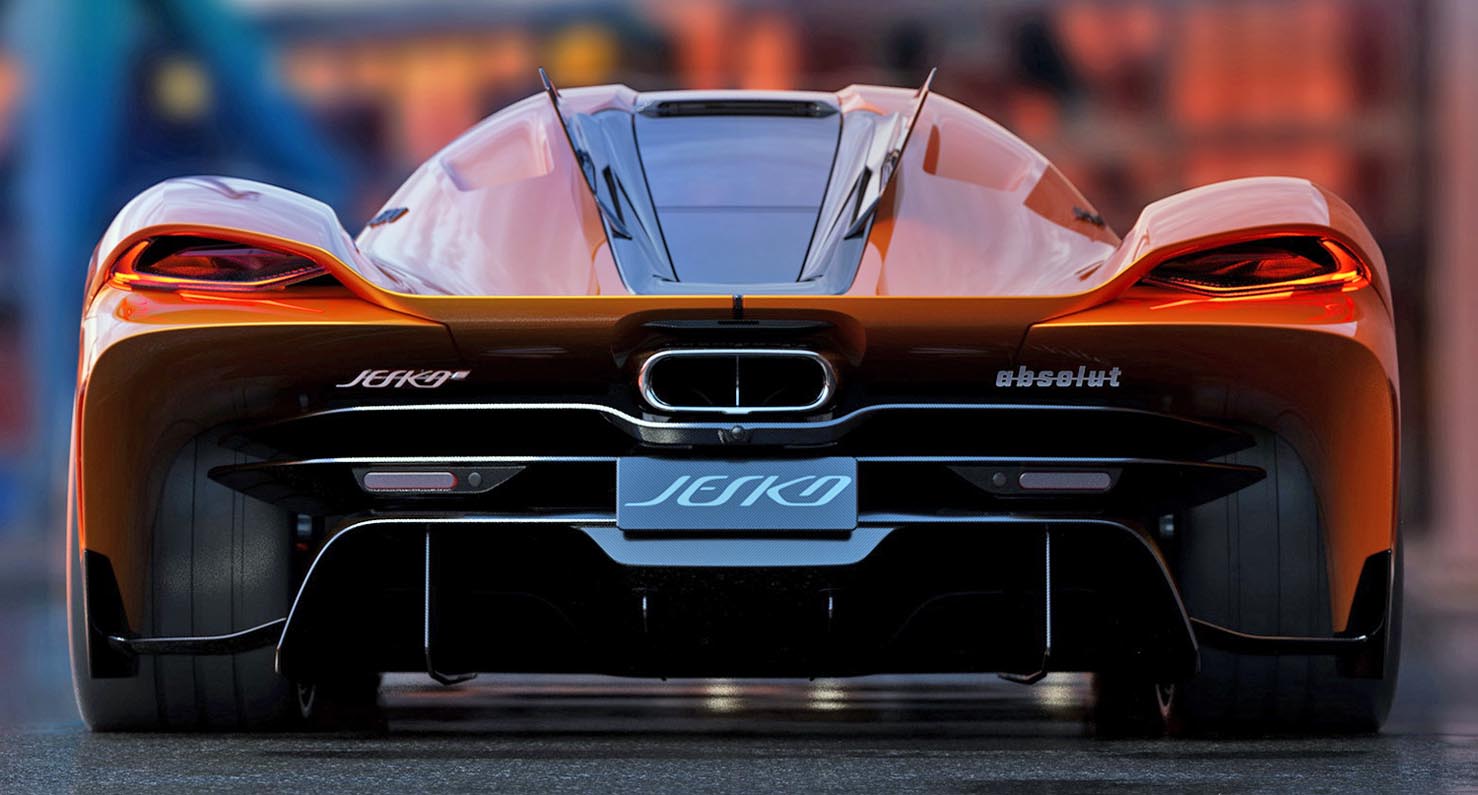 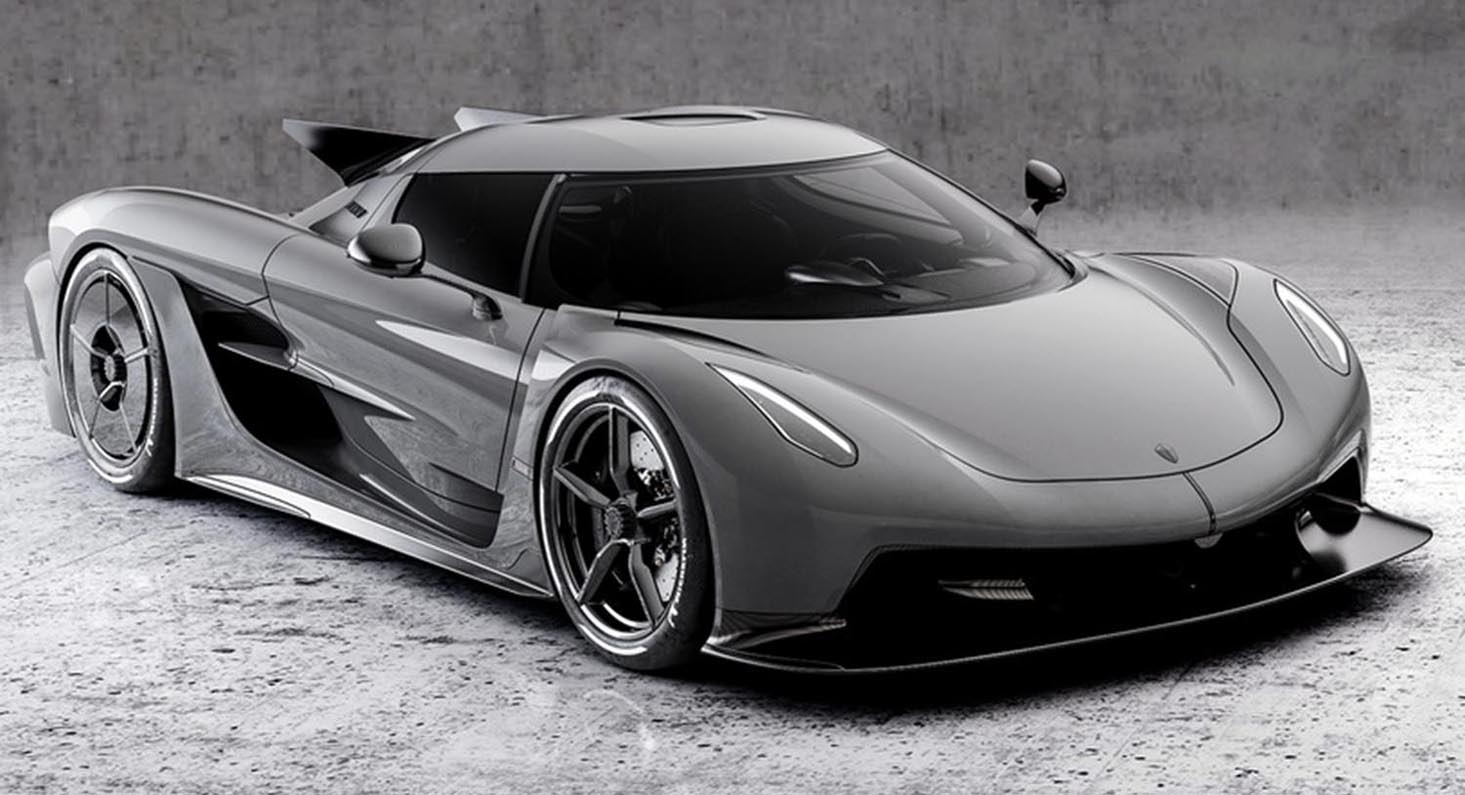 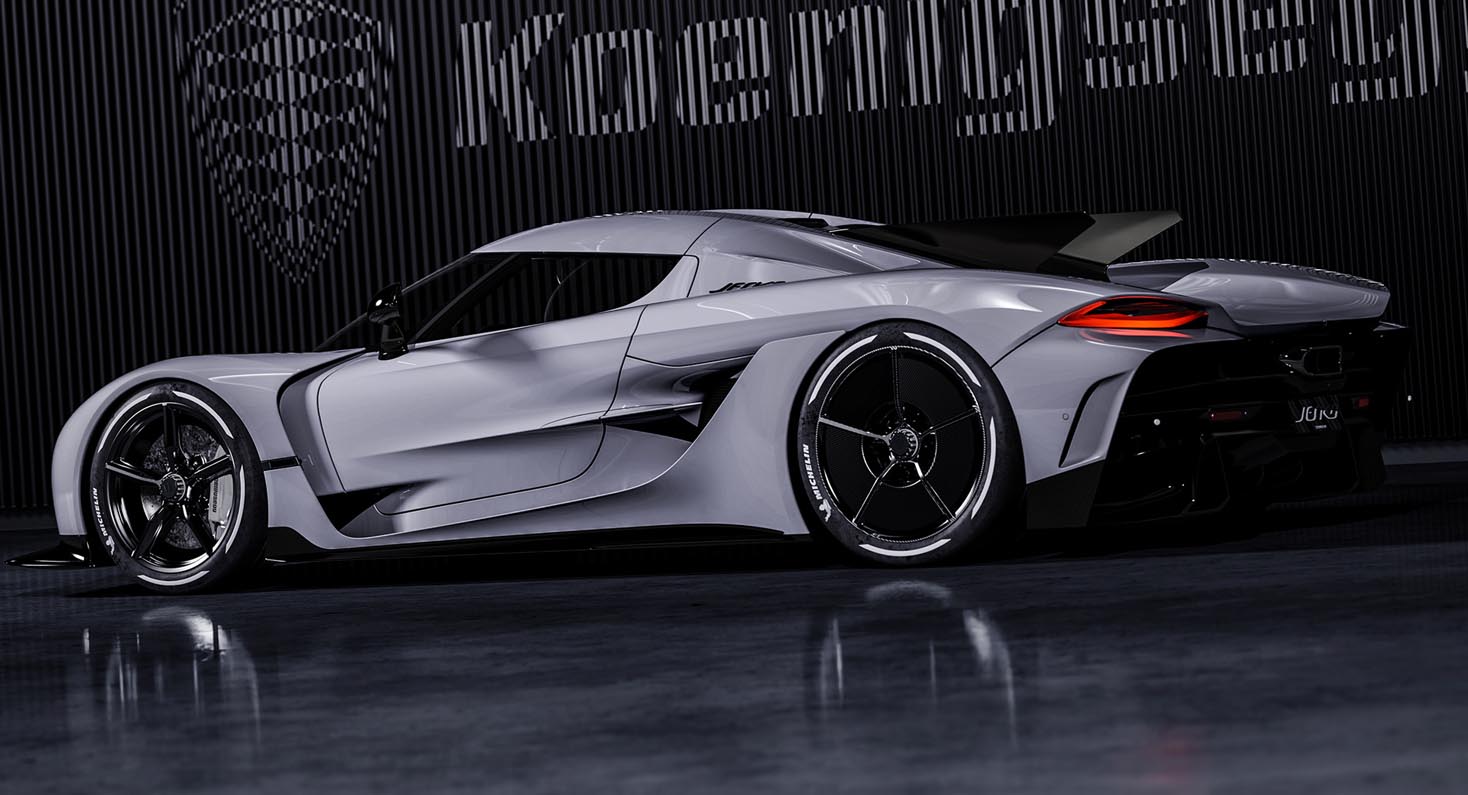 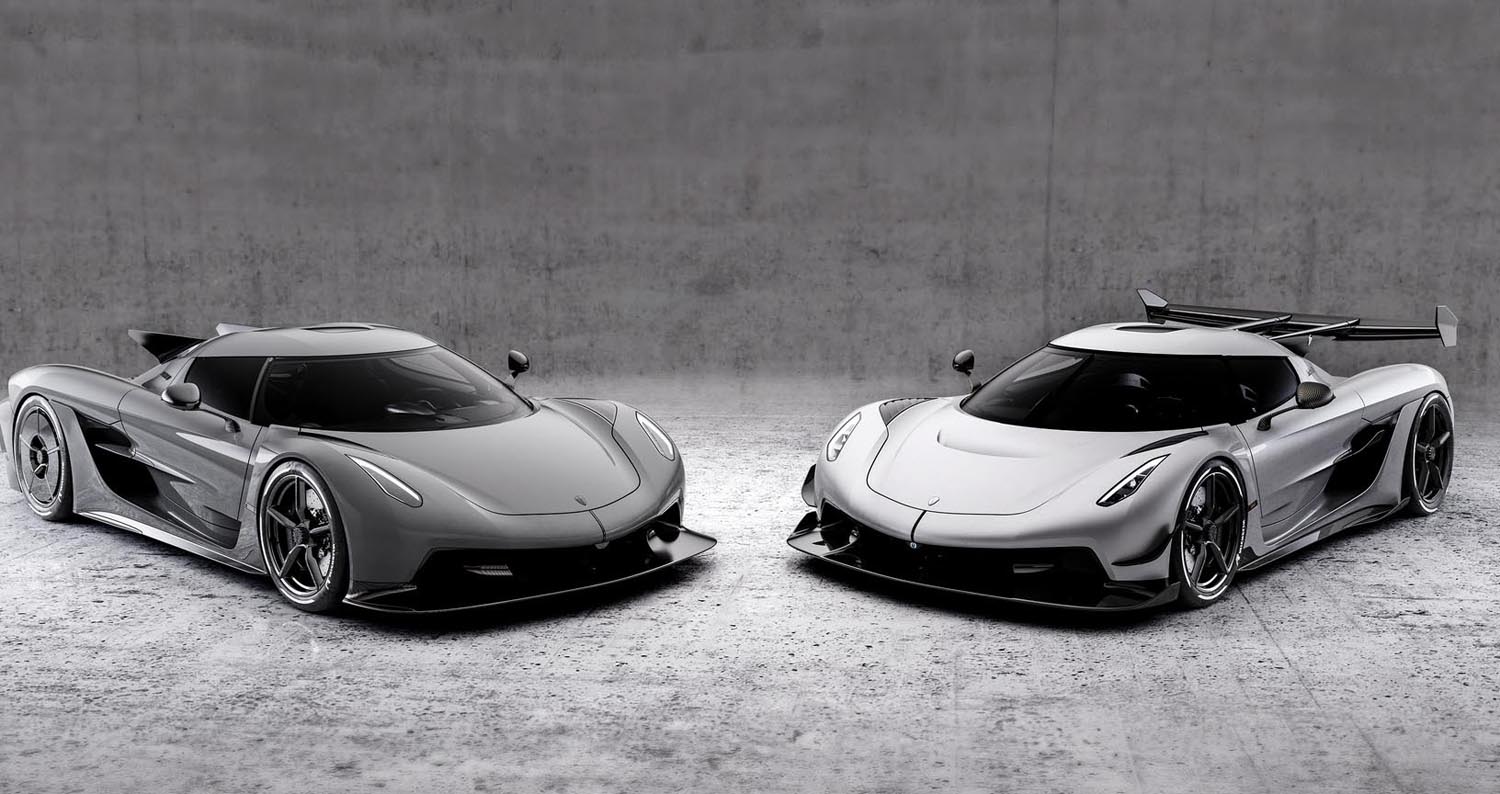 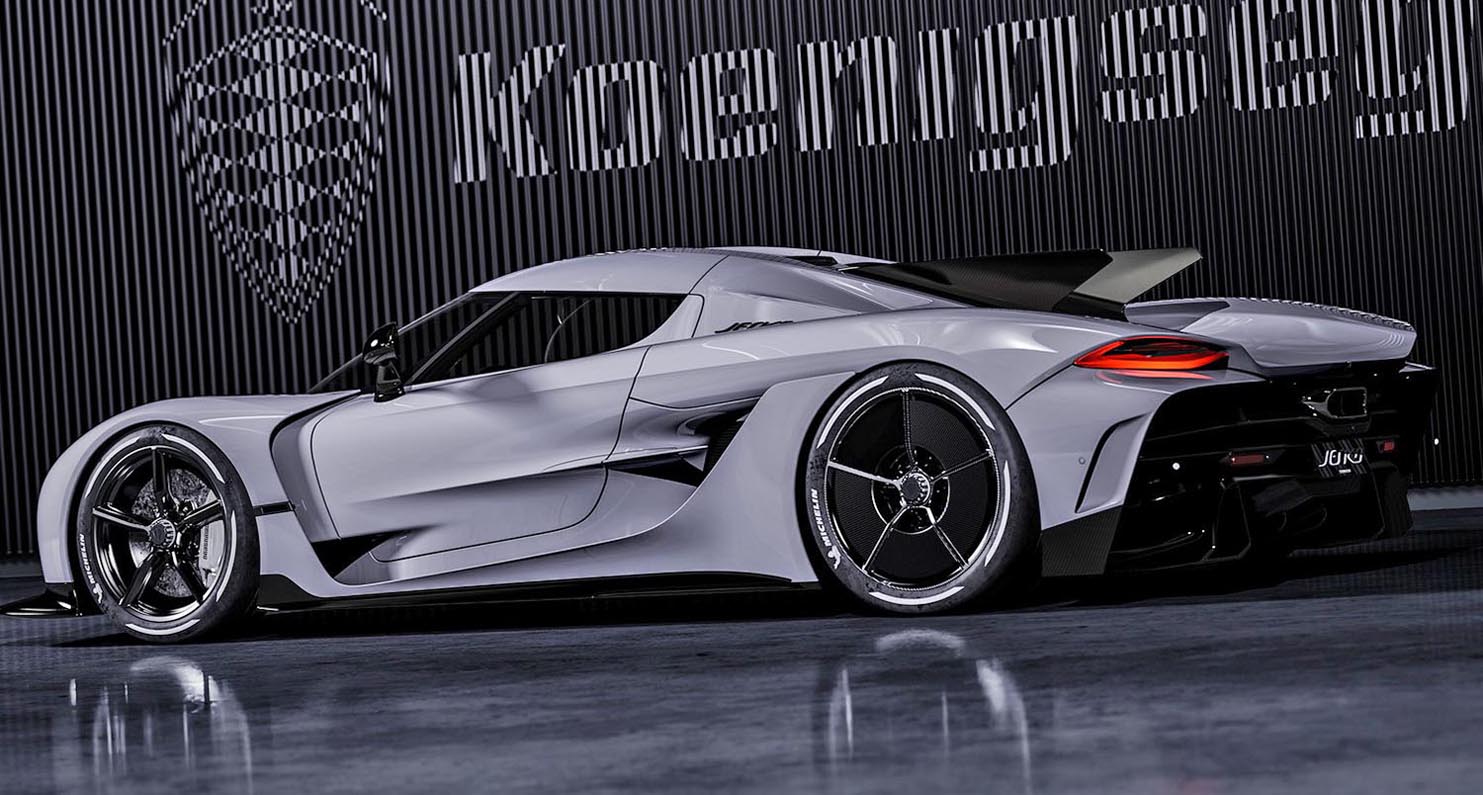 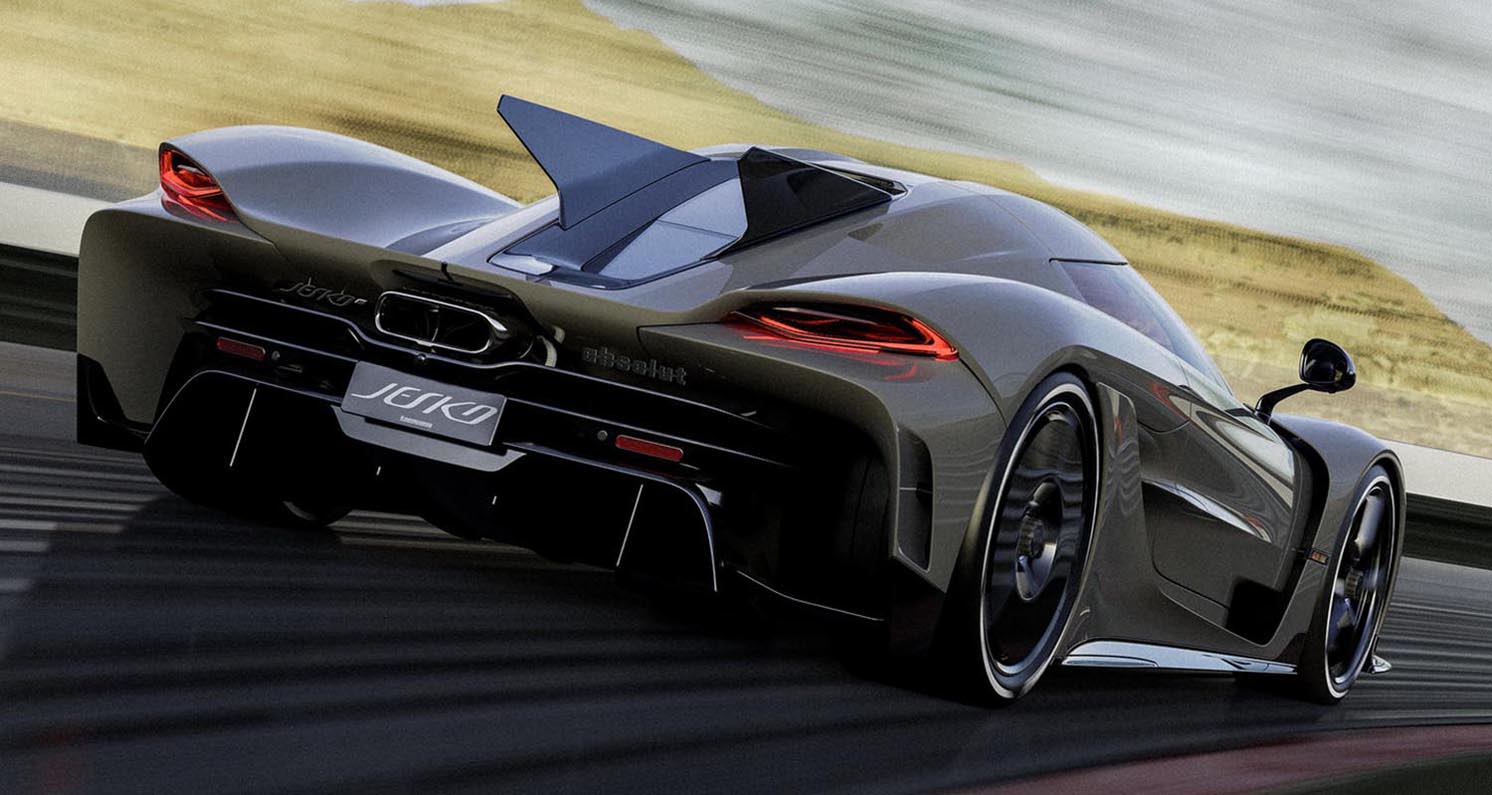 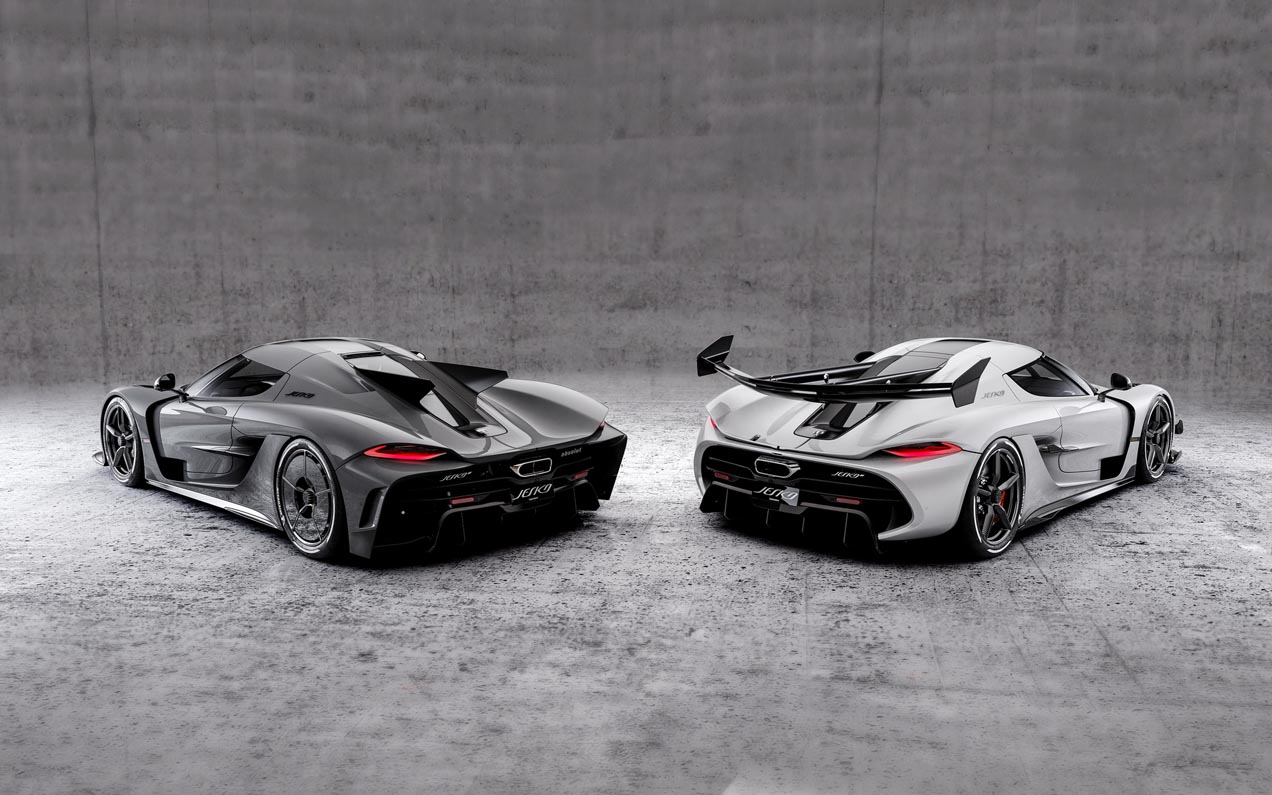