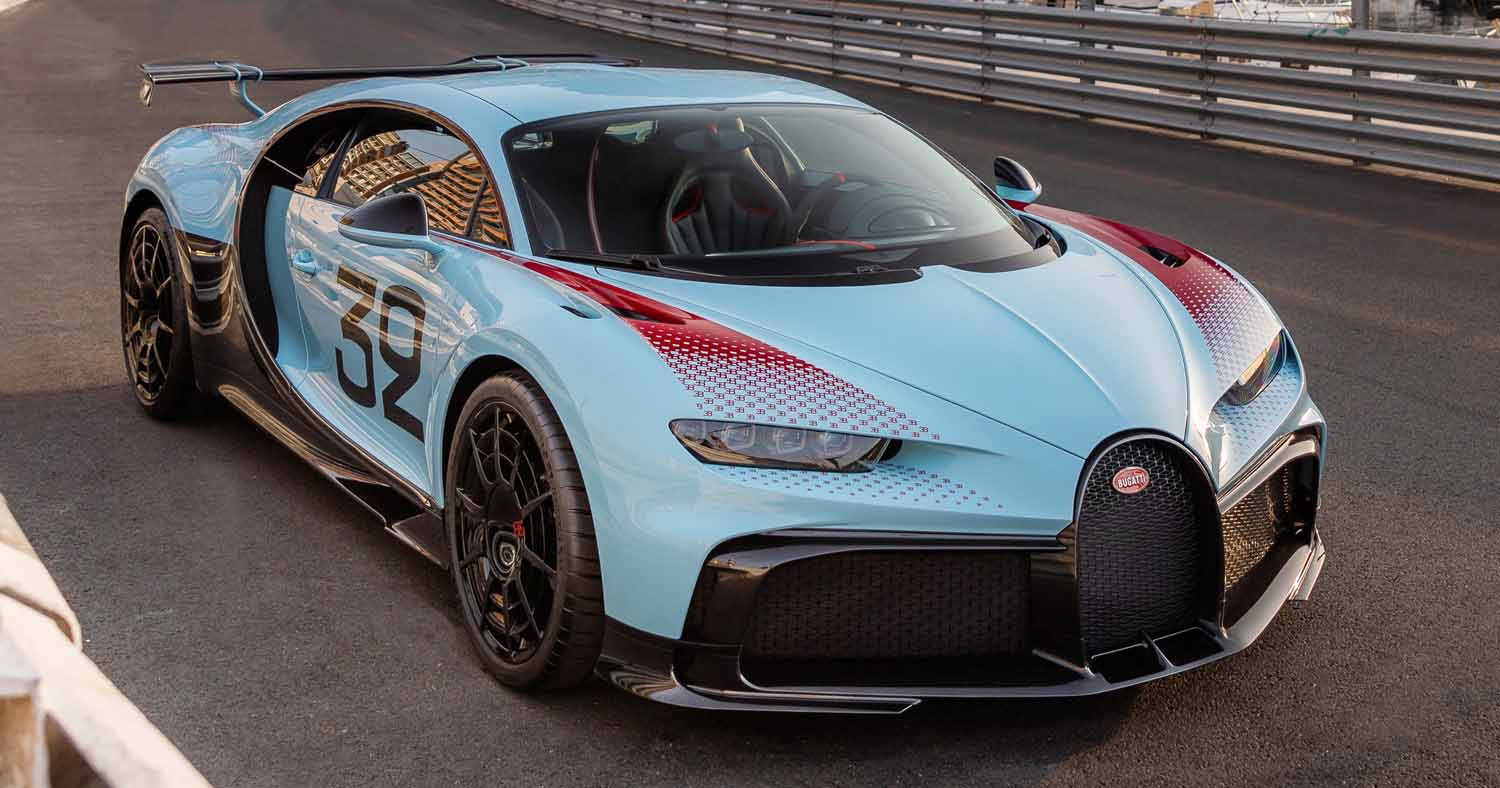 The French Riviera, 1931. 11th on the starting grid sits Monegasque Louis Chiron behind the pulsating wheel of his Bugatti Type 51. The flag is about to drop before Bugatti’s legendary driver secures an iconic victory at his home race: the Monaco Grand Prix. He became the first and is still currently the only Monégasque by birth to score a home victory.

Jean Bugatti, son of the marque’s founder Ettore Bugatti, watched on in admiration as Chiron solidified his reputation as one of the great early-era racing drivers. Such is the endurance of his triumphs, that over 90 years later, the modern era of Bugatti hyper sports cars continues to pay tribute.

Just like the Chiron Pur Sport¹ ‘Grand Prix’ – designed for a collector as part of Bugatti’s ‘Sur Mesure’ customization program – making its first public debut at the Top Marques event in Monaco.

From June 9 – 12, the 17th edition of Top Marques takes place in the prestigious setting of Monaco under the high patronage of His Serene Highness Prince Albert II. Some of the most desirable automobiles of both past and present will gather in the Grimaldi Forum overlooking the Mediterranean Sea. The event, of which Bugatti is a core exhibitor, is considered the most exclusive car show in the world, if only because of the Monaco-based clientele.

Hendrik Malinowski, Managing Director – Sales and Marketing at Bugatti Automobiles, commented: “Top Marques Monaco is the ideal venue to introduce the Chiron Pur Sport ‘Grand Prix’ to many of our impassioned admirers. The customized hyper sports car is a tribute to the achievements of early racing pioneers who piloted Bugatti’s racing cars in the 1920s and 30s, and now it is returning home to the site of some of those heroic drives. Guests will be able to admire the level of detail and craftsmanship that our ‘Sur Mesure’ team has poured into the Chiron Pur Sport ‘Grand Prix’.”

Louis Chiron is not only the eponym for the Bugatti Chiron, but also one of the most successful racing drivers of the early 20th century. In 1931, he also won the French Grand Prix at Montlhéry in his Type 51 – an enhanced version of the legendary Type 35 – together with the brilliant Achille Varzi. The number 32 was resplendent in bold letters on their racing car and is so again on the Chiron Pur Sport ‘Grand Prix’.

This number – painted entirely by hand – is just one of a number of custom elements Bugatti developed especially for this vehicle. To pay homage to the legendary Grand Prix racing Bugattis of the 1920s and 30s, two new exterior colors were created as well as a hand-painted EB pattern for the front aisles, which is also repeated on the interior door panels. Both required new techniques and processes to be developed.

The ‘32’ and ‘Grand Prix’ motifs continue throughout the cabin, including a special center console inlay in black anodized aluminum, with a silver hand-painted inscription. The motifs extend to the door sills, headrests and entry lights. Subtle branding distinguishing the model as a rare and unique product of the program can also be found.

Bugatti ‘Sur Mesure’ builds on the brand’s many years of expertise in body construction, painting, handcrafted interiors and embroidery; it bundles the know-how of designers and engineers to meet the growing customer demand for individualized designs, materials and surface finishes. 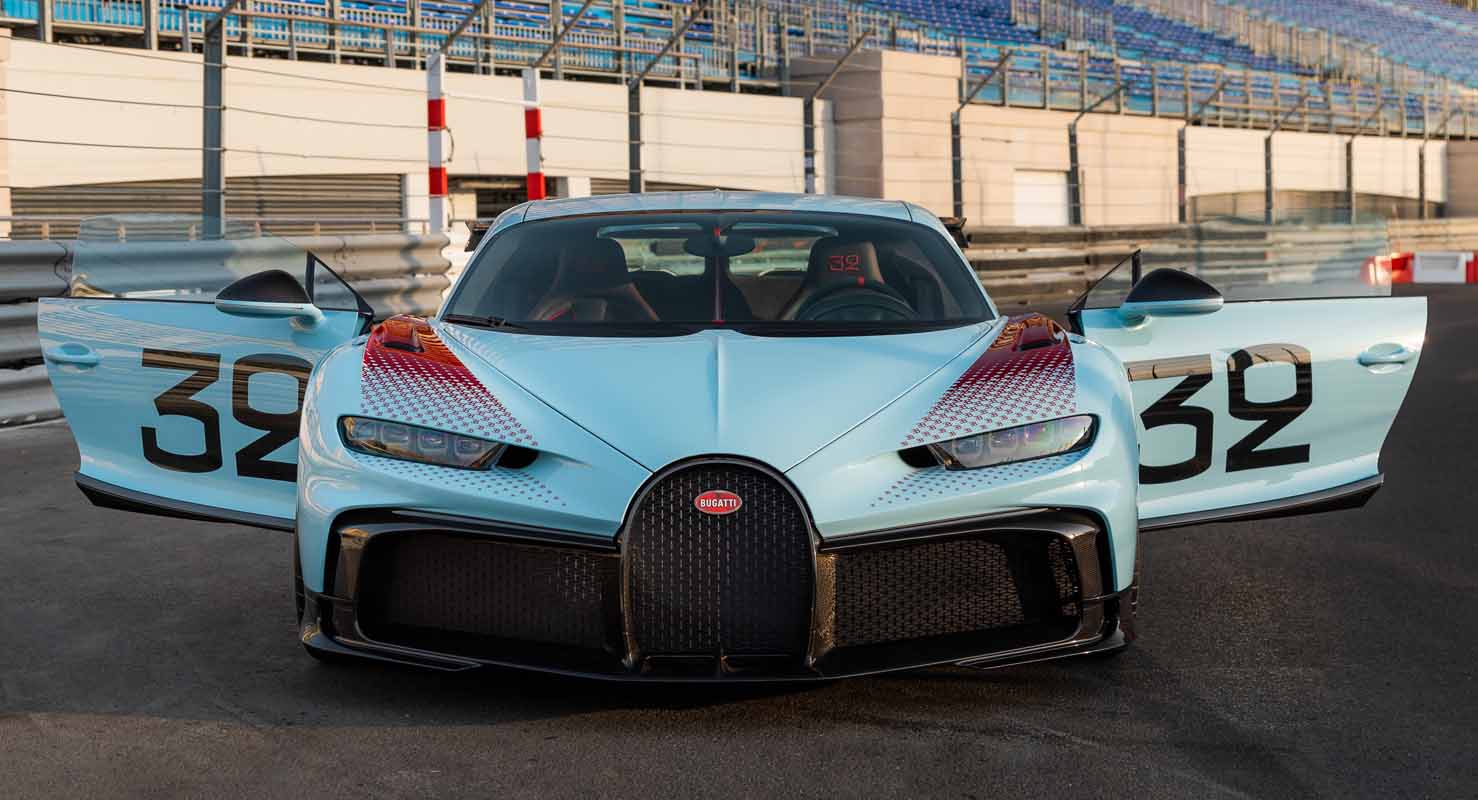 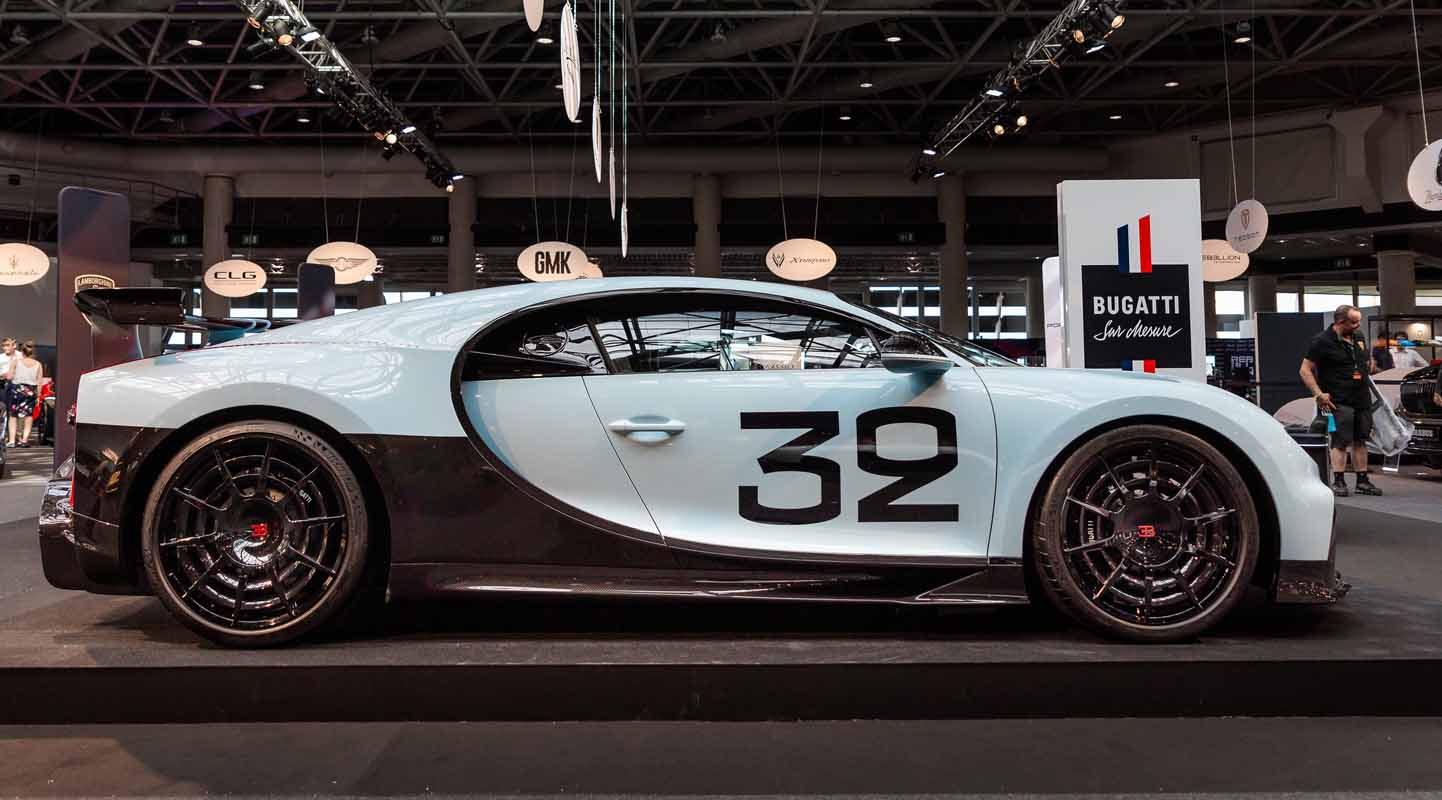 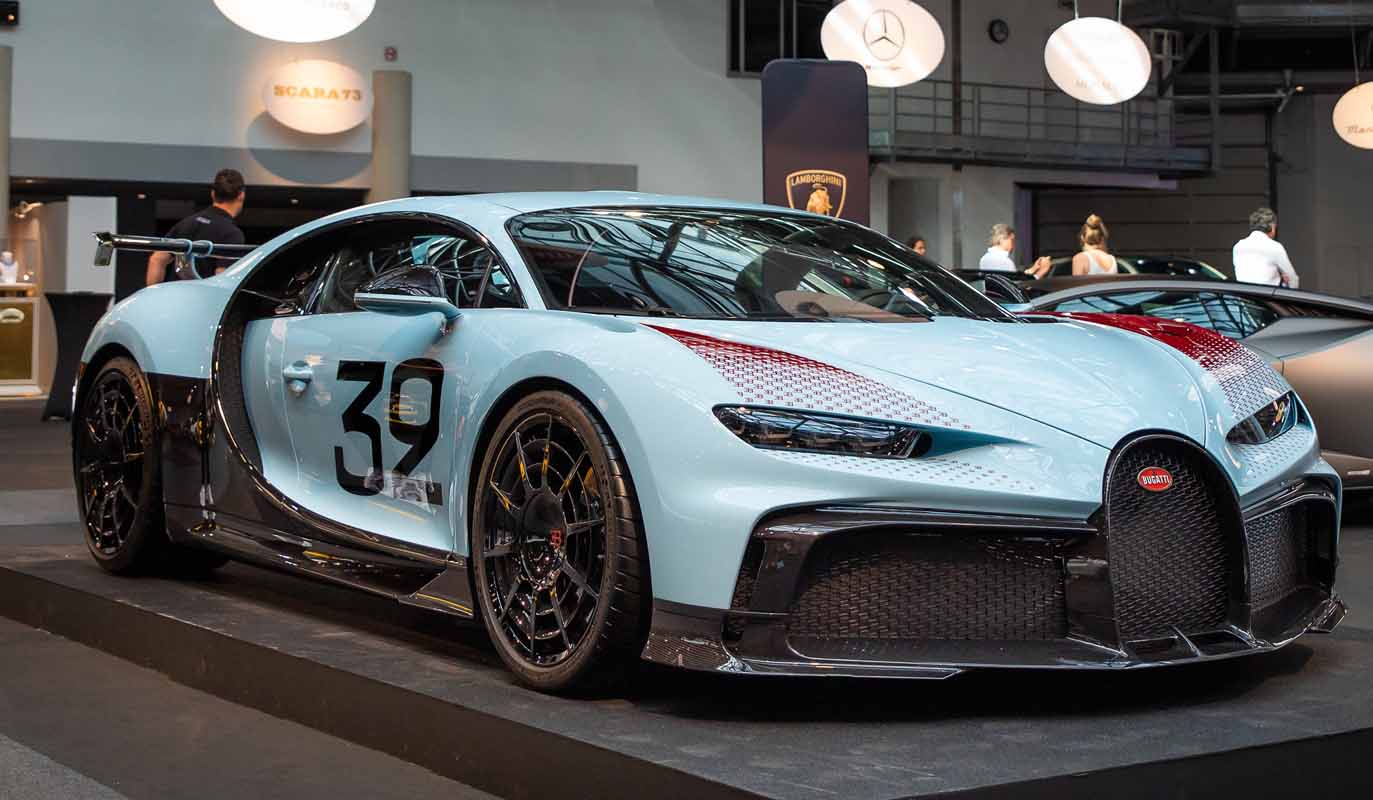 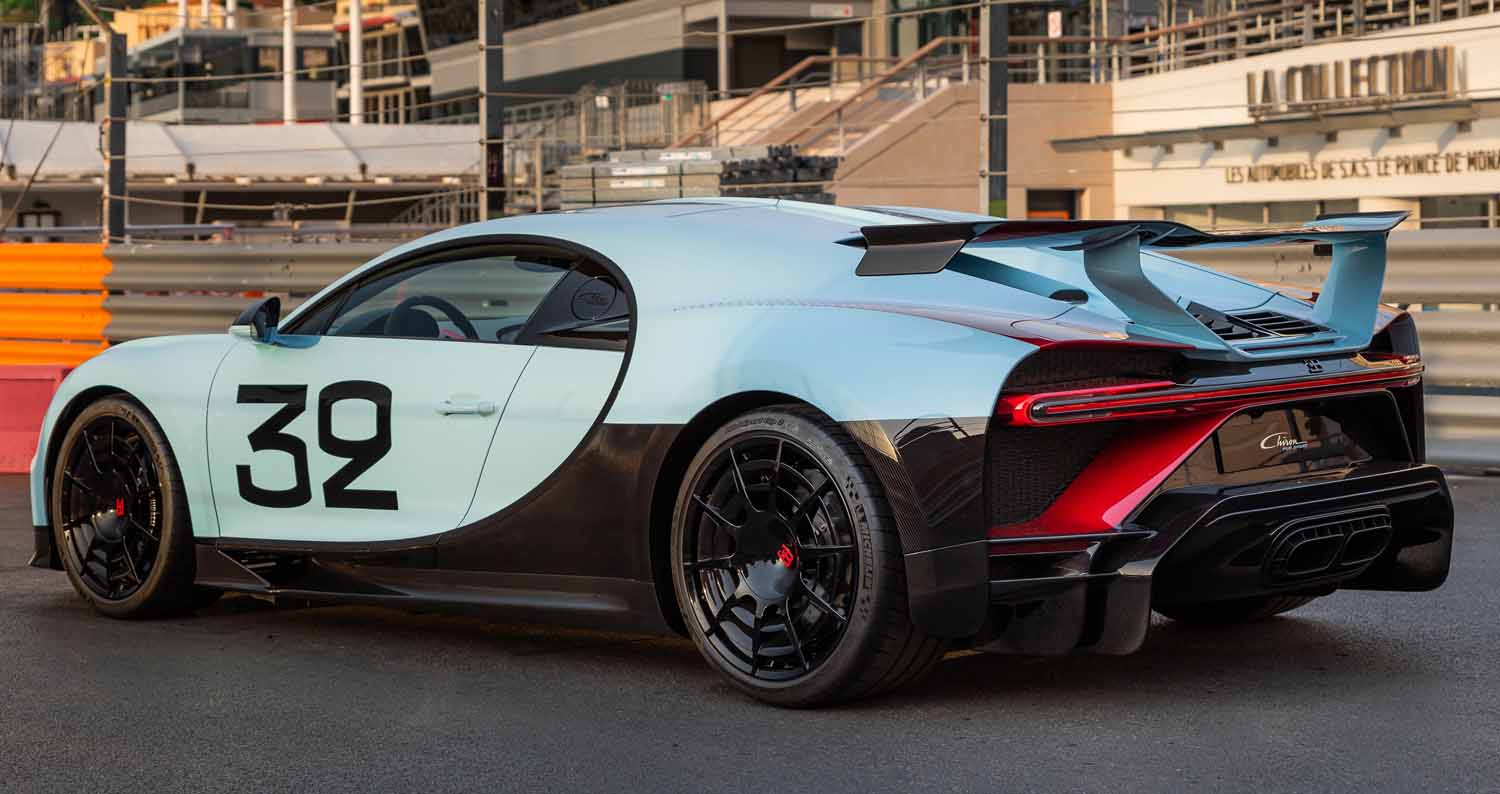 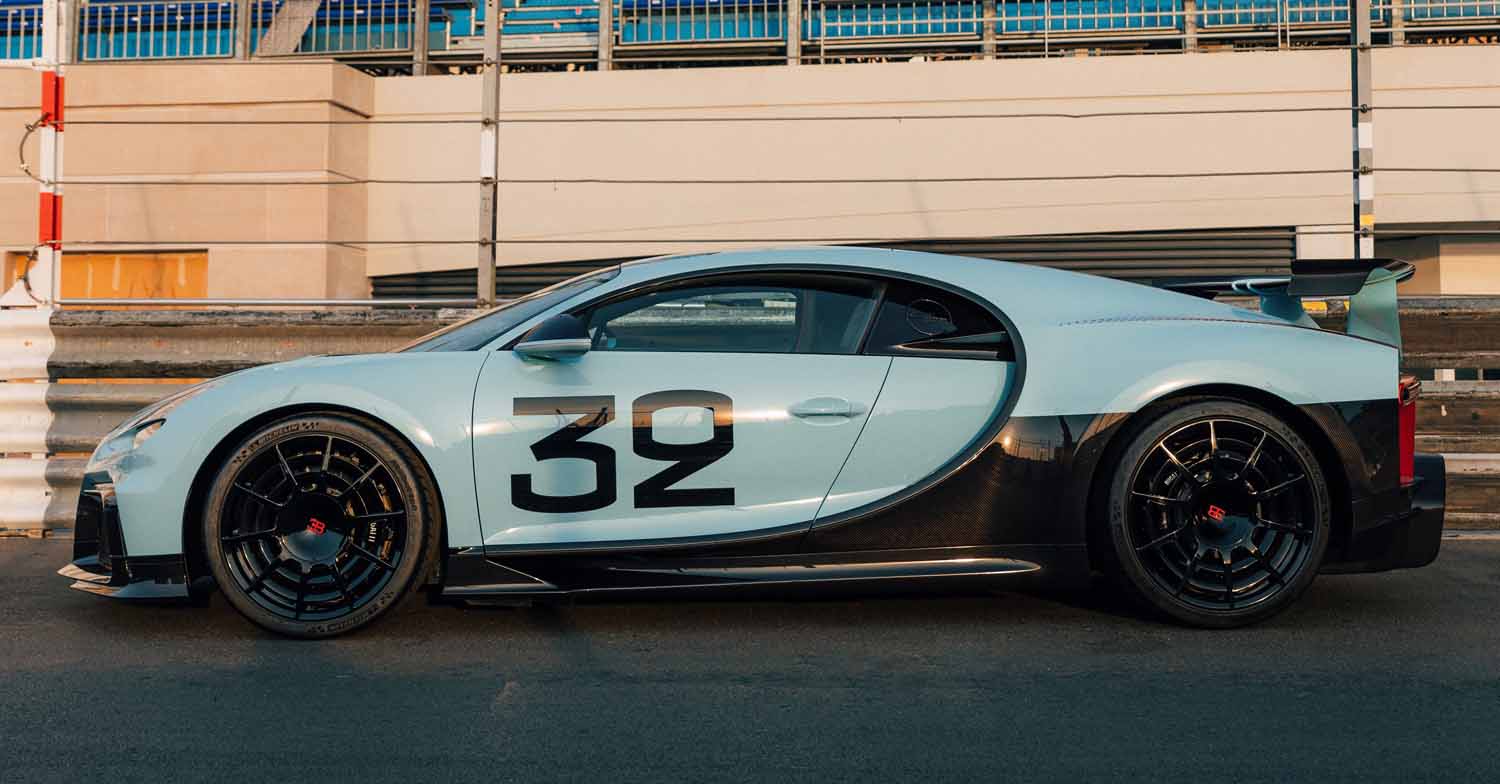 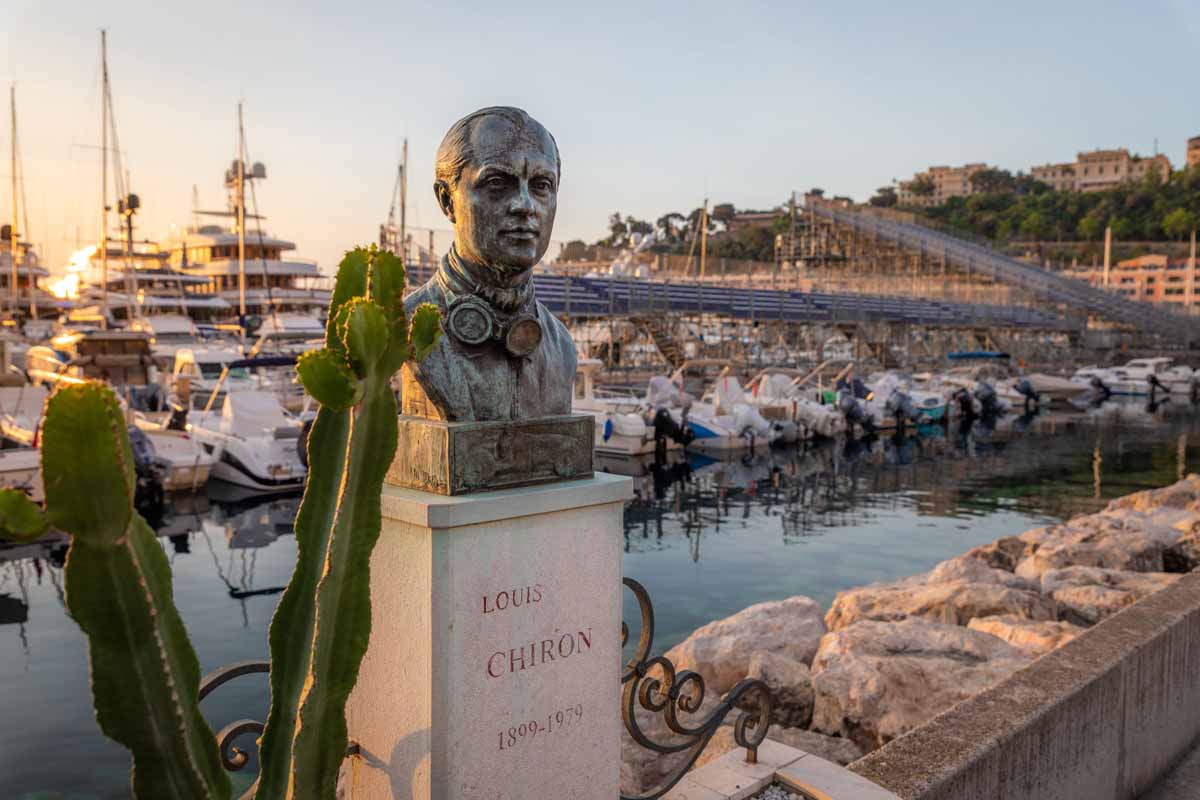 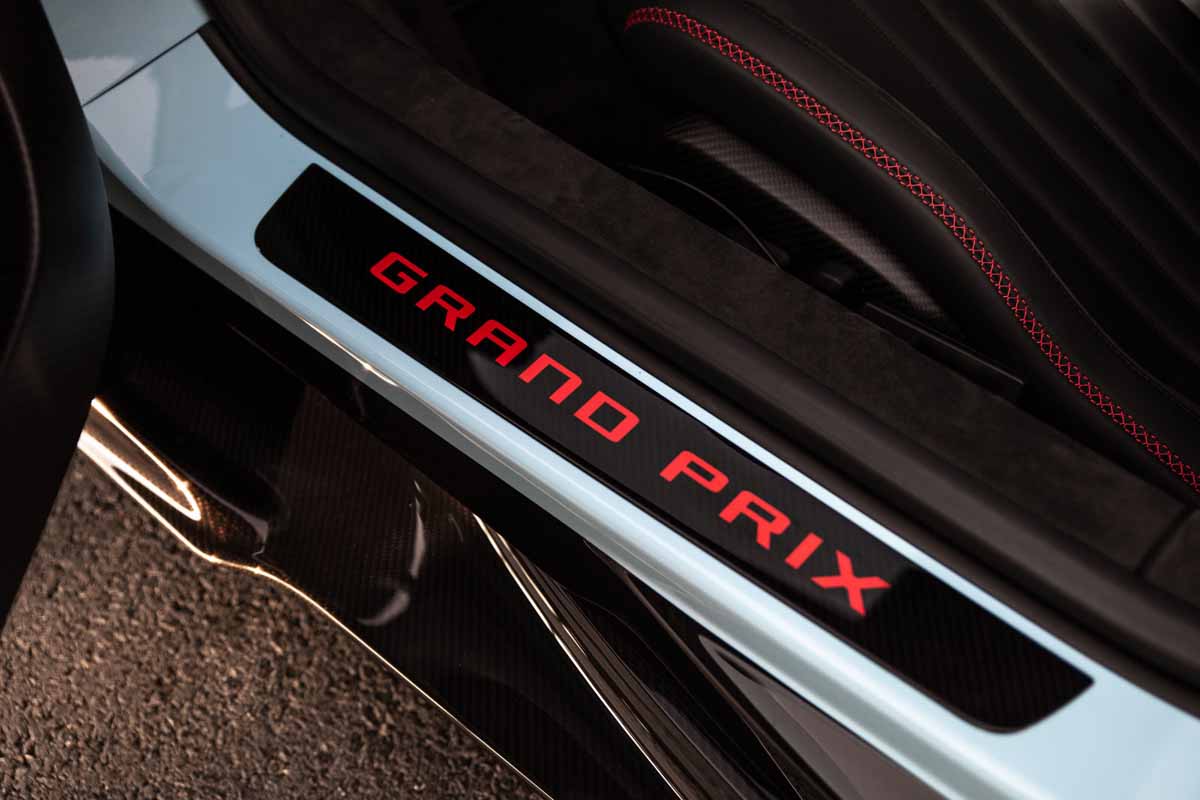 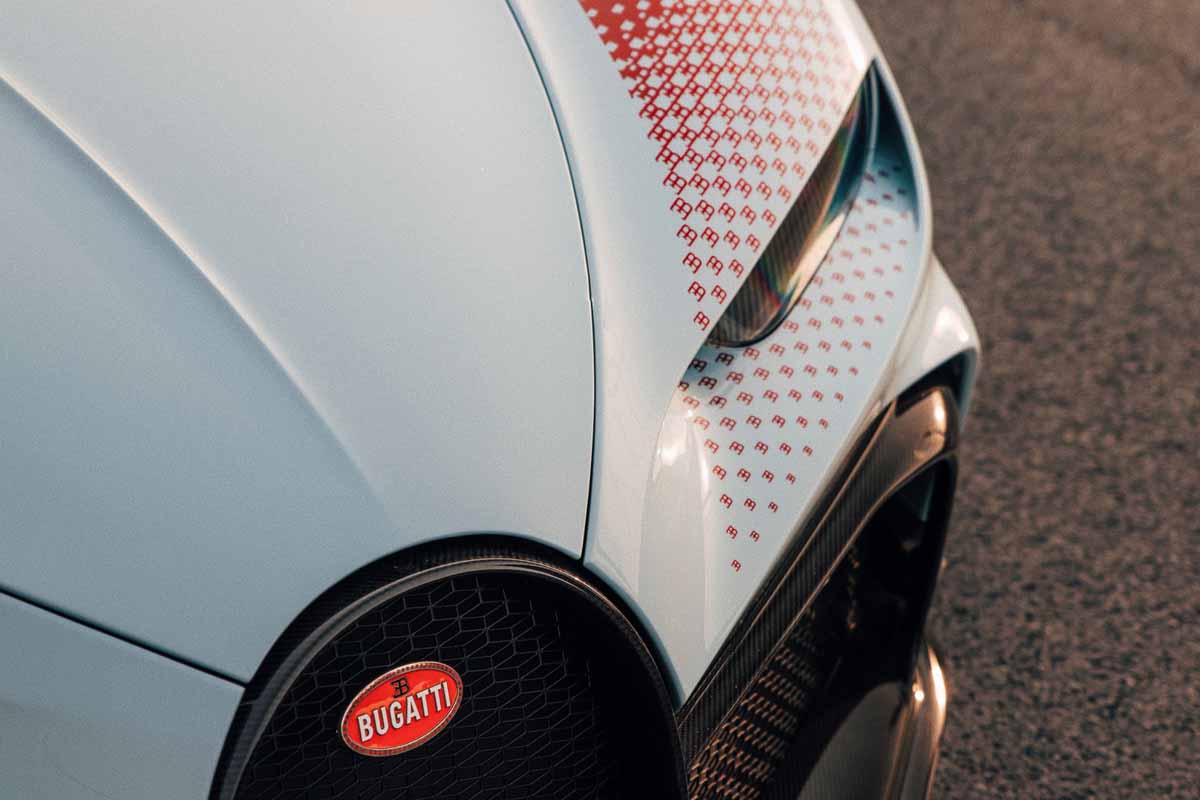 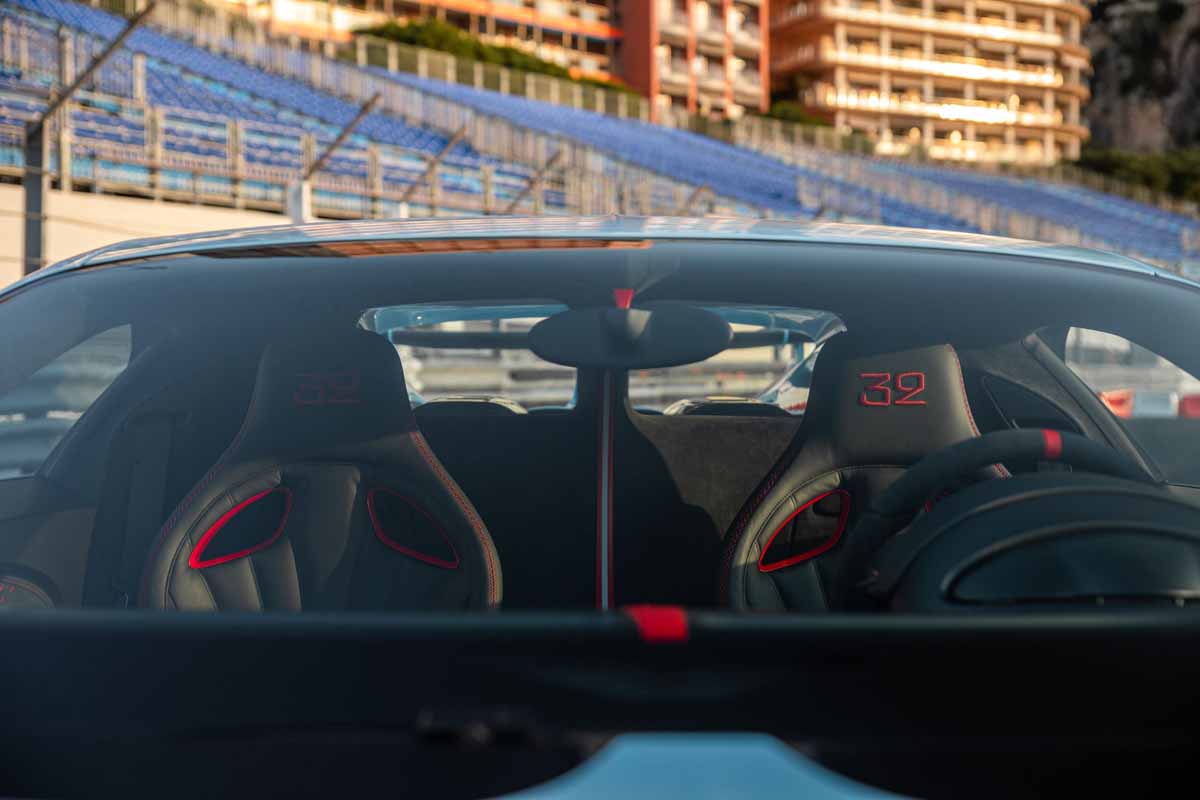 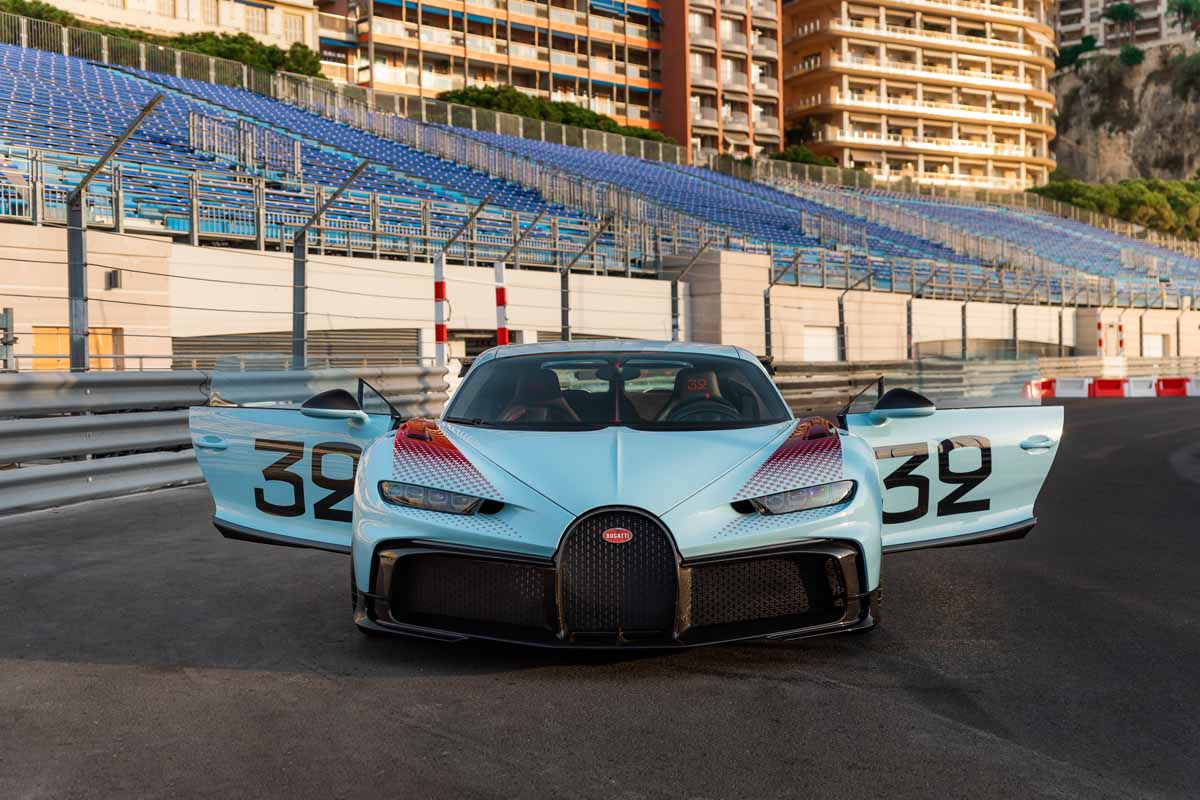 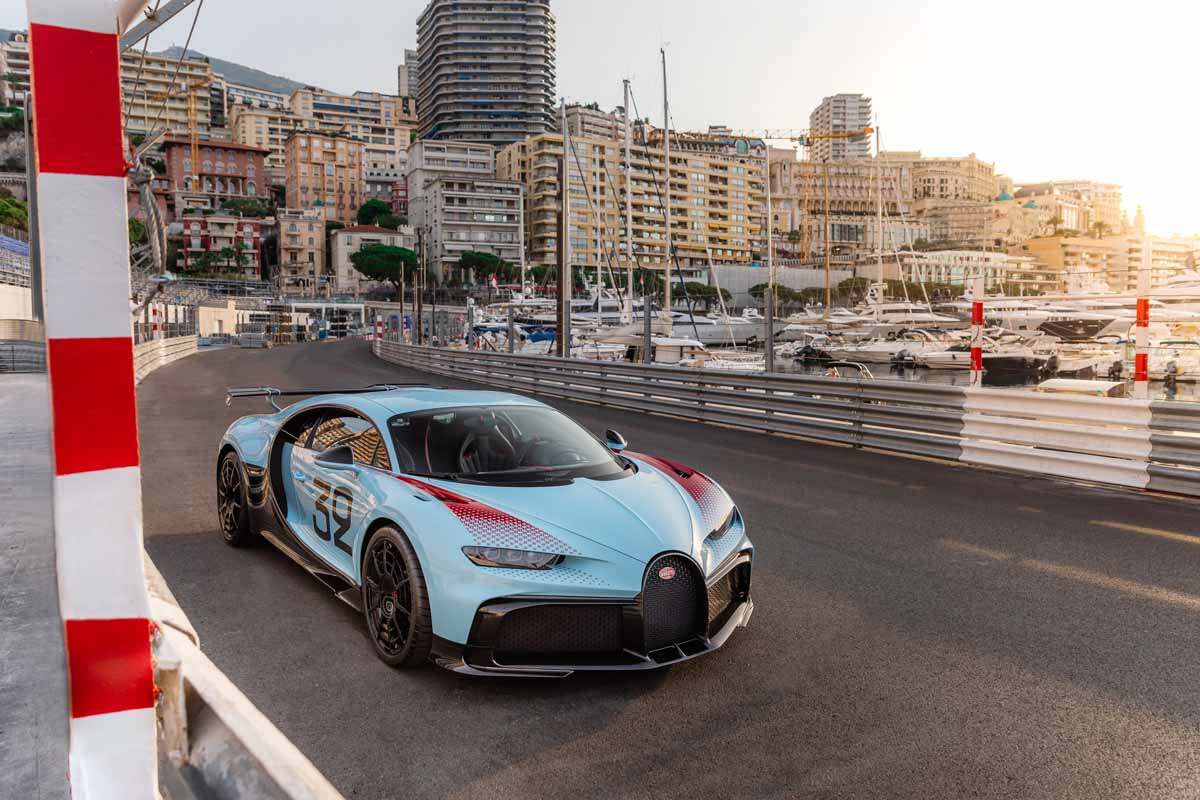 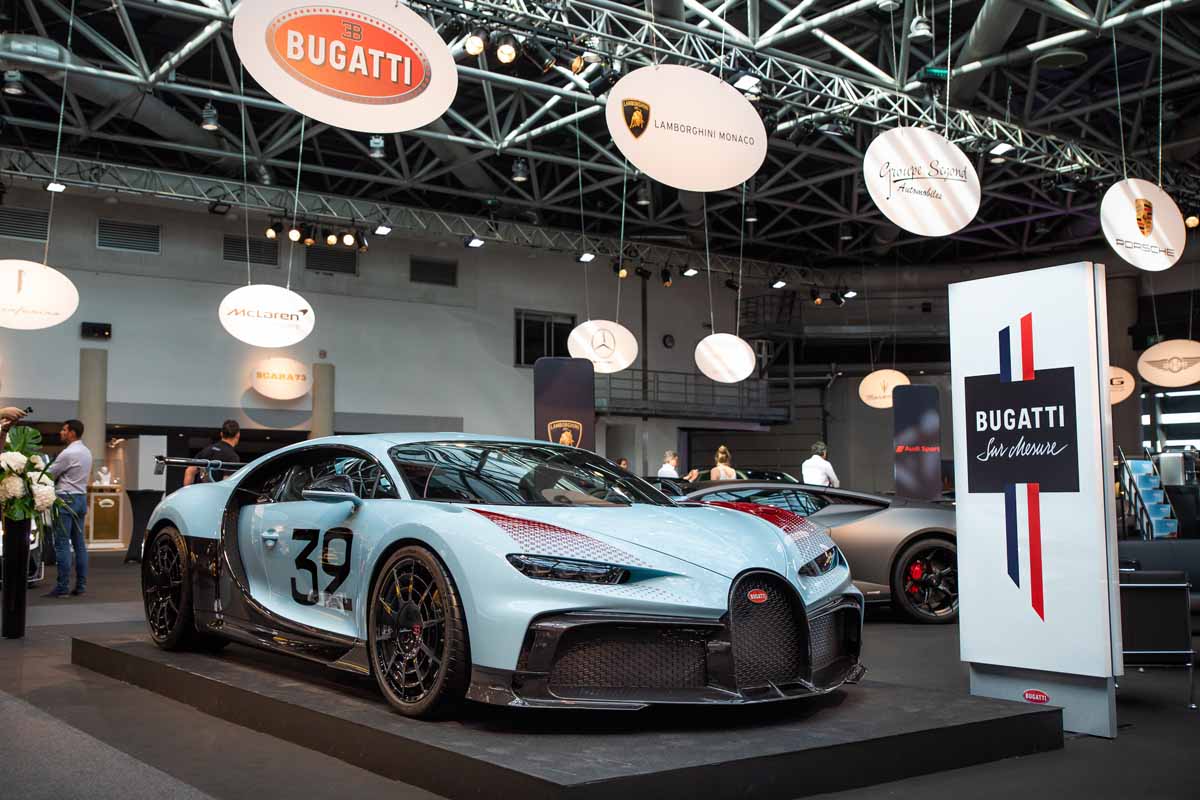 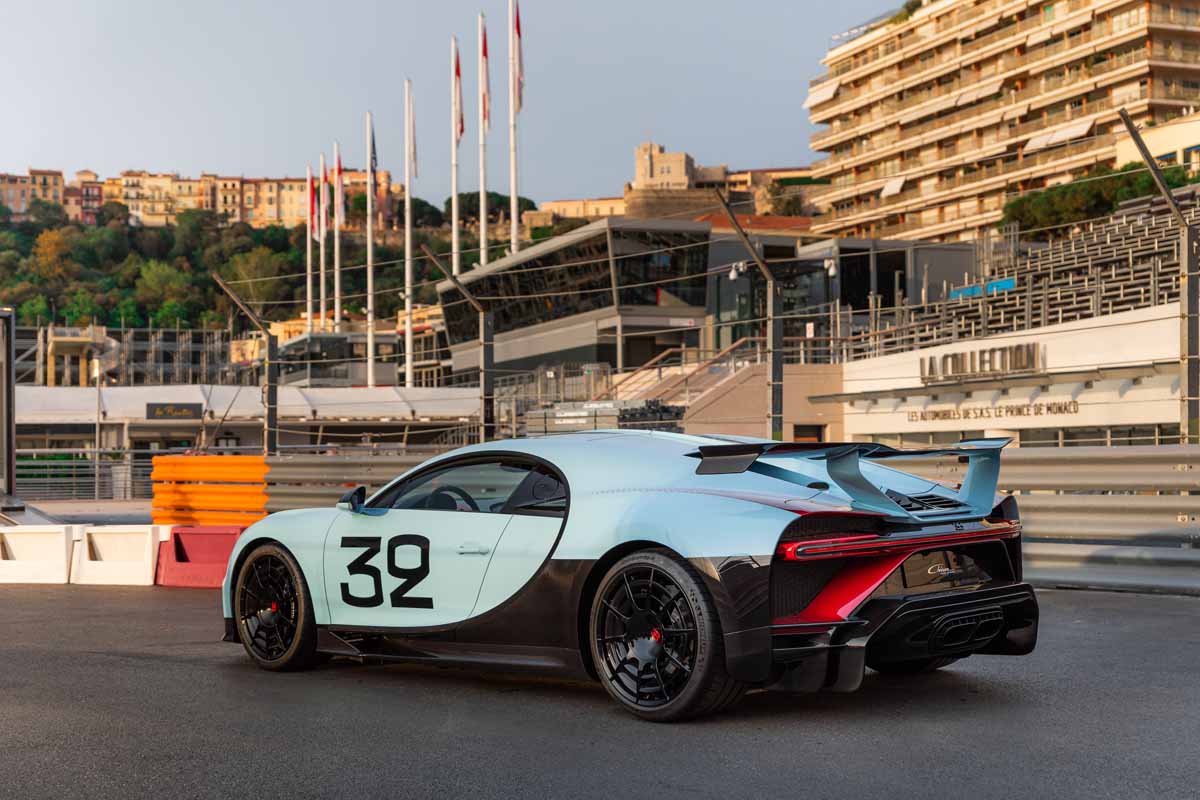