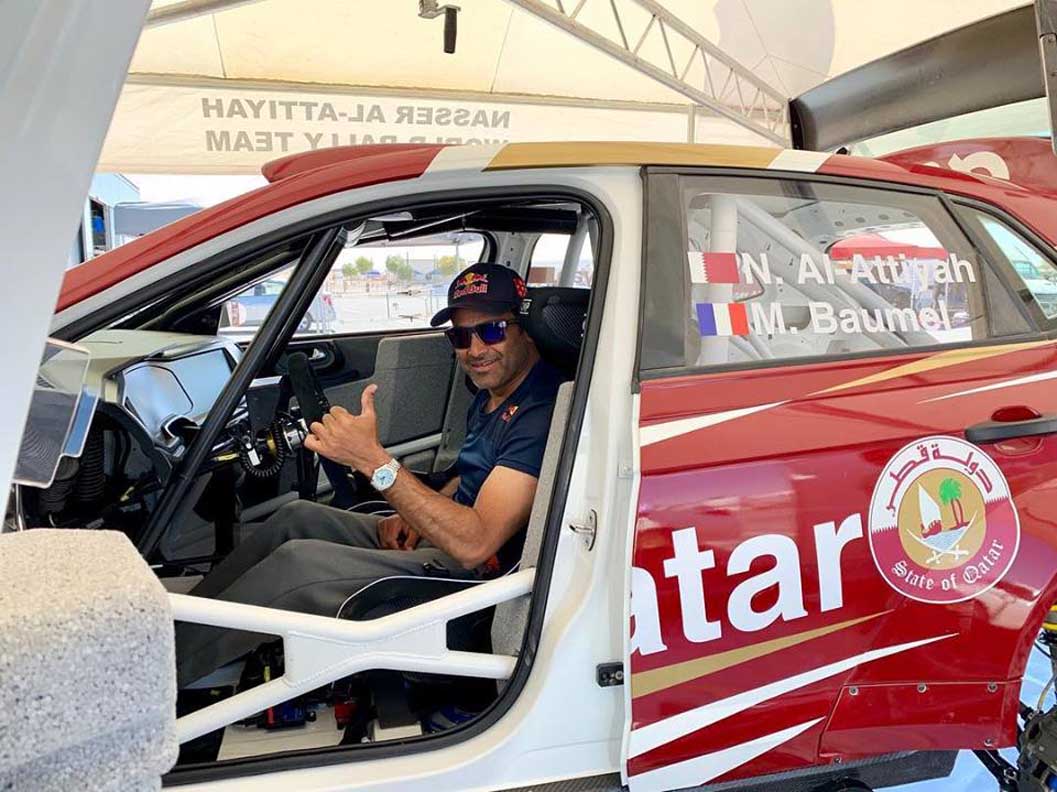 The opening round of the 2021 FIA Middle East Rally Championship (MERC) will go ahead under the strict Covid-19 protocols in force in the State of Qatar and has also moved forward by one day in the calendar.

The start ceremony will now be held at Katara on Friday evening (January 29th), followed by two days of gravel action in the Qatar deserts on January 30th-31st.

Both Al-Attiyah and Meeke endured different fortunes at the recent Dakar Rally and will both be looking to bounce back to winning ways in Qatar.

Al-Attiyah teams up with French navigator Matthieu Baumel to drive his usual Autotek Motorsport-run Volkswagen Golf GTi R5, while Meeke and navigator Sebastian Marshall will tackle their first ever round of the MERC in a Škoda Fabia R5.

Al-Attiyah will be aiming for a record-breaking 15th win on his home event and a staggering 76th career MERC success. A series of punctures cost the Qatari the possible chance of winning the Dakar Rally last week and he had to settle for second place in the overall standings.

Meeke drove a PH Sport Zephyr in the T3 category for lightweight prototype vehicles at the Dakar Rally and won the Prologue and final stage during a fraught debut in the dunes, where numerous niggles and technical issues cost him many hours and numerous time penalties. He eventually reached the finish in 41st overall in the SSV section.

But Meeke’s speed and competitiveness in traditional special stage rallies is far more impressive and Al-Attiyah will be hard pushed by the Ulsterman over the desert special stages in Qatar.

Meeke is a former winner of five WRC rallies between 2015 and 2017 and also won a similar number of rounds of the International Rally Challenge (IRC) in 2009 and 2010. 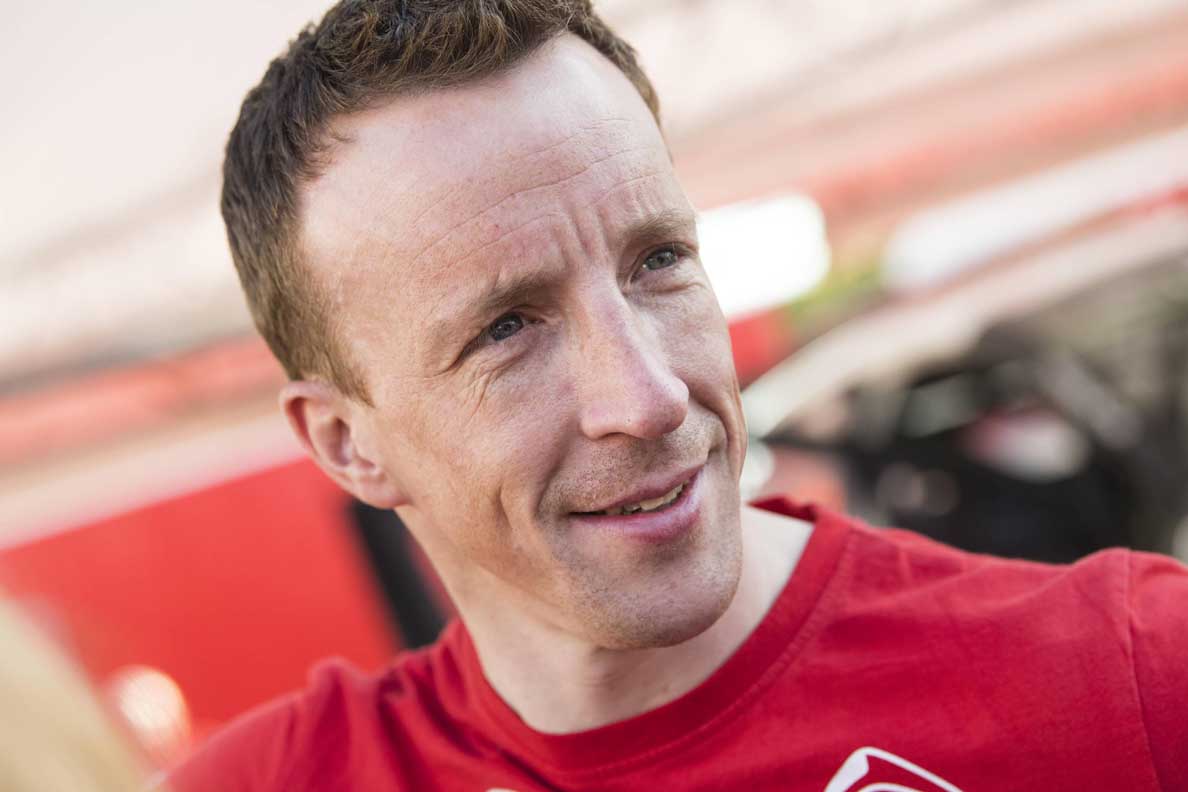 His most recent successes came at the contrasting WRC rounds in Mexico and Spain in 2017, but he left the WRC scene in November 2019 after a season with the Toyota Gazoo Racing World Rally Team.

“After my first experience of the Dakar, I am now looking forward to taking part in a traditional special stage rally in the desert,“ said Meeke.

“I’ve wanted to take part in one of these rallies for a long time and to compete against Nasser and the Middle East drivers will be a new challenge for me and Seb. The terrain will be new to us and I hear that we will need to be careful to avoid punctures. But we are both looking forward to this new and exciting challenge.”

Seven R5s grace the impressive field for the regional series opener with the likes of Qatar’s Abdulaziz Al-Kuwari, Nasser Khalifa Al-Atya, Sheikh Suhaim Al-Thani and Khalid Al-Suwaidi and Oman’s Abdullah Al-Rawahi also likely to be challenging for a podium finish.

Eight teams will challenge for honours in the MERC 2 Championship in a range of Mitsubishis and Subarus entered in the NR4 group.

Lebanon’s Henry Kahy will again be looking to try and win the MERC 3 title in his two-wheel drive Škoda Fabia.

Qatar’s Khalid Al-Mohannadi and Lebanon’s Jad Al-Aawar have taken advantage of the ruling permitting the use of FIA-homologated T4 vehicles on regional MERC gravel rallies and will tackle the event in their respective Polaris and Can-Am Maverick X3, subject of course to FIA technical scrutineering.

The QMMF will also run a national event behind the main MERC rally. Qatar’s Ahmed Allouh and Ahmed Al-Mohannadi are two names to feature on the draft list.

This year’s rally will be held under the chairmanship of QMMF President Abdulrahman Al-Mannai, senior committee member Abdulrazaq Al-Kuwari and the QMMF’s Executive Director Amro Al-Hamad. 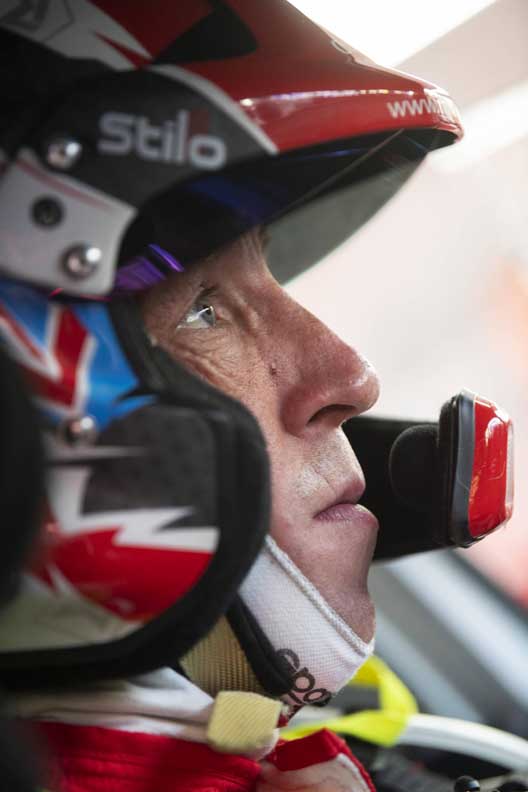